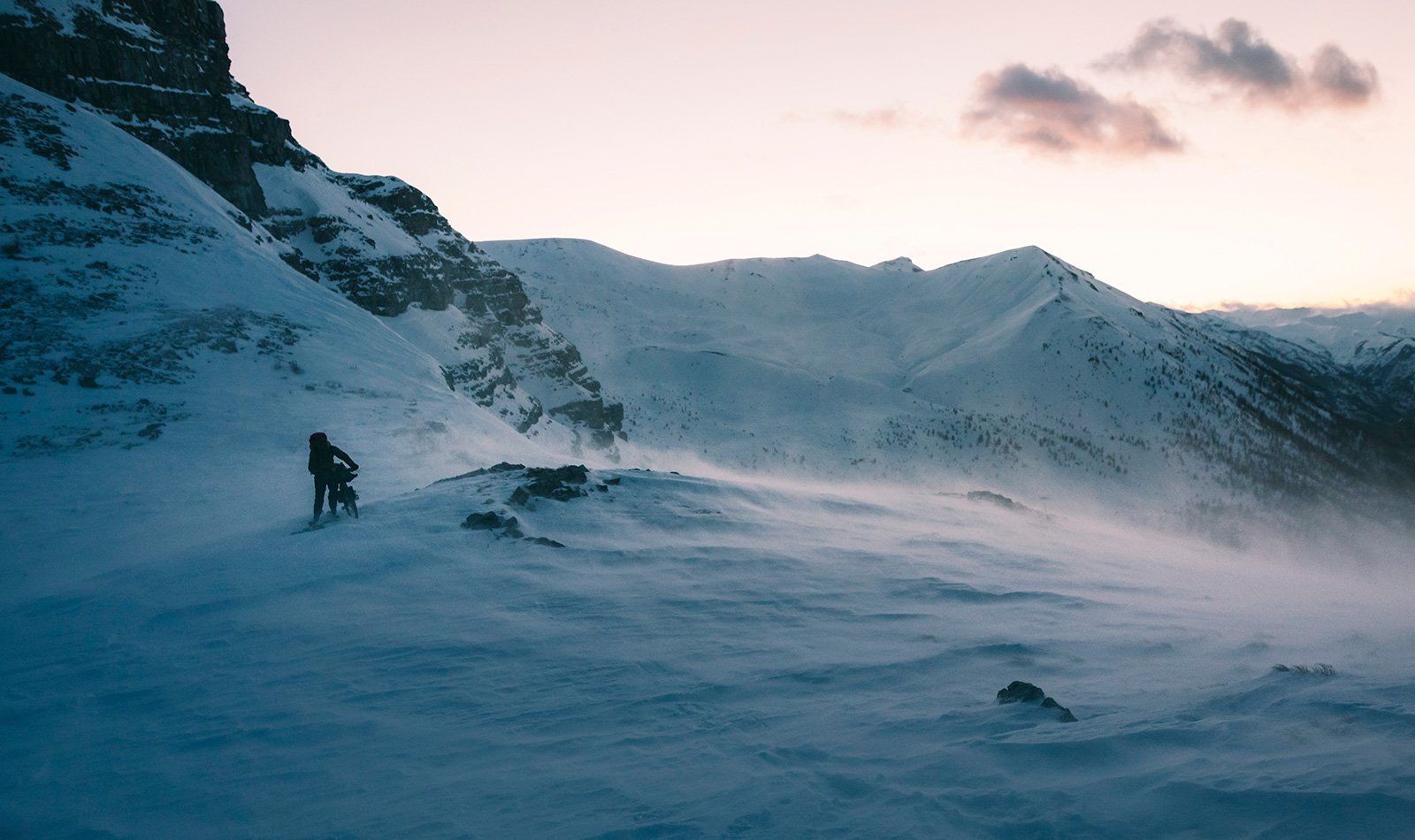 This is the first step of my 20-day adventure through the Mercantour, France: the region I grew up in. I’ve packed with care, bringing only the gear I trust to help me cope with the extreme weather conditions I expect in the mountains there, and have attached everything to my bike. I am ready.

It wasn’t supposed to begin like this. After travelling in a van for two years through Mexico, Guatemala, Canada, and the United States, my plan had been to come back to France and prepare for a world tour by bike. As Covid hit, I chose to bike across the Pyrenees with my friends. Now, long pandemic months later, I feel the need for a smaller solo trip in winter to challenge myself while still being respectful of the environment – human-powered travel in the mountains, the way I like to do things.

So here I am, skis attached to each side of my bike along with the 50kg of gear I will have to carry for every kilometre along this journey. My start is in the Massif de l’Esterel, a place where landscape and water intertwine beautifully. I put up my tent next to the sea and think about the very different climate I will have to deal with along the road.

Next stop: Gréolières-Les-Neiges, where I will meet my family and we’ll go on a hike together. Climbing again is long and difficult, especially as I have not biked since my Pyrenees trip in July 2020. What a pleasure to feel the burn in my muscles again! In the middle of the ascent, a biker overtakes me. Later, I find him again at the side of the road, waiting for me, ready to take a selfie together. ‘That’s a big load you’re carrying!’ he jokes. I always find my interactions with people during these trips so rewarding; everyone is always so curious to learn about my journey. 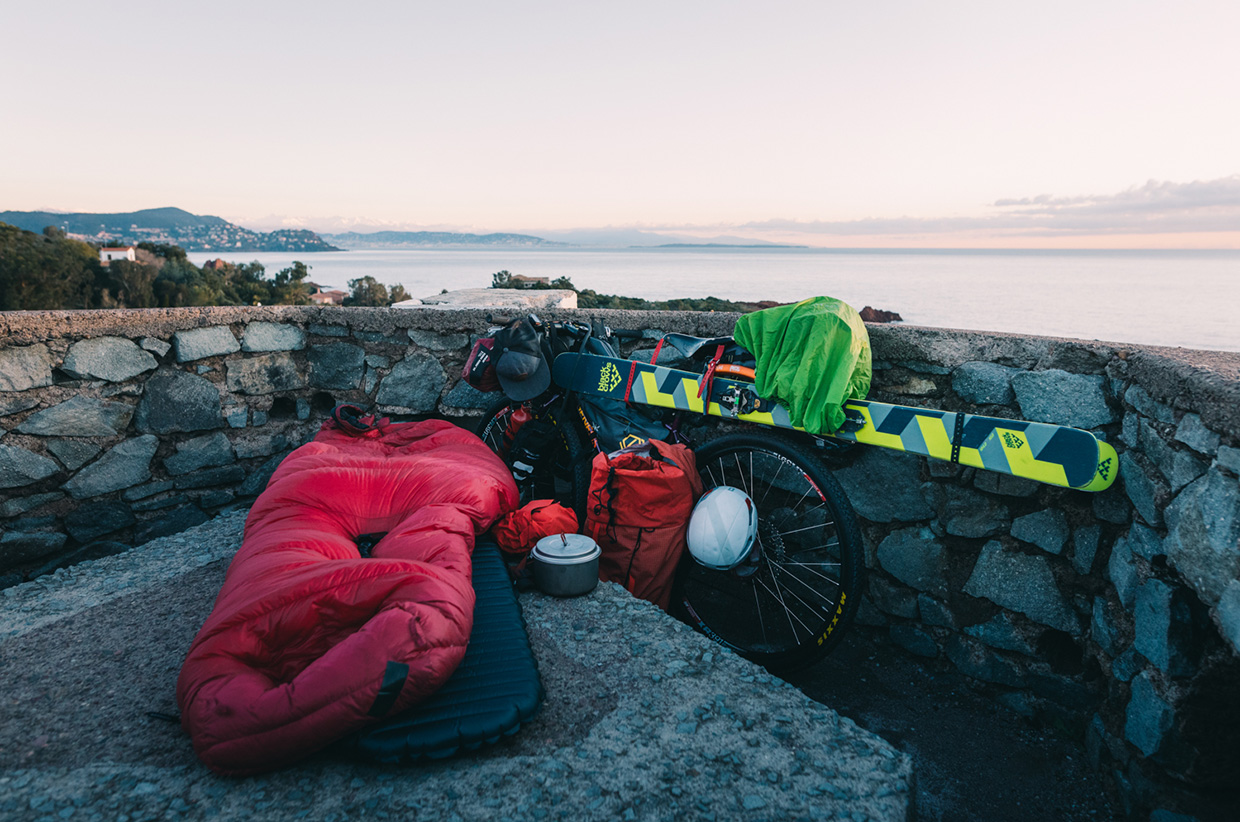 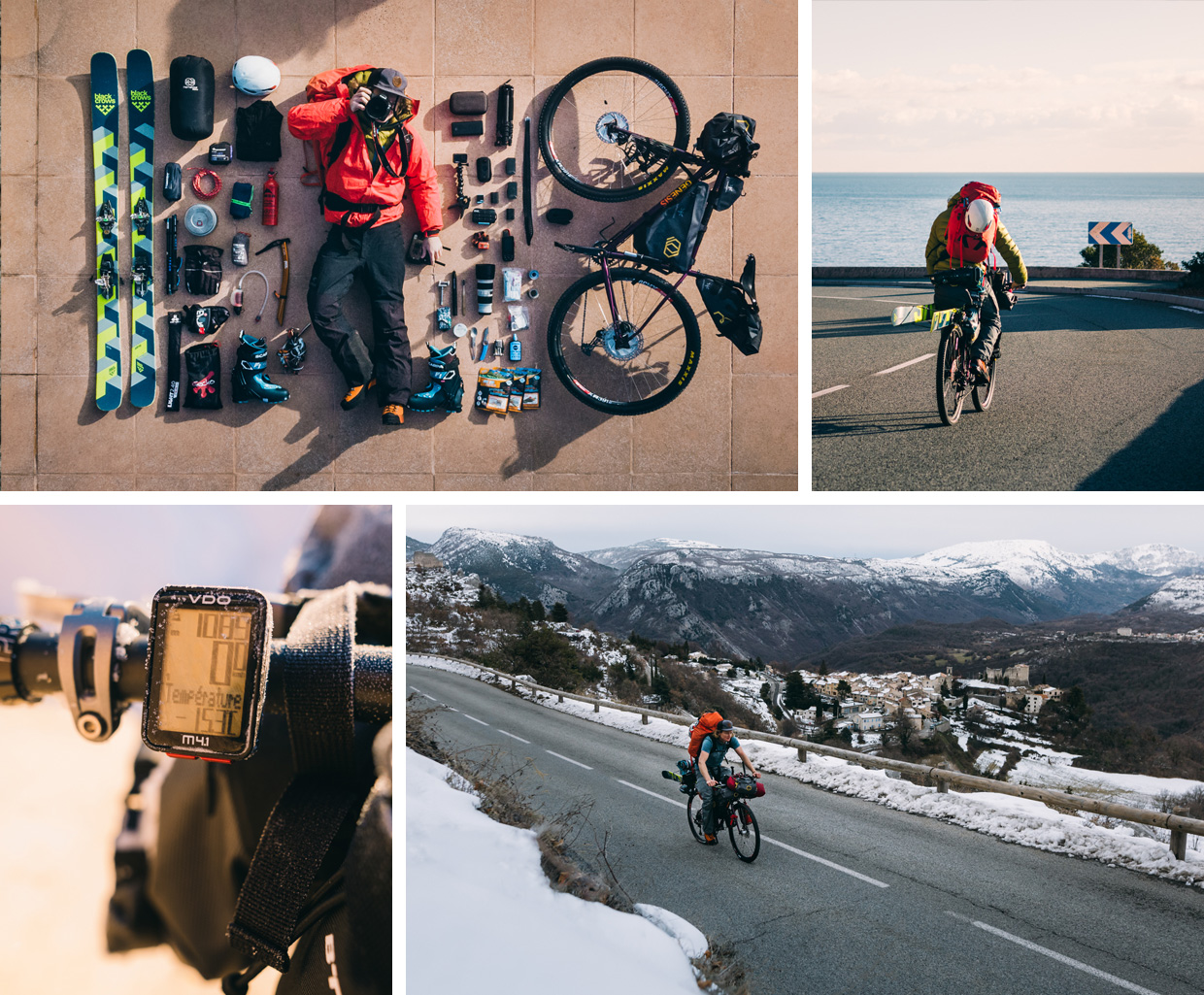 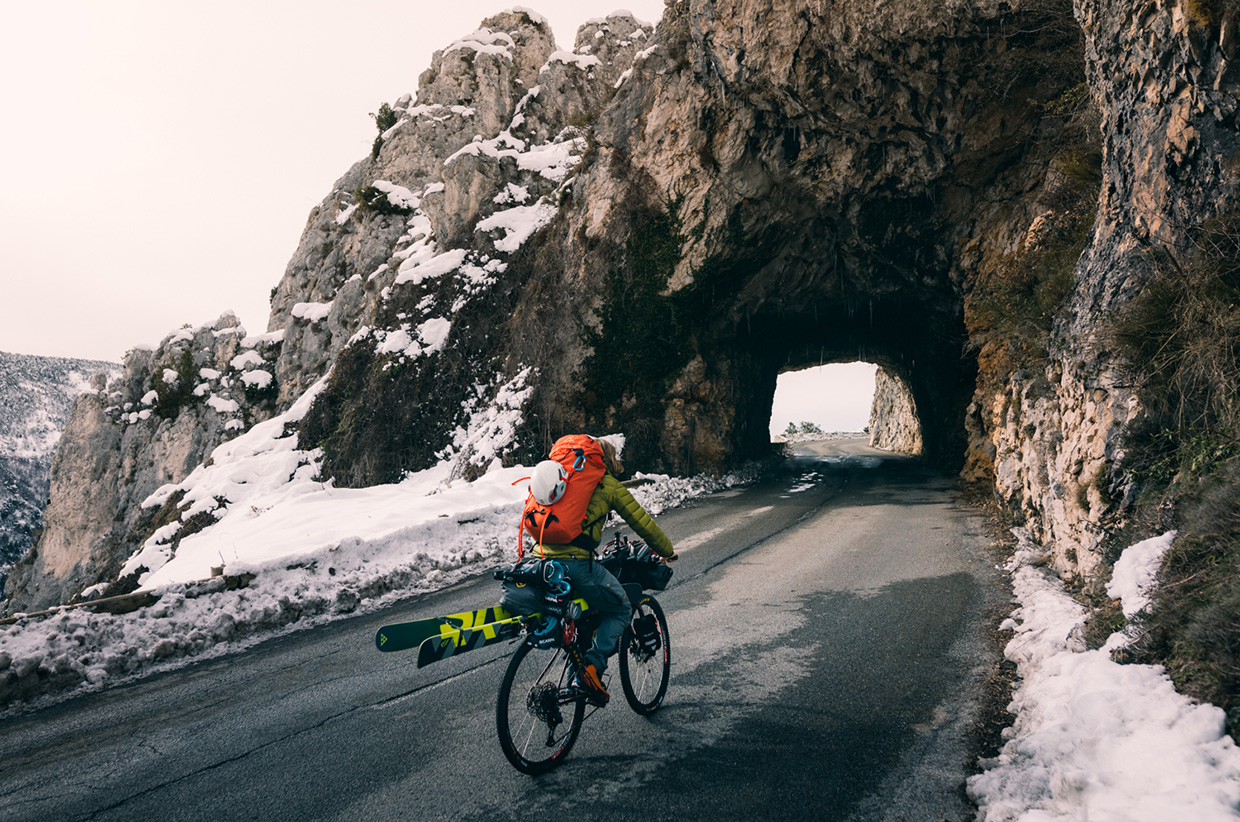 Next morning I wake up next to a sports centre in a village called Carros. As I start to get ready in my tent, a few staff members, perhaps curious to learn more about the little shelter’s occupant, come and offer me a shower, some tea, and to talk for a bit. ‘Are you heading up into the mountains?’ ‘How will you ski and bike at the same time?’ – I answer their questions as best I can while I hold the mug of tea close in my hands, enjoying the warmth, a curl of steam rising into the cold air. Moments like this make the whole journey worth it and motivate me to keep going. I can’t describe how beautiful the feeling of meeting such kind humans is, especially after so much time alone on my bike.

A few days later, I finally leave the Nice region and start climbing through the rugged terrain of the Mercantour Valley, where rocky slopes rise up into the crisp, cold air and snow increasingly dominates the landscape. I can feel the mountains ahead. After a bivouac in the mountains with two friends I meet in the ski town of Isola 2000, I soon arrive in a village at the end of the Vallée de la Tinée, where the winter temperatures are often extremely cold – challenging conditions for camping. I’m about to lay down my sleeping bag for a discreet bivouac next to a football stadium when the vice-mayor comes over and says hello. ‘You can’t sleep outside in this weather,’ she tells me. ‘You’ll die frozen!’ I protest – this isn’t the first time I’ve done this, and my gear is more than adequate – but she won’t hear of letting me sleep outside in the cold. In the end she calls the mayor to open up a cottage in the village, closed due to the pandemic, just for me. I feel overwhelmed with gratitude.

The next big step is the Col de la Moutière, next to Col de la Bonnette. Both are closed to traffic in winter. I know that La Bonette would be too dangerous to try and cross alone, so I decide to attempt La Moutière. It’s brutal. The wind slams against my body, but I finally reach the summit after 11km and a climb of 950m. The cold is biting deeply when I reach the summit of the pass. As I struggle more and more with the bike getting stuck in the snow, I decide to get off and push it next to me. The weather is so cold, but thankfully I find an old bunker to spend the night. I lie in my sleeping bag in the darkness and listen to the wind whistling through eroded concrete apertures that once looked out on a disputed borderland. It’s a wild, remote place, and I feel far from human contact and kindness. Temperatures dip to -15°C that night. 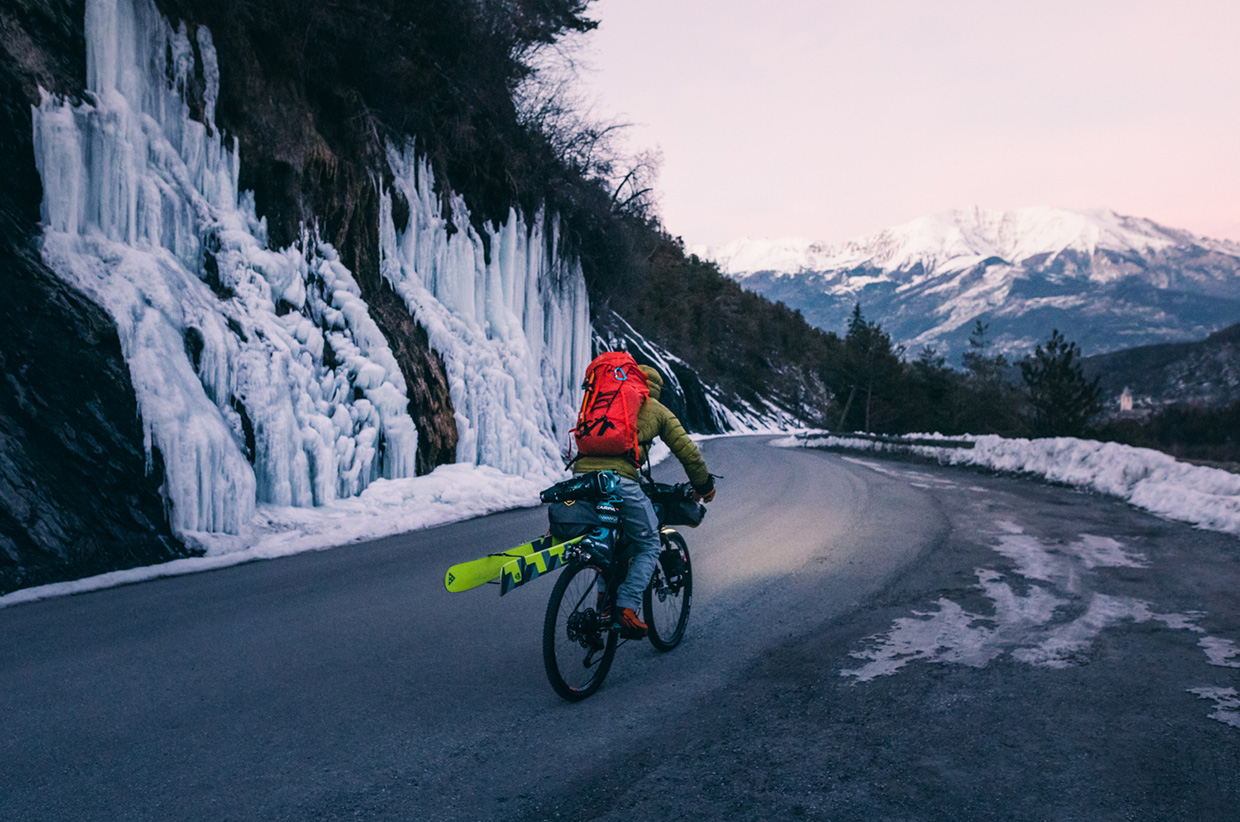 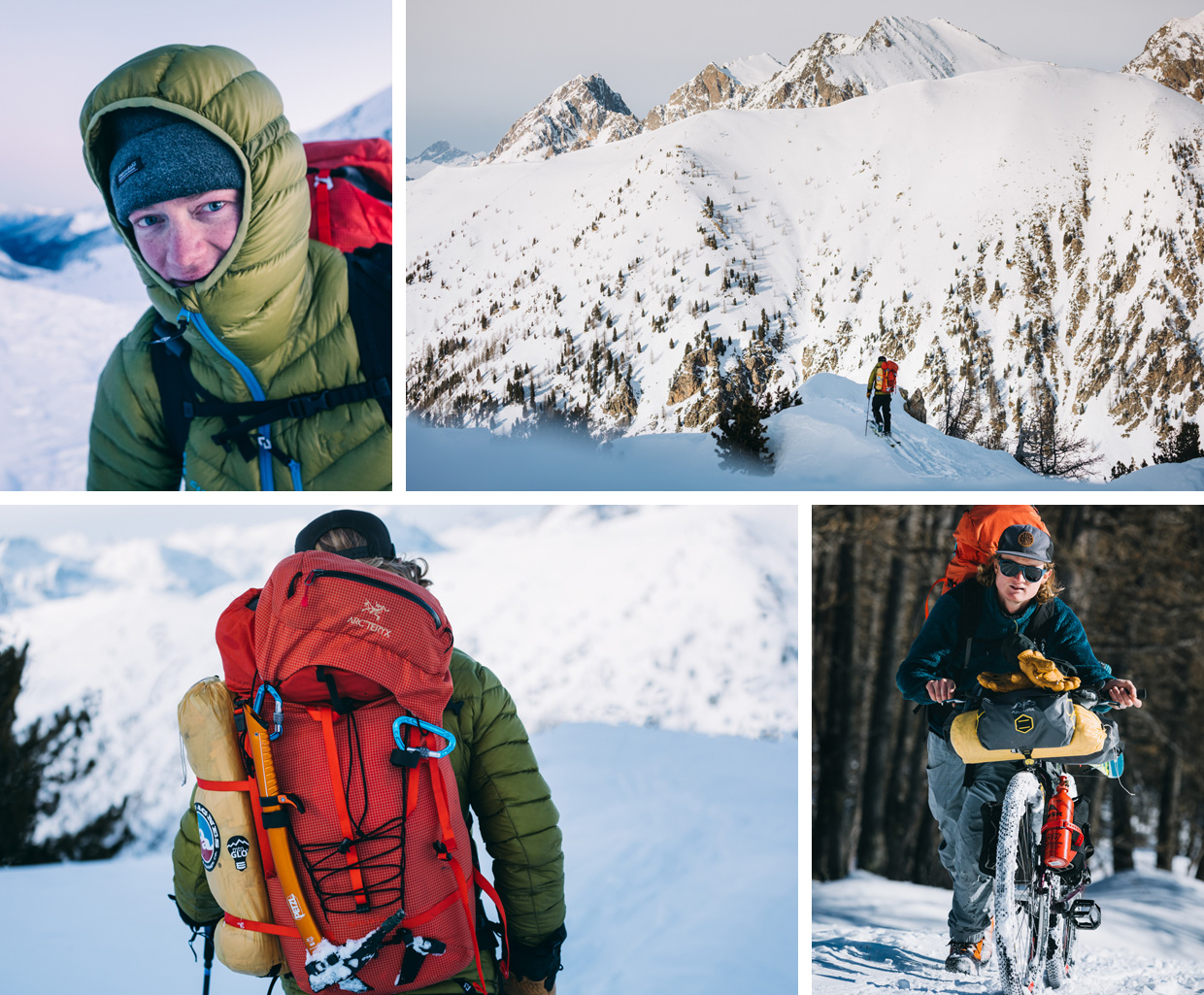 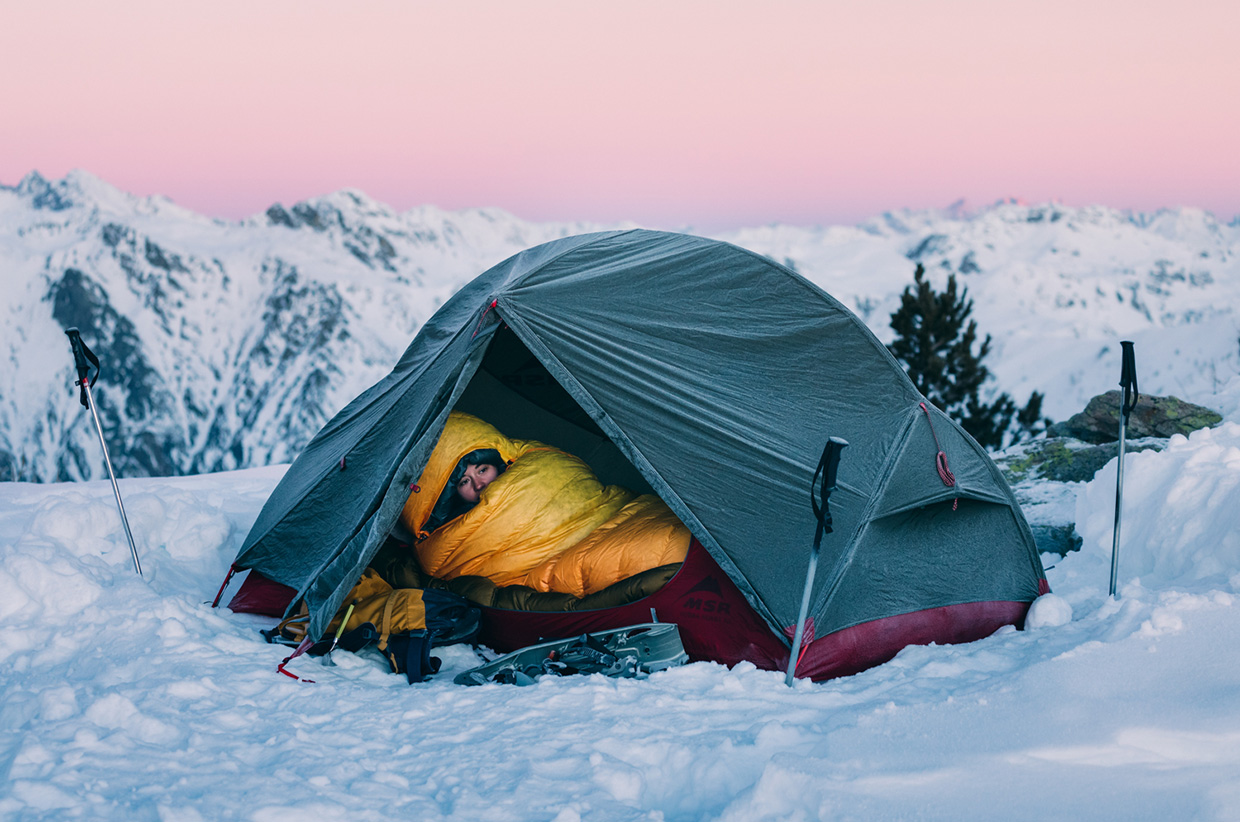 I may draw strength from others on the road, find human contact indescribably precious, but the true moments of such journeys happen in solitude, when I can draw only on my own strength to see me through to the end.

Light and cheerfulness return the next morning. I look down on the sweep of snow to the forests beneath – wildness and beauty and nature combined.

The last difficult climb of the trip comes the next day, and the Allos summit takes a lot out of me. I struggle through the deep snow for 15km and ascend 1,500m in altitude. This is hard. So hard. The last 8km take me 6 hours as I struggle to push the bike through the snow with the skis on my boots. I am tired, but I need to do it. I am so close.

I reach the peak at 8.30pm, exhausted, but so relieved to finally be here. I can feel the excitement and pride as I make my last step. I did it – I widened my comfort zone and went through all that alone. I may draw strength from others on the road, find human contact precious beyond measure, but the true moments of such journeys happen in solitude, when I can draw only on my own strength to see me through to the end. 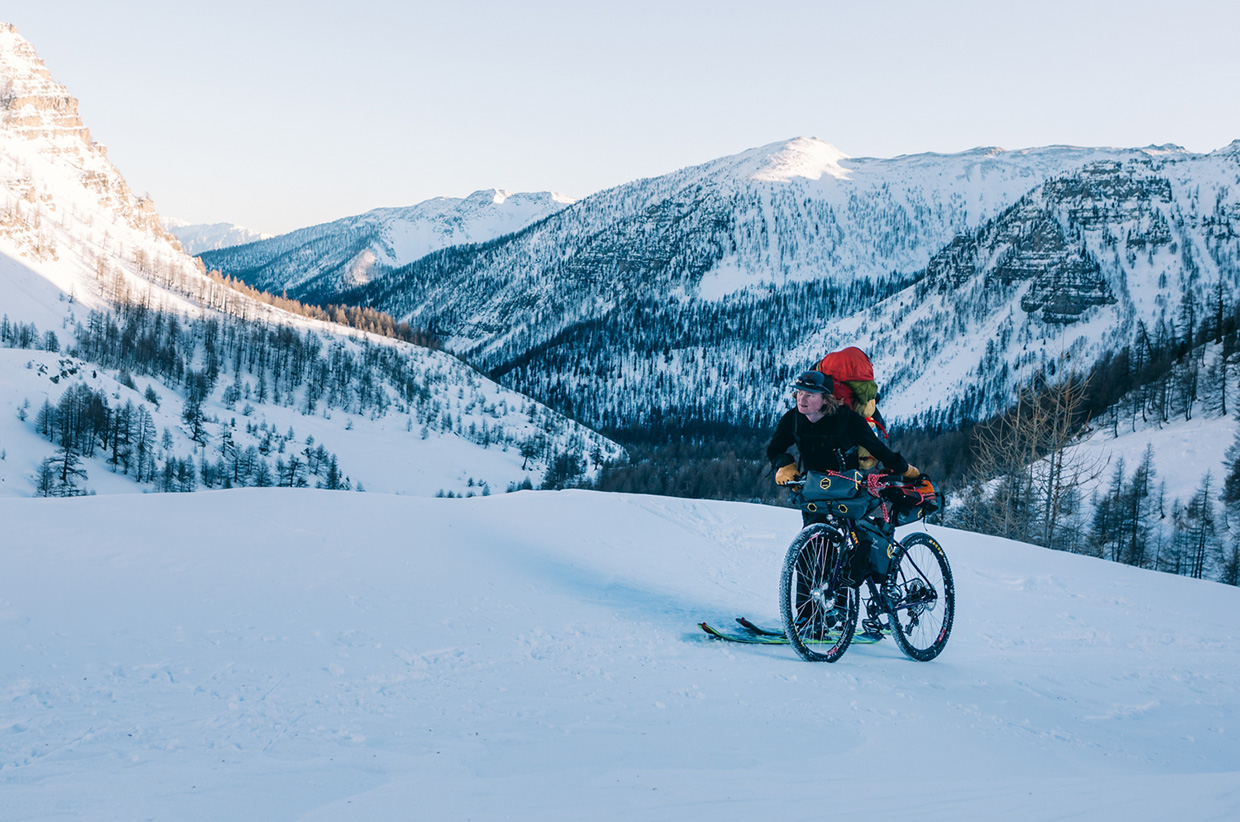 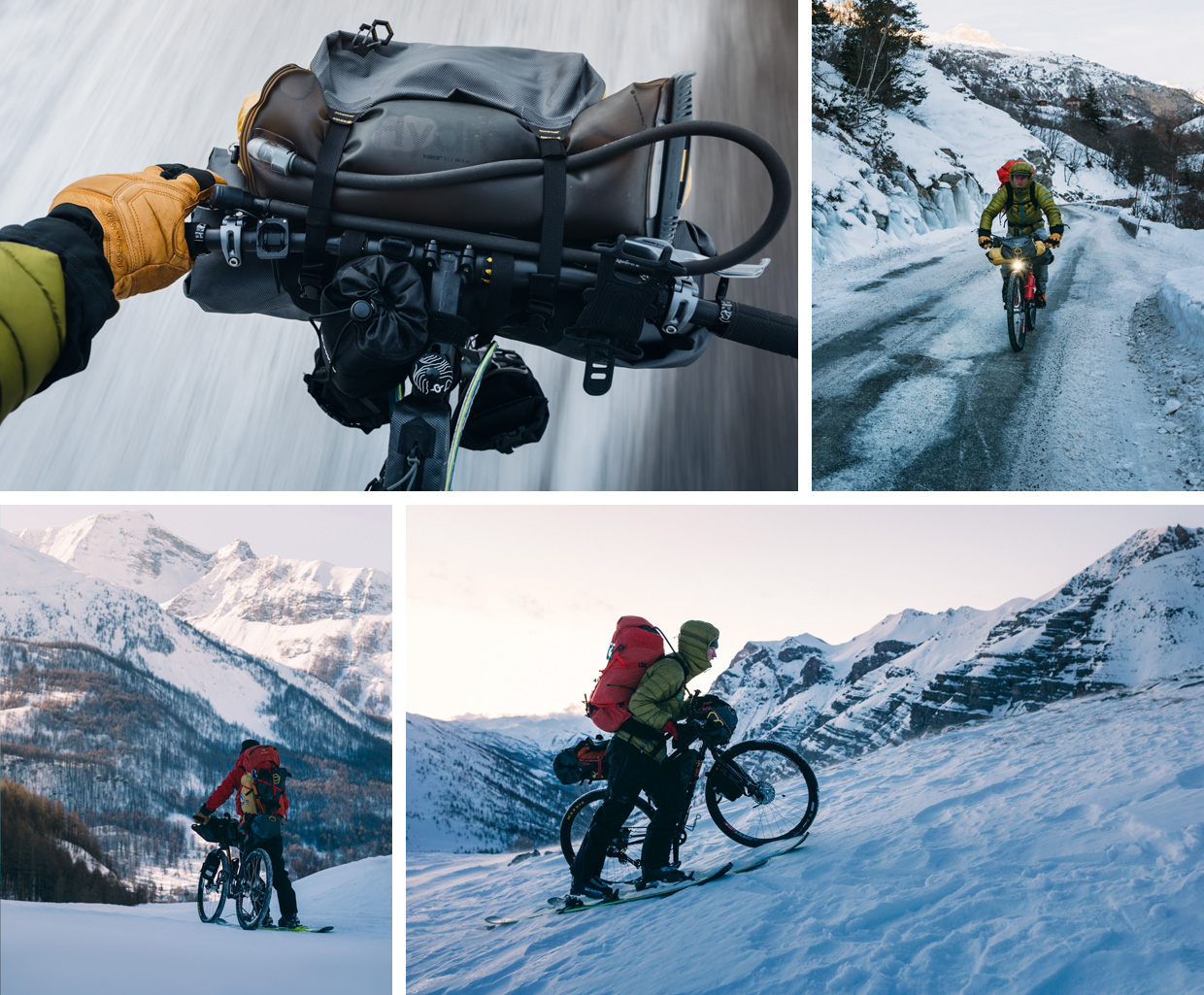 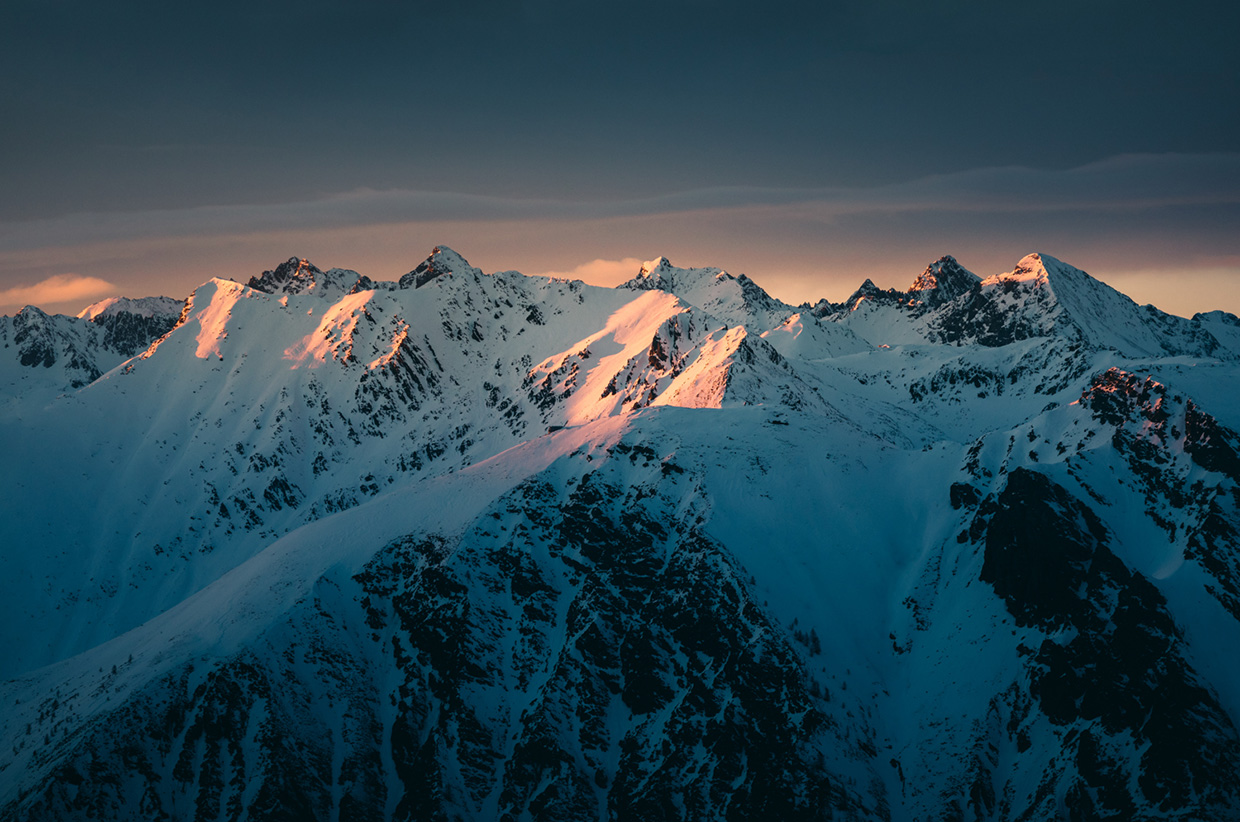 After the Allos summit, there’s a feeling that the hardest moments of this journey are behind me, and I begin to relax. For the next days I’ll be descending through Les Gorges du Blavet close to my home town. As the miles pass beneath my tyres, I am already thinking about what I want to do next. I could do the bike world tour I’d originally planned, but somehow, after the intensity of this journey across the Mercantour, something that big and grand doesn’t feel so important any more – I feel that I now need to focus on smaller adventures with personal meaning and challenges. Adventures just like this one through the mountains of home.

Marriage in the Mountains Survival in Paradise 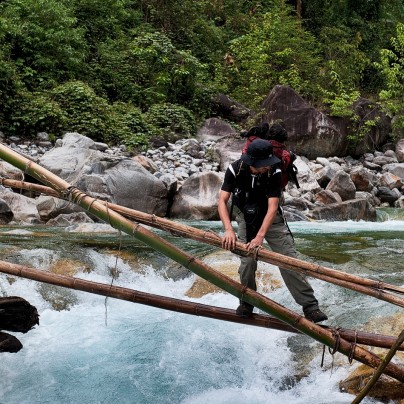 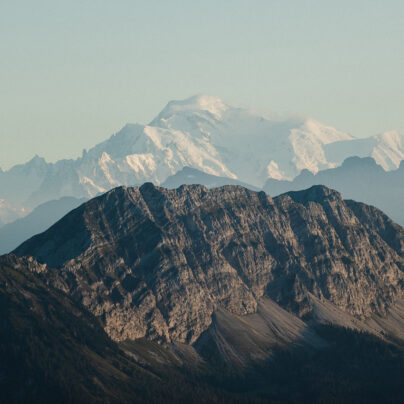 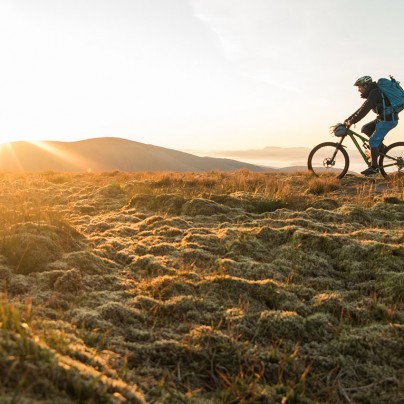 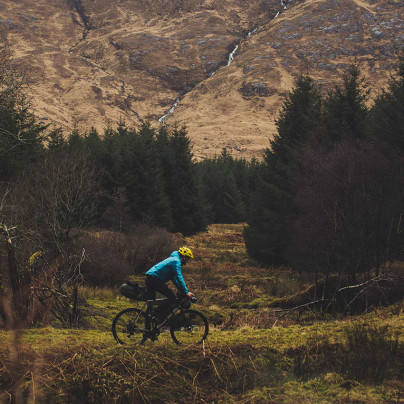 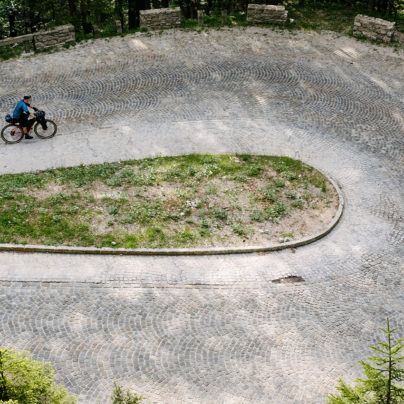 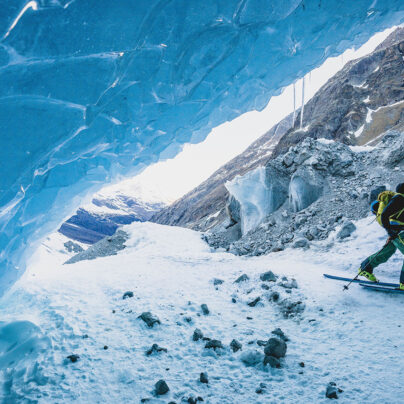