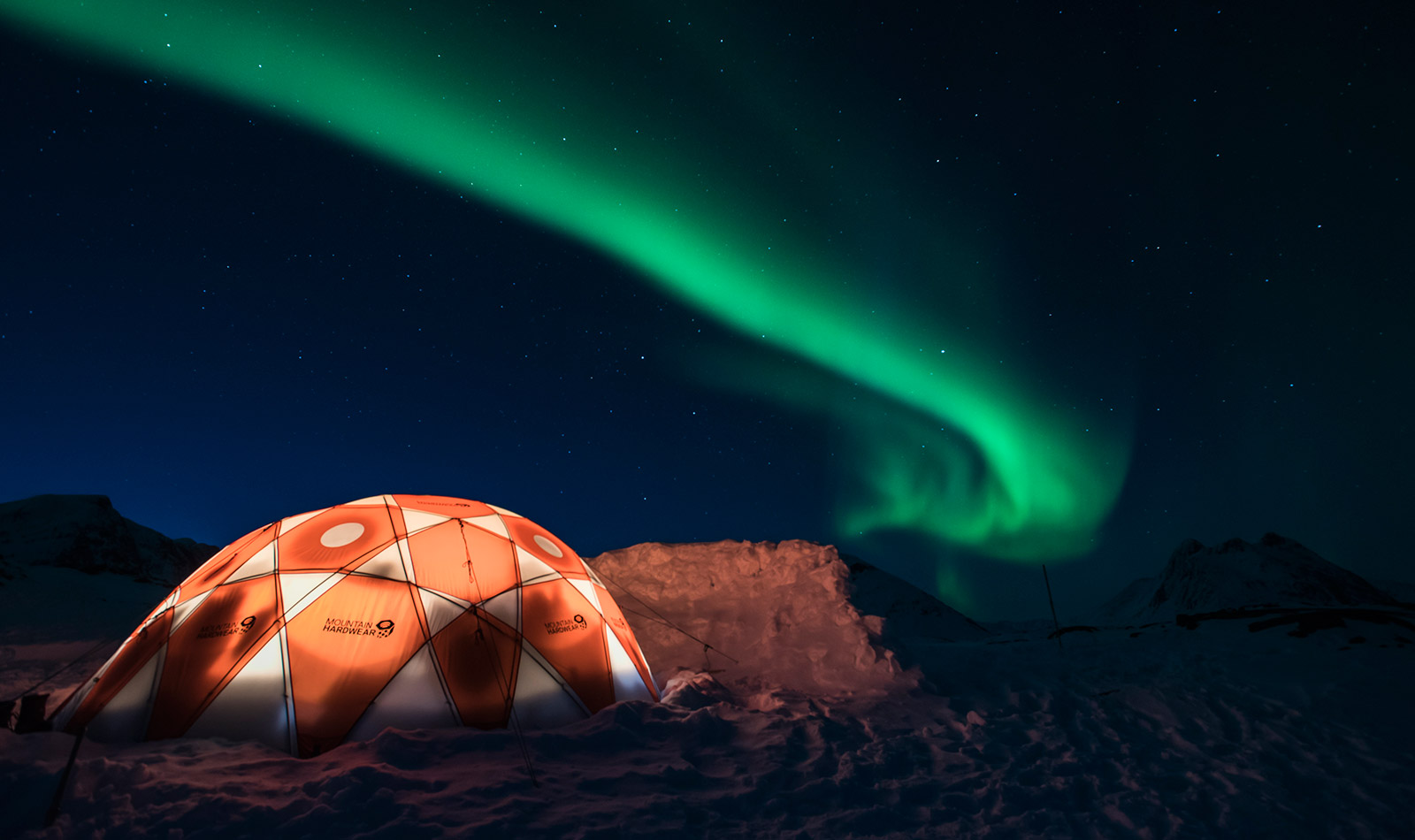 The Force Of The Wilderness

The lines on Ande’s face darken to his intricate task of carving reindeer bone into Tupilaks, the totems of his Inuit ancestors. The quiet air of this craftsman is later shattered by a story I’m told by Matt Spenceley – mountain guide and adopted son of the East Greenland village of Kulusuk. ‘When he was younger Ande was sailing south, alone,’ Matt tells me, ‘when his boat sank. The water was 2˚C, but he swam 200m in full clothing to an iceberg, and just sat on it until another boat came by.’ I suddenly feel ill-equipped to climb and ski in this wild place. Even the artisans are hard as nails.

Just crossing the tiny village can take determination. I’m walking a path through Kulusuk during the biggest storm of the 2016 winter season. The path is dug 5ft deep and 10ft wide into the snow and is rapidly losing shape as the winds whip spindrift through the village and deposit it in the thoroughfare. A couple of hours later I retrace my steps and the path is gone.

It’s dark and I’m wearing ski goggles against the tiny flying daggers of ice, so my first acquaintance with the new profile of the path is face-first. The depression in the centre of the village acts like a dumping ground for the snow, collected by the wind over several kilometres of flat featureless sea ice, and sent at high-speed across the frozen Ammassalik fjord. I’m blindly scrambling up the accumulated 8ft-high snowdrifts whilst straining to be aware of flying debris. It’s my most exciting post-dinner stroll to date.

I think the fulfilment we take from travel is largely determined by our expectations, but I arrive in Greenland blind – I have absolutely no frame of reference. In the village I find the way of life hard to comprehend and relate to. The mountains ought to offer more familiarity, but that journey across the ice, to the barren interior, seems just as daunting. In Kulusuk the land westward is as desolate and unforgiving as the ocean to the east. 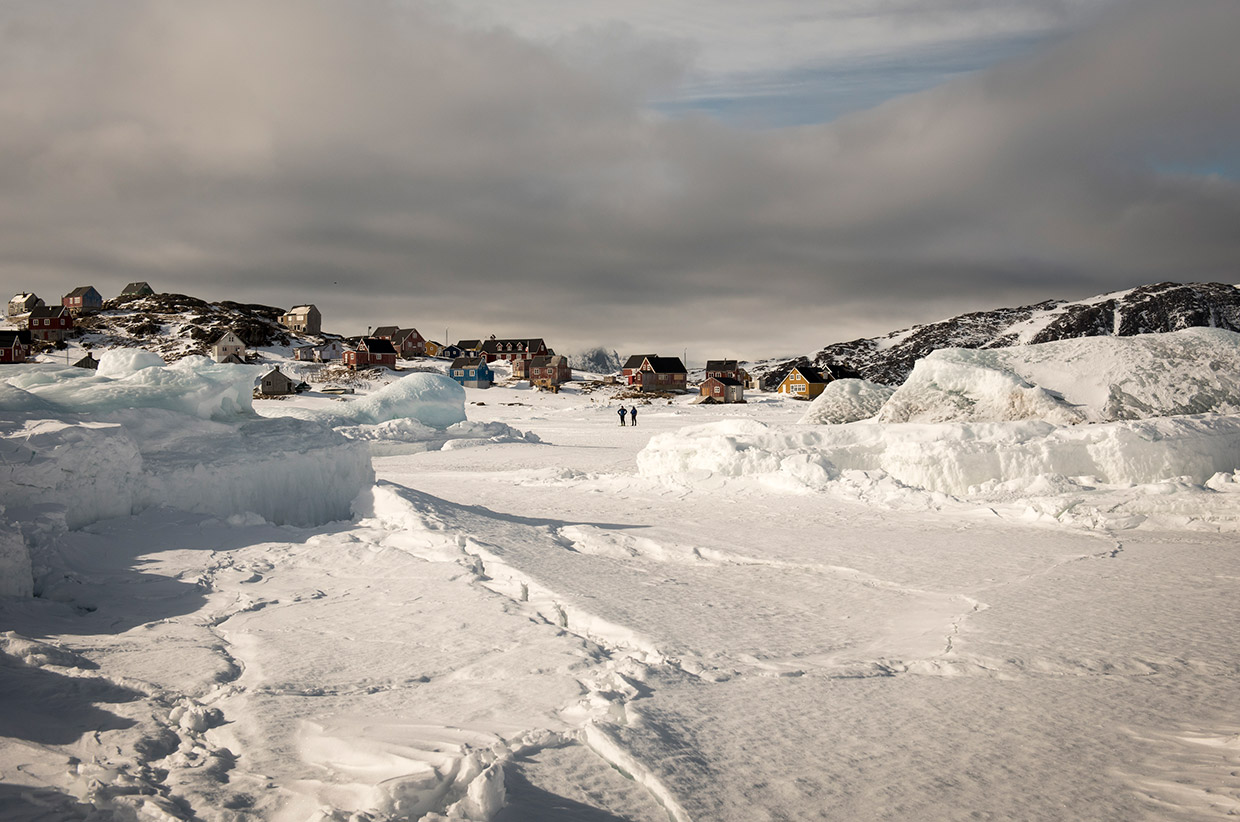 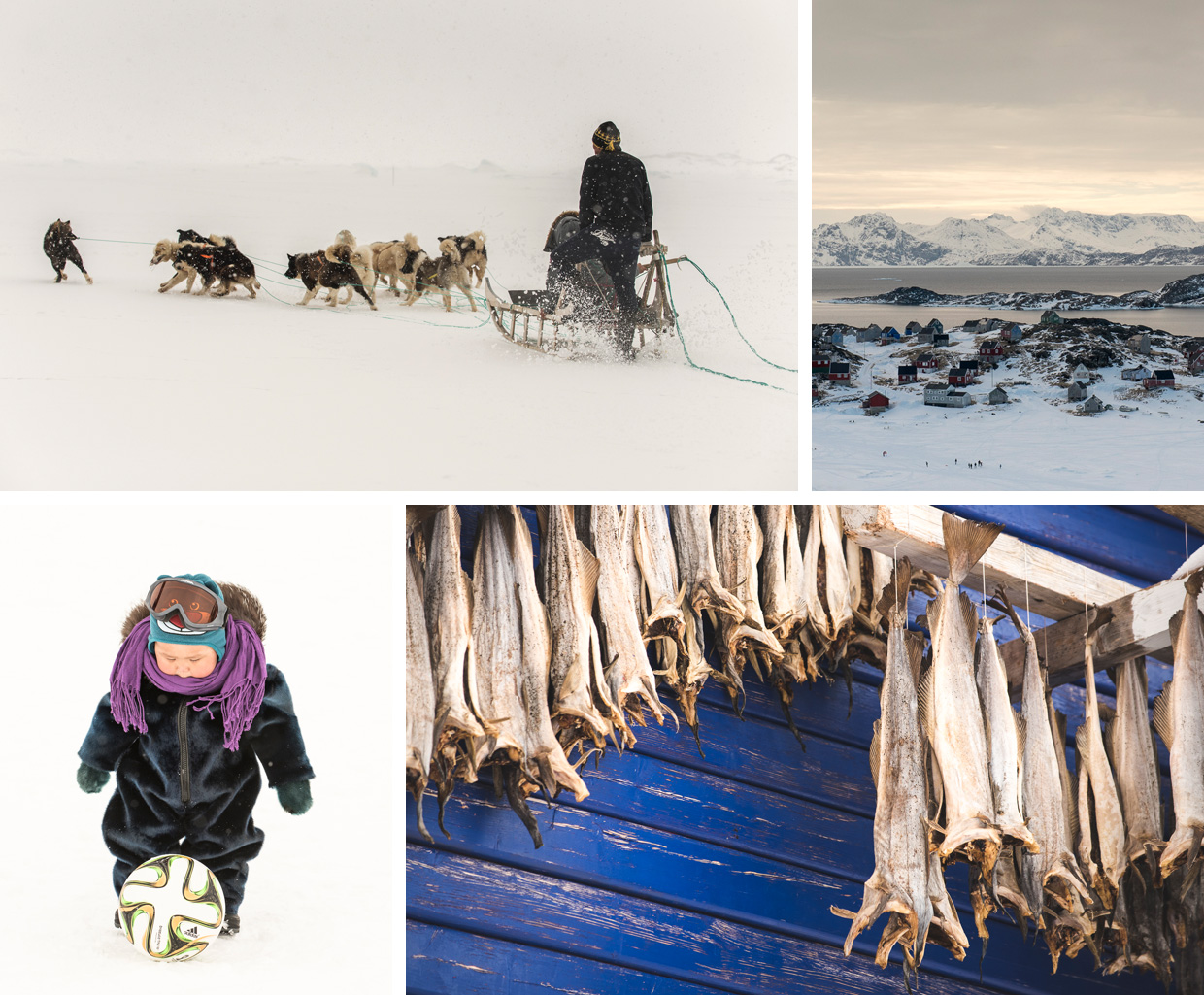 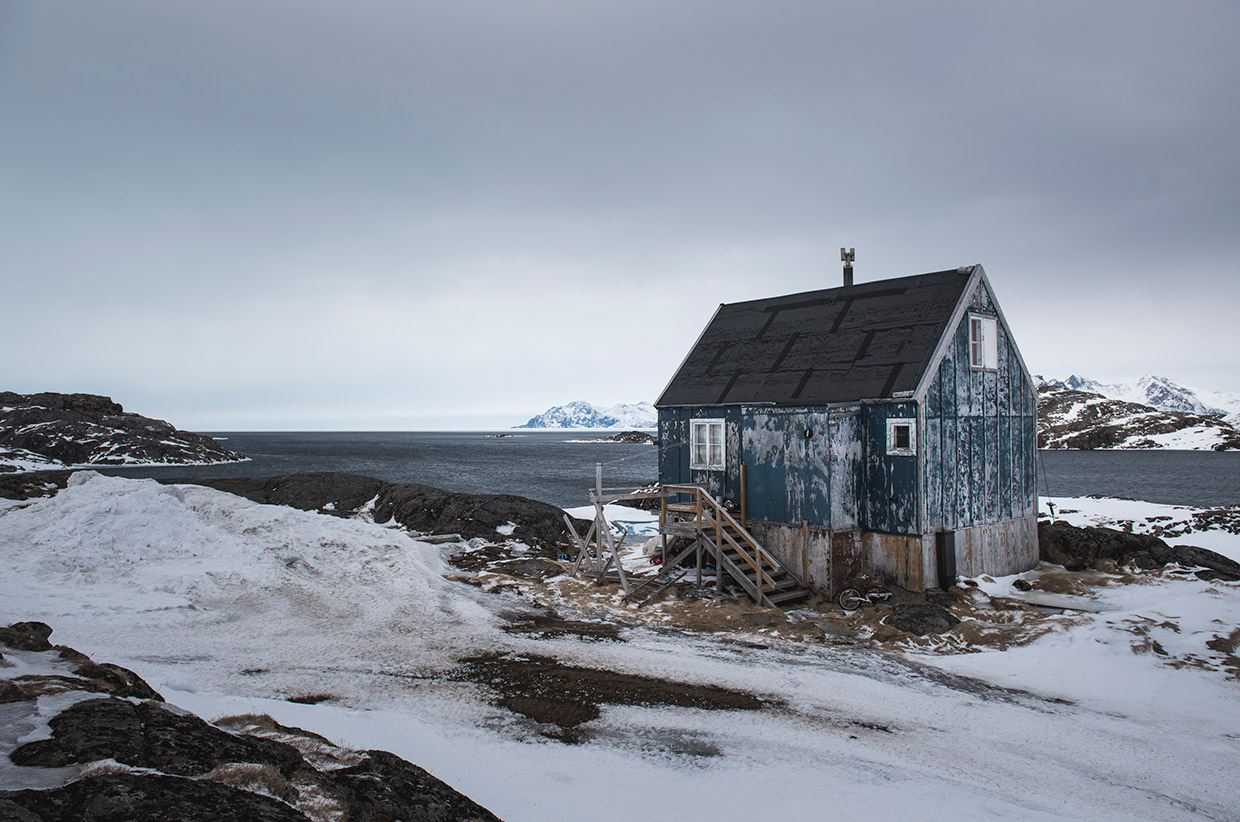 My first day venturing into the backcountry dawns bright and still, but there are signs the landscape is still moving. In fact it isn’t strictly a landscape – snowmobiles tow us across the frozen fjord to the base of Iperajivit, the mountain that dominates Kulusuk from several kilometres across the fjord. Icebergs dotted across this white desert appear trapped forever, frozen into the surface ice that has become a winter road, hunting ground, occasional marketplace, and football pitch. It shows no sign of melting. But the icebergs all have curiously flat, vertical edges, like the walls of a manmade fortress, some over a metre high. They’ve been carved by the rise and fall of the ice sheet floating on the tides, and underline the fact that the very ground is in flux.

The flanks of Iperajivit rise precipitously from the sea, but it’s a forgiving introduction to the climbing that lies ahead. I quickly fall into the familiar rhythm of skinning, albeit in an unfamiliar place, and we gain the summit without a gigantic effort. And remoteness comes to bear. Every other wilderness I’ve seen pales in comparison.

Over the next five days we’ll journey a ridge or two further north and west. Dozens of unskied lines are apparent from our vantage point on Iperajivit. The skiing potential is overwhelming, particularly as there isn’t another soul out there on skis. Then I allow my gaze to wander further, and realise we’ll barely scratch the surface. Peaks to every horizon except the seaward one – uninhabited, untamed, and the majority unskied.

The descent is initially awful. Big chalky chunks crumble from the surface as my edges jitter and my arms flail to keep me balanced – not a great start in front of my fellow budding explorers, but as the slope widens and the snow softens I find my centre and bounce with a grin down into a gaping bowl. 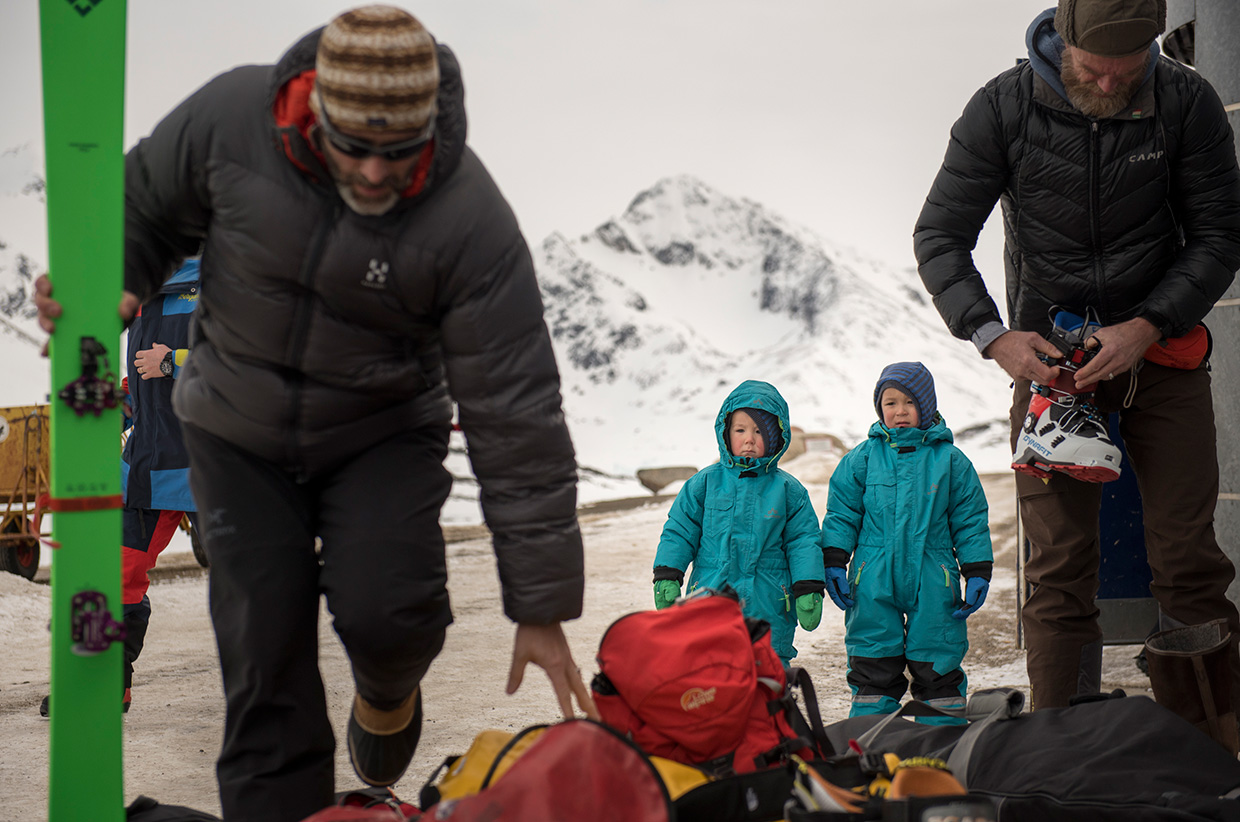 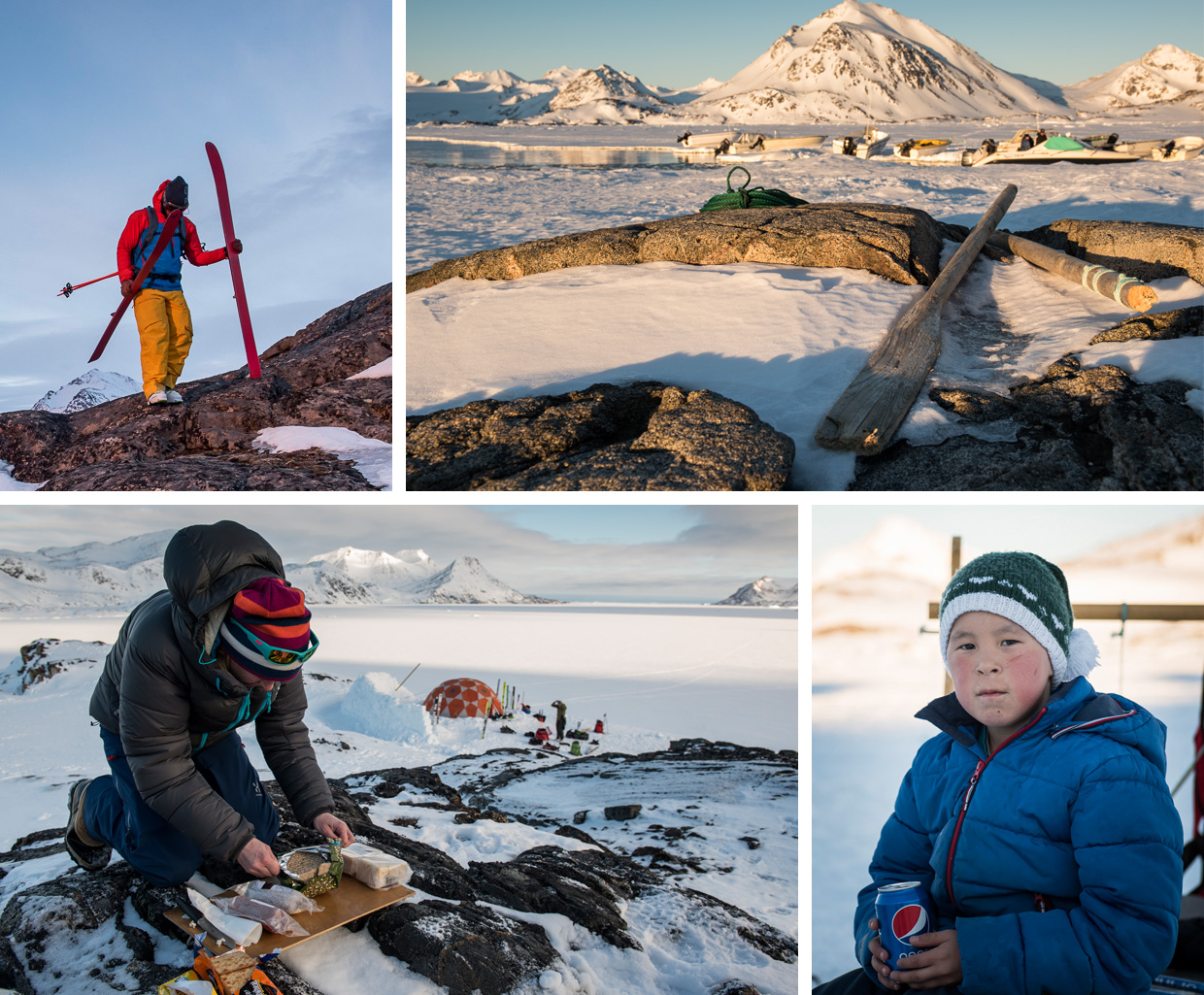 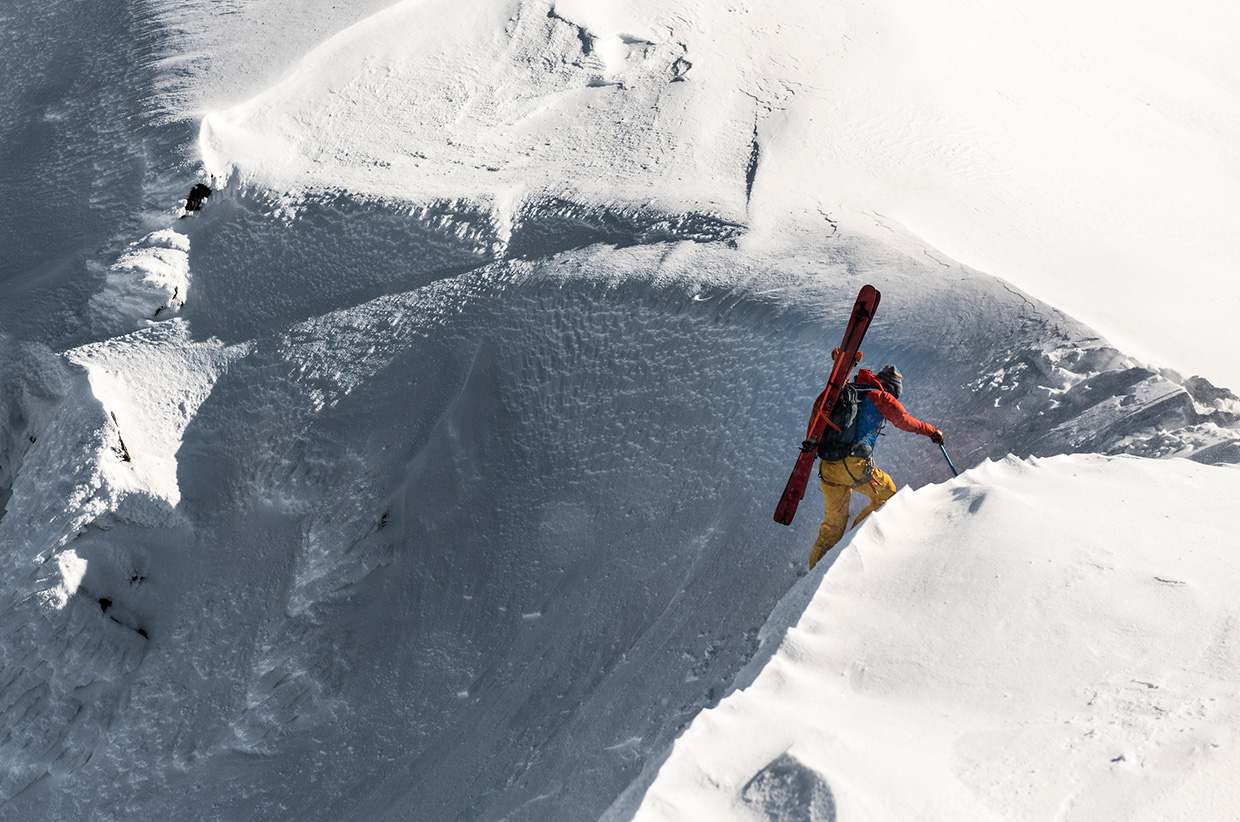 The positive feelings of limitless freedom and simple excitement can be just as overwhelming as the vast emptiness. But by the time we decide to get going, I think we’re all of the same mind about the next few days: bring it on.

That mildly awkward group-bonding period is now completely behind us. There’s an unexpected moment of bliss as Matt suggests resting on a boulder field before completing the descent. We’re all basking in the glow of the surprisingly warm sun and the equally radiant feeling that we did it. We’re actually skiing in Greenland.

We quietly contemplate the view and begin to appreciate our situation. Without that moment I might have struggled to take it all in. It’s been a warm-up for the mind as much as the legs, a chance to figure out how to move safely and to ski well within my ability, but also to process and digest the mountain culture shock. The positive feelings of limitless freedom and simple excitement can be just as overwhelming as the vast emptiness. But by the time we decide to get going, I think we’re all of the same mind about the next few days: bring it on.

But the weather doesn’t hold. Days later I find myself halfway up a bowl surrounded by soaring buttresses, roped together and climbing an exploratory route on rimed-up rock that resembles Scotland at its most forbidding. Three or four snowy couloirs pass between the rock, and I manage to follow Matt to the summit, descending via a barely remembered 45˚ slope. Some autonomous part of my brain forces me to take a handful of photos, but this is largely on autopilot – all my consciousness focuses on tight, controlled turns in a no-fall zone. 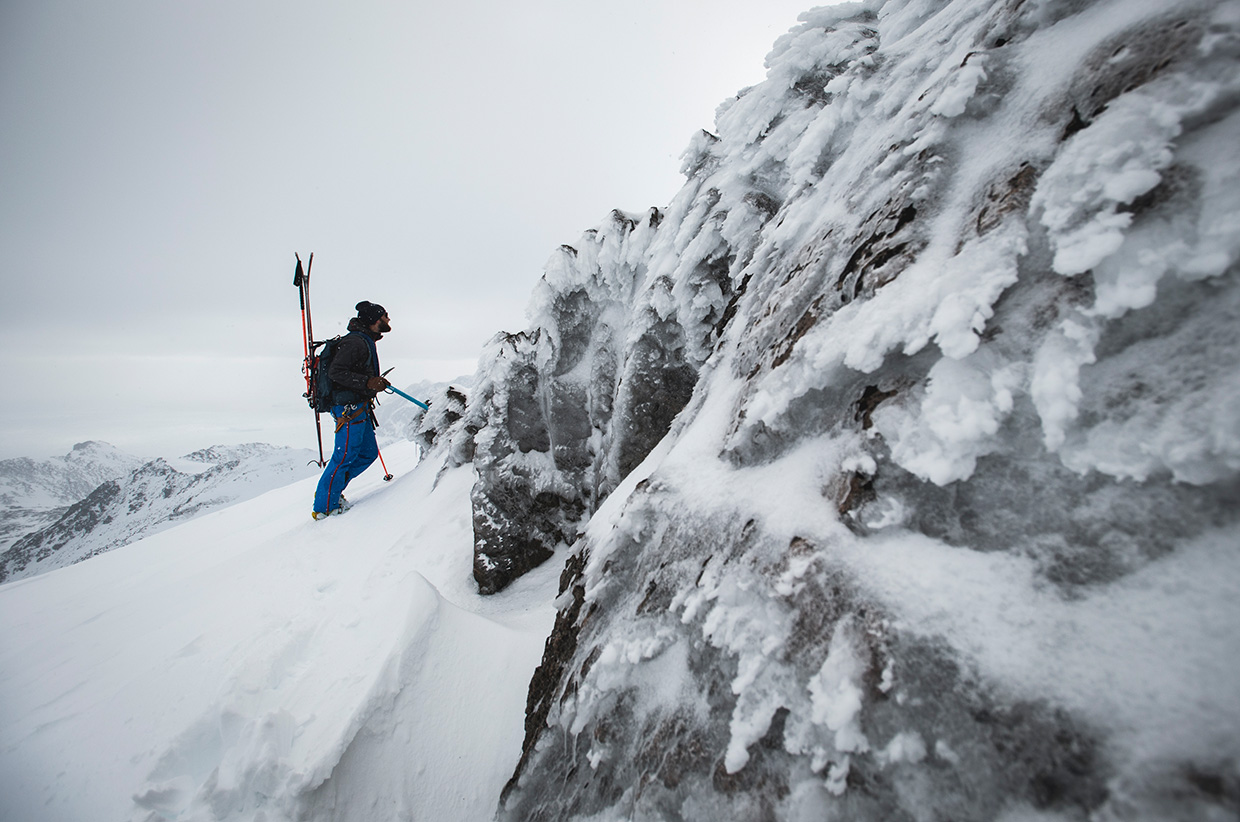 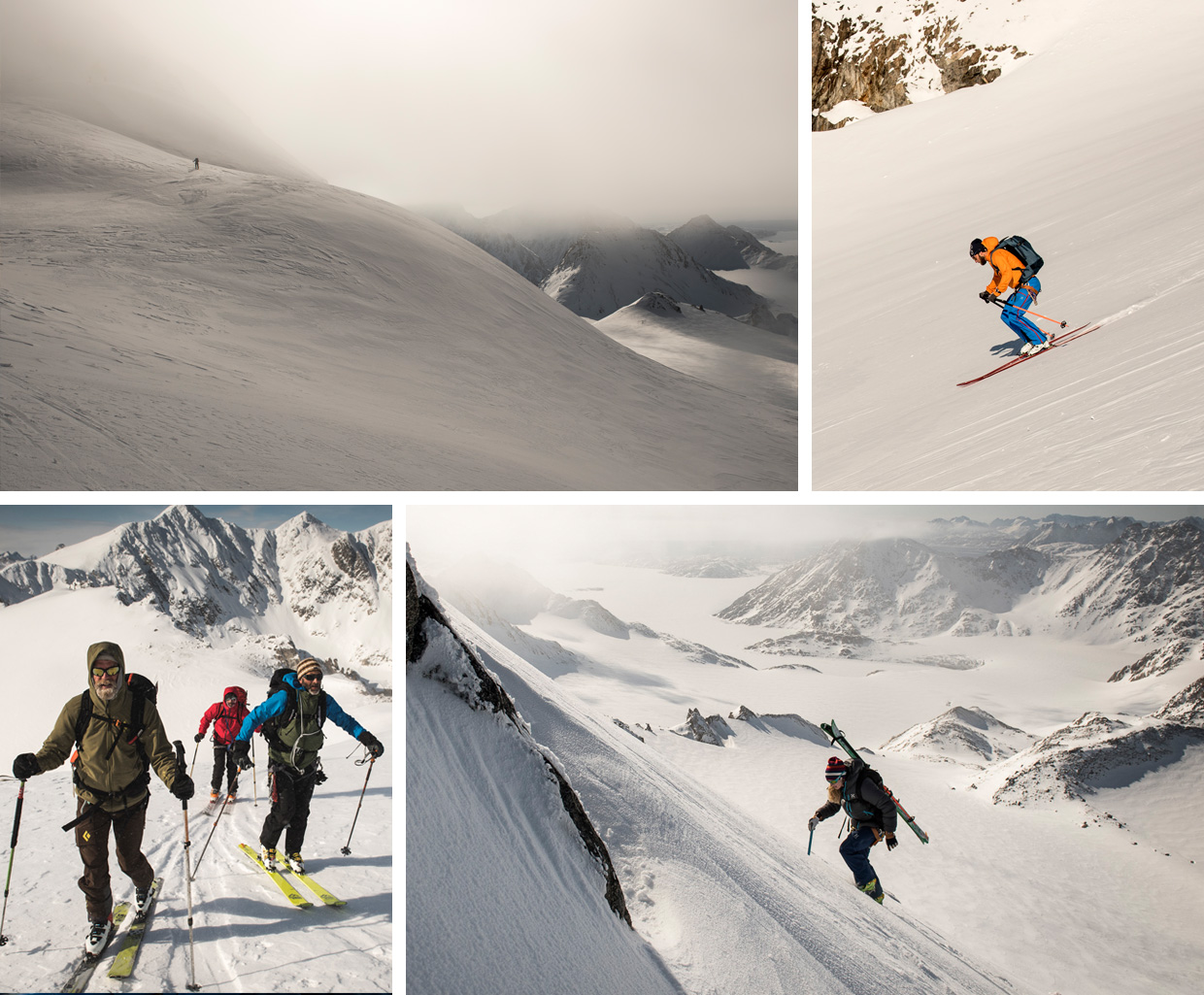 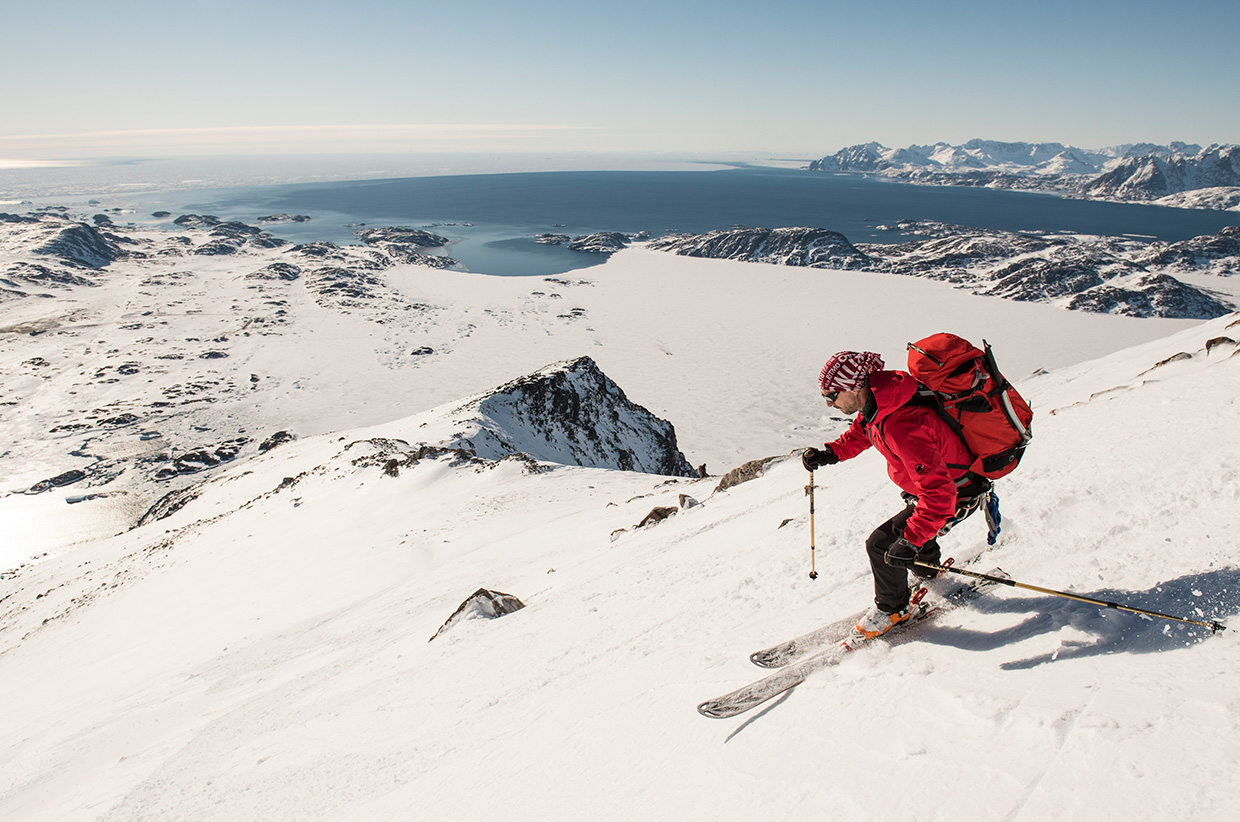 I’ve climbed harder winter routes, but never more than 20 minutes away from a helicopter rescue. I’ve scaled higher mountains, but never with a high-calibre rifle to ward off grumpy polar bears.

Sometimes I return from a journey and struggle to marry the vitality of the experience with the ephemeral memories that drift through my mind. I ghosted through Greenland as though I were watching it on TV; my memories are abstract more than visceral. It’s the lack of expectation that does this, the absence of a frame of reference.

All the elements of this trip are familiar to me – climbing, camping, skiing, backcountry, danger – so I should categorise my memories alongside similar experiences. Why, then, are they so elusive? How does Greenland add up to so much more than the sum of its parts? Maybe the unknown, the vastness of the wilderness, the loneliness of pioneering, are impossible to factor in to my expectations.

My brain wants to file all of this under ‘Dreams’ or ‘Movies’, but it’s one of the most fulfilling post-travel feelings to try and re-order the synaptic links, to accept it was real. To say ‘I was actually there.’

Daniel Wildey is a cigar-smoking, lens-pointing, pen-toting, kick-turning, muck-pedalling, spoon-whittling, gear-fondling traveller. He is based in the Peak District, and occasionally ventures into the parallel universes of worldwide editorial and commercial photography.

This expedition was organised by Pirhuk. With 26 seasons of experience in Greenland and a small team of guides and locals, Pirhuk can offer highly specialised ski touring, alpine climbing, hiking and dogsledding trips, plus logistical support and tailored expeditions.

Pull of the North Fighting with the Wolves 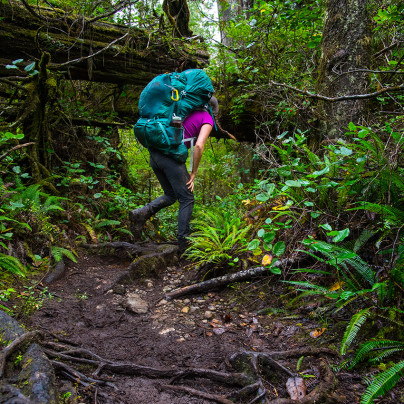 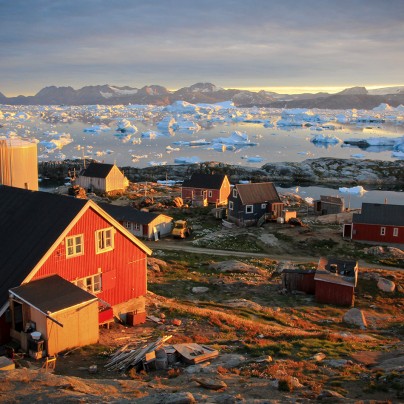 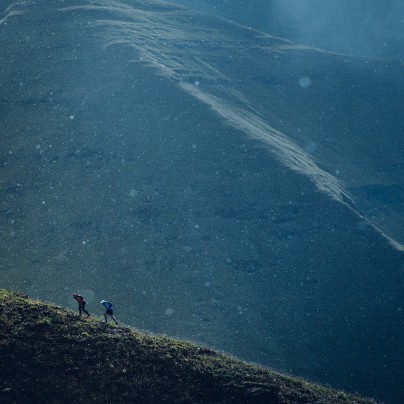 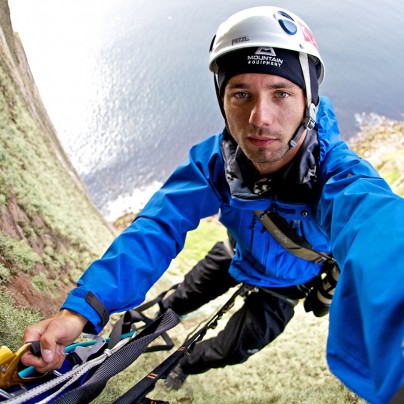 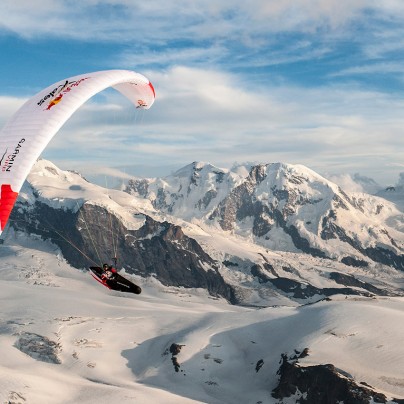