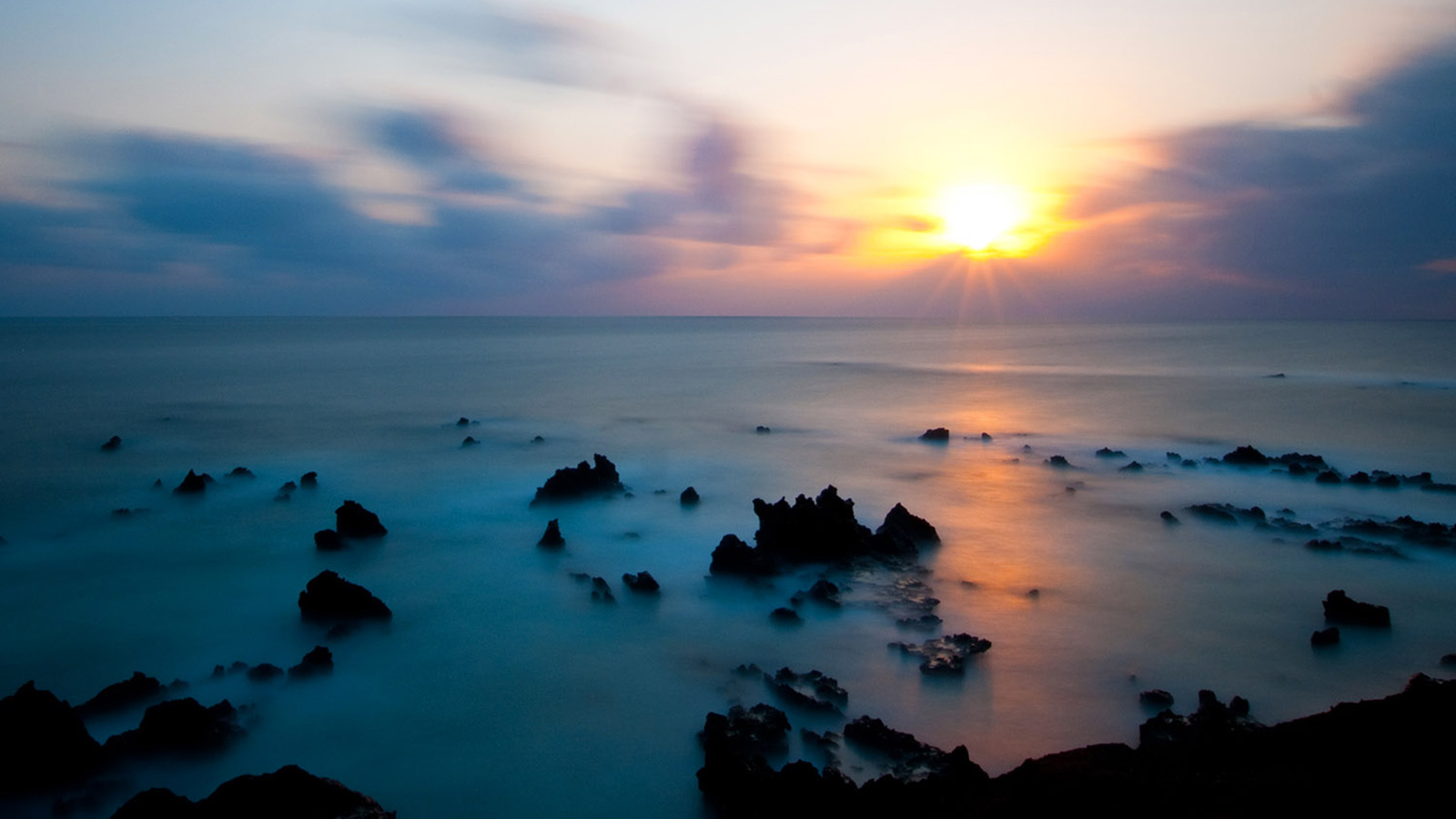 A Mote in Delirious Blue

Ascension Island is an oceanic relic of volcanic activity; a lone island almost mid-way between South America and Africa and only a few degrees south of the equator.  With no permanent or indigenous population, it is a communications relay base and staging post for flights to the South Atlantic.  Its harsh lava flow and cinder cone landscape is dotted with green foliage and the surrounding waters are warm and clear.  But the coast can be buffeted by strong winds and powerful surges, which makes diving here challenging.  The attraction is that its remoteness makes it a remarkable place for marine life.

You feel small standing on the island but not because it is big.  At only a few miles wide and over a thousand miles in any direction from the nearest mainland, it is the South Atlantic that feels huge.  The harsh abrasive rock rising out the mid-Atlantic ridge is a tiny speck in a delirious blue setting and well off the diving beaten track.

The first few thousand miles from UK are simple enough on a flight that can take the best part of 9 hours.  What makes the journey adventurous is what happens on island.  It begins at an austere base in English Bay at the northern tip of the island, from where diving expeditions range out to dive sites peppered around the island.  This kind of diving – a mixture of shore and small boat operations – is a physical experience because, unlike the luxury of the tourist trail, the manual labour is down to you.  Charging air cylinders and loading heavy equipment onto 4-wheel drive vehicles and boats soon works up sweat and toughens slack muscle in the burning equatorial sun.

The dives start with a short road trip to get at the natural rock jetty in guano bay, where we load dive gear onto impossibly small inflatable boats.  With 6 people aboard each it is crowded; packing equipment in the right sequence is an art form.  Trying to rectify errors once the boat is subject to wind and tide just irritates fellow adventurers.  And even this apparently simple step can be surprisingly hazardous, because steady wind on open ocean makes it too dangerous to tie the boats up alongside; heaving rubber hulls against pumice has predictable outcomes.  So instead a brave soul swims out to the boat moored in open water, starts the outboard engine and then guides the nose of the boat, protected by a tough rope mat, into the jetty.  He then skilfully holds the boat in position under power while people scurry up and down like so many tiny ants to load the equipment, timing their throws to meet the upward rise of the ocean swell.  Occasionally, a big wave breaks over the jetty.  If people are not careful, boats can be thrown onto the jetty, air cylinders and dive equipment can be tossed into open ocean and divers can be pitched into the water.  I’ve seen it happen and was caught once.  Despite many years of adventurous activities, the stark realisation that I had lost control of the situation was frightening.  You feel powerless under the grip of high energy water; the natural forces are incredible.  Luckily, a quick-witted colleague grabbed onto a flailing limb and reduced an otherwise uncontrolled dive at the ocean into a rather slower, but undignified scrape along volcanic rock.

Despite many years of adventurous activities, the stark realisation that I had lost control of the situation was frightening. You feel powerless under the grip of high energy water; the natural forces are incredible. 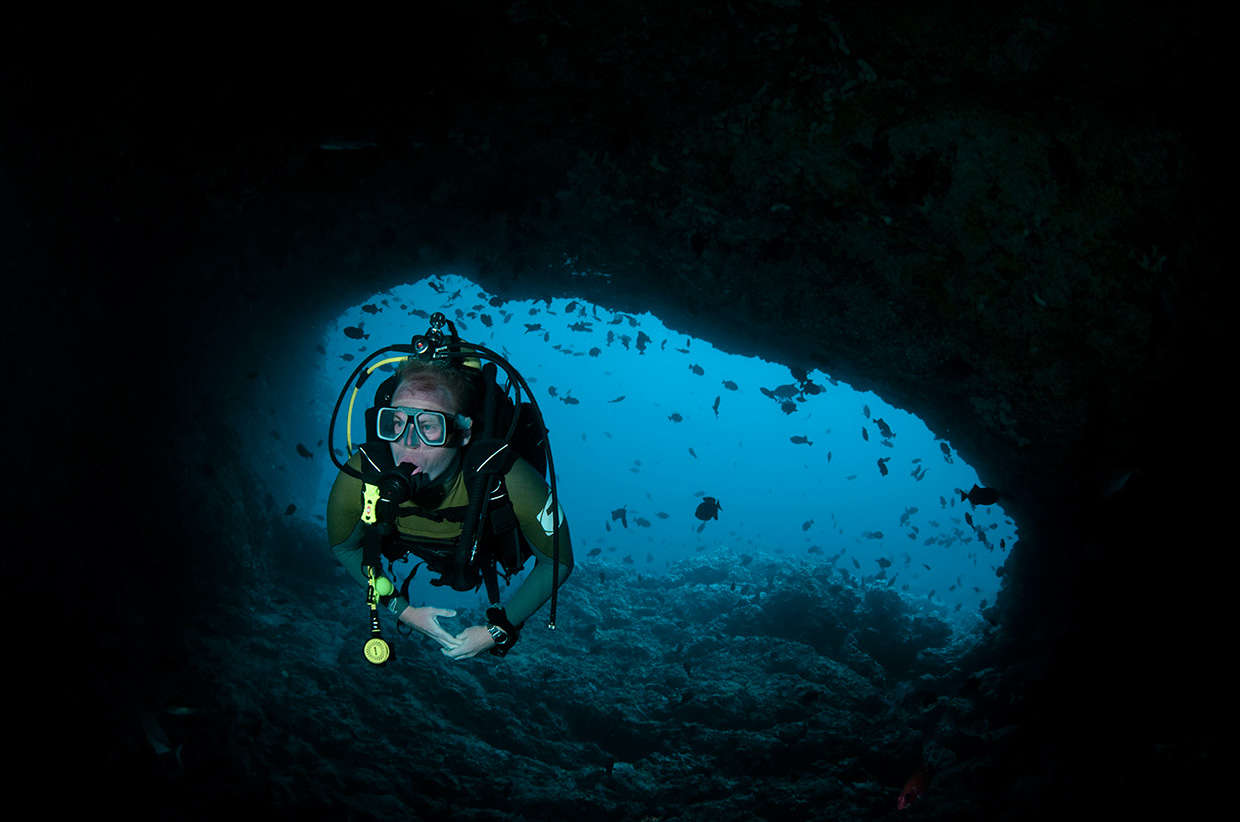 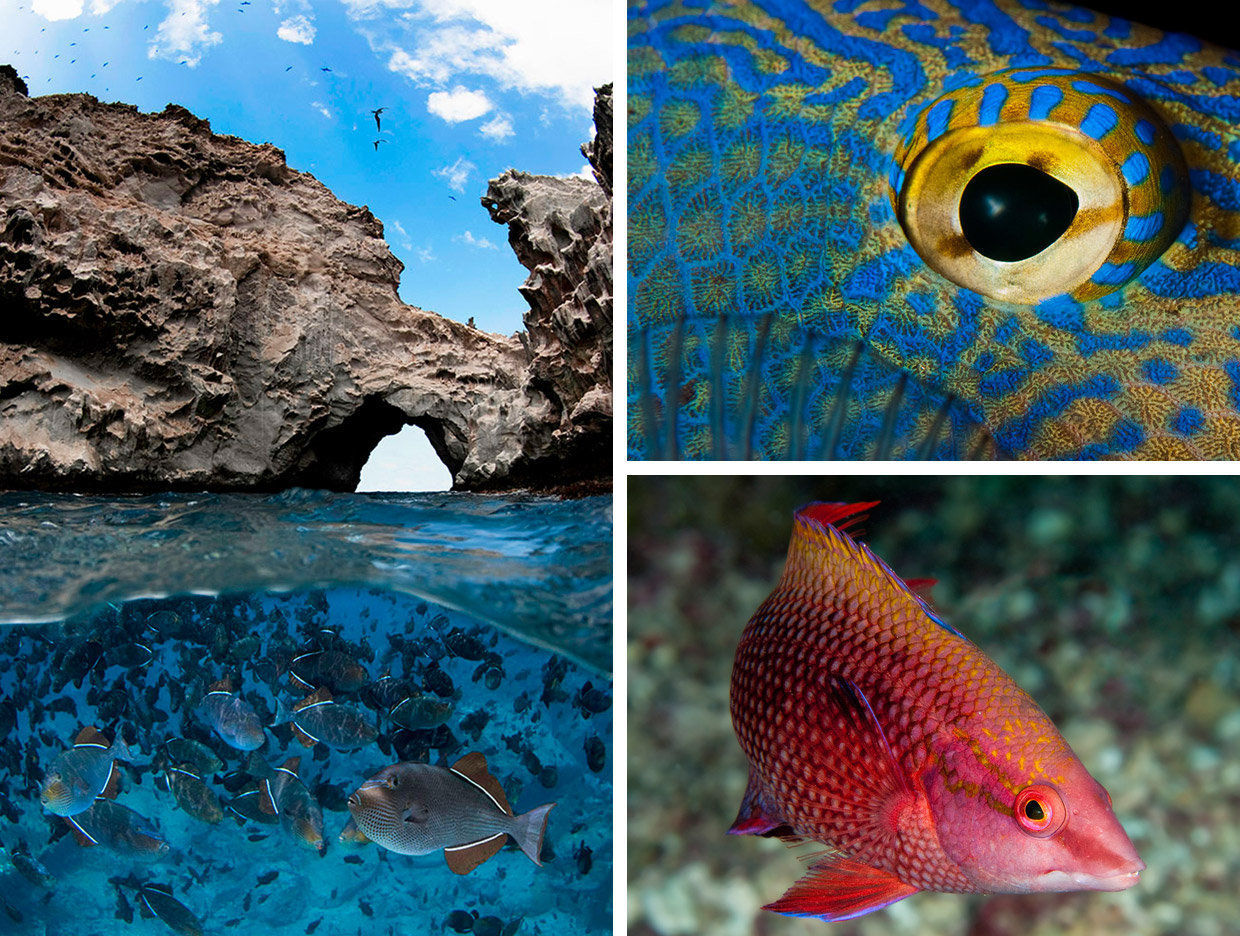 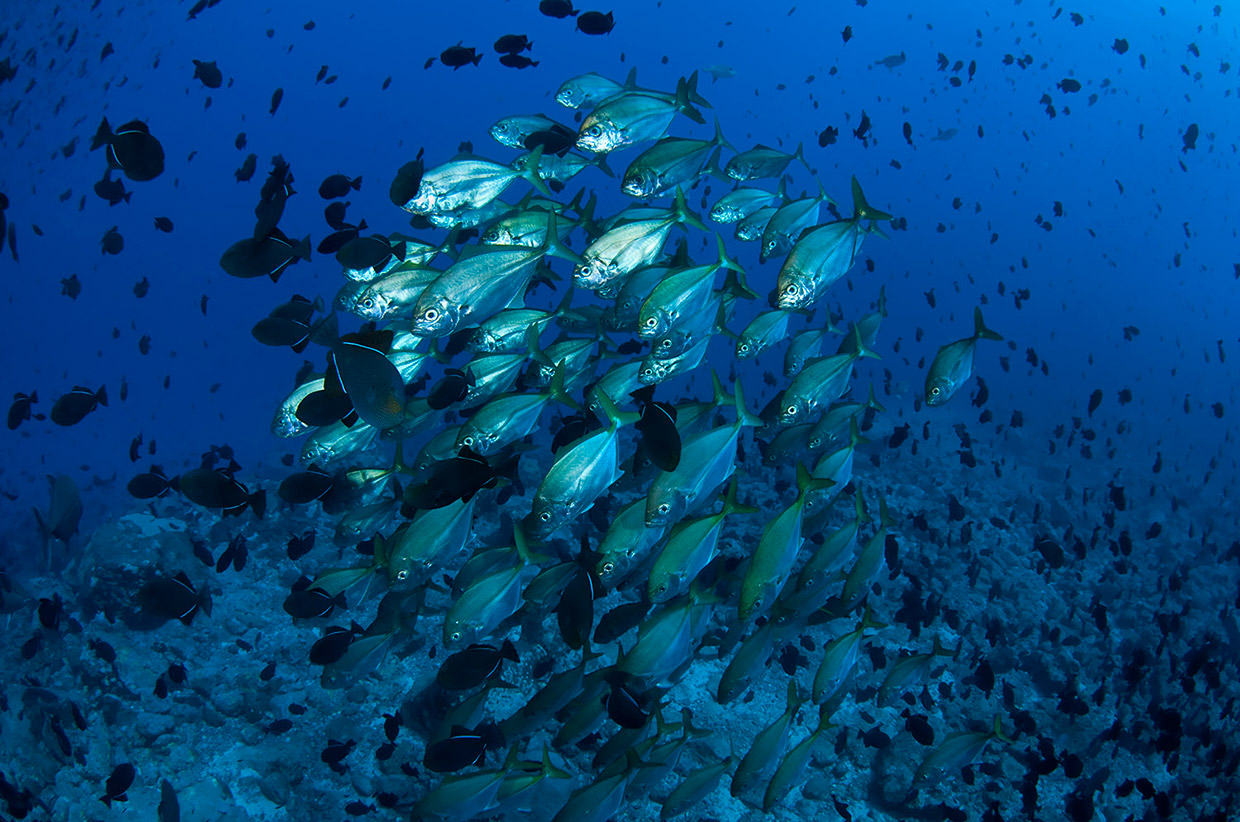 An engine droning at full throttle, eyes burning from salt spray and the ever-so-slow progress along the rugged coast can dull senses and any aspiration for conversation.  But the moment you get into the lee of Boatswain Bird Island, spirits rise and nervous banter begins with the anticipation of diving at one of the most remote locations in the world.

And yet the real excitement begins only as you set a modestly-powered outboard engine against the South Atlantic swell.  It can be a bone-shattering ride when heading into stiff winds and big waves.   The boats crest and fall with big thumps.  I rarely dive without my camera and in transit knees offer some protection to the investment.  But by the end of a week’s diving, despite the extra cushion of a neoprene wet suit, my legs ache from blue bruises decorating tired thighs.

Forging out to the very best dive sites – for me these are Boatswain Bird Island and Boatswain Bird Rock on the South-Eastern corner of Ascension Island – is only attempted in moderate sea conditions and even then it takes an hour to cover only a few miles.  An engine droning at full throttle, eyes burning from salt spray and the ever-so-slow progress along the rugged coast can dull senses and any aspiration for conversation.  But the moment you get into the lee of Boatswain Bird Island, spirits rise and nervous banter begins with the anticipation of diving at one of the most remote locations in the world.

Ascension has little support infrastructure, so safety is entirely down to how carefully you plan and execute these dives.  It creates a frisson of additional excitement.  Steep rock walls herald depths well in excess of 100 metres only a short distance out.  Two miles out, the ocean plummets to over 1000 metres.  For those that understand diving physiology, they will appreciate that risks increase significantly below 30 metres and, with often gin-clear water, depth perception is difficult and errors more easily made by those who fail to exercise good self-discipline.

But the rewards for taking these controlled risks are immense.  I never forget my first dives on these sites, which left me hungry for more.  The initial approach by boat to the drop in point brings an assault on the senses, because Boatswain Bird Island is a natural refuge, where thousands of exquisite sea birds wheel around vertical cliffs.  From a distance, you see them in formation describing long, sweeping arcs through the sky.  Closer in, the cacophony of clucking and screeching rises as outboard engines are throttled back.  Face muscles tense up suddenly as eddies of wind waft an acrid stench of guano towards unprepared nostrils. 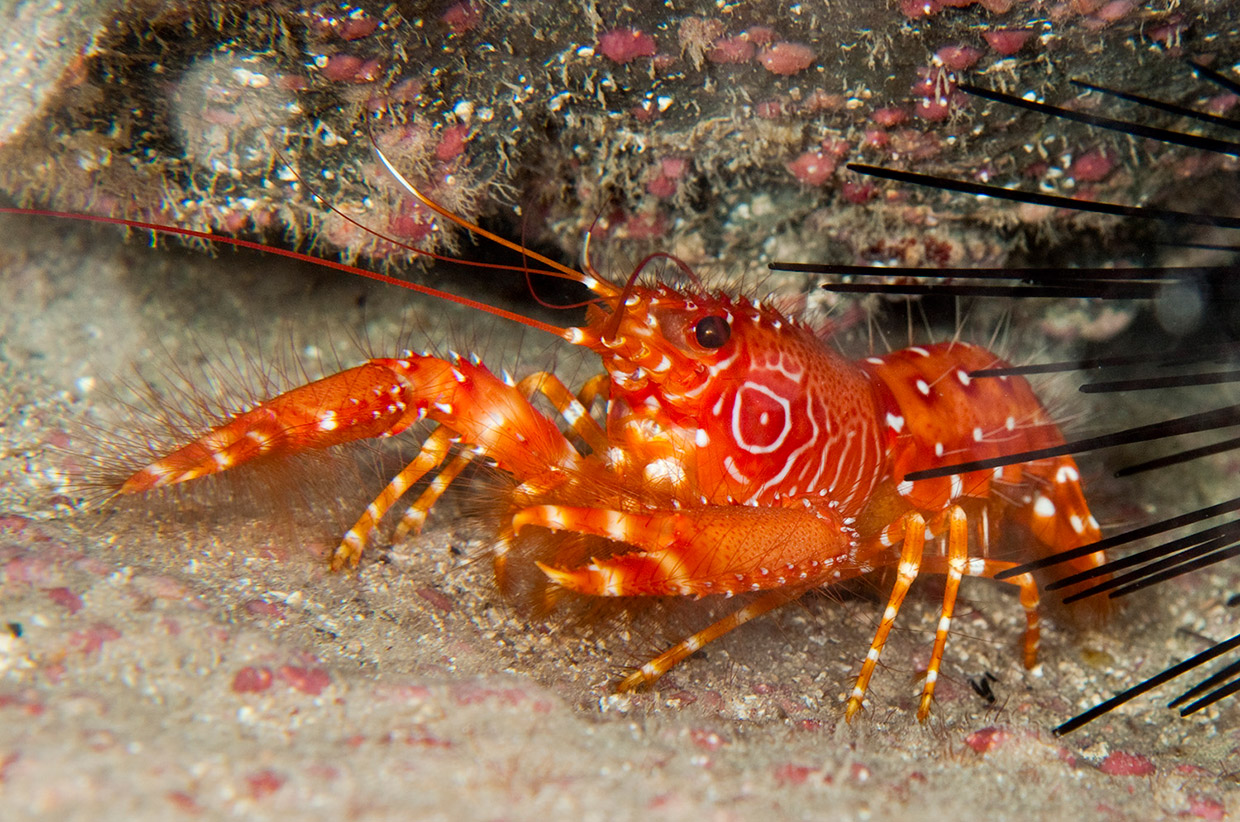 Fortunately, donning a mask and air regulator for the dive cuts out the vile odour and a backward roll off the boat soon brings the cooling embrace of water and that wonderful relative silence of the underwater world, punctuated only by the inward rasp of air breathed under pressure and the outward exhaust of spent air creating a stream of silvered bubbles wobbling their way towards the surface

The underwater landscape is stark, but beautiful nonetheless.  Ancient volcanic rock formations adorned by bright red sponges dominate steep drop-offs, caves and huge boulders in the tidal zone, which give way to coarse pumice sand flats at about 30 metres, before finally dropping away into the true ocean depths.  As you swim around the island, waves create white halos around the stubborn rock where it stretches for the surface.  There are no vibrantly-coloured soft corals on display here.  Yet close inspection of the once-molten lava that solidified to form these reefs, reveals stunning tiny yellow anemones.

For all of its bleakness compared with some tropical dive destinations, you will find few places on Earth with such huge aggregations of fish.  Species normally plundered by man – large crayfish, groupers and eels – live here untouched and in large numbers.  One species, the black durgeon triggerfish, is so abundant around this remote sea mount that it can turn the water from bright blue to black as the inquisitive creatures mill around neoprene-clad visitors.  All black except for small white lines that underscore the bases of their caudal and dorsal fins, durgeons can change their diamond-shaped scales into a riot of electric blue, yellow and orange.  I happily spend dives photographing nothing else but this common and very beautiful fish.

Boatswain Bird rock, just south of its big brother, is the tiniest sea mount that I have dived on.  So small above surface that you can almost jump over it, underwater it stretches into a sheer vertical wall that attract huge schools of fish.  My favourite here is the juvenile horse eye jack, which huddles for safety into dense shimmering schools that hurry around in perfect nervous formation as though they are lost or late for something.  On a good day, you can hover at 30 metres close to the rock wall and watch fish in their tens of thousands parade by against the bright azure backdrop.  Biomass takes on real meaning here.  Over time, you may see green and hawksbill turtles, dolphins, manta rays, galapagos sharks…the full list would be too boring, but the diversity of creatures, big and small, is impressive.

Ascension does not compete with the easier access and lower cost of diving in the Red Sea, the far East or the Caribbean.  And it will never have the abundance of eye-catching soft corals that adorn so many popular dive sites elsewhere.  But Ascension surpasses many for its sheer abundance of marine life and I rate it as one of the best places in the world to dive.   It gives both hope and cause for reflection and is thus a paradox: only where mankind cannot easily reach an environment does it seem to thrive as it was intended.  Diving in this remote place was both a rare pleasure and great privilege.

Species normally plundered by man – large crayfish, groupers and eels – live here untouched and in large numbers. One species, the black durgeon triggerfish, is so abundant around this remote sea mount that it can turn the water from bright blue to black as the inquisitive creatures mill around neoprene-clad visitors.

Paul is the director of pcuw photography ltd and an international award-winning underwater photographer who has recently published the first ever dive guide for Ascension Island. It includes many images of the local marine life and is available through DivedUp publications at www.divedup.com. You can see more of Paul’s work at www.mpcolley.com 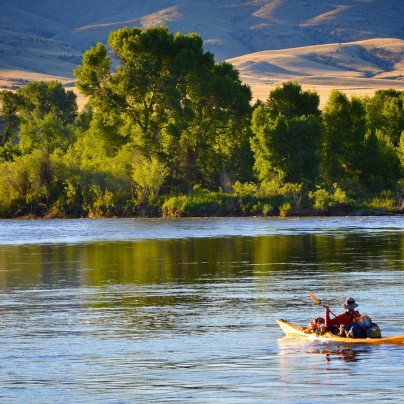 From Source To Sea Mark Kalch 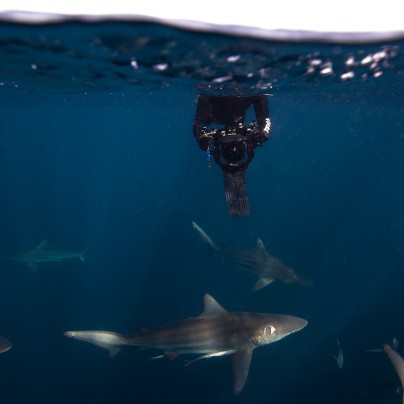 In the Midst of Mozambique’s Killers Aaron Gekoski