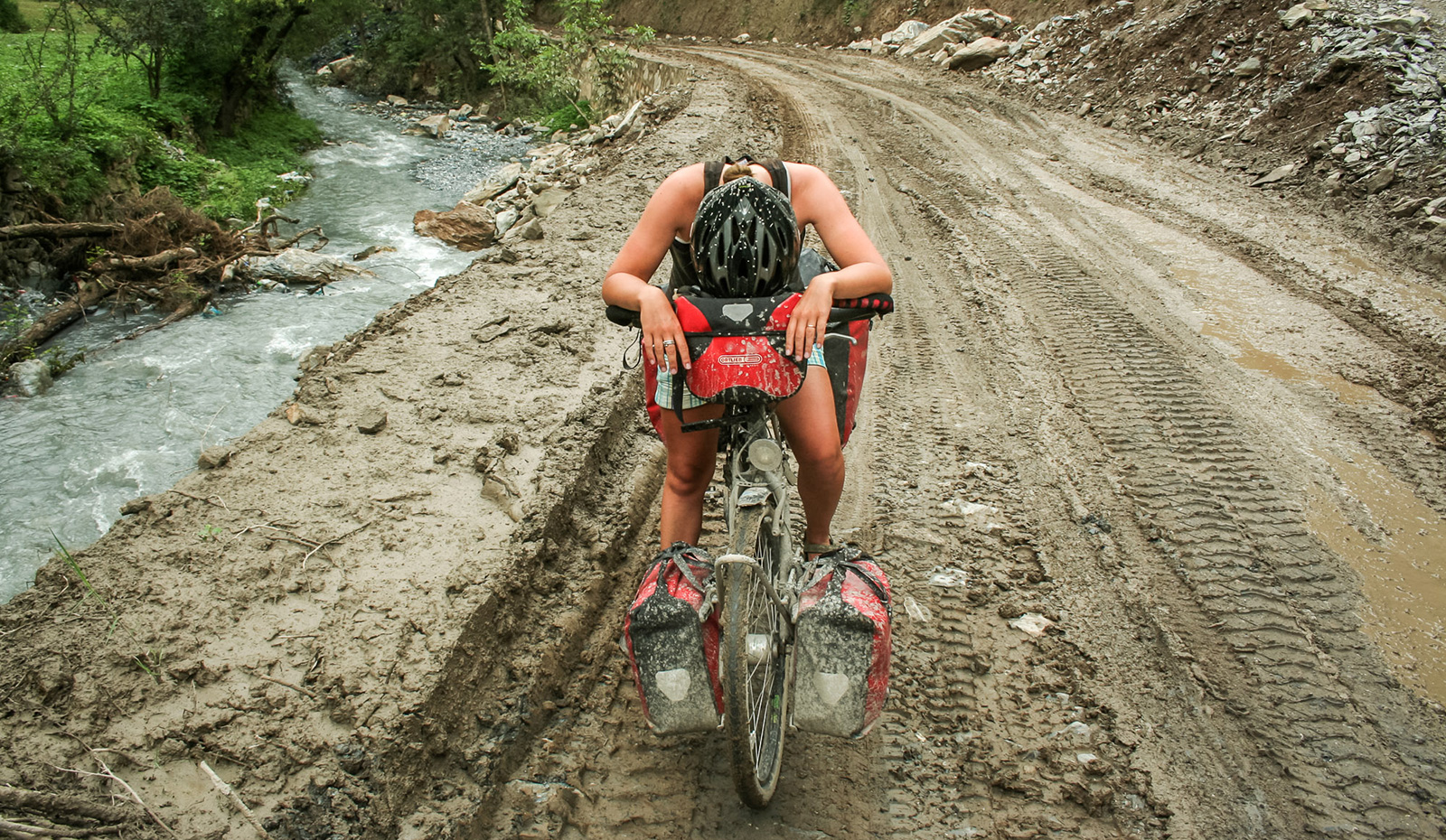 With nervous anticipation, we free-wheeled our bicycles down the steep ramp exiting the immigration building, swerved around a gaggle of black market money changers, and out into Xinjiang Province. Rebecca and I had 90 days to cycle across China, a distance of around 5,000km from Kazakhstan to Vietnam. Our Chinese odyssey had begun.

Xinjiang is comparable in size to western Europe, but from a glance at a map appeared to be mostly desert. Xinjiang’s capital, Urumqi, is the most remote city from any sea in the world. We cycled eastwards along the single road that squeezes between the Taklamakan and Gobi deserts. The region is regularly battered by high winds and sand storms, and by intense heat or bitter cold depending upon the season – it must be an inhospitable place to live. Oasis towns lie scattered across the desert, patches of green that emerge shimmering from the vast expanse of dull scrub. These towns exist wherever there is water – everywhere else there is none, and as a result nothing grows. We hopped from town to town, replenishing our food and water supplies each time.

After a week we reached an ominously empty section on our map, a 300km stretch of road through nothing but desert. In the final settlement beforehand we loaded up with extra food and water and set off. As team sherpa, I’d been carrying the water and food required for wild camping throughout the trip but now we needed maximum capacity – it was time for Rebecca to load up as well and an extra 12 kilograms of water kept her quiet.

We didn’t get off to a great start: despite summer not yet being in full swing, the heat was unbearable and even the ferocious headwind felt hot. It was impossible to quench our thirst with the warm water in our bottles and already I fantasised about ice-cold drinks from imaginary fridges.

The barren landscape offered little protection from the wind, so that evening we decided to seek shelter in one of the many tunnels under the road. Despite being miles from anywhere, every single one of these tunnels has been used as a toilet. We weaved our bikes around a few human landmines and found a clear patch to pitch the tent.

Unfortunately the wind shifted direction just after we went to bed and our sheltered underpass quickly turned into a very sandy wind tunnel. We lay there, sticky and dirty from a day’s cycling, trucks racing past 6 feet above our heads, tent flapping manically in the wind. Sand began spilling through the mesh door and covered everything. I climbed into my sandy sleeping bag and tried to fall asleep, whilst wondering what on earth we were doing here.

The following morning we woke to a howling cross headwind and reluctantly started pedalling. We fought a losing battle with the wind for a miserable couple of hours but incredibly, just as it was becoming dangerously strong, we came across a solitary cafe in the middle of nowhere. We hurried inside, thankful for the shelter.

The ferocious headwind felt hot. It was impossible to quench our thirst with the warm water in our bottles and already I fantasised about ice-cold drinks from imaginary fridges. 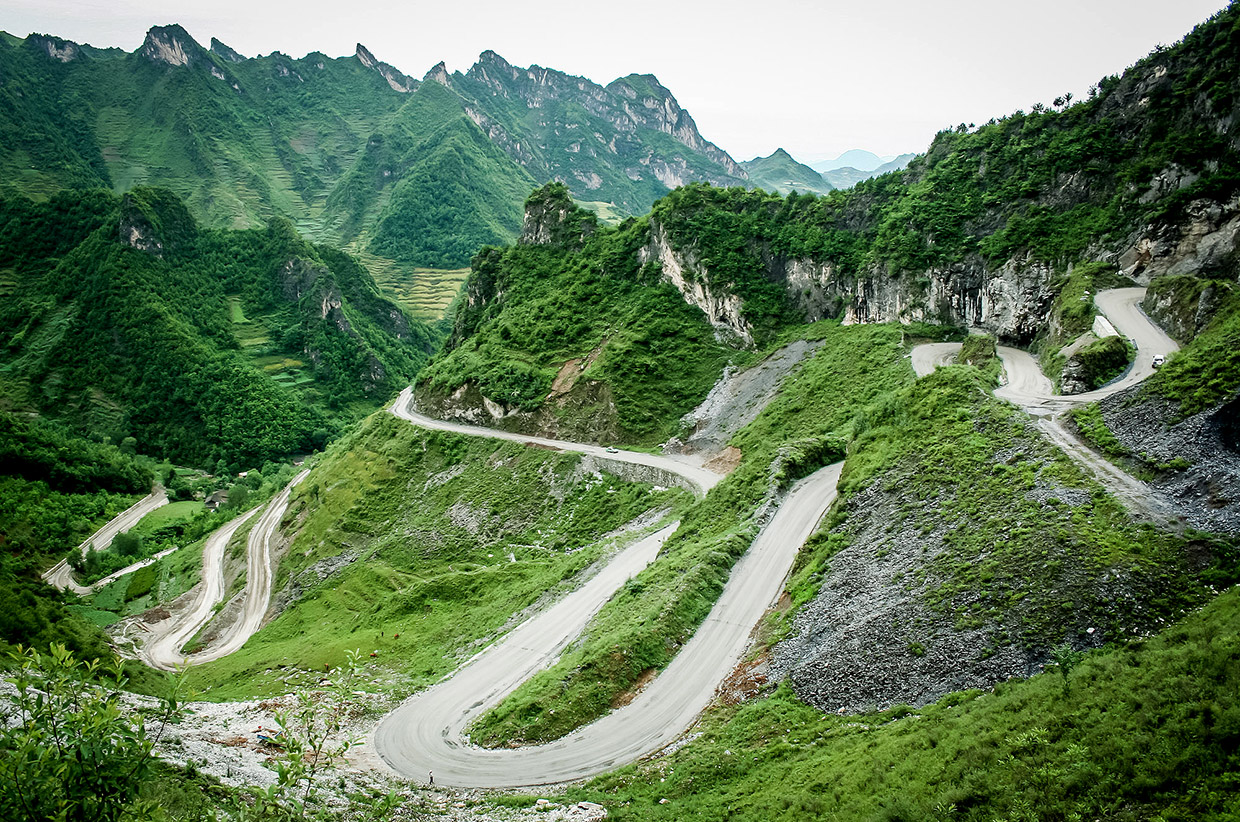 We wanted to spend some time on quieter back roads, so turned off onto a small road marked on our map that conveniently also shaved a few hundred kilometres from the main route. It turned out to be a very muddy track that went over a 2,200 metre mountain pass, and the unsurfaced road became almost un-rideable after a rainstorm. We spent the best part of three days dragging our heavy bikes through ankle-deep mud, but the scenery was stunning and the small towns amongst the hills were truly remote.

We ended up being trapped inside that cafe for 24 hours whilst the mother of all storms raged outside. We ate noodles and drank tea whilst watching gusts of sand and dust fly past the window at unbelievable speed. We began to get worried when the cafe owner kept glancing nervously at his roof, which had started to lift up with each gust. We debated hitching a ride back to the previous town, but now even the truckers were sitting out the storm.

When it became obvious that we weren’t leaving, the cafe owner kindly said we could sleep on the floor. We sat in the corner, watching the stranded truck drivers slurp noodles and drink beer until 2am. Finally the final customer retired to his truck, and we swiftly pitched the tent for a 6 hour kip.

We woke feeling “refreshed” at 8am to resume our battle with the wind, which had dropped slightly overnight. After a couple of hours of demoralisingly slow progress, the road subtly shifted direction: it was enough to turn the strong wind into our favour. Morale instantly increased 10-fold, and we now flew all the way to the next town, Hami, covering an all-time record distance of 200km. We hadn’t expected to arrive for days, so still had 15 litres of water and 10 packets of instant noodles stashed in our bags!

We walked around Hami on an incredible high after our swift escape from the desert, albeit often bemused at the unfamiliar customs. At times, China seemed like a different planet rather than just another country. The language was unintelligible, the food mostly unidentifiable and the style of eating like nothing we’d seen before. People spat on the floor, stared at us and sometimes laughed. Shops were bursting with weird and wonderful packaged goods and a walk through the butchers’ section at the market wasn’t for the faint-hearted. Buses repeatedly blew their deafening air horns, and the streets were always crammed full of people. Most toilets were communal long drops, often with no doors let alone flushes. Personally, I usually prefer to go alone.

As we continued eastwards, the far western end of the Great Wall appeared alongside the road for several hundred kilometres. Made from packed mud and 3 metres tall, it bore no resemblance to the postcard photos of famous renovated areas: this section of wall crumbled silently through the desert with not a tourist in sight.

The Great Wall continued east to Beijing, but we turned south in Gansu Province where finally the desert of north-west China was overcome by green mountains and hills. Here every available inch of land is used for growing crops: tiers are cut into hills to create a flat surface for rice or corn, and water from streams and rivers feed the fields through carefully cut irrigation channels. All work is performed by hand and every day we cycle past thousands of villagers – men and women, young and old – tending to their crops.

As to be expected in such fertile land, villages are everywhere. China has one of the fastest growing economies in the world, but the new wealth clearly hasn’t filtered down to the rural population yet. The cities we passed through had clear signs of wealth – fancy shops, flat screen TVs and designer clothes – but out here there was a confusing mix of rich and poor. Homes are typically made from mud with no running water or sanitation, but a perfectly smooth new highway runs past just a few metres away. Old women spend all day bent double hand-planting rice, whilst a brand new high-speed railway cuts through their fields, built to transport businessmen from city to city.

We continued through Sichuan Province, where high mountain passes were unavoidable regardless of the route chosen. We wanted to spend some time on quieter back roads, so turned off onto a small road marked on our map that conveniently also shaved a few hundred kilometres from the main route. It turned out to be a very muddy track that went over a 2,200 metre mountain pass, and the unsurfaced road became almost un-rideable after a rainstorm. We spent the best part of three days dragging our heavy bikes through ankle-deep mud, but the scenery was stunning and the small towns amongst the hills were truly remote.

We were always the centre of attention when arriving in towns. A crowd of people would usually gather round, wondering why two weird white people had just arrived in their town, carrying all their possessions on two filthy bikes.

Towards the end of our time in China we met Shirley in Zhaotong, Yunnan Province. ‘Shirley’ (her invented western name, as presumably she realised we had little chance of correctly pronouncing her real name) had lived in her city all her life and worked as an English teacher, but told us that she had never met a foreigner before. She was thrilled to meet us and immediately started calling friends to organise a dinner for us, sending bursts of high-speed excited chatter down the phone. We were whisked away to a restaurant where 10 of us squeezed into a private room with a big circular table.

A crate of beer was ordered, poured into small tumblers and then downed-in-one in a never-ending stream of toasts. Huge communal hot pots of unidentifiable food were put in the centre of the table, and everyone dived in with their chopsticks. It was a great evening, and a chance to feel like one of the crowd rather than an outsider looking in. By the time we’d finished, the room looked like a bomb had gone off – food and beer covered the table, the chairs, and the floor.

On the 90th and final day of our visa, we left China for Vietnam. China had been the most challenging country we’d cycled in. But all the things that made it tough are also the reasons I think back to our time in China so often. It was just so interesting – a country the size of a continent, changing throughout. Cultures and traditions so ancient, and so different from our own. Incredible scenery, mountains, deserts, smart cities and filthy villages. Although we only saw a thin slice of China, I have thousands of memories that will stay with me for a lifetime. For me, those 90 days were what adventure cycling is all about.

Rebecca and Ryan left home in September 2010 to cycle 16,000 miles from England to New Zealand.

After spending months reading various books and blogs about the adventures to be had on long distance cycling journeys they were inspired to give it a go. Their motivation was to have an awesome adventure, challenge themselves both physically and emotionally and to raise money for charity during their journey. 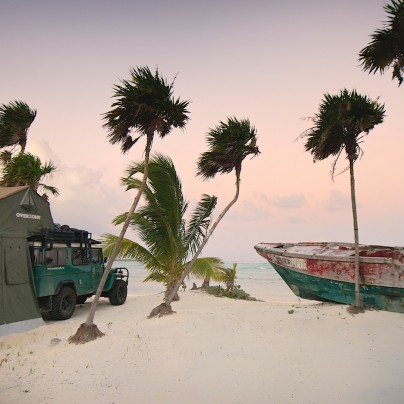 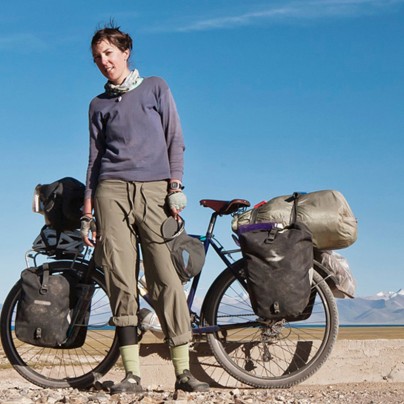 The Depths Of Fear Eleanor Moseman