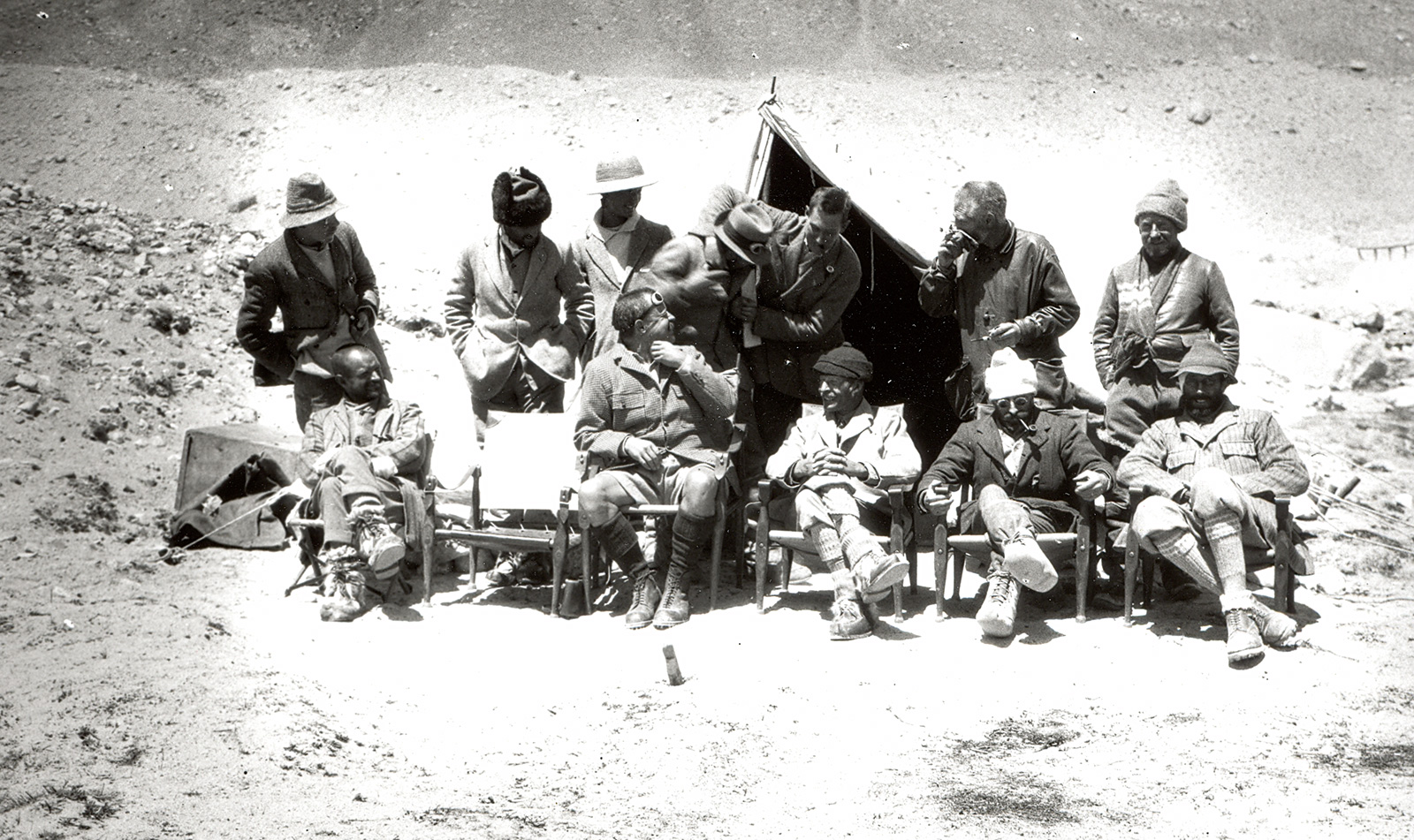 Photo: George Mallory, playing the clown as usual, head-wrestles Howard Somervell just as the shutter clicked at Everest Base Camp in 1924.

The Everest Icefall has now claimed another 16 Sherpas. I know the place only too well, having narrowly escaped death there on two separate occasions.

As a climb it is full of interest. You start from your tent at Base Camp and put your crampons on once the bare ice starts. Then, puffing hard in the already thin air, you start climbing up and down the frozen waves of ice. You skirt around little ponds, and haul yourself up icy crests. Soon you are hopping over crevasses in the ice, and then you will encounter the first ladders. Balancing over three ladders tied together across a bottomless crevasse is a nerve-wracking experience. Then the fixed ropes start. These are woven up the Icefall by a group of Sherpa called the Ice Doctors. Thin white ropes are attached to the ice by stakes and ice screws, to which you clip yourself in a sort of extreme stair-rail. If you fall off the ladder they might just hold you. But it’s not guaranteed. After the three ladders there is a collapsed section of ice we call Popcorn Alley, because the metre-wide blocks look like a vast popcorn spillage down some giant staircase. This is where the 16 Sherpa were killed. Next is The Hammer, a 50-tonne beam of cracked ice bridged across the route. As you try to rush under this you try not to think that one-day soon it is going to fall. Unfortunately some joker has put a knot in the fixed rope right under the Hammer so you come to a twanging halt and have to unclip, then re-clip on the other side.

After this comes Happy Valley, a collapsed section of such terrifying insecurity you only dare whisper to your companion for fear of dislodging the tottering blocks around you. Many look identical to a block of ice cream, except that they are the size of a house. Other parts of the ice are exactly like a Glacier Mint: clear, hard and transparent.

Climbing as hard as we can in air that contains only half the normal amount of oxygen we eventually come to the Great Slices: the top of the Icefall. Here we relax a bit, but Camp 1 is still hours away. Base Camp radios a warning of bad weather so we pull on extra clothes before we climb up into the snowstorm.

As I plod along I think about the first time I nearly came to grief in this dreadful place. We were filming actor Brian Blessed. There was an explosive crack from the West Ridge, thousands of feet above us, the leader yelled “run!”, and we jolted into the dream-like stagger that is all you can manage with crampons on your feet and thin air in your lungs. There was a roar behind us and the surging snow grasped at our boots. We ran to Camp 1, and collapsed, panting next to the tents. We gazed at where we had been climbing. Thousands of tons of dirty snow now covered the route.

The next time it happened I was descending, seriously ill, and wearing an oxygen set to help my starving brain to survive until the helicopter rescue. As we approached the top of the Icefall one of my companions clipped into the fixed ropes. At that moment a huge block of ice fell off with a roar and a cloud of white ice-smoke. It was no more than two metres from us, it took out a section of ropes, and my heart sank: of all days to have to start abseiling down the bloody Icefall! Ten seconds later and it would have killed us.

Sensible friends ask: why indulge in such a crazy sport? And the answer is simple: I was inspired by a family story. 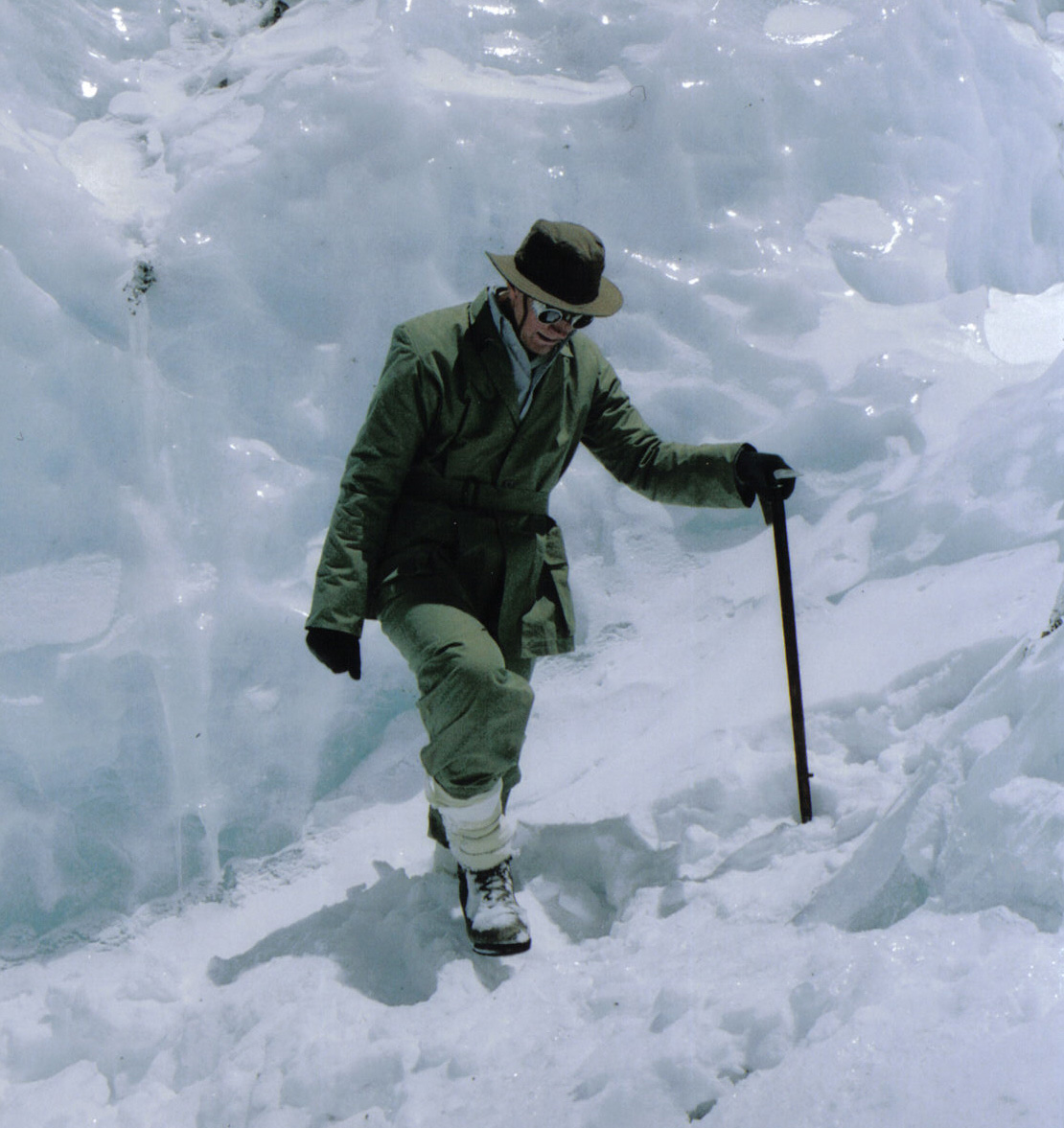 Photo: Graham Hoyland testing Mallory’s replica clothing on Mount Everest.
I was thirteen and he was eighty-one. He was my cousin Howard Somervell: “Uncle Hunch”- who had been on the first attempt to climb Mount Everest in 1922, with his friend George Mallory. Mallory was the first man to set eyes on the Icefall, and to name the valley it falls from: the Western Cwm.
At that stage in my life I knew nothing about this, I was only interested in the incredible story Somervell was telling me. He was a stout old man by then, with the slight stoop that gave him his family name, but his voice still contained the excitement of his Twenties youth.

“Norton and I had a last-ditch attempt to climb Mount Everest, and we got higher than any man had ever been before. I really couldn’t breathe properly and on the way down my throat blocked up completely. I sat down to die, but as one last try I pressed my chest hard” – and here the old man pushed his chest to demonstrate to his fascinated audience – “and up came the blockage. We got down safely. We met Mallory at the North Col on his way up. He said to me that he had forgotten his camera, and I lent him mine. So if my camera was ever found” said Uncle Hunch to me “you could prove that Mallory got to the top.” It was a throw-away comment, which he probably had made a hundred times in the course of telling this story, but this time it found its mark.

I was gripped by his tale, and wanted to find out if Mallory had actually climbed the mountain first, well before Hillary and Tensing on the British 1953 expedition. I spent years learning how to climb and eventually summited Everest in 1993. I was working for the BBC by then and finally persuaded them to back my expedition to search for Mallory’s camera in 1999.

We ended up finding Mallory’s body, as recounted in my book “Last Hours on Everest” (Collins), and I set to, examining the clues and trying to figure out what happened to him and his companion Sandy Irvine.

It took a long time, but the discovery of a final, clinching clue in the RGS archive put the lid on it. Oddly enough it was Uncle Hunch who was behind that, too. I am now fairly confident I know what happened on that fatal day in 1924 to the man who first set eyes on the infamous Icefall. 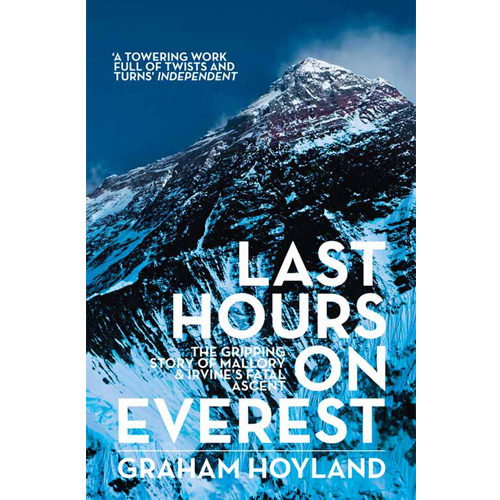 In his new book, ‘Last Hours on Everest’, Graham Hoyland pieces together all the evidence – some never seen before – and ultimately answers the question of whether Mallory did it. Graham was the 15th Briton to climb Everest and has returned to the mountain nine times in order to uncover the biggest mystery in mountaineering. There are many experts on Mallory and Irvine, but none with the same insight and experience.

An Overland Odyssey The Annapurna Circuit 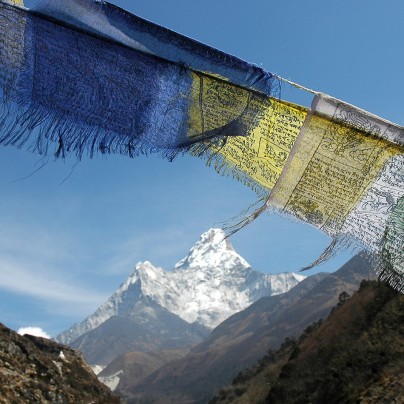 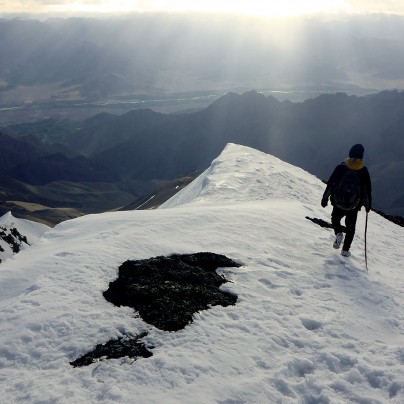 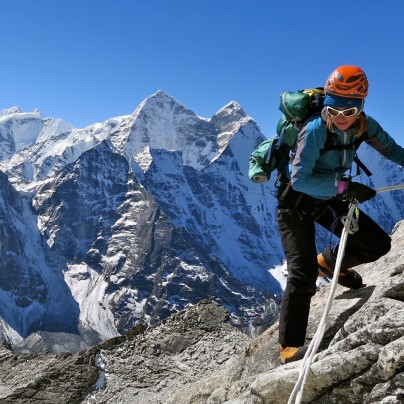