A Calculus of Risk 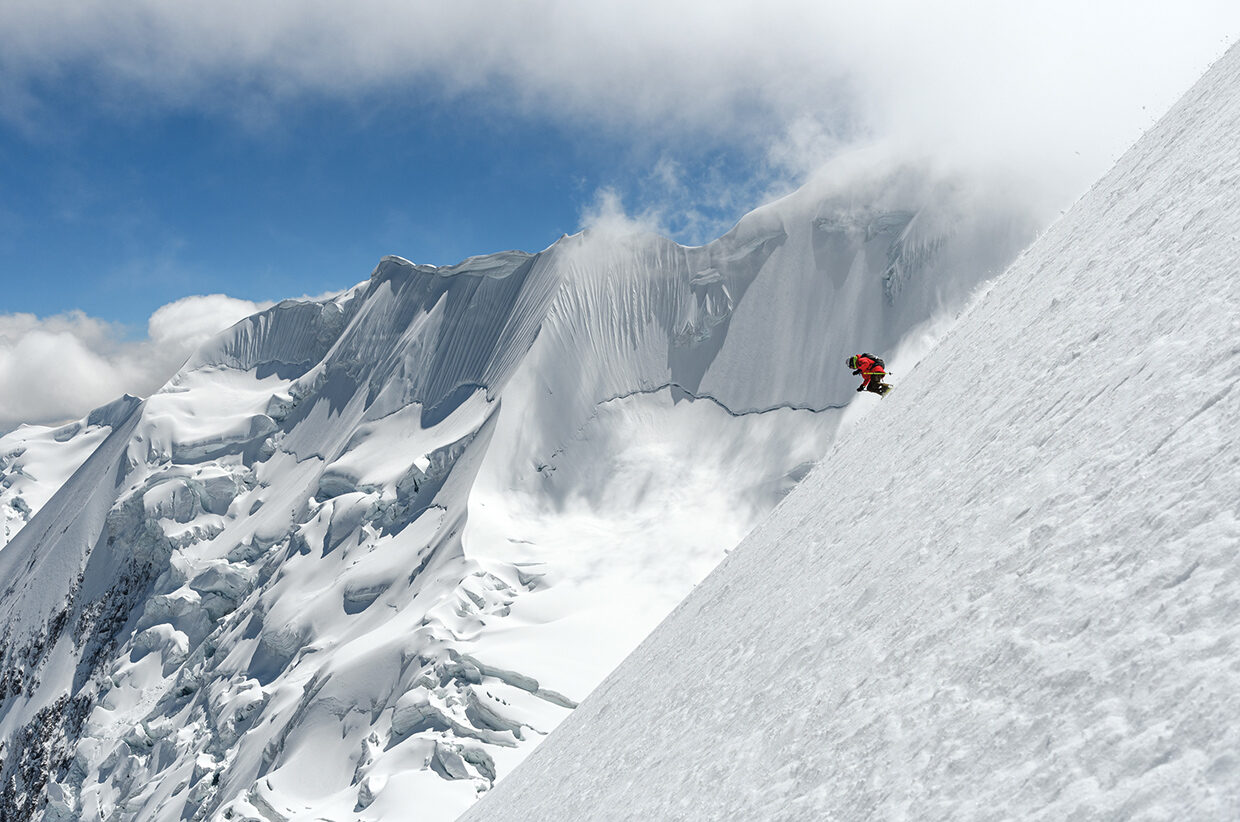 In Conversation with Zahan Billimoria

How much can we gain in the mountains, and how much do we stand to lose? We chat with Zahan Billimoria about the ‘dangerously empowering’ experience of uncertainty and risk in the mountains – and the barriers that communities of colour face in adventure pursuits.

Sidetracked: You didn’t grow up in a classic ski town, so how did you end up in Jackson Hole and what was the experience like to move there?
Zahan: I grew up in Switzerland, and then moved to the north shore of Boston – that’s where I went to school, so I’d already been in the US for four years. After working in Boston for a couple of years and getting married, Kim and I moved out to Jackson Hole together. I think moving out here with a partner really conditioned my experience; we were ready to start a family. We spent the first six months living in our pickup truck, travelling around the area and really immersing ourselves in the mountains before winter set in. We moved over to the other side of Teton Pass, to a small town with a tight-knit community, which we fell in love with. Originally it was supposed to be a little hiatus from our fast-paced East Coast lives, but the community, the people, and the lifestyle have kept us here.

Given that you don’t come from a guiding background or a mountain town, what was your journey to becoming a guide?
My entry into this career was unusual because I had kids early in life. Normally you need to clear your schedule for about 15 years so that you can rack up the mountain experience and then start your education. This is what happened for me as well, but I was in the midst of having children through all that. So, although I started guiding in my 20s, it wasn’t until significantly later that I started guiding full time. I had to pursue a couple of careers in the interim because I needed to put food on the table, to have a stable home life and, at the same time, pursue my dream of being a mountain guide and logging all of that time in the mountains. Being a guide can seem very enigmatic to a lot of people; they wonder how you would even start. The reality is that 95 per cent of your training is just immersing yourself in the mountains. You cannot rush to find a job as a guide. And the way that you pursue this path in the US is different from in Europe in many ways.

Why is that?
In the US, largely, you have to get hired by a guide agency, whereas in Europe you are an independent unit and you can even travel to other countries and work as an individual. I think there are pros and cons to both programmes. But one of the things that emerges strongly in the US – and strongly in my community here – is the idea of mentorship. The passing on, from generation to generation, of not just techniques but the mindset and culture around guiding. In my experience, with the tradition of guiding in the Tetons, nowhere is this concept stronger than here. It’s very rich, it is very respected, and, to me, it is very special. I see how my peers and mentors were connected to the legends that came before them: Alex Lowe, Kim Schmitz, all the way back to Glenn Exum. 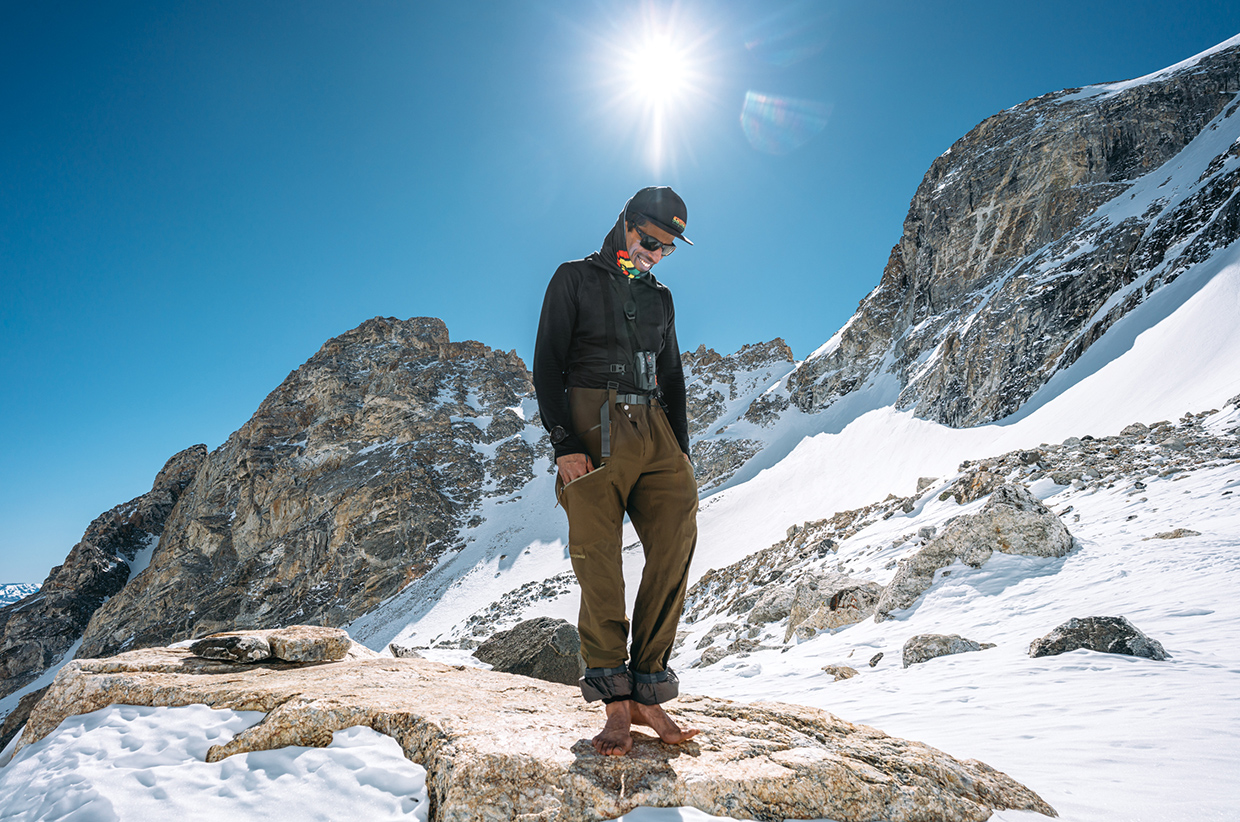 Why is mentorship so important to you?
Partly because both the mentee and the mentor recognise that the path they are embarking on is inherently dangerous. There is no flight manual to navigating that world, no perfect checklist of things that you can do to safeguard yourself. Mentorship comes in because it’s about judgement and processing moments where things go sideways. You benefit enormously when somebody can say: ‘I’ve been there too and made that mistake.’ That’s what I wanted Solving for Z to be about – breaking the barrier on the idea that there’s this class of people who are at the top, called mountain guides, and they have it all figured out.

In the film you face the topics of risk and grief. How do you cope on a daily basis knowing the risks for you and the people you work with?
The great thing – and also the terrible thing – about being in the mountains is that, to a large degree, you choose your risk. People are very keen to hear what my next step is and how much risk I am going to continue to take. And the truth is, I don’t know. There can come a time in your life when, all of a sudden, that risk just doesn’t seem like the right move any more. My earliest mentor always said have a Plan B – something on the horizon that will allow you to move on from guiding. You have to go with your gut and be free to move on from it when that time comes.

The great thing – and also the terrible thing – about being in the mountains is that, to a large degree, you choose your risk.

How is the climate crisis impacting your work in the Tetons?
I grew up climbing in Chamonix, so have seen first-hand how the area has experienced the shift in climate, in ways that I’ve never seen anywhere else in the world. The Tetons isn’t a glaciated environment; it’s very much season to season. I care about climate change from a broader human and social perspective, how it impacts people on this planet – people whose land is ravaged by the consequences of climate change and who are now on the move to create a new life elsewhere, because where they lived before isn’t actually habitable any more. It motivates me when I think about it from the human perspective, rather than it being about less snow.

Outdoor culture has predominantly been a white space. Has the lack of diversity and inclusivity been something you have been affected by over the years?
I don’t think I even gave it two thoughts, that I was the only person of colour in the environment and cultures that I had to navigate in order to become a guide. But yeah, they’re very white. Now, as an adult, I can look back on my younger years and register many different moments when I knew I didn’t belong, I didn’t fit in. But I just don’t think I cared that much – I just soldiered on. Now I’m in my 40s and much more interested in how I’m paving the way for the next generation. That’s where my heart is. I see how heavy the barriers are for young people of colour and I am invested in trying to figure out how, in my little world, I can be a part of changing that.

What kinds of things do you think need to happen, within the ski industry and wider community, for it to become a more diverse space?
My experience of the backcountry community is that it’s very ready and welcoming towards people of colour. But that’s not the barrier. The reason that people aren’t stepping into the backcountry isn’t because the backcountry community is averse to them – it’s much deeper rooted. It’s having to crash a place of wealth, to even think about spending that much of your time doing a leisure sport, to spend that much money on the equipment and then to fit in and speak the language! There’s a big societal block and all of these barriers to climb. By the time you get up there, yes they’d welcome you, but how are you going to climb the mountain to even get there?

The people who I see doing the most meaningful work are those working with kids and youth. In my community, there is an awesome organisation called the Croom Foundation that’s been around for over a decade. They started by getting Latino kids in soccer programmes and introducing them to skiing – both equipping them and showing them a good time on the mountain. If you make them feel at home on skis and in the cold environment, they have a path to experiencing skiing. I really want to be a part of supporting things like that.

How do you see things changing in the near future?
The way that we roll in the mountains has been dictated by white people and culture. As the African-American community, or Latino community, or Asian community starts to find its way in the mountains, that changes everything. Even though I grew up in Switzerland, I see the world through the colour of my skin, my people, the music and the vibe, so the whole thing is going to be different. If these sports are going to become more diverse, don’t just expect to see people of colour, cultures of colour, coming into what you will soon realise is a very white culture.

Over time, the culture around these sports will represent a wider variety of cultural voices. That doesn’t mean that everything needs to change. The reality is that most communities of colour come from urban environments. So as more people come to share the space in the mountains, we are going to have to find ways to work together and communicate. With colour comes culture.