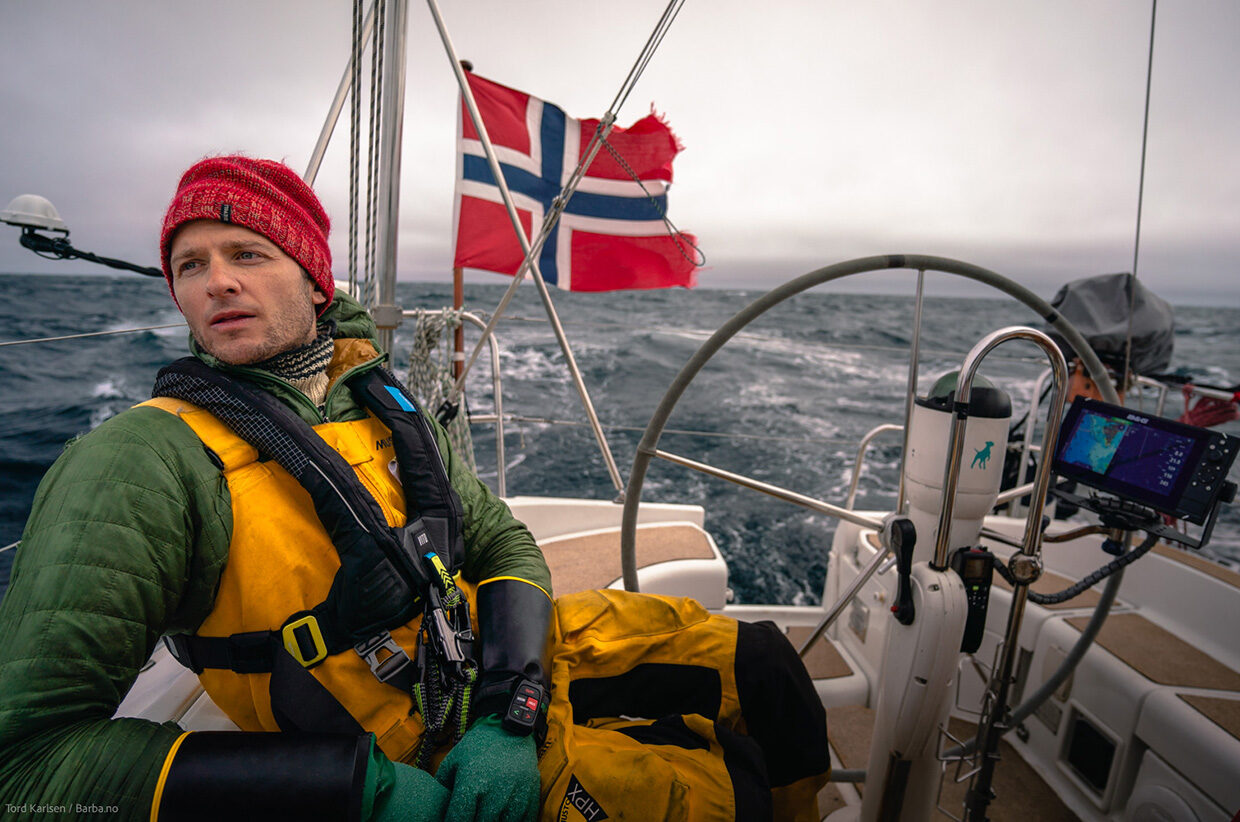 Telling the Story of the Unseen Ocean

‘Initially when it first unfolds, you’re very nervous,’ says Andreas B. Heide, mission director and founder of Barba. Polar bear encounters are common on his expeditions. ‘You have the continuous threat of polar bears: an animal that actively hunts people,’ he continues, ‘and they will kill you with great ease, should you come across the wrong ones.’

The best way to encounter polar bears, Andreas tells me, is from the boat – although even this holds risk. Once, his team watched in awe as a polar bear spent 15 minutes trying to board their ship. ‘We have a very low stern, made in such a way that it’s easy for a diver to get on and off the boats. The polar bear must have recognised this feature as well,’ he recalls. Shouting at the bear and banging wooden sticks was enough to scare it away. The team has, fortunately, never had to resort to more serious repellent measures such as flares or guns. Help could take a very long time to arrive when you’re in a remote part of the Arctic.

There have been some close encounters, but it’s not just the polar bears that bring Andreas to the Arctic. The Norwegian marine biologist grew up by the ocean and has been exploring it for as long as he can remember. The signs of his future as an expedition leader were there from his early days, even before he could swim. As a child, he would look for crabs hiding in rock crevices and build his own raft to go sailing. This early passion has led to incredible adventures: freediving with orcas in shallow seas; spending time in the water with the elusive fin whale, the second-largest cetacean after the blue whale; and experiencing the intimate moment of a mother polar bear nursing her cub.

When we speak, Andreas has just completed his latest adventure, having recently returned from Arctic Sense: a four-month research expedition to find out more about how climate change and pollution are impacting marine life in the polar Atlantic. This voyage onboard the ocean conservation platform S.V. Barba had a particular focus on whales as a key marine species. 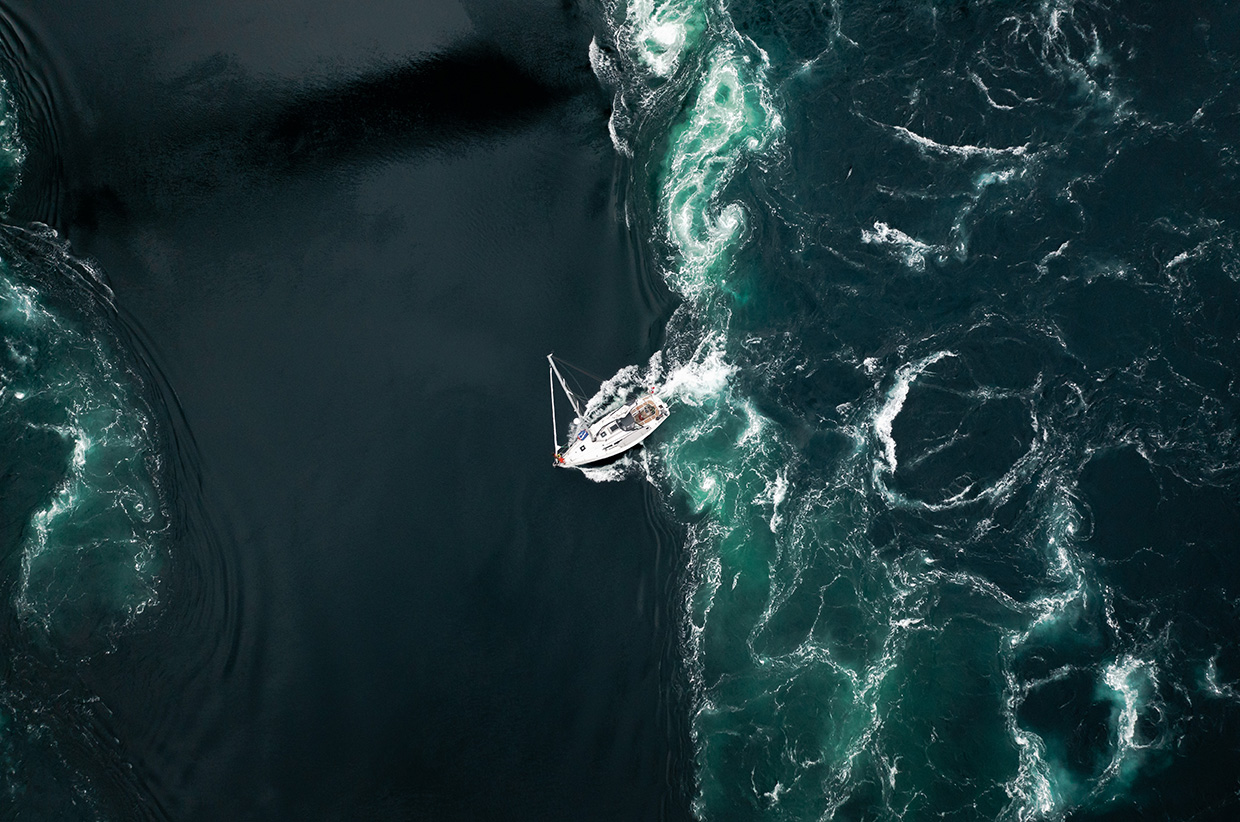 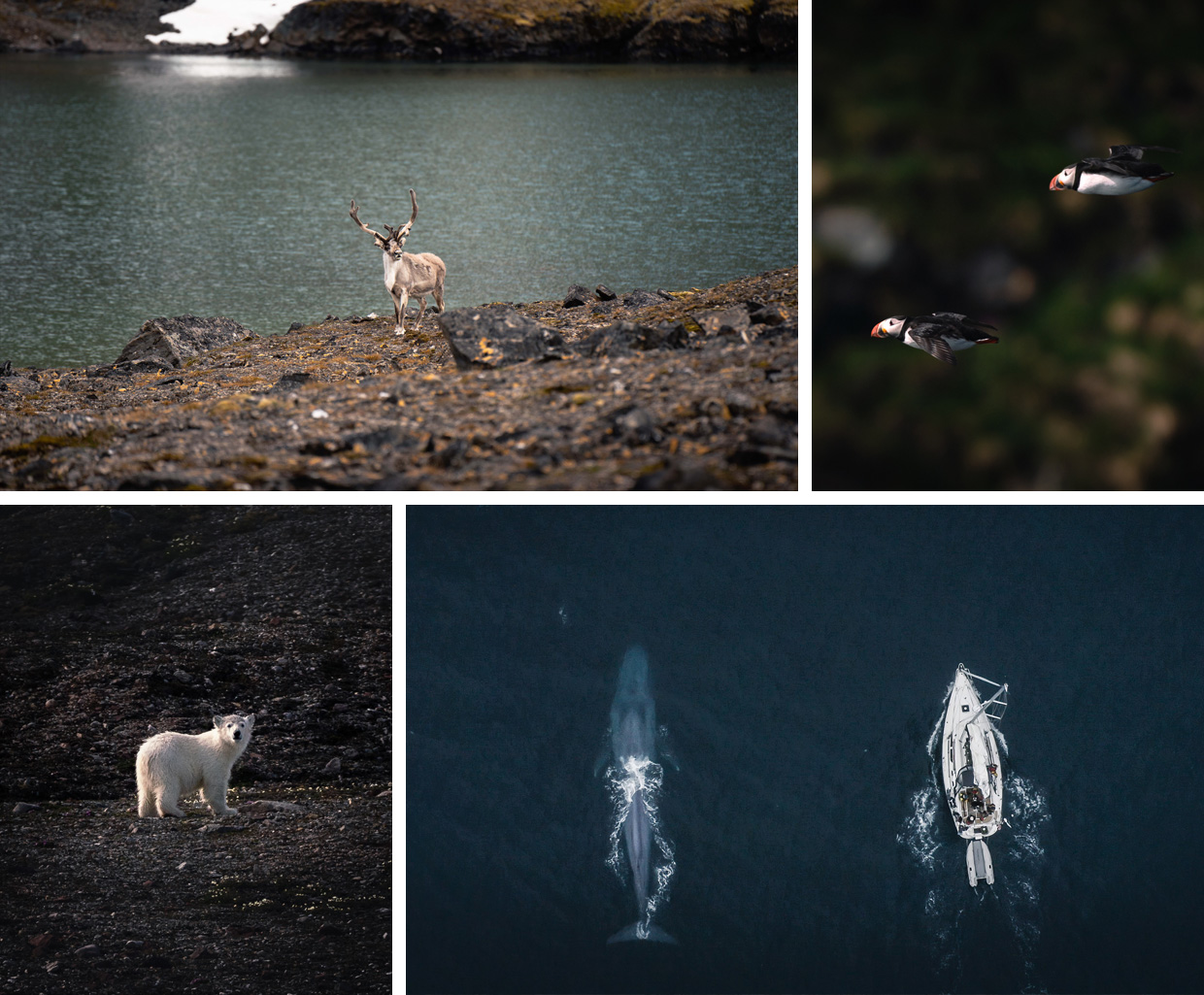 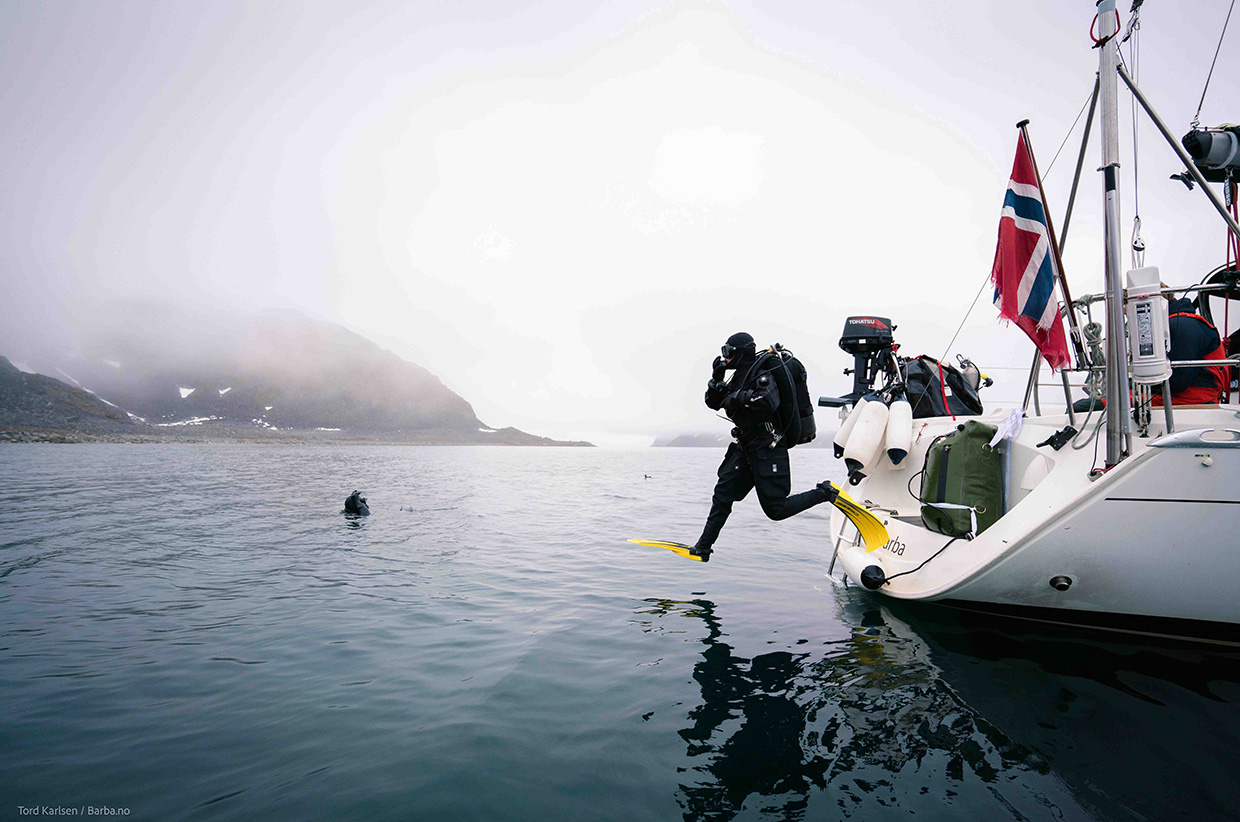 Researchers from the charity Whale Wise collected photo IDs and aerial imagery, using drones, to document the whales seen on the voyage. The goal was to measure their body condition and note scars or identifying marks. Comparison with historical data will allow them to determine whether individuals are in better or worse condition than those recorded hundreds of years ago.

However, finding whales – or any species that spends most of its life below the surface – is a challenge, especially in bad weather. If you can only study them when they come up to breathe, you’re seeing a tiny glimpse into their lives. Instead, scientists have turned to eavesdropping.

Acoustic monitoring allows researchers to gather deeper insights into the whales’ abundance, distribution, and migration patterns. During the Arctic Sense expedition, an underwater listening device called a SoundTrap was deployed at a depth of 40m for six weeks. Additionally, a towed hydrophone with passive acoustic monitoring (PAM) software enabled the team to detect cetaceans in real time throughout the journey, even when they couldn’t see them. ‘This listens for whales and picks up ocean sounds at different frequencies,’ Andreas explains. The team can listen live while the computer software stores the recordings for later processing. Importantly, these methods allow them to learn more about the cetaceans with little disturbance to the animals.’

He adds: ‘This acoustic world opens a whole new understanding of the ocean.’ The ocean might seem quiet from above the surface, but below it’s a different story. Listening through the hydrophone can sound ‘like a recording from a jungle with whistles, clicks, and all sorts of sounds,’ he says.

The scientists were looking – or, rather, listening – for both baleen and toothed whales. They were particularly interested in bowhead whales and northern bottlenose whales because these two species have not recovered well from commercial whaling in the region. Similarly, they wanted to know what they can learn about the occurrence and habitat use of the globally endangered blue whale – and discover how our understanding of the human impact on the health of these populations might minimise future harm. 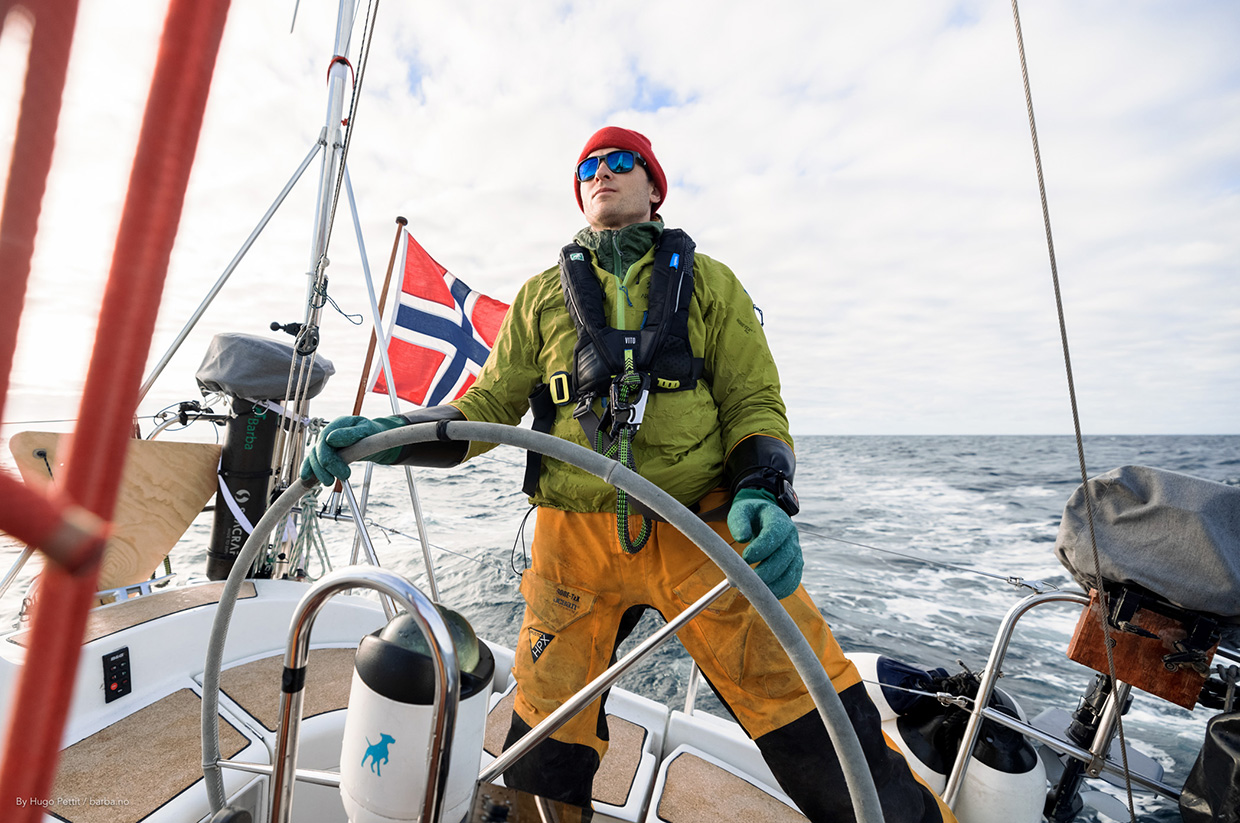 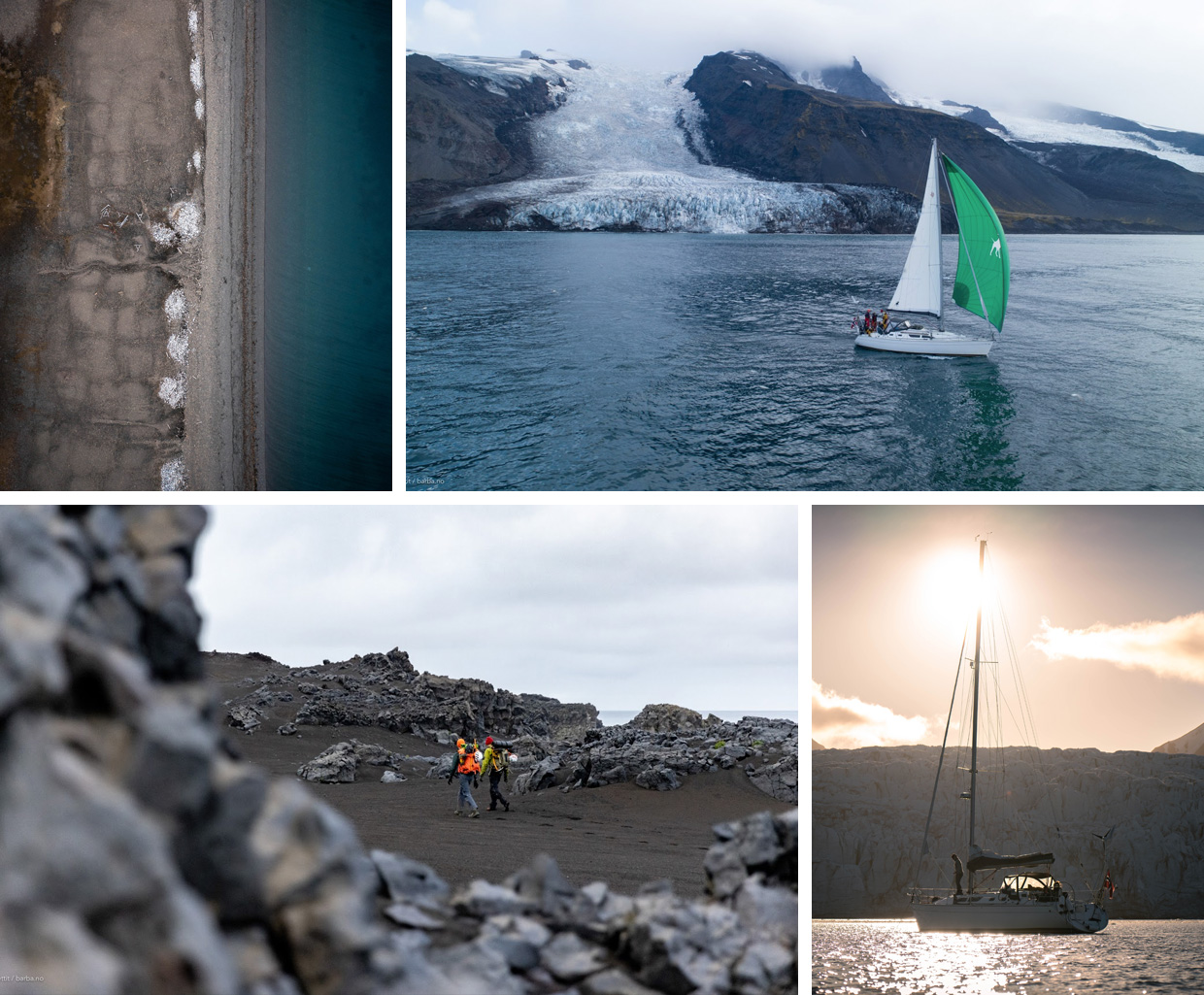 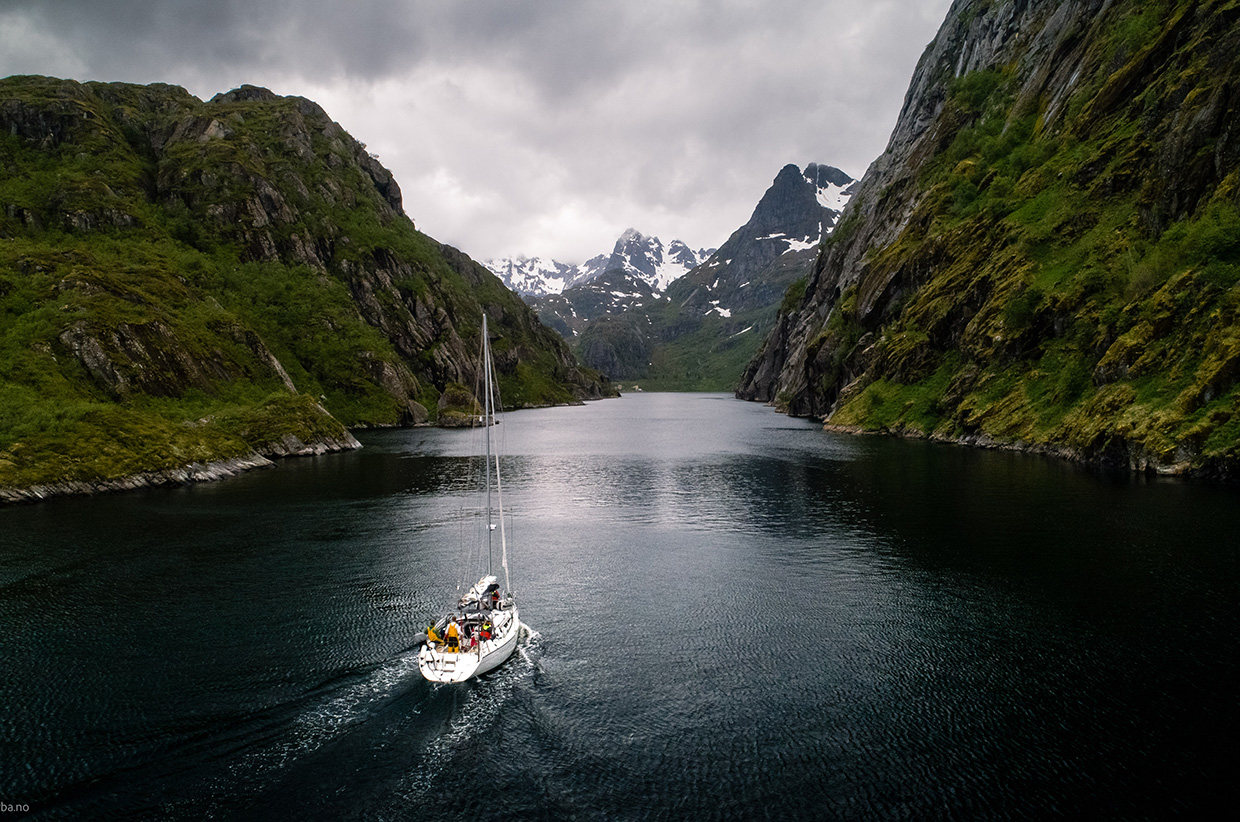 What’s particularly interesting about Andreas is his belief in the importance of storytelling, something that shines through in the Arctic Sense expedition. Descriptions of the journey, which started and ended in Stavanger, Norway, notably mention that its diverse team of experts includes ‘researchers, scientists, and storytellers’ (such as journalists, photographers, and cinematographers). While an expedition without scientists onboard would be unthinkable, most wouldn’t bat an eyelid if a research vessel set sail without any storytellers onboard. But for Andreas, these members of the team aren’t just nice to have; they play a critical role.

The data gathered during the journey is, of course, vital. But for Andreas, sharing the magic of the Arctic experience is just as important. Growing up in Norway, he often watched the BBC nature documentaries that were broadcast on the national television station. Seeing powerful stories of the natural world unfold on TV led to his interest in nature and, later, biology. ‘What made me care about nature was this captivating and strong storytelling,’ he explains. In this context, his belief that conservation and communication are intertwined makes perfect sense: it’s not a lack of knowledge that hinders conservation efforts but not being able to reach enough people with the message.

Andreas is in awe of these dynamic, untouched environments and recognises his privilege in being able to explore them. But his childlike excitement of being on the remote, pristine ice is also tinged with sadness: these thousands of square kilometres of ocean of ice are retreating and could all be gone in his lifetime. And yet this gives him purpose and the drive to ‘push things in the right direction’.

‘I think it’s important to be optimistic and positive,’ he says, ‘and to never give up.’ There’s no question that the Arctic is under threat from human activities such as noise, plastic, and chemical pollution as well as shipping and oil exploration. But we still have time. Expeditions like this one offer a real opportunity to better understand and minimise future impacts. What’s more, when everyone gets involved – scientists, storytellers, and individuals passionate about conservation – ‘that’s when big things can happen,’ he says.

So, if only a collective effort can turn this bleak fate around, let’s get to it. We have much to do.