From the field: Ash Dykes 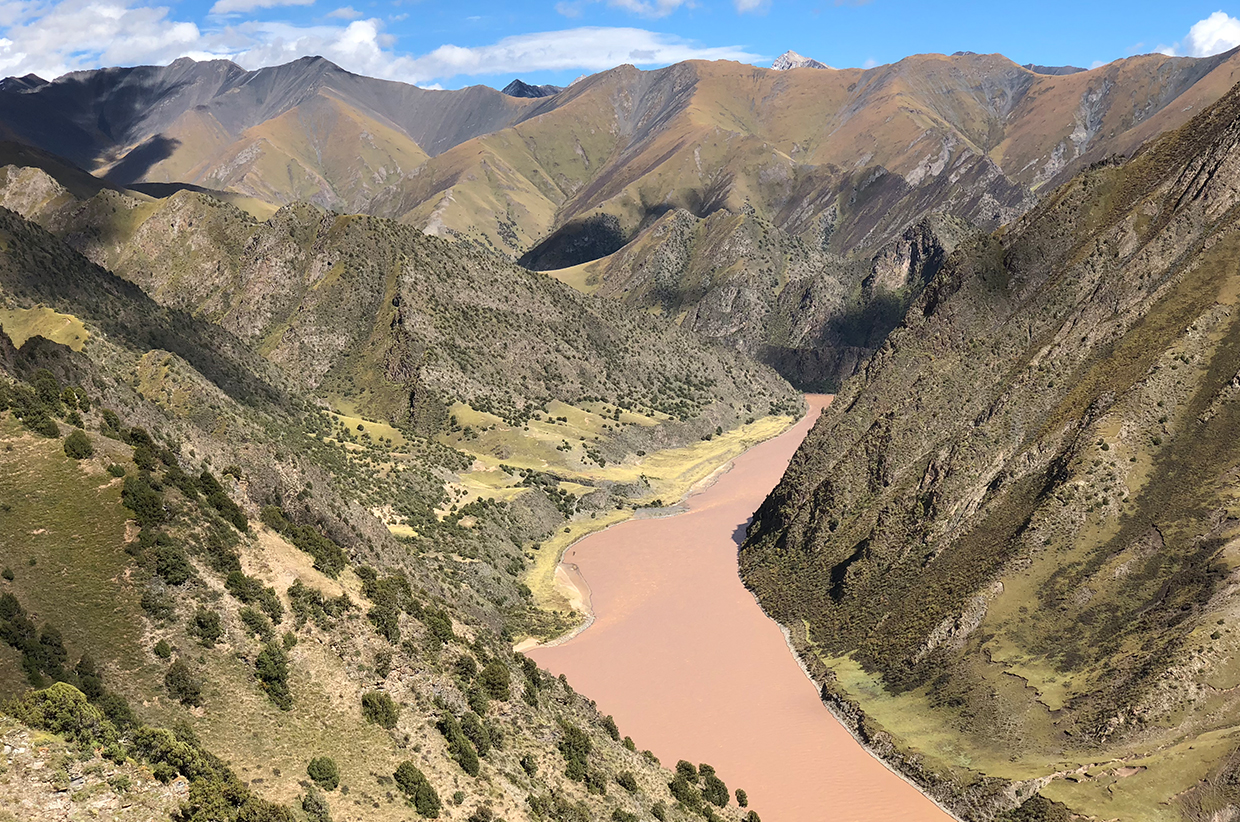 Where are you right now, and how do you feel so far in your challenge?
I’m currently in Yushu, west China in Qinghai province, situated at around 3,600 meters and surrounded by 5,000+ meter peaks. It’s a truly beautiful place! It’s amazing to be here, this is my first big milestone of the mission, after five weeks at over 4,000 to 5,000 meters, covering around 550 miles. I feel so far, that what could have been thrown at me, has been already…

I’ve had a real tough time, six members of my crew at different times have had to leave, be evacuated or taken off the mountains. My first guides Bima, Tuda and I faced everything, from snow blizzards, -20C, wolves, bears, wild yak (maybe even more dangerous than bears), being detained by the police, insane terrain, ice cold river crossings and having to fend off dog attacks.

Why did you decide to do this challenge? How did the idea come about?
Since travelling to China at age 19 in 2010, I realised the enormity of this country and said to my good friend Mat (travelling buddy), that one day I’d love to return and take on an extreme expedition here. I was looking at going through the heart of China but needed a goal, a start and end point.

After doing a lot of mapping and research, the Yangtze for me made perfect sense, with where it would take me, the different cultures I’d be able to immerse myself, varied weather, terrain, wildlife and the fact that if I were to complete it, it would also be another recorded world first.

What is the key aim?
There are a few. I hope to be able to make this one of the world’s most interactive expeditions to date, virtually taking people with me, as my Navarino sat comms provides me with the connectivity, to make this possible. I also aim to include photos, videos, live stream, polls, votes, Q&As and, for the brave (or crazy), people can join me for short periods along the way.

I’m working with educational organisations all over the world who engage with millions of pupils and enable them to follow my journey. I’m replying to their questions and sharing photos, in the hope to educate, inspire, motivate and interact with Mission Yangtze. I’ve partnered with Water-To-Go, China Biodiversity Conservation and Green Development Foundation (CBCGDF) and the British Consulate General to help raise awareness of plastic pollution, as it’s a global issue.

I also hope to share the beauty and wonders of this great river and the communities I pass along the way. On a personal level, I hope to achieve my third world first, in becoming the first recorded person to walk the Yangtze from source to sea. Something I believe to be one of the few remaining world firsts and potentially one of the most interactive expeditions of this decade. 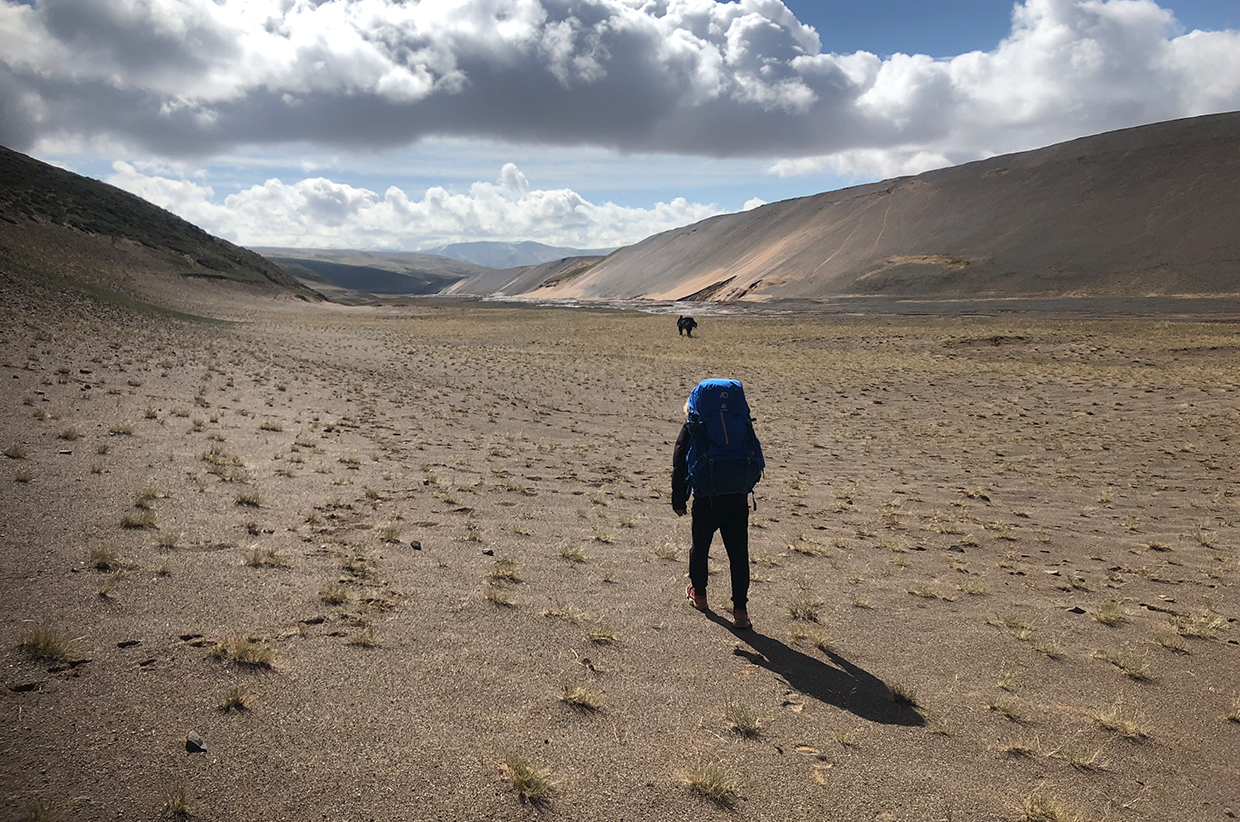 What are the biggest challenges so far?
There are so many challenges: the changing weather (it’s now almost winter and snowfall has begun), the wildlife (the bears and wolves are hungry), altitude sickness which has affected four of my team who had to abandon the expedition. But one of the biggest and most inconvenient challenges has been the authorities worrying for my safety and disturbing me gone midnight in my tent and insisting I accompany them back to their stations for questioning. Luckily, I had all the right paperwork and government support, but it has still been a nightmare!

What have been the scariest moments so far?
I would say, being at the source of the Yangtze at high altitude, it’s remote, harsh environment and unpredictable climate and wildlife. I remember feeling daunted, especially when witnessing the fear on my guides faces at the prospect of what lies ahead. I always think ‘if the locals panic, you should be concerned’. I felt so vulnerable. I’m nothing up here, bear food, insignificant and felt so exposed for something bad to happen.

What has surprised you most during your journey so far?
I guess what’s surprised me the most, is just how physically and mentally demanding and draining the mission has been so far. I must say I haven’t experienced one pleasant day’s walk up to this point, due to the terrain and weather conditions. Without sounding too negative, almost everything that could have been thrown at me has been, which has really surprised me, as I’m only five weeks into the expedition, with over ten months left to go. But I also feel it has broken me into the mission fast and hard, toughening me up for what may lay ahead. “If we face our struggles head on, then we eventually break the struggle”. 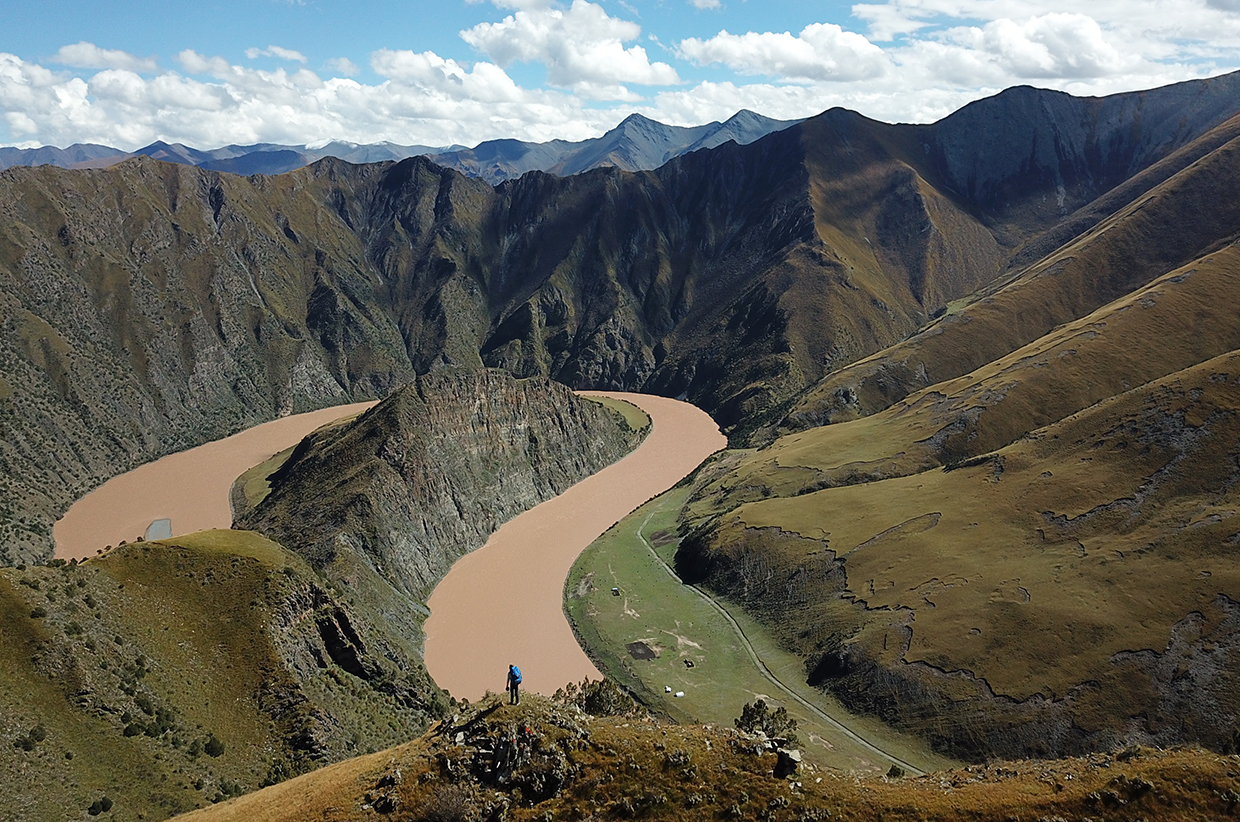 What has been the most important lesson?
While I trained hard in preparation for this journey, I’d not anticipated that some of the team were not so prepared for what we were about to face. After just three days, some members of the team having to leave for their own reasons, which brought the mission to a temporary halt. This delayed the expedition and with the weather now closing in fast, the yak mating season approaching (wild male yak is very dangerous) bears being on the hunt prior to hibernation and more frequent storms, I was inadvertently exposed me to more risk. Of course, I had my fears but believed in my own preparation and had to suppress my doubtful thinking, breaking my goals down to focus on the mission on a day-by-day basis.

What’s been the most useful piece of kit?
Aside from the need of a good tent, sleeping bag, stove, correct clothing and footwear for these harsh conditions, the following two pieces of equipment proved essential. My Navarino satellite phone has kept me connected, especially in times of need, such as enabling the production team to liaise with police officials to resolve issues on several occasions. My Water-To-Go filtration bottle because it allows me to stay hydrated no matter how dirty the water.

Finally, if you could go back in time and tell yourself something as you were setting off what would it be?
If I was to go back by a good few years, I would tell myself that I’m far more capable than I believe. Not just me, but people, in general, are held back by fear, some only for a short period of time, others a lot longer. I’ve just got to trust the process, jump the hurdle and face my fears, which I have been doing for some time now.

Frozen Mind Summits of my Life