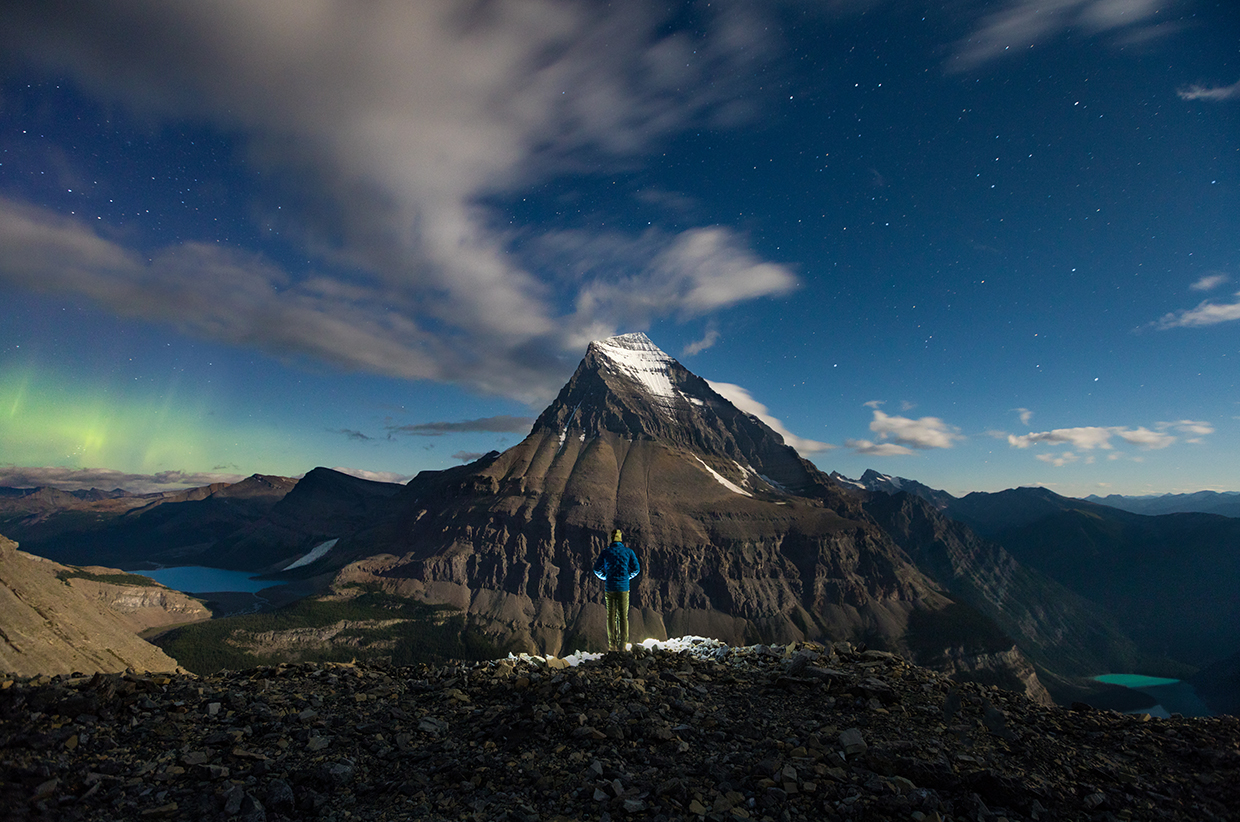 When the world is sleeping, outdoor photographer Paul Zizka heads out to shoot some of the world’s starriest skies. In The Starlight is a portrait of Paul, and his life, by filmmaker Mathieu Le Lay. Here we speak to the director to find out why Paul made such a compelling subject and the challenges of filming in Greenland and Namibia.

Tell us a little about the film. What can viewers expect?
Viewers can expect to see stunning landscapes from iconic places in the Canadian Rockies, spectacular scenes from an expedition to Southern Greenland and some of the starriest skies in Namibia. In the Starlight is a documentary portrayal of adventure, photography and family. The film showcases the passionate life of the Canadian outdoor photographer Paul Zizka who tries to find balance between his professional and family lives.

I believe I started to connect with Paul at the perfect time. We had been following each other’s respective work for a little while when I contacted him in early January 2016. Paul was immediately very enthusiast to the idea of making a film focused on his approach to astrophotography, as well as on his family life. I wanted to show how he balances his passion for photography with his responsibilities as a young father. Through an intimate approach, In the Starlight explores his creative life and how parenthood makes it even more challenging on a day-to-day basis. His story brings attention to a family life well-lived, while still enjoying a true passion and regularly going on adventures.

What did you want to achieve with the film?
I love to share stories from people living extraordinary and unusual things. I have special interest in characters that spend most of their time in the wilderness, far from city life. What drives me to always want to create new films is this search for authenticity, singularity, in a way of filming and in a way of treating my subjects. All these filming ideas emerge from personal fascinations. I’m a big fan of Paul Zizka’s work which I found absolutely outstanding. His work is what inspired me to contact Paul in the first place to share this idea of making this film. I wanted to show the behind the scenes of Paul’s work, on the professional side when he is shooting often alone on locations and on the personal side when he needs to balance family with his passion as an astrophotographer. In order to achieve it, I spent a few weeks at Zizka’s both during winter and summer 2017. Paul’s four-year-old daughter Mistaya did not pay attention to the camera. Her very natural behaviour allowed me to capture authentic and privileged moments within their family. One of the main achievements of the film was to see and shoot the northern lights. We were lucky to witness and film intense and spectacular Aurora Borealis in Greenland.

What was the most surprising thing you learnt making the film?
I had to have multiple-skills on this project. Physical skills and adventurous spirit was a must to shoot In the Starlight. Besides this, it’s very important to know how to convince the people that can help you on the way. As a co-producer of the film, I had to find out which brands and sponsors would be potentially interested in supporting us. This project was possible thanks to the support of partners such as Ball Watch, Mountain Hardwear and Visit Greenland. A few sponsors joined us to bring some logistical and gear support: Canon France, Aquatech, Syrp, Tasermiut Greenland Expedition, Wilson Mountain Sports.

On a logistical part, Paul and I had to plan everything before making each trip on locations, including some online researches as well as planning our remote routes on Google Earth, especially to prepare our Greenlandic expeditions.

On a very personal side of the experience, I am not a father yet, so I have learned a lot about parenthood from Paul’s own experiences and the way he manages everything so nicely in his life.

What has been the viewers’ response to the film? Anything unexpected?
The first feedback from the public who was able to watch the film are very encouraging. The public seems to enjoy the journey beside Paul Zizka, his kindness, passion and positive attitude. They found very thoughtful how Paul is taking care of his daughter, Mistaya. They also often mention the quality of the cinematography. The film received the first prize during the 8th Sestriere Film Festival this Summer and will be screened in many more international film festivals over the second half of the year and throughout next year. 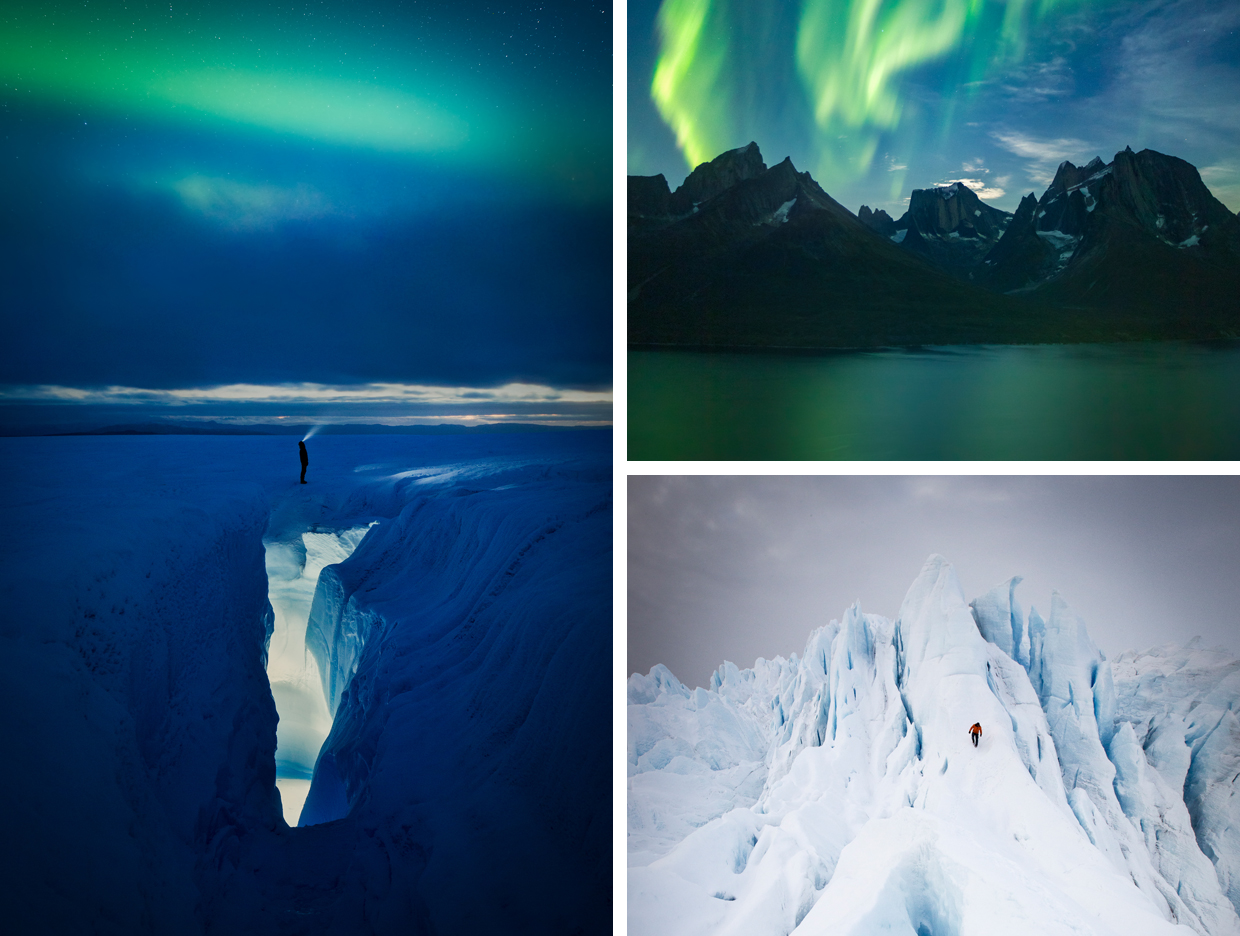 Studying the stars is often about bigger questions. Is that something you wanted to touch up in the film?
The new challenge in making this film was to partly shoot it during the darkest hours of the day in order to document Paul’s astrophotography work. Since the stars are the core of his work, I wanted to evoke the night sky through Paul’s words that he could share and tell himself in the film. I wanted to focus his talks on his personal experiences of creating images under the stars. Paul had ‘carte blanche’ to express his personal feelings about the world at night and how he feels connected to the whole thing. It was great for me as the filmmaker to learn more about the stars, our infinite galaxy and the way we can all interact with it. I hope the viewers can feel this sense of mystery through the film.
Working half of the time at night made this film pretty unique. It is quite incredible to see what we can achieve nowadays with a DSLR camera. The quality of footage from low budget cameras really goes beyond my expectations.

You also learnt about the wild places on the earth. Do the two go hand in hand. How does the context help the photos?
The essence of creativity relies on being inspired. It was crucial to schedule key trips and expeditions in places that Paul really wanted to explore as part of his creative process and then I had to adapt myself to those wild and remote places. Since Paul is attracted to hard-to-reach places, ice, stars and aurora borealis, Greenland just naturally became the perfect place to achieve most of our goals. Being alone in those remote places really helps the photographer to develop his inner senses.

Beyond his outstanding photographies, I think Paul’s work always visually defines and expresses what’s the sense of wonder and adventure. I admire his photography approach with his strong desire to connect back people with their natural environment.

You talk about the importance of getting out into the wilderness. How important is this for children? What can they gain too?
As a director, I want to share through my films positive vibes and energies as well as inspirational messages to the audience. I think we respect and protect everything we know and care about. For children, education really starts this way. Children have to get out during their childhood to develop as much as possible their sense of wonder, their curiosity and their wild spirit. This connection to Mother Nature will inevitably lead to their profound respect to all the living species on this planet and to our fragile environment. Paul’s excitement and joy through all the film can inspire people of different age to get out at night under the stars and feel strongly and deeply connected to our universe. I hope the film can play that role. I think Paul is a wonderful ‘ambassador’ thanks to his endearing personality and outstanding photography work. 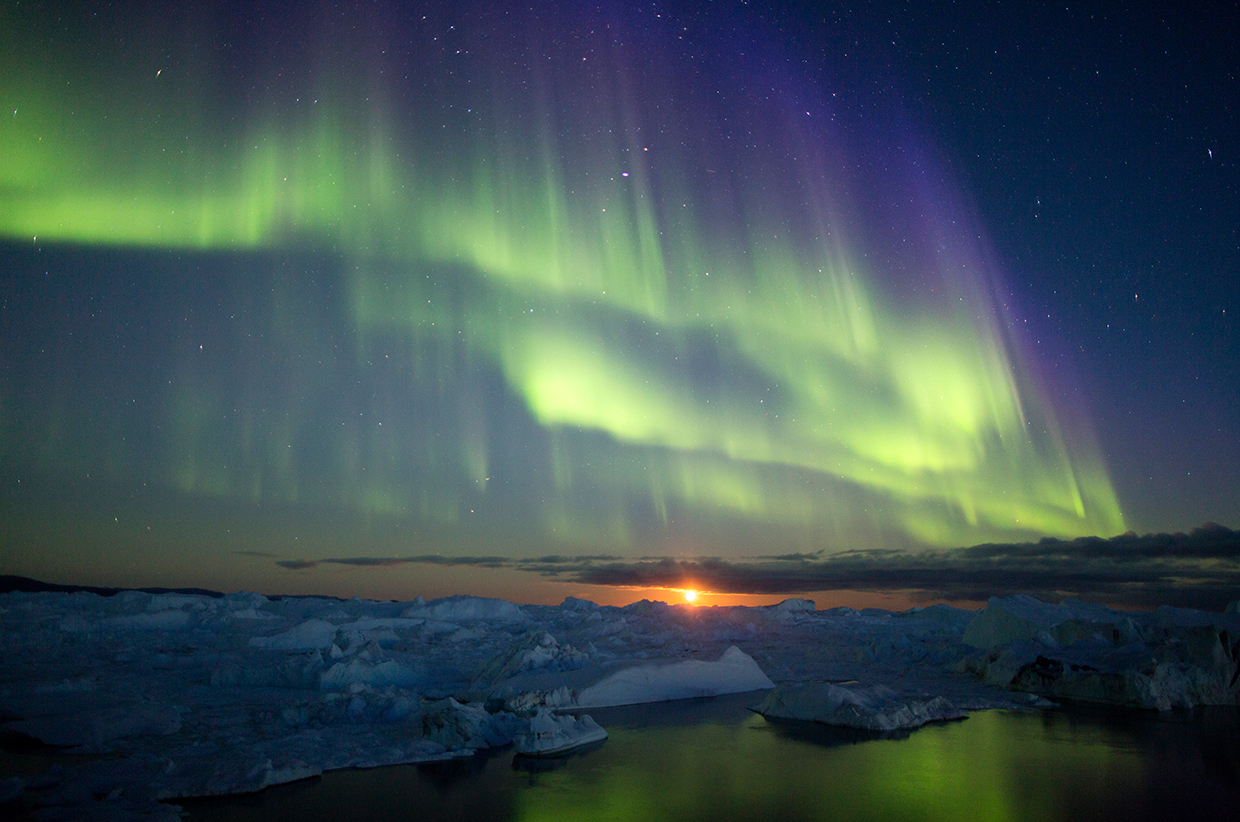 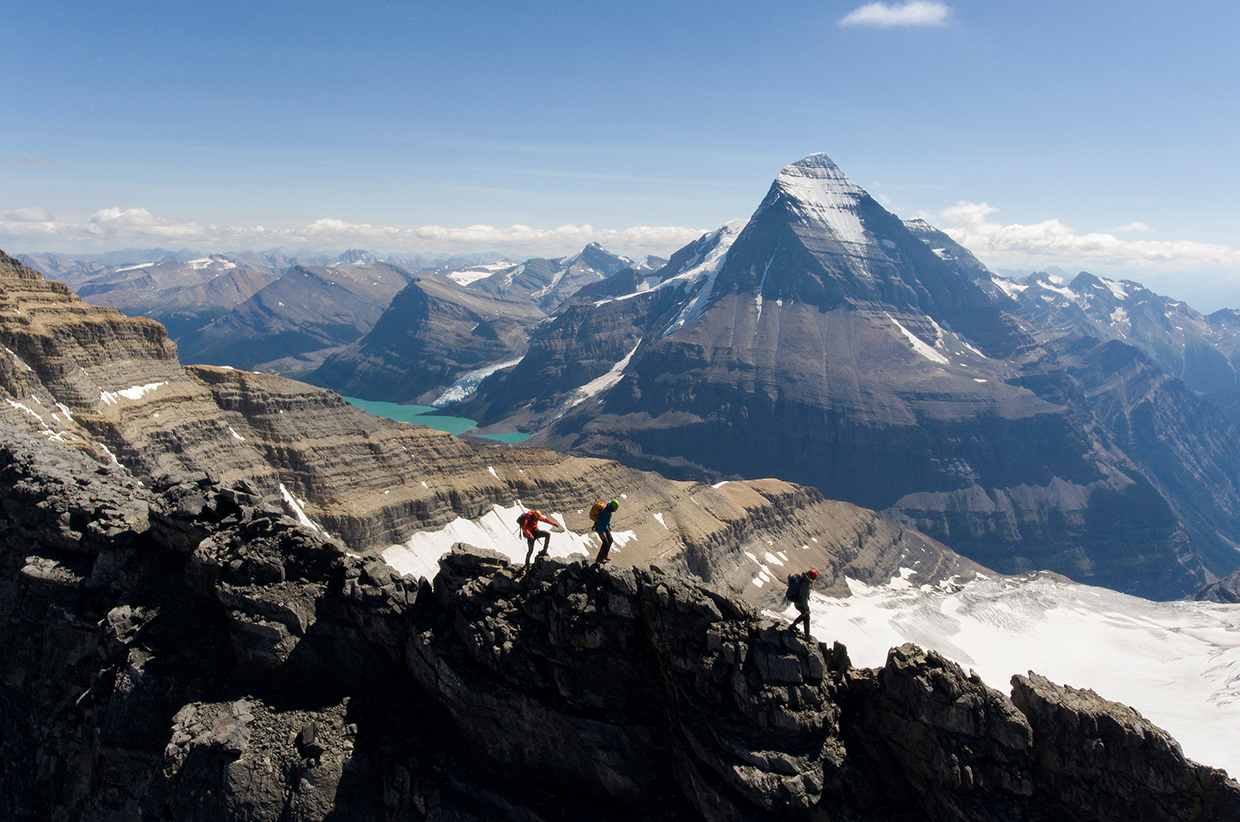 Photos above by Mathieu Le Lay

If there’s one piece of advice that you’d tell yourself before embarking on the project, what would it be?
Working as an author is often challenging. I’d tell myself that I should never give up again to make these films come true and alive. I have to keep believing in everything I do, including these film projects. There is something magic in seeing the final result when you think about everything you’ve been through during such a project. It took a couple of years to be able to achieve this one, but it might take even more years in order to achieve other films. I always want to follow this spontaneity and good intuition in my way of working for the future. I have many ambitious film projects in development.

What were some of the most challenging conditions you filmed in?
Definitely on the Greenlandic icecap when we have spent a few nights in the middle of the ice. Natural conditions can change so quickly and unexpectedly over there. Sleeping on the Greenlandic icecap can be harsh. You can feel very cold because of the wind can get pretty nasty at times. During the Greenlandic expeditions, we had to walk long distances with our heavy backpacks as we were carrying all our bivouac gear, photo and film gear, food and other supplies. This can sometimes look like a survival experience to spend a few nights there in the middle of the ice sheet. A challenge that we achieved.

However, the most challenging conditions I filmed in was probably during our expedition to Mount Whitehorn (3395m) in Mount Robson Provincial Park in BC. We had to carry massive backpacks with us. The rock on this unclimbed mountain peak of the Canadian Rockies was falling apart, it was a very loose type of rock which makes this peak challenging and difficult to climb. We were fortunate to have the support of two very skilled mountaineers for making the ascent, Jesse Milner and Emma Freeman. The Australian cinematographer Benjamin Dowie assisted me during this shooting in Mount Robson Provincial Park as a second camera operator.

What’s your next project?
I’d like to experiment with fiction films, hopefully over the next few years. I still want to tell stories happening in the wilderness, the ones that involve putting nature in the first place. Although I haven’t made any fiction film yet, I love dramas. They are touching and profound. I found out that these films are transmitting me the most intense emotions. And when those films are intimate with a stunning cast and when they require using natural lights with incredible landscape sceneries, they are often my favourites.

I will keep living this passion for filmmaking by making the films I really want to create. Stories that emerge from personal desires. I will pursue all the efforts to make film projects that speak to me.
There are so many stories that can be told. It’s magical to see that telling unique and beautiful stories will always be infinite.