Mountain In The Sea – BikingMan Corsica 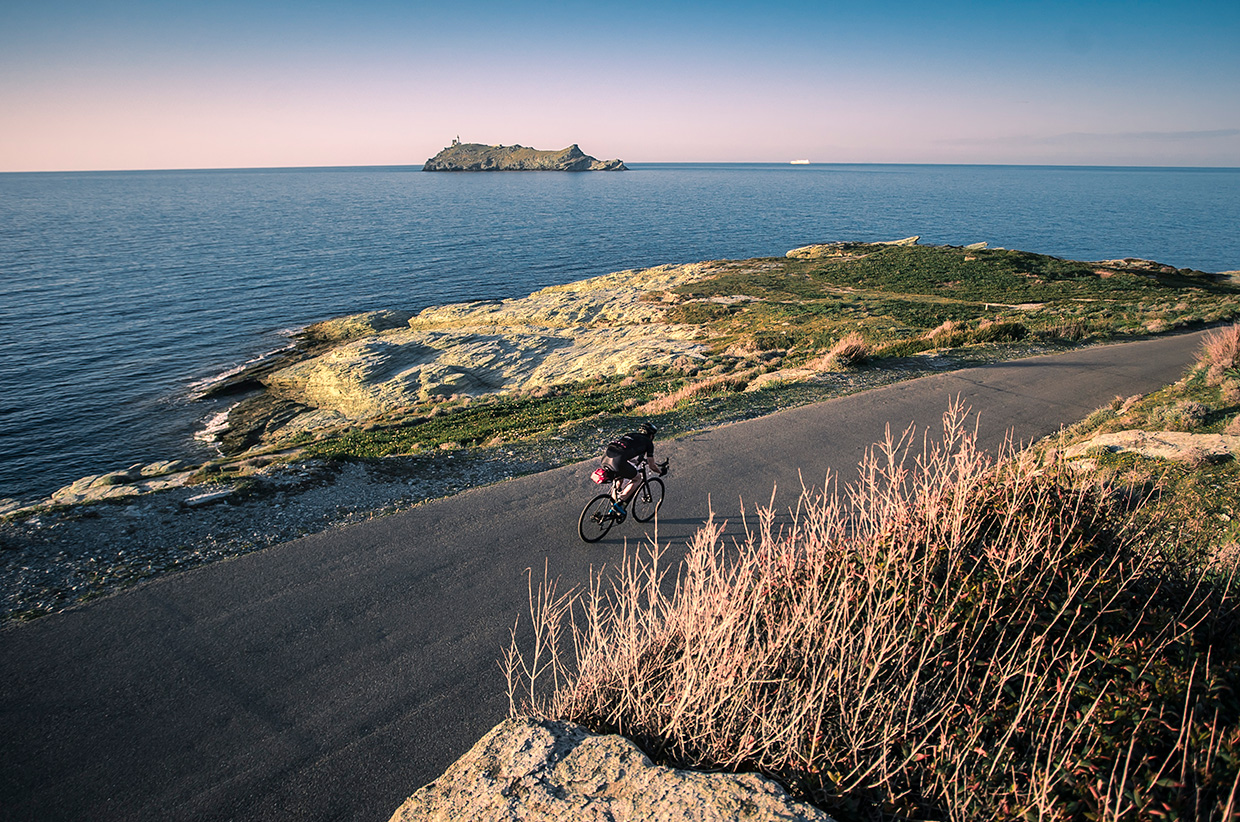 Known for its steep mountain passes, stunning vistas, impossibly beautiful beaches, ancient villages, and an abundance of wildlife, this can only be Corsica – truly one of the most amazing places on Earth, and aptly named ‘the mountain in the sea’.

It’s also home to one of the extraordinary ultracycling races run by the BikingMan series – one of six in a cult series of races. Sixty endurance cyclists from all corners of the globe pit themselves against each other – and the clock – in a gruelling 700km course around this wonderful island. Open to professional and amateur cyclists alike, these races focus on the spirit of adventure. It’s so much more than just race. It’s bikepacking at its very finest.

Each of the six course locations – Oman, Corsica, Laos, Portugal, Peru, and Taiwan – are chosen to test the endurance of the cyclists, and to showcase the country’s most scenic areas, making for an enriching and memorable experience.

We were there to once again cover record-breaking adventure cyclist Jonas Deichmann’s part in the race. Jonas has some huge rides to his name, including a 96-day record-breaking non-stop ride from Alaska to Ushuaia, and a record cycle across Europe and Eurasia. 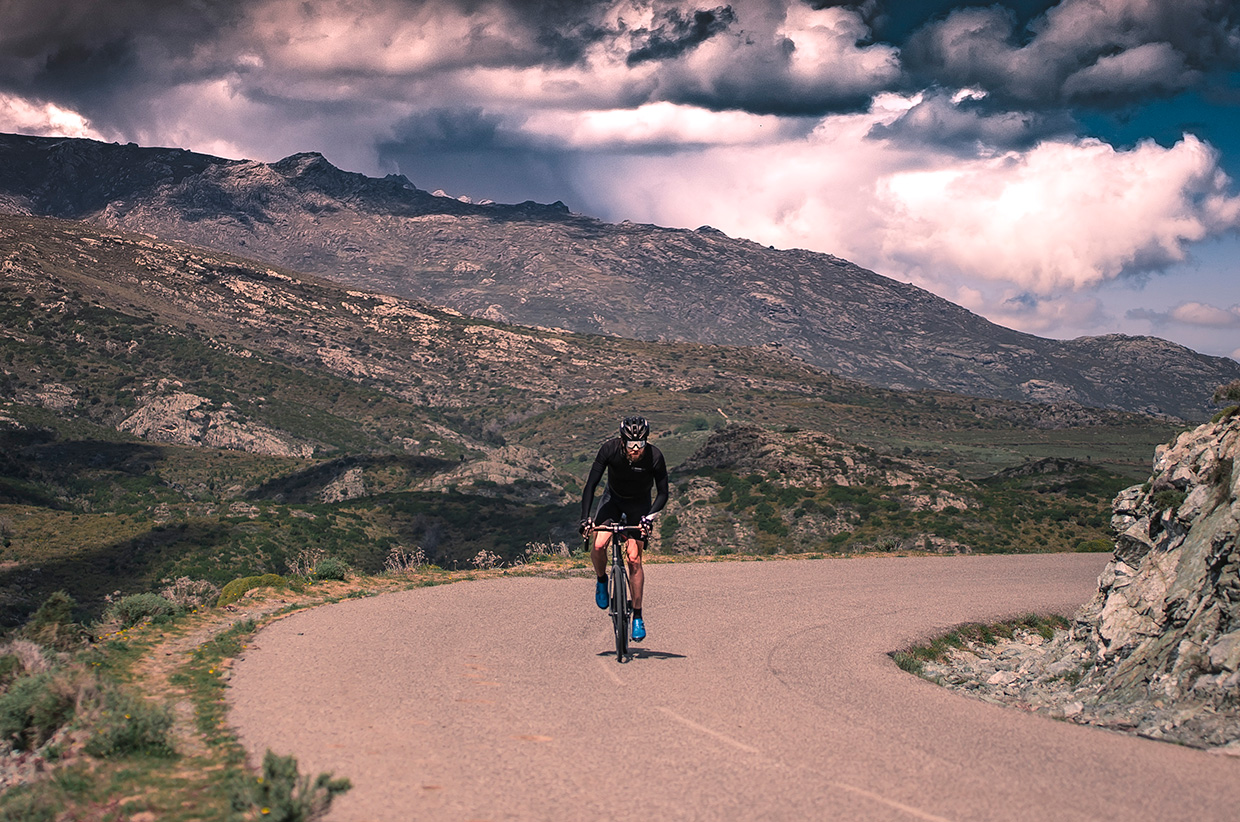 And so the morning of the race soon arrives. The adventure-hungry cyclists gather at the start line in the coastal town of Bastia at 5.00am. It’s only April and the air temperature is not far above freezing; a cool breeze from the Mediterranean greets the cyclists as they line up at the start. Jonas looks confident, smiling as the clock ticks down.

Soon they are off, pedalling away into the gloom, and within minutes they gain altitude and start heading up into the winding passes of the coastal mountains. The temperature drops further as they cycle up through the first of many ancient villages. Corsica is famed for its ancient buildings and architecture. The whole island, although largely left to nature, is peppered with stone-built small towns and tiny hamlets; some seem to defy the laws of gravity as they cling precariously to the mountainsides and rugged surroundings.

The weather shows its teeth to the cyclists for the first four to five hours of the race. Low cloud obscures the mountains, locking them away in a shroud of mist and drizzle, giving the athletes their first taste of what cycling in these coastal uplands can be like when the weather turns. But when you have just under 700km of cycling ahead of you, adverse conditions are bound to play on your mind – keeping upbeat is key. Ultracycling is a game of the mind as well as a physical battle.

Slippery roads riddled with potholes, covered in small stones and mud from constant rockfalls, and with steep drop-offs down into boulder-strewn valleys are the first major challenge as the cyclists struggle to shrug off the tiredness in the early hours of day one. But by mid-morning the clouds lazily disperse, and the sun makes a welcome appearance, bringing with it drier roads, better visibility, warmer muscles, and optimistic minds. 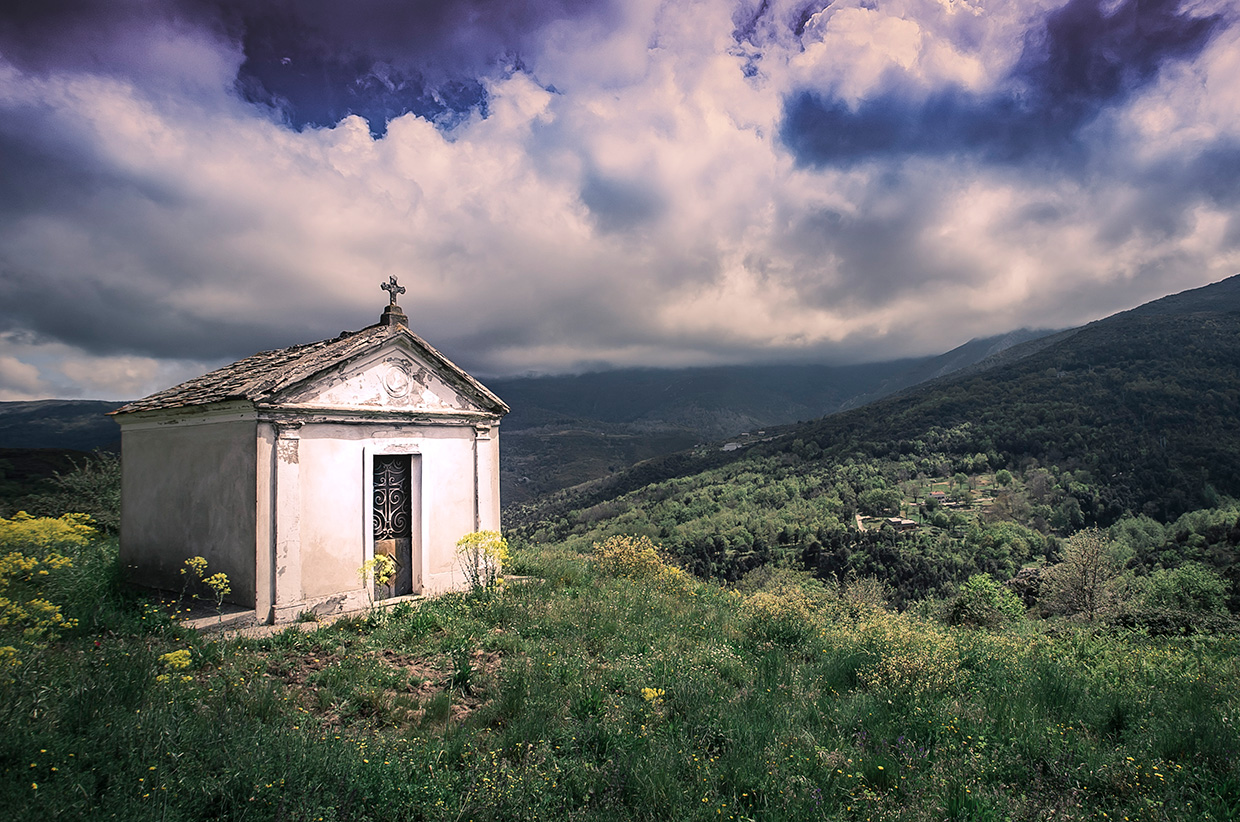 For most of the morning and through till early afternoon Jonas tackles steep, winding mountain passes. One tight bend turns to another and another for many hours, giving no respite for legs and lungs. The impressive figures of the ride start to stack up. By the end of the race thousands of metres of ascent will have been ridden, almost non stop, and tens of thousands of calories burned off.

This is another challenge for ultracyclists: keeping the food intake up. There is only so much a cyclist can carry in their bikepacking panniers and saddle bags. At some point onboard stores are going to run low. Once away from towns and shops this can pose problems, and cyclists riding for hours without any food – and therefore running out of energy – is a common occurrence. Careful planning can avoid this, but ultimately not knowing where the next tasty morsel will come from is all part of the adventure.

Animals on the road are a constant worry for cyclists in Corsica – and not just small animals such as mice or rabbits. On many occasions, as Jonas came flying round down steep slopes and blind corners, he’d find donkeys, cows, pigs, or goats in the road. At one point during the night Jonas clips a donkey, causing him to come off his bike and injuring his shoulder (the donkey was unhurt). 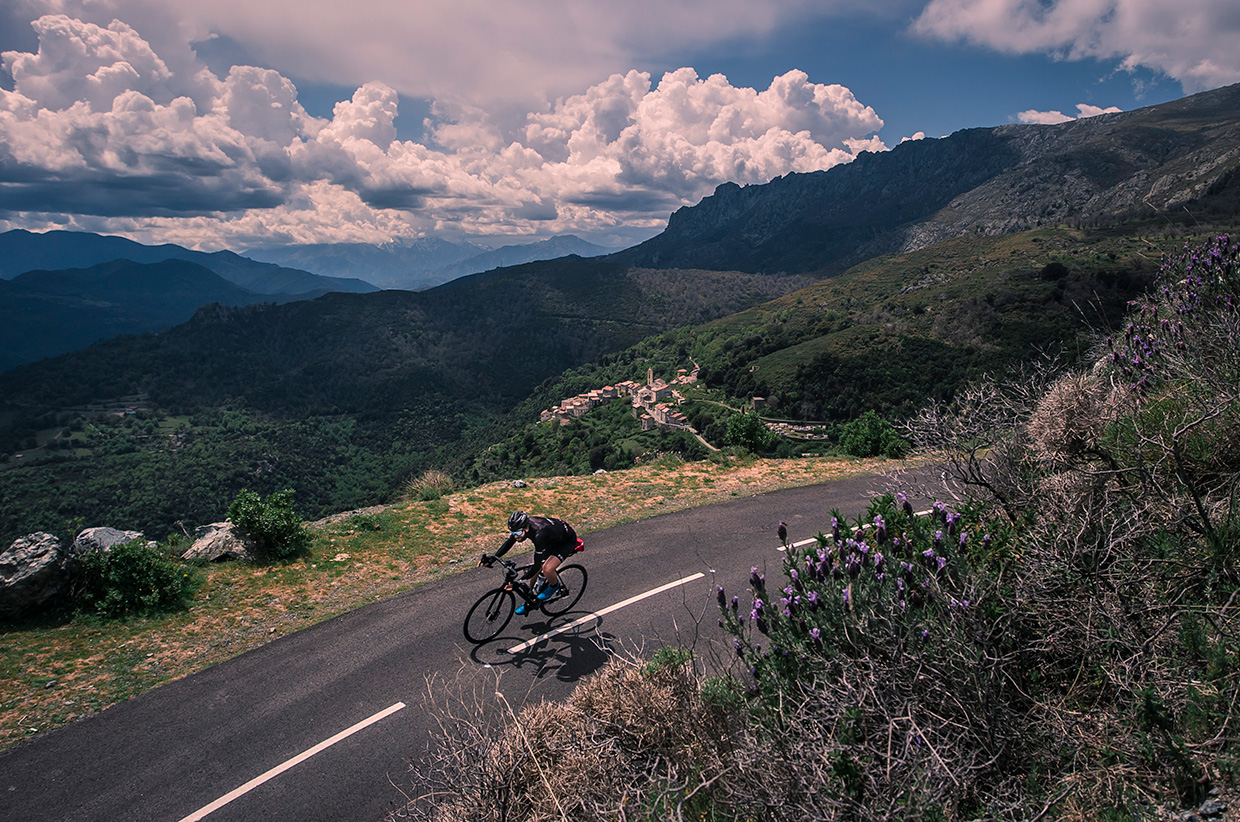 Because of this, and the fact that his bike light’s batteries are dying, he decides to sleep for three hours until dawn, reducing his risk of another collision. Jonas wild camps under the stars in just his bivvy bag, taking the chilly mountain air and cold stone floor on the outskirts of a tiny village in his stride. He carries no tent to save weight and space – trading protection from the elements with having a lighter and easier ride.

A spectacular sunrise and gentler surroundings greet the cyclists on the second morning. As Jonas cycles into the first rays of morning light, the steep tree-covered mountain passes give way to wide valleys, olive groves and farm villages. But this pastoral change of pace doesn’t last long – soon the road starts to head north-west, back towards the coast and yet more mountains.

Jonas has so far been cycling for around 26 out of 29 hours, with another 5 hours of solid pedalling – and many more steep inclines – to go before the finish line. Showing no outward signs of fatigue, he just keeps on moving – an impressive thing to behold seen from the comfort and ease of a media car. Human endurance, grit, and a seemingly unquenchable thirst to see what’s round the next bend, over the next summit, or the other side of the next valley: ultracycling is all about exploring not only the limits of your mind and fitness, but also the landscape through which you ride. 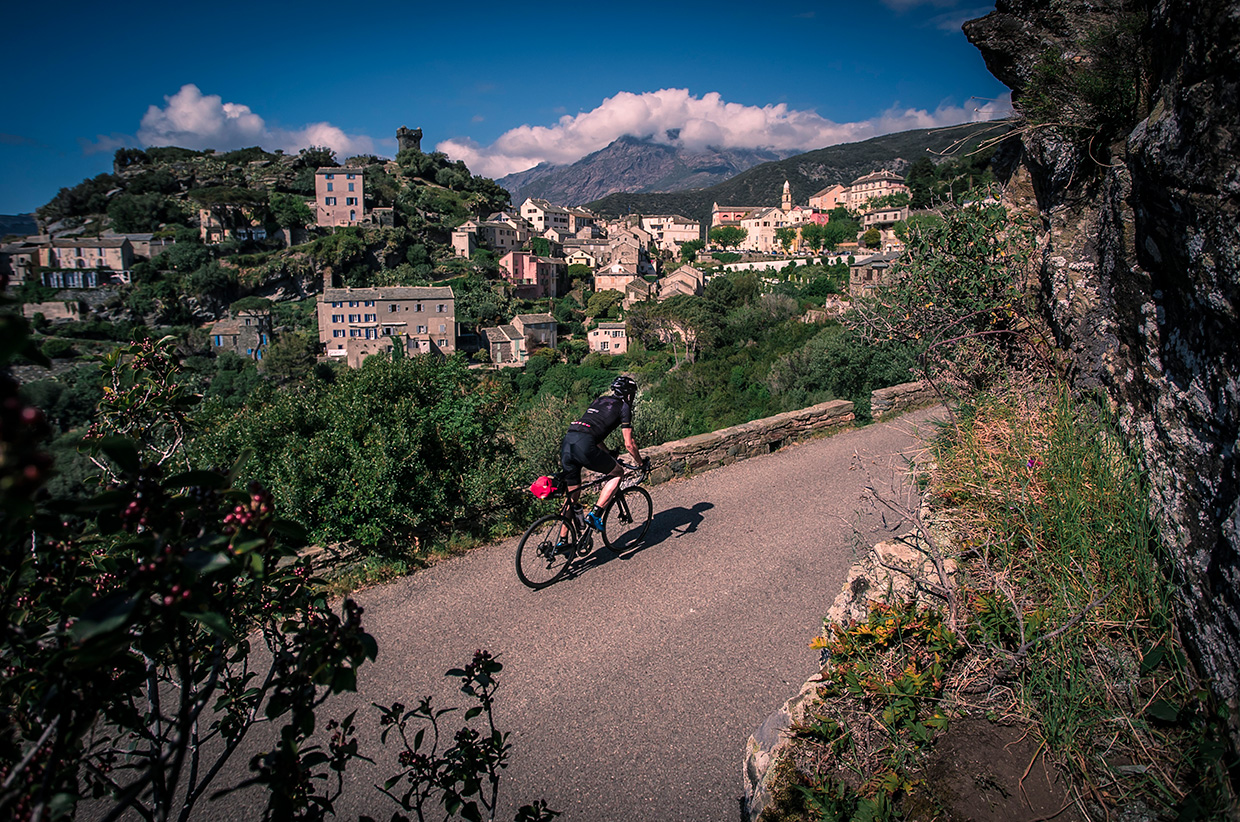 The final stages of the course take Jonas and the rest of the riders around Corsica’s achingly beautiful coastal roads. The deep blue Tyrrhenian Sea laps against volcanic black beaches, backed by steep-sided mountains covered in a thick layer of lush vegetation. Eventually, after 36 hours, hardly any rest, and more ups and downs behind him than I can count, Jonas rolls across the finish line. He still looks fresh, and has a glint in his eye that tells a story of yet another incredible cycling adventure – one which he’ll surely treasure for the rest of his years. 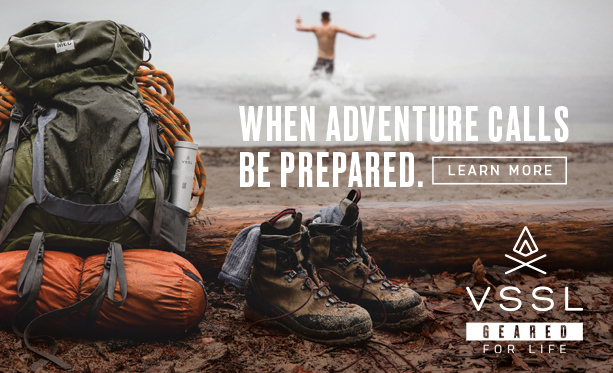