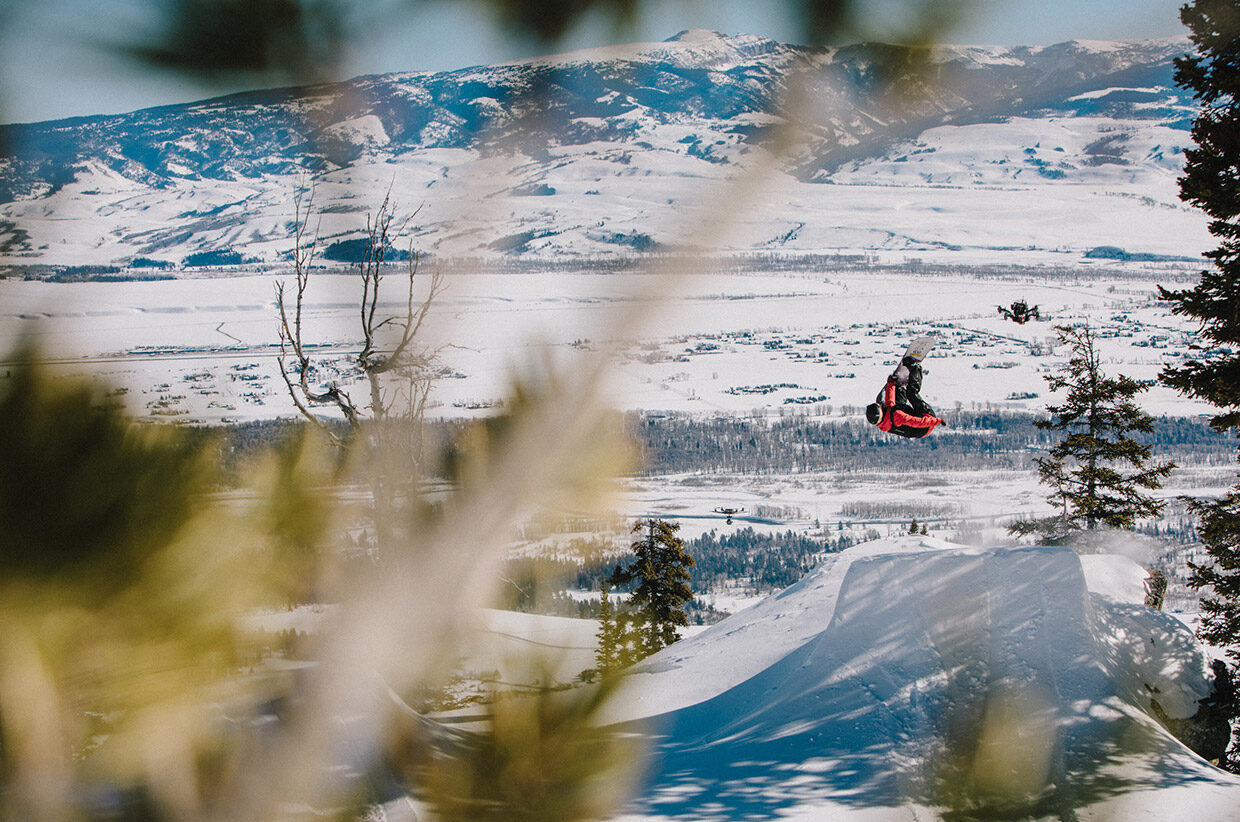 Imagine a golf major where an entirely new course is revealed to competitors just days before the contest. Or a Formula 1 stop where the drivers have to tackle the track on-sight – with zero practise sessions beforehand.

Sounds ridiculous, right? Yet this is essentially the premise of the Natural Selection Tour, a three-stop backcountry snowboarding contest series devised by legendary rider Travis Rice as the ultimate snowboarding competition.

The first leg of the 2022 Natural Selection Tour took place in January 2022 in Jackson Hole, Wyoming, and saw a hand-picked field of eight women and 16 men battle it on a hand-built course that was months in the making, and which was kept under wraps until the eve of the event.

No wonder that, among the riders, Natural Selection has quickly become the most prestigious contest in world snowboarding – a lusted-after career goal on a par with Olympic gold. And no wonder that, for the industry itself, it has become a symbol of a new kind of snowboarding future.

Take 2014 Olympic slopestyle gold medal winner Sage Kotsenburg, who swerved the 2022 Games so that he could take part in this year’s Natural Selection instead. At the 2021 Jackson Hole leg of Natural Selection, Sage was eliminated in the first round. As he confessed over a beer on the eve of the event, he’s subsequently spent most of the last year ‘losing sleep thinking about how I can win this thing. For me, winning Natural Selection would be up there with winning the Olympics.’

Elena Hight, another ex-Olympian, expressed similar sentiments over dinner the night before the contest started. ‘How am I feeling? Nervous! I’d love to win this. I have stood in many a start gate, and I can tell you this one just feels different in all the best ways.’ 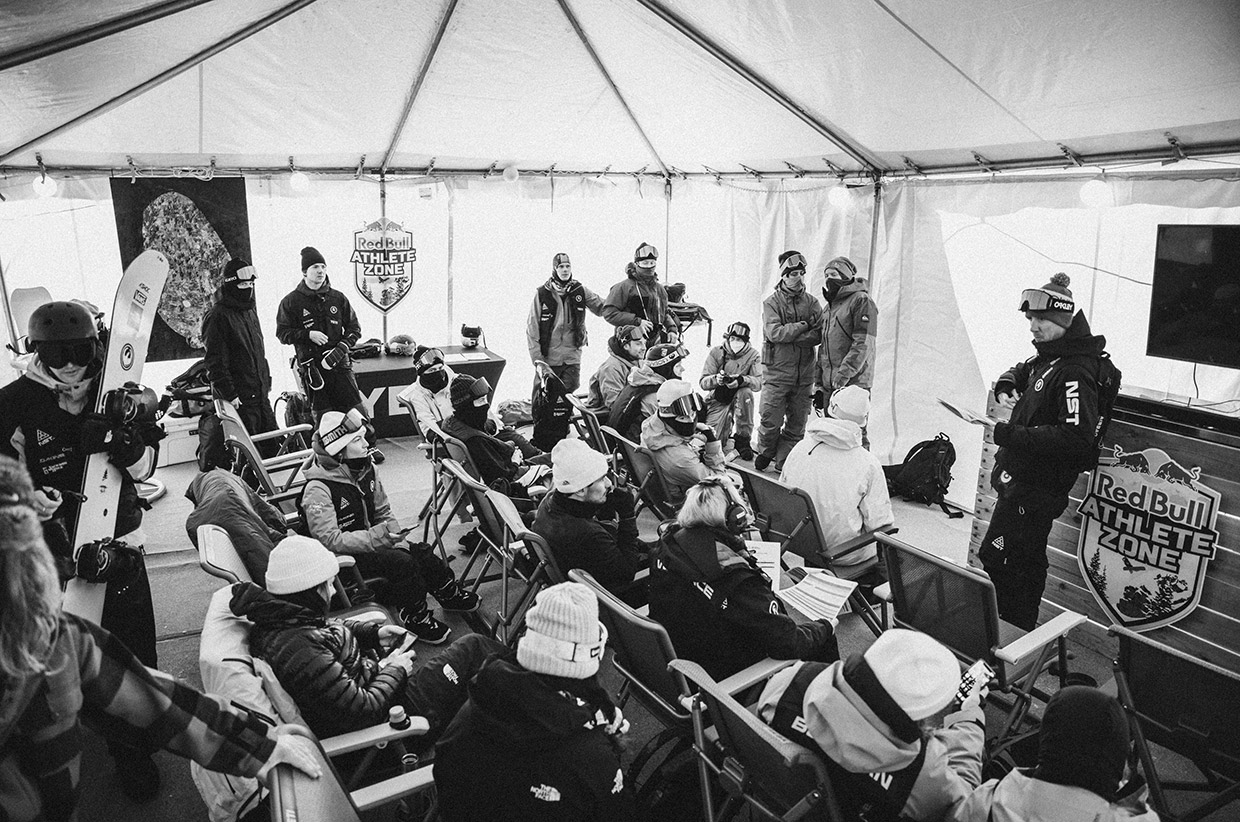 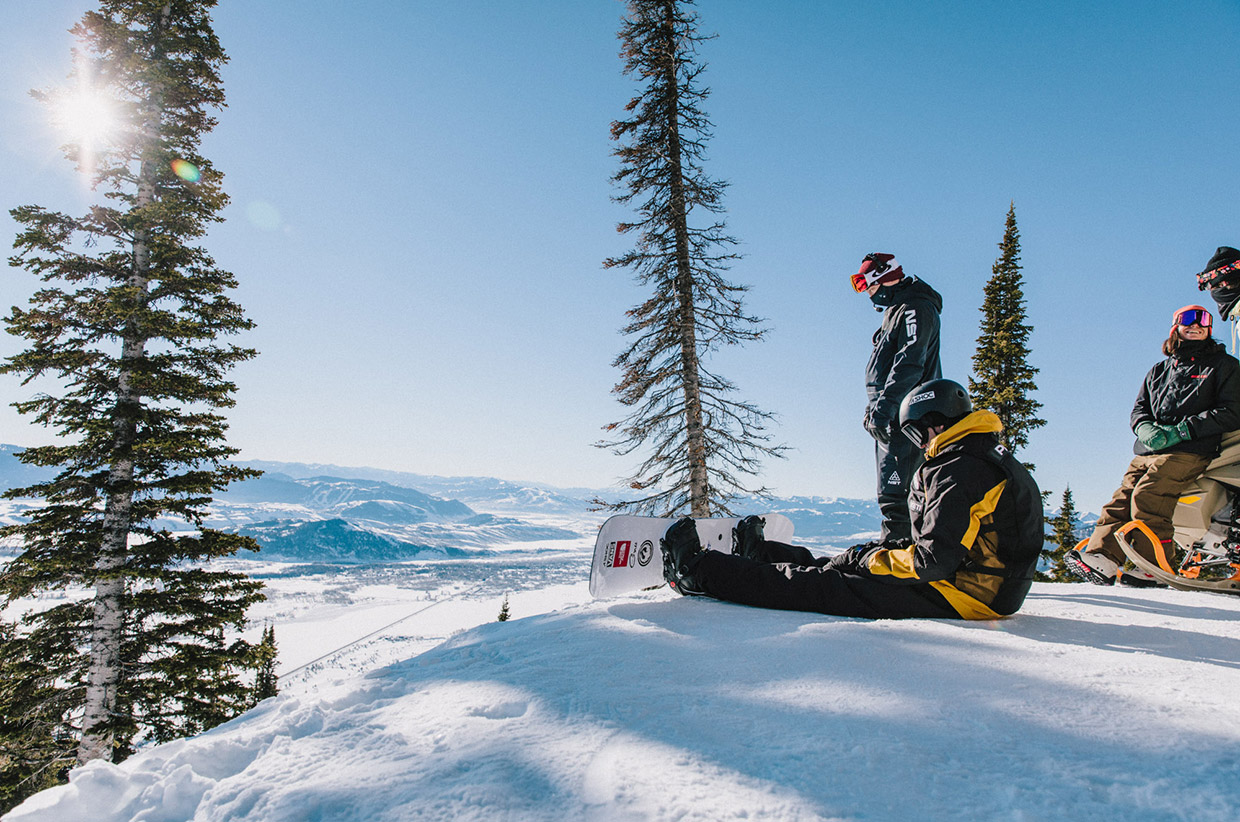 To fully understand the significance of Natural Selection, and why riders like Hight and Kotsenburg have bought into it so wholeheartedly, you have to go back to 1996: snowboarding’s first inclusion in the Olympics. This was highly controversial, thanks to the fact that the IOC elected not to give control of the qualifying infrastructure to the International Snowboarding Federation.

Instead, the committee handed control to FIS, the International Ski Federation, which had zero experience of organising high-level snowboarding events and had spent the late ‘80s and early ‘90s denouncing snowboarding as an upstart activity – and a danger to all responsible (two-planked) mountain users.

Snowboarders with long memories are still annoyed, and 26 years later the consequences of this schism are still being felt. It is summed up perfectly by the recent knee-gate controversy surrounding Canadian snowboarder Max Parrot’s victory in the 2022 slopestyle event. Parrot’s winning run saw him grab his knee instead of his board midway through his run. It can happen, but for snowboarders it is a stylistic no-no up there with Alex Honnold adding a Black+Decker to his rack. The judges should have spotted it. That they didn’t, and that Parrot was awarded gold anyway, sparked instant controversy – and refired the debate about the insidious influence the Olympics have had on the culture of snowboarding.

To the IOC and the mainstream, Parrot’s win is the perfect story: the inspiring tale of a cancer survivor who has come back to claim a redemptive Olympic gold.

To the snowboarding community, the fact that Parrot’s winning run included a knee-grab is proof positive that FIS and the IOC don’t get the culture of snowboarding – and are actively damaging the culture of style and progression that was always supposed to be the point of the entire thing.

This helps to explain why Natural Selection, which Travis Rice has explicitly positioned from the start as the competitive antithesis to the Olympic take on snowboarding, has assumed such significance.

As Rice put it when I interviewed him in 2017, ‘I think contests are going to have to get much more innovative to match the progression of snowboarding, and reflect the reality of snowboarding culture.’

It also explains why Rice feels a lot of pressure to deliver this vision successfully.

‘Do I feel pressure? Of course. I put an intense amount of pressure on myself. Conceptually, what we’re trying to do is usually several years away from being possible. So we hold these events and do the best we can with what we’re technically and financially able to do at this point. By doing it, we learn how to make it happen.’ 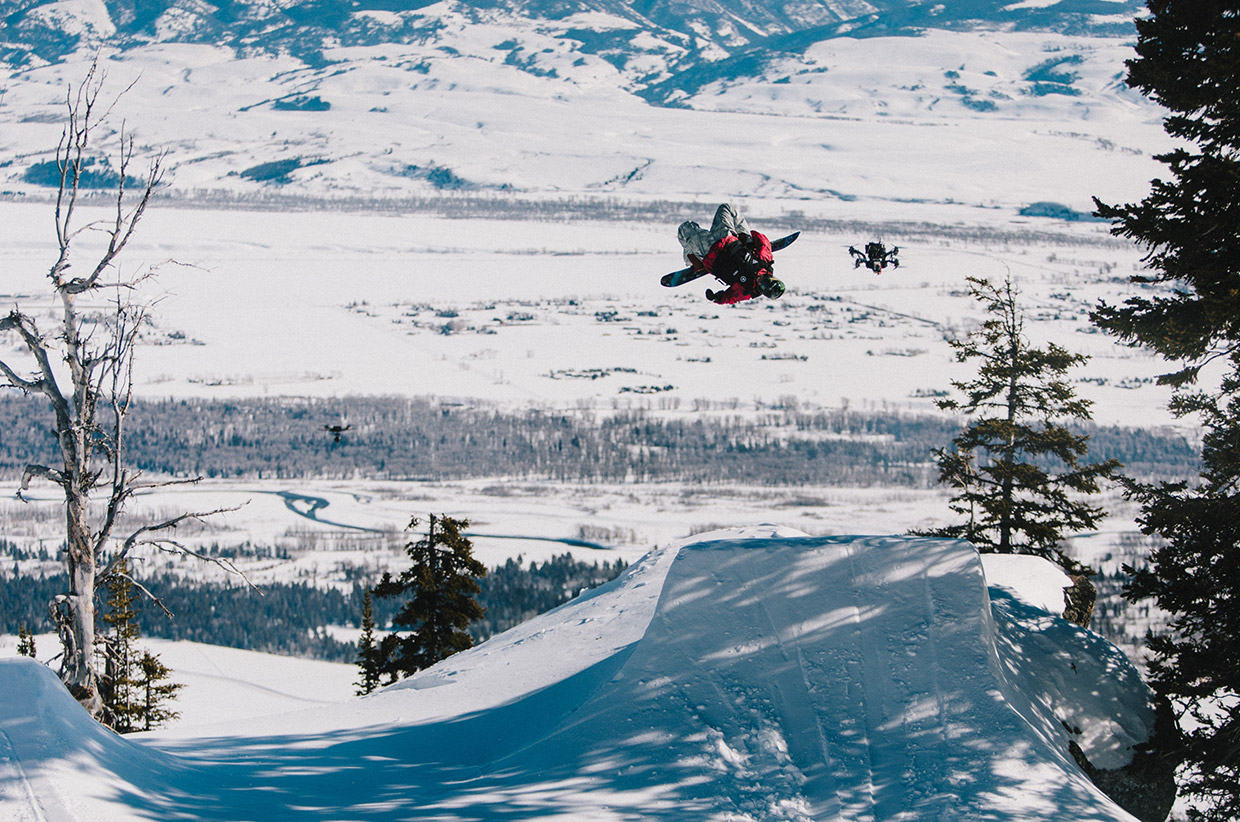 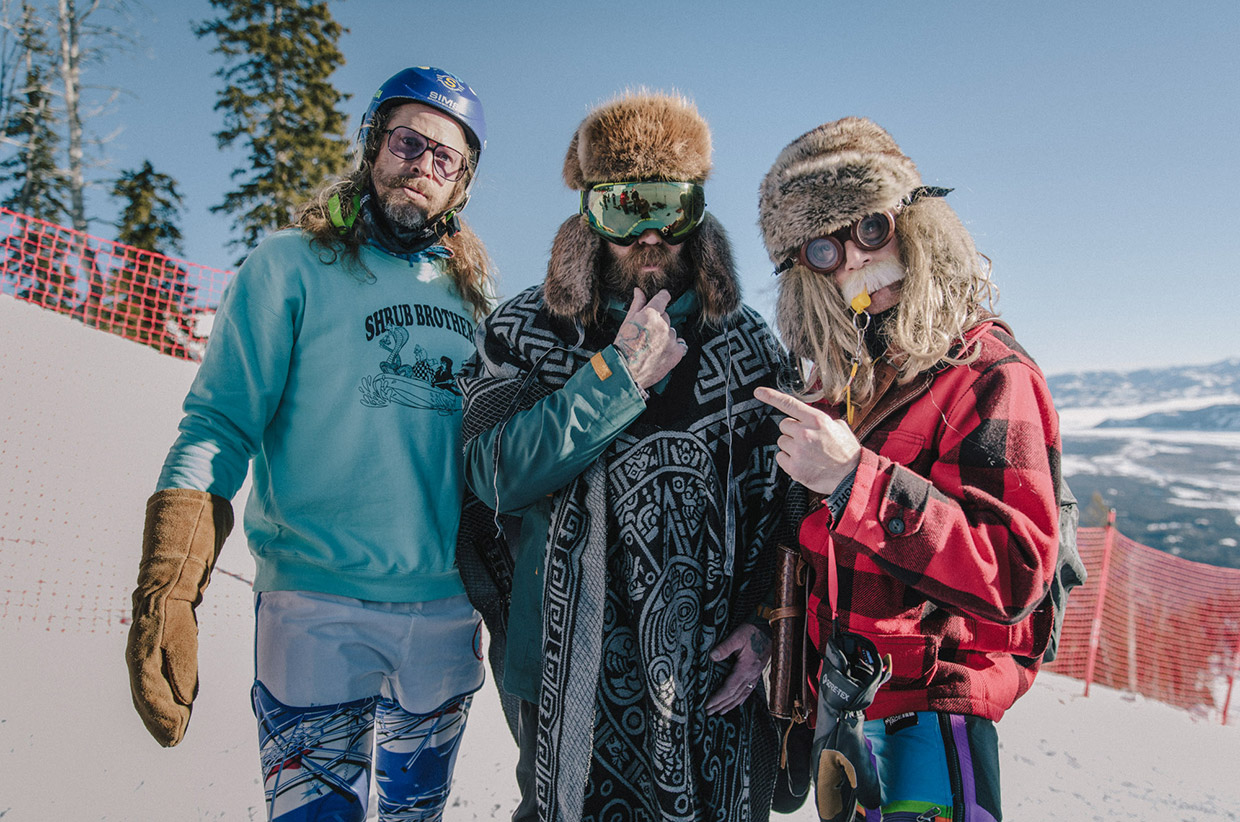 This singular vision is the engine that drives the entire Natural Selection project along, and is what everybody – riders, organisers, fans watching the livestream – has bought into.

It also explains why the atmosphere at the event is so collegiate, and the camaraderie among competitors so palpable. Small, rider-focused innovations abound. Take the way that riders get to choose their opponents for each initial heat at the event opinion ceremony; a small detail, but one that conjures instant subplot-fuelled drama, and makes for a hugely entertaining spectacle on its own.

Competitors are also included in each major decision, discussing everything from judging issues to the most favourable-weather days with the transparent and accessible organisers of the event.

This spirit of progression even extends to the way the event was marketed (almost inevitably, there was an NFT drop), and to the production of the event itself, which is as revolutionary as the event format. 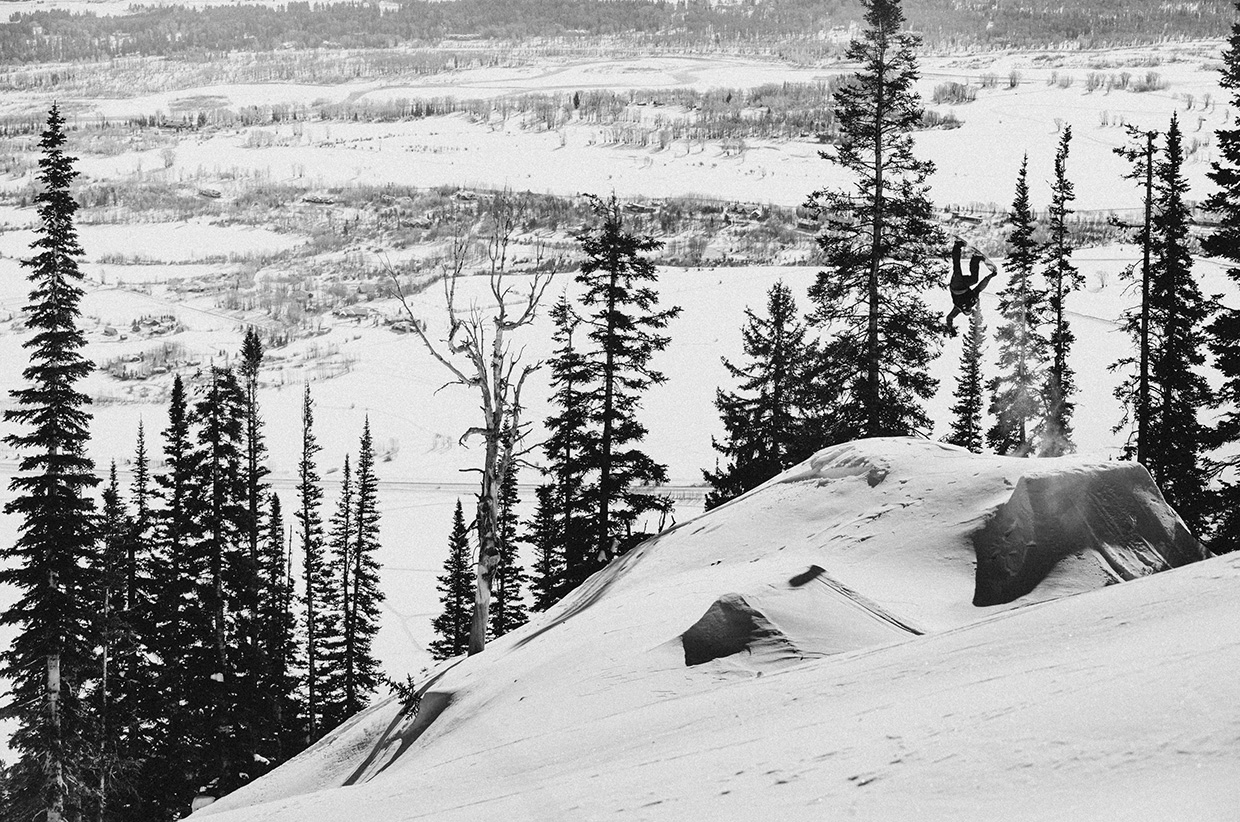 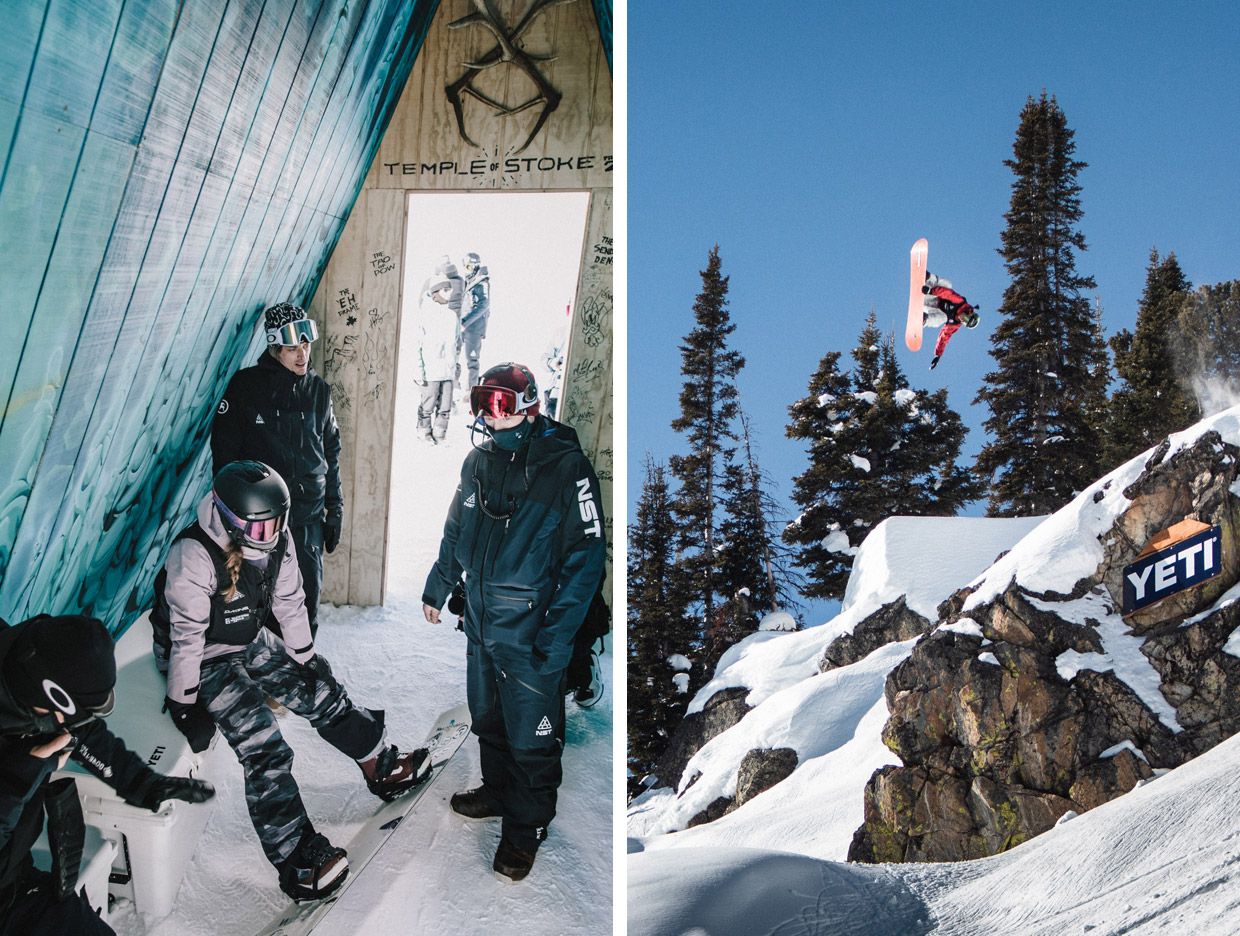 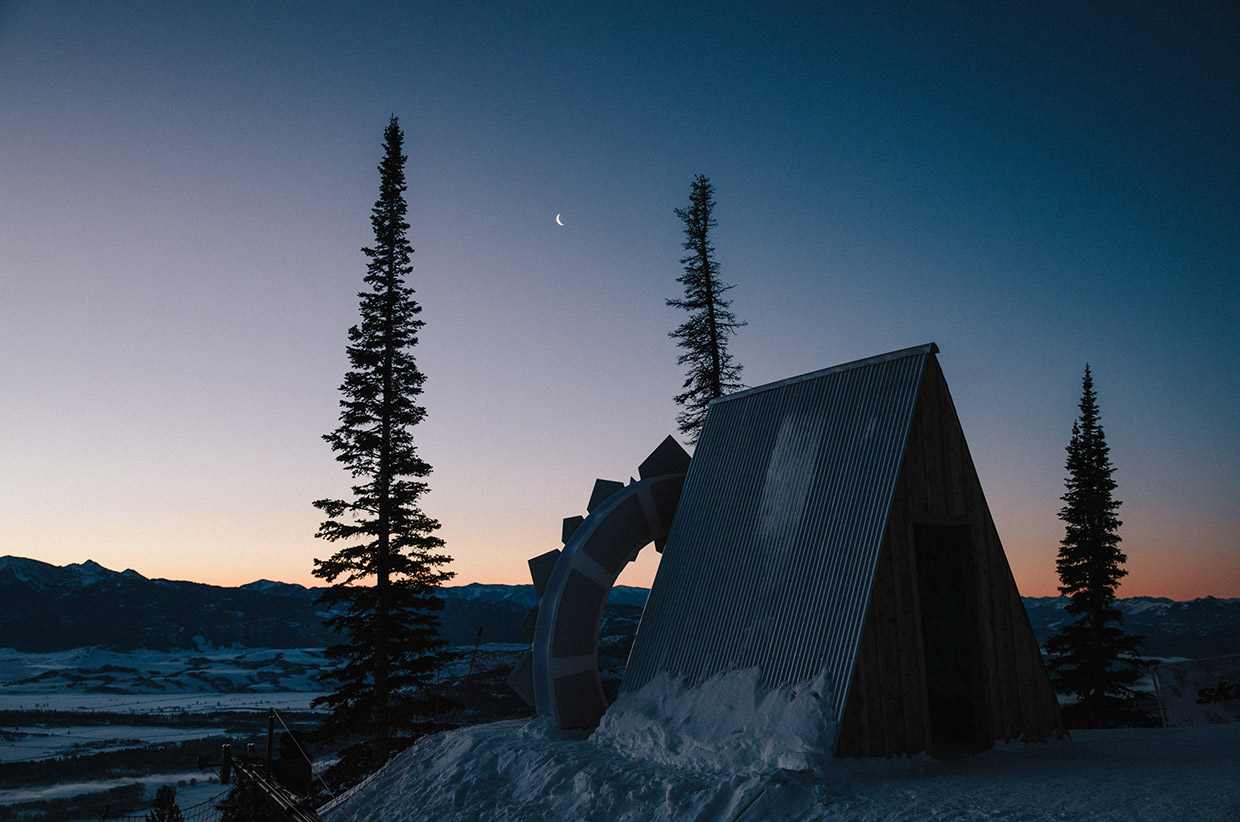 Still, all the tech in the world can’t mitigate the weather. And, with Wyoming experiencing the driest start to a season in years, this year’s Jackson Hole leg of Natural Selection was held in conditions that the riders universally agreed were ‘sporty’ (think 3–4in of snow atop hardpack, rather than the desired 3–4ft of fresh powder). This is the reality of a trip to the mountains, as any skier or snowboarder will recognise. And if anything, seeing the riders get to grips with these ‘buck’ conditions (another popular euphemism in the riders’ tent) made the entire spectacle even more impressive. It’s one thing to perform at your peak in perfect powder-filled conditions, but something else to do it in conditions as variable as these, with zero practise beforehand.

Here, skills that are usually straightforward, such as speed management (judging your speed effectively to ensure you clear a jump and hit the landing) and board control (which helps you stay in full control among variable snow conditions) took on a new significance. Riders with a competitive freestyle background seemed able to best adapt to the conditions, with Kotsenburg and Hight winning the men’s and women’s events

As Kotsenburg put it afterwards, ‘The goal was basically to levitate down the entire run and touch the least amount of snow as I could – it was so bumpy in there. It was a long day. Leading up to that run, the goal was staying on my feet.’

Both were the clear standouts, and both were equally clear about the significance of Natural Selection as a whole.

Later, Hight said, ‘This event is truly made by snowboarders for snowboarders, and it truly is a mashup of everything we all love about snowboarding – the freedom, the creativity, the style, and the contest aspect meshed together. I think that this event means so much to snowboarding as an industry. I’m just honoured to be here with all these women and the men – they are so impressive and all of my heroes, so to win this event doesn’t even feel real.’