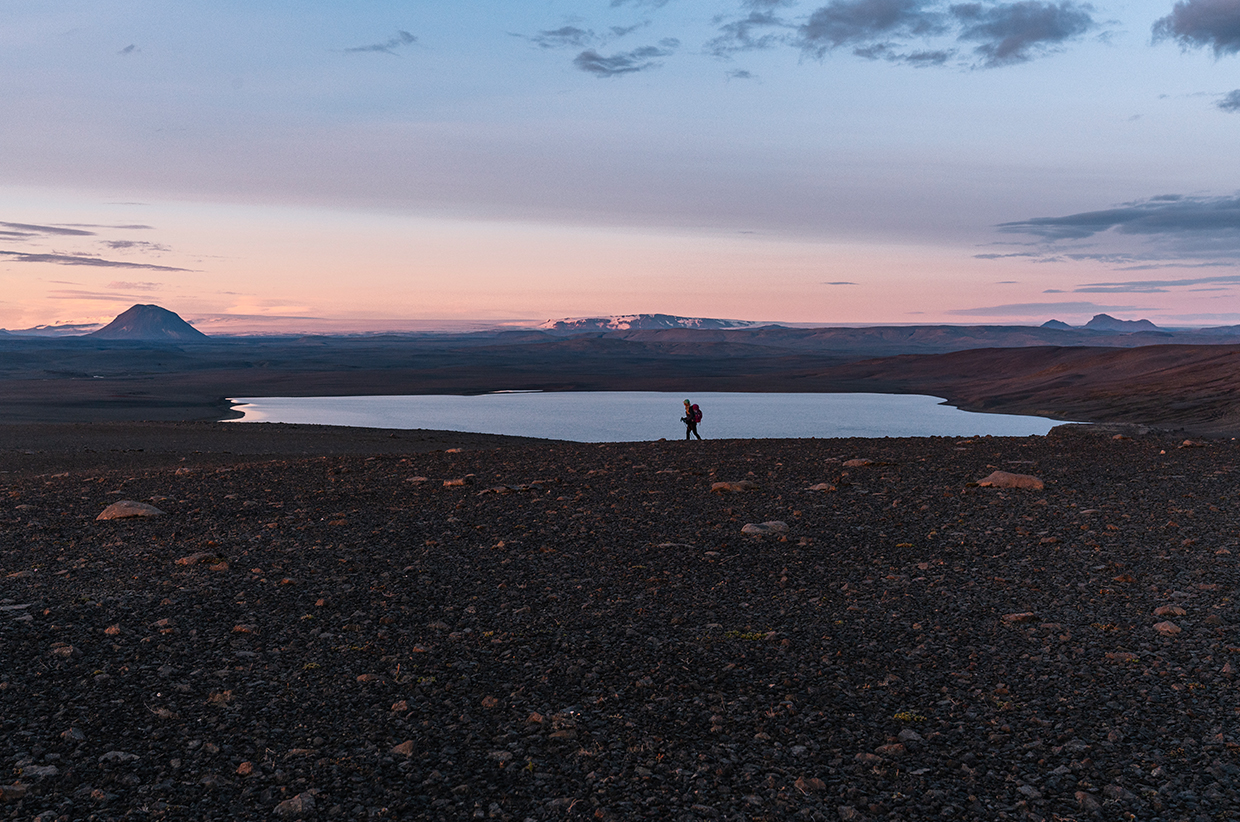 A fourteen-day thru-hike starting in the Arctic, walking through a remote desert, and ending 420 kilometres later, completely self-supported seemed beyond the scope of our physical abilities. Did I mention there would be no access to food, shelter, or infrastructure?
‘What the hell, we’ll give it a shot,’ I thought. – Hailey Playfair

The 40,000 square kilometre wilderness region of the Iceland Highlands is being developed for the first time in history. Corporate hydro interests view the desert “wasteland” as a goldmine. Filmmakers, Ryan Richardson and Hailey Playfair, are hoping to make some noise before it’s too late. North of Boundaries is a film, made by Ryan and Hailey, to highlight the beauty and worth of the Iceland Highlands left in its natural state.

‘The two of us recognised there’s a lot of things we can’t do to help create change,’ says Ryan. ‘We did, however, recognise there are a few things we can do. We can film stuff, and we can walk. Instead of focusing on the accolades we wish we had to help make a difference, we focused on the things we can do.

‘On one of our flights home from a trekking trip to the Highlands of Iceland, we learned about an initiative aiming to protect the region from development. The Highlands National Park initiative was attempting to create a park; it would be Europe’s largest national park.’

What this discovery led to was a crossing of Iceland on foot, from north to south, over 420 kilometres of rocky, icy terrain, through Arctic storms and relentless rain. The resulting film not only sheds a light of the planned development of the region but also explores the relationship between us and nature. 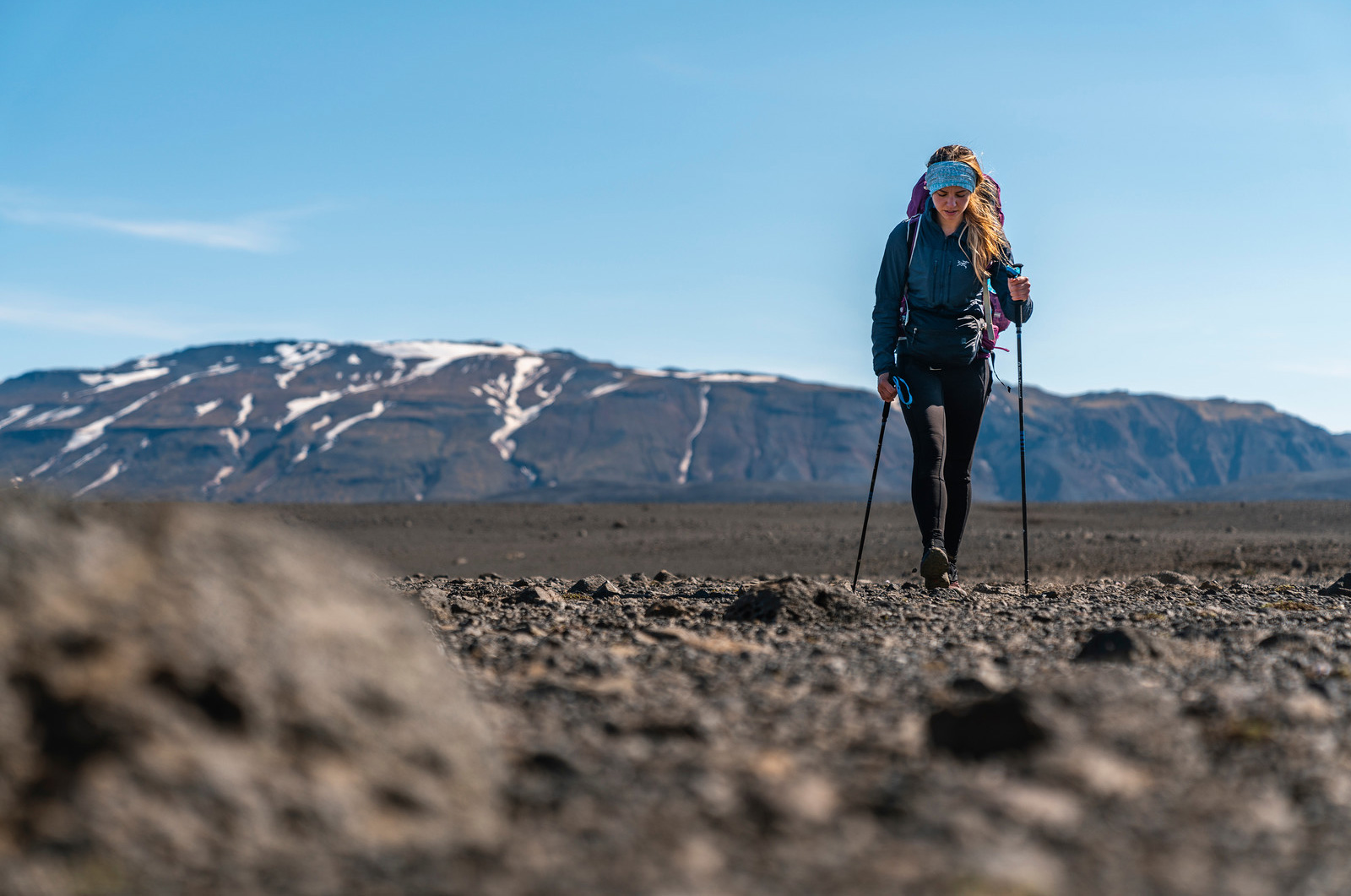 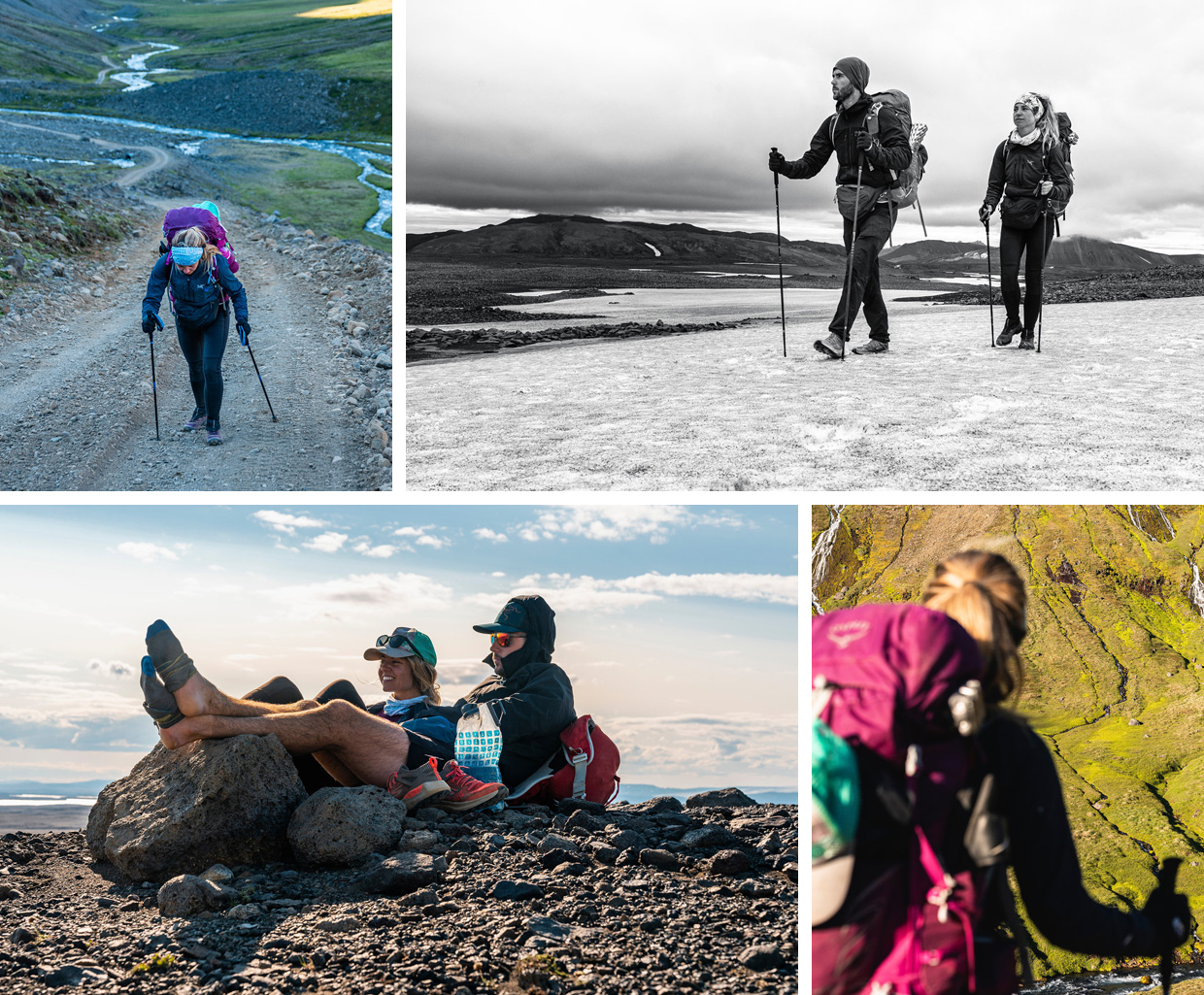 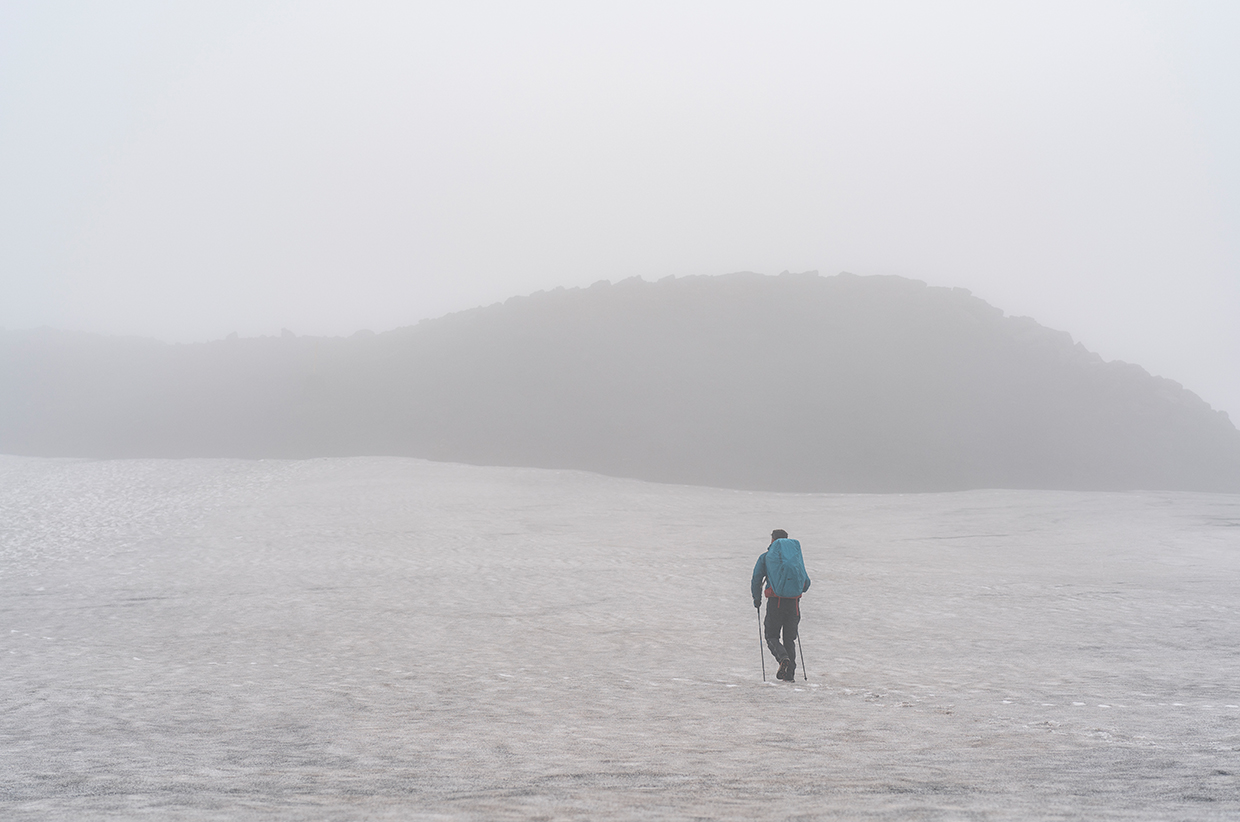 ‘The bigger picture is also sharing the beauty of the Highlands with as many people as possible. So few people will ever experience this remote, far off the grid region for themselves. It’s tough to inspire someone to care about a place they’ve never been to, let alone imagine. Hopefully, with our films and with our images, we can close the gap between far-off imaginative places and tangible, beautiful places, places worth protecting. Places worth giving a shit about.’

A film by Hailey Playfair and Ryan Richardson of the @LifeOutsideStudio.
Read more about the expedition here.
To learn more about how you can protect Iceland’s Highlands, please visit halendid.is.