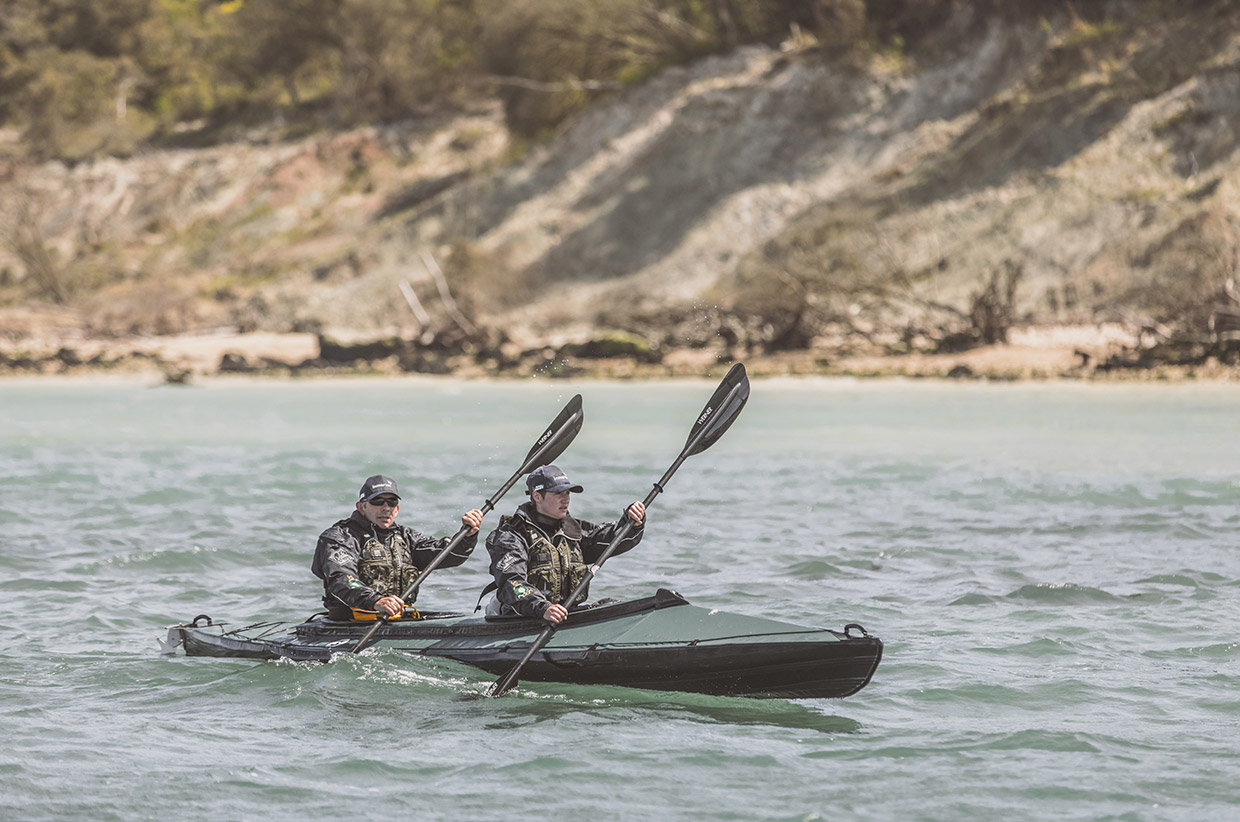 In summer 2018, a team of eight serving and former Royal Marines will embark on an historic 2,000-mile journey. Starting at the north-easternmost point of Norway, the self-sufficient team will cycle and kayak the length of the country’s coastline. Neil Irwin joined them on a training exercise on the Isle of Wight to find out more.

‘Per Mare Per Terram’ or, to you and I, ‘By Sea, By Land’ is the motto of the Royal Marines – and it’s definitely one I will remember, having briefly experienced what the Norway 75 team may have to endure as I photographed them on their sea kayak training leg on the Isle of Wight.

My drysuit was the only barrier keeping the frigid water at bay. However, we were in much warmer seas than those around Northern Norway, so I was only getting a glimpse of the harsh realities that a potential capsize could entail. Even in summer, you wouldn’t want to be submersed in Norwegian waters for long, so training and drills are vital to ensure that the team can come together and work as one in worst-case scenarios – not unlike their day jobs.

The island may not have seemed an obvious choice for training excercises, yet the waters in this region are not to be underestimated – a key factor in the location’s choice for the eight-strong Norway 75 Team as they prepared for their self-supported Norwegian expedition. ‘Ranging from hot with no wind to strong winds over fast tide, we couldn’t have asked for better weather to train in during the week,’ says Captain Tim Pitcher, whose idea sparked this endeavour. Along with their sea kayak guides Lee (an ex-Royal Marine and now kayak guide) and Bach, Tim knew these waters would be a testing environment and an ideal location in which to train due to the strong tidal flows.

The aim of the expedition is a feat of endurance. The plan is to combine sea kayaking with road cycling as they visit some key locations that were of significant importance for the Allied forces during World War 2, as 2018 marks the 75th anniversary of the Telemark Raids. Starting in the far north near the Russian border, they will embark around the coastline and finish in the village of Rjukan, which lies in the Hardangervidda National Park, approximately 50 days later. And their expedition is not without some greater cause; they intend to take on this 2,000-mile feat whilst raising awareness for mental health, and hope to raise £100,000 for the Royal Marines Charity. 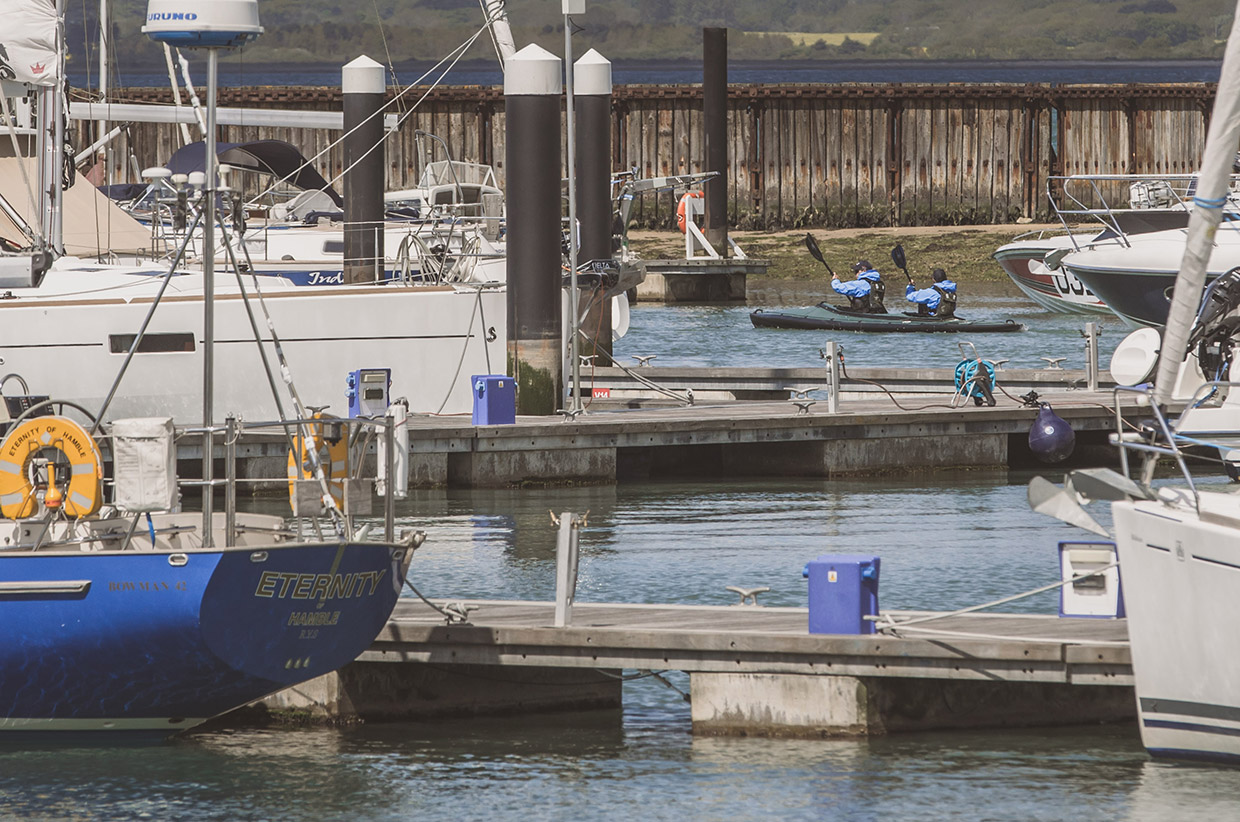 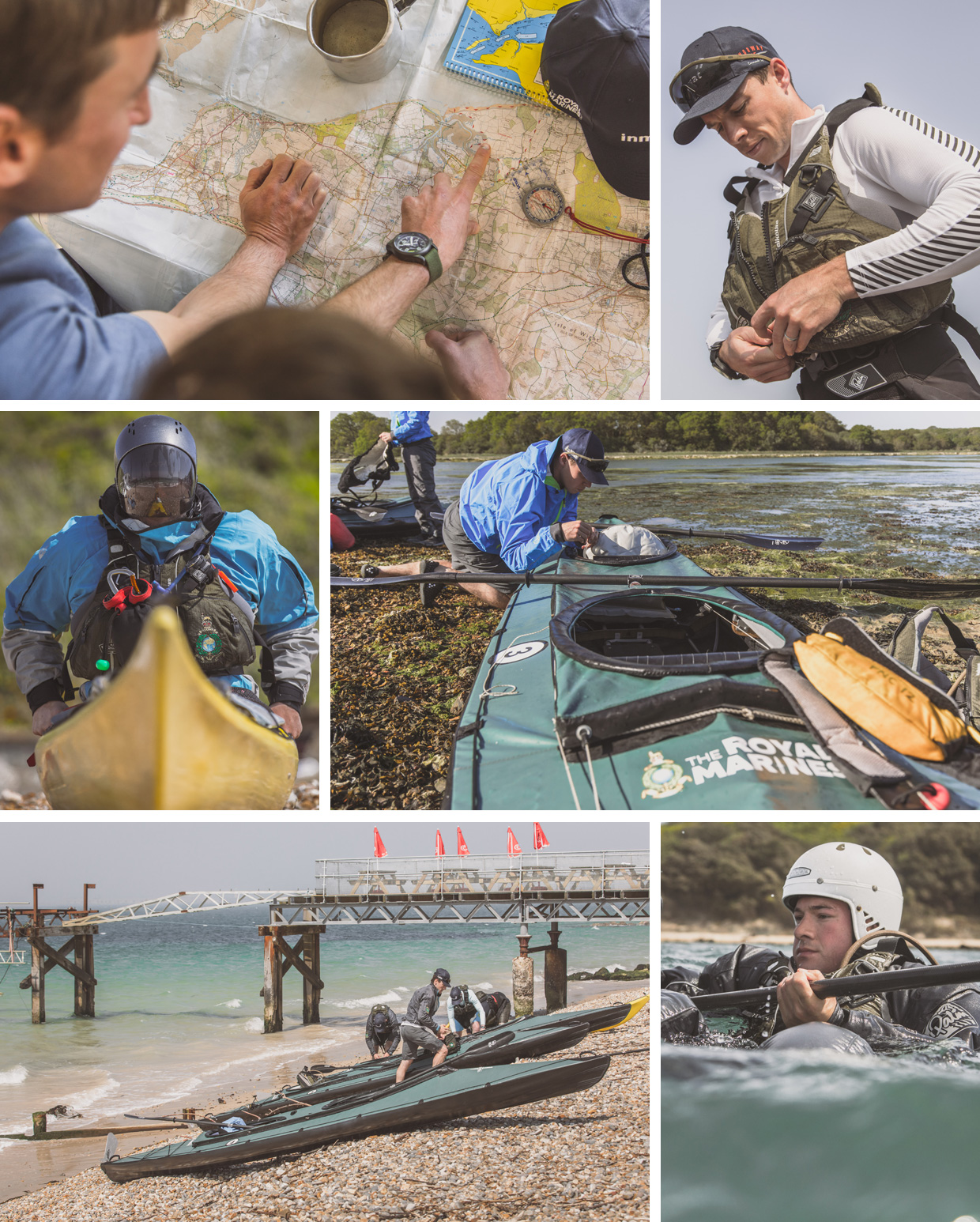 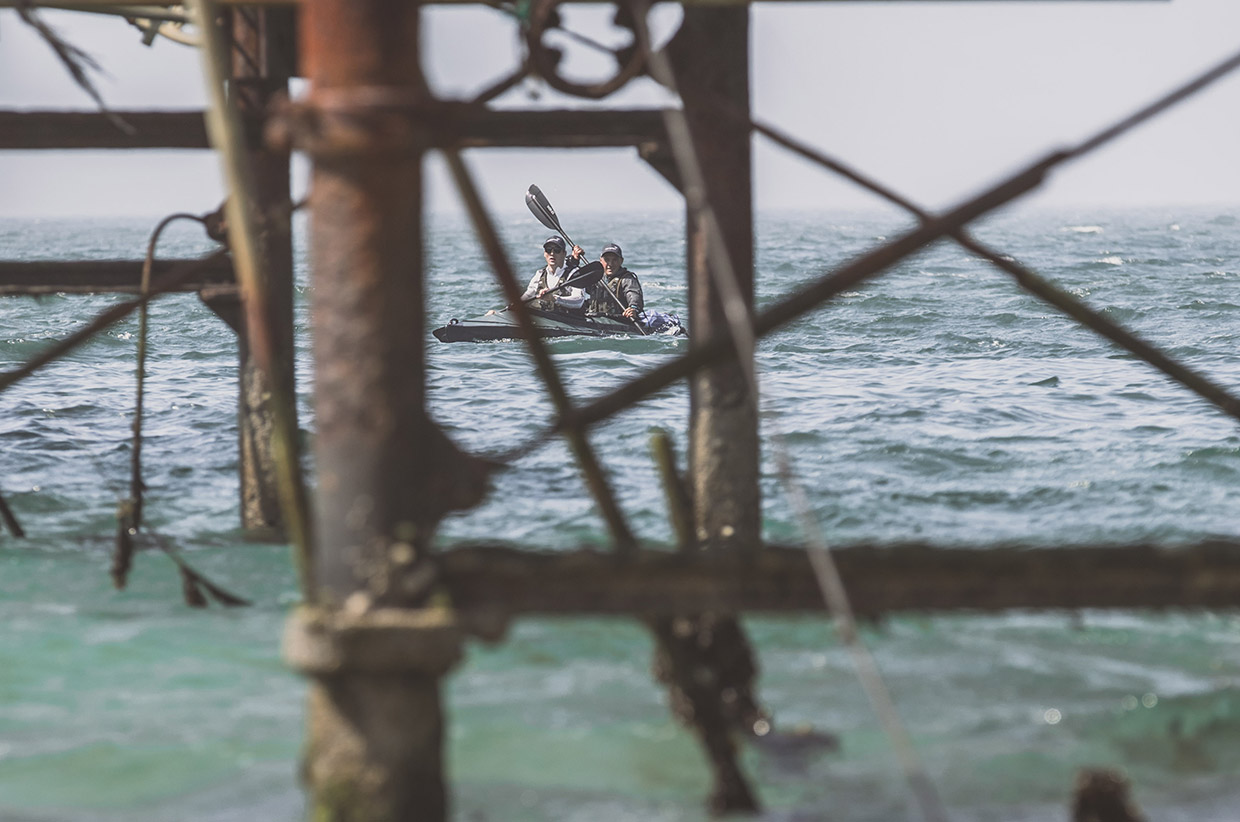 The Isle of Wight training was a rare opportunity for the whole team to train together. Serving in different units from all over the UK and having diverse schedules meant that the chances of being able to train as one team are few and far between: ‘Given that we don’t serve alongside each other in the same unit, day one in the team tent will quite literally be the first time we have all lived out of each others’ pockets.’ This also applies to the kit, as everything will be transported by two supporting Land Rovers with trailers. Even on the Isle of Wight, they encountered teething problems, and worked on temporary DIY repairs so the team could crack on with their training. There’s nothing that some silicone spray and glue can’t fix.

Back at camp, in a small military training facility, it felt like a different world – one I was lucky enough to gain an insight into. ‘Who’s for a wet?’ John, one of the team members, asked in the canteen. As we sat around with our drinks, recounting the day’s events with a laugh and joke, I realised just how tight knit this unit is. It’s clear that they are all incredibly proud of being a part of the Royal Marines and work like a family. As I’ve seen throughout this training mission, they all look out for one another and want to help make a difference for others, aiming to raise awareness of good mental health and support those who are going through hard times, with all proceeds going to the Royal Marines Charity.