Reconnecting the Human Tribe – An Interview with Céline Cousteau 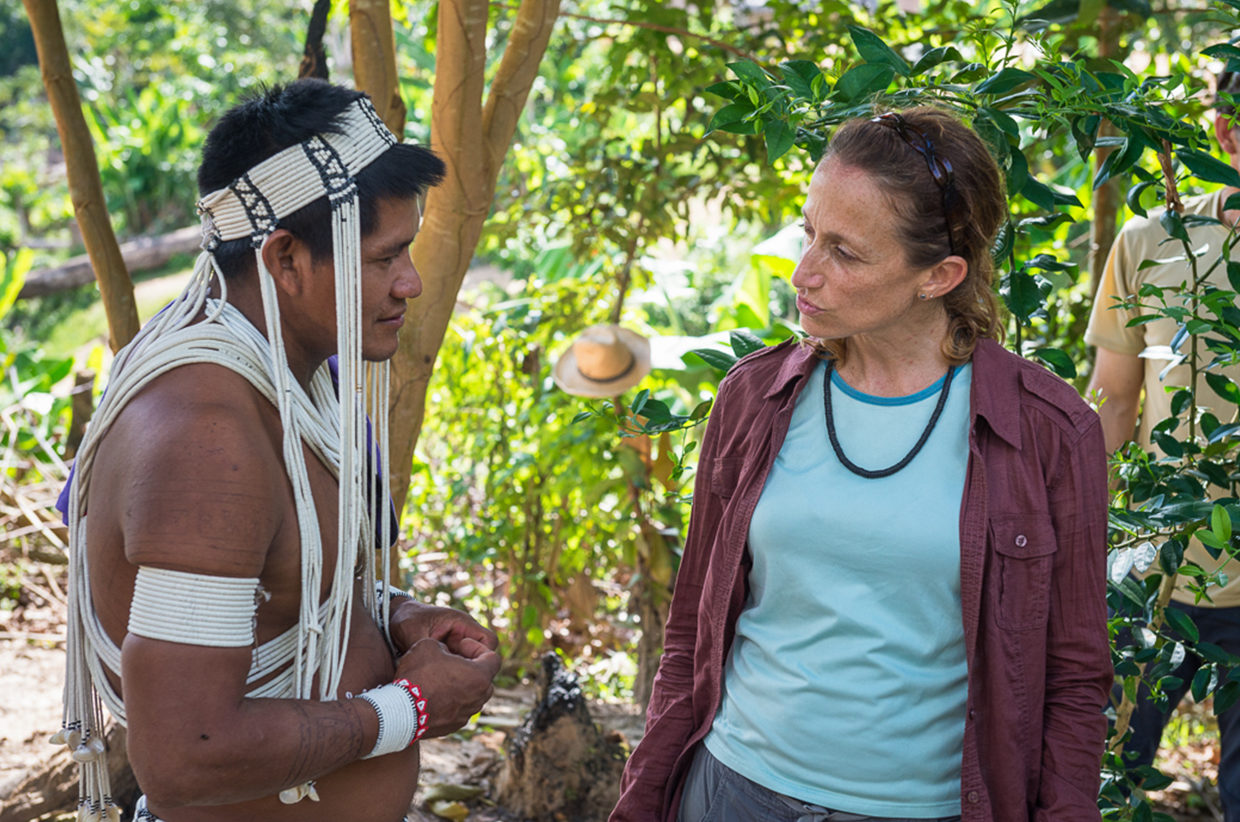 ‘Being able to travel and meet people from all different places, I see the challenges and similarities. We all have the same basic needs – we all want to thrive, not just survive. We are one species, and whatever happens to some of us, impacts the rest of us.’

The Cousteau name is one we all know. Many of us learned the wonders of the deep blue through Céline’s grandfather, whose work carries through to this day. But for Céline, it’s the global tribe of humans that hold her interest, and their stories that she wants to share.

At the very mention of her name, Céline may have your attention. But seconds into speaking with her, I instantly forget about her father and grandfather, both well-known explorers – she has a commanding presence, and the passion with which she speaks about her work sparkles through the phone.

‘I think being called an explorer is so superficial,’ she tells me. ‘Exploring yourself in that place – who you are in that ecosystem, in that culture, what purpose you are waking up with in the morning – that’s far more interesting to me.’

But whatever you want to call it, Céline is a true modern-day explorer – and journalist, filmmaker, consultant, public speaker. Throughout our conversations, I’m whirled around the globe as she mentions projects from the past few years in Jordan, India, Madagascar, and the Brazilian Amazon. For the last, she has just completed her first role as a director/producer to create Tribes on the Edge, a film that shares the story of indigenous people and the issues they face in the Amazon. ‘They picked me,’ she explains, when I ask her if producing and directing a documentary film had been an obvious career choice after spending years as a journalist in front of the camera. Céline first met the Javari people while working on a film with PBS in 2010. Soon after leaving, the tribe contacted Céline and asked her to come back, stating simply that they had never encountered a journalist with such sensitivity and ability to connect. They trusted her to share their story with the world.

It doesn’t surprise me that anyone would choose Céline to share their story, but her journey into filmmaking perhaps does surprise her. At a young age, surrounded by a family of explorers and storytellers, Céline’s dream was to be a veterinarian, through her love of animals, ‘until I realised I would have to cut them open,’ she admits with a laugh, ‘and I didn’t want to do that – I wanted to look after them, though, and that’s what I’m doing now.’

Asked about her family and the career of a Cousteau, she dismisses any notion that she followed a natural trail into the work she is doing now. ‘My family never forced me into filmmaking or exploration. Everyone knows my grandfather, but he was just the tip of the iceberg in the family that shaped me.’

Céline didn’t follow her father’s and grandfather’s footsteps immediately but instead took her own route there, at first studying psychiatry to follow her passion in understanding human behaviour – a background which she says helps her to communicate with different audiences and cultures. A career in front of – and, eventually, behind – the camera came about through her father, however, when she offered to help out with the logistics on a series called Ocean Adventure that he was filming with PBS. ‘I was working as a guide, hiking and biking, and had some spare time so I offered to help… Next thing I knew, I was being shoved in front of the camera and discovered that I really loved doing interviews, being with people in their spaces, or being truly out in the elements having raw experiences – experiences that give you perspectives on your own life. Through film you can then bring that perspective back home to people. That’s the important part.’

Talking about her role as a storyteller, Céline champions the use of film as a medium for communicating messages. ‘We are visual creatures,’ she explains, ‘so visual media has a high impact. It’s why social media like Instagram works so well, and film is great because I can tell a story in just a few minutes that would take me so much longer to speak to you. And with the visuals, an audience can really put themselves in the roles of the characters whose story you are sharing.’

In her aim to connect the human tribe, Céline champions sustainable travel, working as an ambassador for the TreadRight Foundation, work that she says gives her access to a new audience. ‘We don’t want to discourage people from travelling, but we want to encourage travelling thoughtfully. Travelling is about a global economy, and keeping that economy thriving is important – we can’t discourage it,’ she explains, supporting the use of travel experiences to bring global issues to people and promote stronger feelings of connectivity. ‘Everything we do impacts something somewhere, no matter what industry you work in,’ she says. ‘Working with TreadRight has informed me better about how we can support places that travel companies go.’

Céline’s enthusiasm – and optimism – for the human planet that we all share is infectious and encouraging, and I leave our interview with a sense of comfort that she’s continuing to work on projects with communities around the world alongside the largest bodies in the travel industry. ‘There’s so much work out there still to do… Let’s just keep working,’ she states with simple positivity as we say goodbye.

You can find out more about the TreadRight Foundation (www.treadright.org) projects that Céline is involved with at: