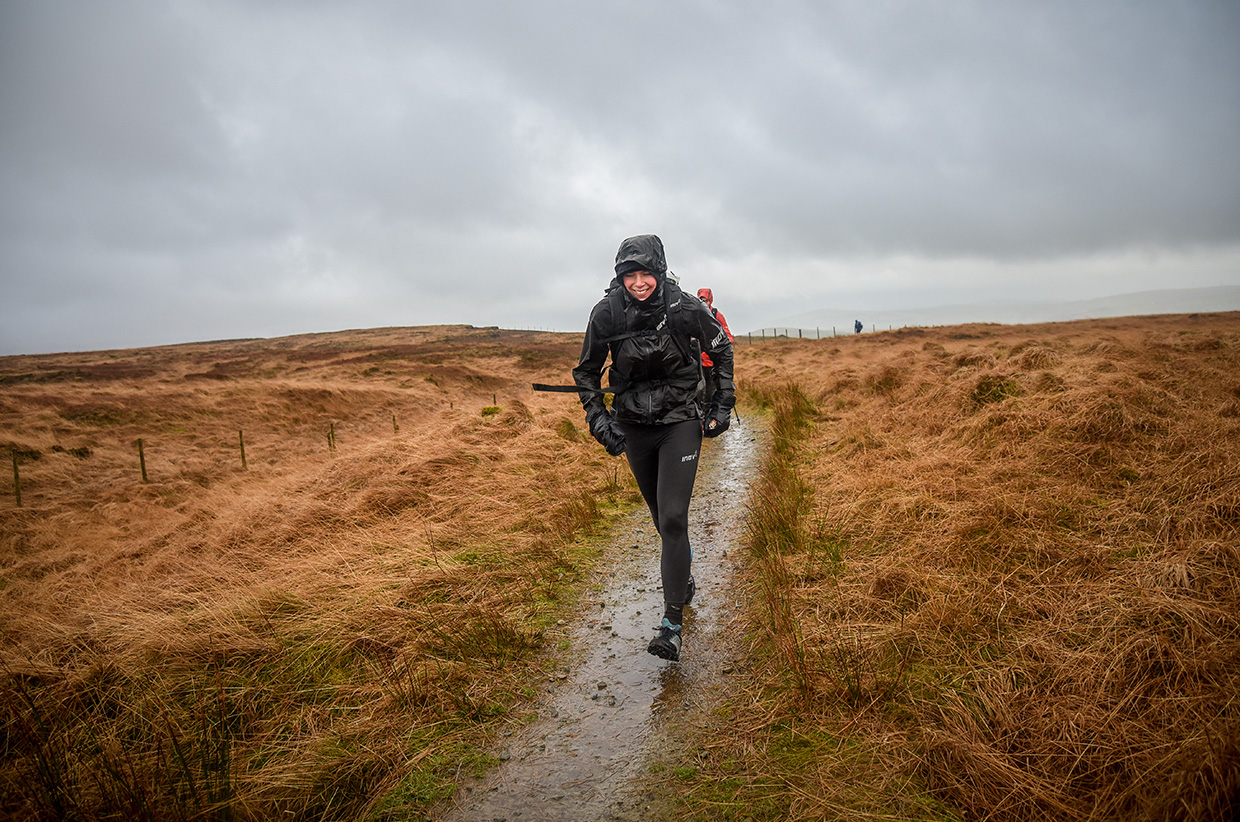 When Jasmin Paris crossed the line in first position in 2019’s Montane Spine Race, a 268-mile race – Britain’s hardest – along the Pennine Way, she ran in to history. She crushed the course record by 12 hours (12 hours!). And beat the nearest competitor by 15 hours. Chelsea Clinton retweeted the performance, The Guardian got a huge amount of traffic, she appeared on Woman’s Hour and the News at Six. This mother, who expressed milk at the aid stations for her one-year-old daughter, had just completed one of the greatest endurance feats in history. On her feet were the inov-8 ROCLITE 275 with graphene G-GRIP; she was the first inov-8 runner to wear these in a race. And this race had every imaginable terrain: hard paths, slab stones, rocks, mud, bogs.

Jasmin told Sidetracked: ‘The Roclites were really good, I find they grip pretty well on all surfaces. The Spine is a difficult one because although it’s not a very technical trail there’s a real mixture of stuff. You’ll be running on muddy trails, running on roads. There are a lot of slabs on the Pennine Way, over the Cheviots and over Kinder Scout – they are really hard on the legs and when they get icy, they get really slippy. You need something that is grippy and comfortable. The Roclites gave me the perfect balance of having a good grip and being comfy.’

We’ve been taking a first look at the ROCLITE 345 GTX running boots that have the exact same outsole as the shoes Jasmin wore. These are the world’s first-ever hiking boots to utilise graphene, the strongest material on the planet, a substance rediscovered and isolated by a team from the University of Manchester in 2004, winning a Nobel Prize. Last year, inov-8 infused graphene, just one atom thick and 200 times stronger than steel, into the rubber sole of trail running shoes. Dr Aravind Vijayaraghavan, Reader in Nanomaterials at the University of Manchester, said: ‘Using graphene we have developed outsole rubbers that are scientifically tested to be 50% stronger, 50% more elastic and 50% harder wearing.’ 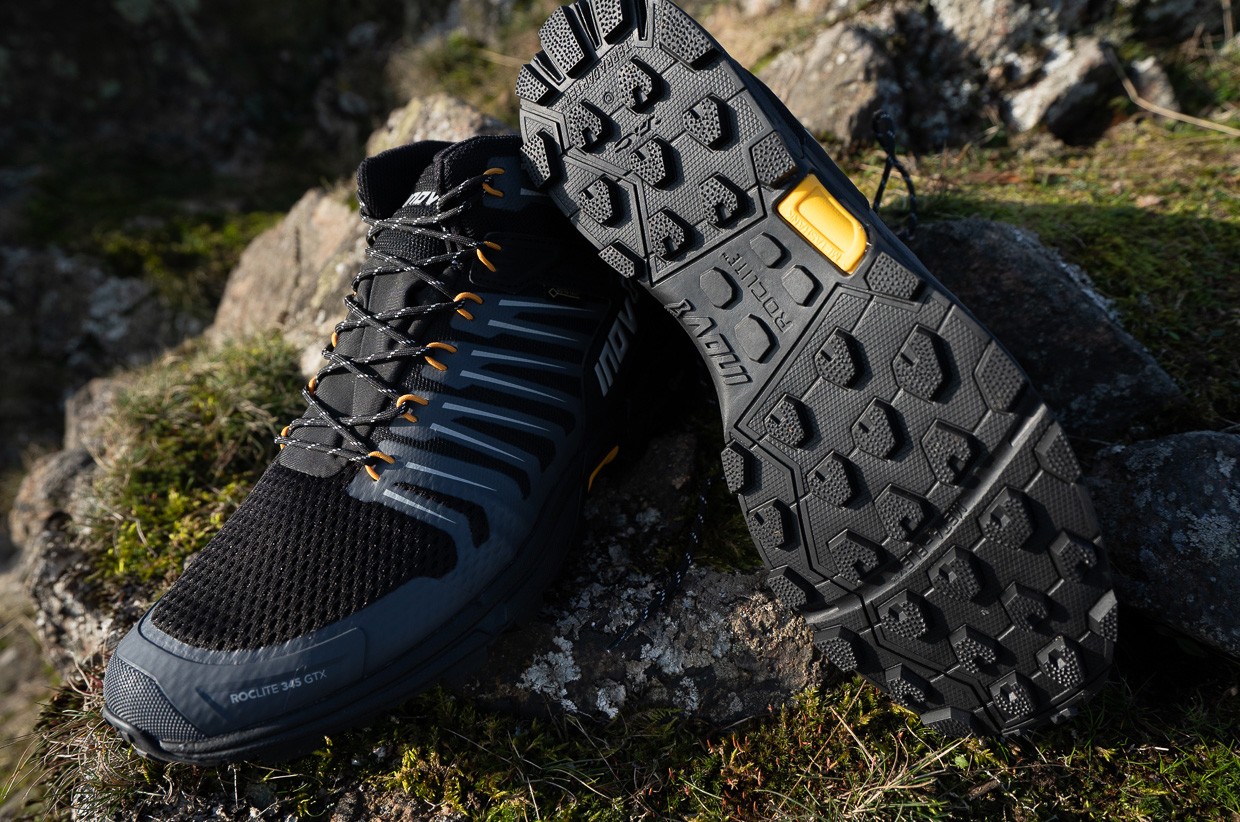 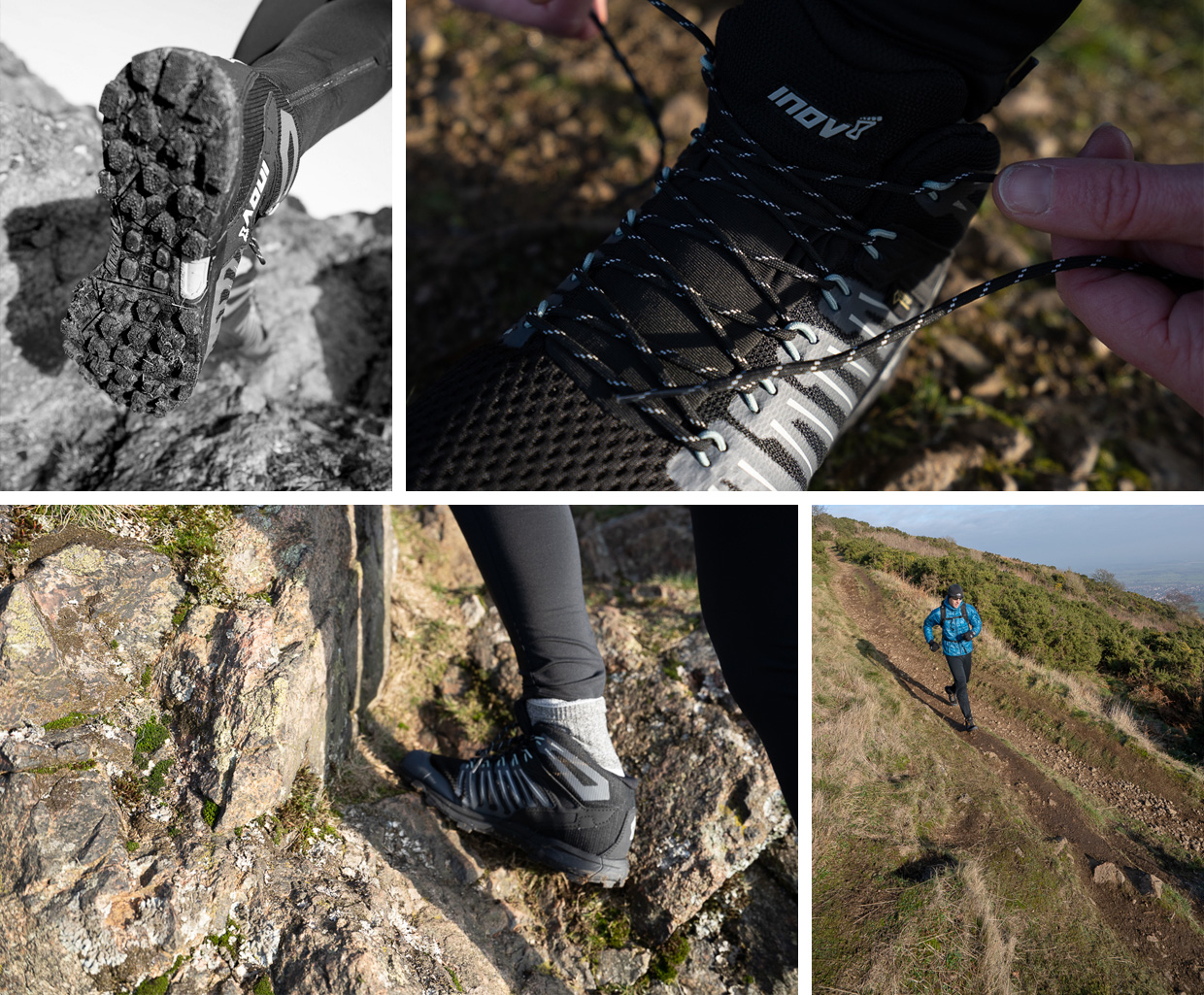 The result is the world’s toughest grip. It’s an incredible innovation, but how does this affect the walking capabilities?

There are two main advantages. First, it’s going to be longer lasting, squeezing more miles out of those soles; and second, it means the boots can be built lighter and more flexible. There are two models of walking boots with graphene soles: the ROCLITE 335 weighs 335g and the ROCLITE 345 GTX weighs just 345g, hugely impressive for a Gore-Tex-lined boot.

inov-8 footwear is known for incredible grip, partly as a result of being built specifically for the British market, where mud and wet grass and rock are common. The grip is achieved partly through the aggressive lug pattern – the nobbles on the sole in the ROCLITE 345 GTX are 6mm deep – and the way the flexible sole moves with the feet, gently curving around contours and rough ground. The fit of inov-8 shoes is also quite wide, allowing your toes to balance and do what they are designed to do. The ROCLITE 345 GTX is no different. There’s a wide, comfortable fit straight out of the box (and both men’s and women’s shoes fit true to size). After a full day’s walk, when the feet swell a little, they are still comfortable. The shoes also inspire confidence. That extra grip feels positive on mud and rock. The Powerflow midsole is a spongy affair, designed to have a good rock and propel you forward, offering some energy return. It also takes some of the resistance out of walking, helped of course by the low weight. 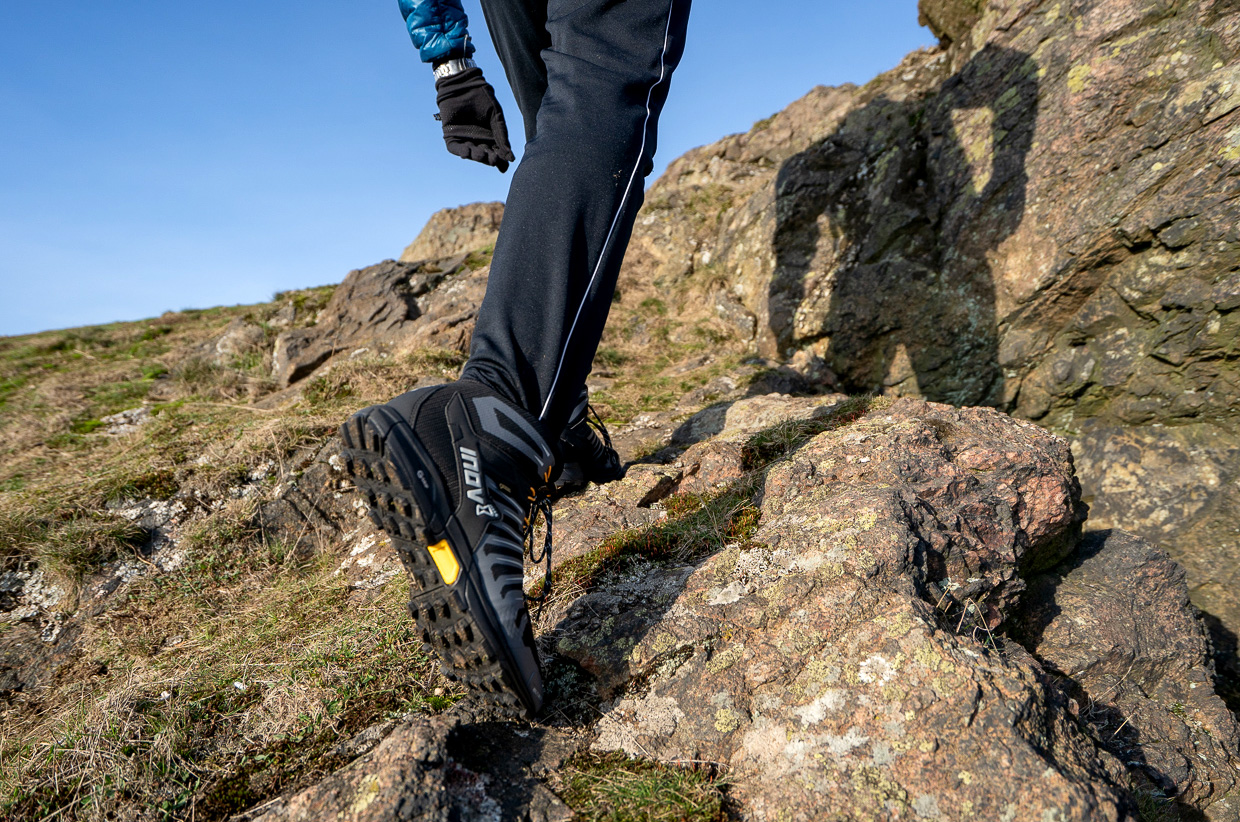 Other features that impress include the lacing system. While remaining a tight fit, it allows for some of the movement and swelling of the foot without having to be readjusted. The high ankle provided enough support to make a difference, but without being too rigid. These are boots designed for fast hiking and even running. On our first outing, we tested the boots on a hike/run over mixed terrain and were impressed by the security of grip when running from slippy rock to mud to rock. The Gore-Tex lining did its job admirably, and, thanks to these materials, didn’t get too warm.

In a world where the word ‘innovation’ gets thrown around, the graphene G-GRIP is a true innovation, one with clear advantages to the fell runner and walker. These boots, the first to use the technology are, ahem, a step change for this market. We can’t wait to see where graphene takes inov-8 next. The possibilities are bewildering.

For more information visit inov-8.com and follow them on Instagram: @inov-8
Photography by John Summerton // Written by Daniel Neilson