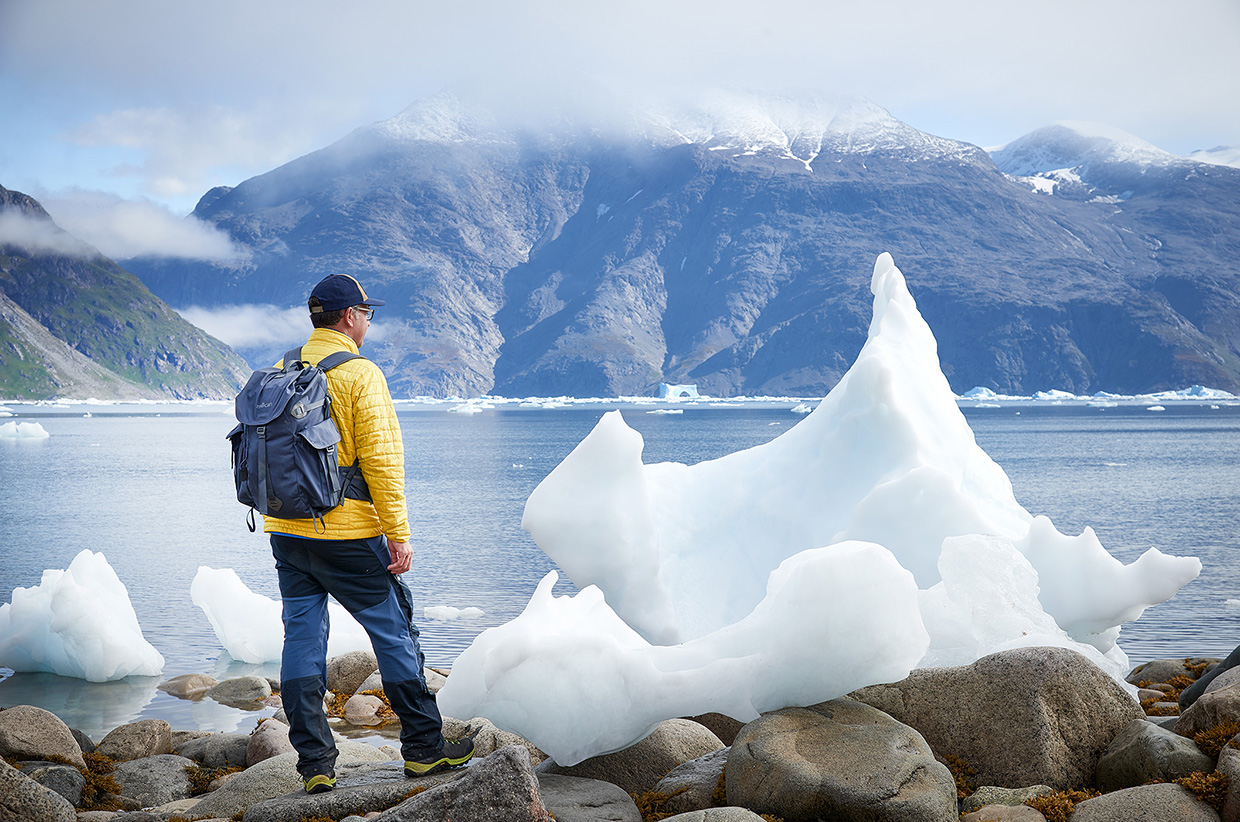 ITEM: Merrell Thermo Rogue Gore-Tex Boots
PRICE: £180
STYLE: Winter walking boots
WEIGHT: 1248g (pair, size 11)
ACTIVITY: Trekking
WHAT THEY SAY: This athletic two-season hybrid is packed with the best in protection, but stripped of any bulk, so you can move fast on any adventure.

The naming of Greenland was basically 10th-century propaganda. Erik the Red was a Norse explorer who was, by most accounts, handy with a sword. He travelled to Greenland after being expelled for a murderous scuffle.

According to the sagas, Erik arrived in Greenland around 982, sailing around the southern tip and up the west coast. He spent his three exiled years exploring the land. When he returned to Iceland, he told stories of this ‘green land’ (readily admitting: ‘people would be attracted to go there if it had a favourable name’). The spin worked, and in 985 he was followed by 24 ships to Greenland. Eleven were lost at sea, but the remaining established colonies around the ‘Eastern Settlement’ in the south, and the Western Settlement near present-day Nuuk.

In September 2018, I walked around the ruins of Erik the Red’s estate in Brattahlíð, or present-day Qassiarsuk. An interpretation board pointed out the remains of living quarters and a church. On a hill above us, two sea eagles guarded the reproduction of the Brattahlíð church with its distinctive grass roof. It was a beautiful spot. Snow-scattered mountains rose out of the fjords, which were filled with deep blue icebergs. But Erik the Red wasn’t there because he liked the view. Instead, he was there to farm.

I’d come to Greenland for the story ‘The Great Wild Beyond’ – to explore the tale of why the Norse came, and then left again in such a hurry a couple of hundred years later, but also to meet the modern sheep farmers who had settled here less than 100 years ago to farm in some of the harshest conditions on Earth.

The landscape had probably not changed since the days when Erik the Red landed here. From the capital Nuuk, we flew down to Narsarsuaq on a chilly late-summer afternoon and made our way by boat across the Tunulliarfik Fjord to Qassiarsuk. The wind had whipped up a swell, and the fjord itself was speckled with bouncing icebergs, from the size of a luggage trunk to that of my house. Our rib swerved around them, and out we jumped on a small jetty in Qassiarsuk. From there we’d spend a few days exploring the settlements, meeting farmers and enjoying the scenery. 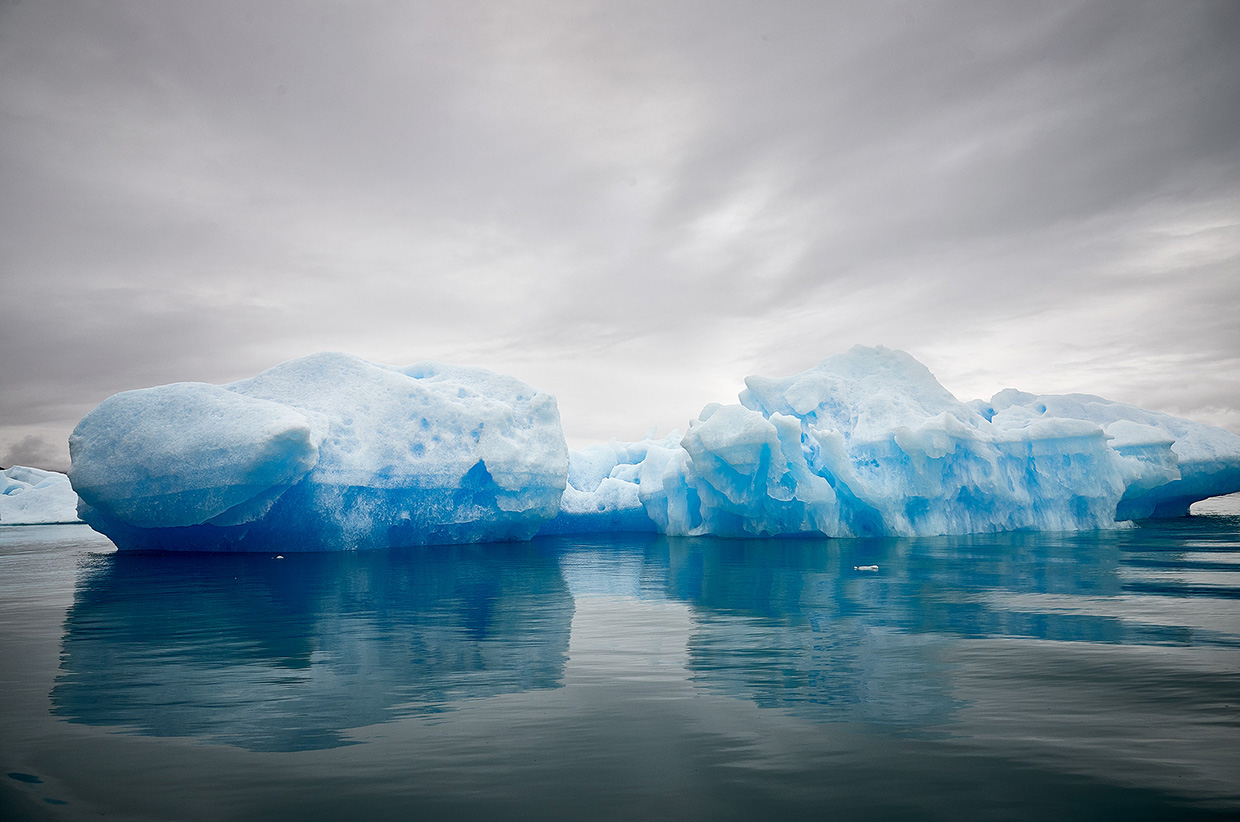 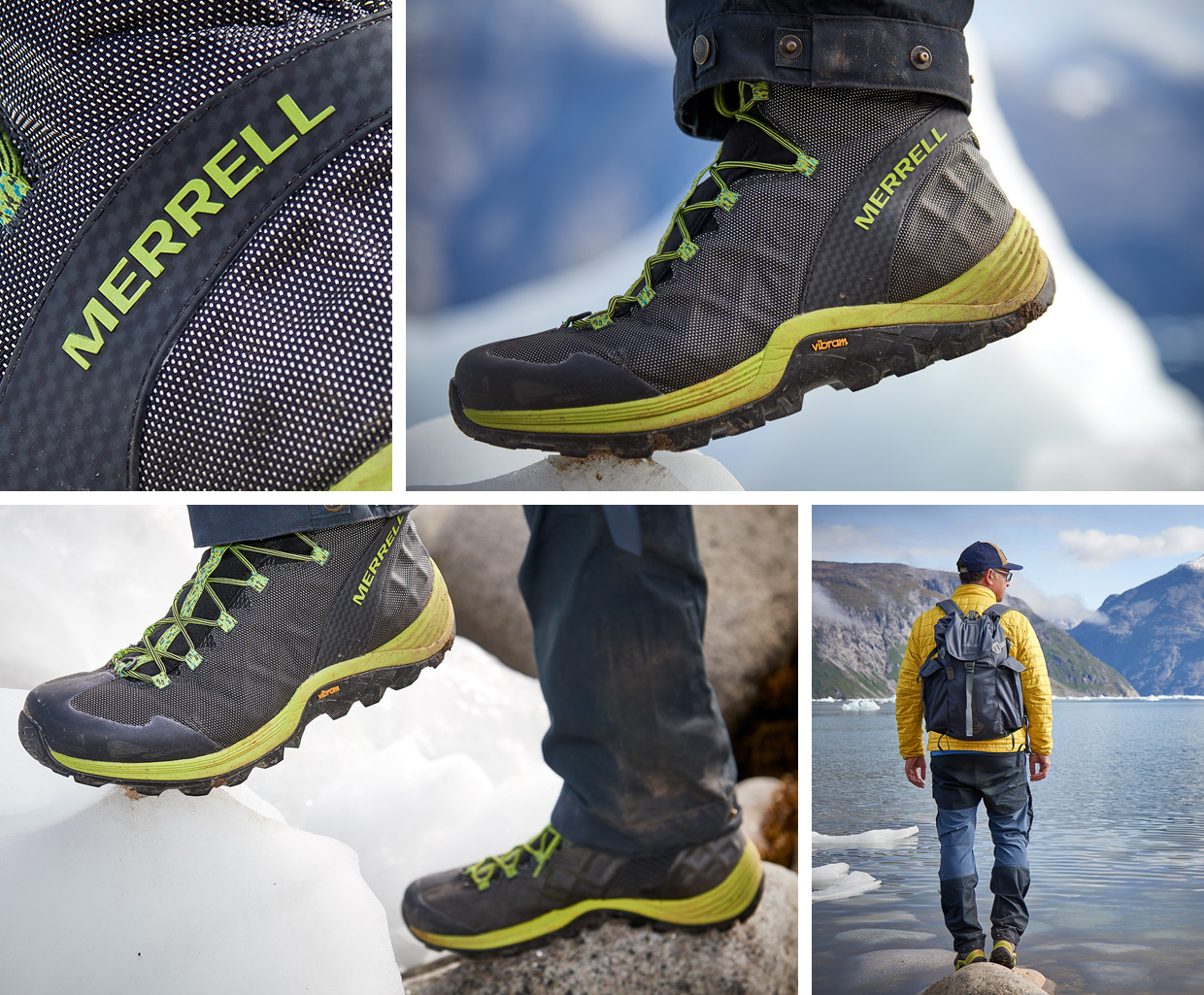 My transport for the trip was a pair of Merrell Thermo Rogue GTX Boots. Although the name sounds as if they are designed for exploring Hoth (not, perhaps, that dissimilar to Greenland, but with fewer wampas), I’d picked them out because they were tailor-made for our hike: a mix of mountain walking in cold conditions, sometimes on ice and snow, sometimes on rocky paths, and for long distances.

I admit I was a little worried about comfort when I first opened the box. There’s something in the brain that, when confronted by a tall pair of boots, still says ‘Ouch’. ‘These are going to need wearing in,’ I said out loud. My trip was in two days, but after popping them on and wearing them for a short walk around the wild woods of Sussex, my mind was eased. Remarkably, given the height of them, I found them effortlessly comfortable. Even more impressive – and genuinely surprising – is the weight. At 624g per boot (for my flapping size 11s), they were lighter than all but two of the 13 boots I’d recently reviewed for a comparative test of three-season boots.

The distinctive exterior is a mesh and TPU upper, with a protective rubber toe cap, and has proven to be really durable. Putting them on, it’s the height that really sets them apart. These are proper winter boots where you don’t want any snow to enter. There’s a thin layer of PrimaLoft Aerogel, a very lightweight and low-bulk insulation, and a Gore-Tex waterproof membrane. Without going into the technical aspects, it really keeps your feet very warm. It’s so thin that it has been used under the foot too.

The toe box is reasonably wide, meaning they feel comfortable straight on and there’s a fair amount of cushioning – they’re designed for long days out.

Another aspect that sets these apart for winter is the sole unit. It is Merrell’s exclusive Vibram Arctic Grip Dura, a sole that Merrell has been pioneering with Vibram for a few years. In showcases, staff invite you to wear the boots and walk along a sheet of ice, and it genuinely does grip.

I had the opportunity to test the boots out on the huge monoliths, the electric blue sculptures beached on the shore. A recent storm had seen millions of tons of ice fall into the fjord. Confidently, I climbed these temporary forms, cast in ice by nature. Walking over longer swathes of snow and ice, they feel positive, and they’d happily take microspikes. They’re not designed for situations where crampons would be needed. On snow, rock, and wet mud, the deep lugs offered a confident grip.

Finally, the roll on these boots plus a good amount of cushioning meant that after eight days wearing them constantly I couldn’t recommend them highly enough. They were comfortable from day one, I had no hotspots, and gosh they are light (did I mention?). For long walks where snow, ice and wampas will be present, they demand to be considered.