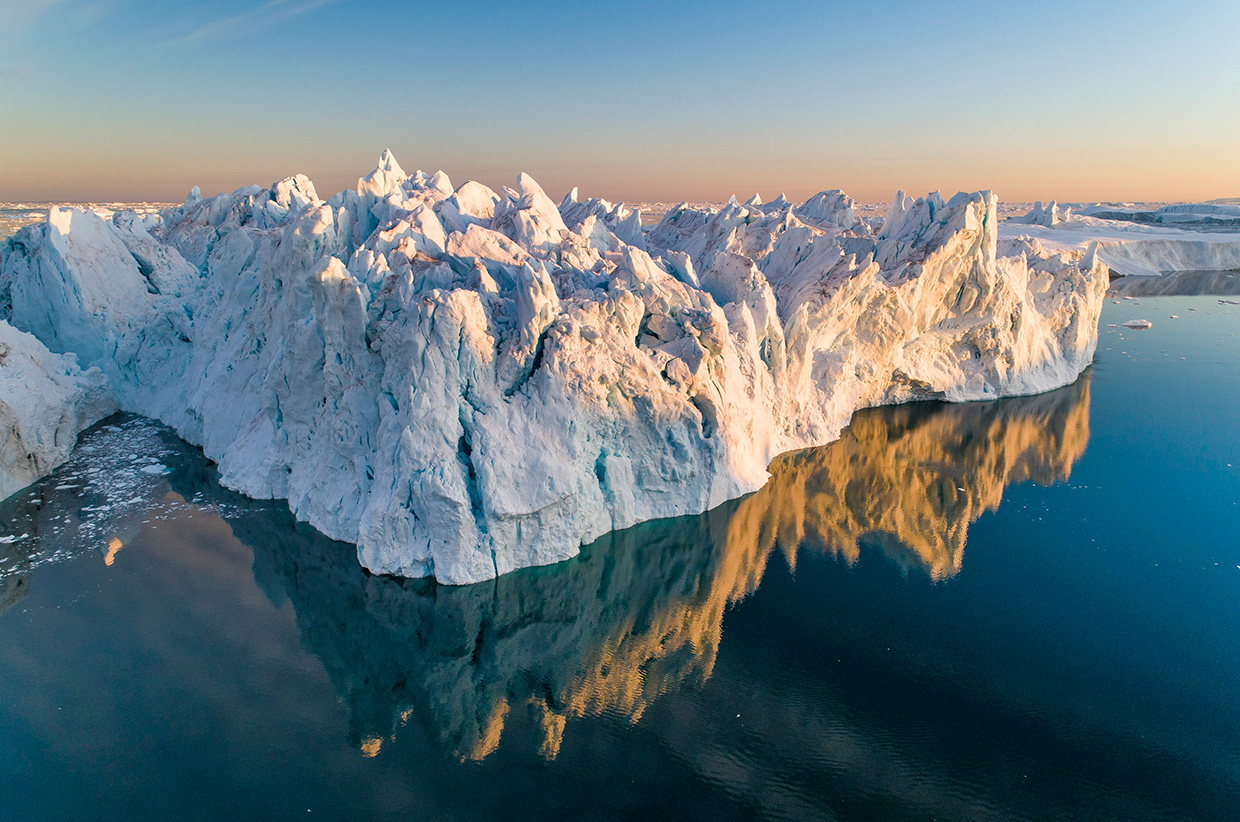 Projects born out of the space where art and science intersect have for centuries been used to generate new ways of thinking about the world. Artists have the power to create positive change by communicating, in a way that can touch everyone, the alarming facts provided to us by climate scientists.

To investigate the disturbing reality behind these facts, the Arctic Arts Project sent a team of artists to Ilulissat, on the western shore of Greenland, to visually document the knock-on effects of Greenland’s melting ice sheet on wildlife, permafrost, and indigenous populations in the area.

Artists Carsten Egevang, Kerry Koepping, Andrea Sparrow, and Florian LeDoux landed in Ilulissat to discover that spring had arrived four weeks early, with the warm weather swiftly contributing to the meltwater streaming off the ice sheet that covers Greenland. 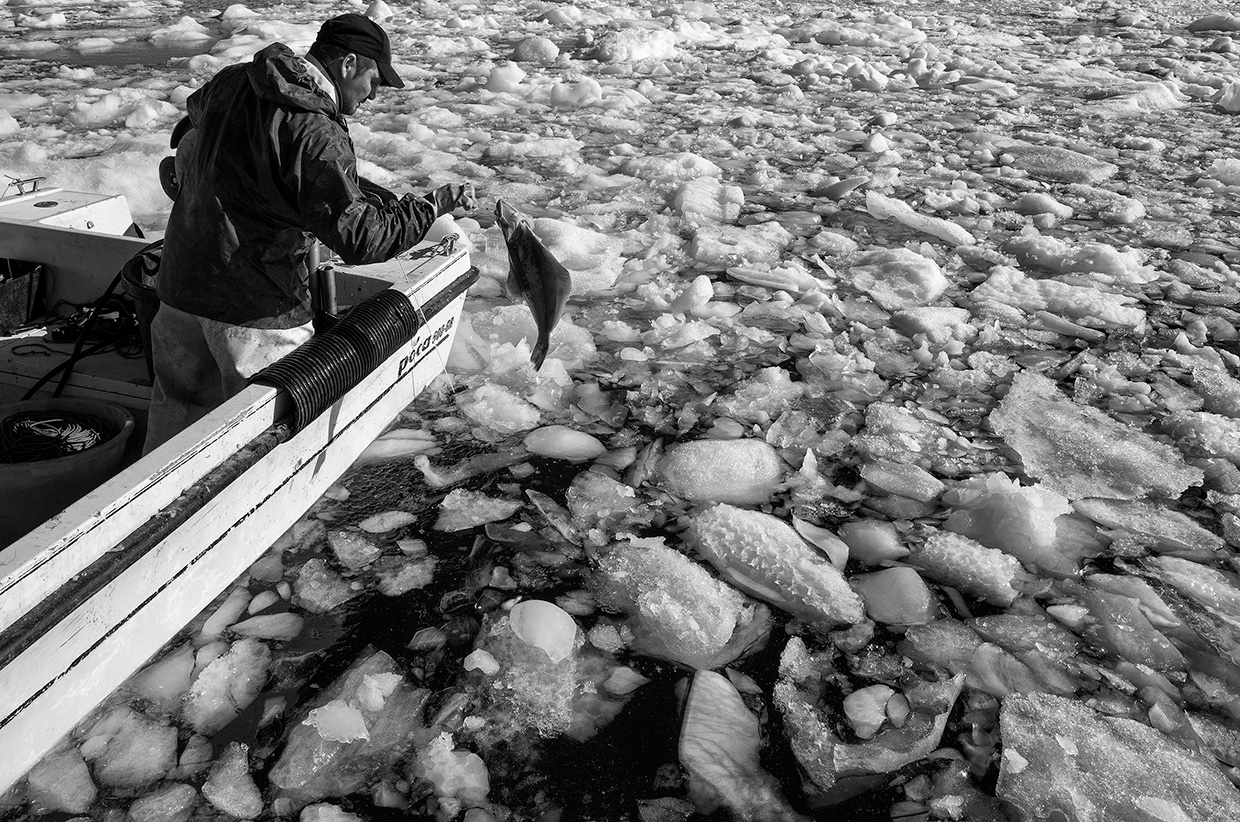 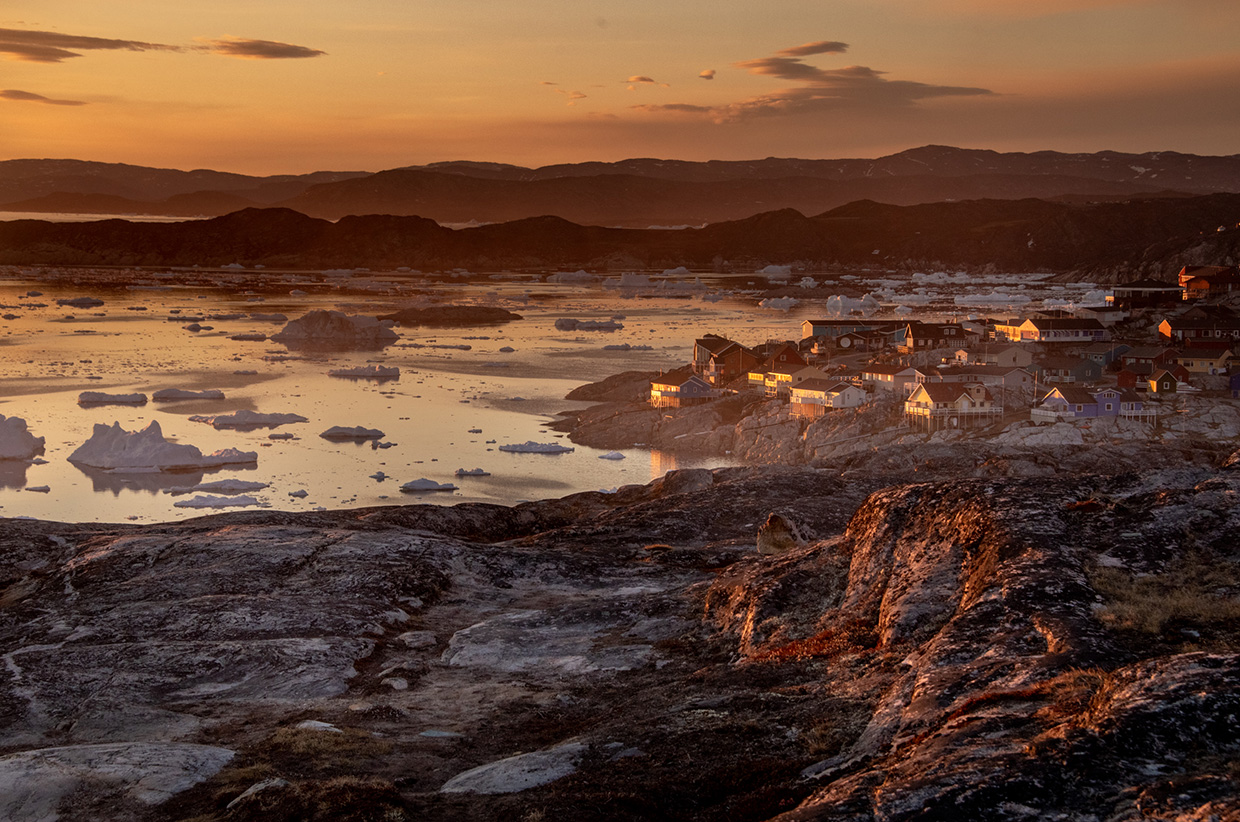 In a flight over the western side of the ice sheet, the artists documented sheer white sheets permeated by glacial meltwater rivers and lakes. ‘From the air, we witnessed first-hand how the surface of the Greenland Inland Ice was filled with meltwater lakes. Although the azure-blue lakes are a spectacular sight among the white structures of Inland Ice, the number and size of the lakes is really an alarming sign of a warmer climate,’ said photographer Carsten Egevang.

The team documented the albedo effect at work, where the decrease in reflective white surfaces and subsequent increase in darker, blue surfaces causes the landscape to absorb more heat, accelerating the melting process.

The artist’s photographs also reveal previously large areas of permafrost to be pitted with water-filled bogs. This prematurely warm environment causes plants to bloom before insects have hatched to pollinate them, which scientists say will have a catastrophic effect on local ecosystems. 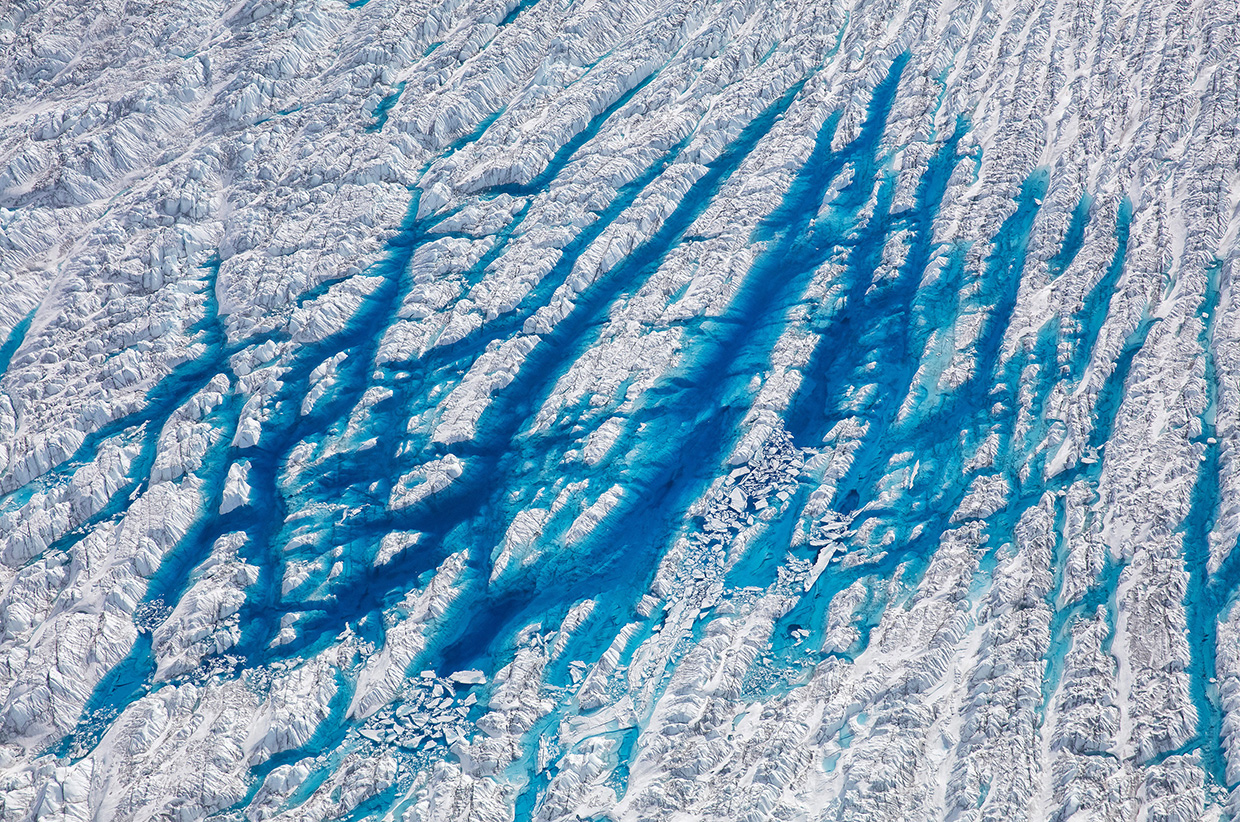 Greenlandic fishermen were photographed catching unusually small halibut, which they say is due to overfishing, and commercial fishing fleets being able to string long lines of hooks between icebergs much earlier in the season.

The artists met islanders on Disko Island – where the sled dog population has fallen by 90 per cent – who could no longer use their dog sleds to hunt in the traditional way due to the increasingly unpredictable sea ice.