The Final Exam – An Interview With Lia Ditton 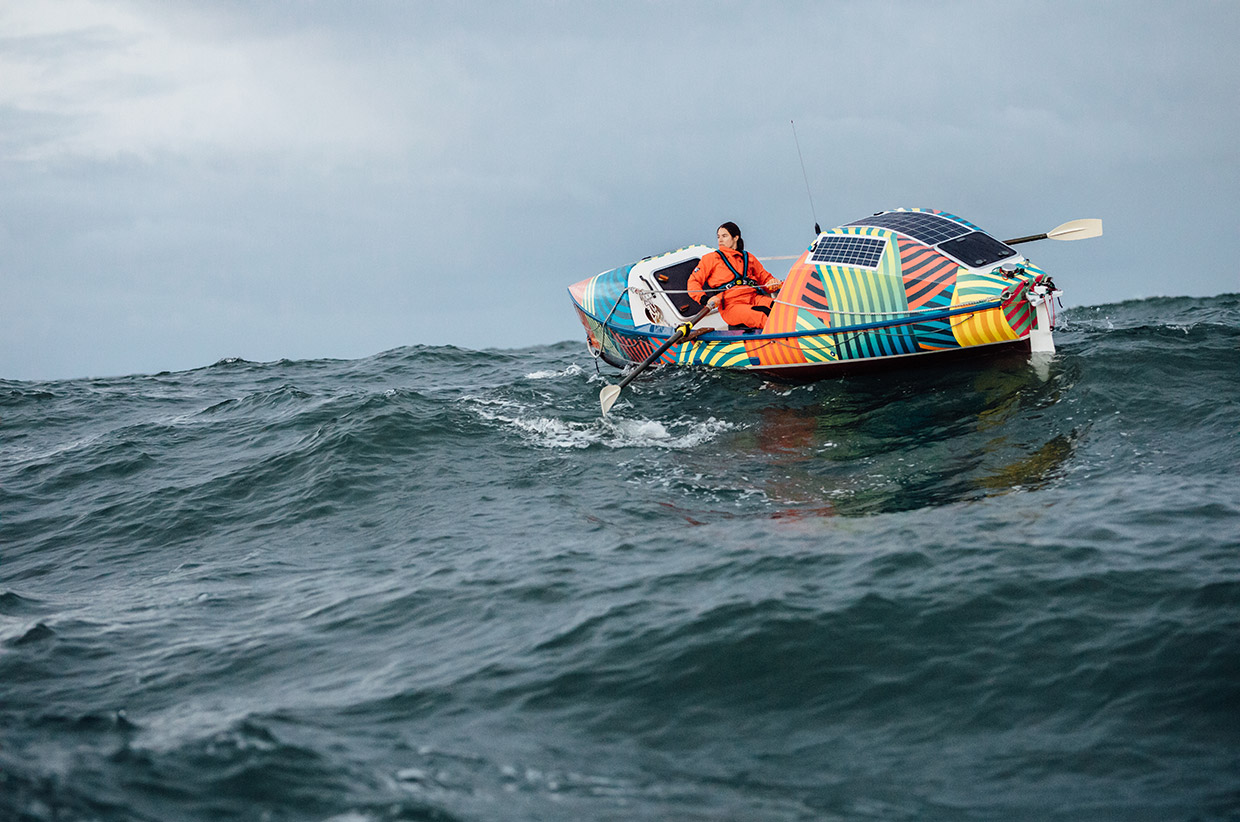 Photo: Christian Agha
In April 2020, Lia Ditton will set off from Choshi, Japan, on her mission to row solo and unsupported across the Pacific Ocean, to land safely on the west coast of the USA. If successful, she will be the first person to ever achieve it. We spoke to Lia to hear more about her journey so far, to get to the place where she’s confident she can take on the biggest challenge of her life.

How did you get into ocean rowing? How did it all start for you?
A mutual friend gave my number to a Danish Olympic rower. ‘Me? Row an ocean? You haven’t even met me!’ I still laugh at the memory of my phone call with Lisa Kronenberg. I started reading books about people who rowed oceans – there were a total of eight on the subject at the time. I became fascinated.

What initially made you want to attempt a solo crossing of the Pacific?
I met a man who had just completed a row of the North Pacific with a rowing partner. His rowing partner said the crossing couldn’t be done solo. Two French men had come close rowing solo in 1991 and 2005, but both had been towed the last 20 and 50 miles respectively to land. It triggered something in me and I knew I had to attempt it.

What kind of training are you doing to prepare for your attempt?
I do as much training in my boat as possible – practice rows and so on. Nothing beats doing the thing you’re training for! Off the boat, I swim once a week with a full-face mask so that I breathe through my nose and train my diaphragm. I do Bikram (hot) Yoga for a serious stretch and a minimum of two strength and conditioning workouts in the gym. But I’m also working to gain as much weight as possible before my row. I expect to lose up to 23kg while rowing the Pacific, so am trying to gain as much muscle as I can. I have so far succeeded in packing on 13.6kg! To achieve this, I cover everything I eat in oil and lean towards calorie-rich foods like Parmesan cheese and dark chocolate.

You said that everything you’ve done up until this point has been, in essence, training for your attempt to row the Pacific. How do you feel your rowing experience up until this point has prepared you for the Pacific crossing?
To date, I have rowed 2,067 miles in training. By the time I ship my boat to Japan, I am hoping to have rowed the equivalent of half the Pacific (3,000 miles). Time on the water breeds experience and confidence develops with experience. 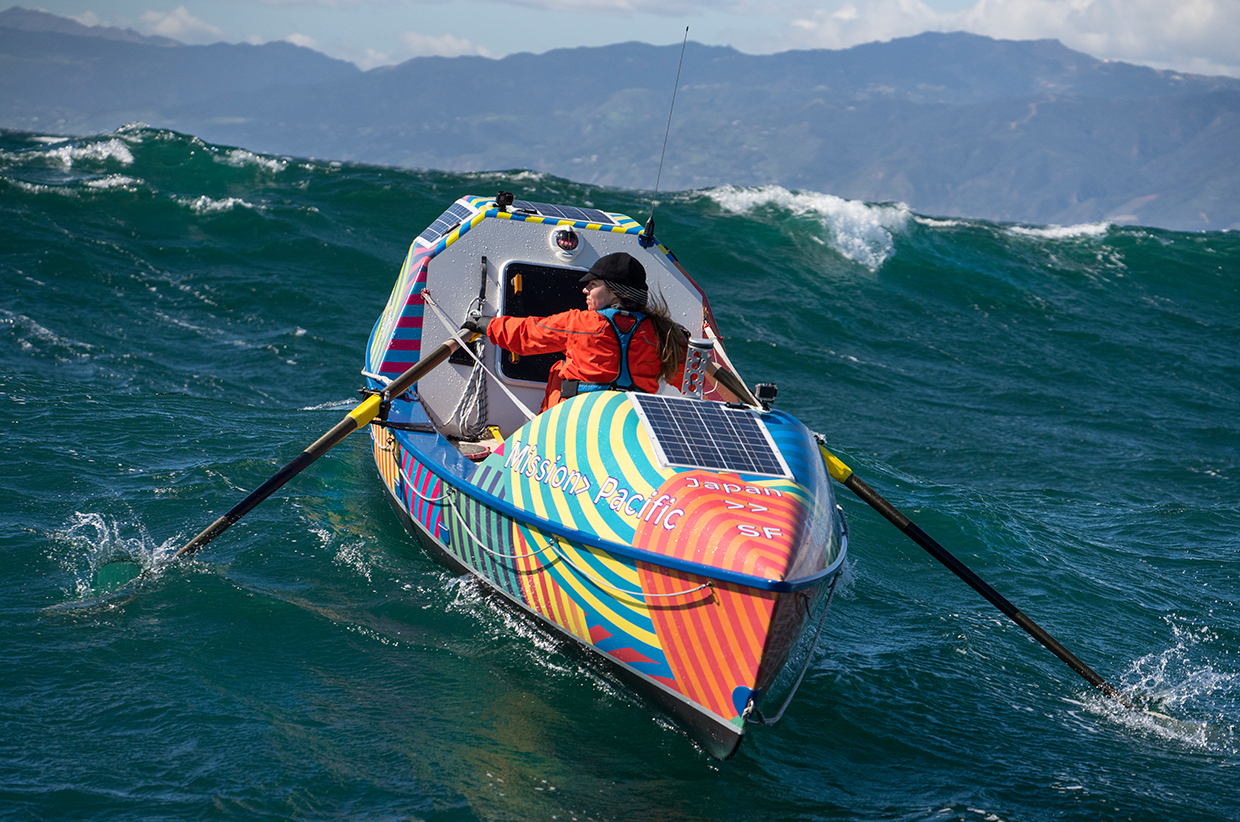 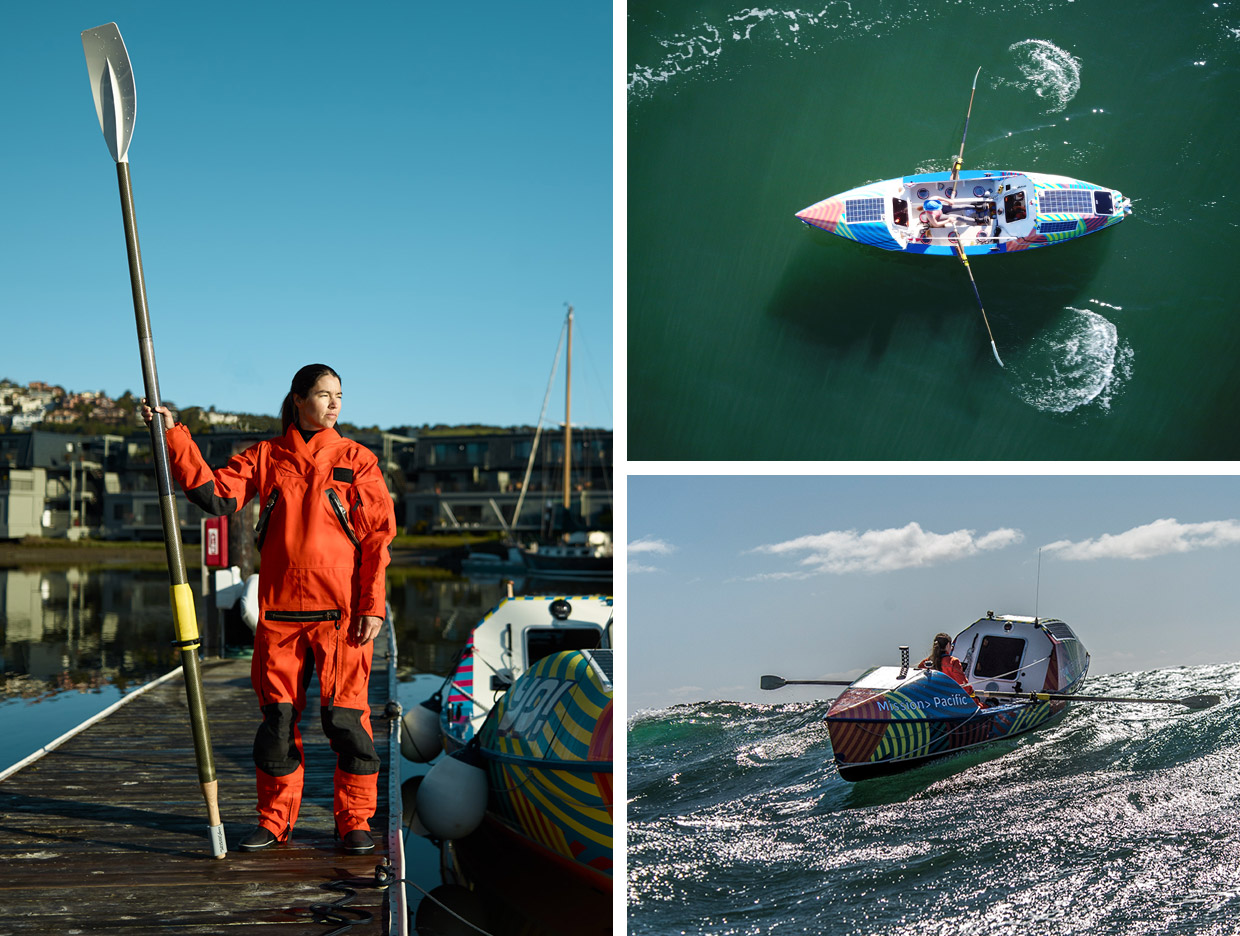 Rowing round the Farallon Islands in San Francisco was something that you were determined to do as part of your training to row the Pacific. Why is rowing round the Farallon Islands so challenging?
The Farallon Islands are a chain of gnarly looking volcanic islands 26 miles west of the Golden Gate Bridge of San Francisco. The islands are a wildlife sanctuary prohibited to humans – a breeding ground for elephant seals in the spring, and a shark feeding ground from May to October. A sequence of weather events needs to line up favourably in order to reach the Farallon Islands in a rowboat: a strong outgoing tide and a weak incoming tide, with either a break in the wind or an easterly to north-easterly breeze (which is rare). The islands are right on the lip of the continental shelf, and subject to huge swells that have killed many sailors in the past.

When I turned back 2.5 miles shy of the Southeast Farallon Island on my reconnaissance mission, I proved that it was possible to reach the Farallon Islands in my boat. My first official attempt was foiled due to the marine layer, a wind-fog phenomenon caused by a temperature differential between land and sea. The experience felt humiliating because of how much media coverage the attempt received (everyone loves a story of aiming big and coming up short). My second attempt ended with another battle with the wind fog, but it’s possible I might have been able to break through the marine layer if I had deployed my sea anchor when I went to sleep. I didn’t, so I’ll never know! My third attempt was in October after I had rowed 350 miles down the coast from San Francisco to Santa Barbara. I had that row in the bank, was willing to be patient for the right conditions, and when the weather presented a perfect window I dropped everything and went for it!

I feel that rowing around the Farallon Islands was an accomplishment in its own right but was definitely good preparation for the Pacific attempt as well. The main takeaway for me was to never give up. In the end I think my perseverance to succeed was more noteworthy than the feat itself.

It must have taken a lot of determination to keep going on your attempts to round the Farallon Islands. How do you stay motivated when you’re out on the ocean by yourself?
I try to think of the bigger picture and what it means: the education programme for 4-11-year-old children who follow my rows, as well as my amazing family of Believers who are terrific at offering encouragement.

What would you say is the most important thing you’ve learned that you’ll take with you into your attempt to cross the Pacific?
I have been through so many trials just to get to the point of departing on my trans-Pacific record attempt. Above all else, I have learned humility. Anything can and will happen and my job is to stay grounded and persevere through the storms and the calms.

What are you most worried about?
There are things I’m worried about on the row, like the physical pain and the pressure on my mentality. But the thing I’m most worried about is not even being able to give it a go through lack of finance, bureaucracy in getting my boat to the start line, or some other issue I can’t even imagine right now.

As such an experienced rower, what advice would you give someone attempting an expedition like this one?
A positive attitude is the most critical thing you need, especially if you end up in a life raft. The same goes for getting through the highs and lows of preparing and fundraising for an expedition! As a friend once said to me, ‘if there is a way forward, you will find the way’. And that is something I always keep with me when the going gets tough.

One Woman Walking The World, From Bottom To Top – Lucy Barnard Perspectives of Namibia