Under the outdoor city 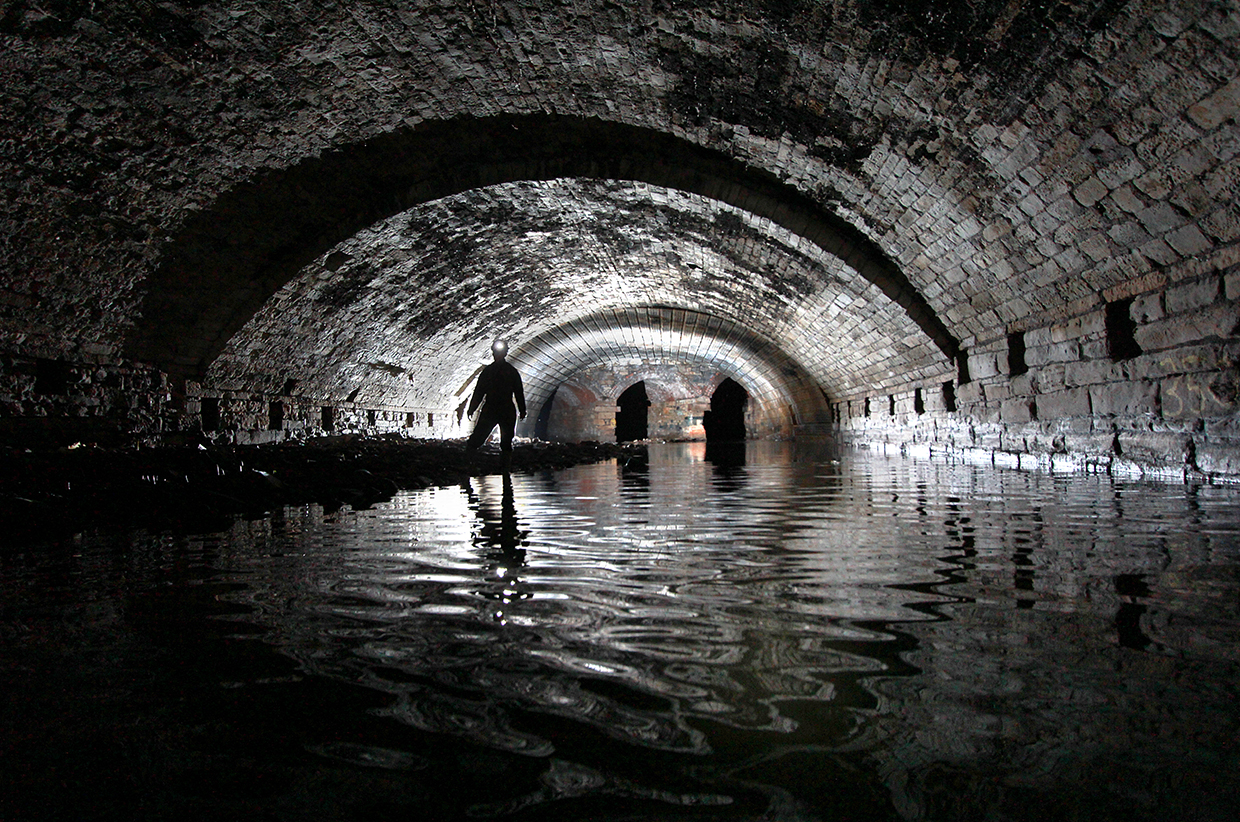 The light of my headtorch picks out the carefully constructed stonework of tunnel walls, receding into darkness. I move in a shuffle, half-crouched in the narrow space between the river and the tunnel roof. Fast-flowing water creates a chill around my legs which is reflected in a steady current of cold air.

I am here for a unique film preview with Sheffield Adventure Film Festival, who have arranged this urban adventure into the Victorian storm drain network underneath the city. These tunnels were created back in the industrial revolution when Sheffield’s rivers were built over, now left to run unseen beneath factories, railway stations and streets. Carrying the weight of the city, these underground spaces are far from sewers, in fact, the water in Sheffield’s rivers is now usually clean and supports all sorts of wildlife. Even salmon are returning to the once dead River Don.

The tunnels open out and I stand comfortably again as we reach a crossroads, the river diverging along four identical passageways. It would be easy to get lost here. I imagine myself wandering alone, the heavy darkness settling on me as my headtorch flickers and dies. No chance of that today though. Guided by caving experts from YHA’s Castleton Youth Hostel in the Peak District, this is a unique opportunity to venture into the depths of Sheffield that are normally out of bounds. 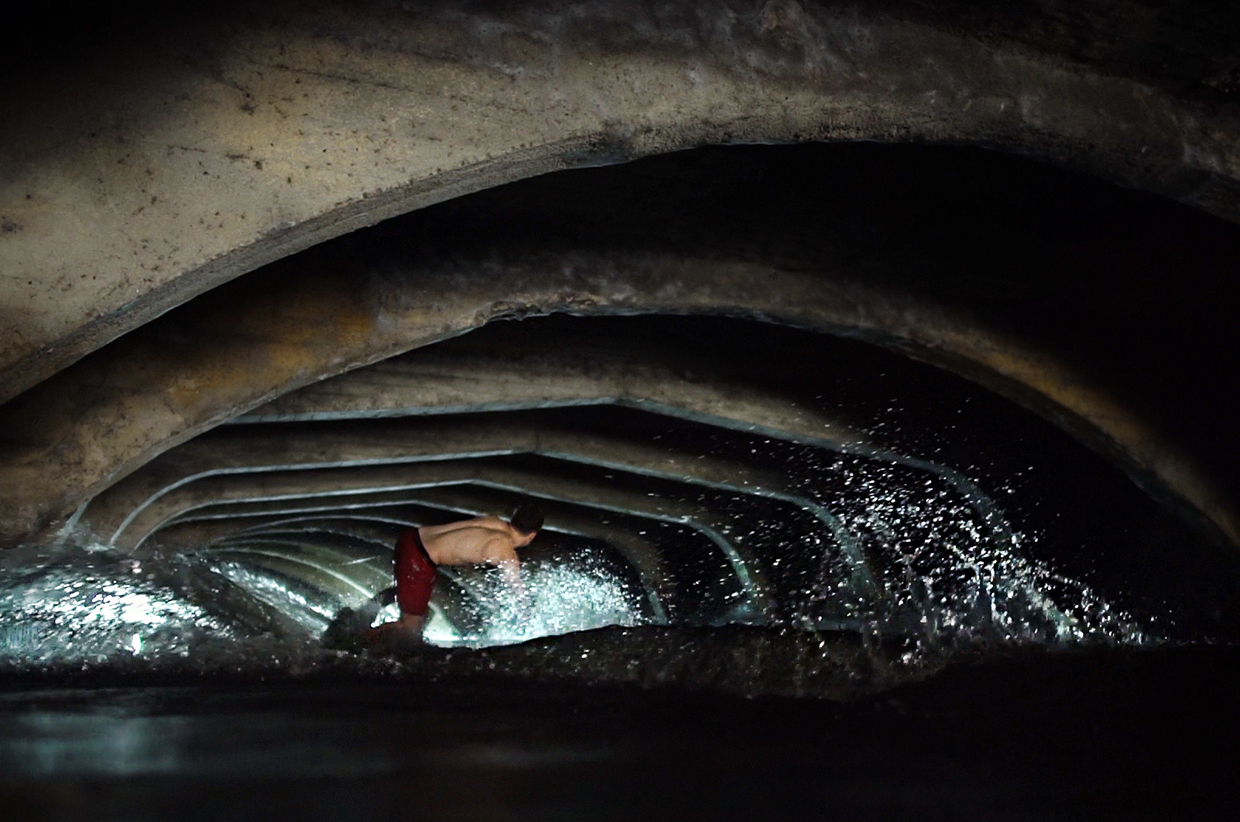 We move on towards the source of music, drifting from an unknown location. Combining adventure and film perfectly we duck through an archway and emerge at a pop-up screen and projector showing a selection of films from ShAFF. One of them, Low Line, was shot right here with local wakeboarders showing off their skills in an underground chamber known as The Megatron.

Sheffield is now established as The Outdoor City where sports like climbing, kayaking and mountain biking can be enjoyed not only in the Peak District but right here in the inner city. The population of central Sheffield is rising rapidly, creating an urgent demand for more open spaces, while climate change results in much more frequent and extreme storms which overflow the culverts and threaten flooding. For all these reasons the time is overdue to start the rediscovery of our lost rivers, joining a worldwide ‘daylighting’ movement. As the films end, we learn that there is light at the end of the tunnel for these forgotten spaces. There are plans to start their rescue through a new, dedicated, charitable trust, and the future of Sheffield’s underground rivers is looking bright.

Bringing the wild outdoors to the heart of the city, tickets are available now for Sheffield Adventure Film Festival, 22-24 March at the Showroom Cinema. ShAFF is a headline event of the Festival of the Outdoors, a month-long celebration of Sheffield’s unique outdoor communities, promoting fun, adventure and participation.

For more information about the Sheffield Adventure Film Festival visit shaff.com.
Written by Anna Paxton // Photography by R Eavis for The Outdoor City