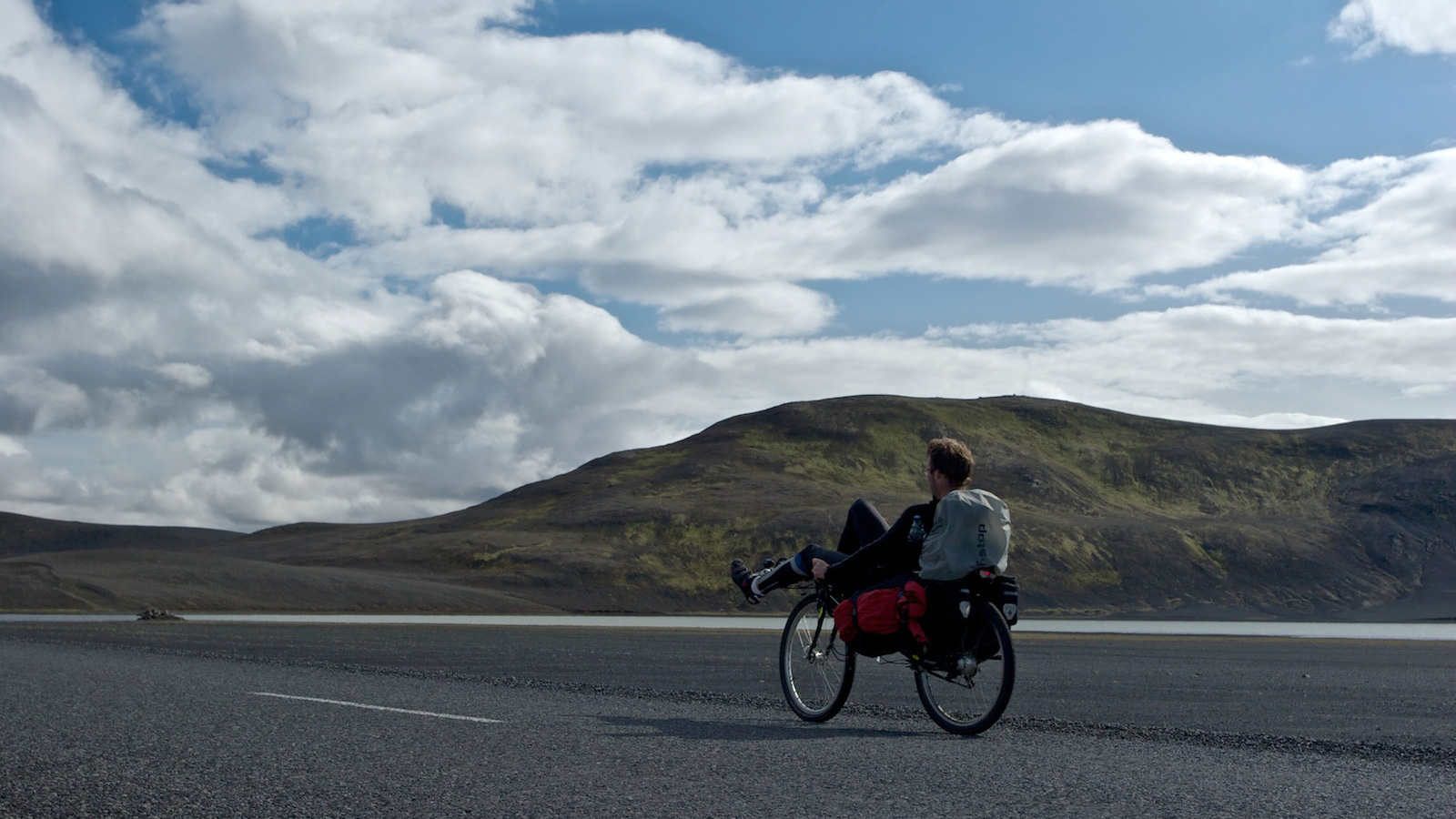 If it was easy it wouldn’t be a challenge, with these words lodged in my mind I continued riding along the F208 in Iceland’s interior. The surface of volcanic ash combined with ruts in the trail created by other traffic make it sometimes hard to keep my bike on one side of the trail. I’m amazed about the buses that drive on this trail, they look like touring cars that weren’t made to be working in these conditions yet are barrelling down the road.

It was my fifth day on the road since arriving in Iceland, the rain made way for the sun and it was turning into a gorgeous day. It almost felt like summer, about time to switch my cycling tights for a pair of shorts. When I stopped with that intention, it immediately didn’t feel like weather for shorts, just a tad too cold standing still.

Riding into the Icelandic highlands the landscape changes dramatically compared to the coast. Green fields make way for volcanic sand, and paved roads become trails.  The bleakness of the landscape quickly becomes apparent, and there is almost nothing around lake Hrauneyjálon except a few mountains in the distance.

The road gradually steepend and I was soon faced with a pretty nasty climb. Due to the soil my back wheel kept spinning. Pushing the bike, loaded with about 20kg of gear, was the only option to get up this hill. It would not be the last time I had to push my bike on the Icelandic roads. People in cars pass me by, all waving, smiling, and/or taking photos of me pushing… that doesn’t help. OK, I shouldn’t have come to Iceland if I didn’t want to encounter these challenges.

All along the way I was amazed by the scenery, at times there was absolutely no trace of people (except for the road itself), just the beautifully coloured rhyolite mountains. The black ash, reddish mountains and green moss combine to create a vivid canvas, making it a special place in my memory.

All along the way I was amazed by the scenery, at times there was absolutely no trace of people, just the beautifully coloured rhyolite mountains. The black ash, reddish mountains and green moss combine to create a vivid canvas, making it a special place in my memory. 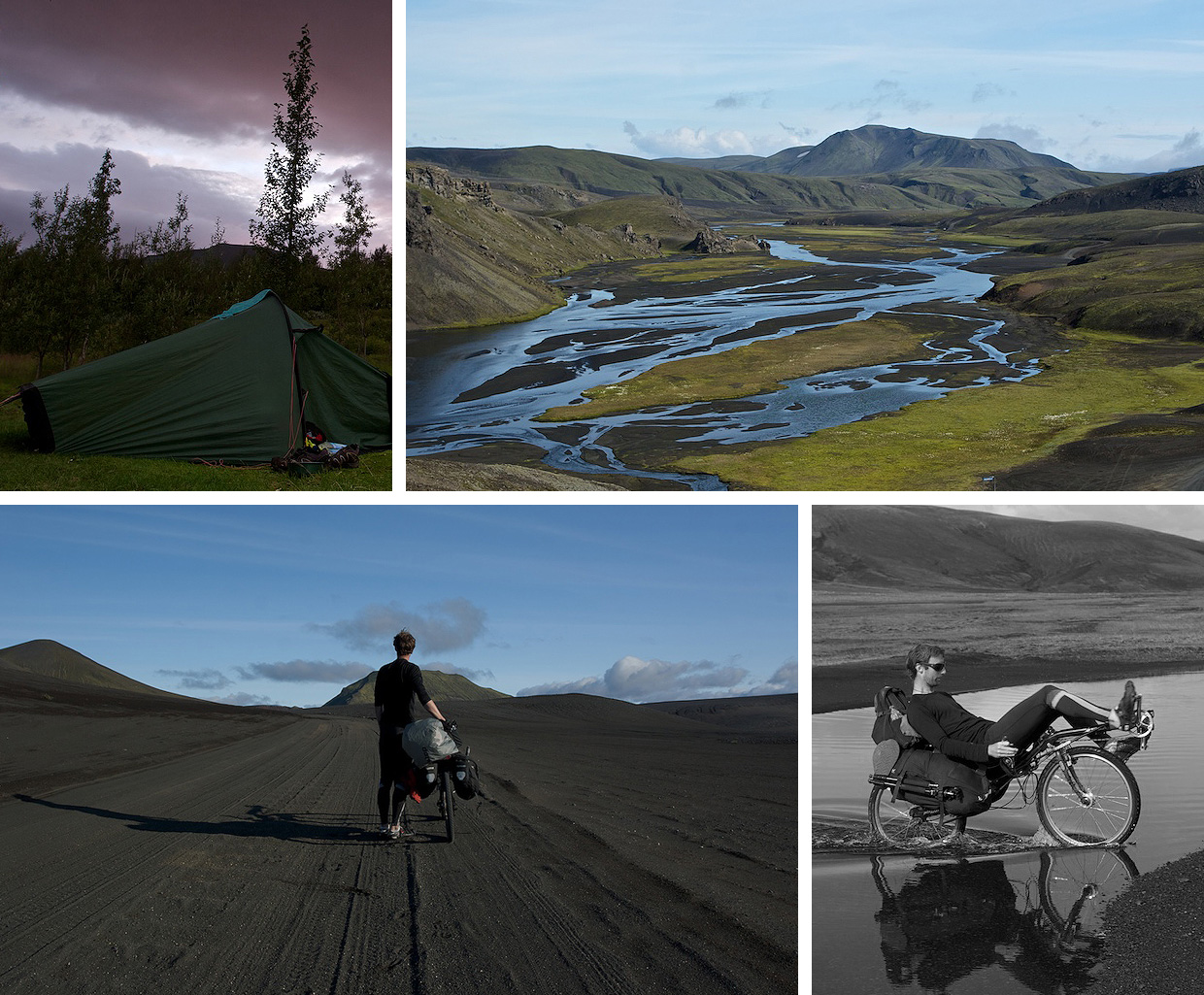 Landmannalaugar remains a special place, one that I will come back to when I have the chance again. I spent a lot of time relaxing in the hot pool, and in the end I had to drag myself away and get cycling again to discover more of this incredible country.

There is no way you could miss the wall of solidified lava and the campsite alongside when you arrive at Landmannalaugar (English translation: people’s pool). However, there was just one thing stopping me, a large ford that had to be crossed somehow. A superjeep of the Icelandic Mountain Rescue Services was just crossing the ford when I rolled up to it. It stopped and the driver rolled down his window and asked whether I needed help on my bike to cross the ford. A kind offer, but I graciously declined, due to the availability of a footbridge further upstream. With a huge smile they continued their way through the water.

One of the main attractions of this campsite is the hot pool, just at the edge of the lava wall. Scolding hot water from under the lava is mixed with the cooler water from a nearby stream, which creates a really nice pool to relax in after having spent a whole day on the bike.

Landmannalaugar remains a special place, one that I will come back to when I have the chance again. I spent a lot of time relaxing in the hot pool, and in the end I had to drag myself away and get cycling again to discover more of this incredible country.

The road continued southbound from Landmannalaugar, and the campsite wardens had warned me that it might be quite a challenge. Luckily for me, the weather continued hold and I set off in the morning without any wind or rain. I wasn’t too worried about what I had to face, and all in all, the road goes down from 600m above to sea level. In an Icelandic fashion that drop means that there are still quite a few steep climbs in between, as this land  is almost never flat.

The road negotiates its way between a few mountains and lakes at the start, after which I reached my first challenge – a huge, deep ford. No way around this one, and I spent a few minutes figuring out how and where to cross. With flip flops on my feet I decide to cross just a few meters of to the side from the tire tracks of larger vehicles, and the water is soon more than ankle-deep and freezing cold.

That was the first of many  similar stream crossings that had to be done that day, and I stopped counting in the end. Some streams could be cycled through, and others I had to cross again on flip flops. Some streams looked like they could be crossed easily, yet I did get stuck right in the middle of the river. In the end my feet and cycling shoes were soaked. After having spent over 6 hours on and off my bike, I had barely done 40 kilometers when I reached the very basic campground at Hólaskjól. 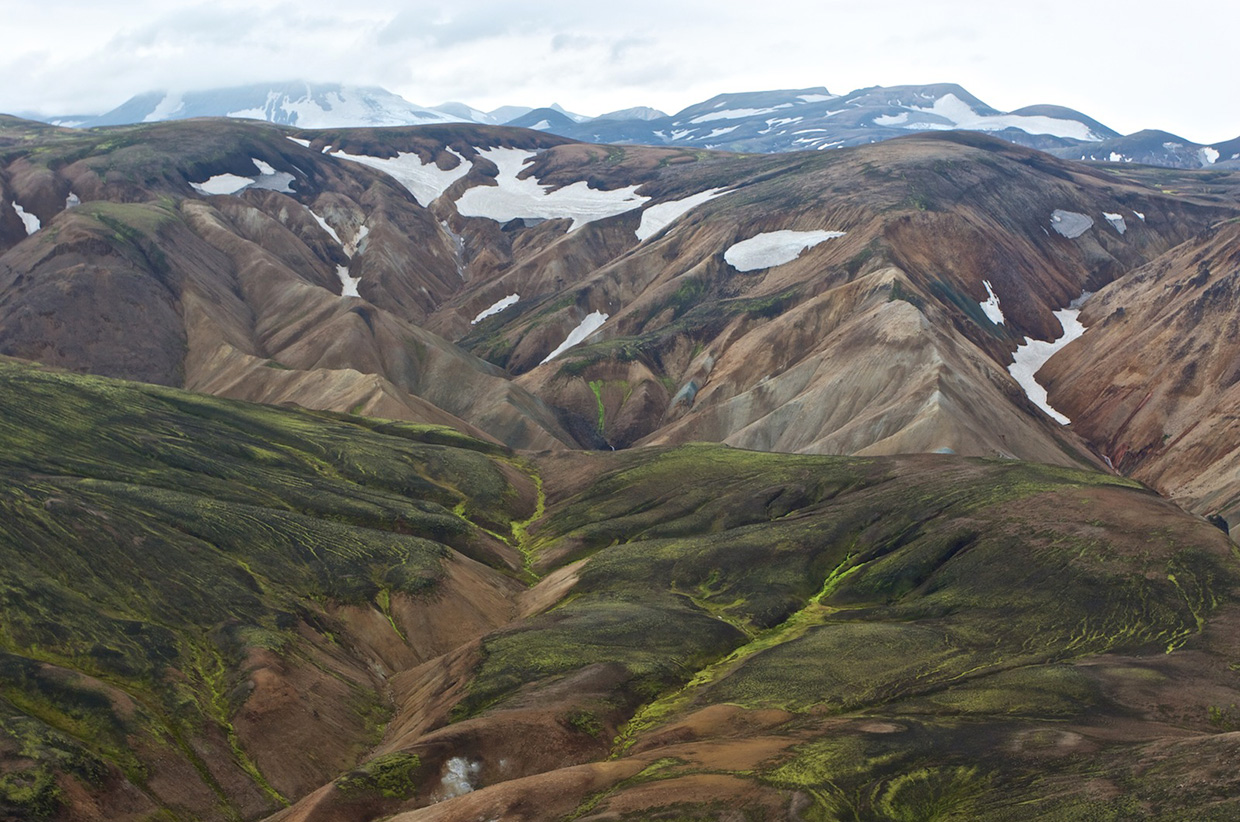 A biting wind funnelled over the mountain pass, barrelling its way right into the three of us, alone once more. I sat hunched, hiding

I arrived completely soaked and cold at the coffee shop at the edge of the Jökulsárlon glacier lagoon. I was desperate for a warming coffee and enquired about pitching my tent. Thankfully, the owner’s we’re feeling kind and let me pitch it behind the shed.

It doesn’t take long to pitch my tent, yet it does require a few rocks on the tent pegs and guy lines to keep it from blowing away in the strong wind. My bike acts as a windbreaker with the large recumbent seat, it takes a bit of strain away from the tent. It appears that my panniers are not that waterproof any more, my sleeping bag is soaked at the feet end. I let it dry up inside the tent and head back into the local shop for another cup of coffee.

The views of the lagoon are really amazing, and I stood bewildered at the actual blue colour of some icebergs. The grey skies act as a splendid backdrop for the icebergs floating in the lagoon. It is quite clear that this is a popular area, and speaking with a local tourist guide this becomes even more apparent. Her tour group just spent 4 hours in a bus from Reykjavik to get here, and in about an hour they are driving back again, with only a few toilet stops along the way. I’m thankful of my own unique and personal journey.

Almost week later I find myself again at Jökulsárlon for the yearly fireworks, arranged by the Mountain Rescue Services. This is a yearly event to celebrate the end of summer, and to provide funding for the rescue services by asking an entry fee.

The fireworks are stacked in small cardboard boxes on the water’s edge, and are being ferried by the rescue service men and women to the icebergs. During the event the small zodiacs keep going round, and I notice that all fireworks are lit by hand from someone in the front of the zodiacs.  The bright explosions over the ice and water create spectacular views and we all watch, mesmerised, on the shore.

Iceland has made its way into my heart, and I will definitely come back another time to discover more of this amazing country.

Born in the Netherlands, it is no coincidence that Eddo Kloosterman (29) is a big fan of bicycles. A long-time recumbent cyclist, he has done quite a few bicycle tours as holiday, including a two-month tour in New Zealand. As a way to document these trips he started to use a photo camera, showing his vision of traveling through rugged landscapes.

Mile…Mile & A Half Rowing For Freedom 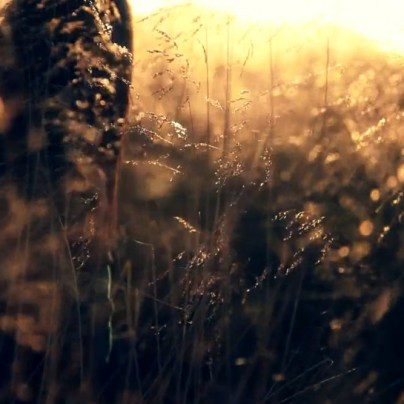