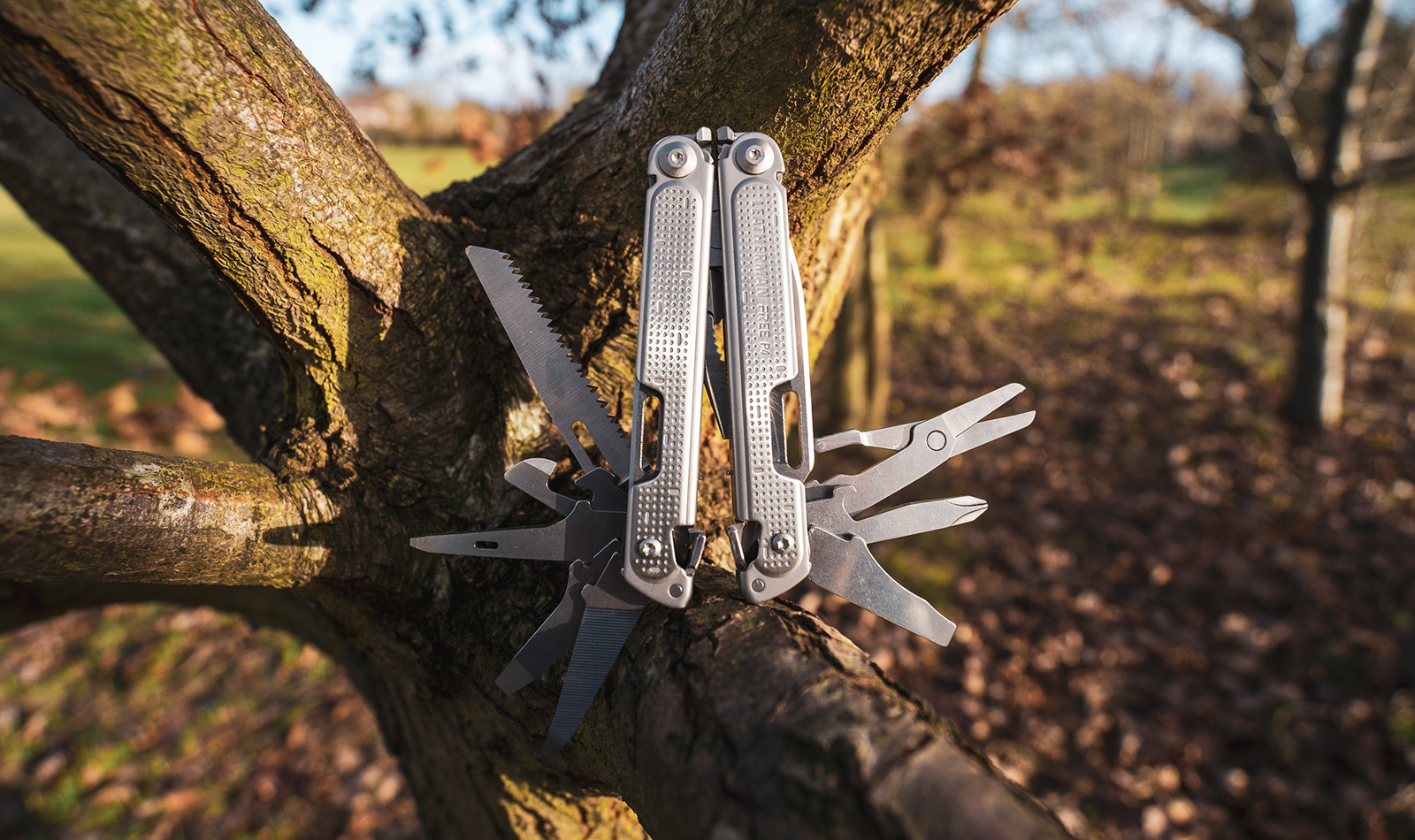 Stories behind the gear – The Leatherman FREE™ Series
John Summerton

‘There’s a fine line between perseverance and failure to accept reality.’
– Tim Leatherman

I’m sipping a Wanderlust IPA at the Breakside Brewery, Northeast Portland, with Adam Lazenby. Adam is the Design Engineer at nearby Leatherman HQ, and he’s recounting a tale of building his first sit-back recumbent bike, perhaps aptly named Eneptitude (note the ironic spelling). As a dedicated cyclist and bike commuter, Adam was frustrated by the prevailing, and sometimes torturous, headwinds that he regularly encountered on his route to work. One day, while staring up at the ceiling of his houseboat (where inspiration is, apparently, often found) he decided to build a recumbent bike to reduce wind resistance.

Starting with a $40 box of random old bike parts and a newly purchased TIG welder, he set up a workshop in the garage of his mate Matt Brown, fellow design engineer, and attempted to build the bike from scratch. The result? Nothing short of a death trap with sketchy welding, random geometry, and steering directly connected to the chainset mechanism (not wise). After two aborted commutes, Adam ‘decommissioned’ it for a simple reason – he wanted to survive. ‘So you just bought one, right?’ I ask. ‘No way,’ he laughs. ‘Eneptitude version two is already underway, and I’m sure there’ll be a version three, four, and maybe five before I’m successful.’

It’s a story that epitomises the way Adam and the rest of the designers and engineers on the FREE™ Series of Leatherman multitools think. It also demonstrates why the Leatherman is such an impressive product in both design and build. 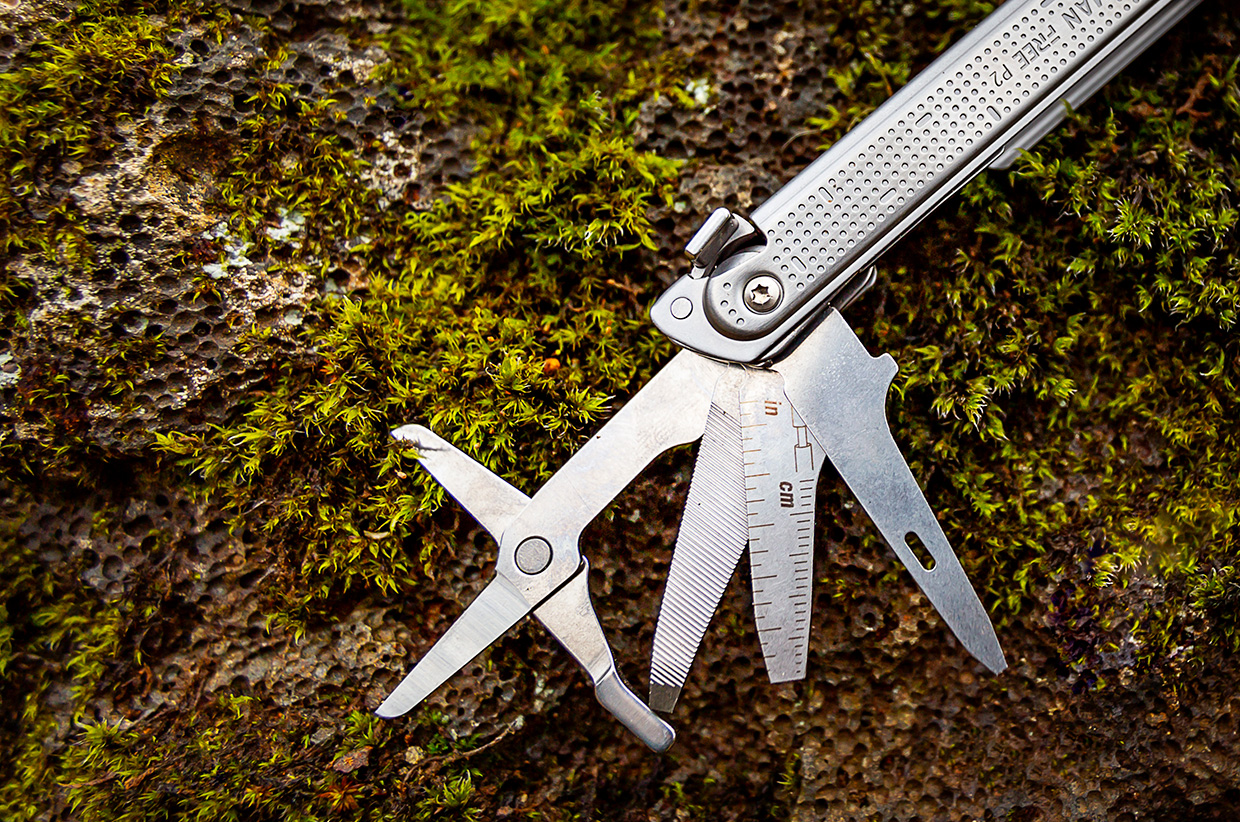 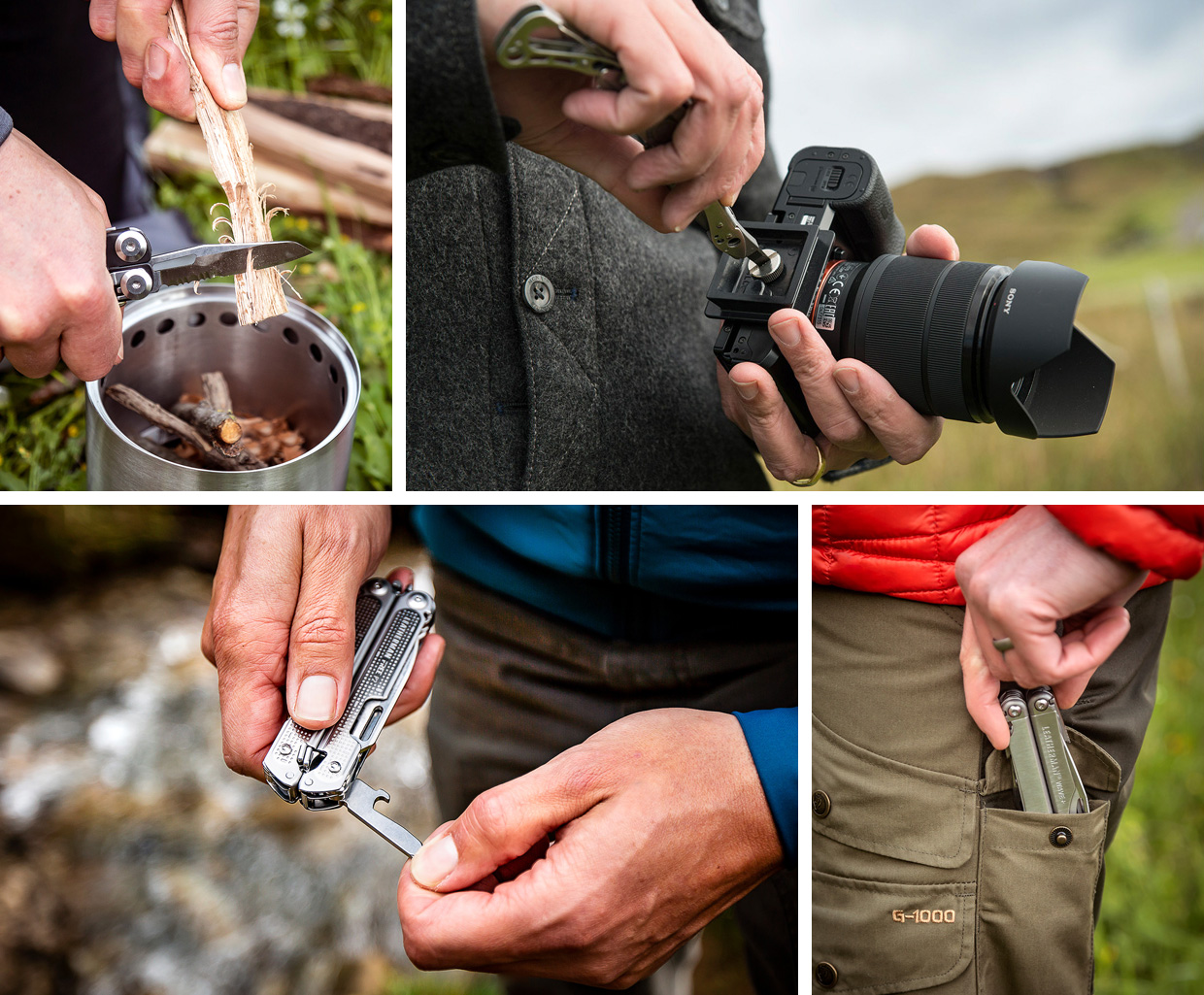 Earlier in the day, I met with Tim Leatherman, the inventor of the original American multitool. Tim is a humble and naturally witty character, always with a hilarious anecdote to tell. We take a seat in a plush Portland meeting room, and Tim talks me through his own story of creating the very first multitool.

In 1975, Tim was travelling through Europe in a Fiat 500, a car that was liable to break down. A lot. Tim became adept at roadside maintenance but realised he needed more than a simple pocket knife to do it. And it was with his head under the bonnet that he came up with the idea of creating a scout knife combined with a pair of pliers. The prototype was three years in the making, and it would be another five years before Tim and his business partner Steve Berliner could take the first Leatherman PST (Pocket Survival Tool) to market. 35 years on and the company now has a range of around 20 variants and sells more than two million tools worldwide per year. All of them are manufactured in Portland using US steel, and a 25-year guarantee backs every device. These things are built to last.

Leatherman has become synonymous with producing high-quality products, and Tim himself has gained almost rock-star status (or whatever the inventor’s equivalent of it is). The brand draws devotion and respect from its customers. Owning a Leatherman has become a rite of passage for most adventurers and explorers, and many can cite their own stories of how it got them out of tricky situations, from lifesaving in-the-field emergency surgery to lifting the hot pan off the fire. A browse through Leatherman’s website displays more than 4,500 #tooltales where people have sent in their Leatherman stories, from the bizarre to the extreme (really bizarre and really extreme if you want to lose an hour there). Put simply, this brand of multitool forms a critical part of most people’s kit list.

Since the beginning, Leatherman has continually innovated and evolved, explored and pushed the boundaries through its product range. There is no compromise when it comes to time or cost involved, and this is proven with the new FREE™ Series, a product range that’s been five years in the making.

The FREE™ Series is a ‘platform’ rather than an individual tool. Its base is a chassis from which the tool variants within the series are then built upon. It’s an engineering triumph. In creating the new range, the company has had to take its precision manufacturing to the next level. They had to redefine everything from the design process through to factory processes and machinery. This was, in short, a big job. 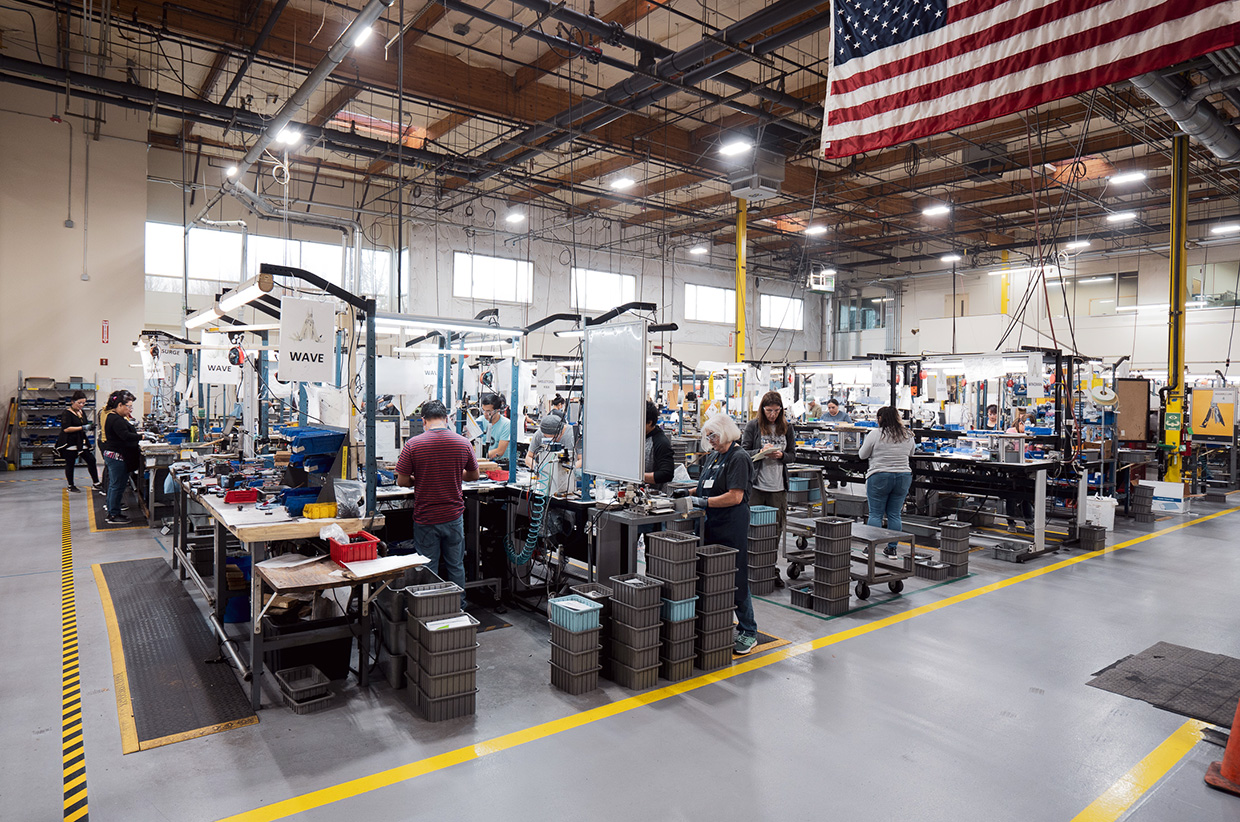 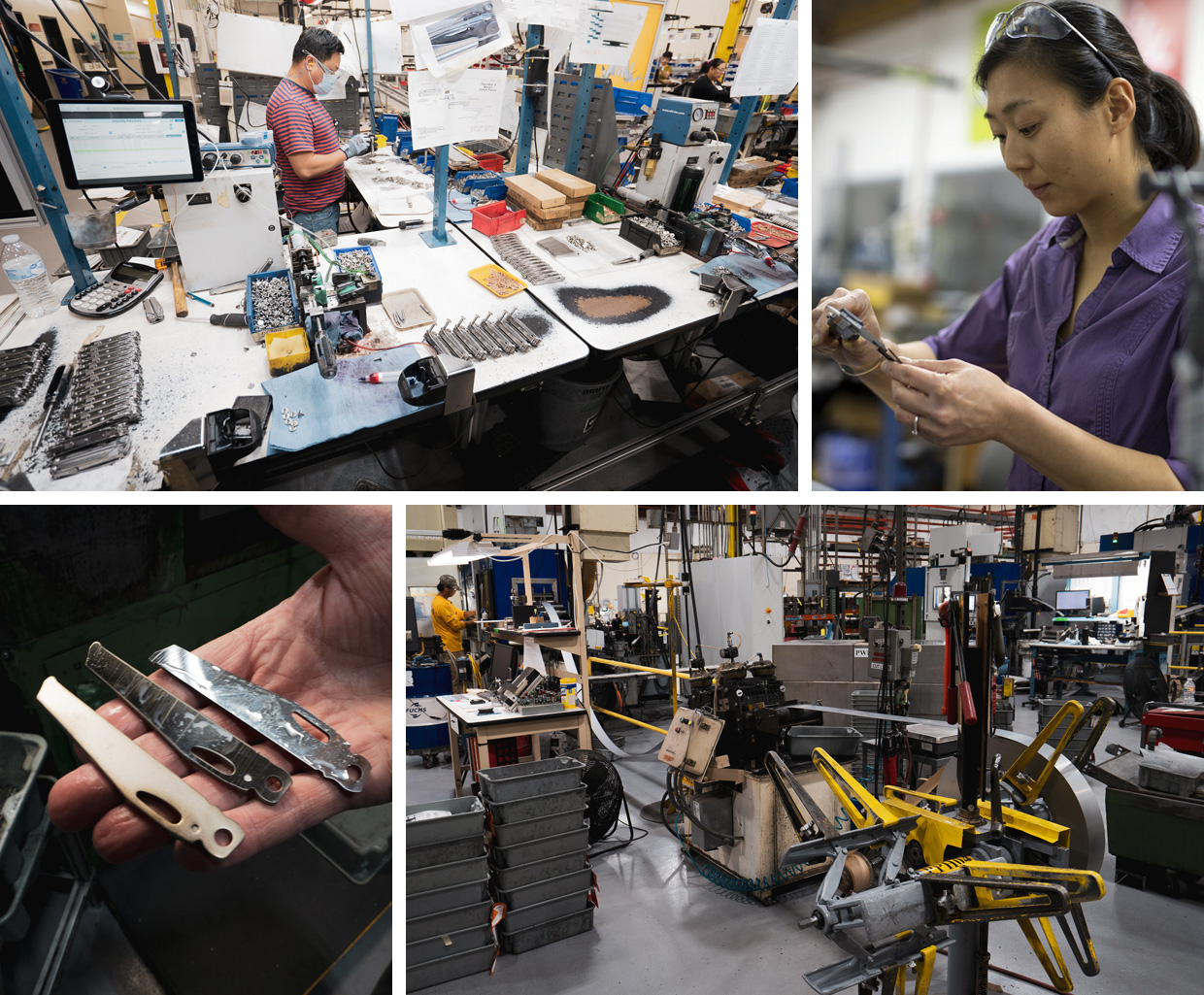 A look inside the Leatherman Factory. Photos: John Summerton and Leatherman (photo 3)

At first glance, the FREE™ P4 looks remarkably similar to the Wave (the best-selling Leatherman that’s been around in various guises since the late 1990s). But it’s not about what it does – the tool line-up is very similar to that of the Wave too – but how it does it.

‘We did not reinvent what a multitool is,’ says Adam. ‘It’s effectively the same thing. For all the reasons you’d put a Wave in your pocket, you’d put a FREE™ in your pocket. However, what the new collection does do is increase the ease of use for the individual carrying the tool.’

In a ground-up redesign, the engineers made two fundamental changes. Firstly, they moved the tools to the outside of the unit rather than inside. This means that the tool system can be accessed with one hand (even with gloves on). I’ve tested this, and it works. Secondly, the team chose to replace the springs that could be prone to rust or failure with neodymium magnets. The intention was to create a product that is simple to use, but in doing so, the manufacturing process became incredibly complex and needed a serious rethink.

When doing the maths on the early designs, things just wouldn’t work. The polarisation of the magnets caused major problems with balancing the magnetic attraction on the tools; the factory couldn’t cope with the tolerances of milling and finishing to produce the required effect without introducing washers and spacers – a definite shortcut and design fail, and not a viable option for the team. The key was to create a product with zero play and ‘epic haptics’ as Adam puts it (the movements are dynamic and responsive and snap into place with good feedback to the user). And so, after five years and many many iterations and prototypes, the Leatherman Free™ Multitool was released.

The resulting design is elegant, stylish, and logical, with every element considered and designed for purpose. It screams of quality, and the haptics are indeed epic. I guarantee you’ll find yourself idly opening and closing tools and blades, like a fidget spinner for outdoor types. There are no shortcuts. As Peter Parker, a lead design engineer puts it, ‘The FREE™ makes it easier to tackle those problems you’ve always been tackling with your Leatherman. But the new advancement saves steps, saves time, and potentially saves lives.’

For more information on the Leatherman FREE™ Series visit leatherman.co.uk and follow them on Instagram @leathermanuk // @leathermantools

Written by John Summerton. Disclosure: John’s travel and accommodation costs were covered by Leatherman. The company has had no input into this editorial feature.

Rolling the Dice My Grandmother’s Table 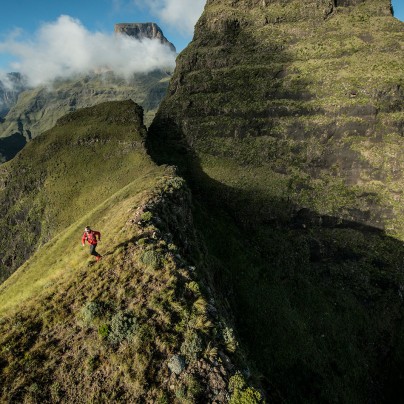 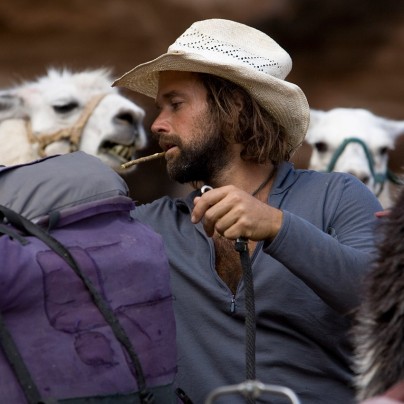 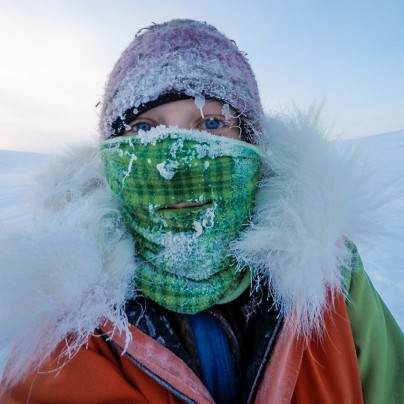