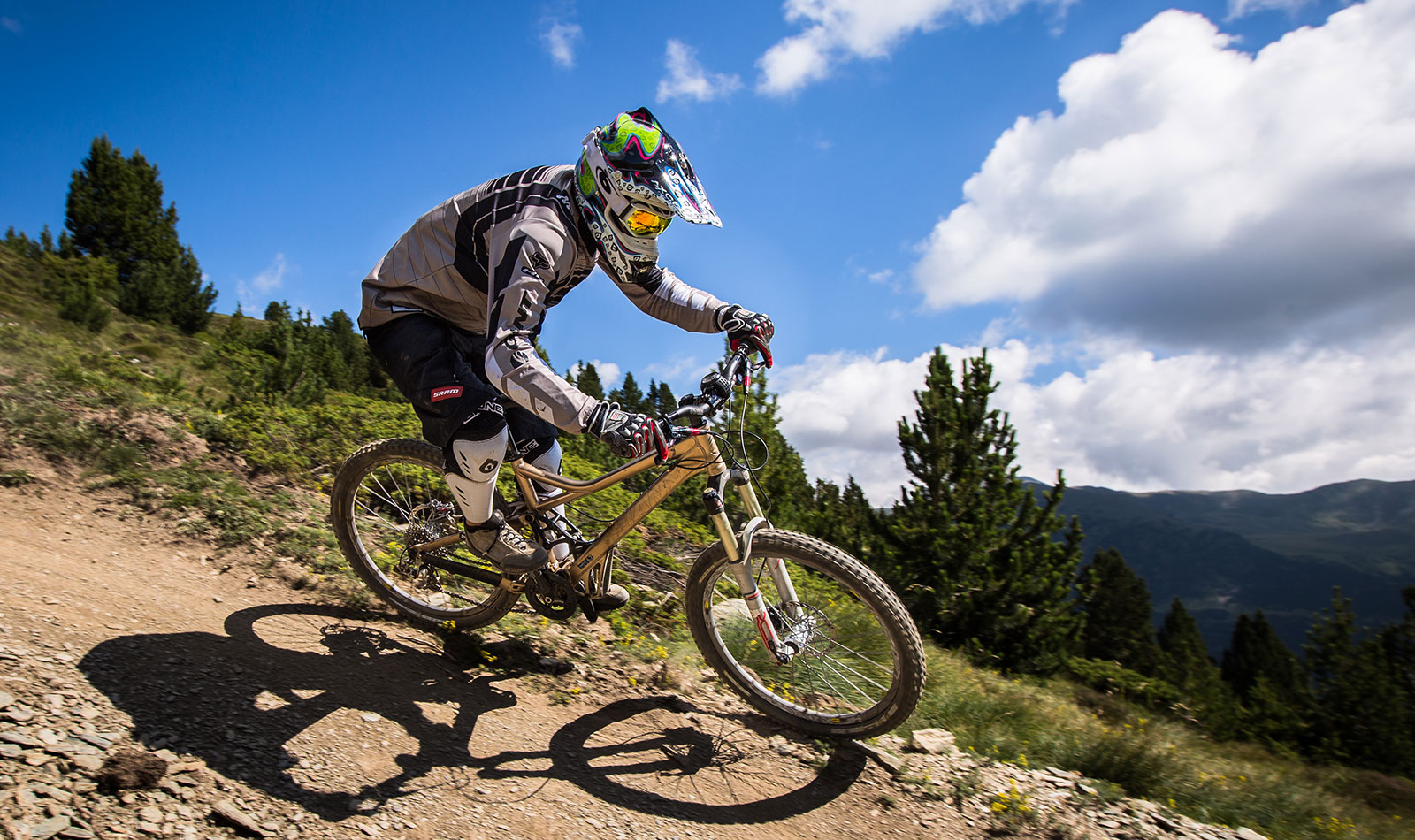 An Interview with Manuel Bustelo

Growing up in Mendoza, Argentina gave Manuel ‘Manu’ Bustelo the perfect introduction to adventure. As a teenager, he began mountain biking and climbing and, after attending a seminar delivered by Belgian explorer Alain Hubert, the nucleus of a plan to work with sponsors for No Bikes Land, a mountain bike descent of three volcanoes, was born.

“It took 21 days to film the descents during the second expedition” explains Manu. “I had to go up and down several times as we had to cover a few areas. The filming took place over various stages – base camp, camp one and then on to camp two and the summit. We spend days walking up and back down but this procedure worked well and helped us acclimatise to the mountains.”

“Two or three days before we reached the top of the Inchausi volcano, which was a 6,671m mountain, it snowed a lot so the summit was packed with powder snow. The downhill from the summit was almost impossible. I had to ride down for 300 or 400 metres then I had to walk down with the bike and continue to ride down where the snow wasn’t as deep. What must also be taken into account is the fact that from the last camp to the summit you have 1000 metres or more to climb, which means you will have 1000 metres or more to ride downhill on top of the remaining distance to Base Camp. In Pissis, a 6883 meters volcano, we took a different downhill route than the one we used to go up to the summit. Therefore the whole downhill from 6,500 metres all the way down to base camp at 4,200 metres was in one push, and in one day, and it was all on a different route from the one we followed to the summit. So that was great but it meant a tremendous work finding the right downhill line through an unknown route.”

Training for an expedition like this is tough but not extreme. Manu can often be found climbing mountains, running and cycling so the training was no hardship for him. It was tough on the support crew, however, having to carry their own gear as well as the additional support gear. “The men and women behind the scenes are often the unsung heroes of an expedition,” explains Manu. “We work as a team and without them there’d be no photography, no film and probably no expedition!”

“The men and women behind the scenes are often the unsung heroes of an expedition,” explains Manu. “We work as a team and without them there’d be no photography, no film and probably no expedition!” 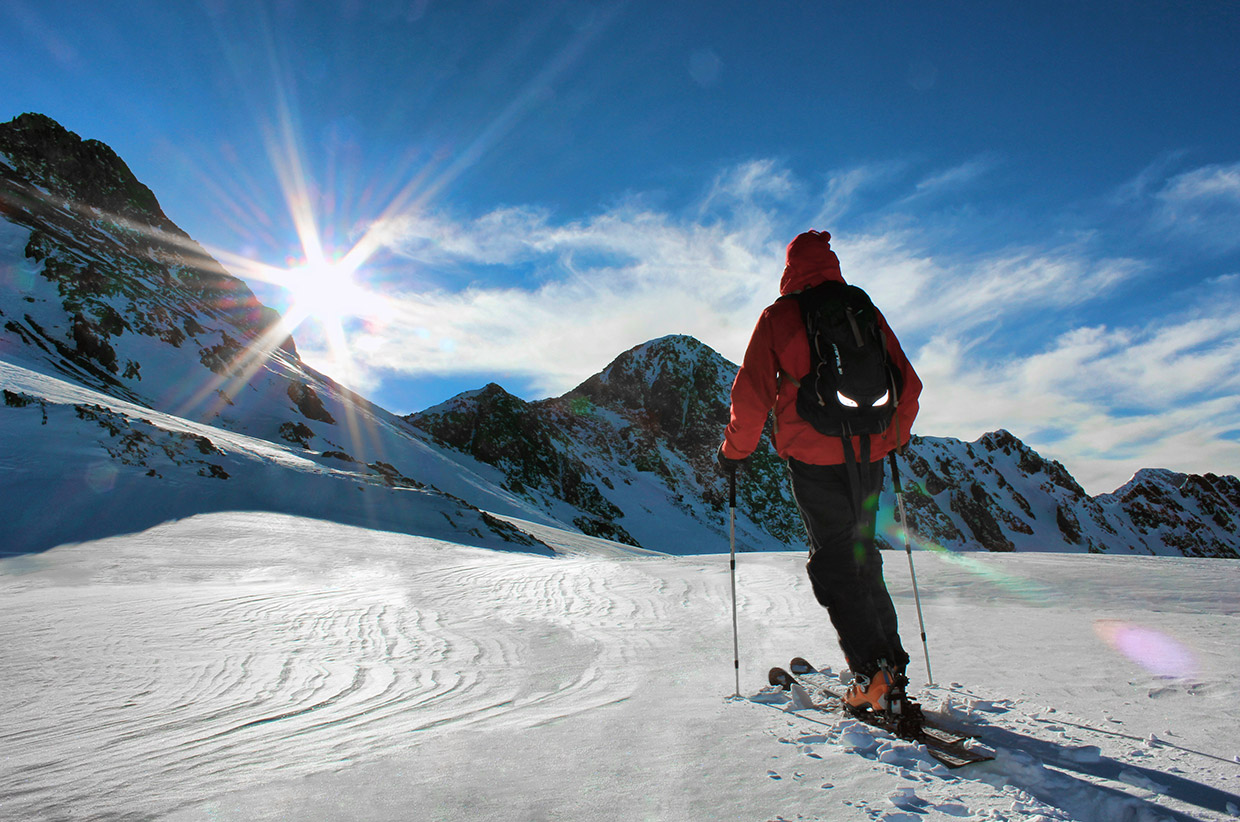 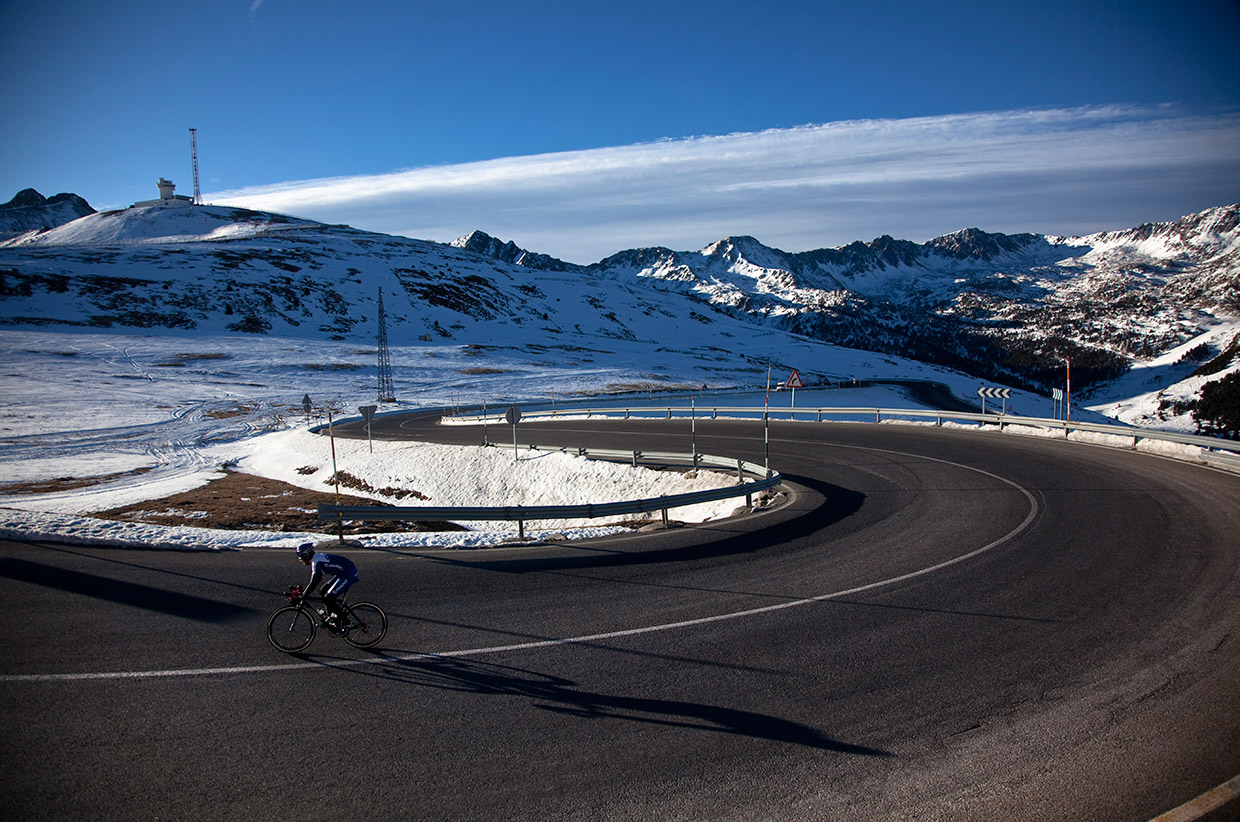 I thought that climbing high mountains and cycling through wild corners of the world was enough to discover the world from a different perspective. But I was missing something – our underwater ecosystem – which is a huge percentage of our planet. I needed to also understand what was going on in the oceans to really grasp the whole nature notion in my mind and the physiological polars between them.

More recently Manu has moved to Andorra and focuses his life on sport, adventure and the environment. “I often have people saying ‘Oh, what a wonderful life you lead’, but there are always ups and downs, positives and negatives in everything you do in life. It’s all a matter of finding the balance. I don’t have any difference between weekends and weekdays. If I have to be working or training, I often do it at anytime, any day of the week. It’s sometimes hard to manage but this is the path I have chosen and I’m very happy with it. I always say that sport took me to adventure and adventure took me to conservation.”

“I’m a very passionate person, and there are many things in life that I feel very passionate about. Sport is one of them. I practiced mountaineering because it was natural for me – and it helped living next door to the Andes! It was also natural for me to go mountain biking because I had excellent singletrack in the Andes to practice and have fun on. I took the time to get an education; I finished high school, and then got a university degree. Then I came to Europe. These sports eventually led to adventure, and those adventures brought the sponsors. In turn, the sponsors brought a lot of new ideas and a lot of new projects.”

Manu is not a man to sit idle and always looks to expand his adventure portfolio. “If I look back over the last ten years I’ve been doing one project after another for all that time. I eventually added scuba diving to my work because when I was in Central America competing in mountain bike endurance races I met some friends who suggested that I give it a go – especially as I like all these other adventure sports. I asked where should I go to try. They said the Bay Islands in Honduras and so off I went! I arrived in the Bay Islands, found my way to the nearest dive centre and simply said ‘hi guys I want to scuba dive’. They said fine, do you have any license to scuba dive or have you taken any courses?” Manu hadn’t, so he stayed and learned. He realised quickly how much he had been missing.

“I thought that climbing high mountains and cycling through wild corners of the world was enough to discover the world from a different perspective. But I was missing something – our underwater ecosystem – which is a huge percentage of our planet. I needed to also understand what was going on in the oceans to really grasp the whole nature notion in my mind and the physiological polars between them. At the end of the day it’s all about pressure. Lack of pressure in the mountain, increase of pressure in the water.” 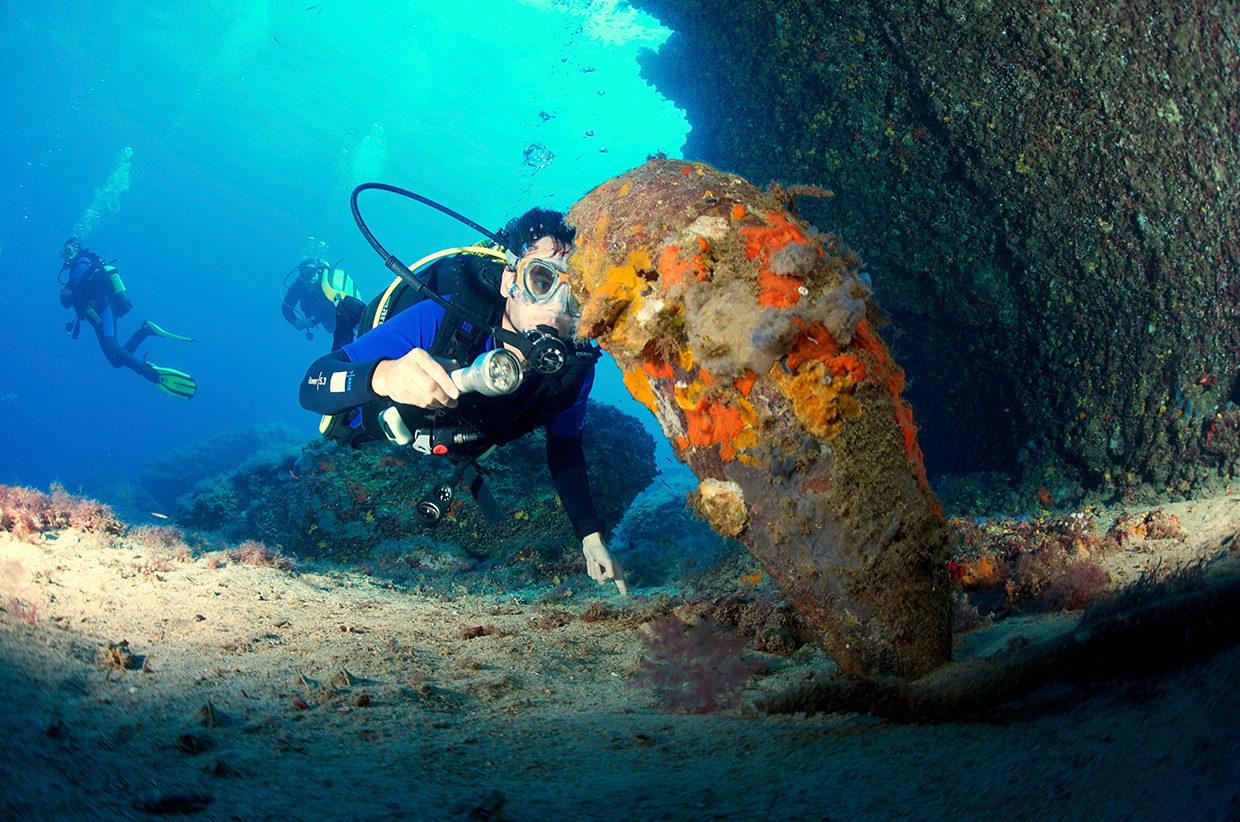 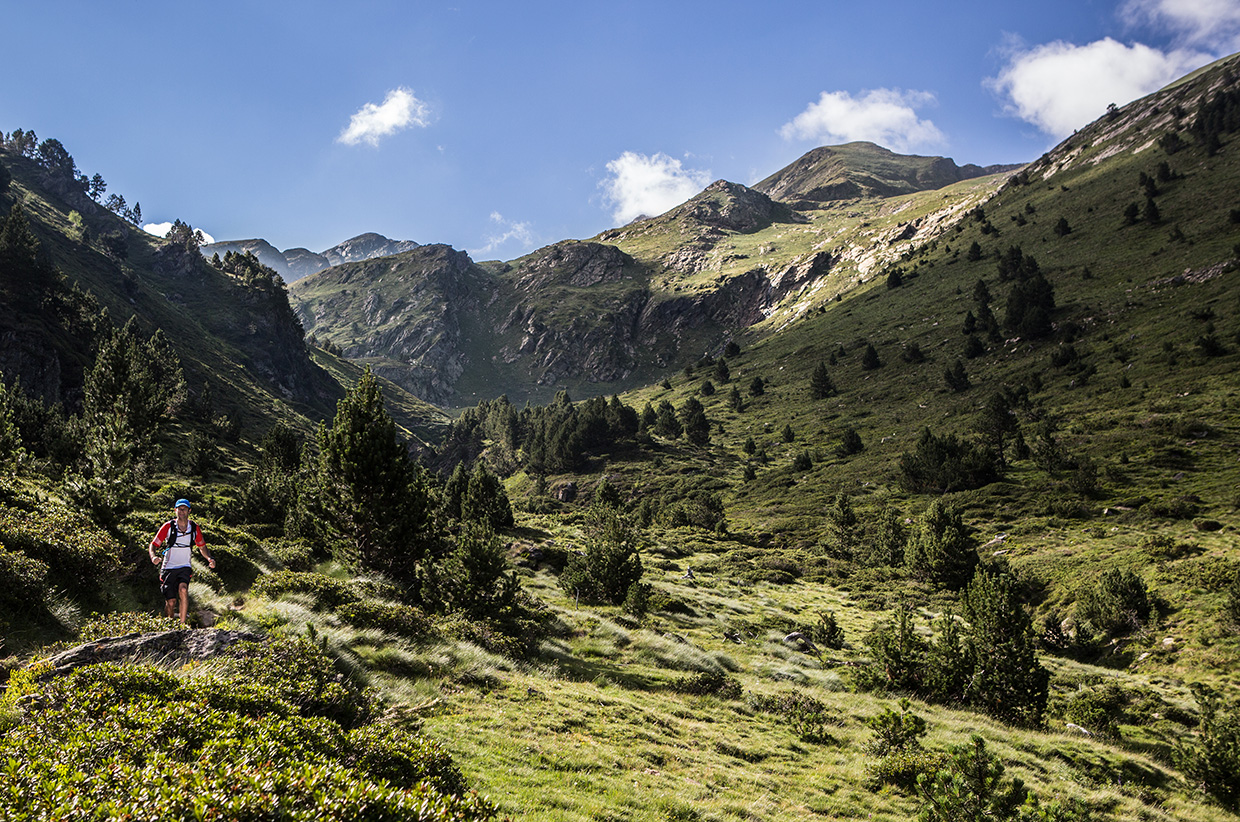 For Manu, it doesn’t stop there and he aims to become a professional adventurer. This isn’t just for selfish reasons, which he fully accepts is a part of the plan as this will allow him to travel and pursue his passions, but also because of the relationship between adventure and conservation. “I think that every single individual nowadays has more and more reasons to become socially responsible. There are so many problems in the world nowadays, not just wars but conservation. We are exterminating species, exterminating the oceans, and polluting the atmosphere. We are doing a lot of bad things to ourselves and to the world we live in. Everyone should be more socially responsible. The notion of being an adventurer is great, the more adventurers we have in the world, the more nature will be respected. By getting closer to the environment – at 3000 metres watching the sunset, or being underwater with a clownfish, seeing the difference between corals that are alive and corals that are dying., we better understand the world around us. We, as humans, need to touch or see things for ourselves otherwise we can’t fully relate to them. If you don’t see something, you don’t feel it. I think that can be extended to everything. The more people that ride bikes around the world, the more people that climb mountains, the more people that get close to nature in any form, the more advocates we have for conservation.”

Manu is a man guided by principle and, despite having huge respect for the adventure industry, he remains detached from the gimmicky side of things and never compromises or tries to sell himself as a specific brand. His aim in life is clear – to provoke people to become more socially responsible and to live life to the full. When asked for his words of wisdom, Manu’s response is instant:

The Andorra photography was shot by Chris Davies. From a base in Worcestershire, UK, Chris specialises in Travel and Adventure Sports Photography. A keen mountain biker and skier Chris never turns down the opportunity to explore somewhere new. 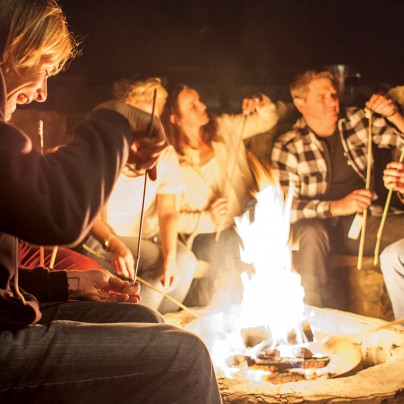 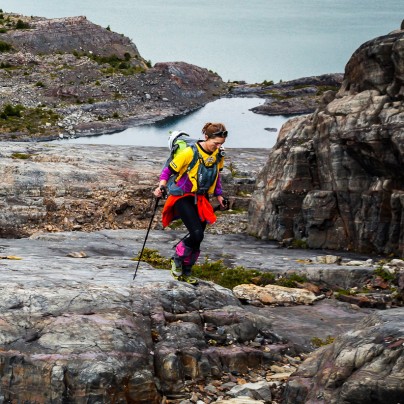 Adventure At The End Of The World Andrew Mazibrada 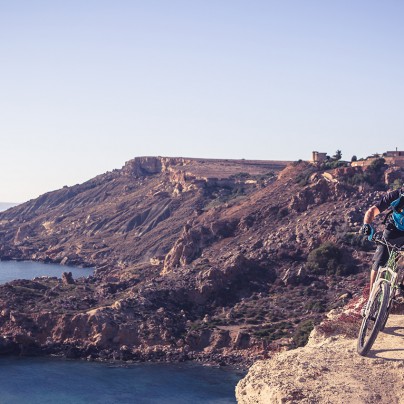