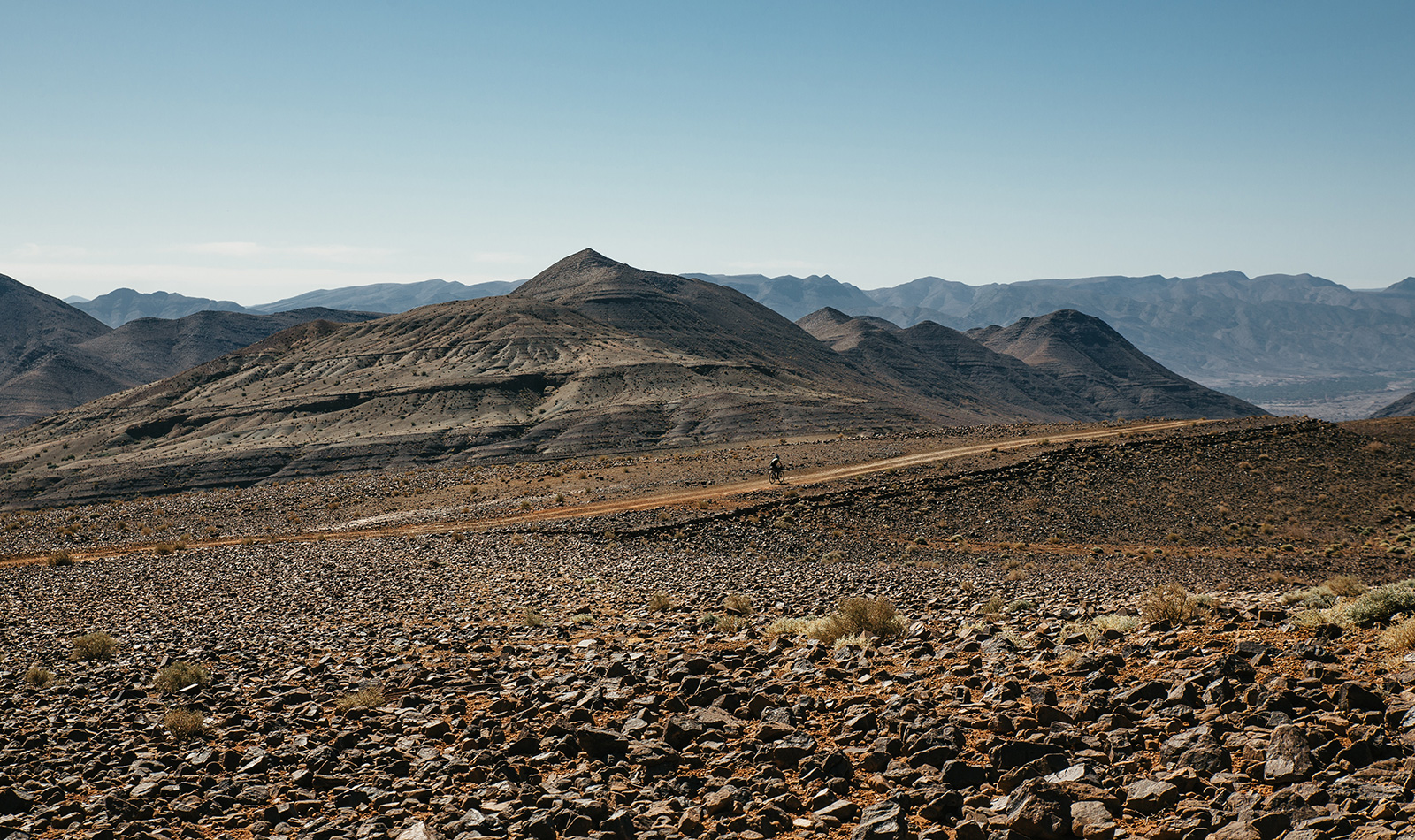 My tyres trundle over the red, rocky ground, rubber on rock the only discernible noise in the stifling air. The sun bakes the dry earth as I climb. It’s almost as if the rays have reached down and grabbed me, head first, and are melting me down. I maintain a steady pedal, in a low gear, following the curves of this old, colonial-era gravel road that winds around the contours of these steep peaks of the Anti-Atlas. Above me I can make out the line of the road cutting across the mountain’s flank as it zigzags further skyward; and, ahead, another competitor near the top of the climb, a black dot moving across the burnt motionless scene. Watching his slow progress, I settle in to this knowledge – that I’ll be climbing this road, spinning this low gear, sun rays melting me, for hours to come.

Out of nowhere, the road ahead of me disappears. The piste suddenly drops at a cliff edge. With nothing but monochromatic red rock making up the piste, the mountains, and the rock avalanche that seems to have taken out the road here, I don’t even see the ledge until I’m nearly upon it. I’m not going fast enough to be in danger, and don’t even need brakes to avoid the plummet. I glide to a stop, unclip, and lay my bike gently on the ground while I figure out a way around. Somehow, my bike and I are going to have to crawl down that drop – and then up the other side to rejoin the road after the washout. That some natural force could have obliterated the road like this seems implausible. Now that my rolling tyres are silenced, there is nothing but stillness. Despite the violence of the destroyed road in front of me I can’t imagine a more peaceful place.

I sigh and return to the edge of the cliff to retrieve my bike, then take a deep breath and hoist my laden steed onto my shoulder. I’ve done this so much in the past three days of racing that a bruise is starting to form where I rest the bike as I clamber over unsuitable terrain – but this is probably the most extreme so far. I carefully clamber down, into what must have once been a river, and mourn the fact that there is not a drop of water to be seen in the land. I gaze up at the vertical opposite side, which I need to scale to rejoin the road, and shout back to Will – the racer behind me who has just arrived to negotiate this washout as well – a joke about setting up the belay. It seems impossible, even without a bike, but I saw that other racer near the top, so I know it is possible – and, to the point, it’s a race. I need to figure it out. Quickly. I kneel down into a lunge under my bike, balance it across the broad of my back, and muster the strength to lift the whole thing up and charge my way up the steep bank. I’m gasping for breath at the top so I snap a few pictures of Will instead of hopping straight back on the bike.

We do this four more times on the way to the top of this forgotten piste – a favourite segment, taking me all afternoon, of this intrepid race course. 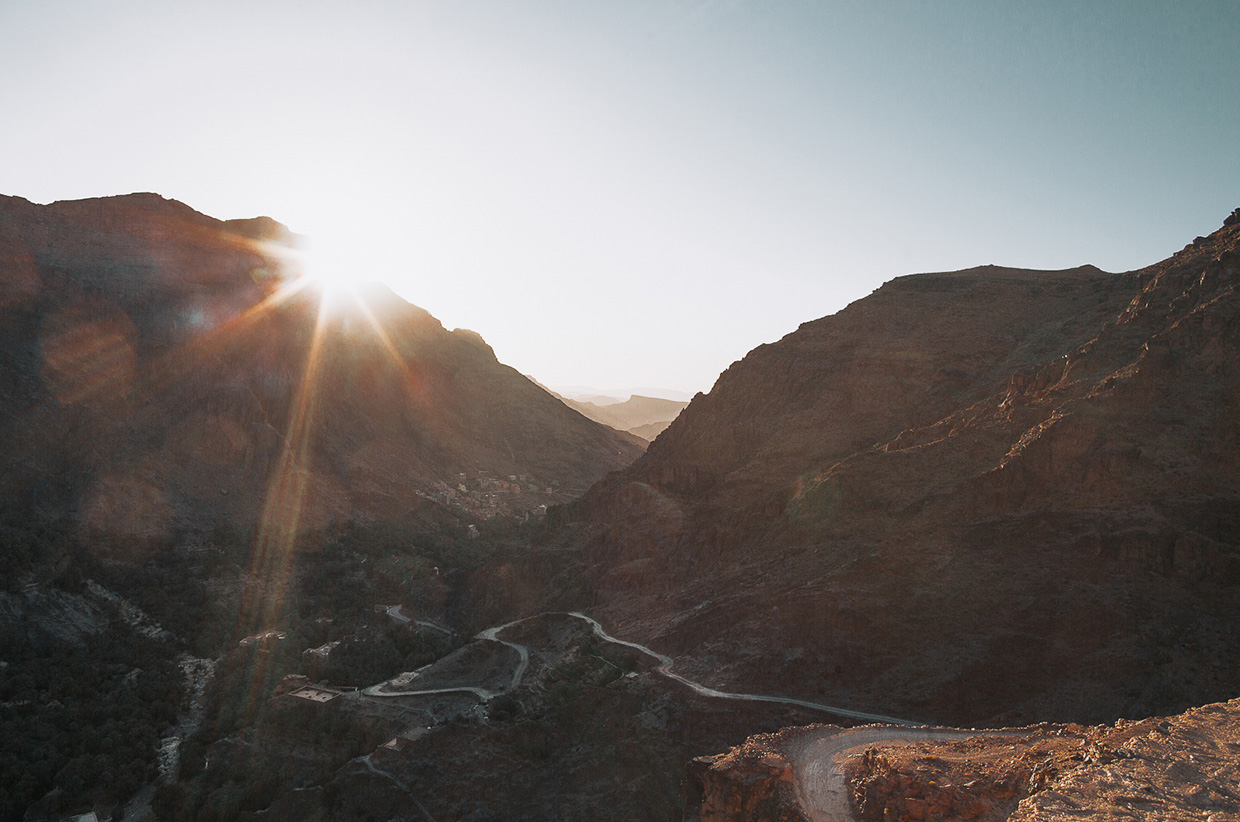 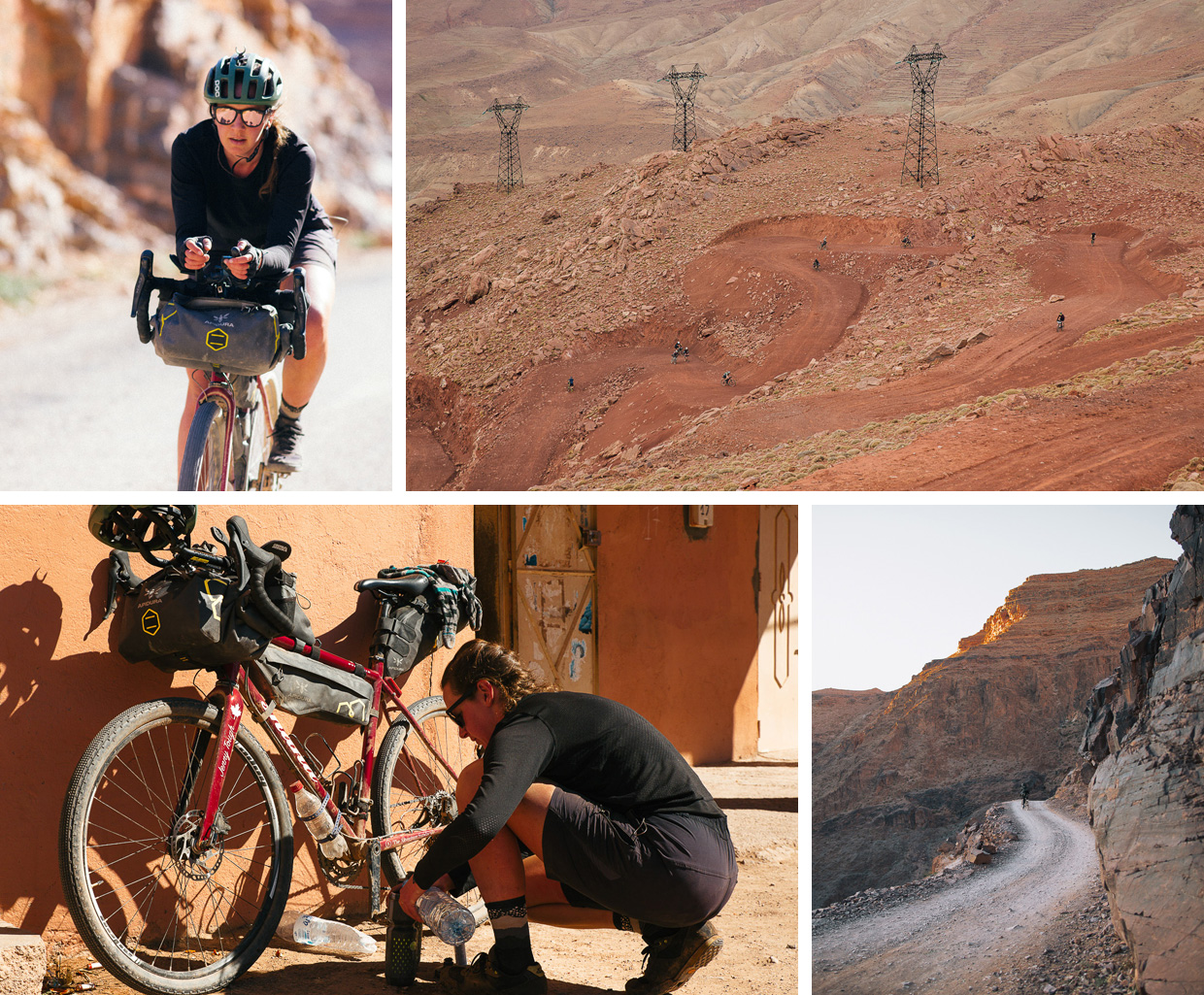 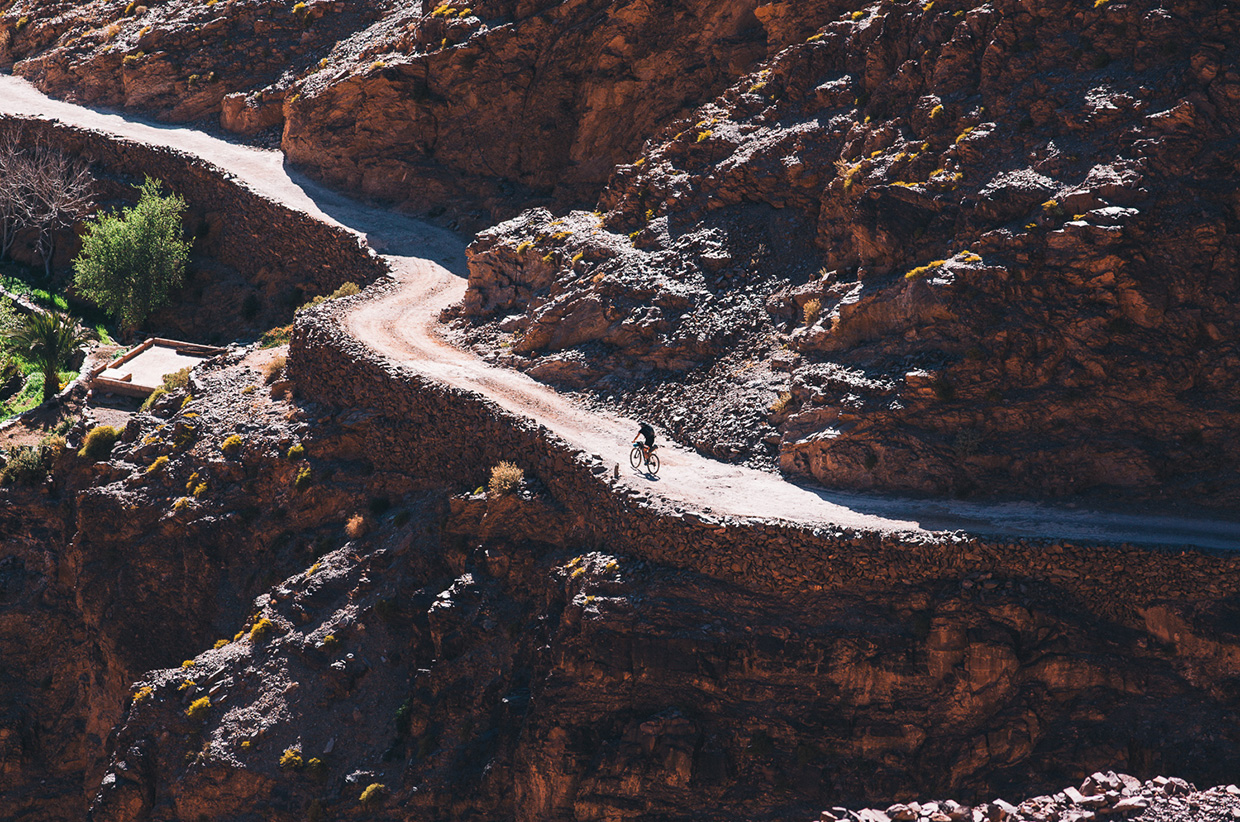 A rose sunset greets me at the top of the climb. The dry earth that had felt so hostile just hours before glows warm as the sky cools, and I’m grateful for the slight drop in temperature. My head can stop spinning now. Four days of riding under this sun, with only a few short hours of rest every night, are taking their toll on me physically. I roll through the meandering piste, curving gently with the hilltops, enjoying the view just before darkness envelopes me and closes in my world to another night ride. My torch illuminates only a few metres ahead. This is all I will see of the Atlas for the next 10 hours.

Far behind schedule, I reach the top of the descent that will take me to the next known resupply. The race course is a routine of long, remote sections where we ride the gauntlet between essential resupply towns – usually the only hope of finding calories and, crucially, water. Knowing I’m close to the next one, I take a generous drink from my dusty bottle while I fumble in my bag for my phone.

As a strategy to stay focused, I haven’t been using my phone at all, but under the starry sky at the top of the descent to Issafen I break that habit. Knowing I will arrive in a town after dark makes me nervous – normally I would ride through silently, relying on my bright headlight to disguise my gender so I can pass through without incident, but I need to get supplies in this town before the next long stretch. With few female riders in the race at all, some are reporting issues that range from annoying to terrifying. My exhausted brain is running wild with fear. All of the bikes in the race are equipped with SPOT trackers so virtual spectators can watch the race online, and I check the website now to see if the male riders who passed me on the colonial piste are still hanging out in town. If they’re still there, I’ll be fine sitting with them. As I peer at my phone I realise that, thankfully, a cluster of them seem to still be in a café, so I just need to get down the singletrack descent in the dark before they leave. I notice a message from one of them begging me not to attempt this – apparently it’s a dangerous trail with a narrow track next to a precipitous ledge – but I have no choice. The sun will not rise for 10 hours, far too long to lose in the race. I switch my torch to the brightest setting and, hands firmly on brake levers, begin the rapid descent. Another daily meal of Berber omelette, and the welcome company of fellow competitors, await in the cluster of village lights below. 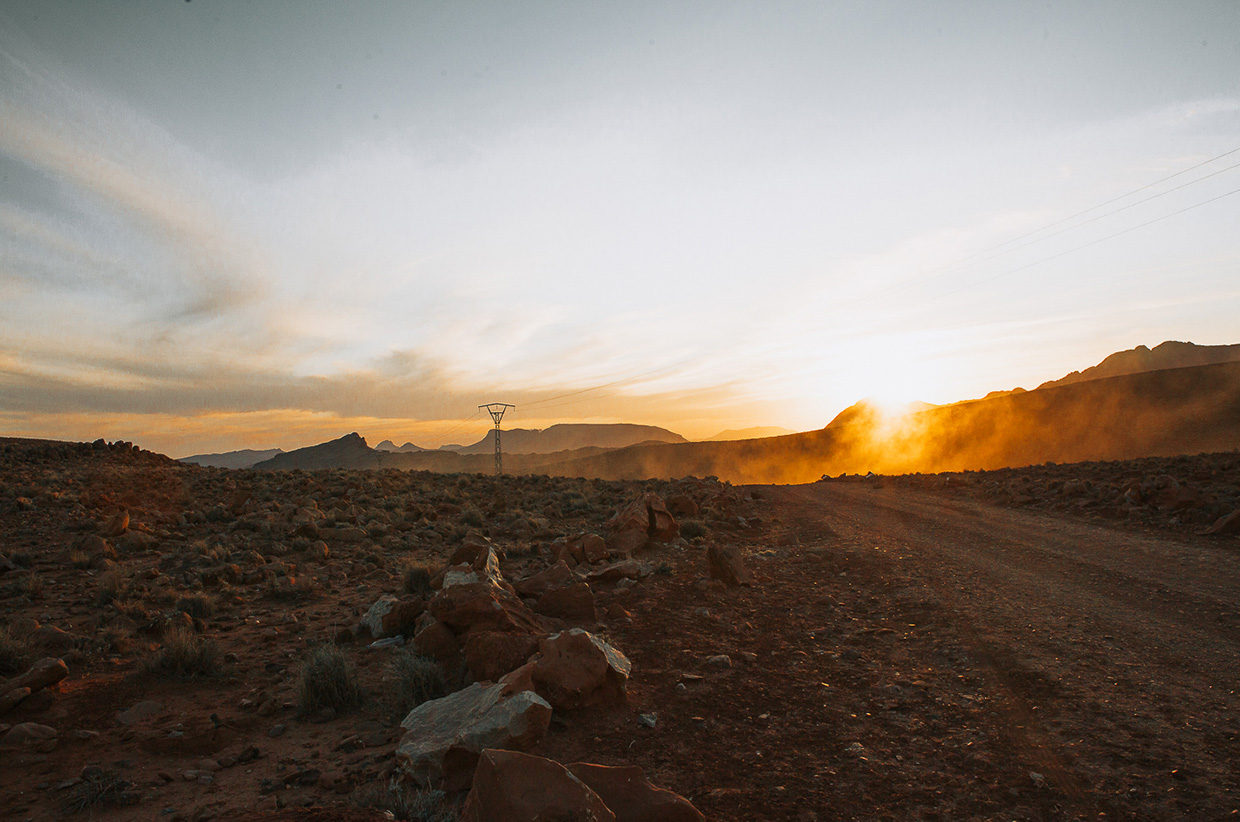 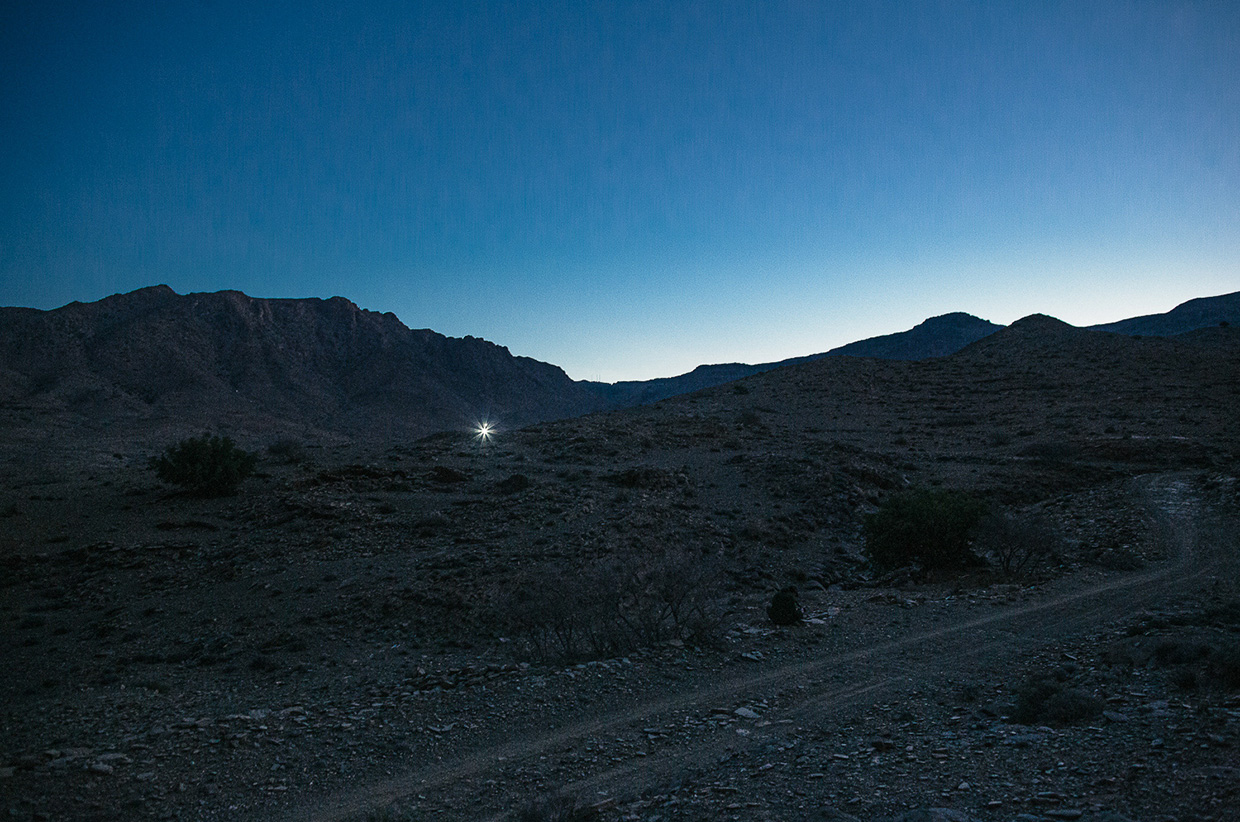 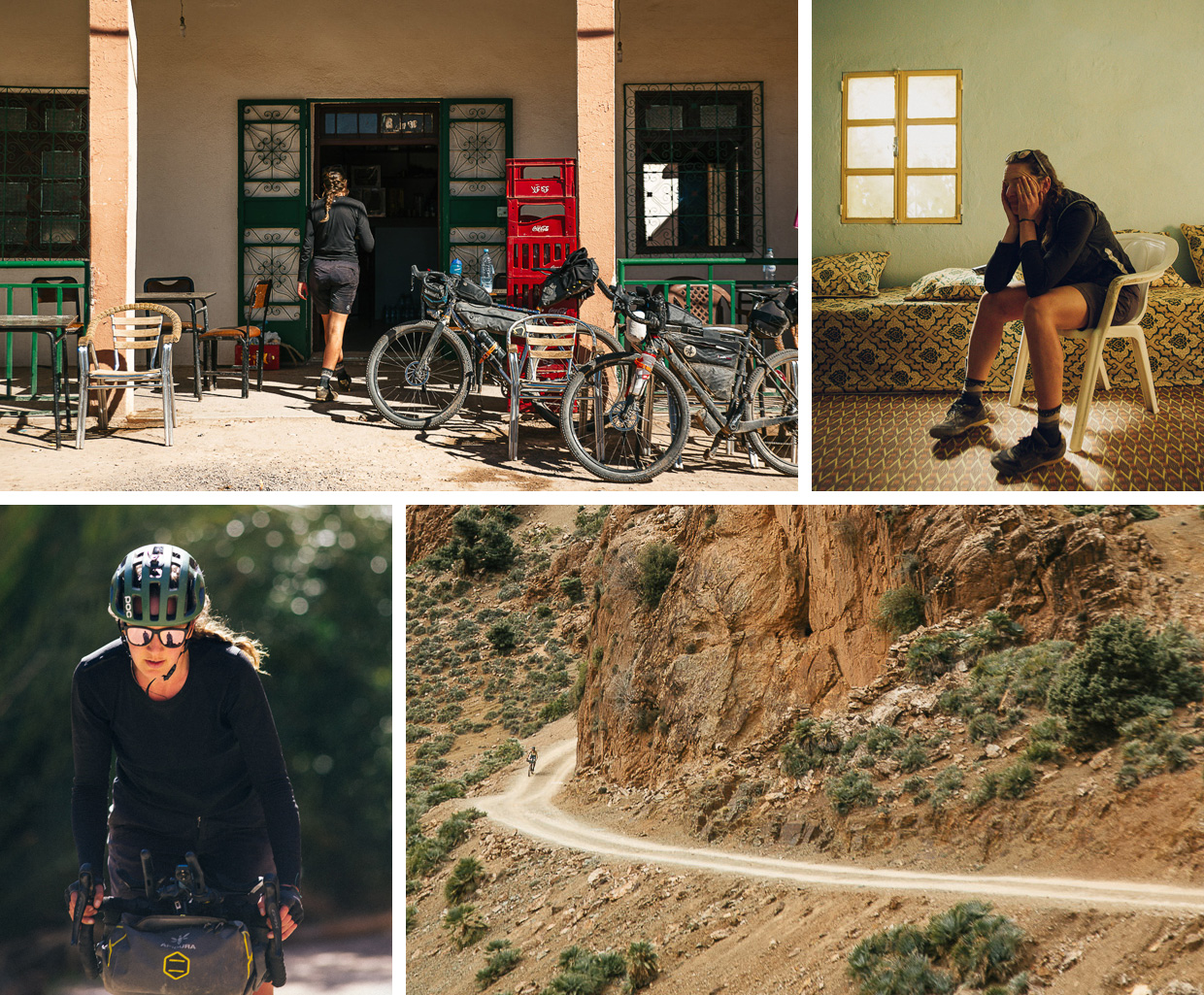 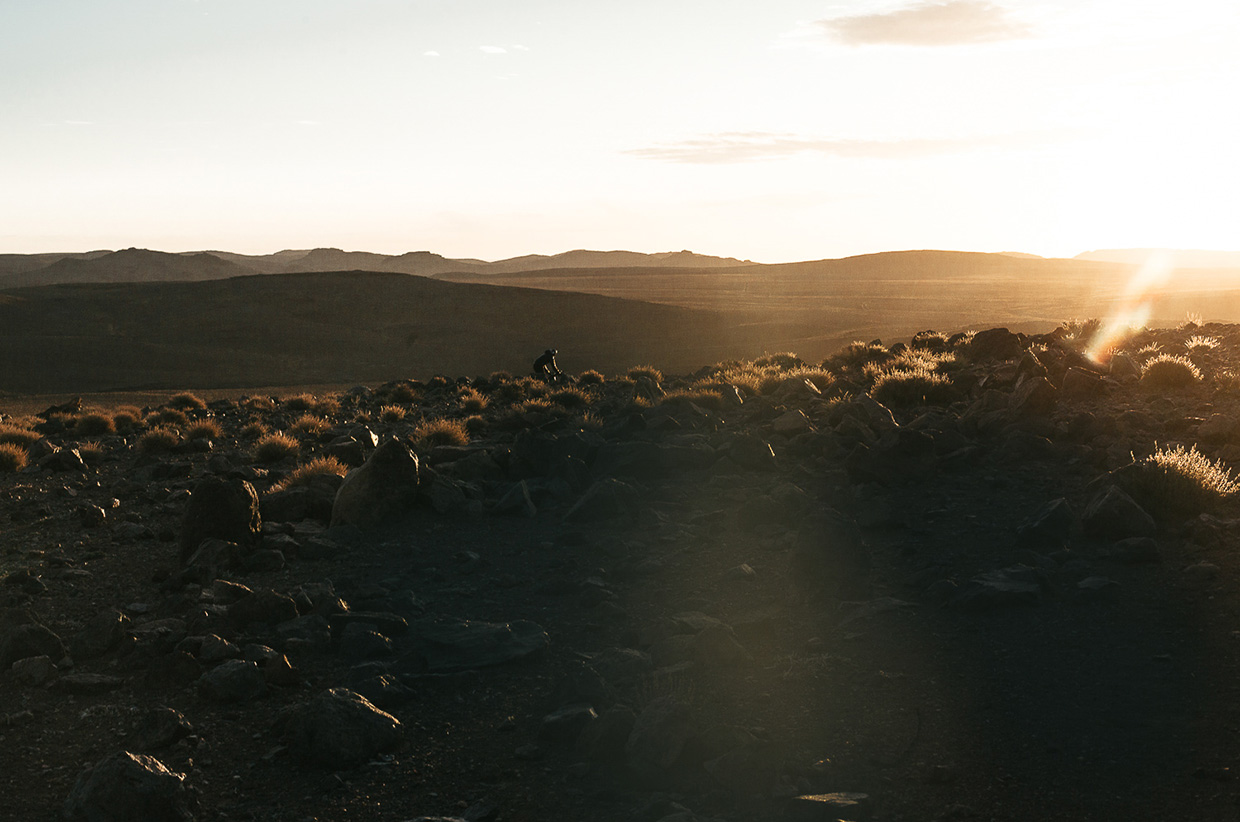 The trail drops steeply down the mountainside, and I understand immediately why it had been suggested to be too dangerous in the dark. I hold my breath as large rocks bounce my front wheel close to the edge. I can’t see how far the drop is, but when the lights of Issafen come into view in the valley well below me, I know I can’t make a mistake. My hands cramp, squeezing the levers of my brakes, while I stand out of the saddle and lean my weight as far back on the bike as I can. I surf loose gravel, focused intensely on the small field of vision from my torch and steering my front wheel on the thin line, only inches away from the ledge.

Finally I reach smooth tarmac at the bottom, and breathe out a huge sigh of relief as I coast into town and find the pack of riders having dinner. I take a rest with them while I refuel, before packing extra food and water into any spare pockets on my bike and then setting off into the night.

The night skies in the interior of Morocco are amongst the best I’ve ever witnessed on Earth. Unspoilt by clouds or light pollution, every night on the race has been illuminated by sparkling stars, the Milky Way, and the bright moon. I ride well into the night, occasionally lifting my eyes from the small field of vision my torch provides in front of my tyre to soak in the remarkable sky above me. It’s just past midnight when I finally succumb to exhaustion, pushing my bike along a rocky dry riverbed. I hide behind a large boulder, where I hope I won’t be disturbed by the headlights of other competitors while I get two hours’ kip before starting my next day of the race. In seconds, I’m fast asleep.

This is the basic routine I follow for six days, three hours and thirteen minutes on the Atlas Mountain Race: sleep two or three hours under a starry sky on a dry riverbed, ride until sunrise, find water, ride until heat exhaustion, find water, then ride into another starry night, and eventually go back to sleep for two hours. Hopefully with enough Berber omelettes in between to keep it all going.

On February 21st, after 6 days, 3 hours and 13 minutes, Jenny Tough crossed the finish line, winning the women’s race. For more information on the race visit atlasmountainrace.cc/ and find them on Instagram @atlasmountainrace 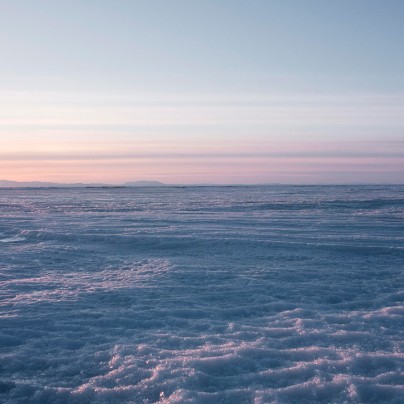 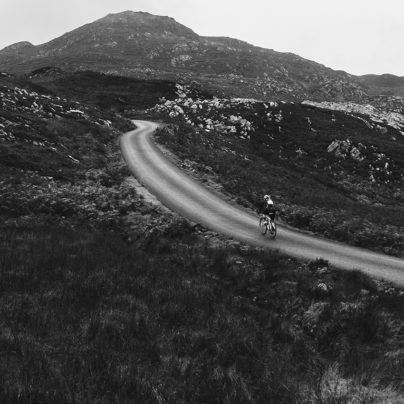