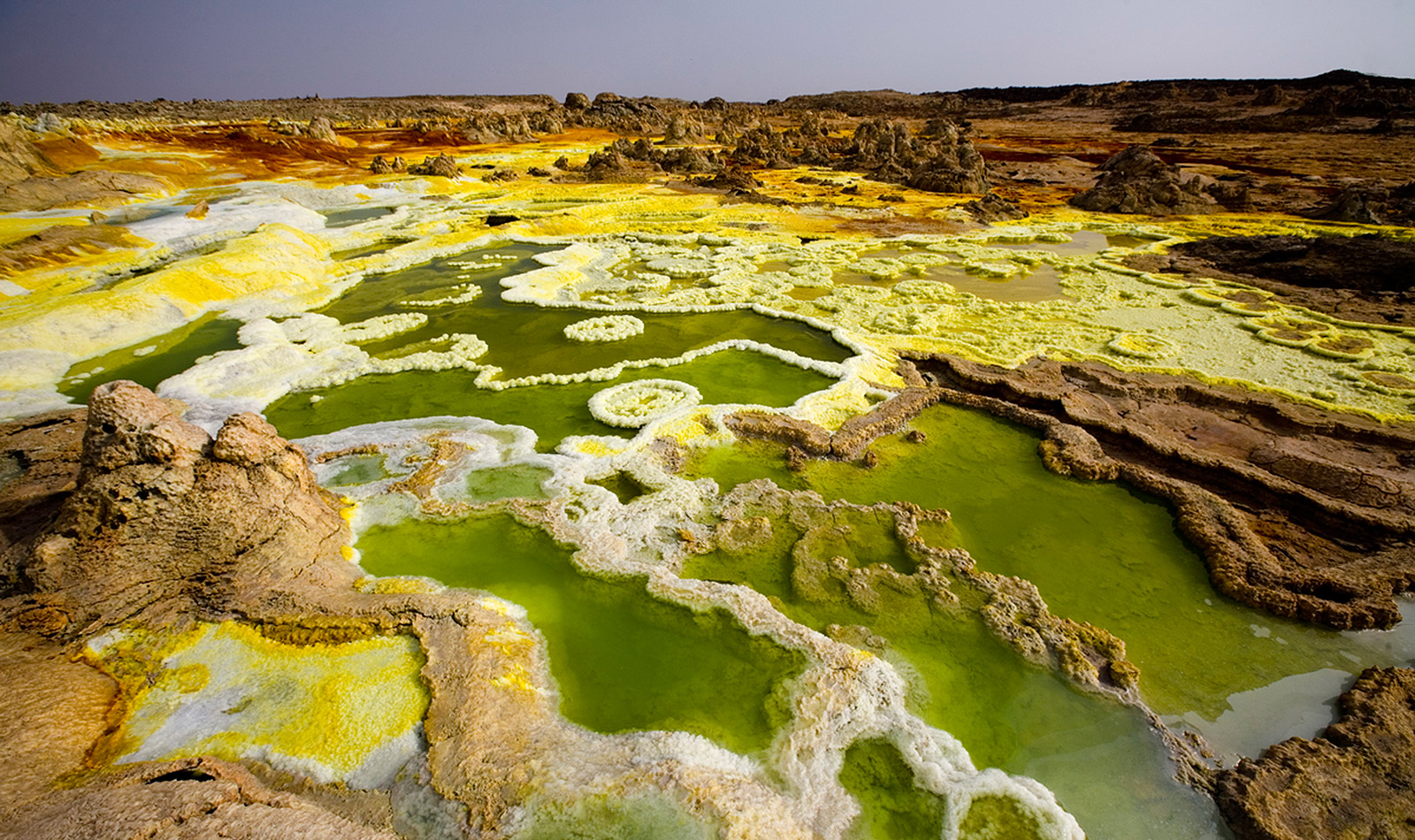 Journey to the Furnace

As a traveller there are some things that are terrifying – like two-dollar hotel rooms infested with  fleas, crazy waterborne diseases that you can’t pronounce like schistosomiasis, and the darkest, dingiest bathrooms void of light and filled with foulness. Then there are other things that call to you like the sensual sirens of Ulysses. Sometimes they summon you into the fiery furnaces of hell.

I had heard of the Danakil Depression, seen it on ‘Planet Earth’, and had visions of it in my sleep. It is a place of searing temperatures, inhospitable land, and home to the Afar, a nomadic tribe known for their ferocity and tendency to cut off unwanted visitors’ testicles. The desert depression rests 100 metres below sea level in a country that mostly sits 2,000 metres above. It contains volcanoes bubbling with lava and hot magma, and holds psychedelic pools of boiling acid, water, and other liquids of yellow, orange, green, and brown with smells that burn your nostrils.

The Danakil is accessible by 4 x 4 jeeps over hundreds of kilometres of bumpy roads, tracks in the desert, and lines in the sand and continues through the contested border with Eritrea. It is crossed daily by the Afar salt traders with camel trains that line up to the horizon. The temperatures hover between 110 and 120 degrees Fahrenheit, and four litres of water a day are essential for survival. It is a bleak landscape that every so often makes way for some of nature’s most awe-inspiring sights.

We hired a driver and the necessary back-up vehicle (if you get stuck alone with a car problem you may very well end up like one of the many dried camel carcasses that dot the landscape), packed up with over 35 gallons of water and all the necessary supplies and headed down. The heat was quick and brutal. My nose started to bleed, my skin dried and turned red, and my eyes hurt. It was going to be tough. I tried to pound down water but still felt dehydrated. We stopped at a checkpoint and were asked to speak with the head of the Afar. He asked us about our intentions and permitted us to pass onward. We drove past settlements where tribal women stared and kids screamed and we headed deeper into the depression. The mountains crumbled, and the earth began to give way to an unknown zone. The mercury rose steadily and every so often we were hit by the gara, or ‘fire wind’.

It is a place of searing temperatures, inhospitable land, and home to the Afar, a nomadic tribe known for their ferocity and tendency to cut off unwanted visitors’ testicles. 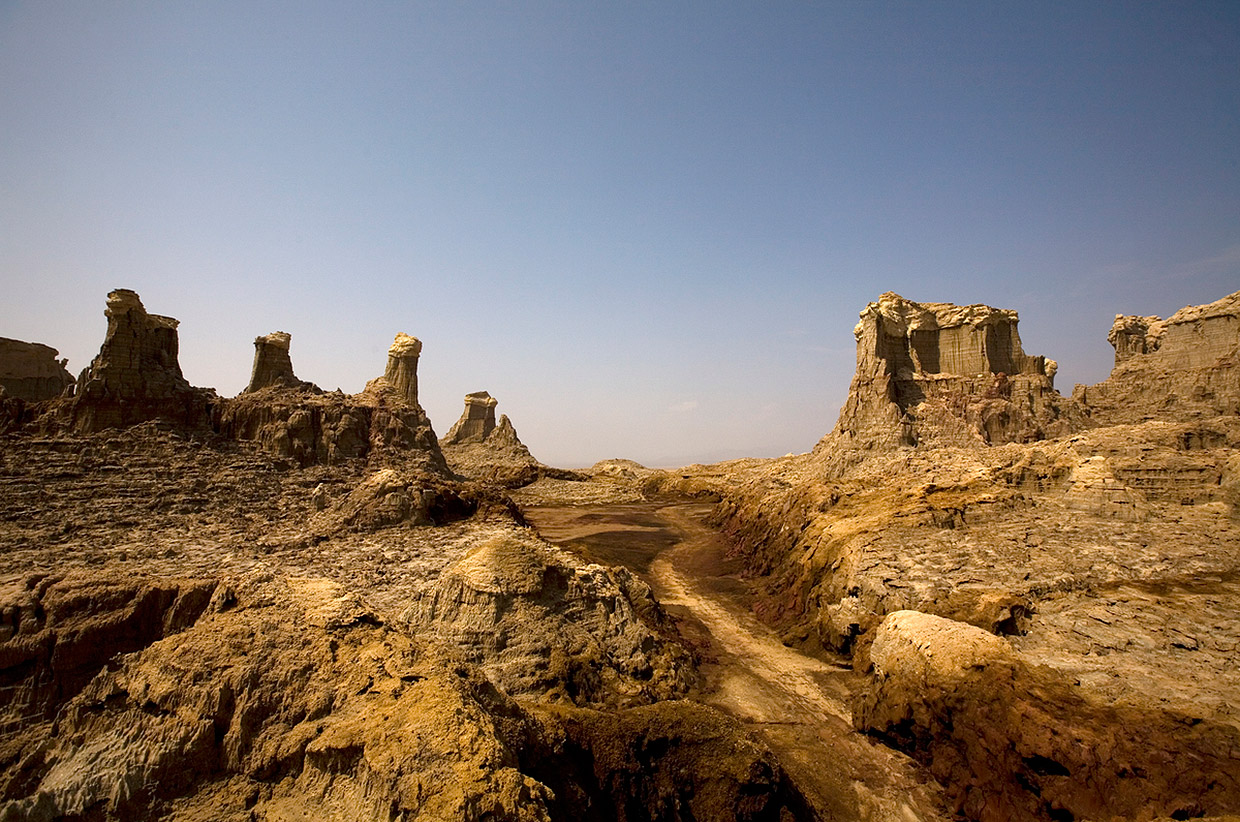 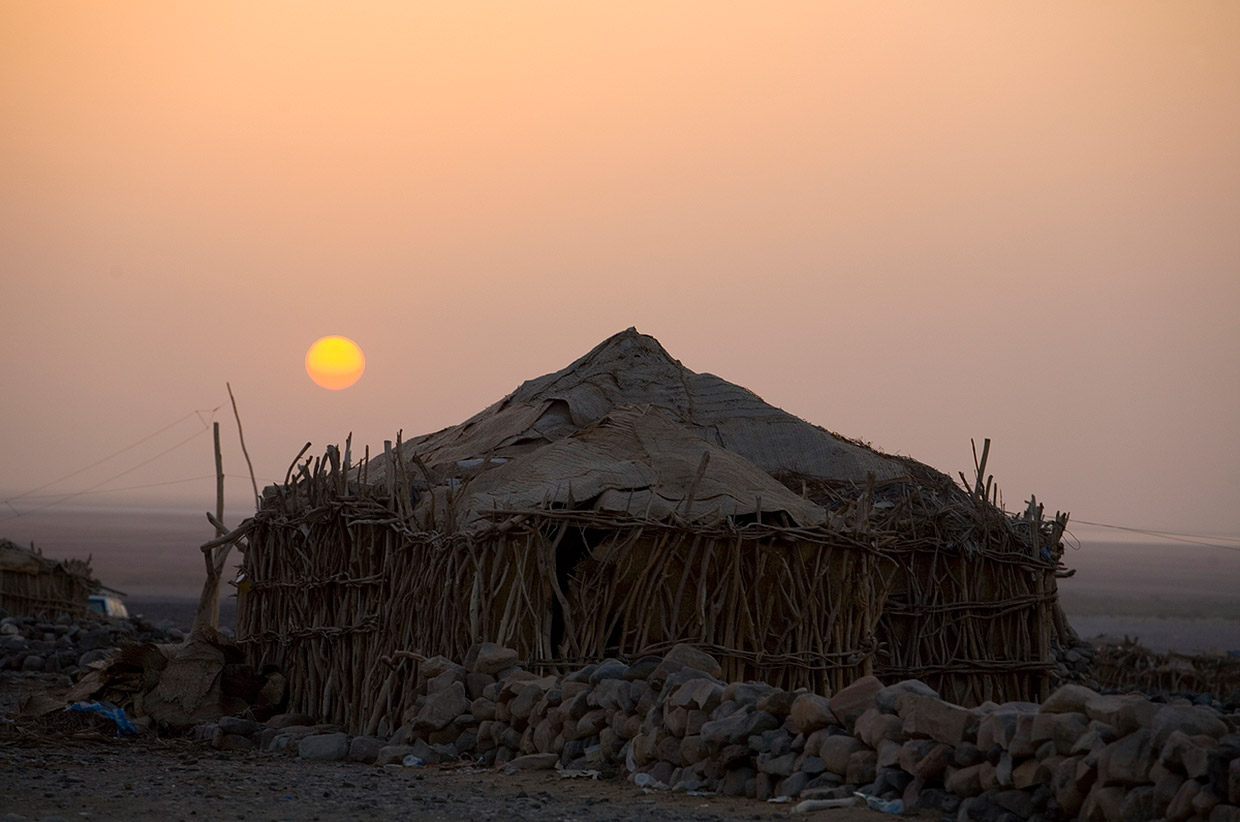 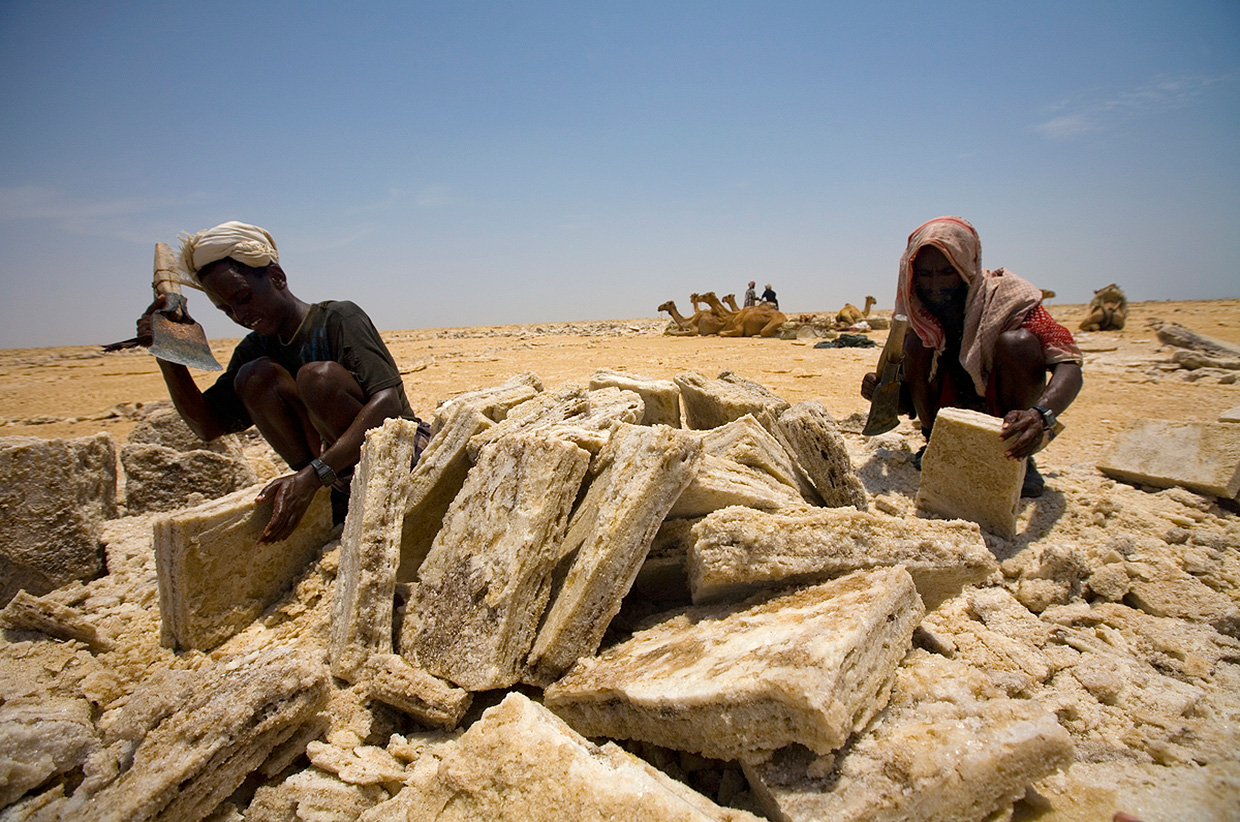 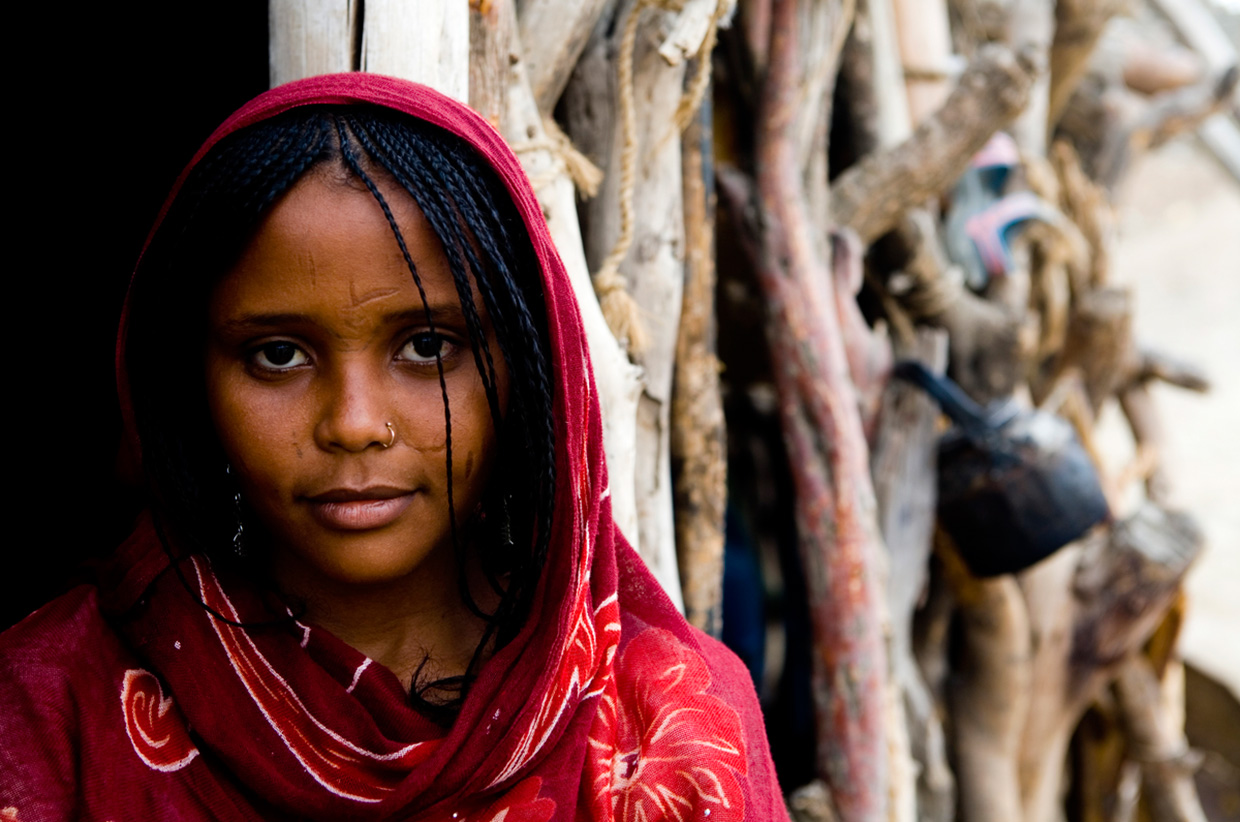 The light at dawn unveiled an even more amazing spectacle. The lake was turning over, the black crust folded over as the molten magma came to the surface. It was nature in its rawest form.

We had the windows down, but the wind was hotter than the air and there was no relief from the temperatures. Despite the heat I wrapped my head and face in a turban. We arrived in the outpost town of Hamd Ela where we would be spending a few nights and wondered how anyone could call this home.

On the second night we began our ascent of Erta Ale, which sits 613 metres above the desert floor and lies surrounded by conical peaks. The ascent was shallow but lasted forever. Even as the sun set, the heat was tremendous. The drive had taken its toll on me and I was dehydrated. Every step was rough but I continued onward. It was the destination, the hope, that got me to the summit. We arrived in the dark and could see an orange glow. Erta Ale holds a lava lake that has been in constant eruption since 1967. The vision was spectacular. The light at dawn unveiled an even more amazing spectacle. The lake was turning over, the black crust folded over as the molten magma came to the surface. It was nature in its rawest form.

After more bumping through the desert, it was on to Dallol – at 116 metres, the lowest point on the African continent. It was hard to believe that it could get hotter and that anything could rival the volcano, but Dallol, the hottest place on earth, is a kaleidoscope of nature. From colourful pools of liquids, boiling hot springs, and geysers to the canyons of salt pillars and lakes filled with chemicals, it had the appearance of a martian landscape or something out of the pages of an Asimov novel. We wandered in amazement with clothing drenched in sweat. My mind was confused: ‘What is going on here?’ I kept wondering if this was how the Earth was formed, with all these bubbling pools and mixtures and science. Amidst the chaos is salt, the main source of income for the Afar, who have been harvesting and trading it for centuries. Salt men bake under the sun, digging and cutting their product into blocks, which is then loaded on camel back, and sent back to civilisation in markets across Ethiopia.

This hostile region is an extremely rewarding destination for adventurers and science seekers alike. It is a land both unknown and undiscovered, harsh yet beautiful, with a population who at times seem unwelcoming like the fire wind that blows across the parched landscape. It is one of the true wonders of Ethiopia. 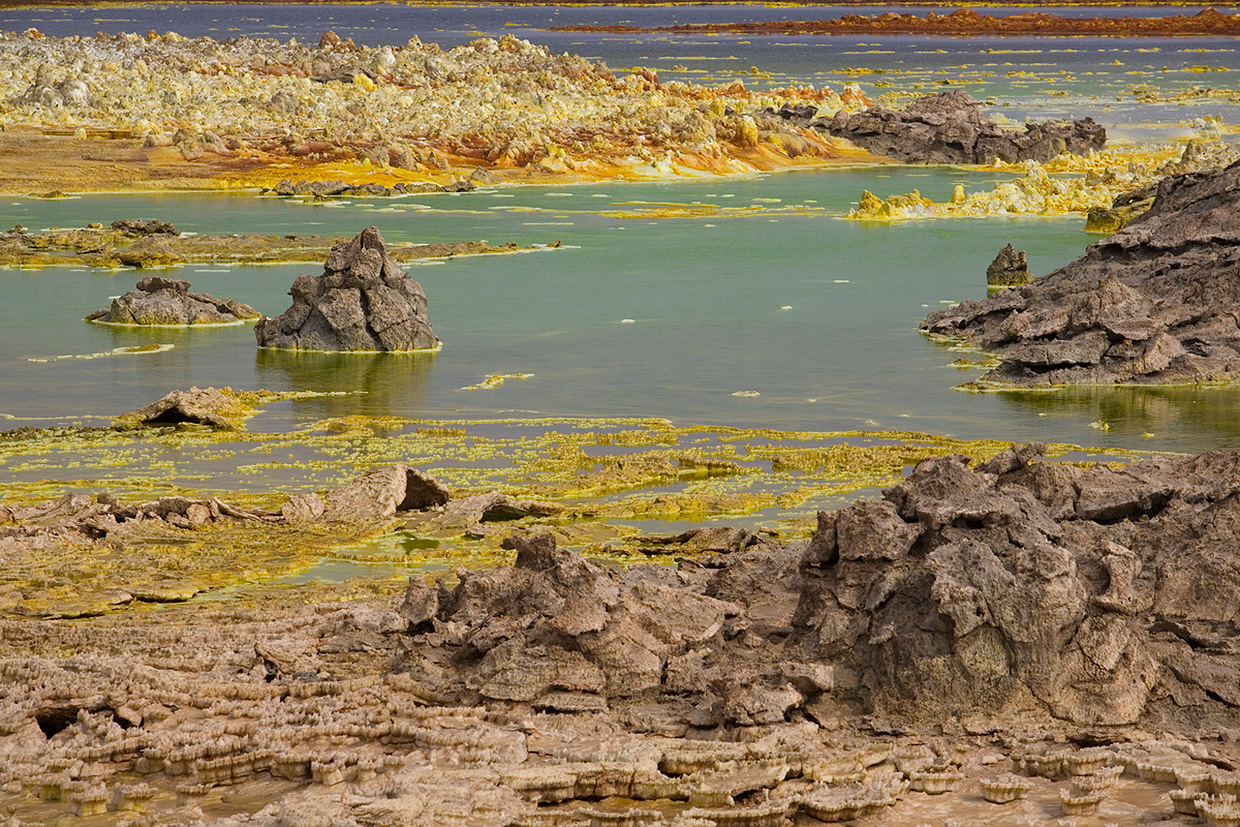 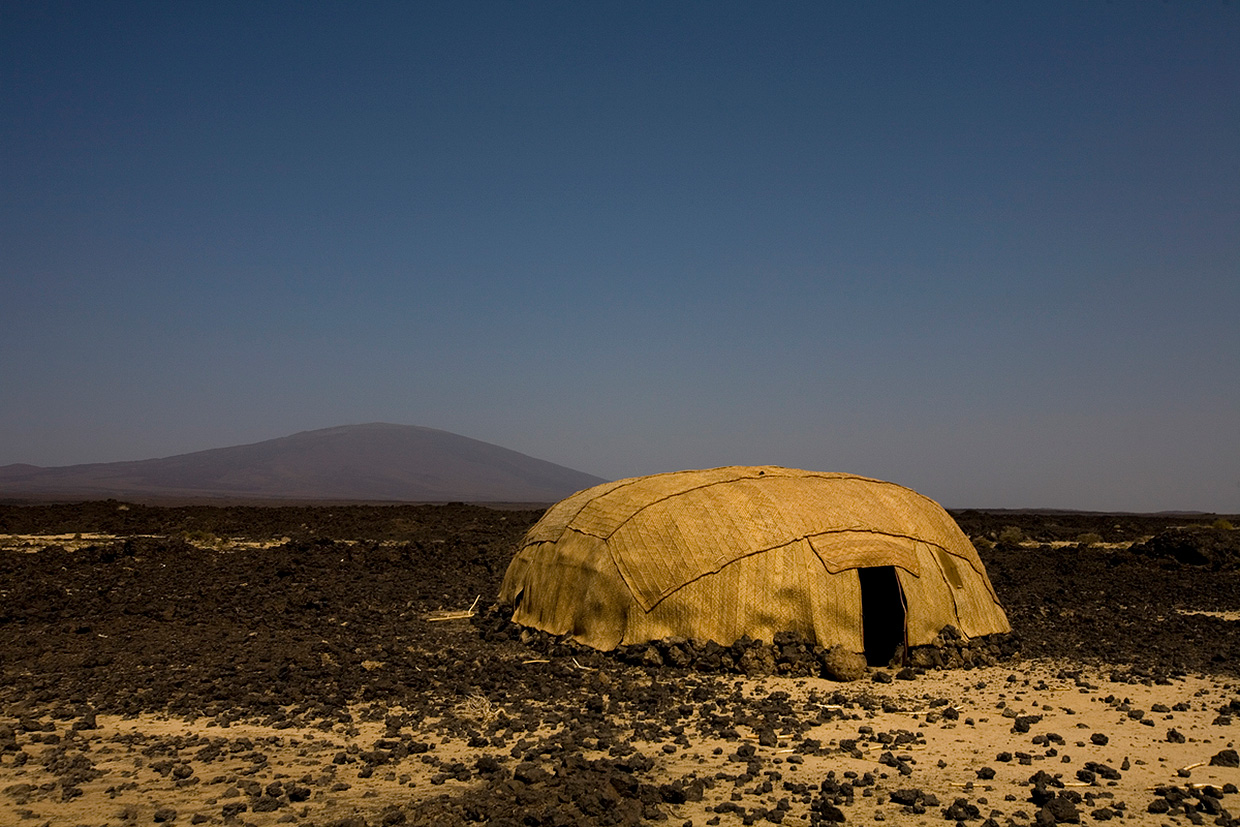 For the past 12 years Ryan Salm has been traveling the far off reaches of the globe contacting distant tribal groups and contracting various illnesses. Journeys on back roads with the local people have created a common theme in Ryan’s work. Radiant colors, vivid landscapes, and enticing faces are the cornerstone of his photography. When not purchasing plane tickets or wandering the world, Ryan spends his quieter days living in Lake Tahoe, California soaking up the sunshine and living life in the mountains. His photographic work ranges from fine art to commercial to editorial and can be seen anywhere beautiful imagery exists.