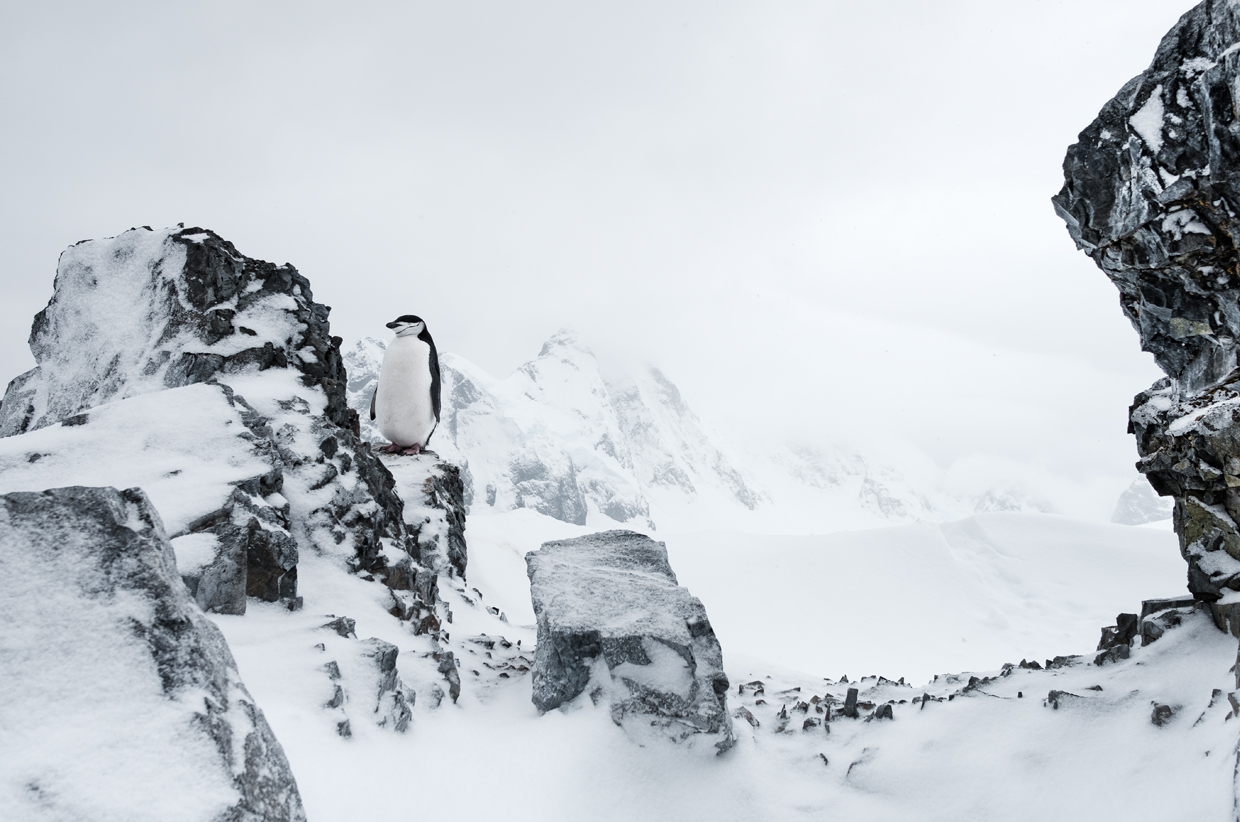 Antarctica 2020 was an expedition deep into the continent to raise awareness of the challenges the region faces against climate change, overfishing, and plastic pollution. The expedition was led by Lewis Pugh, appointed by the UN to the Guardian of our Oceans. In recent years, Pugh has been very engaged in Antarctica and the surrounding oceans. In 2016, Pugh helped negotiate the world’s largest protected area, in the Rosshavet of Antarctica. In the years running up to 2020, Pugh is focused on securing more protected areas in Antarctica’s exposed seas.

In 2016, Tretorn started its Eco Initiative Eco Essentials and this summer, Tretorn’s Rain Jacket from the Sea (a rain jacket made from collected and recycled fishing net) was chosen by the Swedish Institute to be presented as one of three products at the UN High Level Conference on Sustainable Development in our sea. Due to this Tretorn was given the opportunity to attend the Lewis Pugh expedition Antarctica 2020 aimed at raising awareness of the situation in the Antarctic region. Photographer Olle Nordell took part in the expedition and tested Tretorns forthcoming ARCH jacket.

We spoke to expedition photographer Olle Nordell on his return from Antarctica. 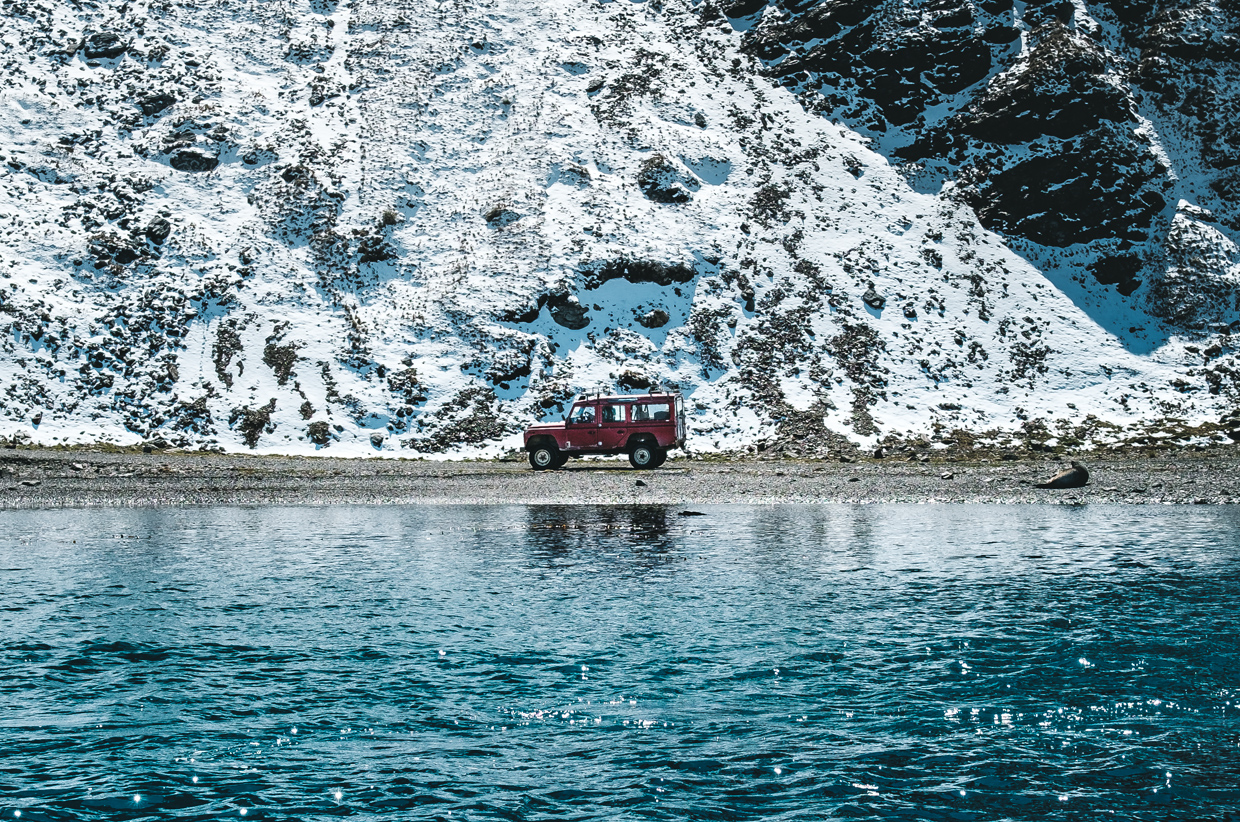 Where are you right now, and how do you feel after the challenge?
I am in Stockholm, in between photography projects on Cape Verde and Sri Lanka. The trip down south really made its mark and will stay with me for a long time – a surreal and unique experience that I was lucky to be part of.

Why did you decide to do this challenge? How did the idea come about?
Antarctica has always fascinated me, as an almost unattainable destination with fairy-tale-esque wildlife. The opportunity presented itself when my friend Lewis Pugh called me from South Africa to tell me about his next expedition in collaboration with the UN Environment Programme – and asked if I wanted to join the team as still photographer. I had to pretend to think about it, for two long seconds, before accepting.

What did you hope to achieve? What was the key aim?
Lewis Pugh is an environmentalist, lawyer, long-distance swimmer, speaker, writer and appointed Patron of the Oceans by the United Nations. He has dedicated the last decade to raising awareness of the climate change taking place in our polar regions by completing unique and dangerous long-distance swims in both the Arctic and in Antarctica.

He always completes these chilling swims in only trunks, cap and goggles, and then uses the attention and PR to personally travel between Moscow, London and New York to negotiate stricter international maritime protection areas with each government: a method which has been coined ‘Speedo Diplomacy’. For this expedition, the focus has been on South Georgia and the South Sandwich Islands, which are biodiversity hotspots in the middle of the South Atlantic Ocean and the gateway to Antarctica. Our aim is to secure greater protection and complete no-take zones which will have a direct impact on the preservation of all wildlife in Antarctica. 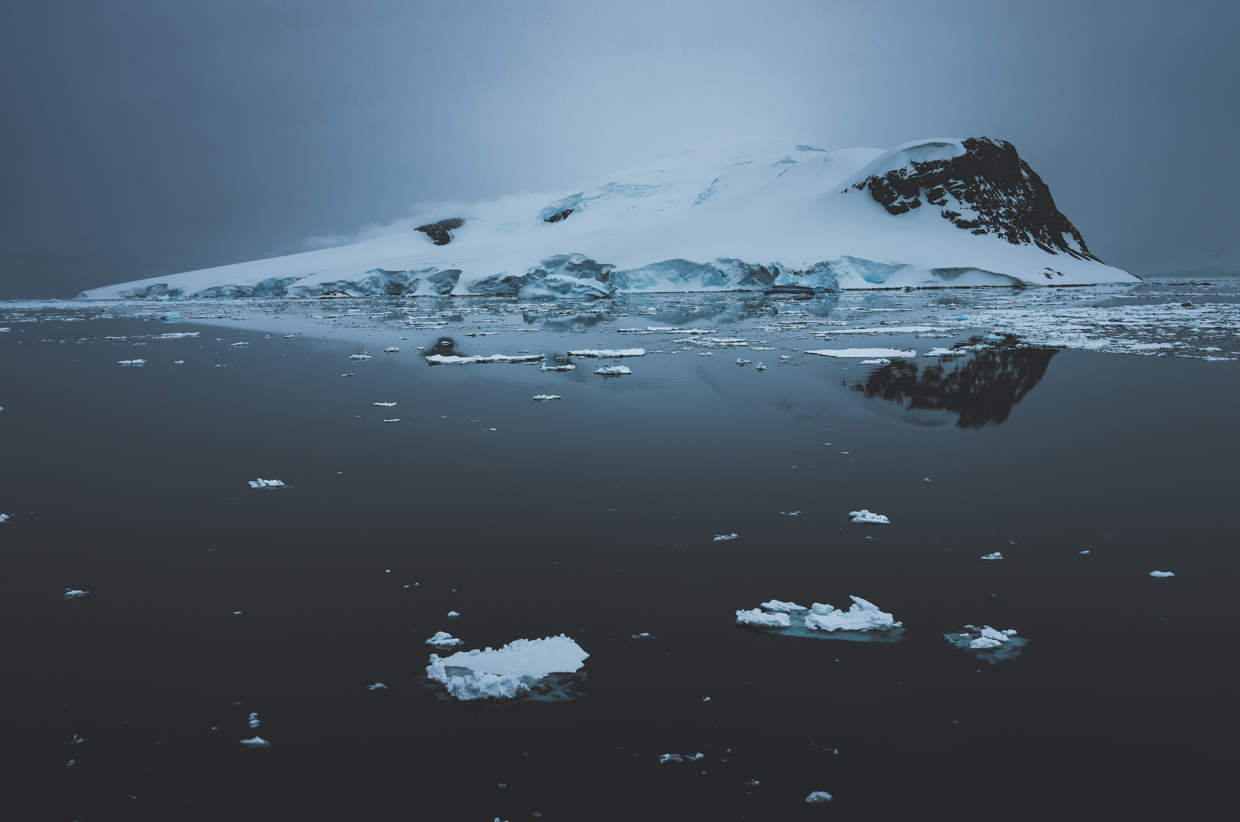 What were the biggest challenges?
The weather conditions are for obvious reasons a sort of lottery for both Lewis as a swimmer, and for me as part of the photography crew. High winds and rough seas made half the boat seasick on the passage from the Falkland Islands to South Georgia. Then we had varying light conditions, snowfall, cold, fog and darkness to deal with. As we passed the mysterious convergence zone, entering into Antarctica, I wondered whether we would ever see the sun again.

What were the scariest moments?
To capture Lewis from all angles, I had to get into the water myself. The upside was that I could wear a dry suit, which partly protected me from the sub-zero waters. But it wouldn’t protect me from Leopard seals or orcas, if their curiosity suddenly would turn to hostility. Leopard seals are great hunters, and the last thing you’d see is a head popping up over the surface – then it would attack from underneath. At one point, I found myself floating around with my water housing in the middle of a pitch black Antarctic bay, with the Zodiac and rescue paddlers a couple of hundred meters away. I tried to focus on the camera settings and light, but all that filled my mind was the pointiness of the trillion teeth in a Leopard seal’s mouth.

What was the most important thing you learnt?
Seeing Antarctica up close and personal in combination with the fact that climate change is happening right now, in front of our eyes – made me realise that the important international measures that need to be taken is not to save next generation, it is to actually save ourselves. 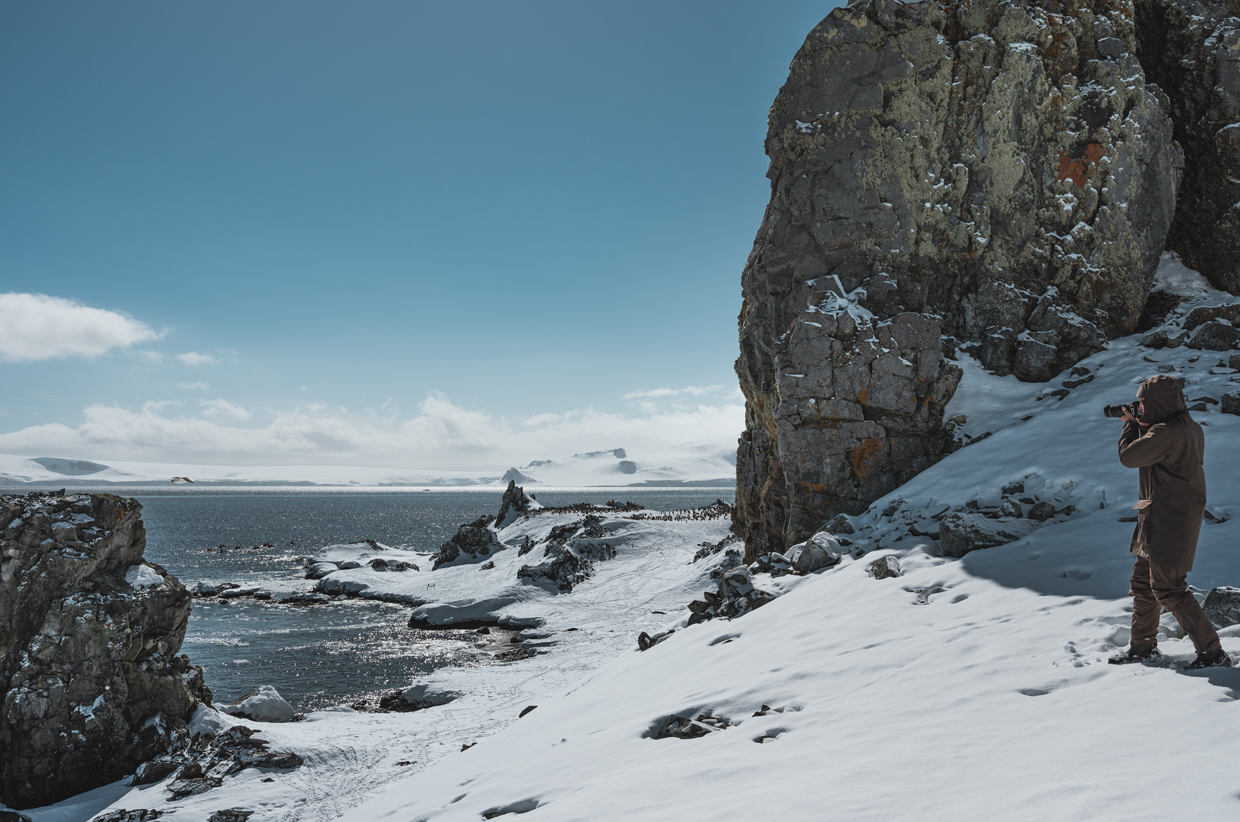 What one piece of kit became indispensable?
I do a lot of hiking, trekking, hunting and skiing, and know the worth of a good jacket. But this time around, the actual hood of the jacket became a true asset, as I constantly had to adjust it, getting off and on boats, hiking, and shielding myself from sudden winds and gusts of snow. The hood just has to work. It must be big, bigger than you think, and follow your own movements. I gotta be able to live in it, work in it. A great hood is a facilitator. A bad hood is a deal breaker.

To someone hoping to embark on their own expedition, what advice would you offer?
For going south, down to Antarctica, there are lots of biosecurity rules to read up on. As Antarctica does not belong to any one country, an international treaty (also signed by Sweden) dictates how we should behave when landing on shore. But also, read up on the great explorers of the past – especially Ernest Shackleton, and the epic drama of Amundsen and Scott. Bring high-quality wool to wear, and a good long lens to shoot with.

Finally, if you could go back in time and tell yourself something as you were setting off, what would it be?
Getting onto the Antarctic mainland there is such an explosion of wildlife. Penguins, seals and birds everywhere, surrounding you with turquoise glaciers as backdrops. I would put down my camera more often, just sit among all these creatures in the silent absence of my clicking shutter, and contemplate exactly where I am and how far from the ‘other’ world this is. Because that is the feeling coming home with you.