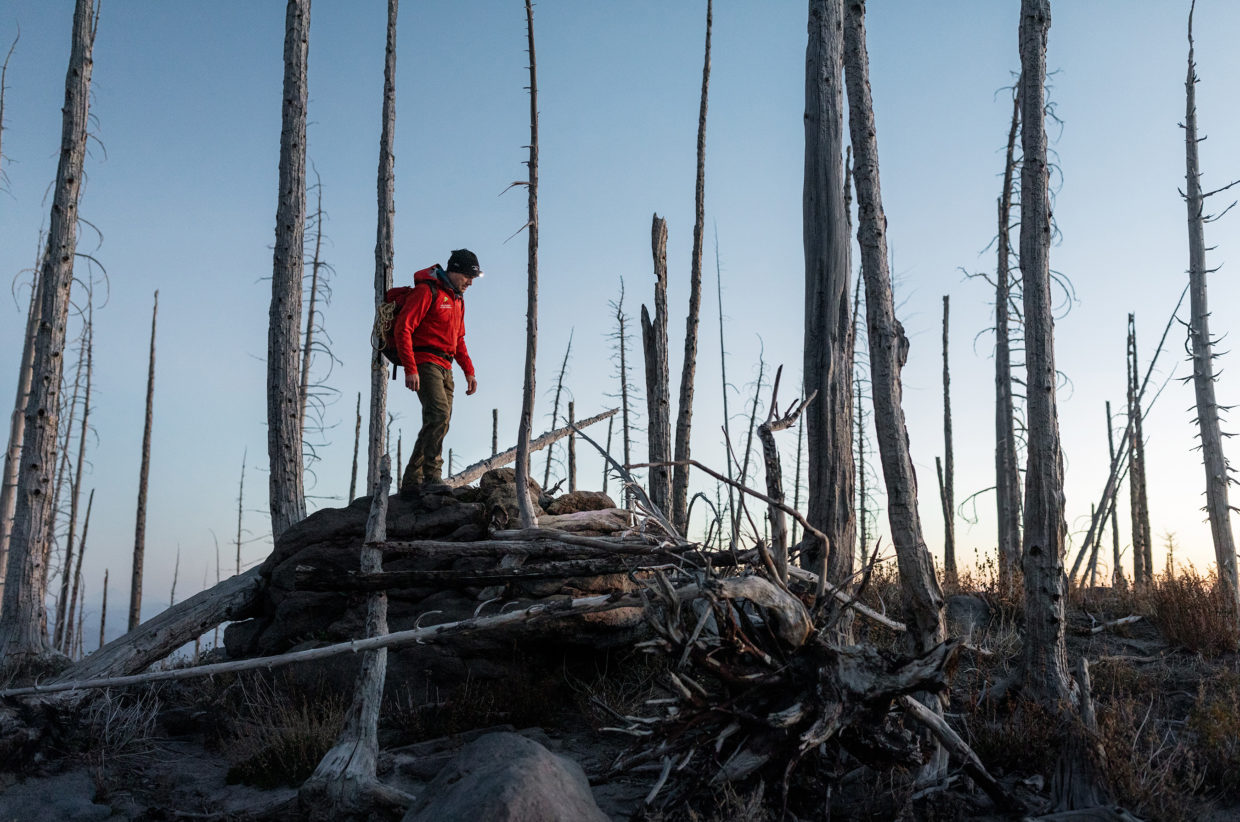 Stories Behind The Gear: Danner Boots

In the opening scene of Wild, the film adaptation of Cheryl Strayed’s story of her Pacific Crest Trail journey, an exasperated Reese Witherspoon memorably chucks her boot off the side of the mountain, sending it to join the other one that she had just lost by accident. The boot is a classy, slightly retro, sturdy brown leather hiking boot, and viewers were unsurprisingly keen to know where to get a pair after the film released (she does get a new pair and complete the hike in them). The boot was the Mountain Light Cascade from Danner, a Portland-based brand with an all-American history. We recently visited the company in Portland to learn more about the brand, the history and their new ‘Go There’ project.

Charles Danner founded his company in 1932, with a dedication to make the highest-quality, affordable boots available. The booming logging trade provided the perfect opportunity, and he moved to Portland in order to serve the Pacific Northwest with the best logging boots on the market. A contract with the government a decade later to supply work boots during World War II, saw the company expand, and Charles Danner’s two sons took the helm after returning from the war. As the 1960s dawned, outdoor pursuits became increasingly popular, and Danner established themselves as a hiking boot brand, continuing to pursue quality while remaining handcrafted as the Portland factory grew.

Today, Danner is a global brand, while continuing to produce and finish boots in their factory in Portland, Oregon. The brand has evolved and now has an extensive range including boots for work, hiking, lifestyle, as well as military and law enforcement. With collaborations with Gore-Tex and Vibram, the Danner commitment to innovation and quality holds strong. What is perhaps the most remarkable offering of the company, however, is the recrafting service they offer.

While many brands in the shoe market depend on customers returning to buy new pairs almost every season, Danner’s recrafting programme is a commitment to keeping their customers in the same pair of shoes for a lifetime. From restitching to new soles, and even reconditioning of the leather, there is a dedicated team in Portland to keep all Danner boots pursuing its owners chosen paths, for life. And having spent some time with Danner, it’s clear that the entire workforce, from the factory staff that have spent their life sourcing and testing the finest quality leather, to the teams behind innovation and rigorous quality control, there is one clear message: these boots will not let you down. 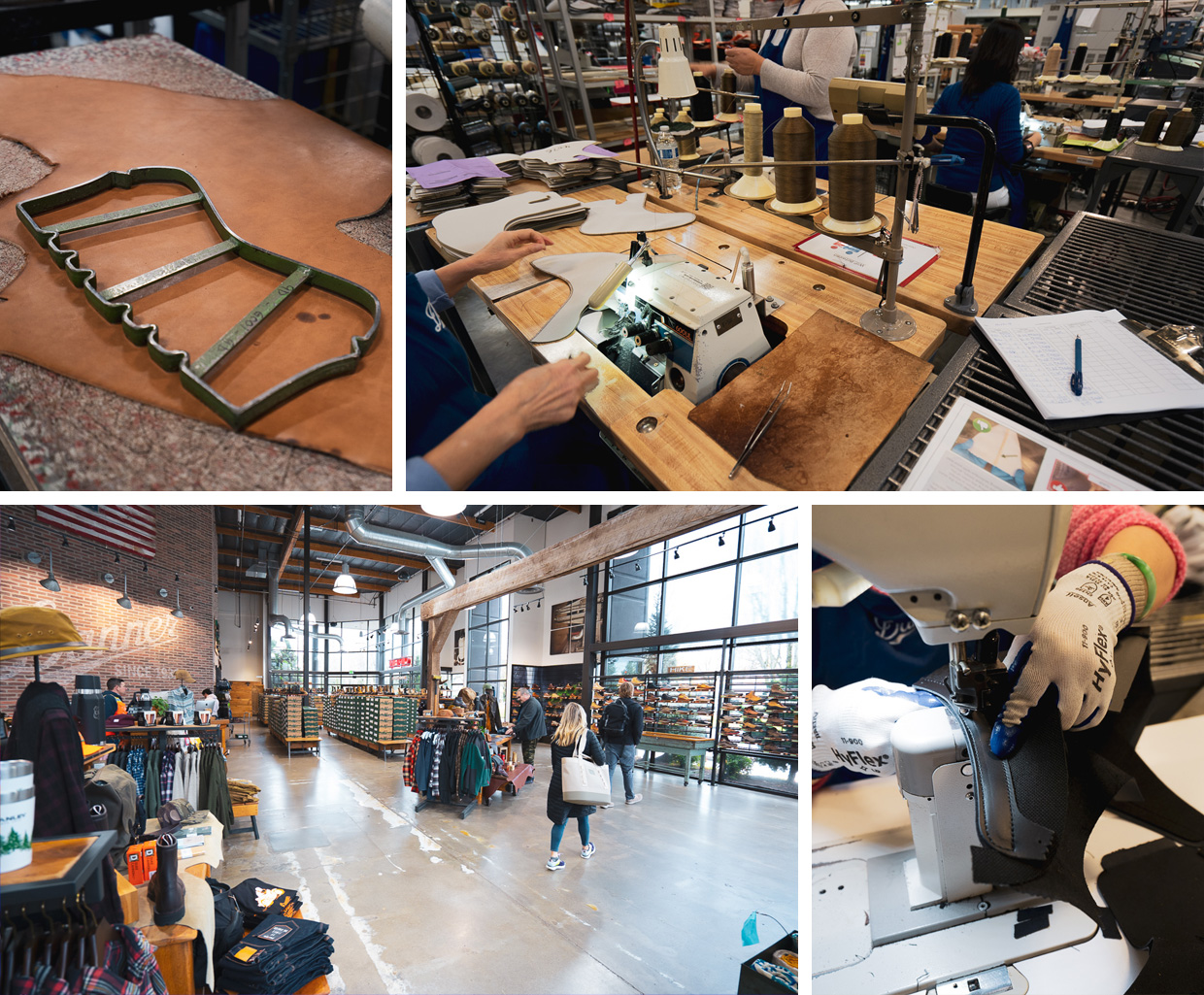 In line with the company’s history of innovation and renegade spirit, Danner has recently released its latest campaign, GO THERE. Photographed by commercial fisherman Corey Arnold, the campaign follows three adventurers who have chosen their own unique paths in life. 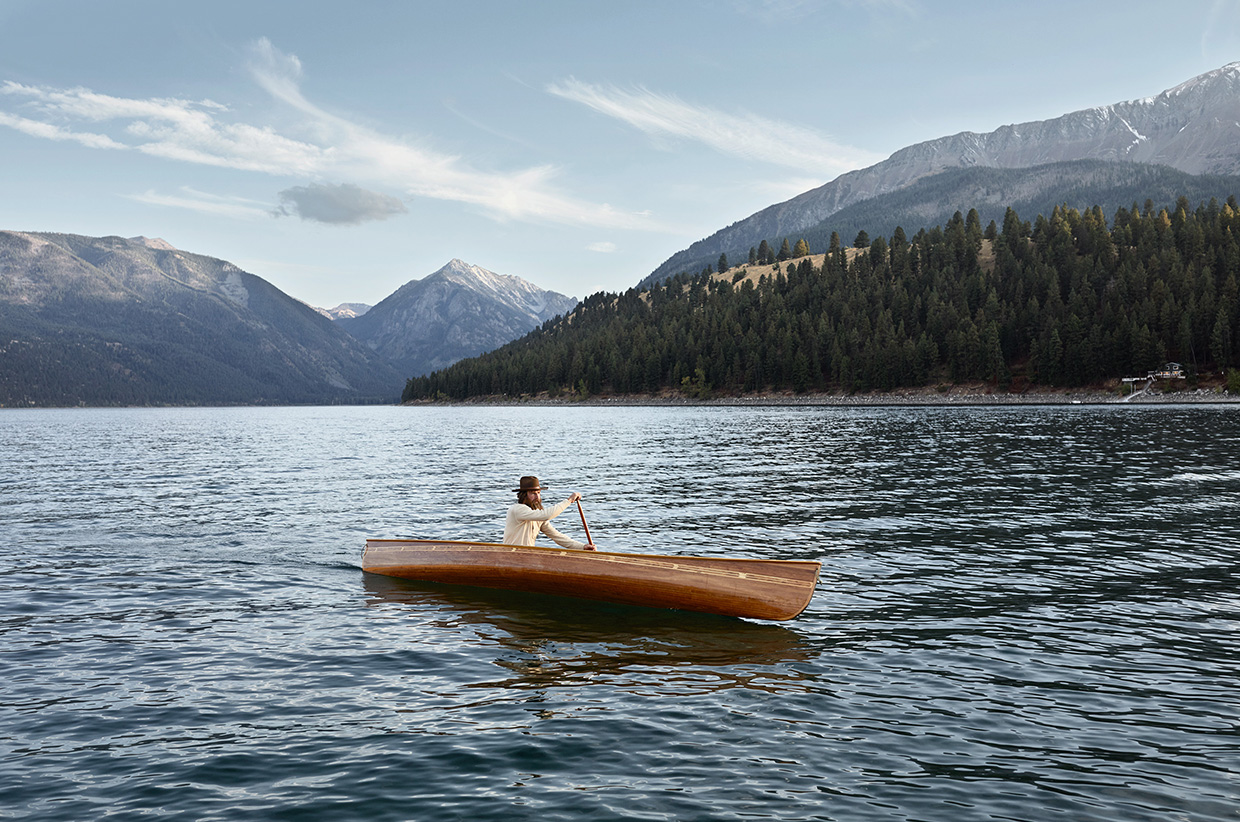 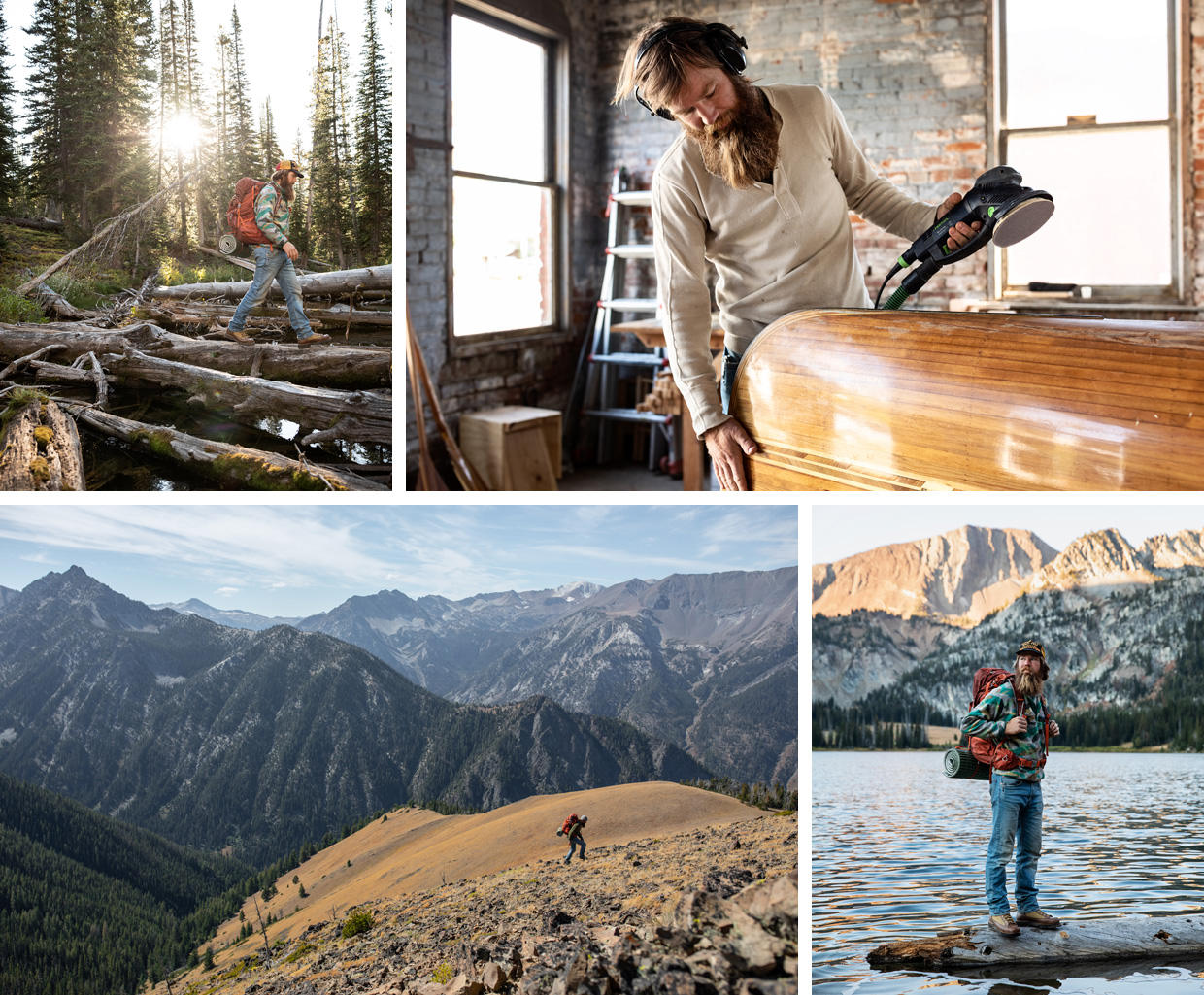 Greg has quite literally built the life of his dreams, buying a derelict brick building in a small town called Joseph in Northeast Oregon, and turning it into a hotel with the help of like-minded craftspeople and artists. He did most of the work himself, working tirelessly on the renovations of the Jennings Hotel. From being new in town, Greg went on to build community spaces and create opportunities for locals as well as encouraging visitors. It’s a physical job but in a natural environment that’s both rugged and challenging.

‘I think remoteness is part of what has helped keep the charm of this place,’ he said. ‘The highway dead ends just a couple miles from the hotel. It’s an intentional trip to get here. No one’s just passing through Joseph.’

Greg originally hails from Central Minessota and followed his passion for the outdoors to Oregon, where he first discovered the town of Joseph. He knew that he had found his home, although he admits the start was overwhelming. ‘When I first came, there was three months of utter paralysis and wondering what the hell I had gotten myself into and not having any idea where to start,’ Greg remembers. ‘I was so over my head.’ 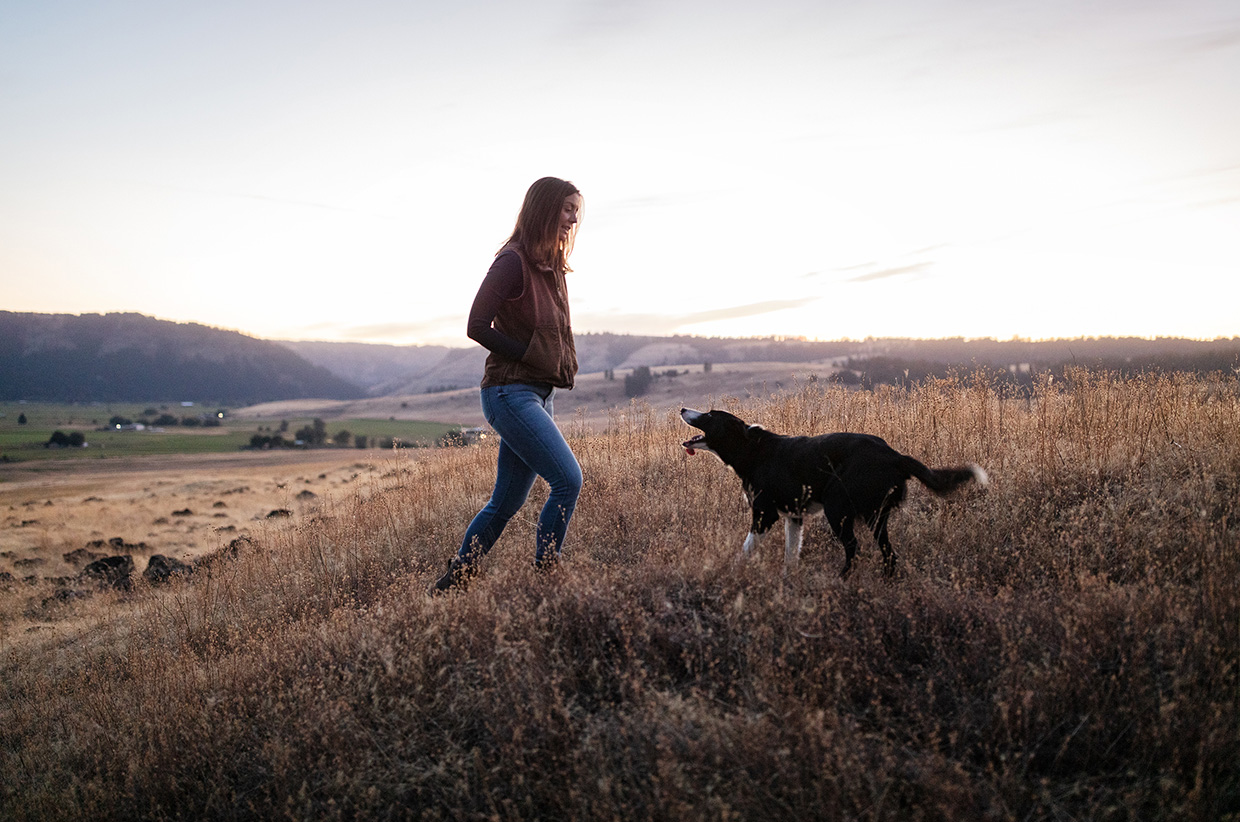 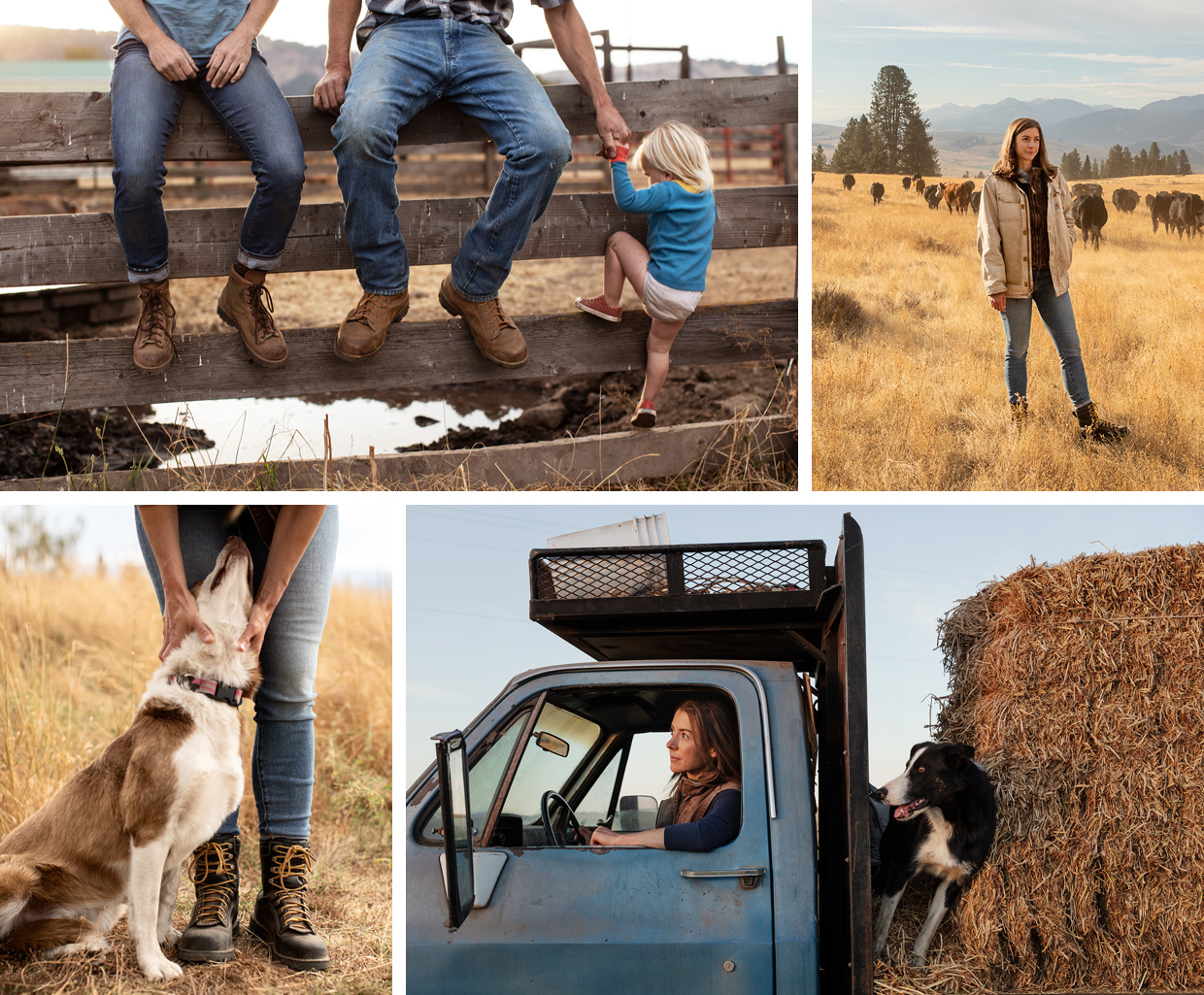 Cory, after a Stanford education and big-city-corporate success, returned home to Oregon as a fourth-generation farmer to the Carman Ranch. Cory grew up canning vegetables and riding horses with her grandmother, who was a great inspiration to her pioneering spirit.
‘She was this great role model,’ Cory said. ‘It just never occurred to me that I couldn’t do anything that needed to be done.’

Cory took up the reigns of Carman Ranch with a vision to modernise the land she grew up on, by nurturing the soil to health through regenerative and ecologically responsible practice and producing only 100 per cent grass-fed livestock. It ensured the land will be healthy and sustainable for generations to come. She met a lot of scepticism, sexism, and setbacks for her ideas to chart a different course and change practices that had been held onto for decades, but today she has honoured her great-grandparents’ legacy by running a successful and sustainable ranch. 15 years on from her return to the ranch, she has emerged as a leading voice on progressive ranch management and developing a robust and responsible food system in the region. Raising her three kids under expansive prairie skies, she says, has been a gift. 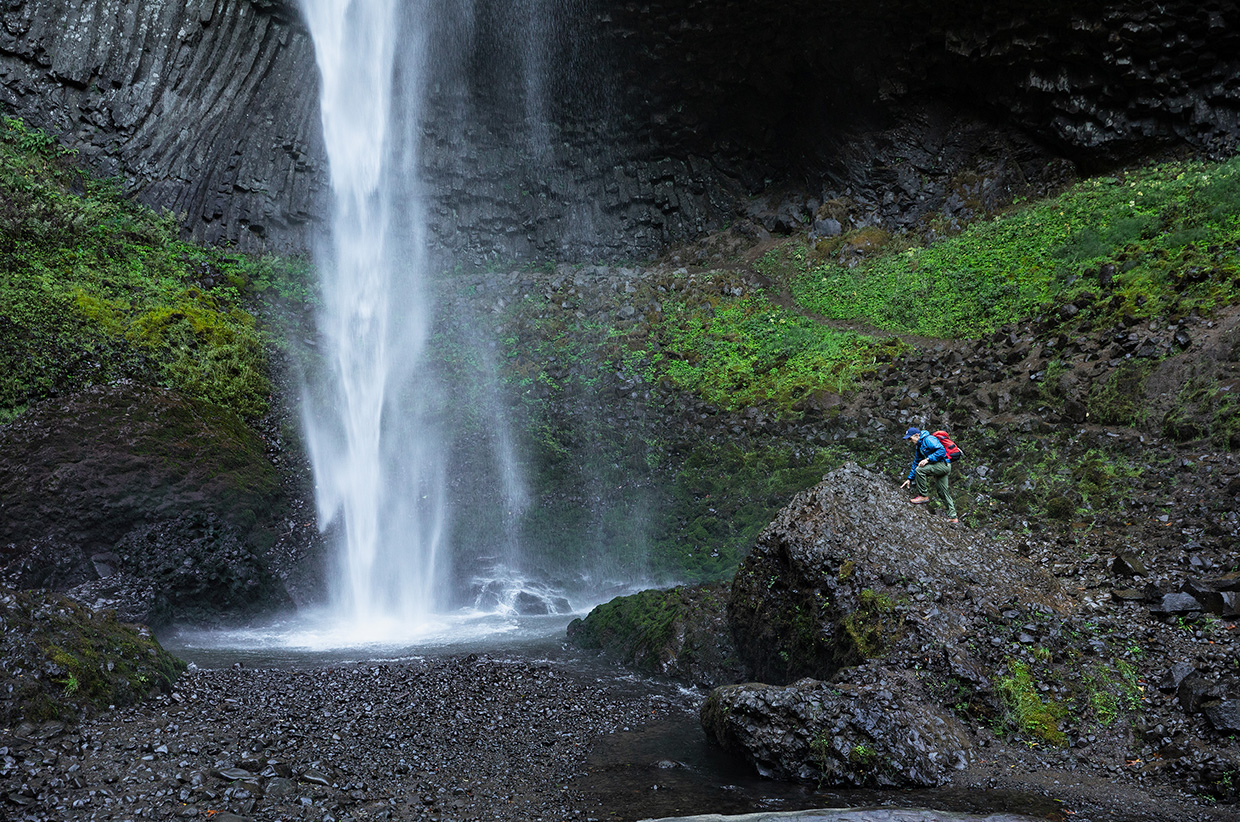 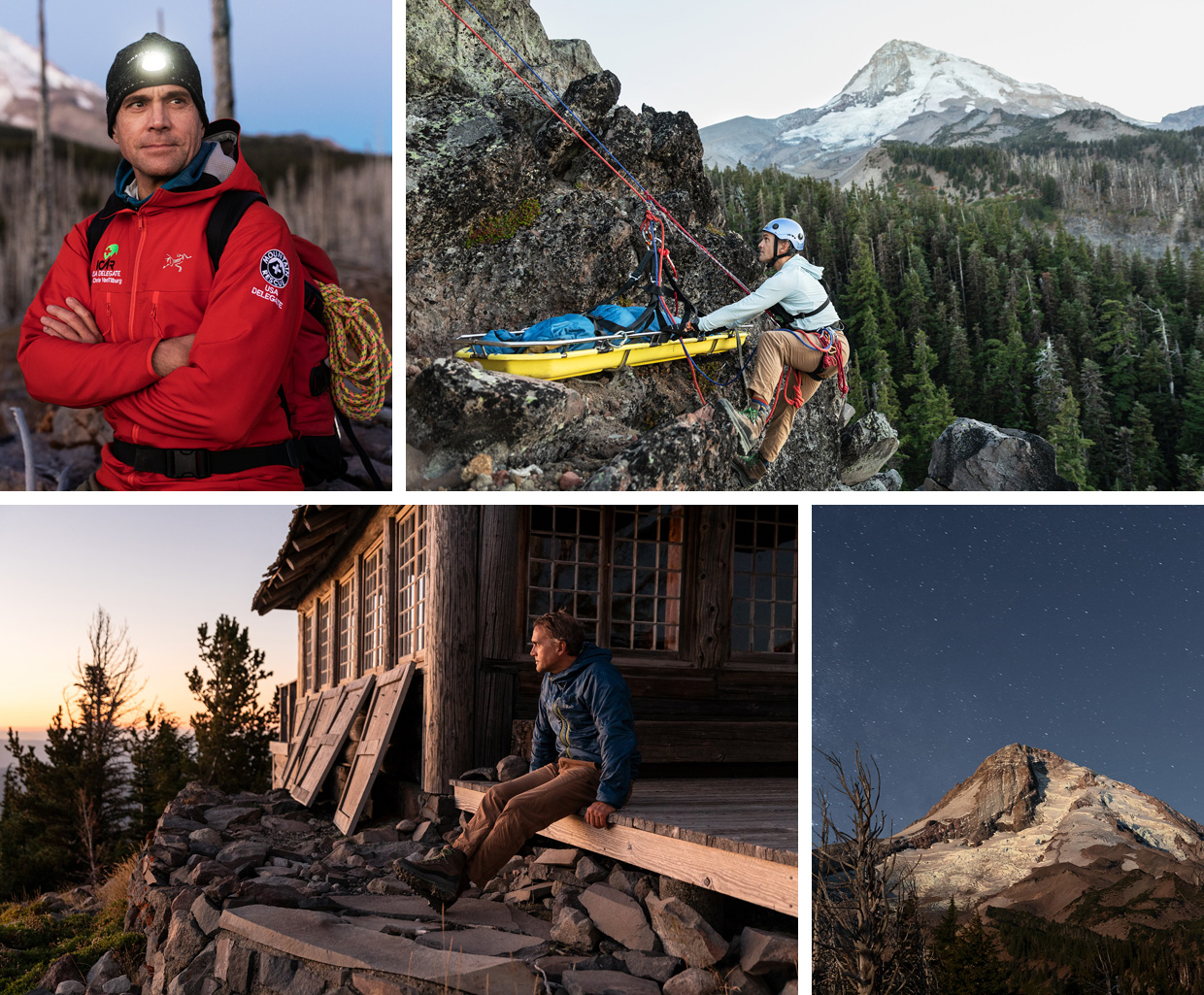 Christopher is a physician, public health officer, mountain rescuer, writer, and athlete. In addition to his duties as a doctor, Christopher is always ready to head into the wilderness, whatever the conditions, to rescue anyone who has found trouble in the mountains in his role as medical director of the ‘Crag Rats’ – the oldest volunteer wilderness rescue group in the United States.

Having grown up by Mount Hood, Chris knows the area better than almost anyone, with miles of stories under his boots. That experience helps him to perform his duties with the Crag Rats, who have responded to every call for help since their founding in 1926. Chris averages fifteen rescues a year, with an estimated total of around 200 rescues so far. It’s a humbling statistic. Don’t call him a hero though. ‘This is just kind of what we do,’ he says. ‘It’s just part of our life.’

For more information on this campaign visit danner.com/go-there and find them on Instagram @dannerboots

Behind the lens: Corey Arnold. When renowned photographer Corey Arnold was 19 years old he drove from California to Alaska to work on a fishing boat to save up some money to study photography. For five consecutive summers he worked the grueling hours of Alaskan fishing boats alongside other adventure seekers not afraid of difficult, dangerous work. It took years for him to turn his lens on that way of life. The resulting images are iconic.
Website: coreyfishes.com // Instagram: @arni_coraldo