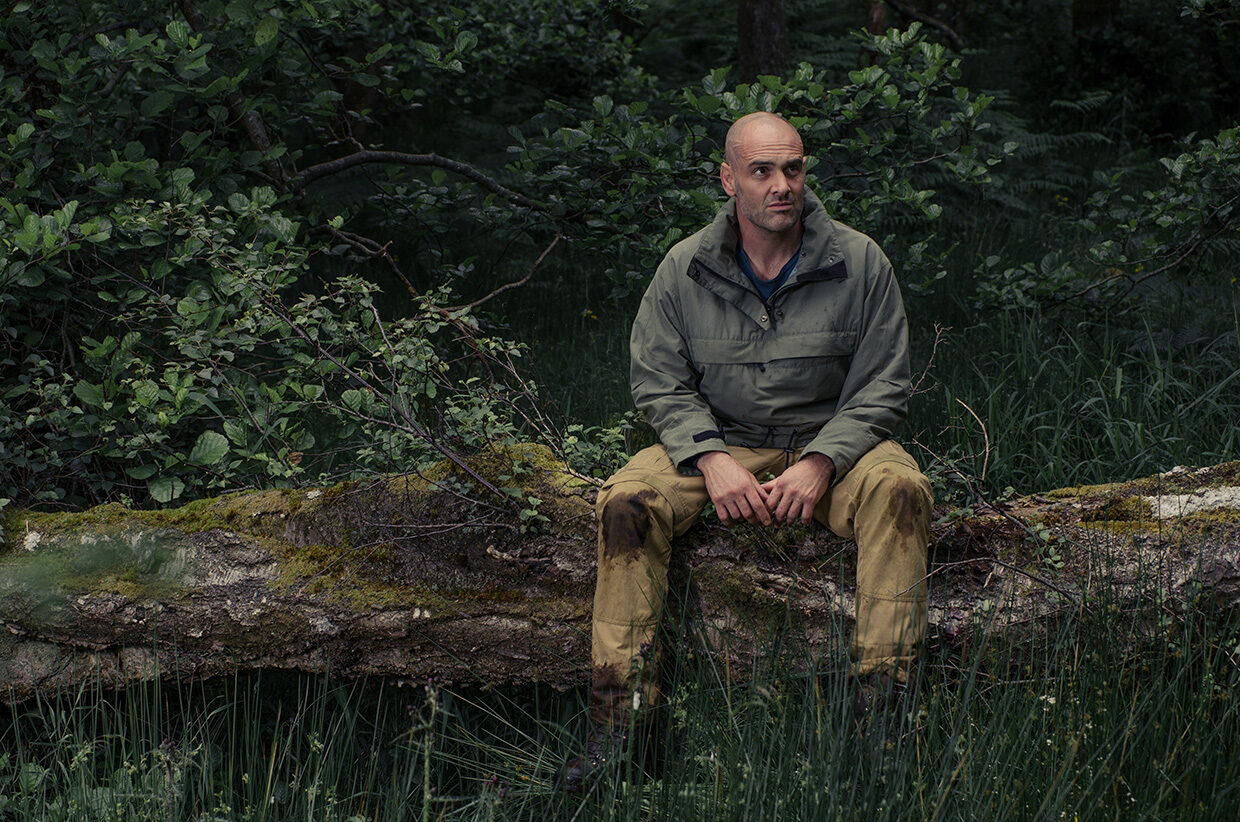 Is adventure travel an addictive escape or a vessel for self-development? What makes people leave their loved ones to take huge risks? Does showing vulnerability make us weak? In these uncertain times, how do we become strong individuals who can contribute to society? Adventurer and Guinness World Record holder Ed Stafford will explore these concepts with a different guest each week through his new podcast: Dangerous Minds.

Sidetracked: Why do you think adventure stories are important in the world right now?
Ed: The pandemic has hit so many people in so many different ways. I’ve got friends who have lost family members, and other friends who are smashing sales in their e-commerce worlds and making millions. Whichever way people have fallen, no-one can claim that that they haven’t been affected in some way – and, in my opinion, no-one knows how things will turn out. Adventure stories are important right now because people need reminding that you can push through difficult, unsettling times and come out on top. There isn’t an expedition in the world that has gone to plan. It’s the tales of mishaps and how it all came together in the end that seed hope and a positive outlook for the coming months.

What is it about adventure that provides personal growth we can’t achieve elsewhere?
We all learn from life’s tough times. They force us to dig deep and develop strength of character. The problem is that life is too often run-of-the-mill. Its all too easy to get by without doing too much work and so there is a tendency to stagnate, but expeditions are life in glorious technicolour. They are a series of intense situations where you have to think on your feet to get through. You won’t have all the answers initially, and so you are forced to adapt and to grow in order to deal with whatever you might face. A level of danger is a catalyst that supercharges this process. By increasing the risk, you expand the potential for growth. People who choose adventure choose life – for good and bad – and that can only be complementary to healthy personal growth.

With so much uncertainty in the world of travel at the moment, combined with concerns about sustainability, what do you think is the future of adventure?
I did a podcast last week with Ella Al-Shamahi. She’s a paleoanthropologist who specialises in Neanderthals. Her expeditions are risky because they often take her into war zones or places where the Foreign & Commonwealth Office advise against all travel. She hunts for ancient caves that could unlock clues to how we evolved as a species. To me adventure for the sake of adventure is fine, especially at the personal level, because it takes you on a journey and it gives you a crucible in which to evolve. But what Ella is doing has all that and much more. Precisely because of the difficulty of getting insurance, her trips have a legitimacy of mission that is hard to beat. I would love it if adventure evolved to assist in real journeys of discovery rather than speed records to the Pole. Is there still a place for adventure? Yes, undoubtedly, but it needs to grow as we have and, and be more than simply doing something that no-one has done before. That, in my book, is a stepping stone to bigger things.

How did you select your guests for the show? Are you looking for a certain trait in the people, or the styles of adventure?
I’m not really interested in tough guys. I’m not really interested in glory hunters. People who show vulnerability attract me. Jason Fox (from the Channel 4 show Who Dares Wins) is a great example because he’s being honest. You know he’s unbelievably tough, but there’s far more to it than that; he’s strong enough to reveal his weaknesses, as he believes that’s the only way of expressing the whole version of himself. I think digging into not only why we do what we do but also what impact it has on us mentally and spiritually is fascinating. I don’t think I’d have the emotional balance to be a good dad and husband had I not been isolated on an uninhabited island for 60 days. It was intense, horrific at times, but it was a space to shed old skins and morph into an adult who can take care of himself and others. If you’re still at the chest-beating stage of life, then sorry – you won’t be on the guest list.

The adventure world has been heavily criticised as celebrating only one demographic. You are giving a platform to a variety of people – why is that important to you? What can successful adventurers like yourself do to make adventure more inclusive?
In series one I chat to Geoff Holt, paraplegic yachtsman and great friend; Ella Al-Shamahi, who is of Syrian and Yemeni descent; Ness Knight, who is the first woman to swim the Thames; and Dwayne Fields, the first black ambassador to the Scouts, who decided to walk to the North Pole after a gun was fired at him. Every one of these people has had a steeper hill to climb than I did, and had to fight harder to achieve what they have. That makes them all the more fascinating characters to delve into and I’m honoured to have spoken to them all on the show. When someone answers the ‘Why?’ question with ‘because my family members are dying in Yemen’ or ‘because I want to show that black people can do whatever they choose to’ it puts many of the answers I’ve heard over the past two decades to shame. The big names right now are still Sir Ranulph Fiennes and Sir Robin Knox-Johnson, but adventure is changing, and by bringing these stories to the forefront I hope that it goes some way towards normalising adventurers coming from as many diverse backgrounds as possible.

Listen to the podcast here: podcasts.apple.com/dangerous-minds-with-ed-stafford

For more on Ed Stafford, visit edstafford.org and find him on Instagram @ed_stafford