Expedition: An Interview with Aldo Kane 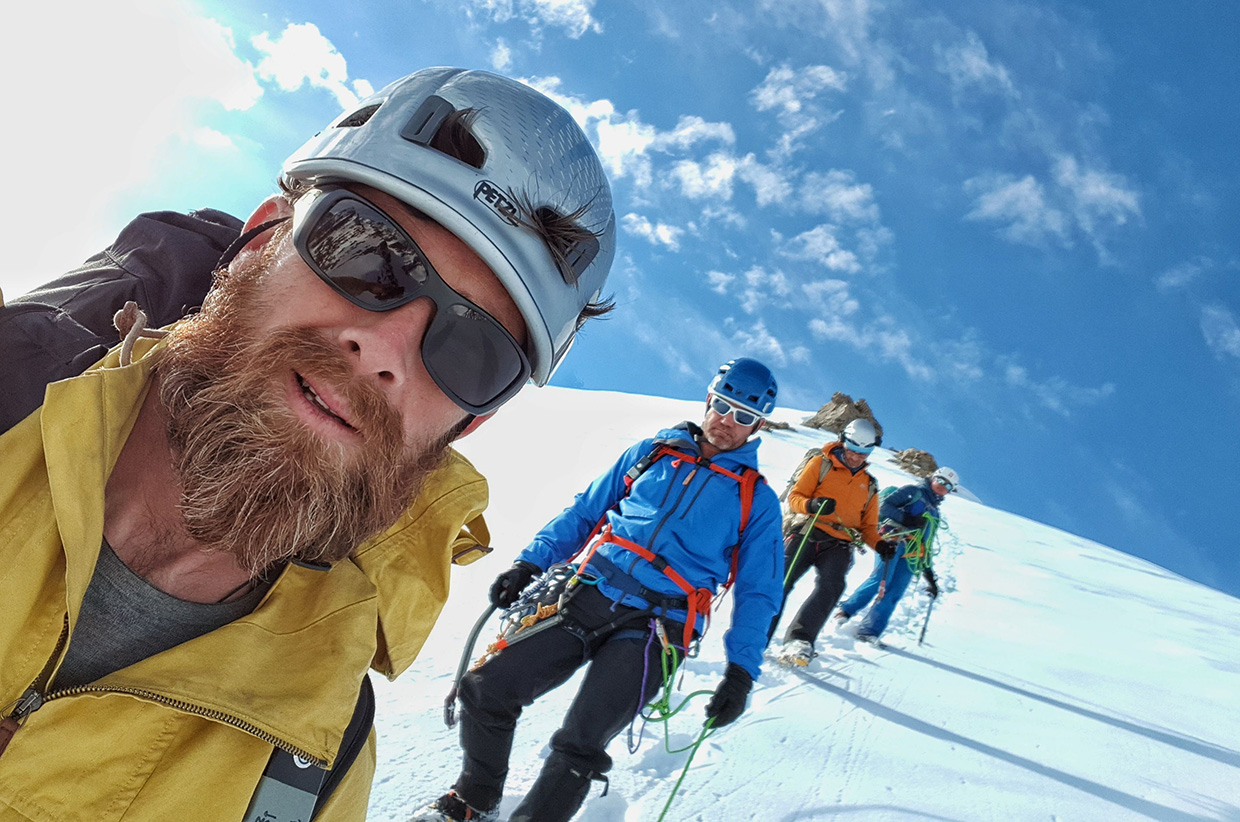 In a new documentary series, Expedition, naturalist Steve Backshall sets out to undertake a series of world firsts in remote, previously unchartered locations across the globe.

From deep caves and dark jungles to the high mountains and Arctic ice, accompanied by the Expedition series team, Steve’s adventures see him uncovering ancient artefacts and encountering extraordinary wildlife, meeting many remarkable people along the way.

We recently caught up with Aldo Kane from Vertical Planet who worked with Steve providing technical and safety support, to find out more about the series and the challenges encountered.

Sidetracked: Where did the idea for the Expedition series come from?
Aldo: Expedition is the brainchild of naturalist Steve Backshall who worked in partnership with the production company True to Nature, based in Bristol. The premise for the series is that Steve visits ten different places, taking on a new challenge in each. After selecting the challenge which the team would attempt, Steve also identified a leading expert in a relevant field, to join the team. Many of the challenges had not been attempted before and every location presented its own unique difficulties.

How long has it been in development?
The project had been in Steve’s head for more than 20 years, but the serious research and development has all taken place in the last three. The expeditions started early in 2018 – the first in Mexico – and the trips were completed back to back, finishing in April this year. 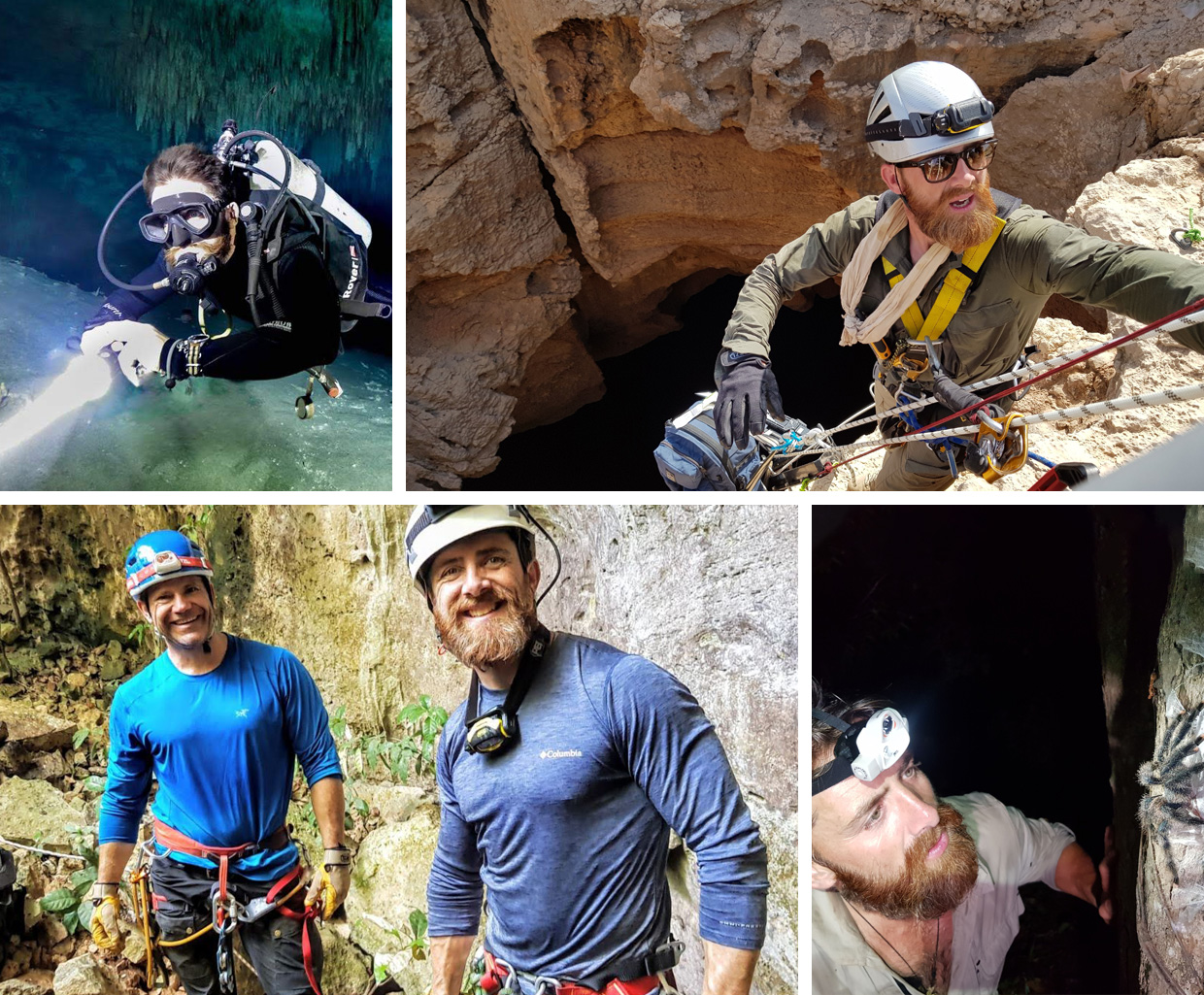 What was your role within the Expedition series?
I run a company called Vertical Planet which provides technical safety, security and logistics services for the TV and film industry – expeditions are what we do best.

My main job was to manage the safety of Steve, the film crew and expedition members. By its nature the Expedition series crew were continually exposed to a variety of risks and while my duties involved everything from those of medic to cook, my main objective was always to make sure everyone came home safely, with some great footage in the can.

The world of firsts is fraught with issues. How did you make sure they were firsts?
Steve and the entire production team worked tirelessly, conducting thorough research and consulting with leading experts in their field throughout the series, to ensure that we were, to the best of our knowledge, attempting world firsts.

In the end, it was a privilege to see so many unique places, from such an unusual perspective. There were times when the discoveries we made reminded us that the planet is extremely old and that we were not the first to explore a certain area. But whether we were the first to explore or not, I believe the Expedition series is the first to document the sheer beauty of these natural wonders.

How did you choose the locations?
Each location was decided upon by Steve and the team, often only after several months of discussion and deliberation. It simply wasn’t possible to film in some of the places we wished – either it was just too dangerous or the logistics too complex to be compatible with our aspirations for the series. In the end, every location was chosen because it would provide the most interesting and previously unseen potential for adventure.

Which episode was the most challenging to film and why?
Every episode was tough in different ways. Filming in the jungle for instance is always fraught with issues due to the humidity and high rainfall. Oman was also a very difficult location to operate in simply because of the extreme heat – rigging 400m abseils in that environment is exhausting. But the most challenging episode to film and the one with the highest stakes, was perhaps the white water expedition in Bhutan.

Everything about it was incredibly challenging, from filming to simply keeping the crew and our kit safe.
Steve operated on his own with the paddlers, regularly putting their skills to the ultimate test on big white water with few or no bail-out options, while we were often hours or even days apart with no news of progress.
Keeping cameras and other vital expedition kit working and serviceable was almost impossible at times and on one memorable occasion my raft was pinned with the main camera and sound kit completely under water throughout the entire rescue. 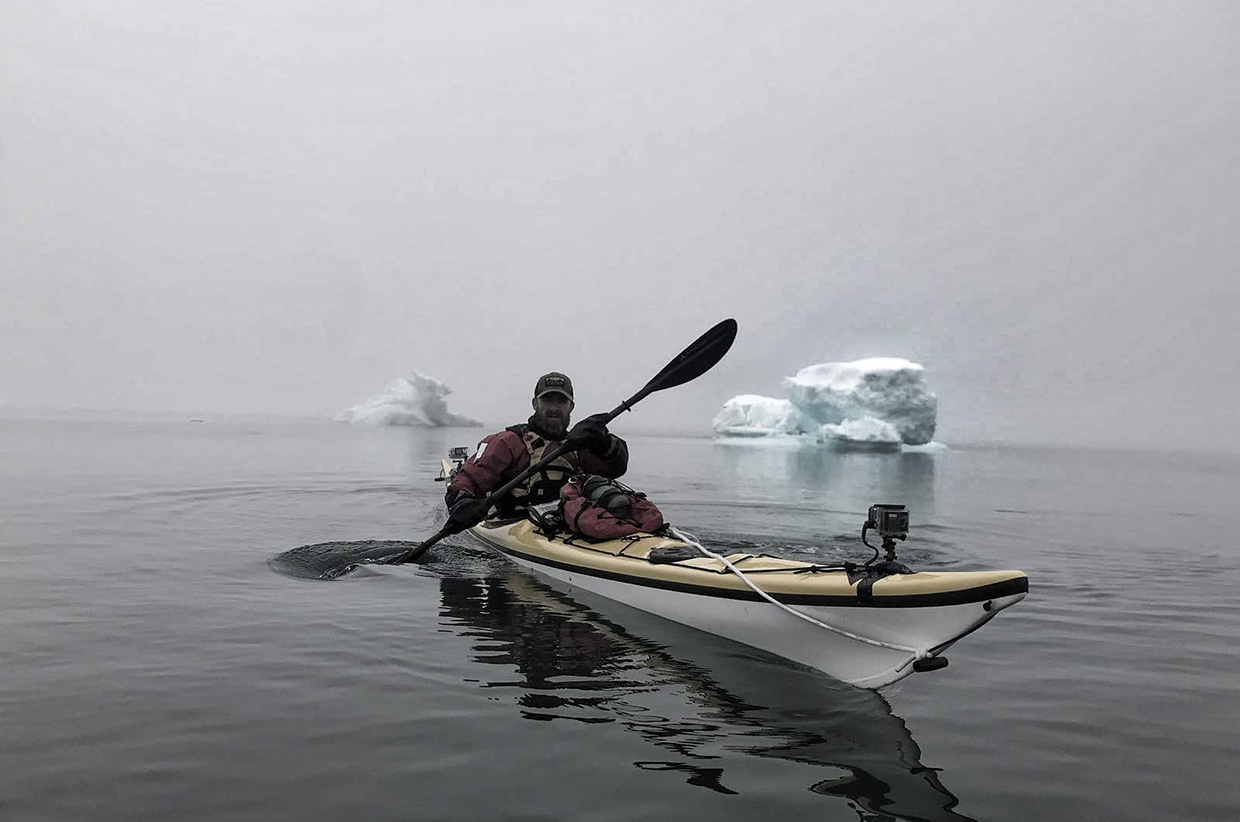 Which episode was the most satisfying?
Greenland.

I had just spent 10 days inside a nuclear bunker, alone and in the dark, as part of a BBC experiment.
I was desperate to get out, to see daylight, and longing to get to Greenland, a place I had wanted to visit since my childhood. Paddling and climbing for a month in the Arctic was quite simply, a dream come true. It was also the first time I had seen a polar bear in the wild, the first time I saw icebergs and the icing on the cake was bagging a first ascent with Steve.

Were there any scary moments?
In hindsight there were many although one was particularly frightening at the time. I can’t say too much before the show airs, but Steve had a nasty experience while paddling in Bhutan. He was rescued by Sal Montgomery and in his own words, owes her his life.

What was the most surprising thing you discovered?
I can’t give too much away but every expedition was a treasure trove of discoveries including things entirely new to science as well as artefacts that were thousands of years old.

Exploring a cave system in Mexico, we found pottery that had been smashed in an offering by Maya cultures, thousands of years ago. How they had got so far into the cave system without any of our modern paraphernalia – head torches, ropes, climbing gear – was mind blowing.

What was the most important thing you learnt from making the series?
The most important thing throughout production was teamwork and effective logistics. You simply can’t do ten expeditions around the world in these sorts of environments without an amazing team behind you.
While filming, the crew would normally be kept to a minimum – just the camera operator, sound and drone operator, director/producer and a local fixer/producer.

It means everyone must be operating at the top of their game and in most cases, doing more than one job.
But for all of this to even get off the ground, the expedition must be organised in the first place and that was credit to the hugely experienced team at True To Nature.

For more information on Aldo, visit the Vertical Planet website or you can find him on Instagram @Aldokane