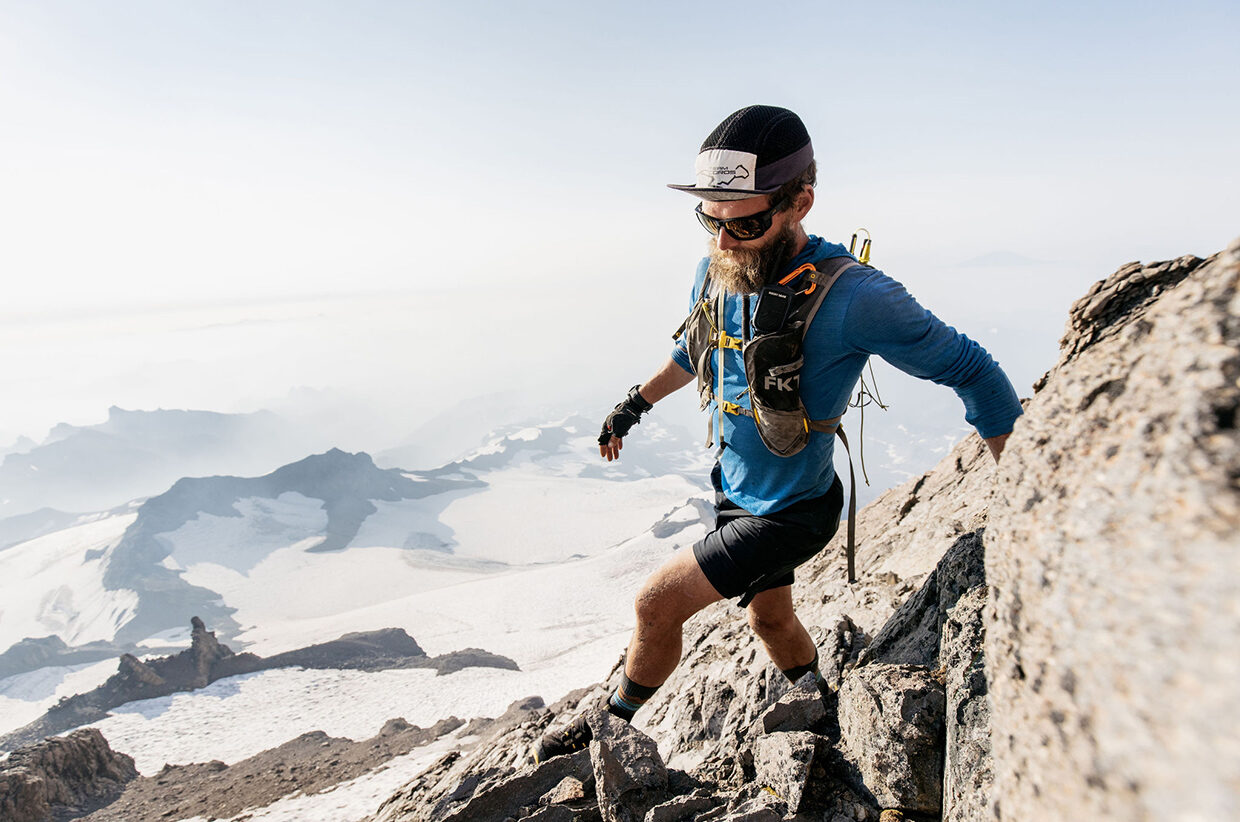 ‘I didn’t know if it was possible, but I felt it was obvious that the target should be 100 days. One peak per day – right?’

FKTs – Fastest Known Times – have become a central fixture of ultrarunning in the past years. Spurred by the cancellation of races and events, the freedom to compete to achieve a trail record when it suits the athlete and the conditions has led to some impressive athletic endeavours from the running community. Jason Hardrath, a PE teacher from Oregon, USA, set a challenge to achieve 100 FKTs to inspire his pupils, and ended up spending an entire summer to break just one FKT attempt – a round known as the Bulgers List, the highest 100 peaks in Washington State. As you do.

The documentary film on his challenge, Journey to 100, directed by Lauren Steele, made its Canadian premiere at VIMFF on March 4th, where Sidetracked deputy editor Jenny Tough was also presenting. She took the opportunity to interview Jason on his mammoth project. 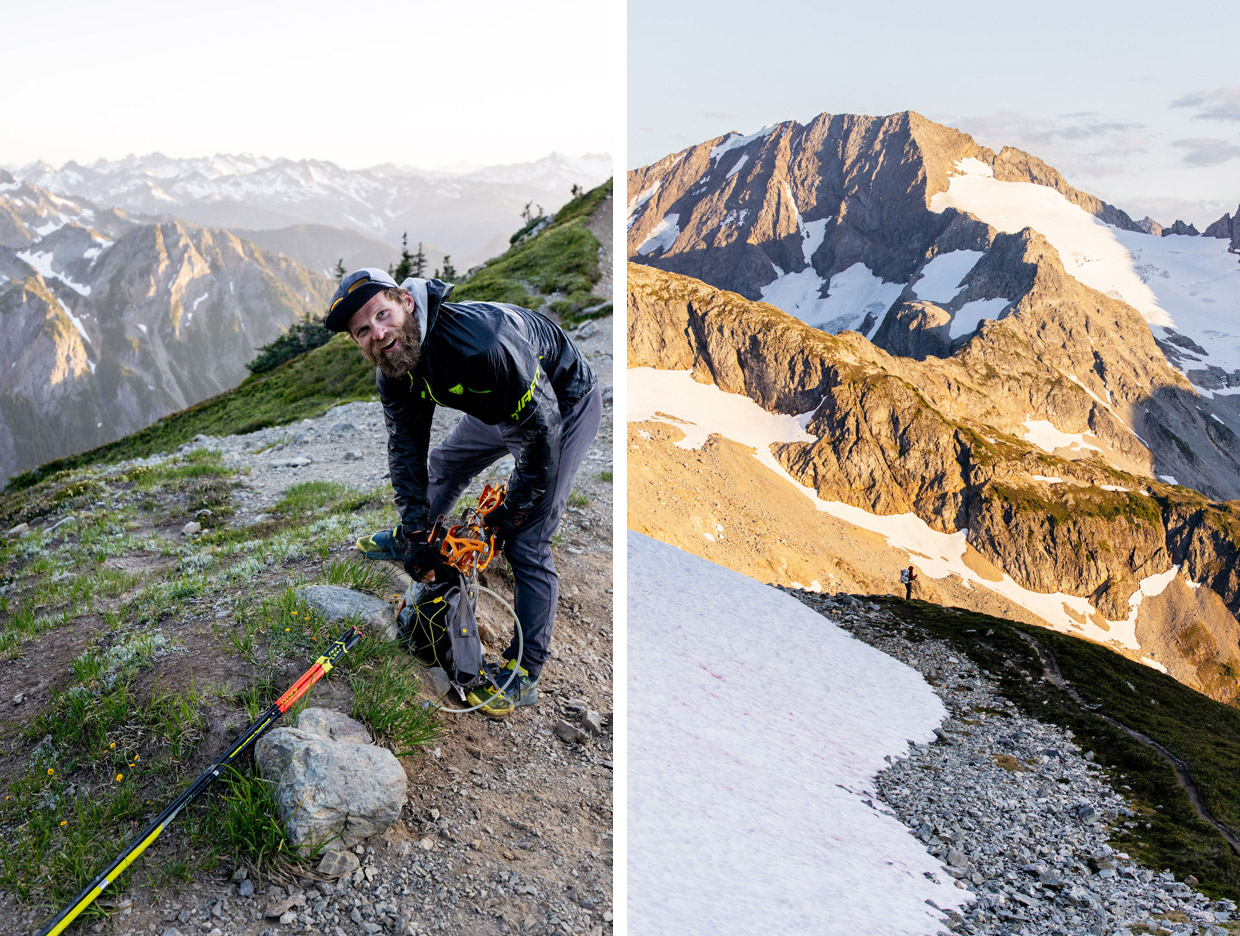 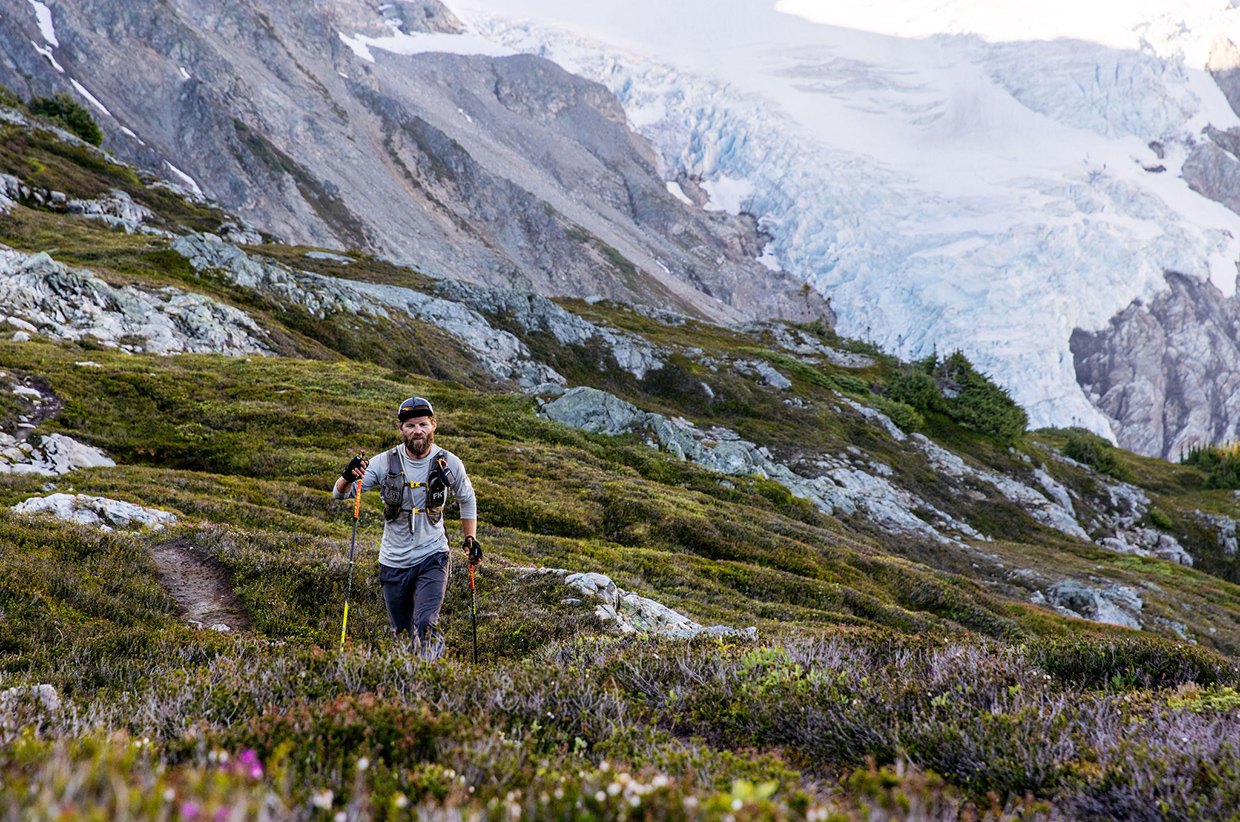 Sidetracked: Give us some background to the project – how did it come about?
Jason Hardrath: I came across the Bulger List on a local forum, debating the topic for the most iconic FKT in the North Cascades. Someone suggested the Bulgers, and the record at the time was 410 days. I remember the user writing ‘that record will stand for a long time’. The athlete in me had to disagree. I never commented on that thread, I think it just went into my back pocket for a couple of years.

As I neared my 90th FKT, people had started asking what I would do for the 100th – it surely had to end on something big, something interesting. The Bulger List came back to my mind. Doing all of those peaks requires a whole skillset – a lot of the peaks are remote and require long, difficult approaches, and many are technical and involve climbing. Finishing my 100 FKT attempts on one that would combine all of the skills I’ve honed seemed like a really perfect project for me.

How did the planning process go?
I didn’t know if it was possible, but I felt it was obvious that the target should be 100 days. One peak per day – right? I talked to lots of people to gather beta and put together my plan, and most of them were pretty doubtful that the whole thing was possible. They kept telling me which peaks they thought I would quit on, citing how difficult or discouraging certain areas were.Then of course I needed to finish it within one school summer holiday, which I realised then would reduce my earlier estimation to about 50 days.

I was really motivated to show everyone that this was possible. I felt like if I could do all of these peaks in one summer, it would be my contribution to the Pacific Northwest mountaineering culture. A lot of mountaineers come out here to cut their teeth on our unique and challenging terrain, and I knew that this project was going to be so much bigger than just me. 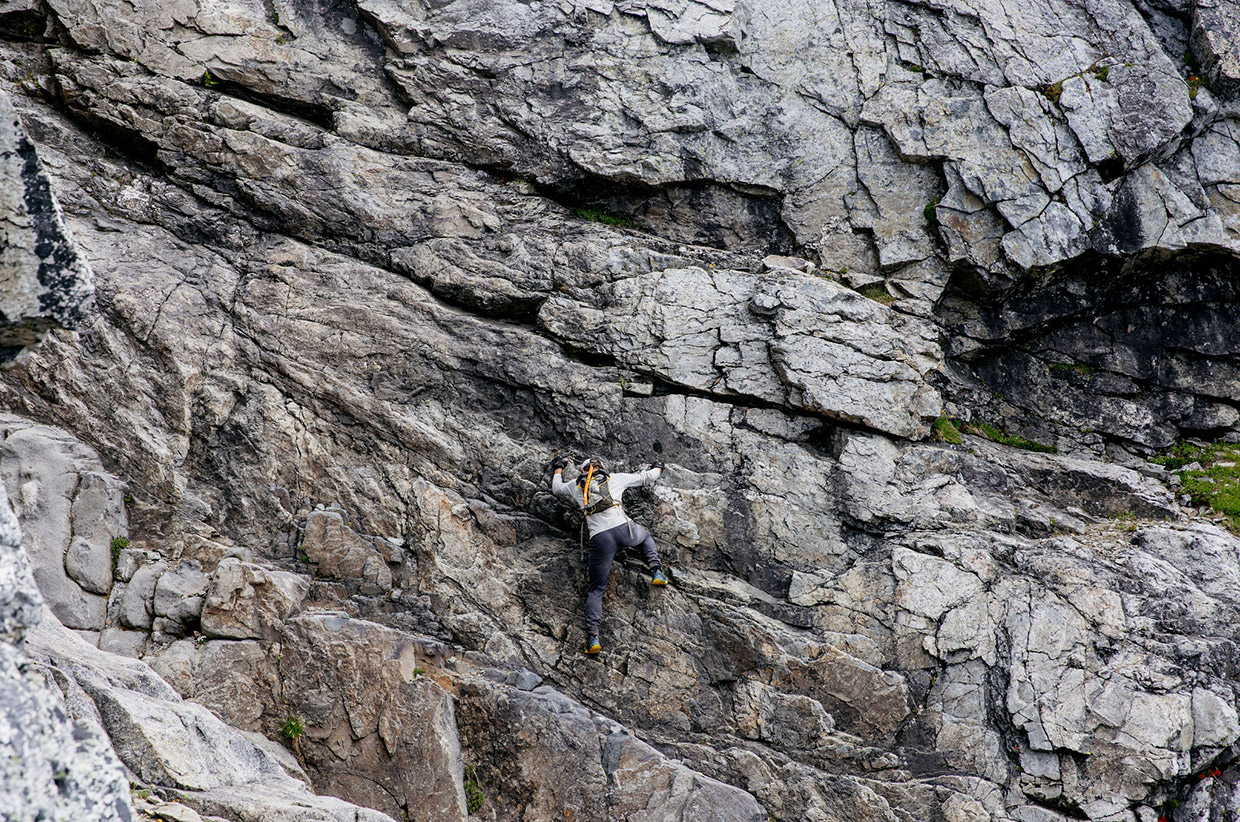 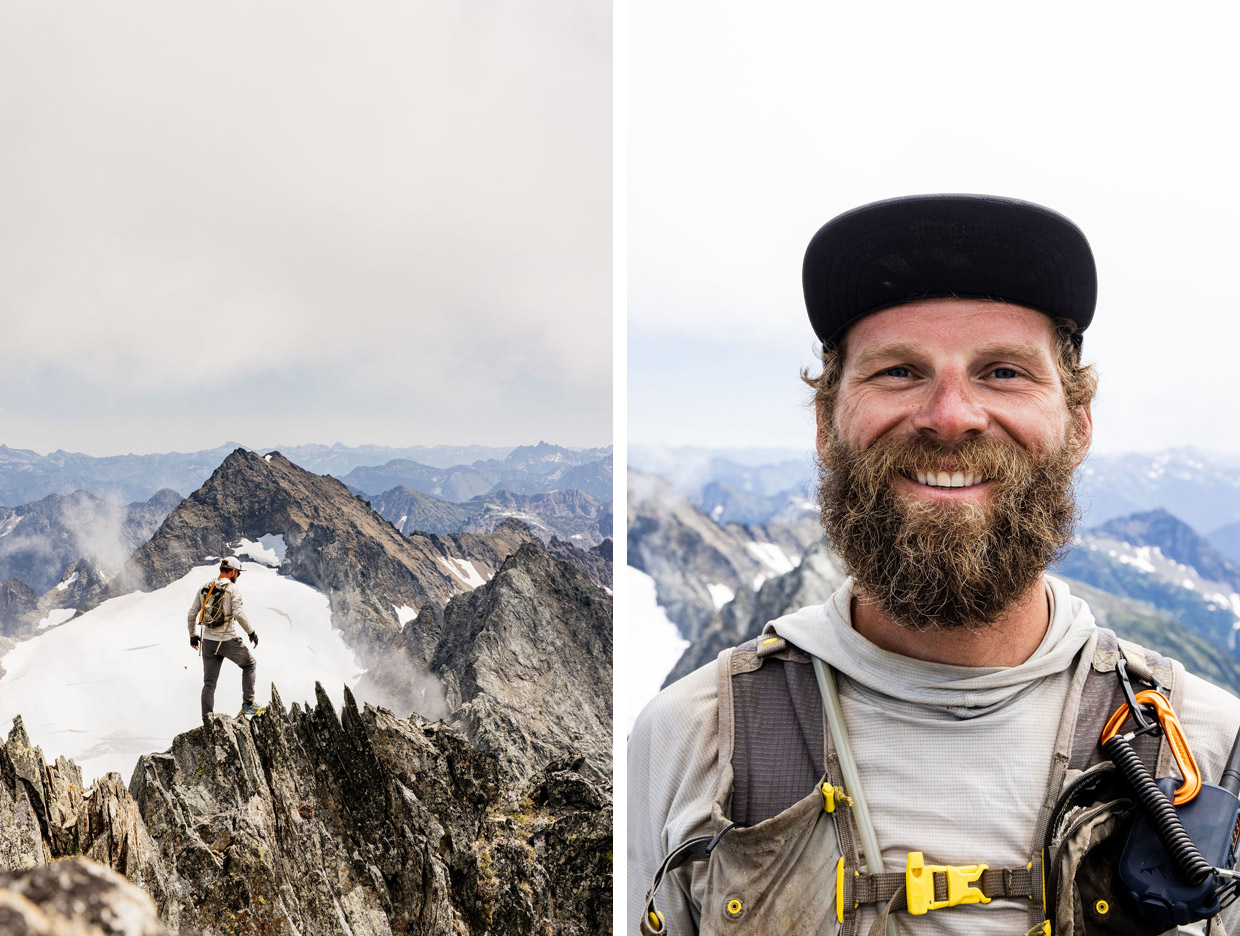 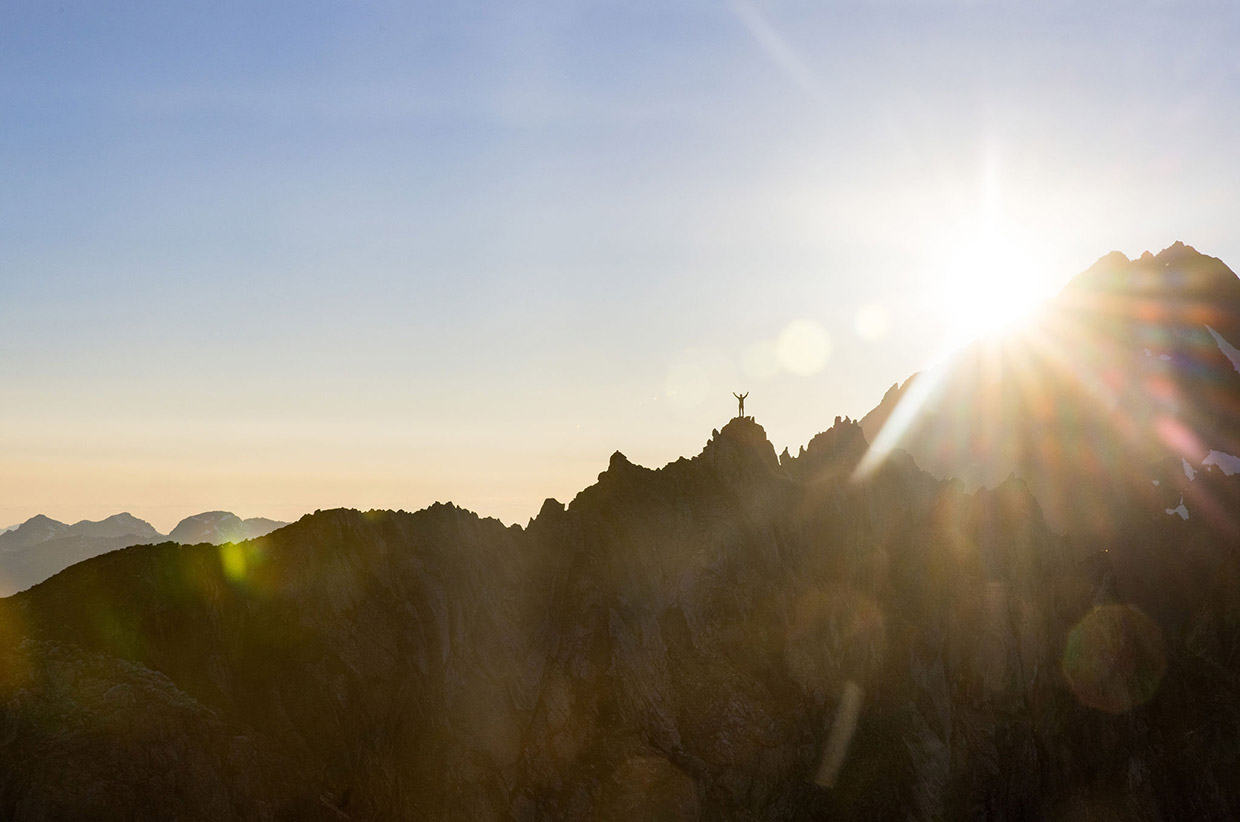 What do you wish you’d known at the start?
Nothing – I’m happy with unknowns that came up when they did. That’s what I wanted. That’s how you get truly tested.

Were there any snags?
A set of peaks called the Chilliwacks in northern Washington are only accessed from the Canadian side, but with the border closed the only option was a truly heinous bushwack. It felt like the looming crux – everyone I spoke to commented on how miserable and difficult this approach would be. It was also really committing and I had no room for error. When my climbing buddy and I got in there with six days’ worth of supplies, we had to tick off the peaks and get out without any delays, as there was no resupply or evacuation option. Some of the peaks in that region were the hardest, so being able to climb quickly and efficiently after the exhausting bushwack was intimidating. Fire season was really the biggest barrier to the whole project, and involved some extra days in driving around closed areas when big fires broke out. I’m really conscious that the summer seasons in the years ahead will only be worse.

What was the high point?
I had so many top moments along the way, but one moment that really positioned the project was that Chilliwacks segment. It was the last technical crux before I started on the volcanoes – all relatively easier peaks – so when my climbing partner and I got to the summits of Hardnox and Easynox before noon one day, I knew I was starting my victory lap towards the finish. Around this time people who had doubted the project really came around. I had so many people in the community cheering for me at this point. It was amazing to realise that this project was so much bigger than me, and to feel so much support gathering behind me. I was on really high stoke coming out of that segment. 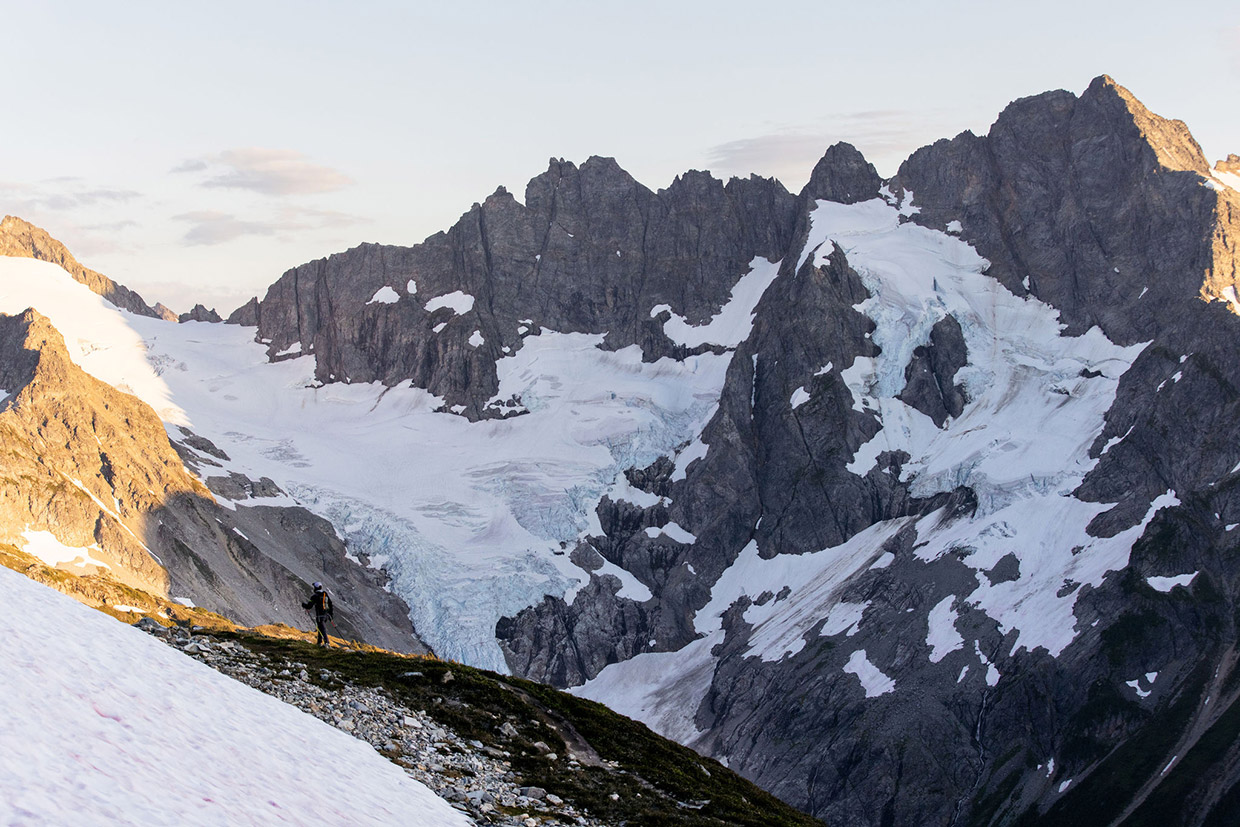 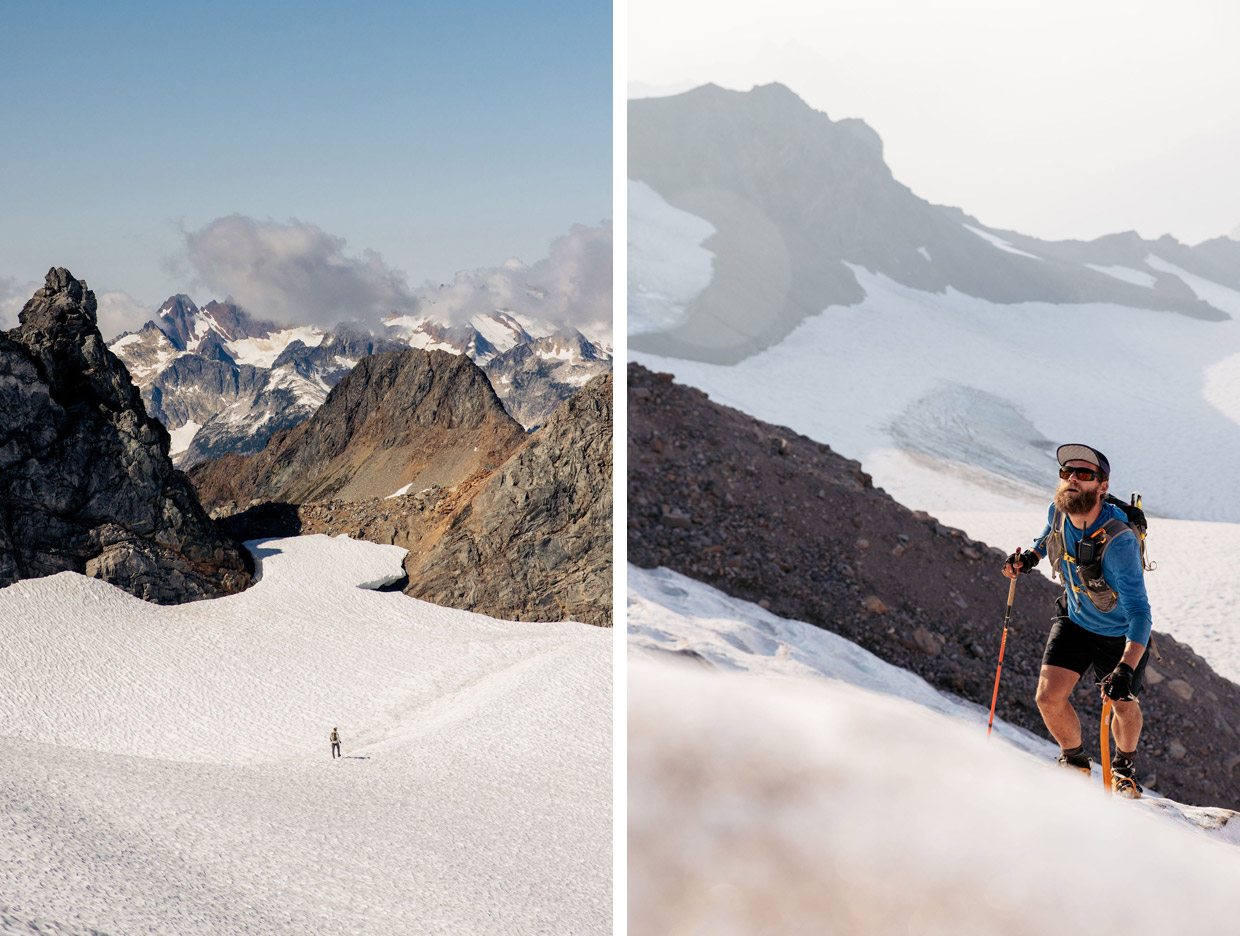 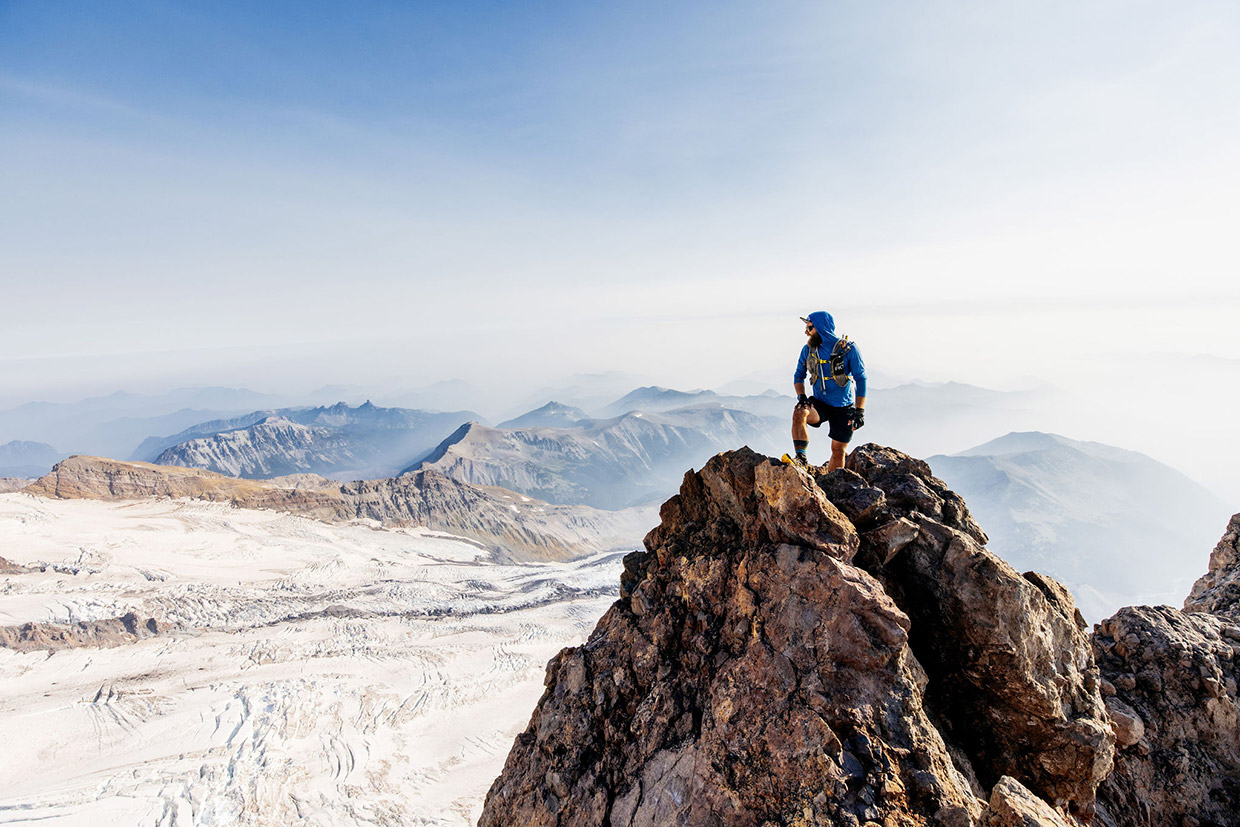 What does the recognition of getting an FKT mean to you? What if someone comes along to break it?
I don’t think anybody is going to get that record too soon – it’s a project you really have to work up the courage for. In the whole list, only four of those mountains have a trail to the top, so to get them all it involves a ton of bushwacking, glacier travel, climbing, and proper Washington backcountry. Add in fire season, and it’s just not an easy thing to come together in one season. It’s a true test for whoever wants to come next – and I’ll gladly be there to support them! (Although I’m not saying I wouldn’t be tempted to take my record back again if someone breaks it.)

Final words of wisdom?
In life it’s important to aim at the highest thing we think we can aim at. To take on the projects that both inspire and scare us. Even though there will be a lot of pain and dark, doubtful moments on that path – it’s always worth it.