Lure of the North 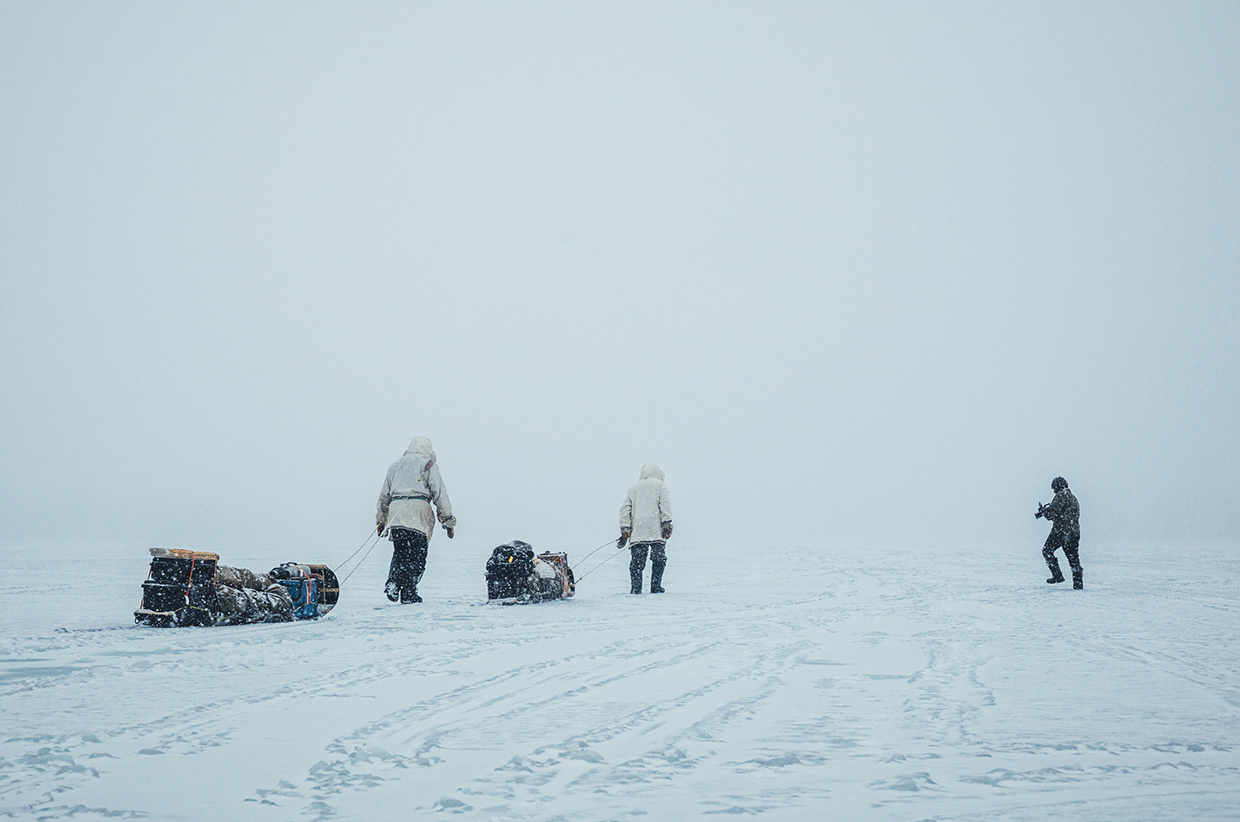 Goh Iromoto is a director and cinematographer based in Toronto, Canada. In this film, he explores the beauty and hardship of winter travel. We spoke to Goh as the film was released to get a behind-the-scenes perspective.

Where did the concept for the film come from?
This project began back in 2016. I had just watched The Revenant and was truly inspired – partly because it was so raw and beautifully shot, but also because I knew that the same beauty and harshness could be expressed right in my very own back yard of Northern Ontario. I thought, ‘Imagine if I could capture a similar feeling to The Revenant, but with real people in real conditions.’ I had met Dave and Kie Marrone on a previous commercial shoot I’d worked on, and remembered being fascinated by their expeditions and how they took on such a traditional form of travel. So the wheels started turning and I reached out to them to see if we could work on a short film that could capture the beauty of winter travel.

Where does the lure of the north come from with you?
I feel that the lure comes from both a physical and mental place – and this applies not just to the north, but all forms of outdoor journeying. I’ve come to learn that through overcoming physical hardship there’s a great sense of self-empowerment, growth, confidence. I’ve ventured into the outdoors since I was young, but it wasn’t something I was conscious about. As I grow older, and have less time to venture into the outdoors as often as I’d like, it’s become something that I’ve become quite aware of – how outdoor experiences can help one grow.

Mentally, the north becomes a place of peace and reflection. There’s nothing like the silence of winter nothingness. When you have to take a walk into the woods to go number two, there’s not a single bug, not a single sound that you hear. Up here, there’s no way to avoid the void in your mind. So it’s the duality of the harsh physicality and the mindfulness – a conflicting love affair as I’ve called it – that lures me to the north.

What is the underlying ethos to all of your still and film work?
Beauty and human connection are two elements that I often use as foundational themes to ground my work. I see so much beauty in the outdoors. Being able to capture and share this with others, and then inspiring them or making them self-reflect, is a fascinating effect of the film medium – and it’s something that many others have done for me. But it’s not simply about beauty; the human connection that we all share is something that I also love to capture and express. I suppose that within the outdoors, a lot of societal elements get broken down to the basics. Our wealth, our class, our possessions all take a leave of absence and what really matters becomes important for that moment. And in that moment, we humans can all connect on a basic level. One that focuses on survival and cooperation. I’ve always kept these as foundational elements of my work – and ultimately what define me as an individual. 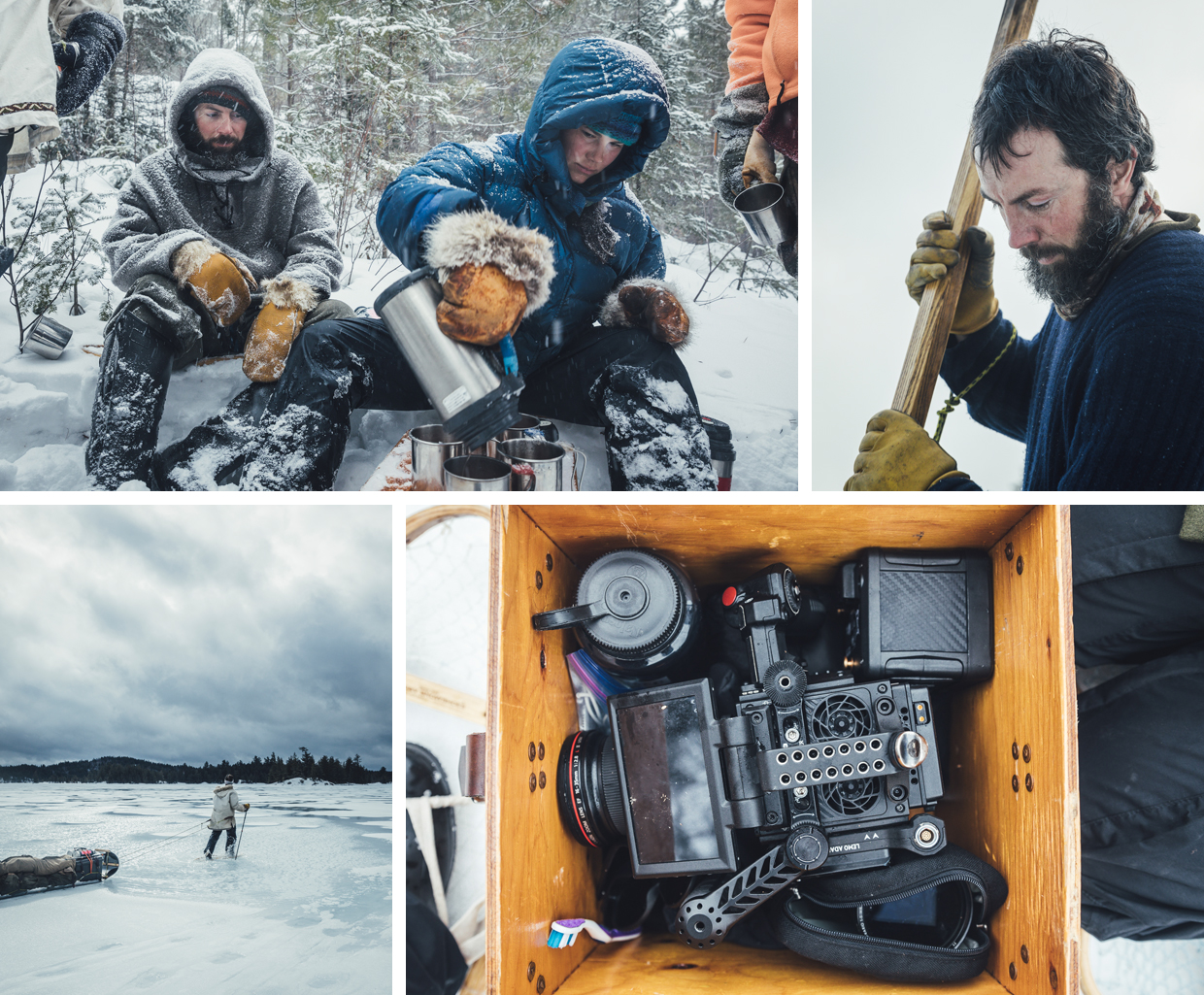 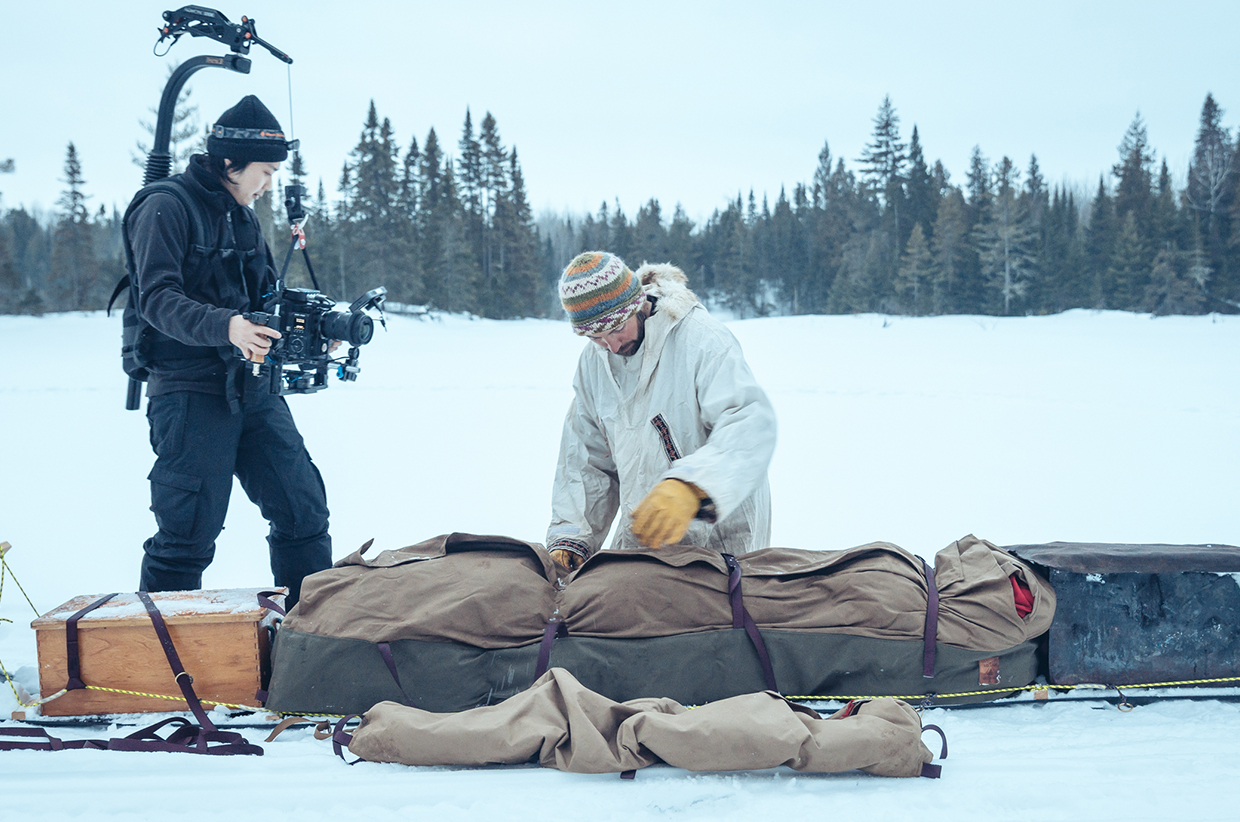 Do you think life in the north is misunderstood?
It’s an interesting question. In Canada, the true north would be defined as the Arctic territories of Nunavut and NWT. These regions truly have had several issues of misunderstanding within their indigenous cultures and populations. What I should clarify here is that this film was made in north-eastern Ontario, which is some distance from the aforementioned regions. Northern Ontario is home to several (but different) indigenous cultures, and the landscape differs from its neighbours further north as well. Geographically, this region (known as the boreal forest) is peppered with lakes and rivers of various sizes. These waterways are used both in summer and winter to travel, as fur traders and other indigenous peoples did many years ago. This is the landscape that our film takes place in. It can still be quite remote. And, especially in the wintertime, it can be harsh – I quickly learned that winter travel has far more risks than in warmer conditions. But it does display a different kind of beauty. The same lakes and rivers that you may canoe through all transform into a different landscape. And it’s one that is often missed by locals – most likely, like myself, due to not really knowing what’s out there, what it looks like, how to get there.

What are the challenges of filming in such a cold environment?
Travelling in winter is challenging enough, so adding a camera kit with enough batteries for a full week of travel (not to mention lenses, a laptop with additional batteries for media backups, etc) had its additional challenges for sure. We were limited to the gear that would fit on our toboggans. Most of my camera kit had to fit in a day box about 15” x 15” in size. We had a couple of batteries completely die on us due to the cold. And the condensation caused by going in and out of the hot tents was hard to manage. Most of the gear would be coated with a layer of wetness that would then turn into frost, and lenses would fog up (although as a result we ended up with some unique diffused shots). Eventually though, like everything, you start to build a routine and each day goes by – some days you’re excited about the new trail, others you’re exhausted, and in others you just go on autopilot and recollect what you saw and filmed in the edit room.

What other projects are you working on at the moment?
We filmed this project back in 2016 and 2017. Since then we’ve been filming projects over in Kenya combining human stories alongside the wildlife that lives among them. It’s the exact opposite of northern Ontario in that it’s a lot hotter, and instead of snow creeping into the nooks and crannies of your camera gear, it’s dust. Lots and lots of dust everywhere. We released a film called The Wonder earlier this year, and plan to have another one released in 2020.

Is your next film going to be Lure of a five-star hotel in the Maldives?!
Haha. The above sort of answers this… but wouldn’t that be nice!