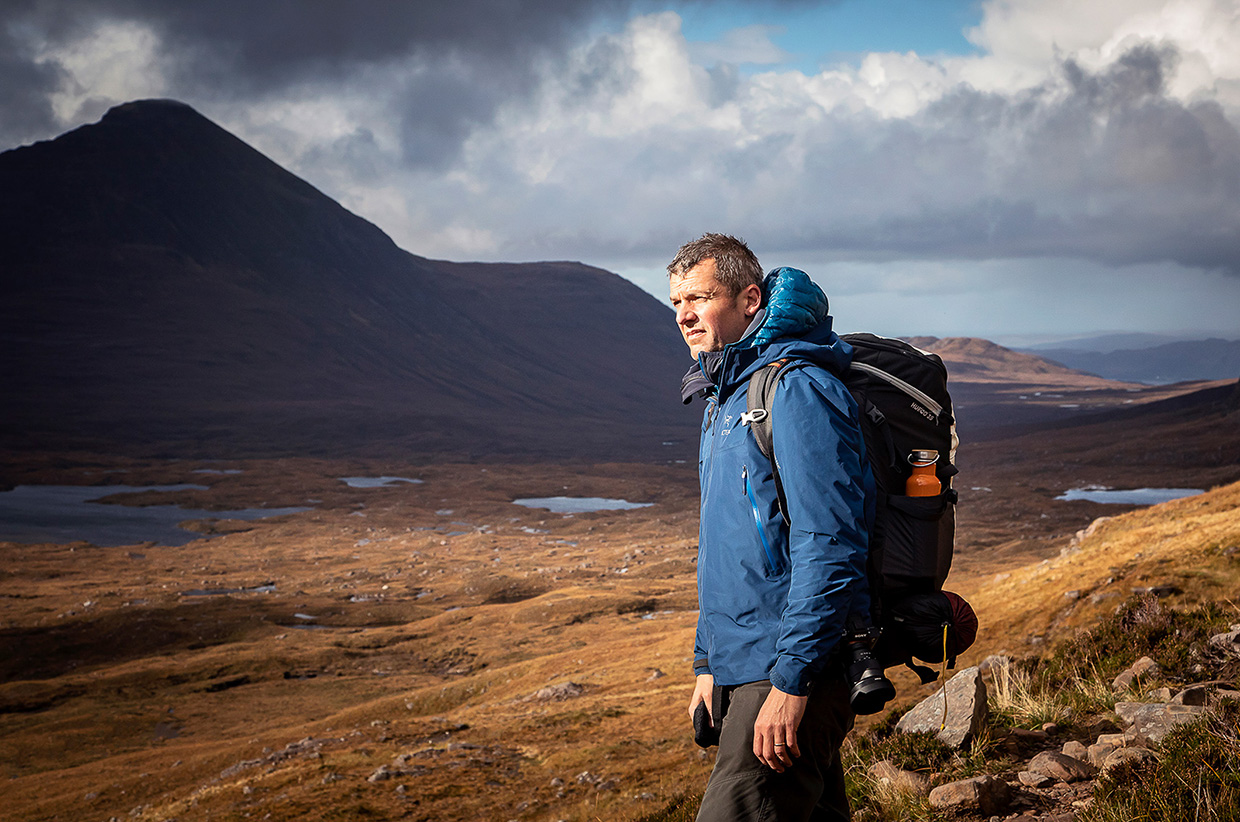 Water seems to come from all directions in the Highlands. Beside me, water, white with anger, fell dozens of metres from a loch. It dropped with such force I felt the downdraft may suck me in. It was October, and the rivers were abnormally full. A glance towards the sky suggested why. A rainbow arched above me, but a row of black clouds lined up beyond like planes waiting to land. Below the bubbling shadows, the landscape was rendered a pointillist painting under the grey falling raindrops, the violence of which I’d rarely seen. It had been a wet few days, but it wasn’t going to stop our ascent of some of the great Torridon mountains.

We were prepared, of course. Water is perhaps the most significant threat on the mountain, especially when wild camping. What may seem an inconvenience on a day walk can turn into something much more severe on a camping trip. It is water that makes you cold, sometimes dangerously cold. When walking in the mountains, water comes from both outside your jacket and inside, from moisture generated by the body. Both need to managed and guarded against. This is why the waterproof jacket is probably the most essential tool for a trip outdoors, one not to be skimped on (there’s plenty of gear that can be).

A great waterproof – and you’ll usually know it’s perfect as soon as you try it on – should fit as if it were tailored for you. Only then is it worth looking at the features beyond. I was trying the Beta LT from the British Columbia-based Arc’teryx: a company that excels in the waterproof shell. The Beta LT is perhaps the company’s best product, and it’s become so popular primarily because of its fit. It has an almost elegant aspect to it, rather than many boxier versions we see. There’s a simplicity; no unnecessary seams or pockets. 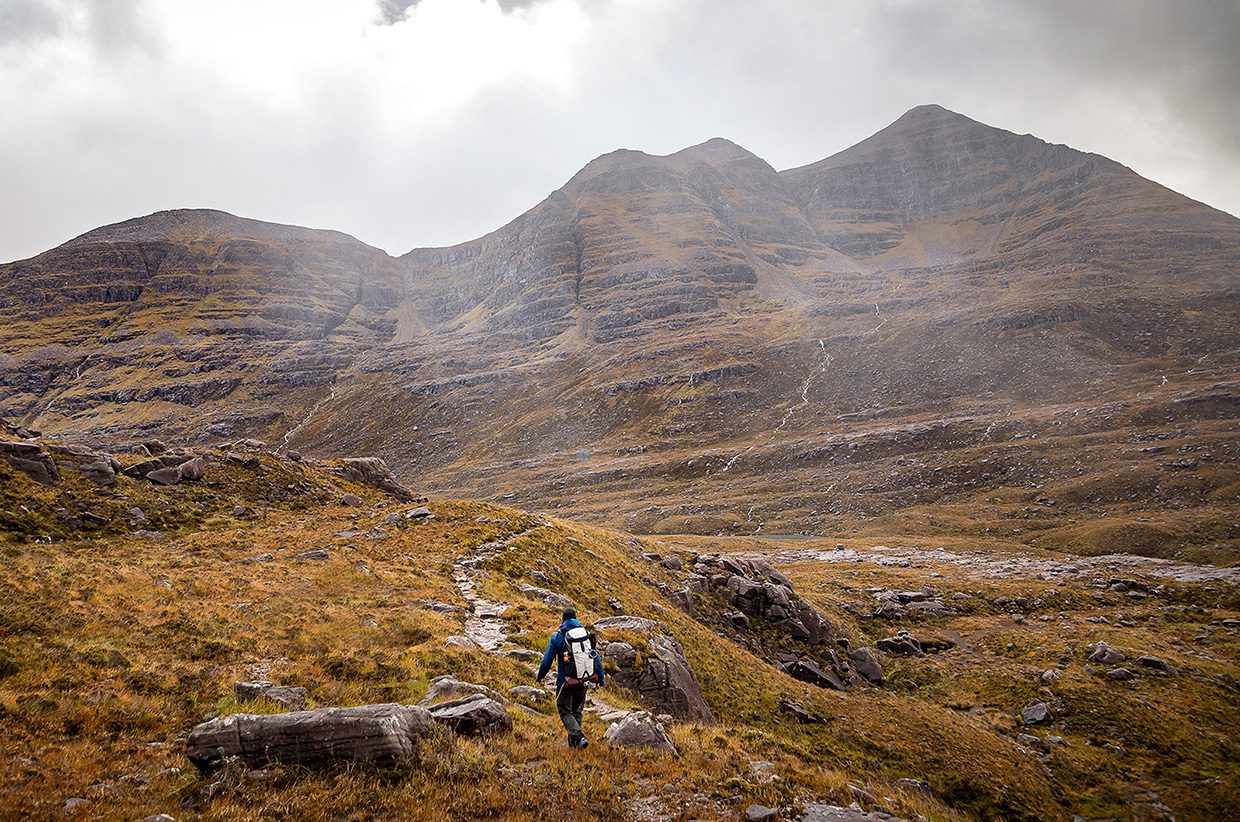 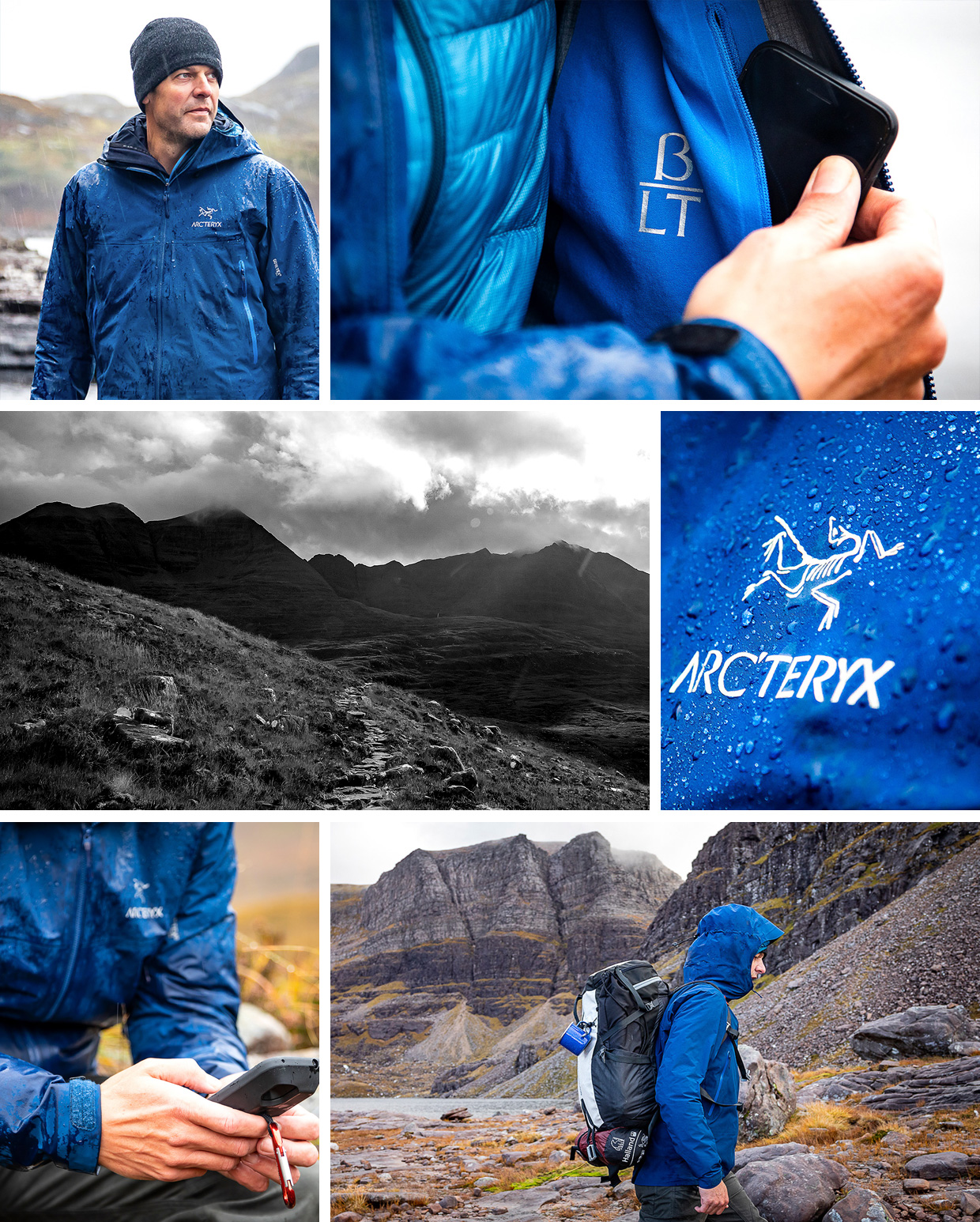 The material is Gore-Tex Pro (Arc’teryx have had a long, close, and fruitful relationship with the world’s most famous waterproof material company). When you put it on, it feels as though you could take on anything Scotland’s skies could muster.

As well as the fit around the body, the long arms, designed for scrambling and climbing, offered ample space. I’d have liked an inch more length on the hem, as it did ride up a little under a heavy rucksack. But when wearing a backpack, the pockets remained high enough to access above the hip belt. They are generous too, easily swallowing an OS map. There’s another interior pocket.

The material itself is designed to be breathable, eliminating as much as possible the accumulation of moisture inside the jacket. Condensation on the inside can seriously chill you when you stop. The idea behind Gore-Tex Pro, and most waterproof materials, is that the vapour can escape through the fabric. Its success depends on many factors, including the often-overlooked garment under the jacket, but in this case we found Gore-Tex Pro fantastic. I know this because I didn’t notice it at all. Gore-Tex is rustly when the hood is drawn up around the ears though.

The hood is helmet compatible, which means there’s plenty of material up there, and for a walker without a helmet, it requires plenty of gathering in. The most useful adjustment point draws in around the forehead with a cord accessed from behind the head. It’s quickly done with gloves on. Another two cords draw in from below the neck. The cords are left to dangle when fully drawn in which means they are liable to be swung around in the wind, but not enough to hit my chin over the high collar.

Another cord can be pulled in around the hem, one I needed as we walked up along the waterfall to this loch on the high flanks of Beinn Eighe. Another shower thundered down on us. Peering out through my hood, I saw a shaft of sunshine force through the clouds and draw across the great boggy expanse, casting rainbows. It was a good day to be in the mountains.

For more information on the Beta LT, visit arcteryx.com or follow Arc’teryx on Instagram @arcteryx
Photography by Rachel Keenan // Written by Daniel Neilson