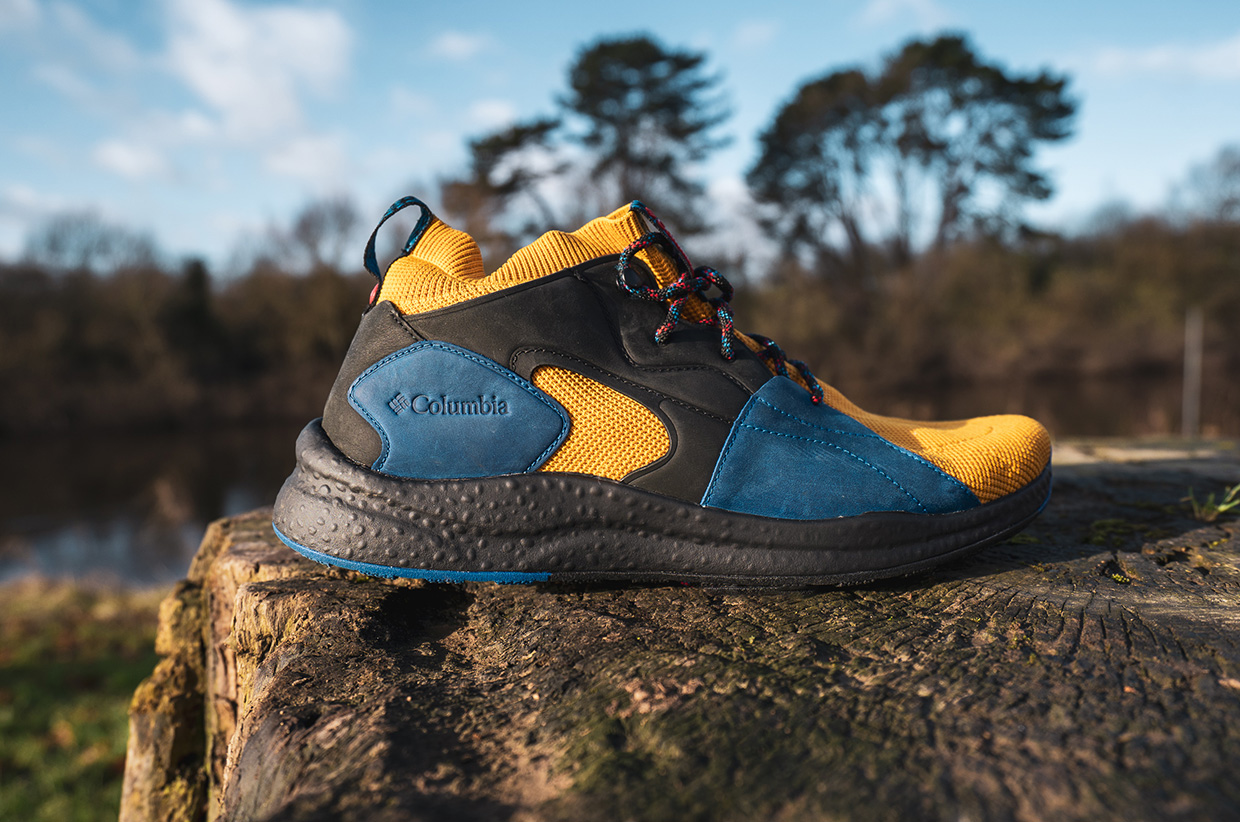 The Columbia River is the longest in the Pacific Northwest. It begins its 2,000km journey in British Columbia and snakes its way through Canada, into the US, forming the border between Washington and Oregon. Before its final widening to the Pacific, it passes through Portland. The connection between the river and the outdoor company is evident in the name, and also the company’s direction. Columbia is a brand forever flowing, developing, moving. Since its inception in 1938, Columbia Sportswear Company has designed clothes for the terrain that surrounds it – mountainous, split by countless rivers and tributaries. Yep, it’s often wet, wet and cold. Snowy. In short, the Pacific Northwest can throw anything at you.

One significant step change was joining forces with OutDry a few years ago, a laminating technology that affixes the waterproof layer directly against the material. In one swoop it eliminated the need for a bootie in a shoe, another layer in a jacket, a liner in a glove, a cover for a backpack – all were now waterproof.

In the SH/FT, they’ve taken this OutDry technology and combined it with a knitted upper to make it waterproof, but not at the expense of the comfort provided by the kitted upper with leather overlays. And wow, they are comfortable. They fit like socks, which is not far removed from what they are. There’s also a thermal-reflective lining and 200g insulation – these are definitively winter boots. The sole is made from a tough rubber that offers plenty of traction on the streets and paths, but they don’t have deep lugs to provide grip on mud. But that’s not the point. The SH/FT are designed to move from the streets to the paths of the city. I tested these out in their natural home, and for what they were designed for: from city to summit in Portland itself. 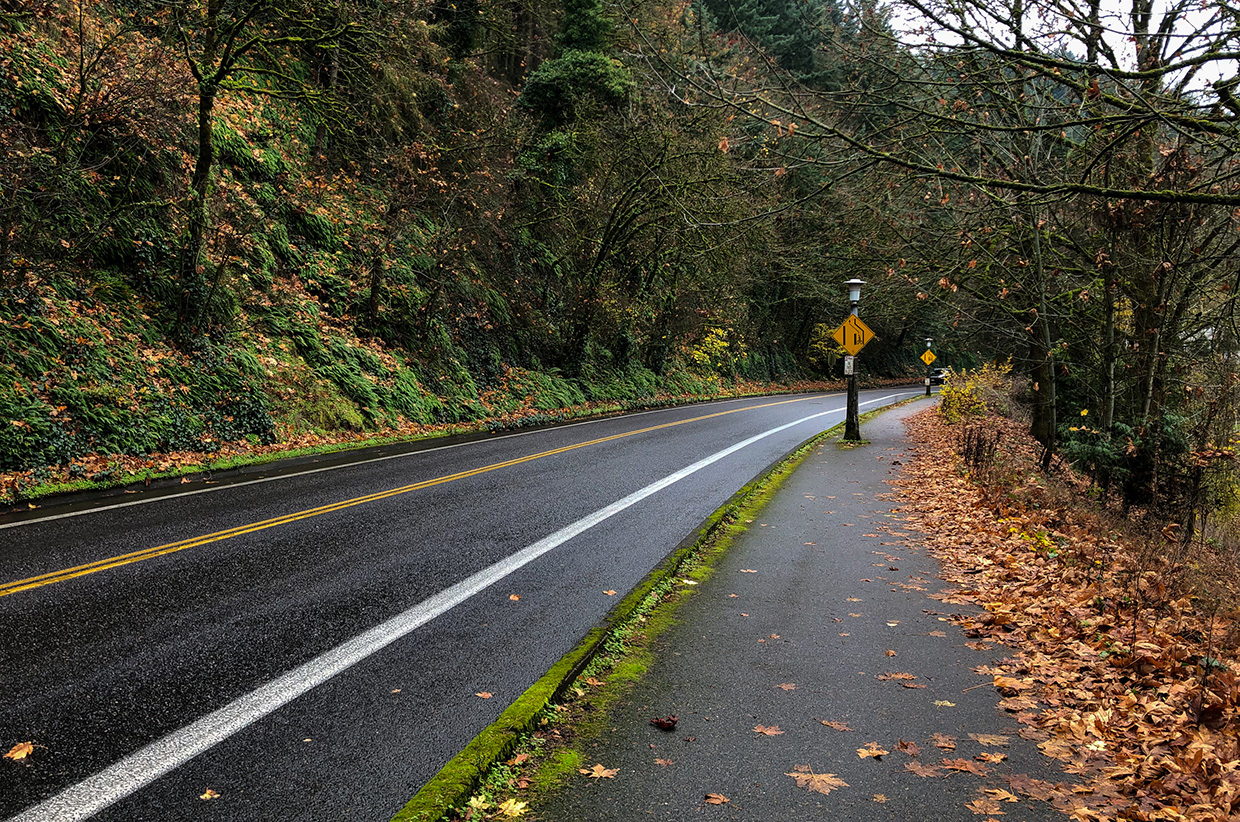 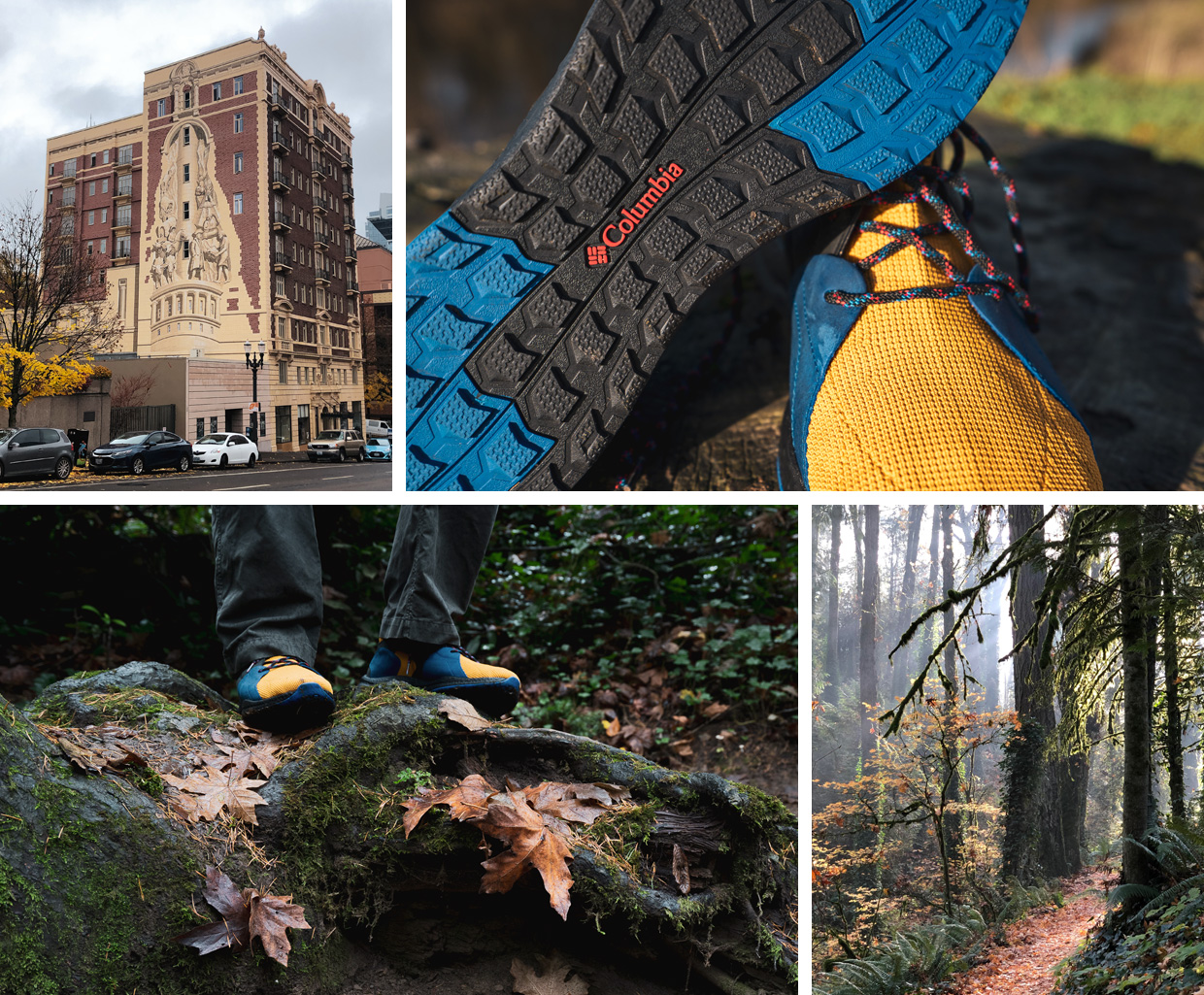 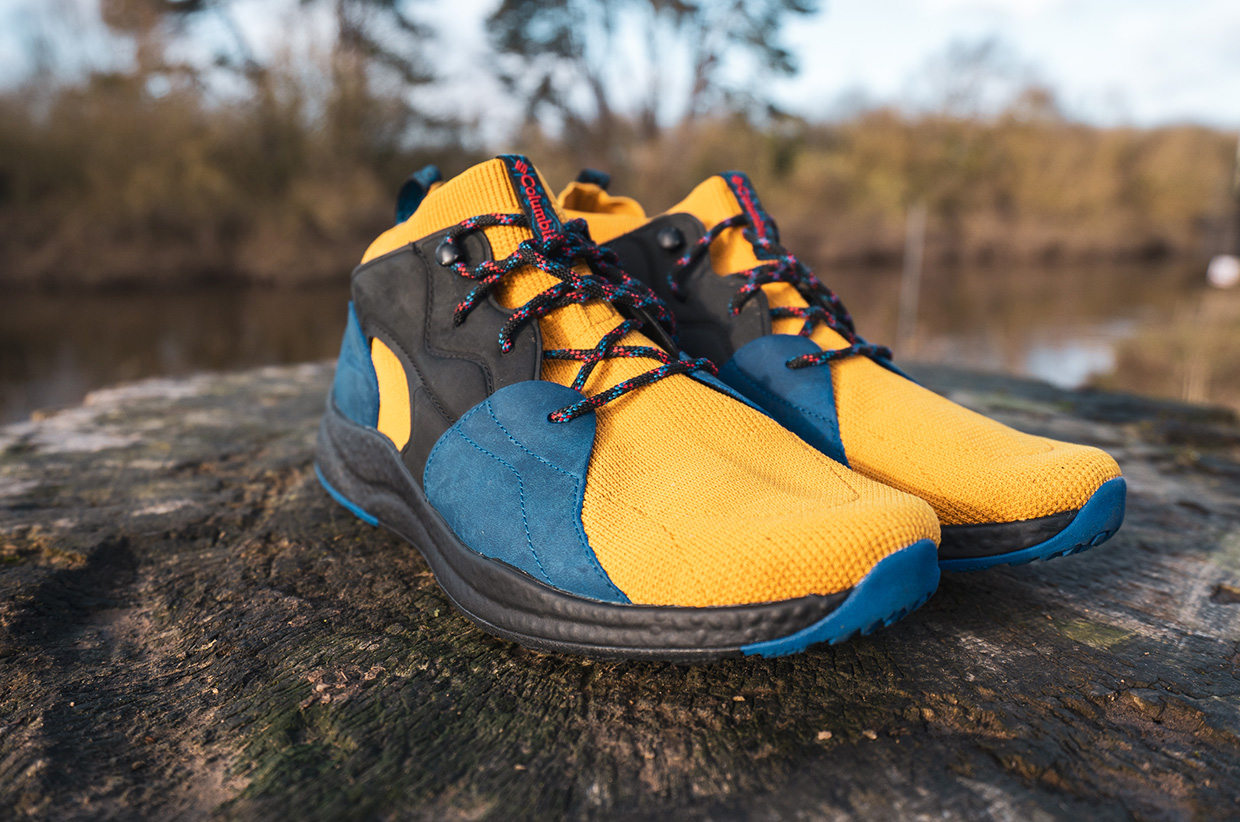 From downtown Portland, I hiked out of town, up through the nature trails of Marquam Nature Park to summit at Council Crest to see the fantastic views. The weather was, well, typical. Not great for views, but superb for testing shoes. There was a good grip on slippy surfaces but they did struggle through the deeper mud. By the end of my day-long hike, however, my feet remained perfectly dry, no blisters or hotspots.

Designed to ‘blur the line between pavement and path’, the SH/FT, we think, are best suited to travel. Shoes that eliminate the need for a comfy pair of trainers, and a pair of hiking boots or runners. For trips like this to Portland, worn as much in a craft brewery as a hiking trail, they had a clear role. You’re not going to climb mountains in them, but nor do you need an extra pair of ‘town trainers’. As for the colour, well, there are more subtle versions than the vibrant golden yellow and blue option that I was testing. In Portland, however, no eyebrows were raised. We’re not in Worcester now, Toto.