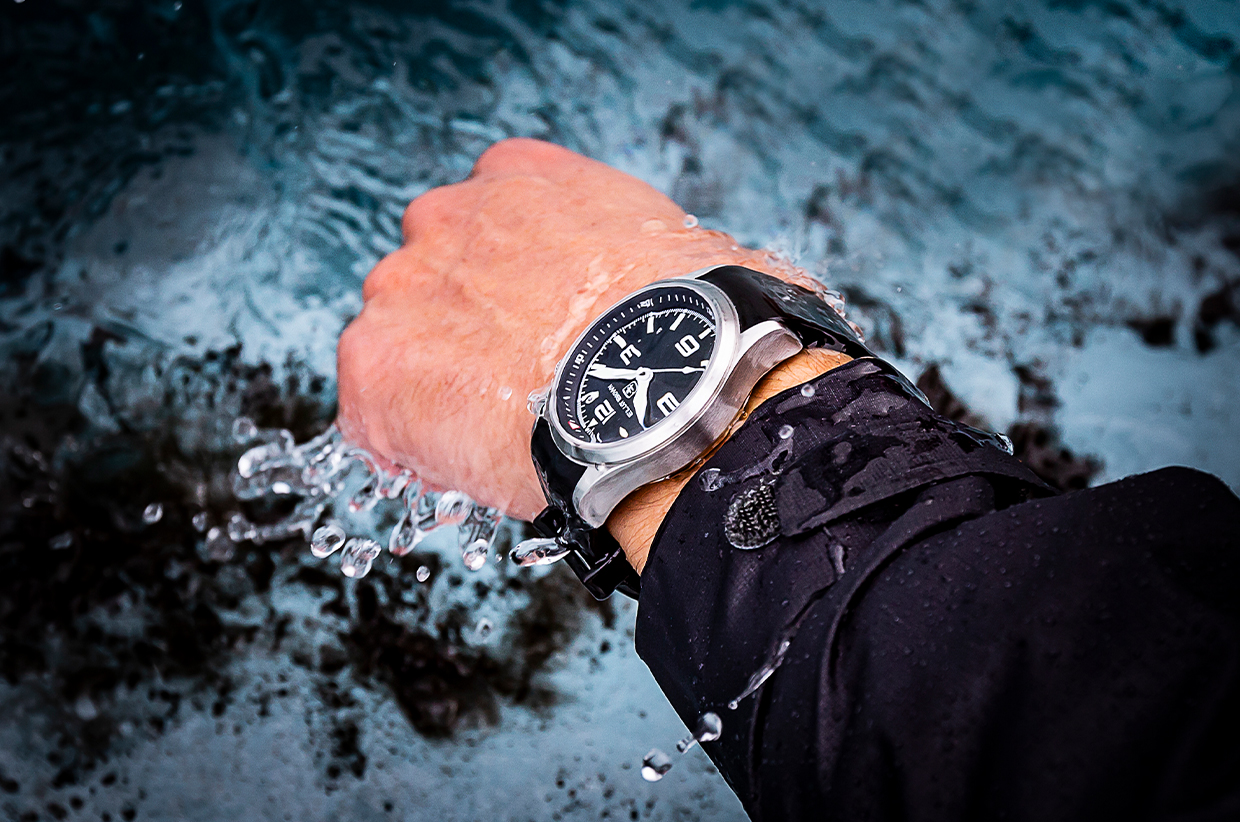 Interesting things happen at extremes. In geological terms, it’s where earthquakes shake the land and lava spews from the crust. In human terms, it’s where we push the boundaries of endurance, physically and mentally. One place where these two often combine is in Iceland. A place with terrain so harsh, it has become the perfect training ground for Antarctic expeditioners, ice climbers, cold weather surfers, and divers who descend under the ice. With geological extremes, comes beauty. It’s a place of mountainous landscapes, deep blue lakes, glistening white glaciers,  puffing volcanoes, puffing whales and, er, puffins.

And where we have extremes, we need the equipment that goes with it – it’s why, last September we landed in Reykavik, with a duffle bag full of gear and an Elliot Brown watch strapped to our wrist.

If the death of the watch has been exaggerated, and the death of the analogue timepiece is deceit. The naysayers flick out their phone and give you the time, but those naysayers probably haven’t found themselves in a crevasse on a glacier wondering when the sun will set. Nope, the analogue watch isn’t jewellery; it has something that very few digital devices can boast: reliability.

Having a dependable watch while exploring the outdoors is why Elliot Brown exists. Producing a wristwatch that can be relied upon by seafarers and mountaineers, hillwalkers and climbers, and ‘a specialist branch of the British Armed Forces’ is why Ian Elliot and Alex Brown created this company.

Elliot Brown now produces six watches, each with a variety of faces, straps and features. The Bloxworth, for example, is a classic ‘tech-diver’ chronograph while the Holton is the first military issue watch to be created by a British watch company in a decade. What we have is the Canford, a watch that takes the ruggedness of the Elliot Brown engineering and puts it in a rather lovely case. It comes in 18 styles, with three case finishes. Pictured is the Canford 202-012 Mountain Rescue Edition, with subtle differences that make it tailored for mountain rescue teams (£36 from each watch sale will also be donated to Mountain Rescue England & Wales). 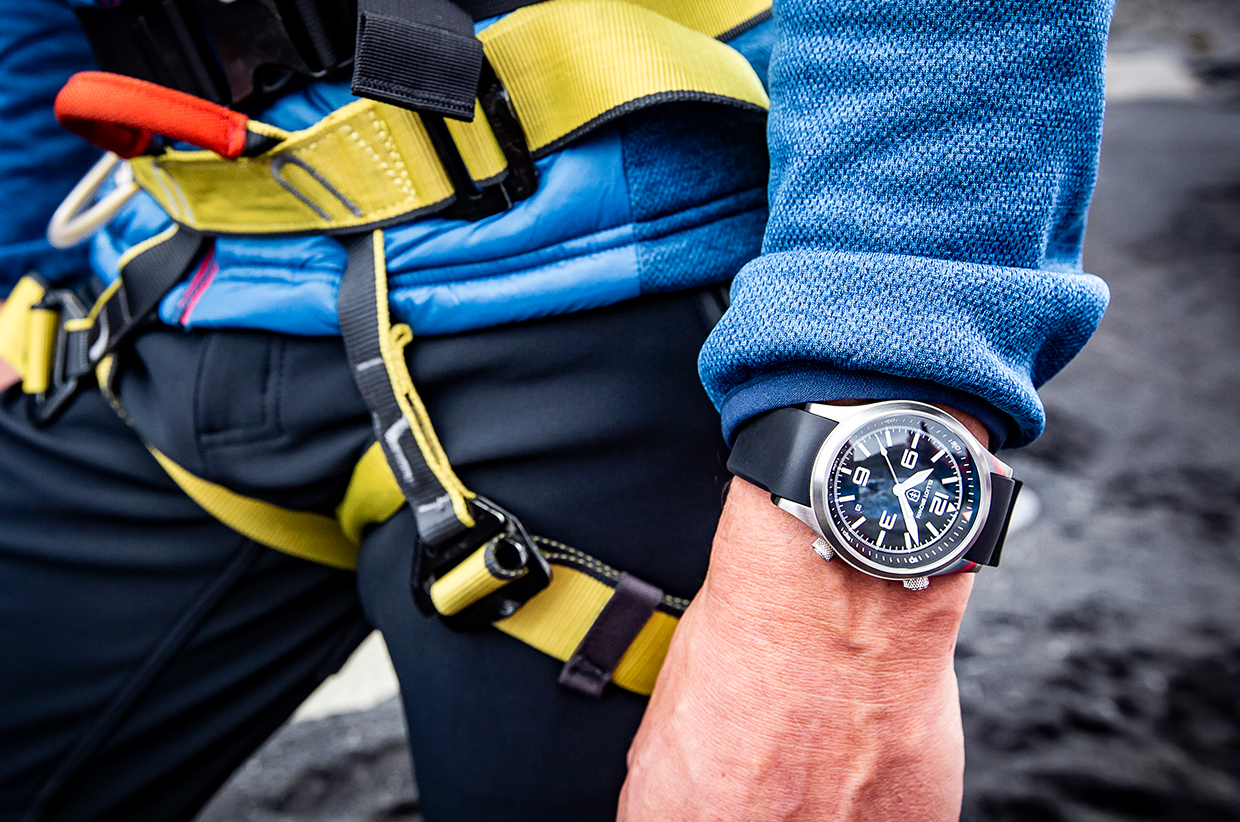 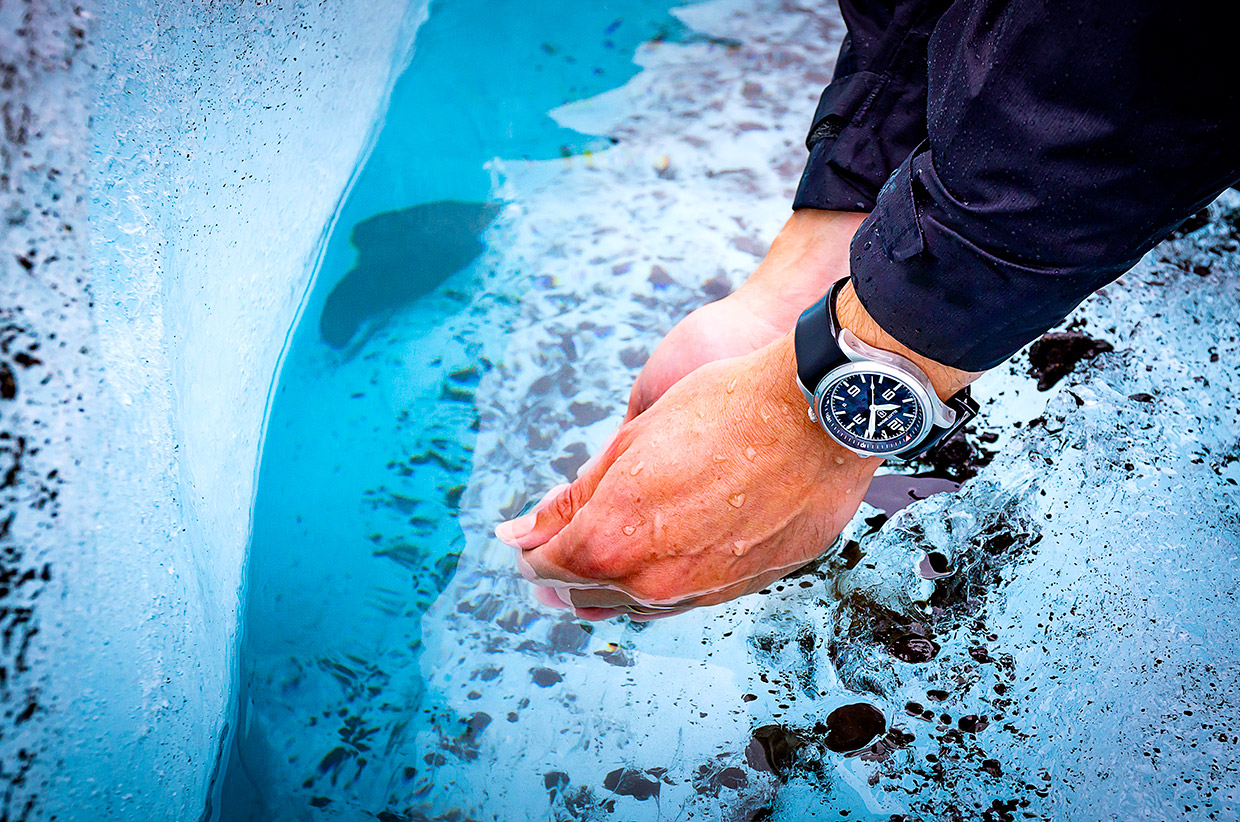 Let’s start with the basics. The watch case is made from 316L stainless steel, a type of marine-grade steel that is extremely tough, unaffected by saltwater, and also hypoallergenic. The movement holder can absorb most shocks levelled against it. It’s shock-tested to beyond ISO 1413 which is evaluated by hitting it with a three-kilogram steel pendulum mallet, and the whole case is manufactured to ISO 2281 water resistance, that’s immersed in water at 10cm for an hour and also against condensation. Elliot Brown’s tests subject it to 200-metre pressure test in water for 10 minutes.

The two crowns are knurled so they’re easy to use when cold, wet and with gloves on. The top crown turns the internal rotating bezel (that we found perfect for measuring pace), while the lower one is for adjusting the time and date.  The glass is domed sapphire crystal with an anti-reflective coating, and very resistant to scratches. And the SuperLuminova hands mean you can clearly read the time in the dark. There are leather, steel, canvas and rubber straps available. The Mountain Rescue Edition comes with the last two. The rubber straps are silicone-free and not affected by ozone, seawater or UV. They are also non-sticky and hypoallergenic. They fit beautifully. In the box, there’s also a black ‘ballistic nylon’ strap that is very tough and lightweight.

One welcome development on this Edition is the ‘safety’ crown for the internal bezel. Previously, knocking the crown on, say, a cuff, could move the bezel. An improvement means you need to pull out the crown to adjust it and then it springs back. Aesthetically, there’s an etched Mountain Rescue logo on the back of the case, and the top of the internal bezel is coloured red in a subtle nod to the organisation. And there’s an ever-so-slight logo on the dial. Finally, the battery life is around three years(remember those days?), and the second-hand movement warns when it’s low, so you’re not left short. And as any good navigator knows, the analogue watch can be used as a compass. The Elliot Brown watch is a watch to be used in extremes, and a watch to be used every day. You’ll see us wearing ours, whether on an Icelandic glacier or in the pub. It’s a thing of beauty, and of functionality.

For more information on the Canford Mountain Rescue Second Edition and to view the full range, visit https://www.elliotbrownwatches.com and find them on Instagram @ebwatches.
Written by Daniel Neilson. Photography by Rachel Keenan.