Review: HOKA ONE ONE Speedgoat 3 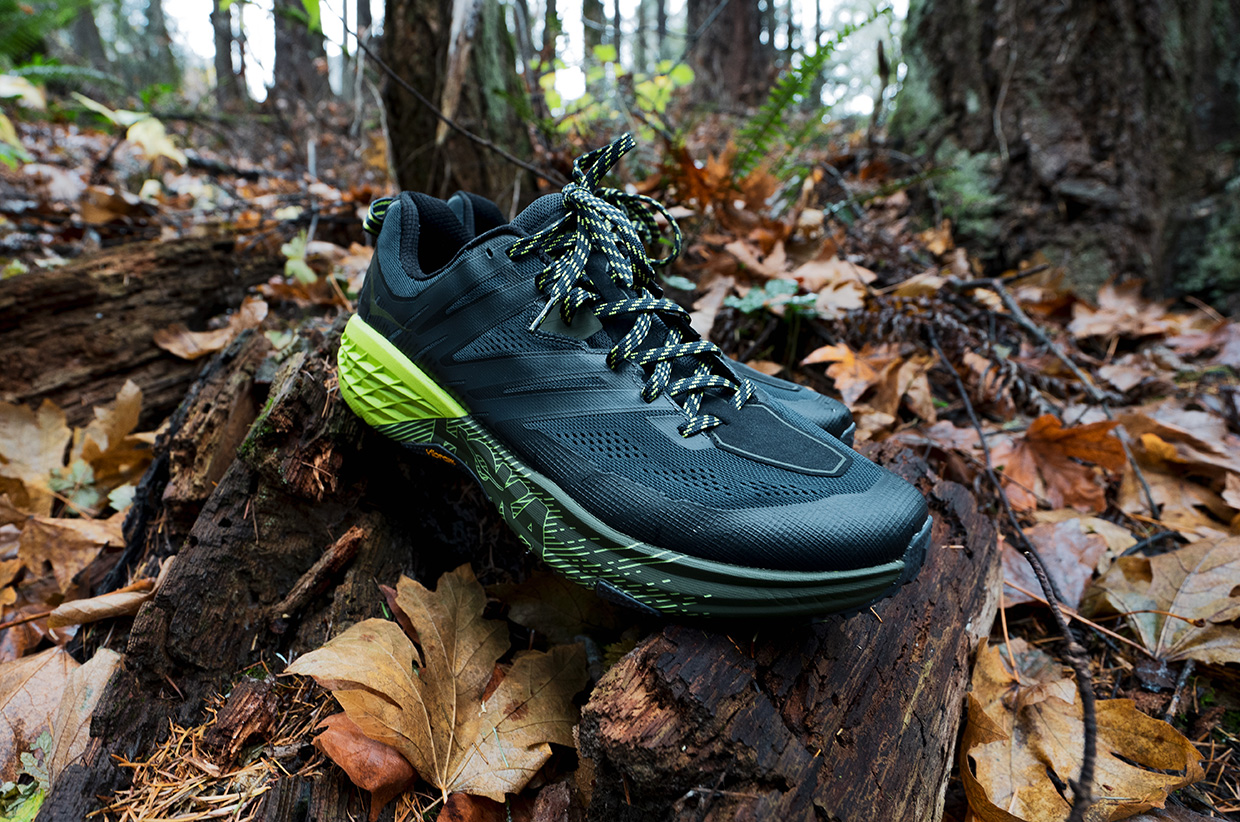 Peering through the thick forests of the Pacific Northwest, beyond the city limits of Portland, can be at once beautiful and eerie. Here, Douglas fir, western hemlock, and western red cedar rise intently out of the dense forest floor to compete for light high above in the canopy.

The Forest Park in the Tualatin Mountains stretches for 13km along the hillsides of the Willamette River. Not that you’d likely see them, but it is home to bobcat and coyote, elk and the irresistibly named pocket gopher. Winding through the forest are more than 110km of trails – some gravel, some that mountain bikers would describe as singletrack and, at this time of year in early November, many covered in wet leaves and mud. For trail runners, which Portland has no shortage of, the Forest Park is a delightful escape, all the more remarkable in that it’s readily accessible from downtown Portland.

It’s from a hotel downtown I start my run. Waking jetlag-early I get into a habit of taking routes through the quiet streets and into the woodland as the morning mist dissipates. On my feet are the HOKA ONE ONE Speedgoat 3. HOKA ONE ONE shoes are immediately recognisable: they’re the ones with the oversized soles, the maxi heels, the eye-catching colours. If I were to come across a pocket gopher in the woods, they’d see these first and run a mile.

HOKA ONE ONE was started by Jean-Luc Diard and Nicolas Mermoud to improve their endurance race times by designing a shoe to go downhill faster. It is why you’ll find a deep and very cushioned midsole. When they first came out, it was also a move away from the minimalist running movement that was taking place. I, for one, didn’t get along with them. In the few years HOKA ONE ONE has existed, designers have constantly improved the products to eliminate some of the early criticisms, including more stability on the heel when traversing and adding more aggressive lugs for grip on muddy ground. To return to a mountain biking analogy, HOKA ONE ONE trail shoes are the 29ers, the big wheels that drift over everything. 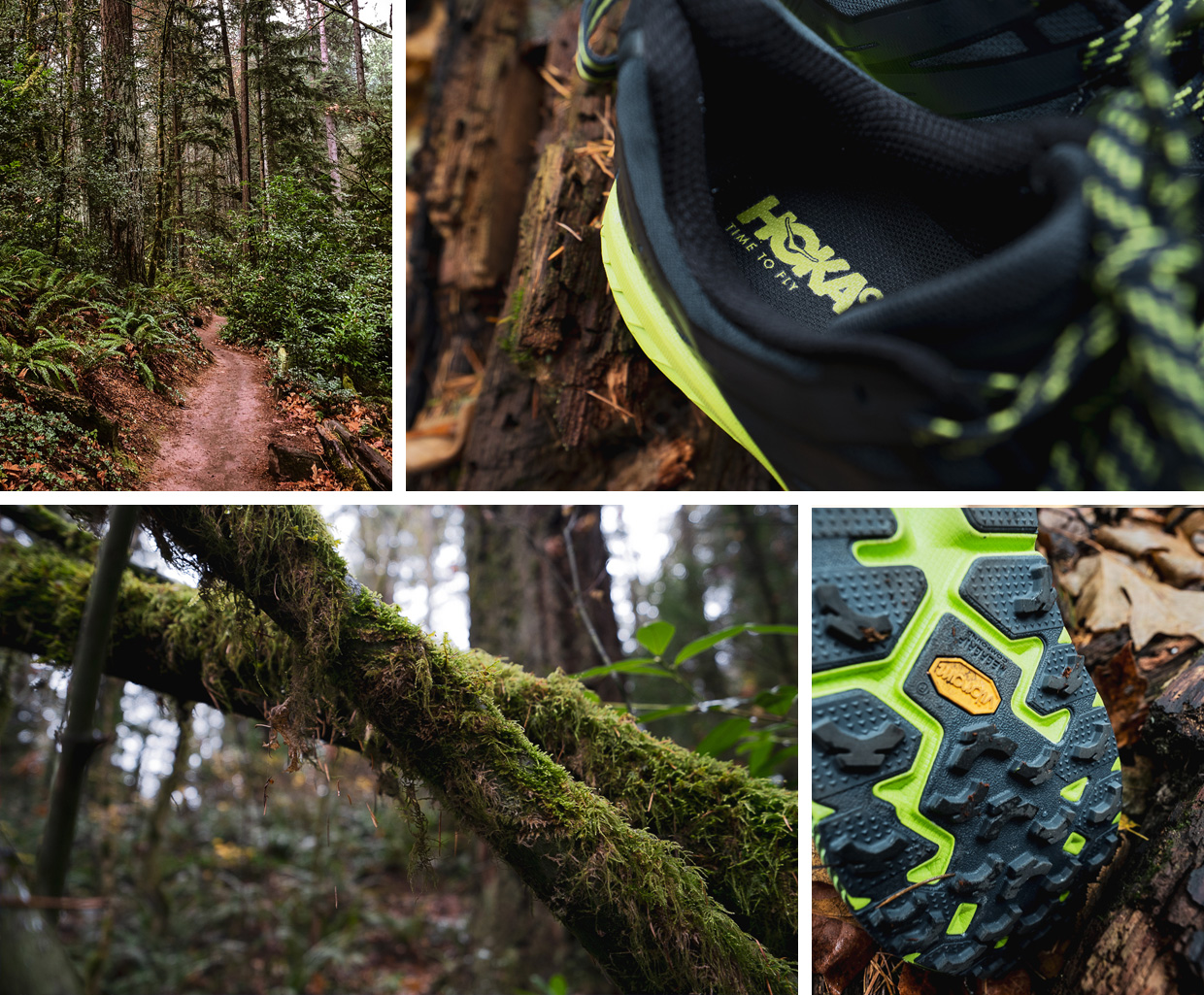 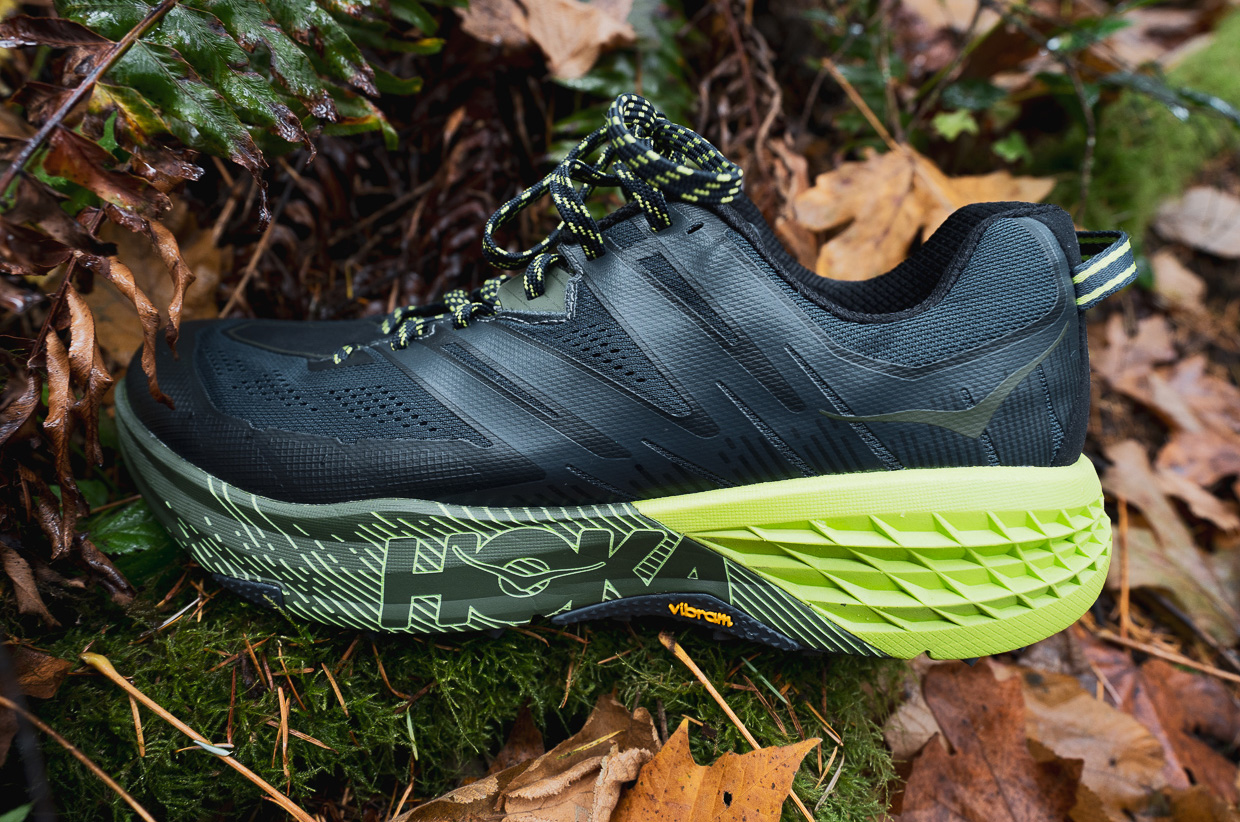 I start my run on the roads of Portland. The extra level of cushioning inspires confidence as someone coming back from an Achilles injury. As I bounce along the streets – some may be put off by the extra cushioning – and then on the trails, they began to feel at home. The deep 5mm lugs on the Vibram Megagrip outsoles dig into the mud and through the wet leaves, offering a stable and grippy run. It’s important to feel confident on the trails, especially during the winter months, and the Speedgoat give it in abundance. The thickness of the sole can take some getting used to; they lack a certain connection with the earth, the rocks and roots. It will no doubt put some runners off.

Despite the ‘maximalist’ appearance, the Speedgoat 3 are also impressively light at 292g. The heel-to-toe drop is a now fairly average 4mm, and, combined with the roll of the shoe, feel as though you are always being inspired forward. The lacing is fairly basic, but the use of different material about halfway up ‘locks’ them in. The mesh upper, meanwhile, provides significant breathability, but obviously let some water in when I hit the bigger puddles – no big deal and preferable to a waterproof membrane in my opinion.

As I emerge from the forest, mud-splattered and grinning, I’ve forgotten what is on my feet. The sun is doing its very best to break through the clouds over Portland – another day beginning, and for me another day spent exploring this fascinating city and the mountains that surround it. It’s going to be a good day.

Tested and photographed by John Summerton // Written by Daniel Neilson