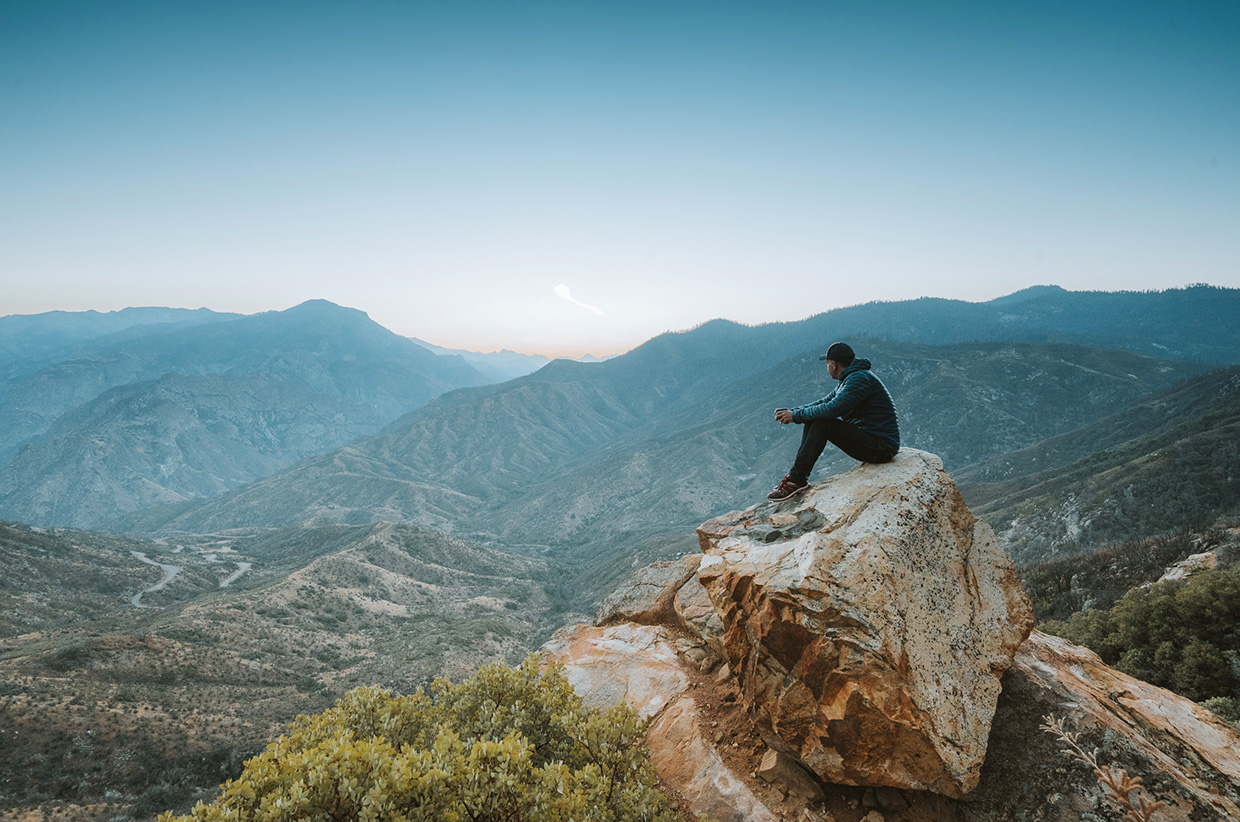 ITEM: Montane Icarus Flight Jacket
PRICE: £160
STYLE: Synthetic insulated jacket
WEIGHT: 511g (men’s large)
ACTIVITY: Hiking, climbing
WHAT THEY SAY: Employing innovative new PrimaLoft ThermoPlume technology, a new synthetic fill which comes closest yet to mimicking the structure of down to provide an incredibly lightweight and warm insulation package, yet with the advantage of performing even in wet or damp conditions.

There have been people living in and around what is now Kings Canyon National Park for more than 6,000 years. They ventured into the southern Sierra Nevada in summer to hunt and to collect berries and acorns, but when winter came, they returned to the warmer plains. Only at rare points had permanent settlements been found in the valley; the Kings Canyon is an unforgiving environment.

It was T-shirt-and-shorts weather on the floor of the canyon when we arrived, even on a mid-October day. We’d seen remnants of snow as we drove over the great pass to Grant Grove, the gateway to the park, but as we descended, we were again in the Californian heat.

The wilderness of Kings Canyon National Park offers the most significant vertical relief of anywhere in the lower 48, more even than Yosemite, a short distance to the north. Kings Canyon by Cedar Grove – as far as any vehicle can drive into the park – resembles Yosemite Valley with its forested flanks giving way to gleaming, silvery rock. We saw a few other cars, but no people. We felt alone there.

Eager to get high into the mountains, we packed quickly, loaded up with water, and set off, sweating up switchback after switchback. Another product of this superlative vertical relief is the speed with which you climb. Within an hour, as the trees thinned out, we were reaching into our bags for more layers. I’d brought with me Montane’s latest insulated jacket, the Icarus Flight.

It’s one of two new jackets the designers have created with PrimaLoft. The Phoenix is the women’s version. There have been two significant developments in insulated jacket and sleeping bag products over the last five years. Firstly, the treatment of down has meant it can now repel water – meaning it doesn’t clump quite so severely when wet and lose its ability to trap air. The other is that synthetic materials are gaining on down’s insulating properties. It still isn’t quite as warm as down, but synthetic material has the advantage of still being warming even when wet. 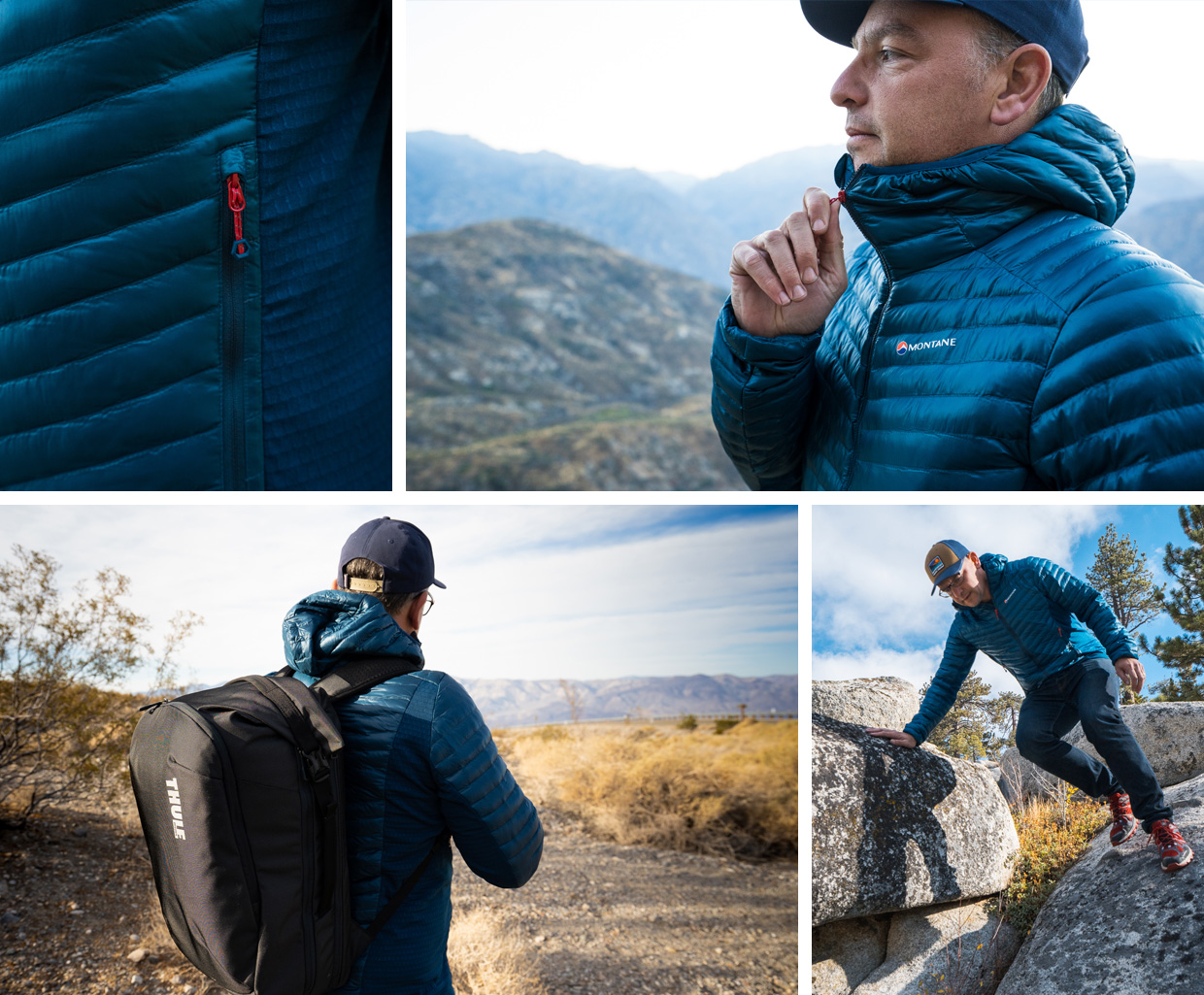 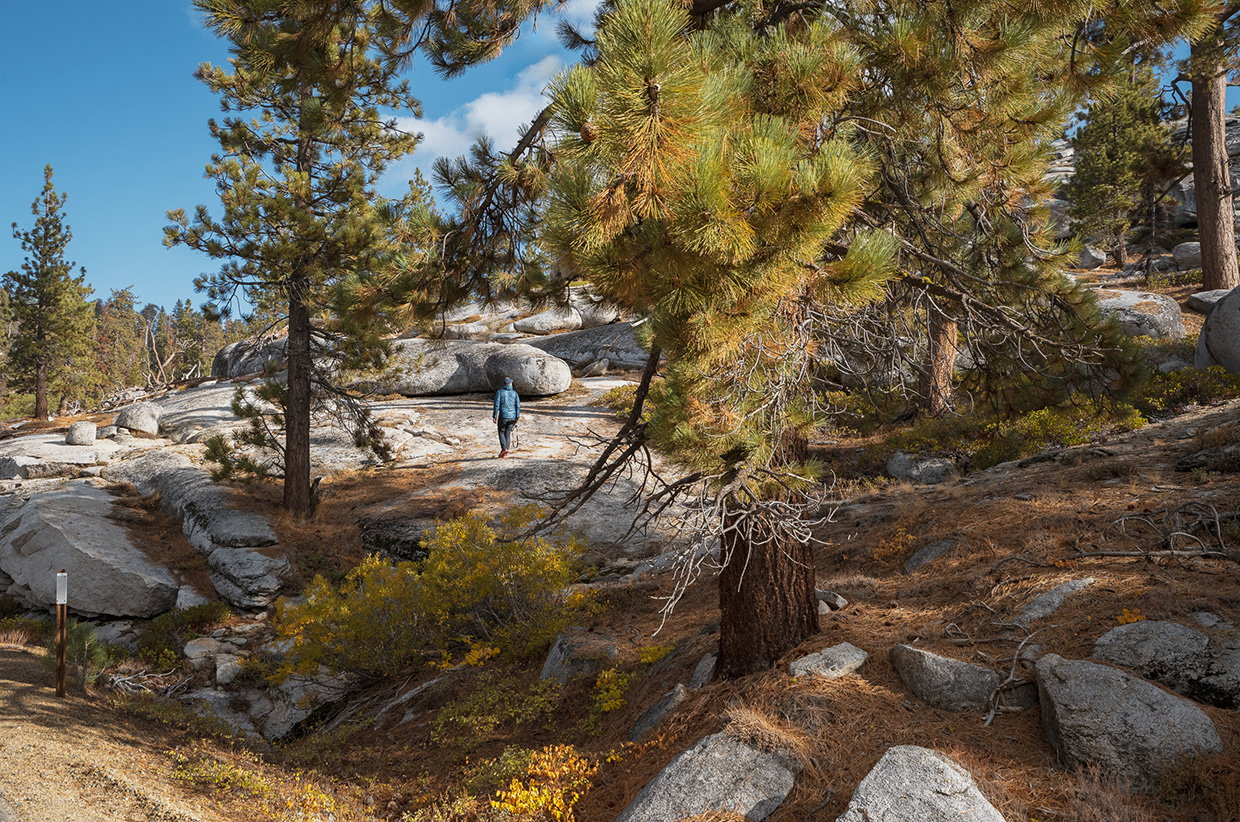 The ThermoPlume filling by synthetic insulation pioneers PrimaLoft is their attempt to match down’s loft and compressibility. As the air cooled on the side of the mountain, I put the jacket on for the first time since a quick try when it arrived. The first thing I noticed was the tailoring. Other insulated jackets I’ve worn bulk up around the belly (it’s the coat, honest), but the slim-fitting Icarus didn’t. Good tailoring doesn’t only look better but is also more efficient. It also means you can layer a waterproof jacket over the top – it’s a seriously thin jacket.

Another key difference for the ‘Flight’ version of the Icarus is the addition of Thermo Stretch Pro side panels that extend down the inside of the arm. As well as helping with the fit, they also add flexibility, particularly when lifting your arm – it would be perfect for climbing. They have largely eliminated the hem lifting as well. The non-‘Flight’ versions of the Icarus and Phoenix have insulation all the way around instead of these panels. It means that they’ll be a little warmer, but I think I’d still choose the one with the stretch panels – it just fits so smartly.

The hood is snug and designed to go under a climbing helmet. There’s no drawcord, as usual on down jackets, but it does move well enough with the head. It also zips up high – just over the chin – but a fleece zip garage makes it comfortable, cosy even. There are two handwarmer pockets and an internal zipped pocket easily big enough for a phone. The outer is a ripstop 20-denier fabric treated with durable water repellency that will keep light rain out.

Montane reckons that the ThermoPlume filling is roughly the equivalent of 550 fill-power down – an admirable target of around a mid-level down jacket, but it’s probably thinner than a 550 fill-power down jacket would be. It’s almost impossible to test warmth individually, but I found this to be around the same as other micro down jackets I’ve had. The key to this jacket’s appeal, however, along with the fit, is the versatility. It fits under a waterproof jacket, it can be worn on wet days and can be slipped on around town. I’ve since found myself picking up this jacket without thinking about it – and that’s a good sign.

Its natural home, however, seemed to be the mountains of California, a place where the temperature can change so significantly within an hour of climbing. I took this light jacket (around 530g) everywhere, and it was all I needed.