Row for the Ocean 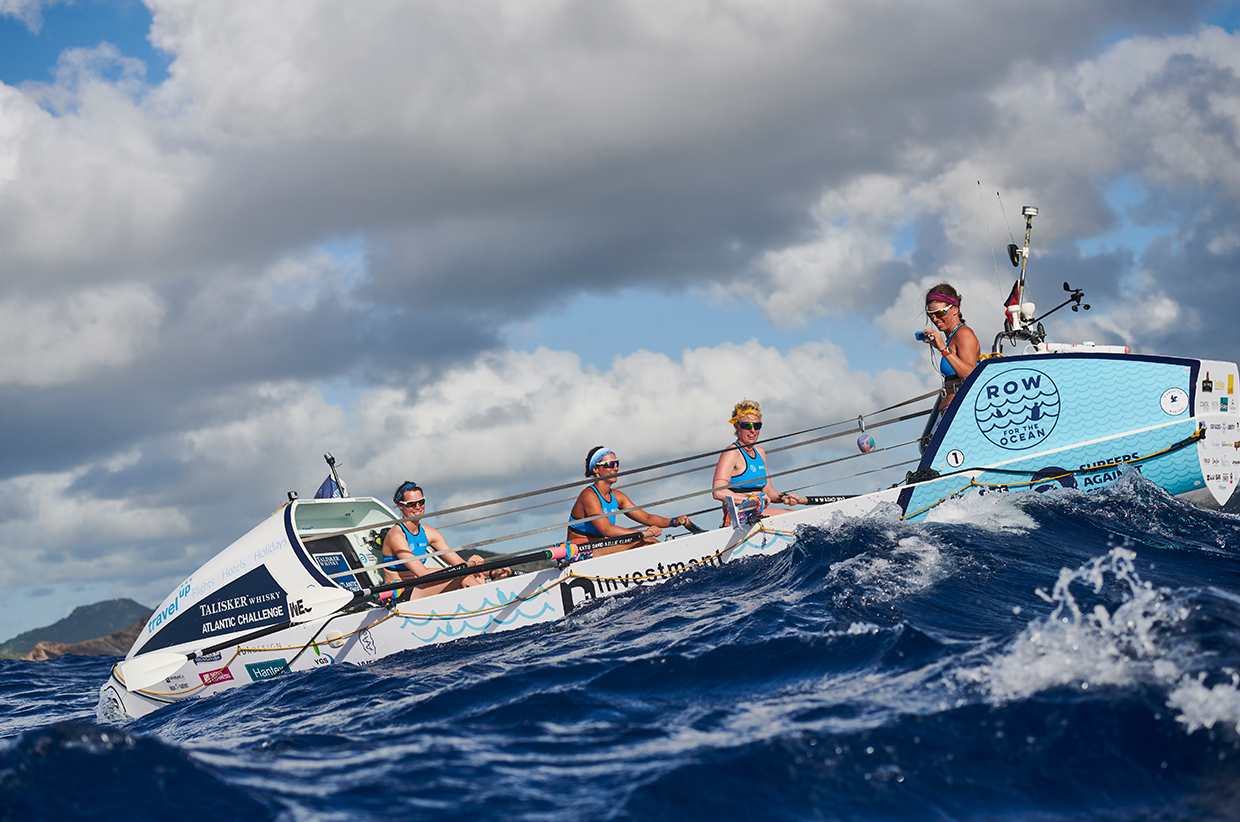 Team Row for the Ocean arrived in English Harbour, Antigua, after spending 43 days, 2 hours and 20 minutes at sea. The crew were continuously challenged with early seasickness and power issues, and had to dig deep physically and mentally. They battled against four-person team Atlantic Seaman, and ultimately conquered to take 10th place in a close race to the finish with only two hours between them. 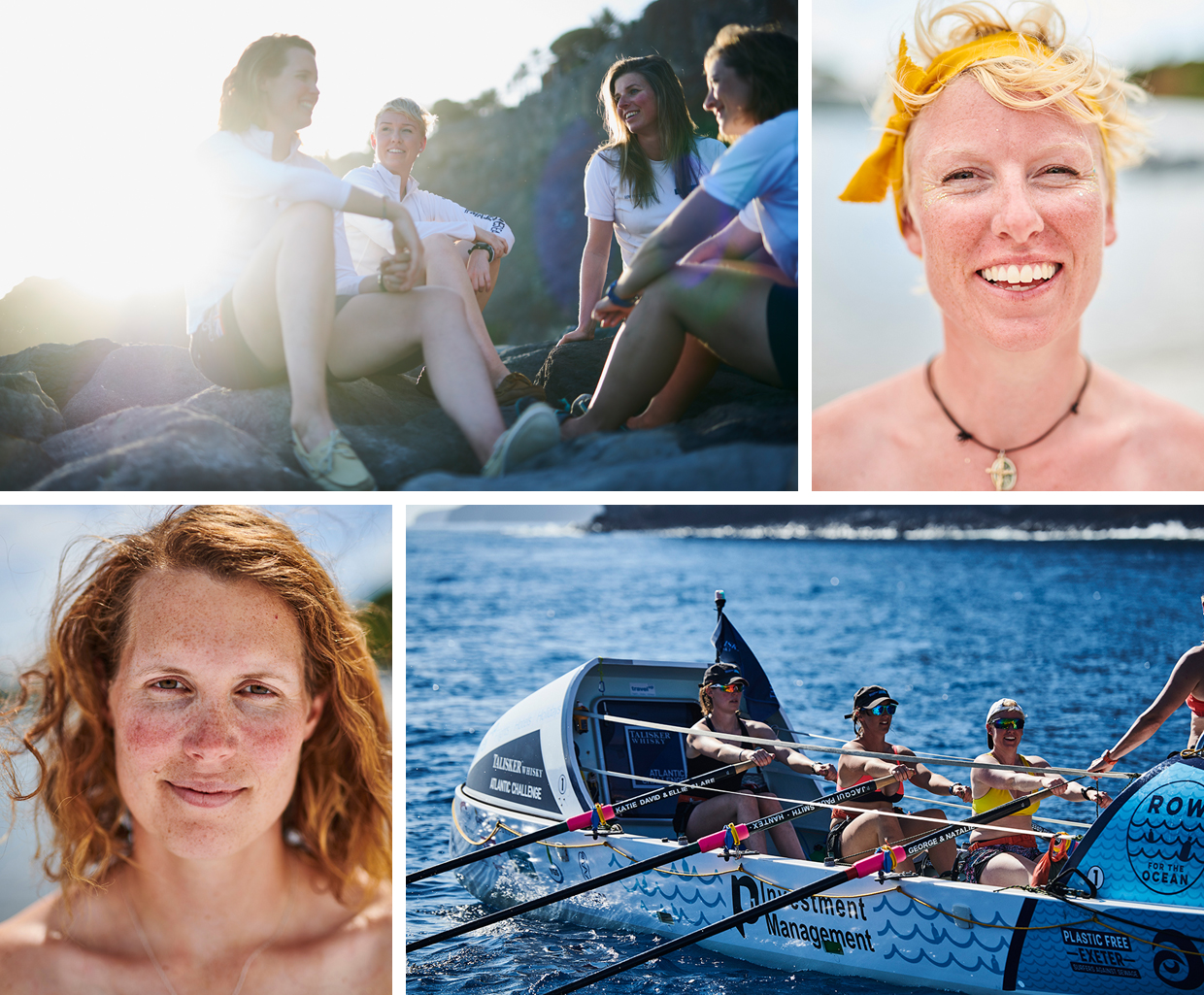 Sidetracked: Why did you decide to do this challenge? How did the idea come about?
Kirsty: Back in January 2017, Ros came to Kate and me with the proposition: how would you like to row 3,000 miles of the Atlantic with me? She’d been aware of it for a while and had followed the race the previous year and so thought why not?! We then met Laura in 2017 when we visited an open day at the boatbuilders. When we heard that she was keen to row the Atlantic too, we booked a trip up to see her in Essex, and the rest was history. We’re all quite wild spirits, so it probably wasn’t a massive surprise to our family and friends.

Sidetracked: What was the principal aim?
Ros: Our aims for the crossing were simple: raise awareness of the plastics crisis, make a change in the city we lived in, and to satisfy our competitive natures to be the first women’s team home.

Sidetracked: What were the most significant challenges?
Kate: A lot of the biggest challenges for us came before the actual crossing, juggling full-time jobs with the training, fundraising, events, promotion and preparation needed to undertake such an endeavour. Starting the crossing was such a relief for all of us; all we had to contend with then was ourselves and overcoming the mental and physical hardship that was to come.

Sidetracked: What were the scariest moments?
Kate: Many of the scariest moments for us came in the first few weeks. The winds were high, the waves were high, and while we’d done over the recommended number of hours on the water, we realised we had a lot to learn. The nights where the moon set before the sunrise were the hardest, not being able to see the 20-30ft waves as they came at you and occasionally slammed into the side of the boat.

Sidetracked: What were the most magical moments?
Ros: There were so many amazing moments out there it’s hard to comprehend all of them, from seeing the sunlight glistening through the breaking waves to the bioluminescence creating thousands of green stars in a trail behind the boat, or even the whales that followed us and swam underneath the boat. It’s an environment that hardly anyone in the world will ever see, so although we were constantly sleep deprived, hungry, and aching we reminded ourselves every day to take it all in.

Sidetracked: What surprised you most during the journey?
Kirsty: I think we realised that it really is the relationships that make the experience. We were lucky enough to only have a few disagreements in the six weeks we were out there, and apart from the natural wonder of the place, it’s the random conversations, knowing looks, and awareness that everyone has got your back that you look back on with love.

Sidetracked: What was the most important lesson?
Laura: This is something we can all apply to our lives – make sure you fill them with people that enhance you and help you to achieve your goals. 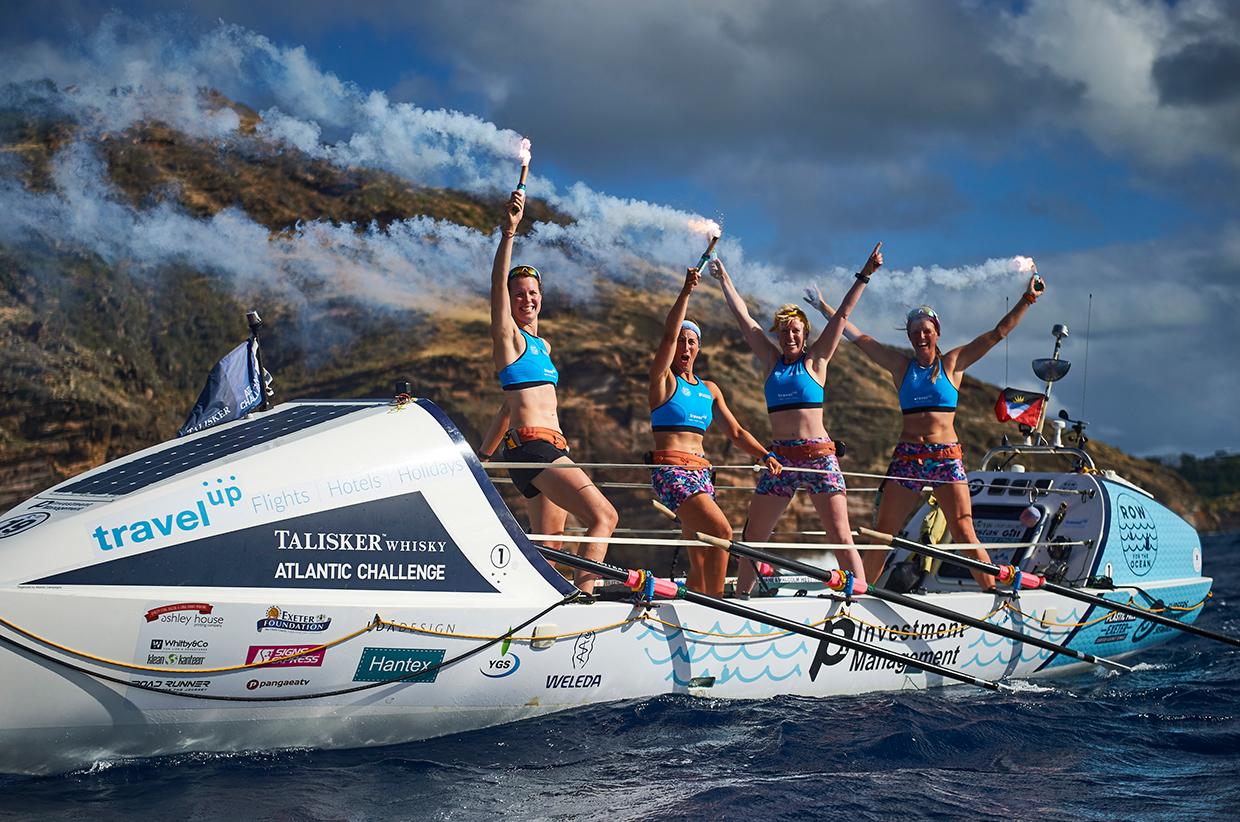 Sidetracked: What seemed to be the biggest issue with plastics? Was it the quantity or the size, or perhaps the microplastics you can’t see?
Kate: When the conditions were calm we seemed to see plastic every day, either floating along or stuck in seaweed. What scared us the most was that we knew this was only a small amount of the plastic that would be floating just a few meters underneath the surface. Almost all of the plastic was bottles, fishing nets or packaging, and many items that would have been used only once and then carelessly throw away.

Sidetracked: Did it fill you with despair, or were you reinvigorated to fight and win?
Ros: It just reinvigorated us to do everything we could in our own Plastic Free Exeter campaign – from litter picks, talks, going into schools, or trying to change businesses’ habits.

Sidetracked: There’s a quite a difference in your before and after shots! How did the strain change you physically and mentally?
Laura: As you say, physically I think it’s easy to see how we changed. We each lost weight from the crossing, with Kate losing 12kg due to seasickness. Hands were blistered, bums had sores, and our muscles had certainly depleted. Mentally it’s harder to say; we all had low points during the crossing, but with these kind of expeditions, it’s sometimes after the challenge where mental health is most important. Readjusting to life on the land, life without the second job, the ‘normal’ life that you thought you longed for. Some of us have found that the best thing to do is to look forward to another challenge, the big ‘what’s next?’ question – perhaps something on land this time?

Sidetracked: What was the most useful piece of kit?
Kirsty: We had all of the fancy mandatory kit that let us know where we were headed or kept us safe, but the most useful items for me were the £20 M&S shorts (which I wore constantly and which largely prevented a sore bum) and our trusty £6.99 kitchen timer, which got me up for our two-hours shifts – although I’d be glad if I never heard that noise again for the rest of my life!

Sidetracked: Finally, if you could go back in time and tell yourself something as you were setting off what would it be?
Laura: ‘It will pass.’ That became our motto for the crossing. No matter what pain you were in or if it was chucking it down with rain, or even if you’d been soaked by a wave just before your shift was about to finish, we knew that it would pass and something positive would be just around the corner. More often than not this was a pod of dolphins or the most stunning sunrise we’d ever seen.