Sam Hardy – Soaring for the Shot 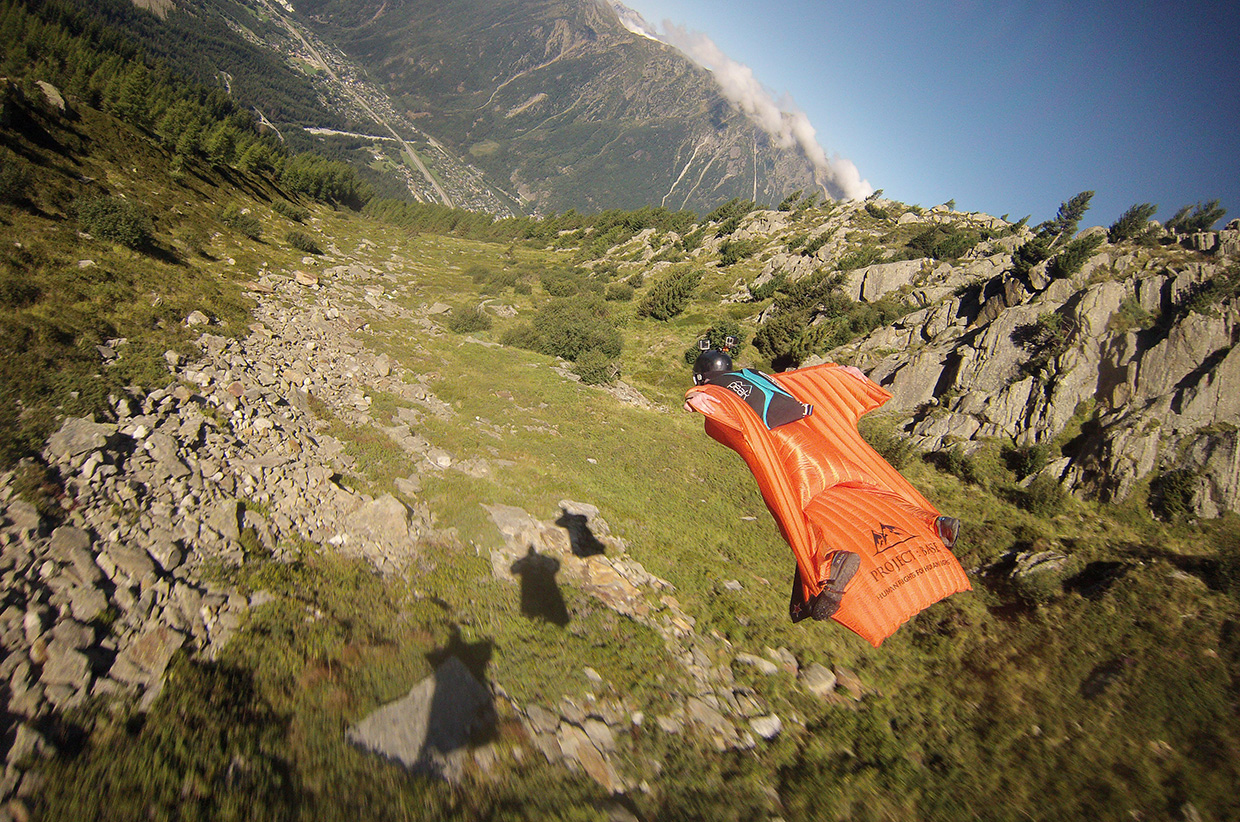 Flying the perfect line is what every BASE jumper wants when they’re standing on the edge and ready to go. And an action shot of that perfect line? Even better. But how do you get those action shots? What about the jumper behind the camera?

More often than not that’s Sam Hardy, one of the world’s greatest BASE jumpers and BASE-jumping photographers. We spoke to Sam to hear more about his story, Soaring for the Shot, to learn about what it takes to shoot and fly the line perfectly – and to do both at the same time.

Growing up, I was an adventurous kid, always searching for that next big thing. When I was skateboarding, I’d look for the biggest drop or set of stairs to jump down. I did the same with rock climbing, constantly pushing my abilities and comfort zone. Training to be an outdoor education instructor, I had the opportunity to try more and more sports until skydiving was an option. BASE jumping seemed like the natural progression. But where next? How could I ramp up my skill level?

While I had been casually documenting the jumps of me and my friends, I realised that my inner passion with the sport was to capture it on camera and produce images that took the viewer’s breath away. Telling a story of flying humans, and inspiring viewers to feel what I feel: that is what I love. And that was the next step. Getting a viewer to go ‘wow, that’s insane!’ is job done for me. People get inspired in many ways, but being able to actually see someone flying is the closest you can get to it yourself, so I think it’s a pretty good place to start.

Wingsuit BASE jumping is regarded as one of the world’s most extreme sports. But filming wingsuit BASE jumping requires a whole different – and much higher – skillset. When you’re filming someone you have to trust what they’re going to do. You need to be somewhere where you can get the best angle, the best light, and the best view of them – but also be somewhere where you know you are 100 per cent safe. When you’re flying next to someone you have to be 100 per cent focused on them, predicting their movement, which requires a crazy amount of focus while flying. Imagine driving a Ferrari around a racetrack full speed for one minute. Now imagine chasing behind that Ferrari in your car and keeping your eyes and head faced towards the lead car, while also keeping full attention on the road and your own vehicle. If at any point you lose control, you will crash. That’s a close match to ﬁlming wingsuit BASE jumping. 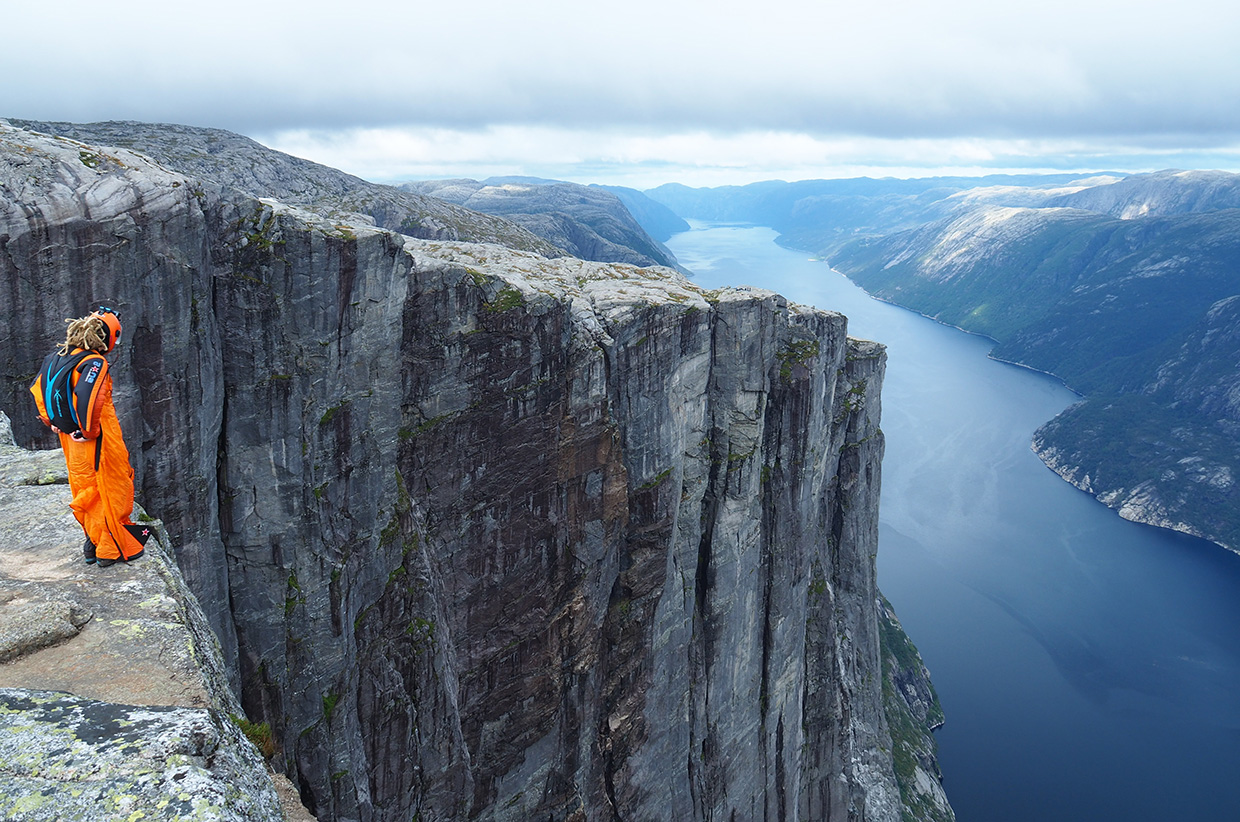 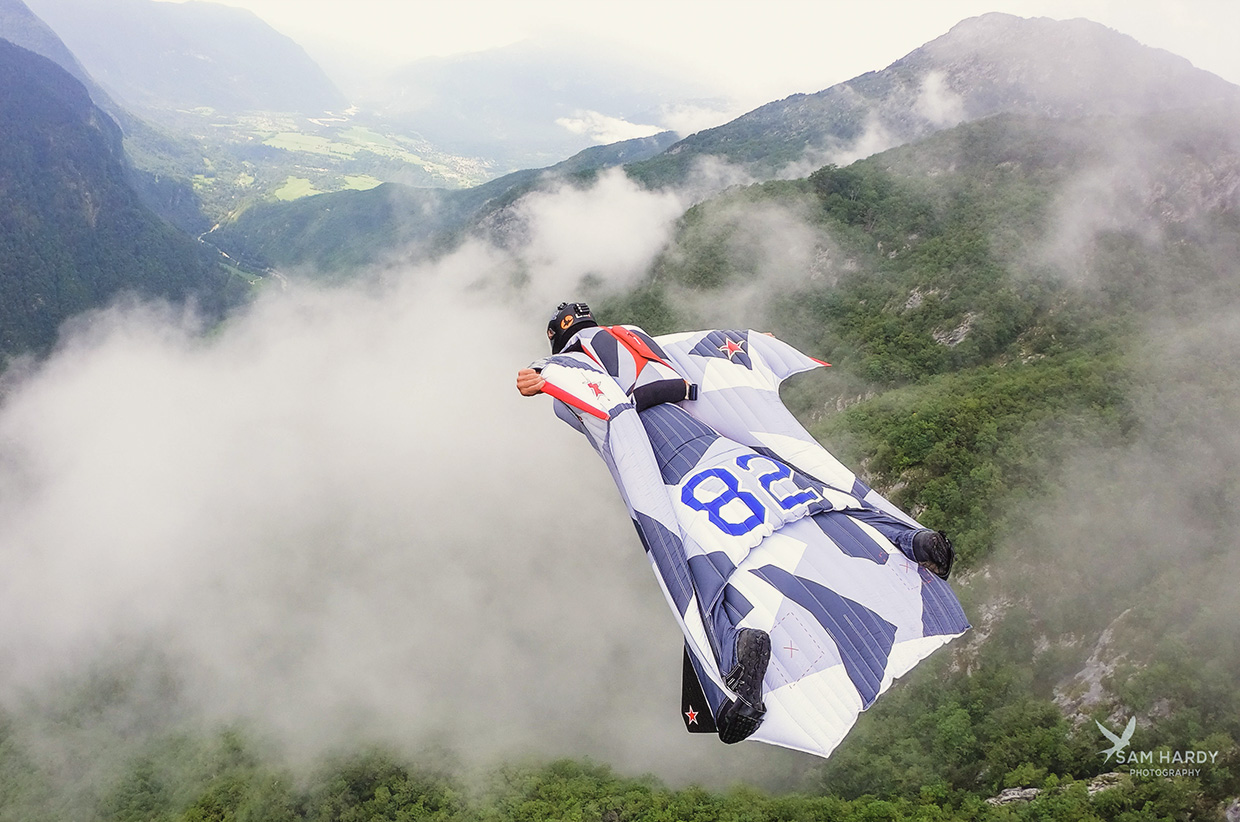 When I film people, we come up with a plan together – and if they want the shot, they have to work with me, not against me. Usually I will be flying and filming with someone who knows what they’re doing. This makes my job a little easier. We build trust between us and it becomes a two-person job. A good subject gets a good shot. Wingsuit BASE jumping is dangerous if you choose it to be, but I believe that you can have a long and fruitful career if you continually make the right decisions. And that’s even more important when you’re filming someone. There is a lot of talk in the media about extreme sports and performing in front of the camera, that athletes go harder, faster, and crazier when the lens is on them, potentially putting themselves – and others – at risk. But that’s not something I’ve experienced so much with my filming. I’d say that most people are the same on camera – if anything, a little more on the shy side. There are moments when people want to show off for the camera, and that’s just ego – we all have one, but it just depends if it shows through confidence or arrogance! The rule of thumb I use is that if it’s for a TV show, a stunt, or anything the public will be seeing, fly 10ft higher off the ground than usual. It’s all about continually making the right – and safest – decisions.

When you’re BASE jumping, visualising the jump and the line is key. I visualise everything as much as possible and really take myself off to that place. That’s also true for filming. When it’s time to jump, if you’ve visualised it beforehand then you’ll know exactly where you’ll need to be to get the shots, providing that everything goes to plan. I now fly with a GoPro 7. It’s light, shoots in 4K, and has amazing built-in stabilisation. The quality is fantastic too. For bigger jobs – and to capture more powerful shots – I will use the Panasonic GH5, which is much heavier and feels like a small bowling ball strapped to your helmet! Definitely something you have to get used to when flying.

As an accomplished wingsuit BASE-jumping cameraman, you can end up putting yourself in a compromising position that’s stressful and pushes you to your limits, as you must concentrate on someone else’s ﬂying before your own. I experienced a jump like this while I was in Rio de Janeiro, Brazil. I was there to capture a shot of BASE jumper Jamie Flynne ﬂying past Christ the Redeemer. As the helicopter approached the spot where we had to jump out, I opened the helicopter door and felt the wind rushing in with the blades inches above our heads. We both hopped out the chopper and Jamie turned the speed on, ﬂying our wingsuits right at Christ the Redeemer. At this point, I couldn’t think about how I was ﬂying my wingsuit – I just had to keep Jamie in shot and stay as close as possible. If I fucked this up, it was a failure. As we started approaching, I closed the gap between us a little more, making sure my head was turned towards Jamie at all times while my eyes were looking the opposite way to make sure our line of ﬂight was clear. And then whoosh. Christ Redeemer in all its glory buzzed past us in an instant. We ﬂew towards the landing area and all I was shouting inside my helmet was ‘I got the shot, I got it!’. I jump for moments like that. 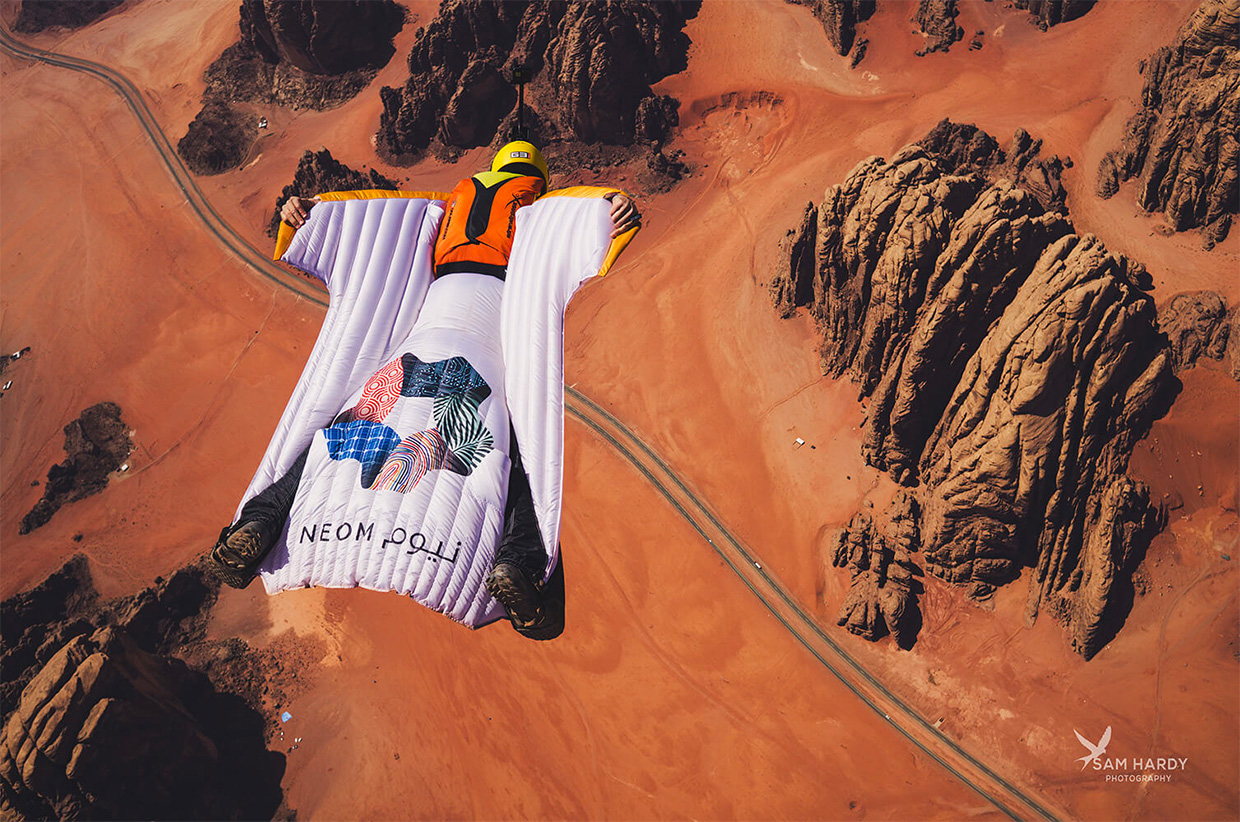 I think (and hope) that I will always continue BASE jumping. It’s given me everything in my life and moulded me into the person I am now. Not to have that any more would really affect me, but I may BASE jump slightly less often (which is more than most!) in order to pursue my pilot’s license and a new career in the future. But for now it’s definitely still BASE jumping I want to do. I am currently planning a trip to far eastern Russia in 2020 to fly some amazing lines down volcanoes. My new vision is to fly something I have named ‘The Magma Line’… I just need to find it!

My advice to budding BASE jumpers? Skydive as much as possible and fall in love with that sport. Train in skydiving for BASE jumping. Learn to track (fly forwards) and use every skydive as an accuracy jump. Spend time with a rigger and understand everything about the gear. Get as fit as possible, mentally and physically. Eat well, look after your body, and read as much as you can about the sport. Talk to well-respected BASE jumpers and question everything. Don’t ever stop learning. And if you’re interested in starting, I’d be happy to hear from you.