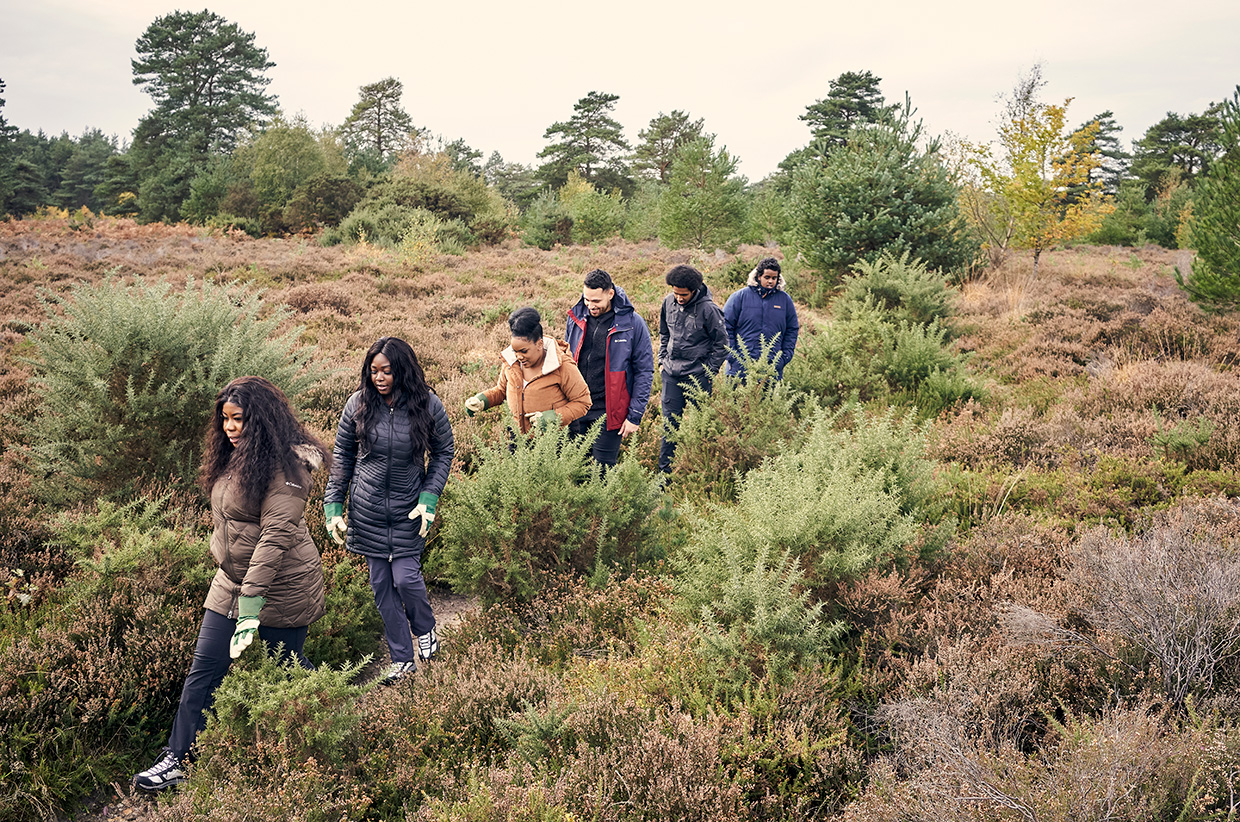 In the South Downs National Park, a group of young people are exploring the wilderness for the first time, learning to pick pines and build rain-proof huts.

‘Nature is bewildering sometimes… This is so different from London’, exclaims Ismail, adding that he has never visited a National Park before in his life. ‘I’m 100% going to come back to the outdoors, and start recommending this to my friends’.

Ismail is part of The Change Foundation’s Street Elite programme, which engages young people on the edges of gangs and crime across London through sport and outdoor activities. The initiative helps young people transition from NEET (not in education, employment, or training) into work, apprenticeships, training, or education opportunities.

The community features as part of a new Columbia campaign in partnership with the UK National Parks that celebrates and promotes diversity and inclusivity in the great outdoors. The campaign showcases the power the outdoors possesses in unifying communities, improving health and wellbeing and connecting us with nature.

The contagious curiosity that nature brings is obvious in Ahmed, another participant from Street Elite, who has also never been to any national park before. It’s a common theme in the group’s participants, and highlights the challenge at hand to introduce national parks to underserved groups in the UK. 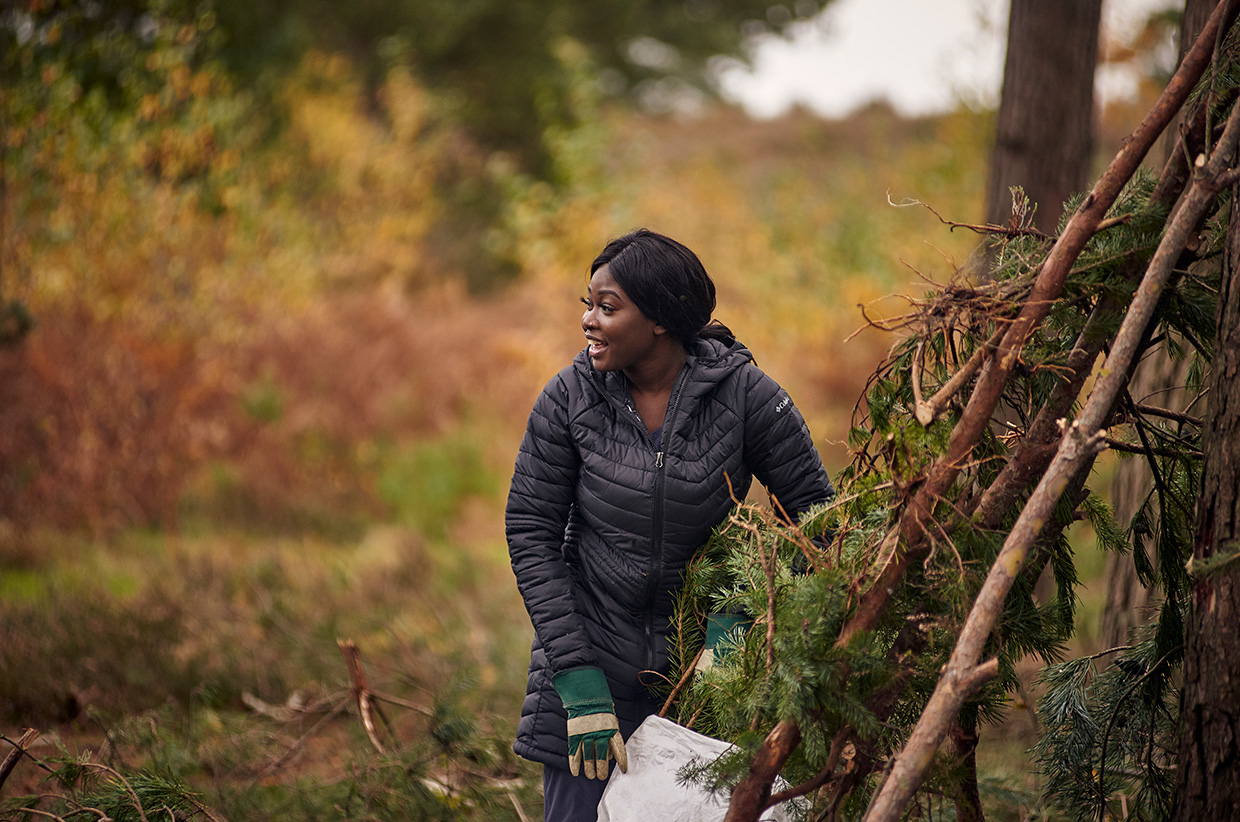 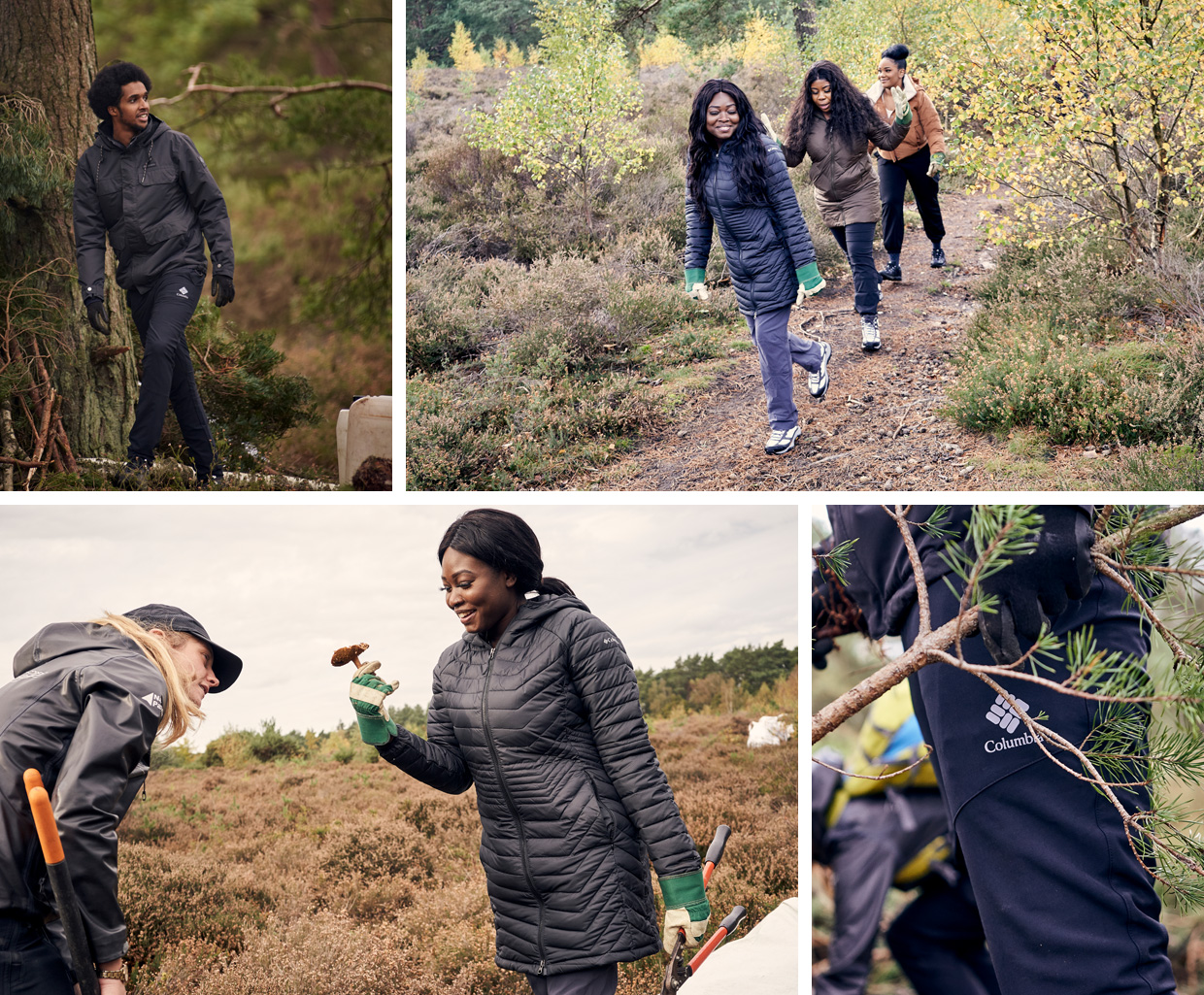 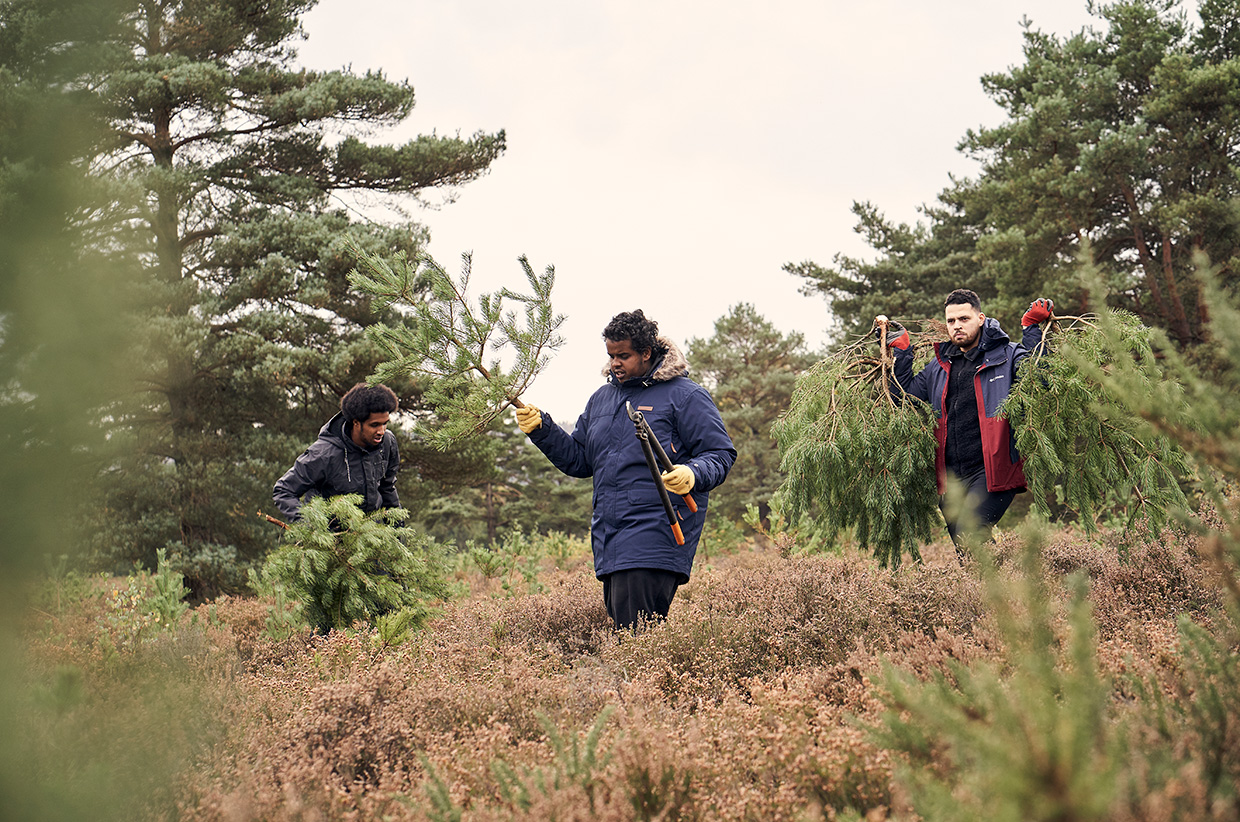 ‘It’s so different from London. London is full of cars and noise… Out here it’s just full of wildlife. It’s way better than London!’ he laughs, looking up towards the trees that surround him, experiencing for the first time in his life a vista not interrupted by man-made infrastructure.

National research from 2017 showed that only three percent of UK National Parks visitors are from a black and minority ethnic background and just five percent of visitors are 16–24 years old. With the belief that the outdoors are for everyone irrespective of race, class, creed or ability, Columbia is supporting a number of community groups and charities across the UK to shine a light on the inspiring work they undertake to bring the outdoors to a broader audience.

Rasheeda, 23, Communications and Events Officer for the Change Foundation is a young person herself, and understands the needs of the people the programme is targetting, and speaks passionately about the importance of her work.

‘This type of group needs to exist because the youth of today aren’t being looked at as much – there aren’t as many after school or youth clubs… There’s no funding for these things. So there’s nowhere for them to go.’

In addition to the lack of sporting opportunities, she acknowledges the other influence on the current young generation. ‘It’s easy to get caught up online nowadays, with the influence of social media. It’s so important to have these face-to-face interactions and get kids into physical activity. Show them that there’s more out there.’

Daniel Greenwood, from South Downs National Park, adds ‘we know there are so many benefits for young people to get outside, in not just physical but mental health.’ 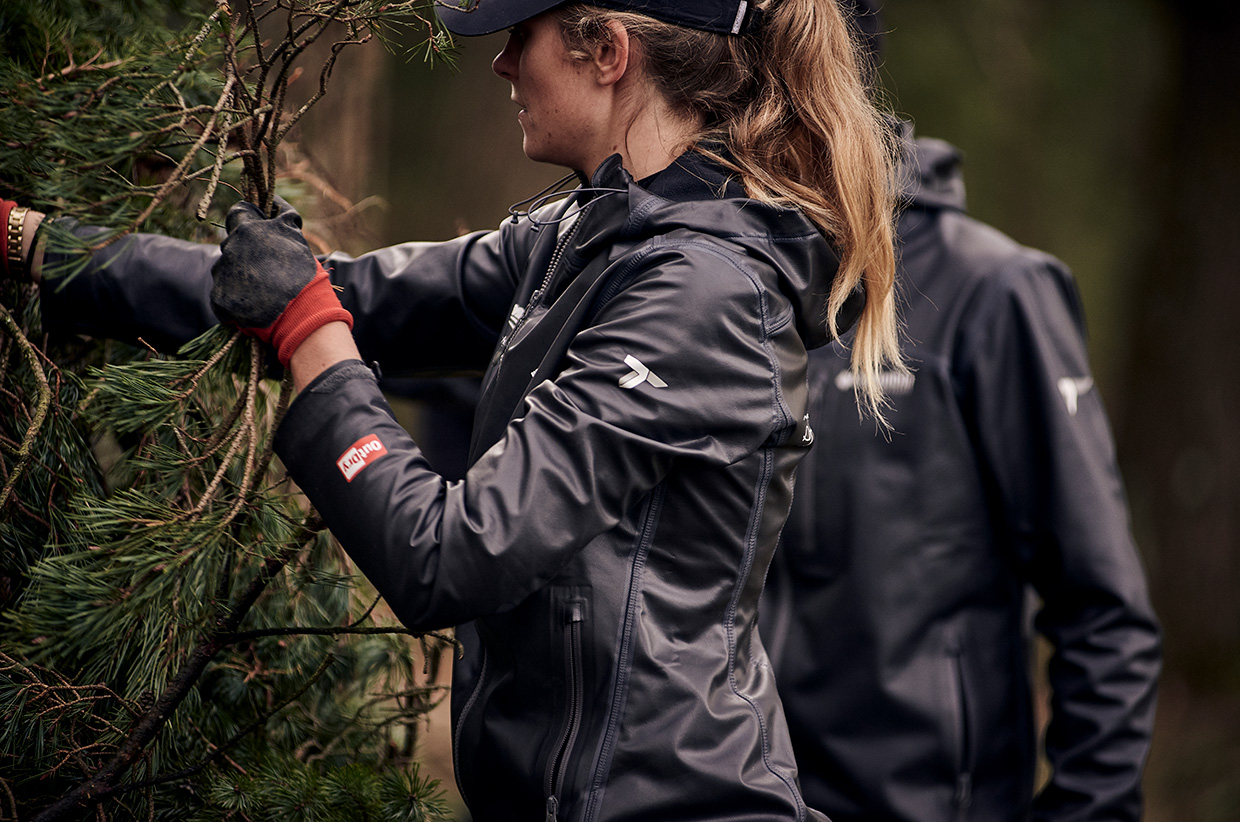 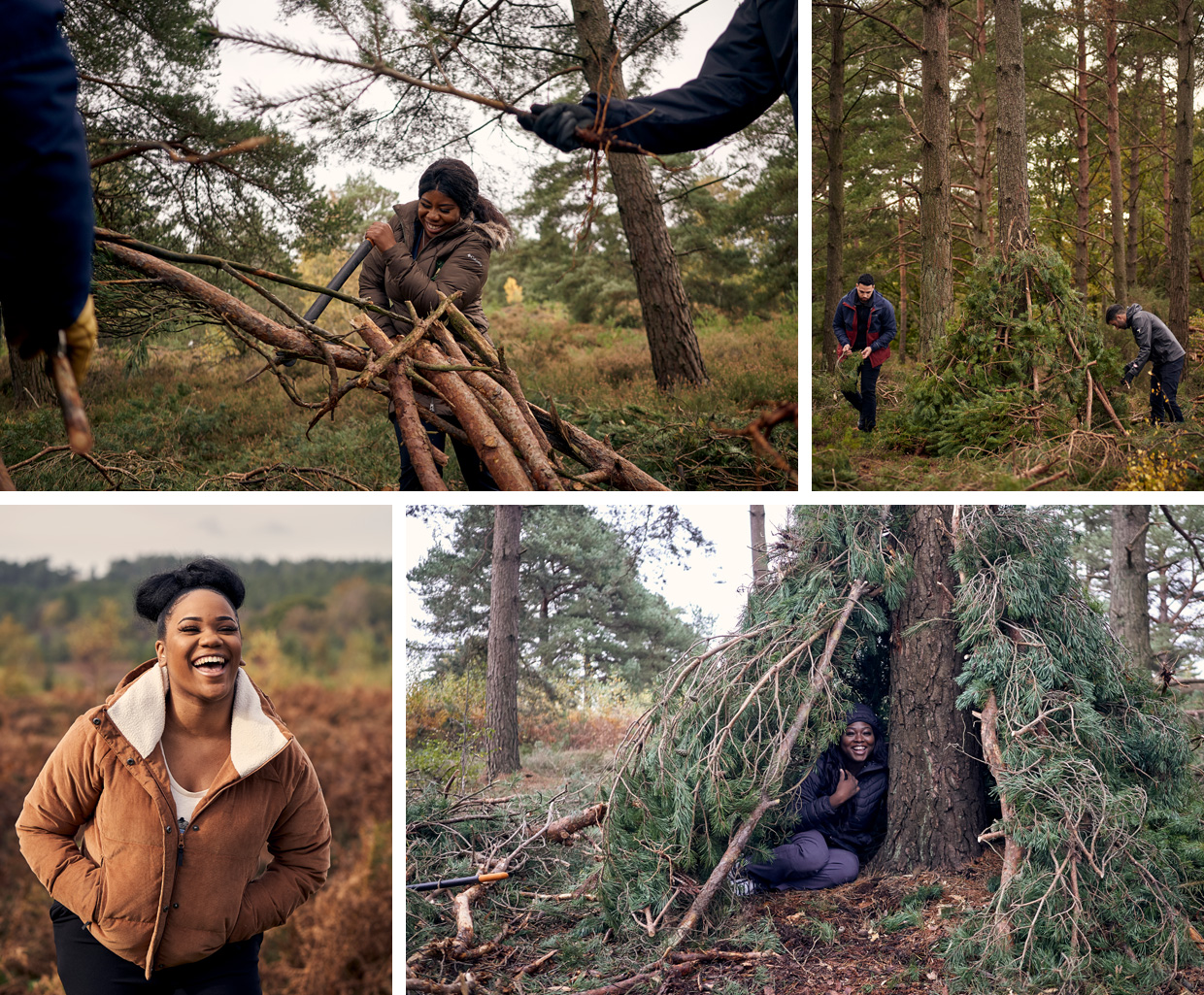 Street Elite is an academy of weekly sessions for fourteen weeks that combine sport and skills geared towards gaining work. The programme begins with ‘on the street’ intervention and recruitment of young people involved in gangs and crime. Through sport and the outdoors, the programme trains young people for work and steers them towards positive futures. In addition to sports and activities, participants benefit from mentoring, placements, and industry speakers.

Olivia, a Street Elite participant who, like the rest, had never visited a National Park before, speaks about her Youth Action Day with a glittering enthusiasm, spiked with a competitive edge for the hut-building competition – ‘It’s been a really long time since I’ve visited the outdoors. This means a lot to me because I have a young son, and I want to show him that there’s more out there than just the city. I want to introduce him to nature’.

Street Elite has won numerous awards for its community action, and currently has a remarkable pass rate of 80% of participants who graduate the program to go on to either employment, training, or education.

With an emotional optimism and care for the participants, Rasheeda adds, ‘The benefit of the programme is that the kids will be shown that someone out there cares for them, that they’re not a lost cause, and it’s never too late to change and reevaluate your life.’

Article sponsored by Columbia Sportswear, the official outfitting partner of the UK National Park Rangers and provides the gear you need to keep warm, dry and protected so you can stay outside for longer.