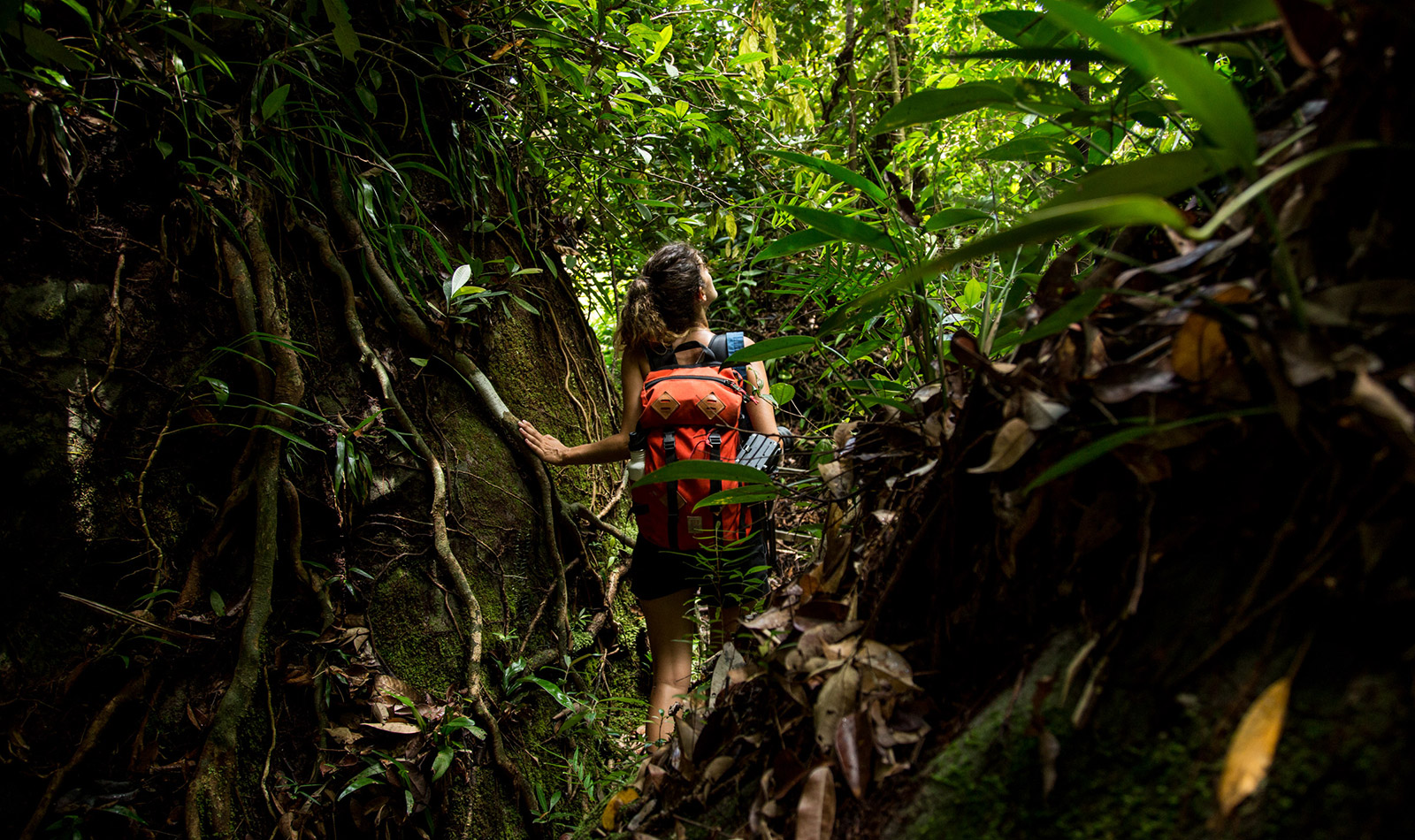 The first time Soren and I met we spoke about our mutual yearning to travel to Southeast Asia. Less than a year later, we were waking up in a new place each day and riding the whims of curiosity. ‘Findings’ is a reflection of our time in these places – the ancient ruins of Bagan, life on the Mekong river, dense jungles of Malaysian Borneo and the immense underwater landscapes of the South Pacific. These all became home for our days on the move. Our cameras pushed us to go further, and documenting our experience became our obsession.

Having grown up watching David Attenborough documentaries, to think of Borneo was to dream of distant lands covered in thick rainforest, where the deadliest of beasts battled over territory, and aboriginal tribes practiced headhunting. It was a place where only the most daring of explorers would choose to go, so that became one of our primary goals; travel to Borneo, venture deep into the rainforest and seek out Orangutans in the wild.

Sadly, we never found the Borneo we grew up yearning for. Instead, we landed on an island stripped of its jungles, replaced by infinite rows of palm oil plantations. However, when we arrived in the Malaysian sector of Borneo, we heard only one thing – go to the Kinabatangan River. The Kinabatangan is a river system that stretches south from the northeast of the island. Its windy, dense nature has helped slow the progress of the impending sprawl of palm plantations. The sheer biodiversity of the region has helped to protect sections of the rivers, making it one of the remaining forest corridors where there are populations of Bornean Elephants, Proboscis Monkeys, countless varieties of reptiles, hundreds of bird species and Orangutans. 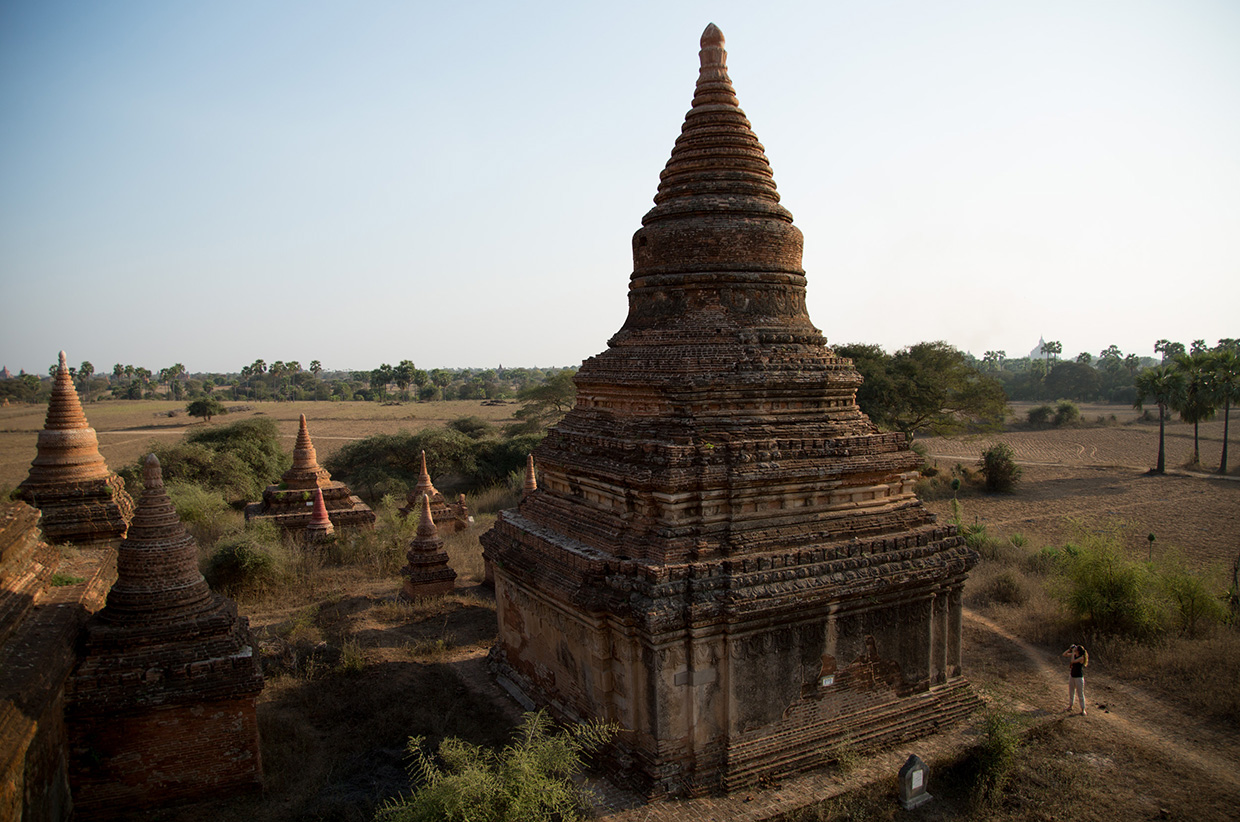 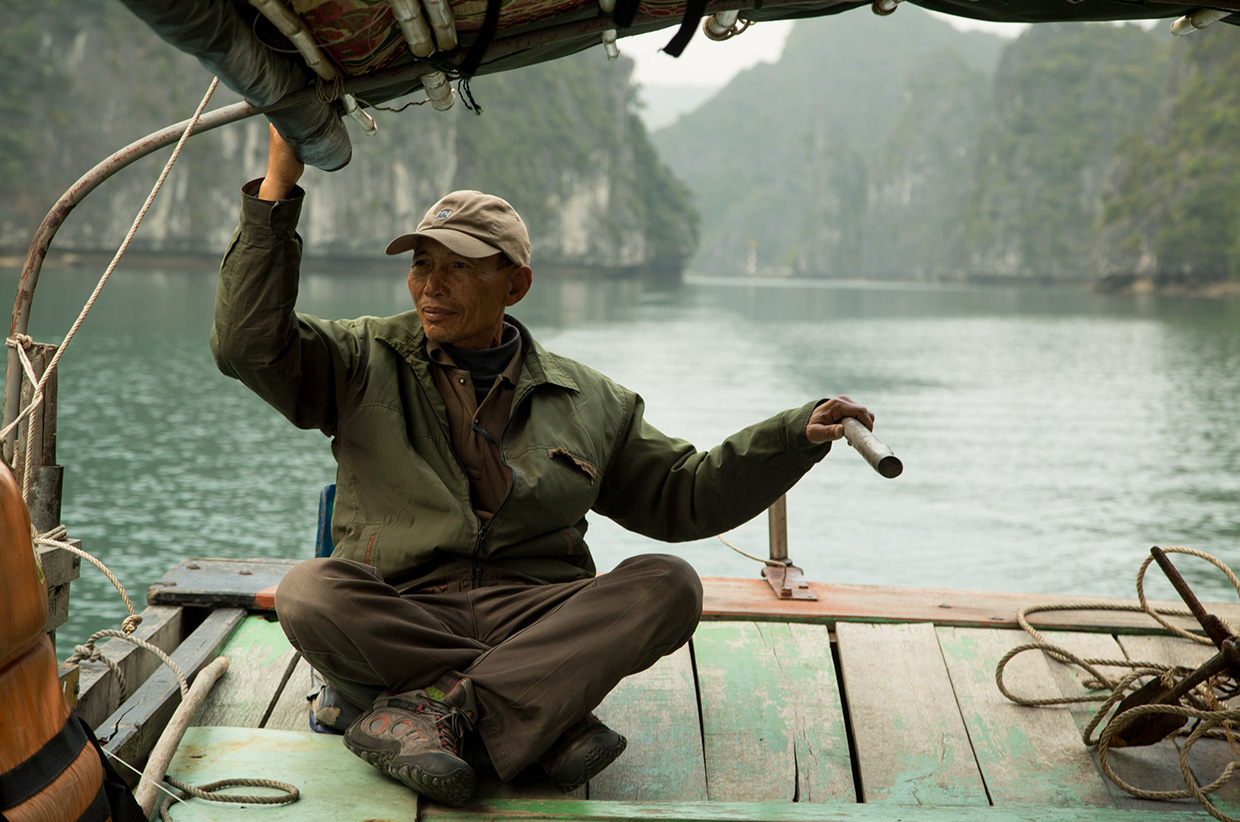 We needed a guide and found one the old fashioned way – via a small ripped sheet of paper with a scrawled phone number on it. The guide, called Osman, picked us up in his small boat and steered us through the murky waters to his family’s home. His message was clear, we would have to leave very early in the morning.

We had breakfast at 5.00am and the three of us were in the boat shortly after, heading upstream. We spent the next few hours cruising the river and came across the strangely human-like Probiscus monkeys, macaques, large monitor lizards, and some of Borneo’s beautiful hornbills—birds that seem prehistoric in their look and flight.

It was as we made our way back home under the setting sun that we saw one of the most impressive spectacles we’d ever seen: a herd of 21 wild pigmy elephants feeding at the river’s edge. Osman let the boat float along the bank as we sat in silence watching the elephants, in awe. He was smiling. This was what made him happy. This was the beauty of his home. The golden light crested the horizon until it was pitch black and only the sounds of the herd remained.

Later that night we came to understand the unfortunate truth about all the impressive wildlife we had seen in just one day. ‘20 years ago you didn’t see this’ Osman said. The only reason they’re all right up against the riverbank on full display is because they have nowhere else to go. The palm oil plantations have very literally pushed the wildlife out.

The next day we climbed the limestone exterior of the famed Gomantong cave, home to millions of bats, swiftlets and the brave bird-nest harvesters that live and work at the top of the 90mtr cave. When we reached the top, hearts beating out of our chests, we waited for the nightly exodus of the bats. From here, we had a vast, beautiful vantage point of the green hills that remain untouched, and it was there, at first an orange speck amongst the green, that we spotted what is known in Malay as a Person of the Forest; an Orangutan.

The sighting of such creatures in the wild, free of cages and trickery, produced something unlike anything either of us had ever felt. The pressing urgency to protect this species and this way of life suddenly became so evident, so immensely difficult and yet somehow, still possible and very much in our hands. 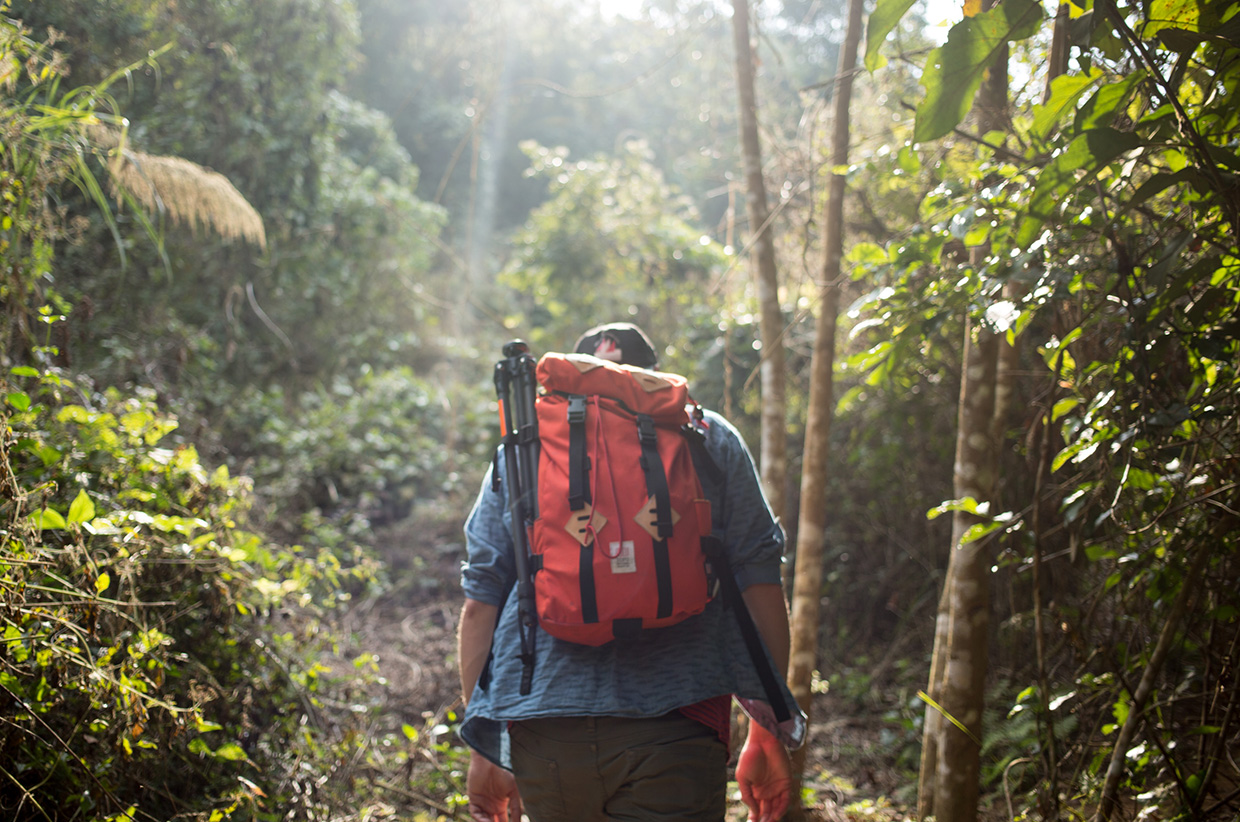 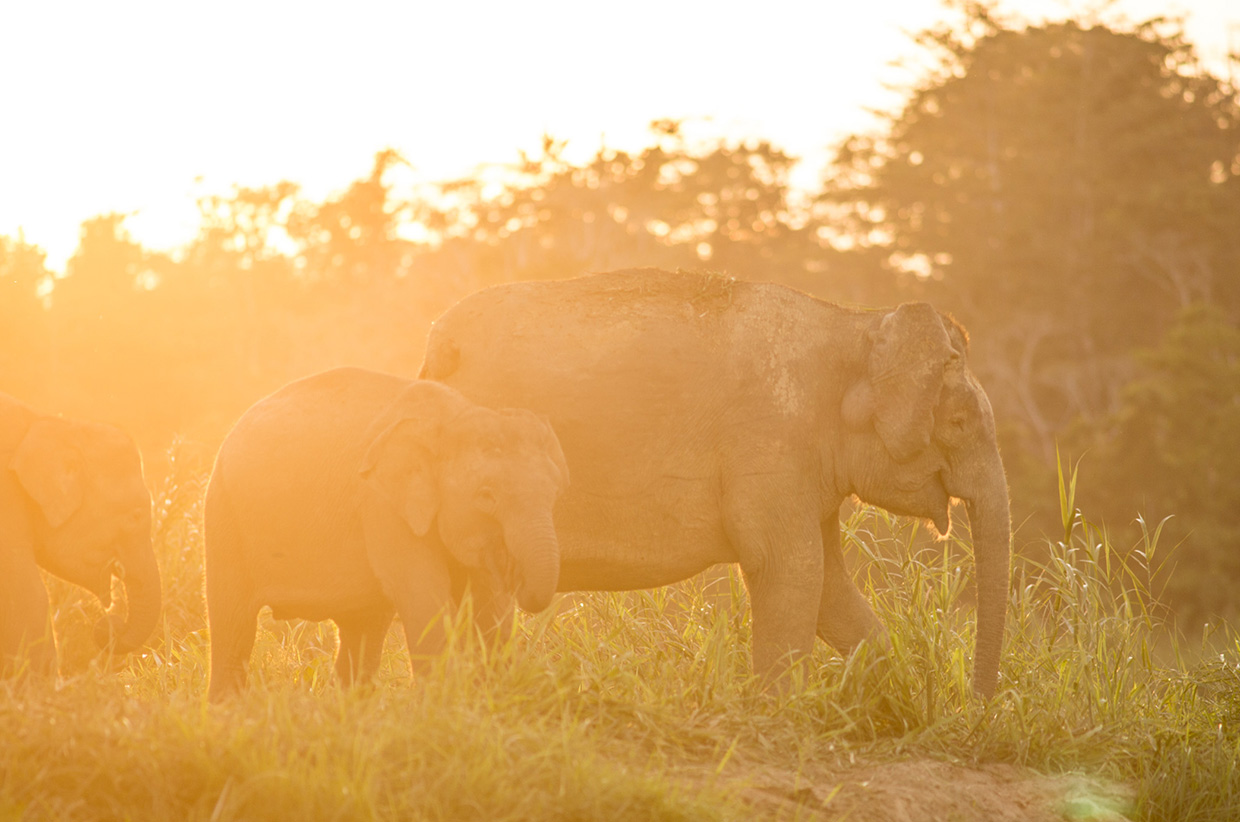 For more information on Victoria and Soren’s adventures visit www.FindingsAlongTheWay.com or find them on Instagram @vickycristinanuevayork and @dinosoren