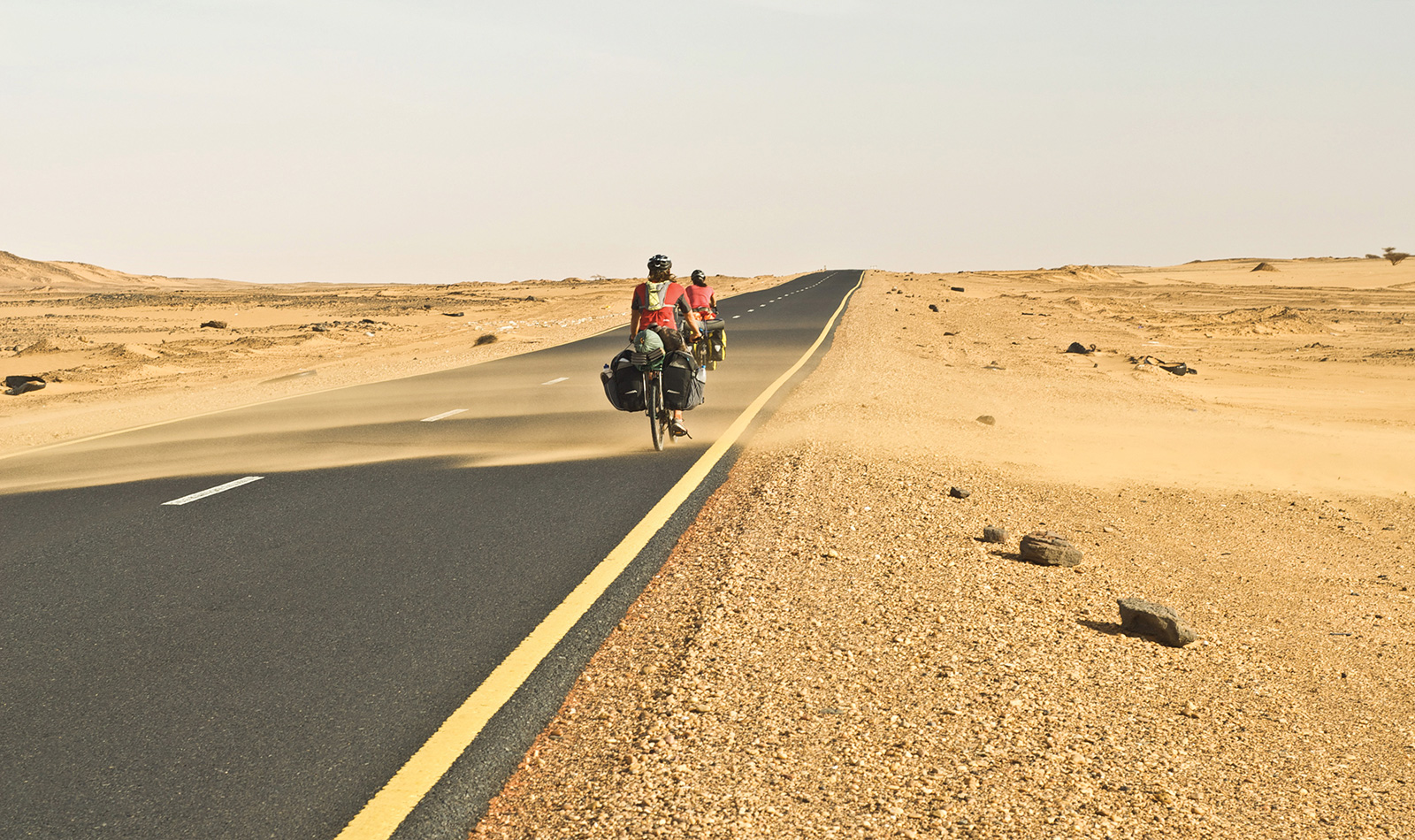 And so began the problems of physical fragility. The cripplingly inadequate and injury-provoking cheap Chinese replacement part that we had finally resorted to fitting to my bicycle, Winston, in Amman had done its worst. The danger of putting too much pressure through an already weakened knee, combined with all of the weight we were carrying, had finally been realised. Three days after leaving the capital, and after some unbeatable wild camping in the spectacular Jordanian desert, we limped somewhat pathetically into the Southern Jordanian port of Aquaba.

As we were waiting to board the ferry that would take us across the Red Sea and onto that huge milestone of African soil a certain Hassan wandered up and asked us what we were up to. People generally stared in disbelief and found it hard to grasp the nature of our trip, not to mention the status of our sanity – surely we can’t be cycling across multiple countries out of choice – and this moment was no exception to the common reaction of bewilderment…

Hassan looked upon us with unreserved pity and decided quite naturally that he needed to try and alleviate our obvious suffering. He immediately asked if we needed a lift to Cairo. He and his 18-wheeler frozen goods truck were headed that way. It would take three days and he had enough supplies for us all. He said that he had entire empty freezer container where we could store our bikes and which would double up as our bedroom. He kindly said he had a couple of wooden crate palettes that we could sleep on during the night. He also promised that he wouldn’t lock us in and turn on the freezer. How could we ever turn down such a generous offer?

This solution of course made perfect sense to him; and due to unfortunate circumstances, also to us. However, we sat deliberating for a while…

…what would this mean for the nature of the trip and our objectives?
Would this be somehow detrimental to our journey? This whole adventure had never been about dogmatically cycling every kilometre, it had always been about maximising every opportunity and experience. Given the state of my knee, the decision soon became a forgone conclusion. We had become firmly set on living the life of a trans-continental truck driver.

This recipe was taught to us by the wonderful Hassan in an impromptu trucker’s rest stop in the middle of the Sinai Desert. We had just parked up for the night in between two mosques when Hassan proudly states that he is going to cook us his own special version of the very popular chicken Kabsa dish.

Cook, here? In the truck? Where?

Hidden below this great behemoth of a vehicle, and completely unbeknown to us, was Hassan’s little pop-down kitchen, complete with a decidedly unstable gas stove, a battered old kettle, a spice and vegetable draw, a cool box, and finally Hassan’s pride and joy: his beloved pressure cooker.

In between long drags of his ever-stoked shisha pipe, Hassan would chat endlessly in his wonderfully broken English about all and anything that crossed his mind. We sat and listened and pretended we understood all that he was saying. A gregarious, giving, intelligent man; it was a true privilege to be taught and aided by such a colourful character. Hassan helped and entertained us through a particularly difficult and frustrating stage of our journey, and he never asked for anything in return. Yet another fleeting guardian that made our progress possible.

As we were waiting to board the ferry that would take us across the Red Sea and onto that huge milestone of African soil a certain Hassan wandered up and asked us what we were up to. People generally stared in disbelief and found it hard to grasp the nature of our trip, not to mention the status of our sanity. 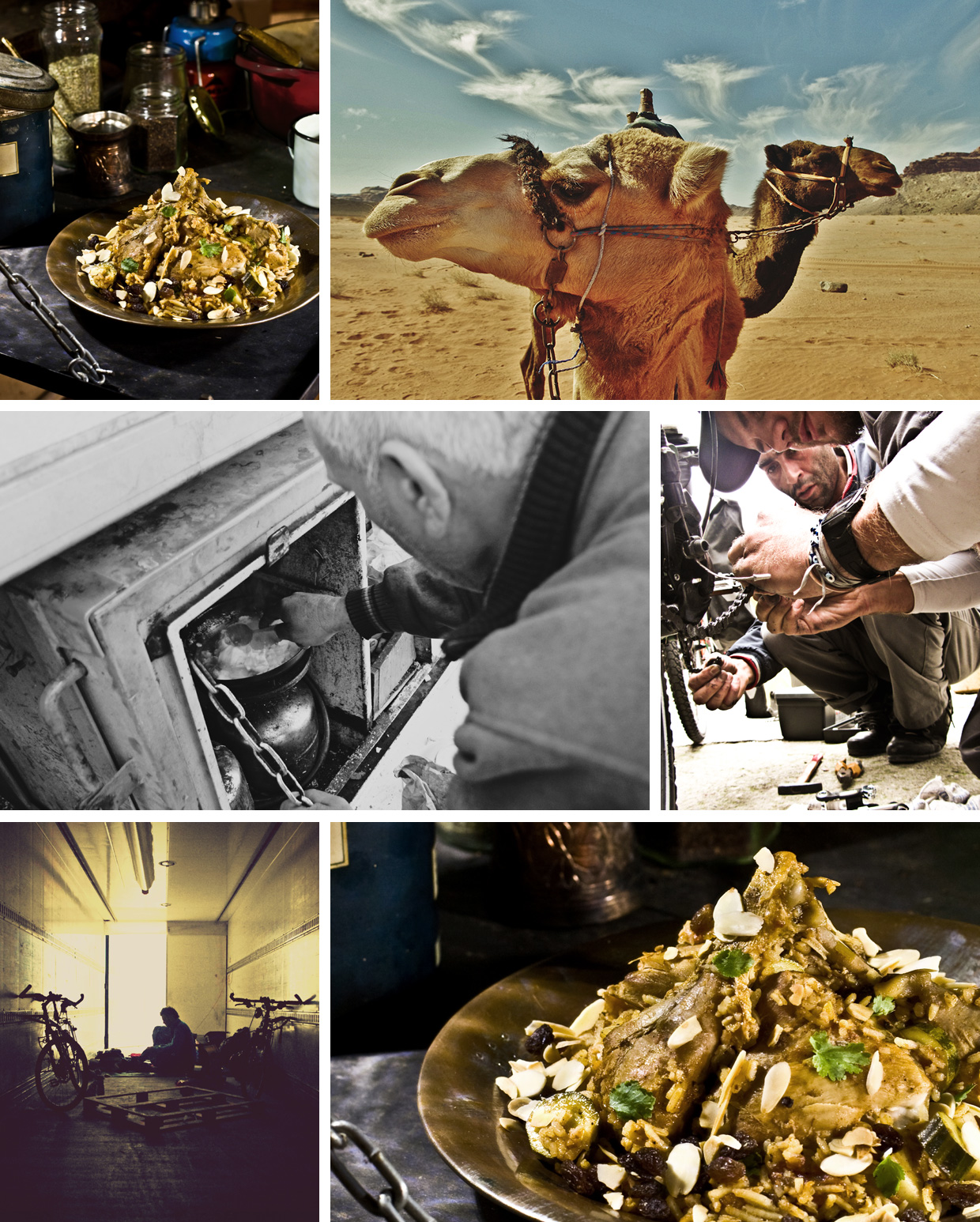 Get yourself a large pressure cooker or a large heavy pot with a heavy lid – this is a key component to this one-pot dish. Over a medium heat melt the butter and then start sweating the onion. After 5 minutes add all the chicken pieces. We want to give the chicken an initial nice light browning. This should take about 10 minutes.

Next, in with the boharat spice mix and add a good pinch of salt and pepper. Allow them a couple of minutes to fry with the chicken and start releasing their aromas. Now in with the tomato puree and garlic. Another couple of minutes to cook out the garlic and then chuck in the canned tomatoes and half of the stock. Give the pot a big old stir and then bring to the boil. Once boiling, reduce to a simmer and pop on the lid for about 30 minutes.

Remove the lid, stir again, and then add the remaining stock. Now, in goes the rice, the grated carrots, the potatoes, the courgettes and the chickpeas. Stir the pot and then back on with the lid and let it all simmer away for about 25 minutes. After this time check to see if all the ingredients are cooked (the veggies and rice should have a slight bite to them, and the juices of the chicken should be running clear) – they should all be going at the same rate, but if more time is needed, add half a cup of water and simmer away for another 5-10 minutes or until ready. Check seasoning.

Once happy that all is nicely cooked, transfer the contents of the pot to a large serving platter – this dish is all about communal, hands-in eating. Scatter over the slivered toasted almonds, a generous bunch of fresh parsley, and a handful of pickled chillies just to give it all a little kick. Hassan’s own one-pot chicken kabsa – the perfect dish for the next time you might find yourself in a truckers’ rest stop in the middle of the Sinai Desert. 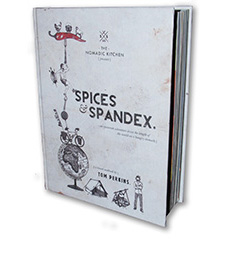 Spices & Spandex is a unique travel cookbook about a gastronomic cycling adventure. It documents the recipes, cultures, characters and challenges encountered along the road as two mates successfully, albeit eventfully, journey unassisted through 26 different countries, for 501 days, covering over 20,000km from the UK back to Cape Town, South Africa.

The Nomadic Kitchen In Search Of An Inner Silence 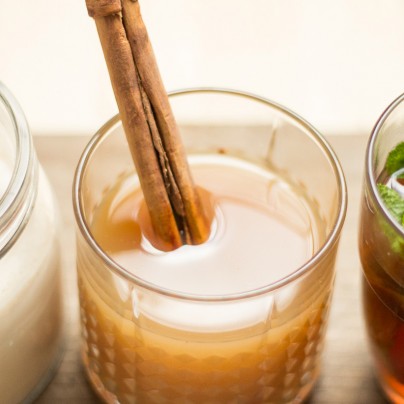