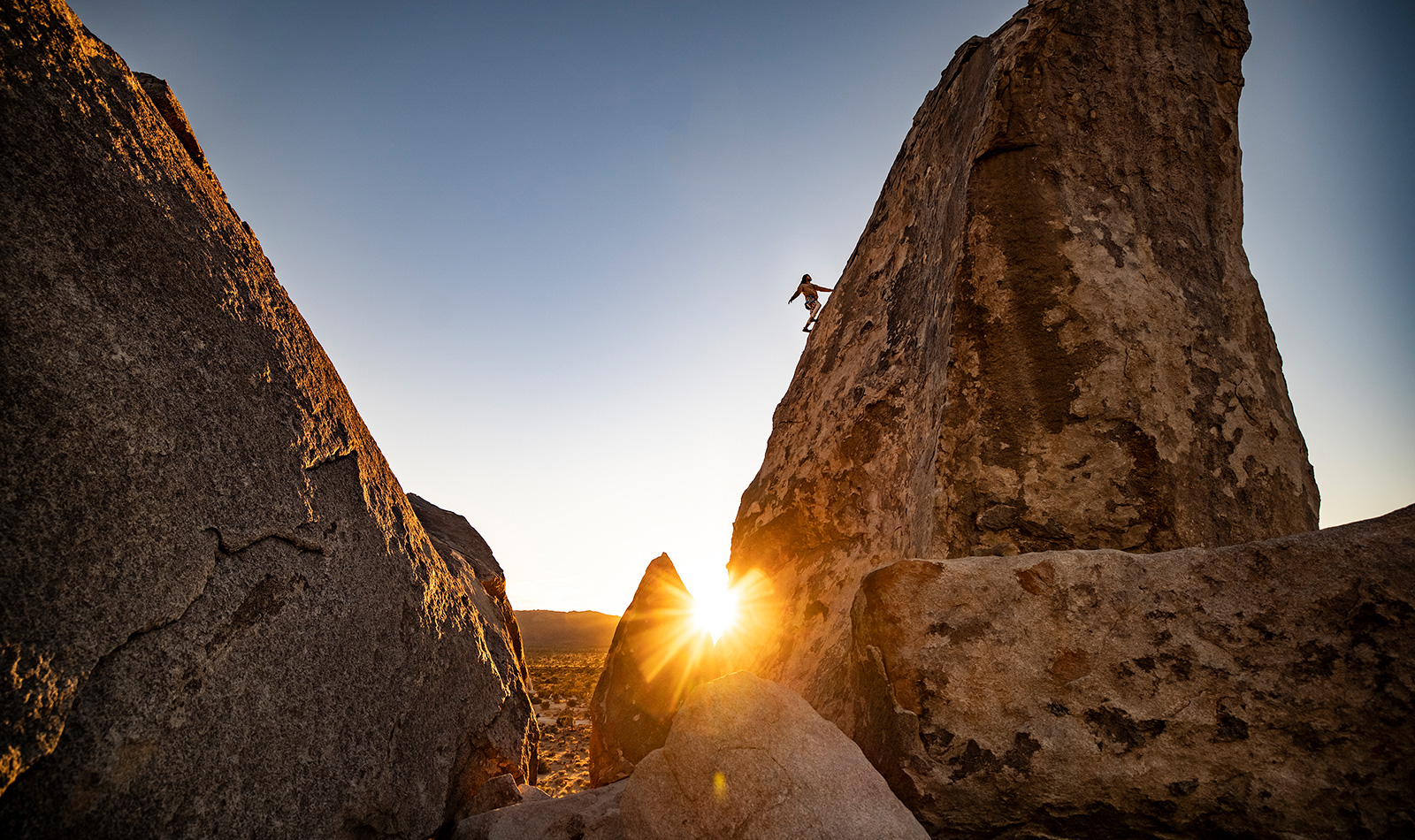 In Search of the Yucca Man

Climbing amongst the rock towers of Joshua Tree National Park, Jared Leto and Jimmy Chin seek their place in the geology of stories that fill this ancient landscape – stories that inspire us, that fill us with a primal awe of the unknown, and that help us to understand the meaning of adventure.

The lip of the top-out is a single move away. The climber reaches behind his back and dips his clammy right hand into the chalk bag. His movements are slow and precise. Each point of contact feels so tenuous, so interdependent that even the slightest readjustment could break the spell. He carefully replaces the hand. The hold is no wider than a couple of matchsticks. Less than half the top pad of his fingertips. He positions one finger at a time, laying the next on top of the last, finally wrapping his thumb over the top. Remove the left hand; repeat the process. Breathe. The arid desert air combines with the rising tension in his body to leave his lips, mouth, tongue dry. The rope runs straight and true below him, a bright ribbon against mottled beige hues of rock. As solid as his last piece of protection is, it’s far enough away that he’d be lucky to avoid a groundfall if he makes a mistake now.

The world rotates; shadows grow longer and blacker. The rock glows fire-red, radiating heat as the air cools. He can’t stay here forever. Or can he? Just become part of the rock. Watch a million more sunsets. Be climbed over by others. Feel the sweat of their palms. Hear their whoops of elation as they pull over on to the top of the crag. Why shouldn’t he stay here forever?

He knows it is time to move. ‘Watch me!’

The instruction to his belayer is half shout, half croak, but he moves with intent, bringing his left foot high and rocking his weight over onto a small imperfection. He slaps for the top with his right hand. There is no ‘thank god’ hold, just an easing of the gradient. ‘Trust the friction,’ he mutters to himself as he brings his other hand to meet it.

A silhouette catches his eye as he swings a leg up. Then the stench. A rotting, putrid odour that fills his nostrils. The climber wretches involuntarily as the creature comes closer. It almost moves like a man, but the proportions are out – broader and longer limbed, each step somehow languid yet impossibly fast. In that instant it is standing directly above the climber. ‘Hello?’ coughs the climber. The Yucca Man simply growls.

Fifty feet below, the belayer grows impatient. As if the climb weren’t hard enough, he’ll now need to second it in the half-light of dusk. And just what is the climber doing up there? It doesn’t take that long to set up a belay. Just as he is about to make his feeling perfectly clear, the end of the rope falls at his feet: a frayed mess, the white core stained blood red.

An inhuman bellow echoes against the walls of the Joshua Tree boulders, the sound chasing the belayer as he flees.

For as long as humans have communicated, we have told stories – myriad tales, covering every conceivable subject, but it is often postulated that there are only seven types of plot. The protagonist, location, and details change, but we repeat the fundamentals over and over again from cave paintings to religious texts, comic books to literary classics. Yet we never get bored. We reread books, retell tales, find new ways of articulating the same basic messages of humanity over and over. Storytelling is part of what defines us as individuals and a species. 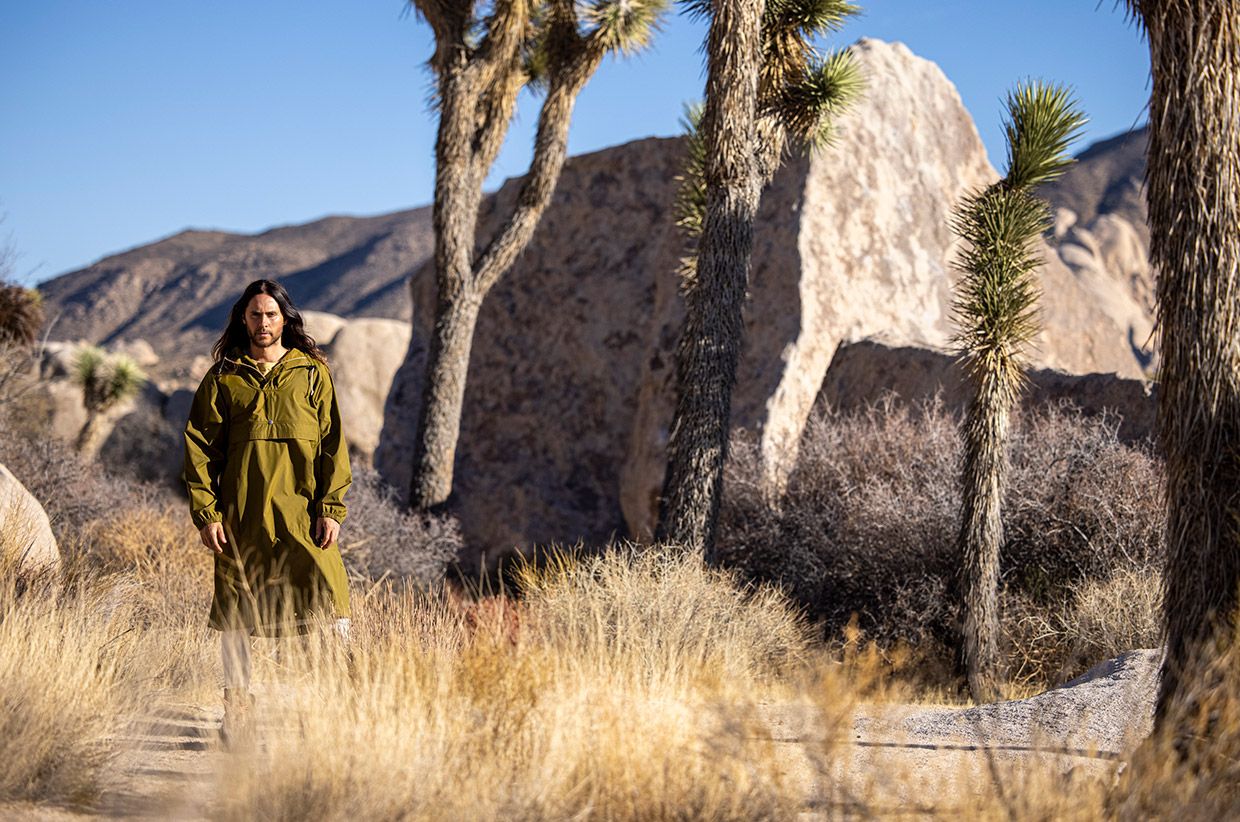 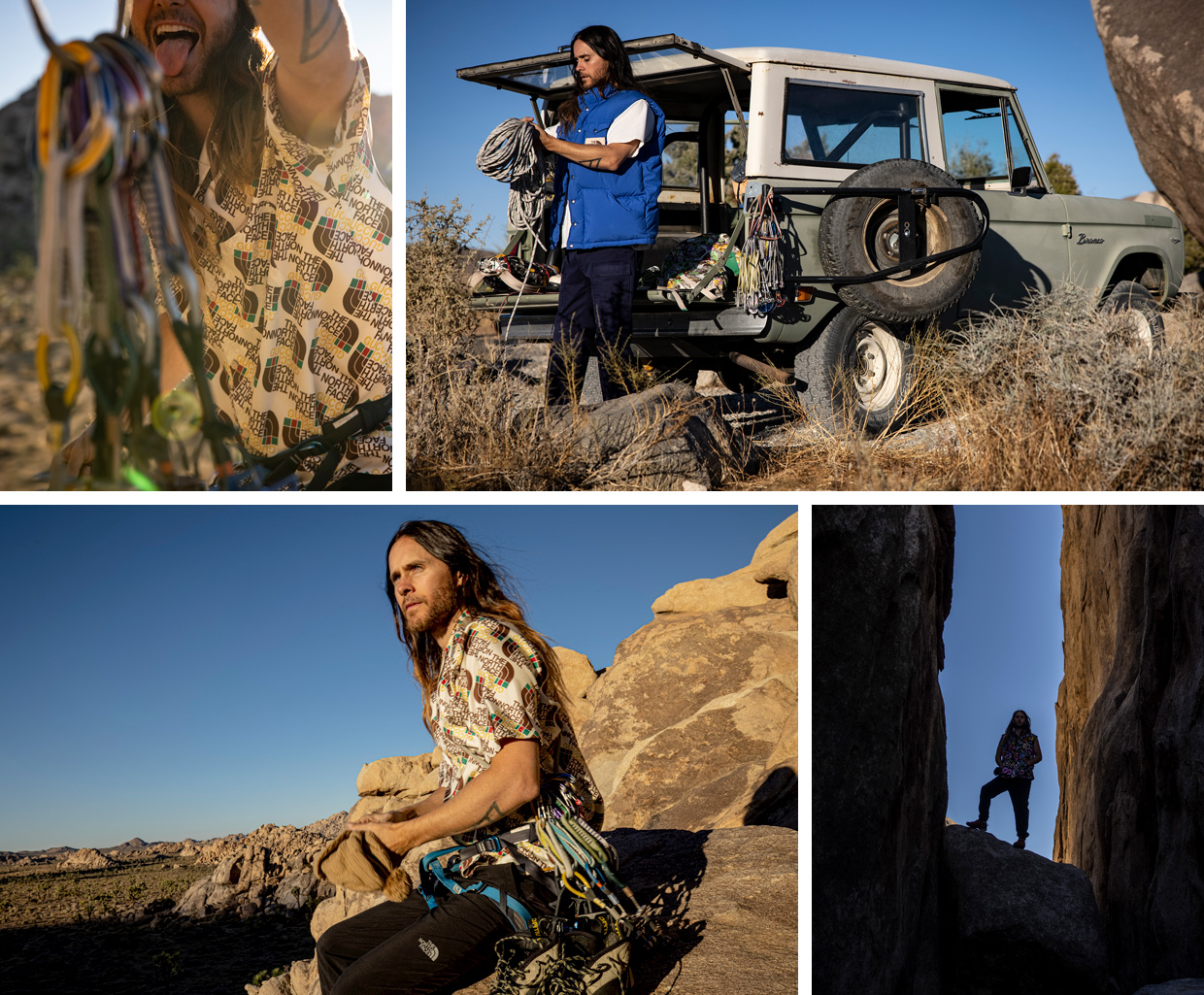 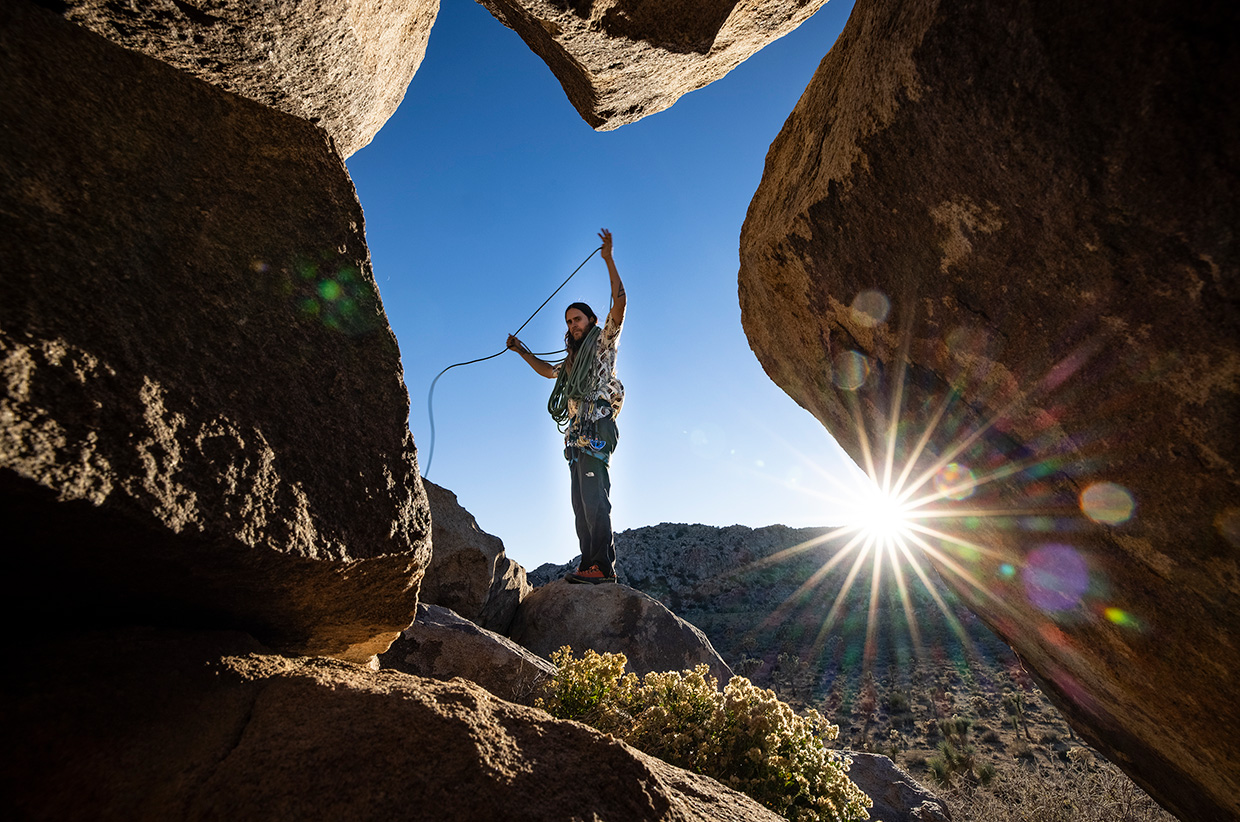 Whether it’s the Yucca Man or Sasquatch or Yeti, there are legends of half-man half-beast creatures wandering our mountains and forests the world over. They are more than simple monster yarns designed to scare us. Each taps into our desire for mystery and what-ifs. There is something appealing about the idea of an as-yet-undiscovered creature out there, regardless of how frightening it might be. The Yucca Man and his cousins symbolise the intangible danger that our wild places can represent. He bundles up our rational and irrational fears into a being: something that can be named, fled from, but never conquered. And, like all stories, they connect us. That connection goes beyond the emotions elicited by the story itself, but is inherently tied to the act of storytelling. In its most basic spoken-word form, we need to be together for a tale to be told. Sitting around a campfire, making eye contact. Listening. Confirmation that for all our differences we have the same basic fears and hopes.

Fairy tales and fables are just that, though. There reaches a point where we want to create our own stories; be our own protagonists. Maybe there is really only one story. We are born, we die. All we can control is what we do with the time in between.

Long before he pulled onto rock, Jared Leto was inspired by the stories of climbers. The kid that gravitated to the parks and woods – clambering on whatever he could find – grew up to yearn for the adventure that climbing promised. Later, Leto even bought a pair of climbing shoes as a promise to himself to one day act out his dreams.

Finally, it was his own opportunity to create stories – a documentary series – that allowed him the time and space to learn to climb. And through the process of chronicling others, he made connections; friendships with some of the best climbers in the world.

In a year when for so many of us the simplest of human connections have been stripped away, the power of storytelling has grown immeasurably.

Standing between cactus and yucca, barefooted in the dust, Jared coils the rope between his elbow and forearm. Newly formed calluses are sore to the touch. Chalk dust is still caked into nail cuticles and scabs are beginning to form over fresh hand-jam-rasped knuckles. He stretches out weary shoulders, shrugs, and rolls his head back. Joshua Tree has worked him over, like it does every climber. The aches of a used body are best when they are embraced instead of ignored. ‘Remember that time when…?’ he begins.

His friend and climbing partner Jimmy Chin nods knowingly. There is no need to finish the sentence, but they do anyway. Talking and laughing in tandem. There’s the time when Jared’s rope was almost severed, the time he and Alex Honnold got caught in a storm and ended up climbing through the resulting waterfall of run-off that was barrelling down their route. They cover the full gamut of plots: the monster (this time in the shape of an avalanche) to be overcome, voyage and return, tragedy, even comedy. In a year when for so many of us the simplest of human connections have been stripped away, the power of storytelling has grown immeasurably. Two friends relive past adventures, plan new ones. Nothing less, but it means a whole lot more.

Talk loops back around to dissecting the day. Headstone Rock is one of the classic Joshua Tree destinations. Boulders are piled on boulders with the Headstone itself seemingly precariously balanced on the top. Paths criss-cross the ground – desire lines between one climbing area and the next, each deviating only around the occasional cactus. 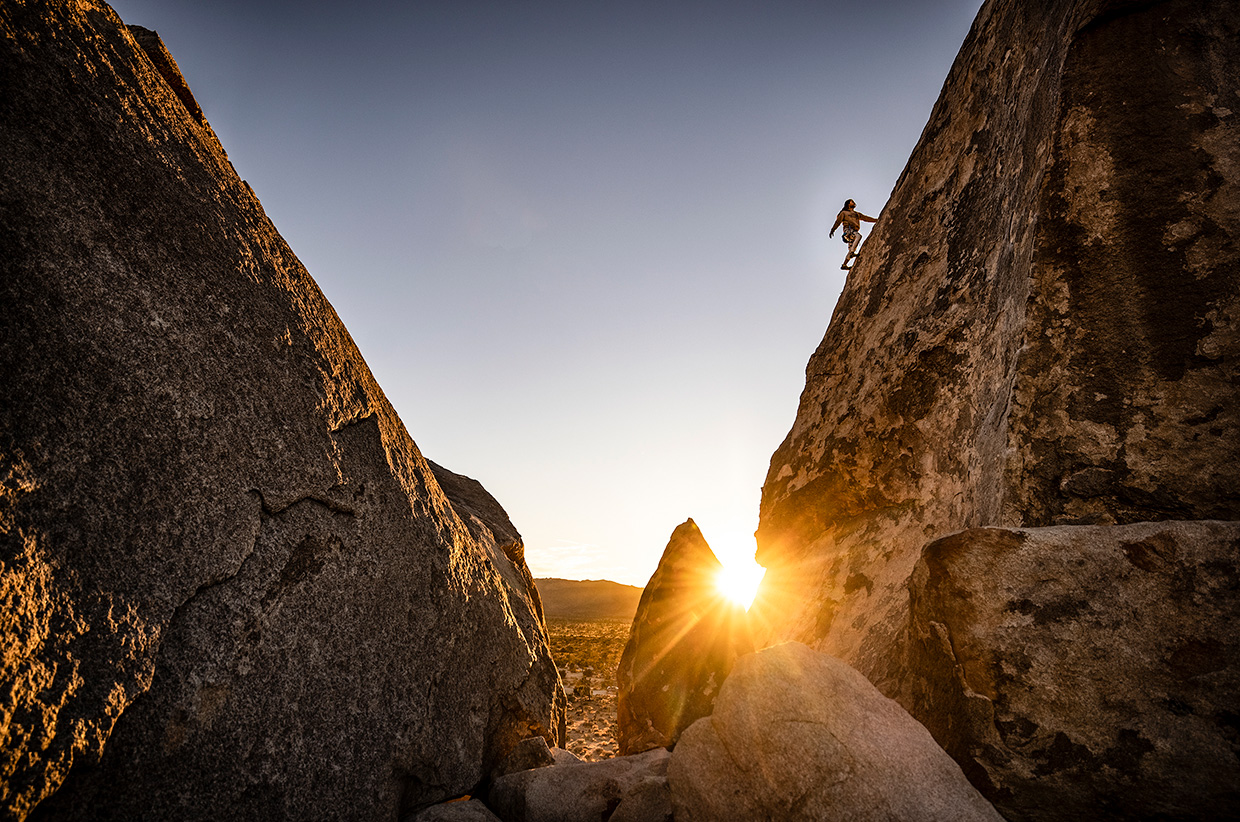 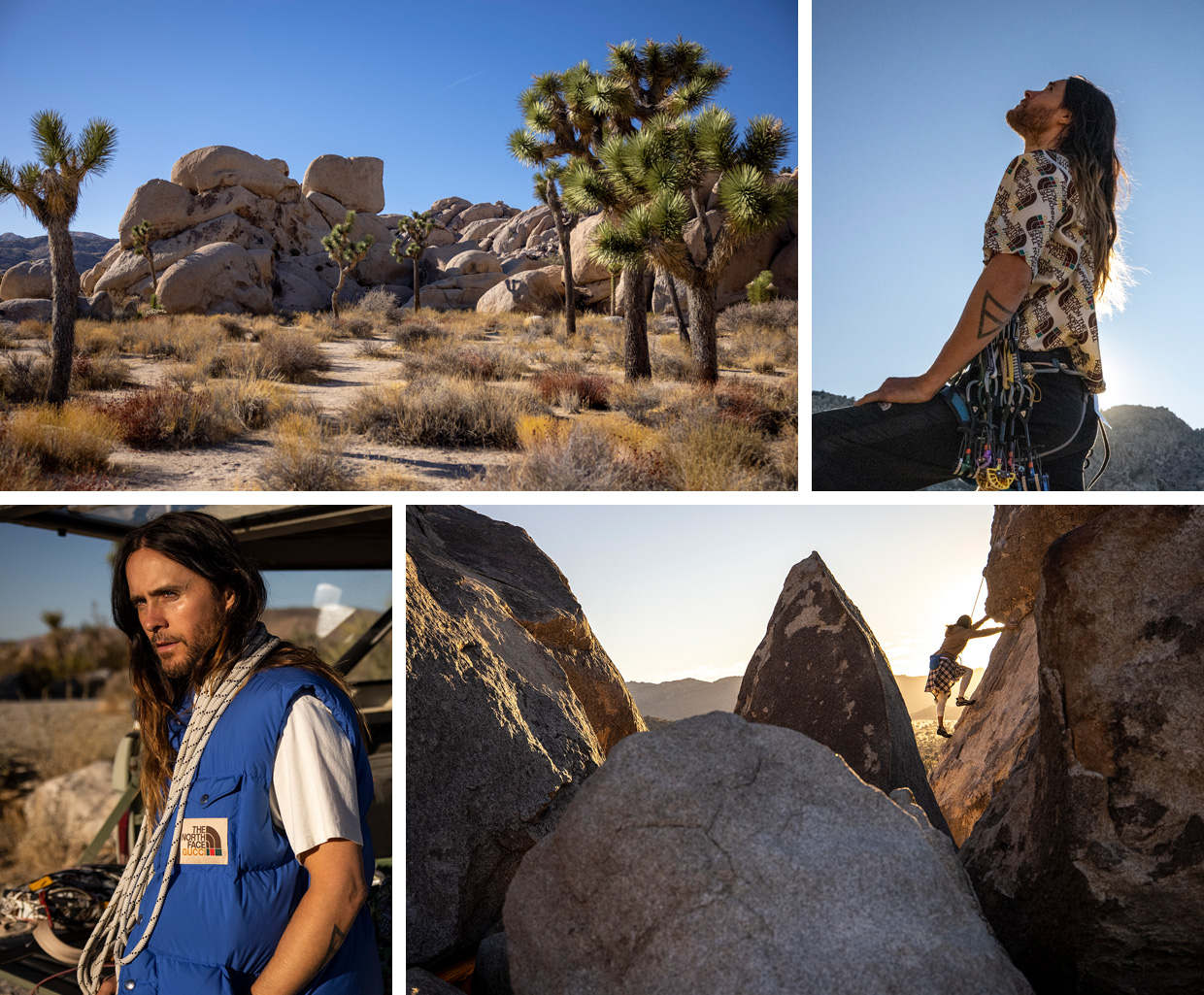 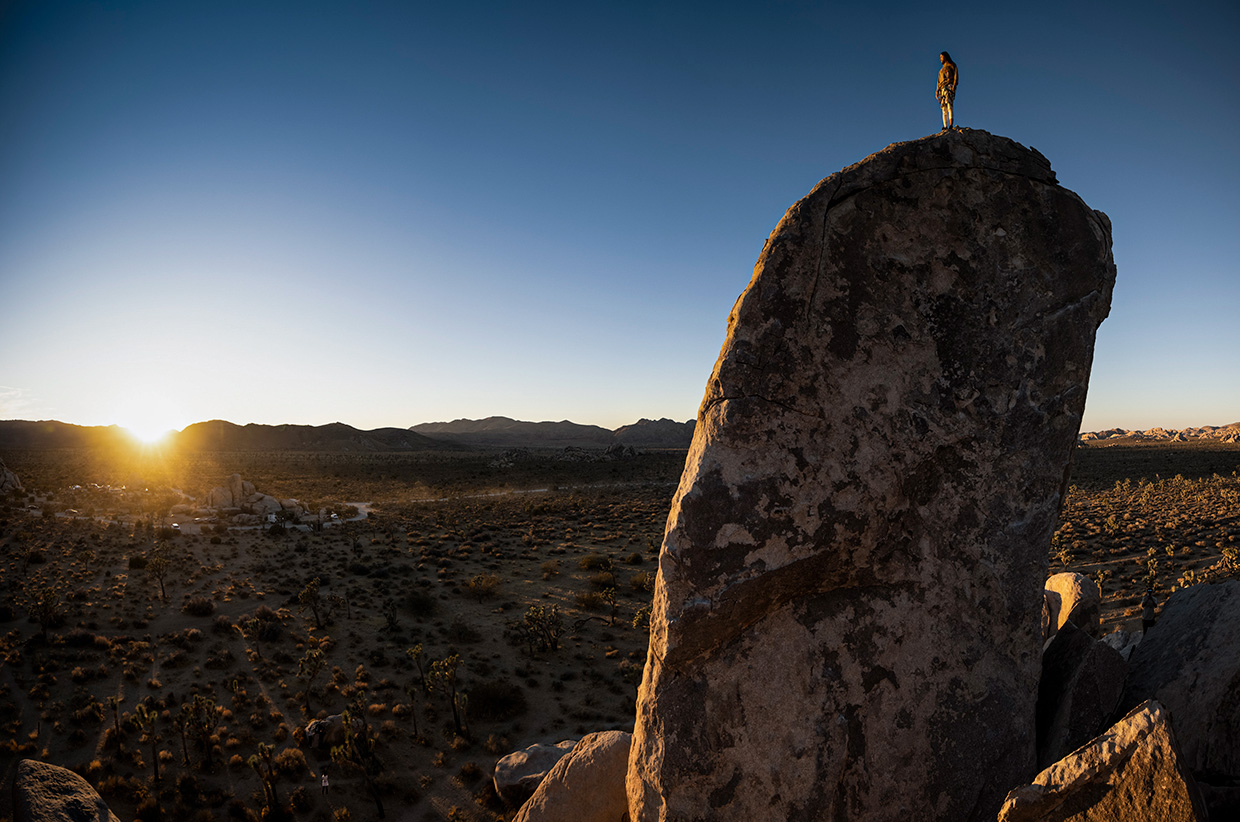 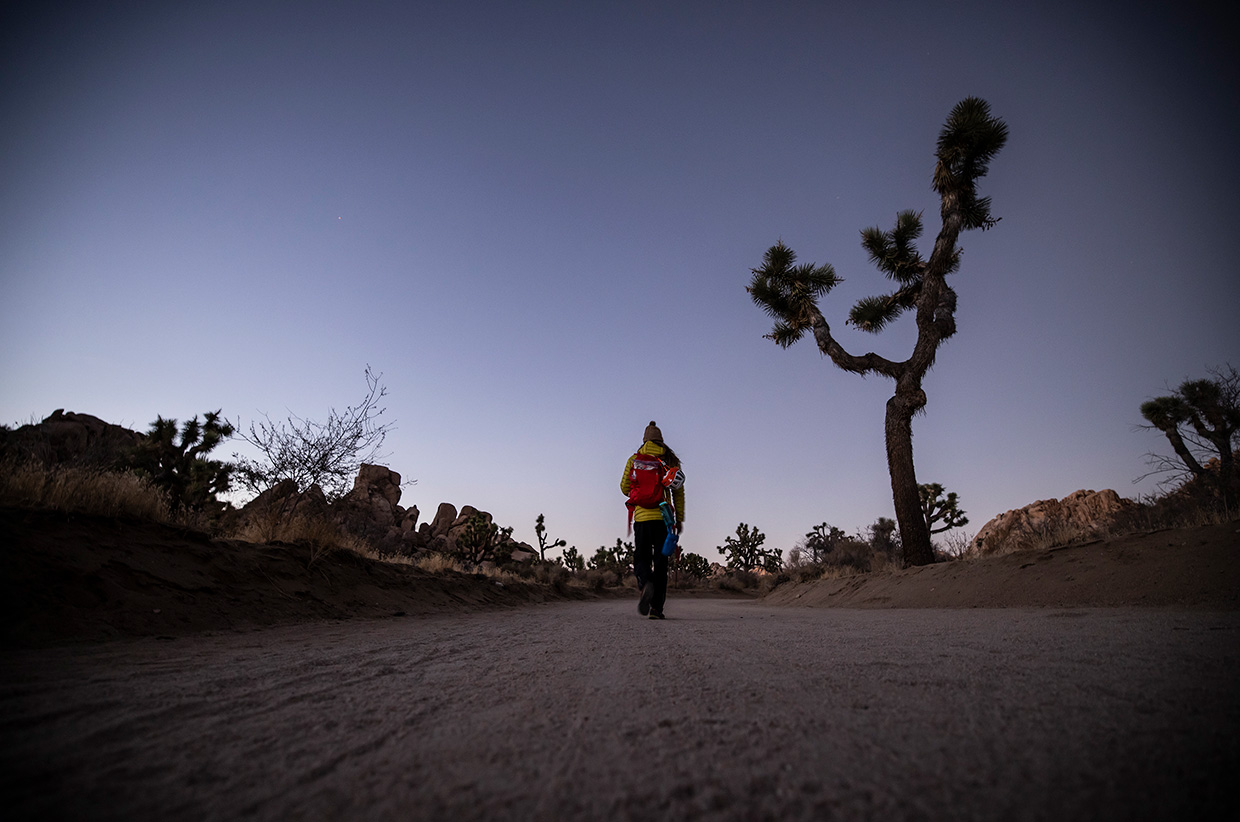 Part of what makes climbing so special is the intense focus on the small. We block out the outside world completely to concentrate on how we use the rock features to make forward progress. A bulge or crack takes on complete significance for a moment and then we move on. Total absorption in play. At the end, we return ourselves to the rest of the world, but in doing so, feel closer to it. We find perspective.

As Jared and Jimmy climb, occasional sounds from other teams carry across the small patches of scrub – the tinkling of quickdraws on a harness, the whumph of a climber landing on a bouldering mat followed by a hint of distant laughter. A cry of frustration, or is it elation? Players acting out their own dramas.

Campers and day trippers watch as Jared repeats a single move. Try, fail. Rest. Try once more. Fail. Adjust body position, swap feet, rest longer. Try again, catch the hold and move on to the next part of the puzzle; the smooth gneiss rock formations require precision and thought to climb rather than outright power. In the end, he reaches the top, a culmination of his own day’s story.

As the dipping sun begins to draw the day to a natural conclusion, it too interacts with rock, hiding behind the tallest pillars, chinking through natural windows. Slowly, one by one, the other groups leave. A few distant camp fires throw embers into the already burning sky. Already a new set of tales are being told.

The stories and accounts attached to a place help to define it in our minds. They remind us that we are part of history. The origins of the Yucca Man are already lost, blanketed under layers of tall tales, stitched together by yarns. There are certainly legends of devil-like beings that date back to local Native American tribes. His status in modern culture seems to have been cemented in the 1970s after the construction of a military camp in the desert, and he is now a staple of hiker and climbers’ campsites when tales of derring-do have dried up for the night.

In the same way, the stories of classic Joshua Tree first ascents have been embellished and retold to each new visitor to the desert. They follow in the footsteps and hand-cracks of the stone masters that preceded them. And a small but increasingly select group find new and harder lines to forge. The majority, though, are happy creating their own versions of tales already told. In doing so, the geology of anecdotes is added to and shaped a little more in the same way a trail is worn in over centuries of use.

The light just after sunset in Joshua Tree is perhaps the most special. Magenta turns to violet and finally ink blue. Jared and Jimmy linger, not wanting the rarest of days in 2020 to end. The empty desert listens to their exploits. It has all the time in the world. A solitary yucca tree is silhouetted against the rapidly darkening sky. Its twisted limbs look almost like the shape of a human. Squint and the form is maybe even monstrous.

Read the other stories in this series: Climbing Other Mountains and Celebrating the Spirit of Exploration.
This story also features in Sidetracked Volume 20 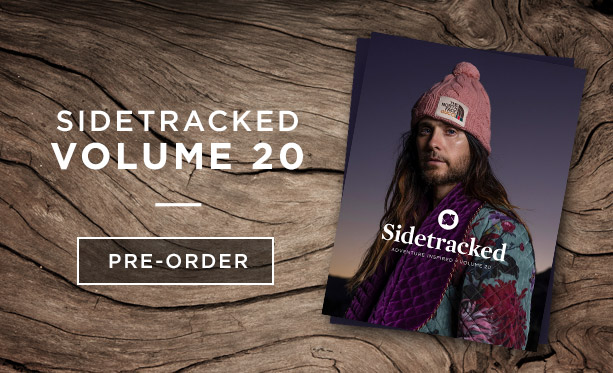 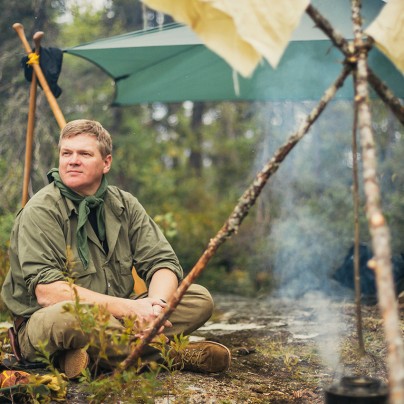 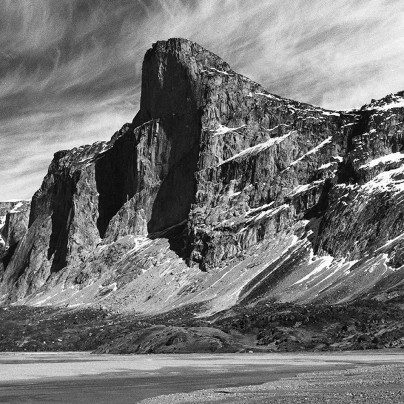