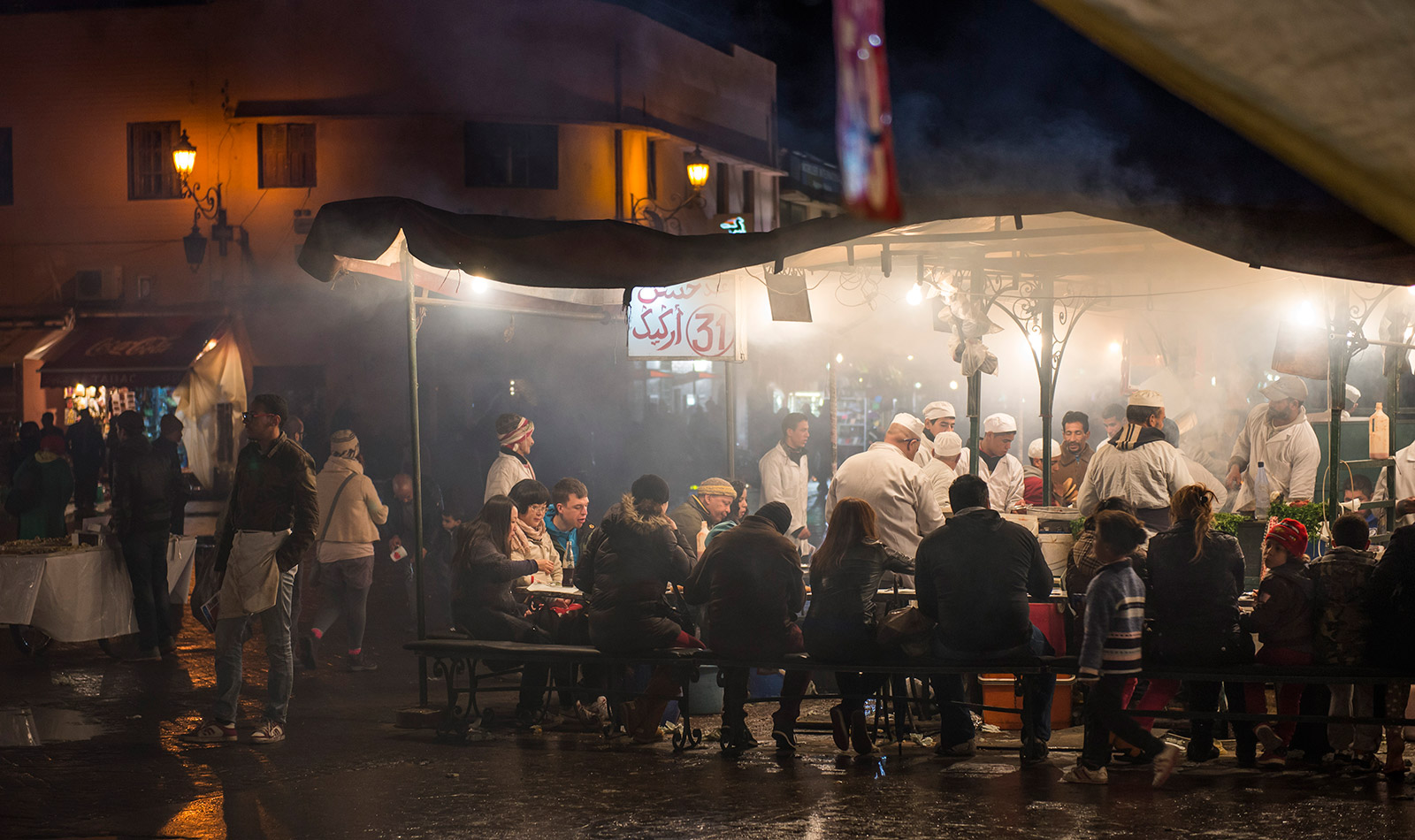 I hate arriving in the dark. I like to get my bearings, see where I am, before night pulls a curtain over my eyes. But 8pm in Marrakech brings a disorientation greater than darkness; quite the opposite of sensory deprivation. As soon as I step out of the taxi I am whisked around a dozen corners in bewildering succession, in a half-trot to keep up with my wheelbarrow-borne duffel bag. I’m pretty light-footed in a crowded shopping centre, and like a fleeting ninja at rush hour, single-minded in my escape from the normal drudgery of things. But surrounded by all the sensations of a North African bazaar I become as nimble as a drunk pig. And just about as conspicuous to this alcohol and pork-free country.

Somehow I’m united with my team from Exped Adventure in a Moorish palace, dismissively labelled a ‘hostel’. I am here to document the expedition on film, and every second without a camera feels like a masterpiece missed. I could spend a lifetime shooting the city alone. Within an hour I’ve had the opportunity to buy stuffed exotic fauna, human teeth, more oranges than the man from Del Monte could possibly imagine and a clothes brush. Within a day I’m cheering on Liverpool FC with Ibrahim in his spice shop. All the world is here, and everyone is smiling. It could be a hackneyed pastiche of an African town, were all the players not so relentlessly enthusiastic in their parts.

If arrival was a culture shock, departure is an equally dramatic change. In winter, Imlil is a small, quiet village in the Atlas foothills, with no mopeds, no crowds, no snake charmers and no through-road. The next 2500 metres of ascent will be on foot, to the summit of North Africa’s highest mountain: Jebel Toubkal. It’s been a hard winter, with heavy snowfall low into the valley, but with red earth poking through the gaps, it is hard to imagine whether it’s the harsh winters or the parched summers that keep the land so beautifully barren. Snowbound peaks loom high above the valley in striking defiance of the dry desert from which we’d come.

Imlil is a small, quiet village in the Atlas foothills, with no mopeds, no crowds, no snake charmers and no through-road. The next 2500 metres of ascent will be on foot, to the summit of North Africa’s highest mountain: Jebel Toubkal. 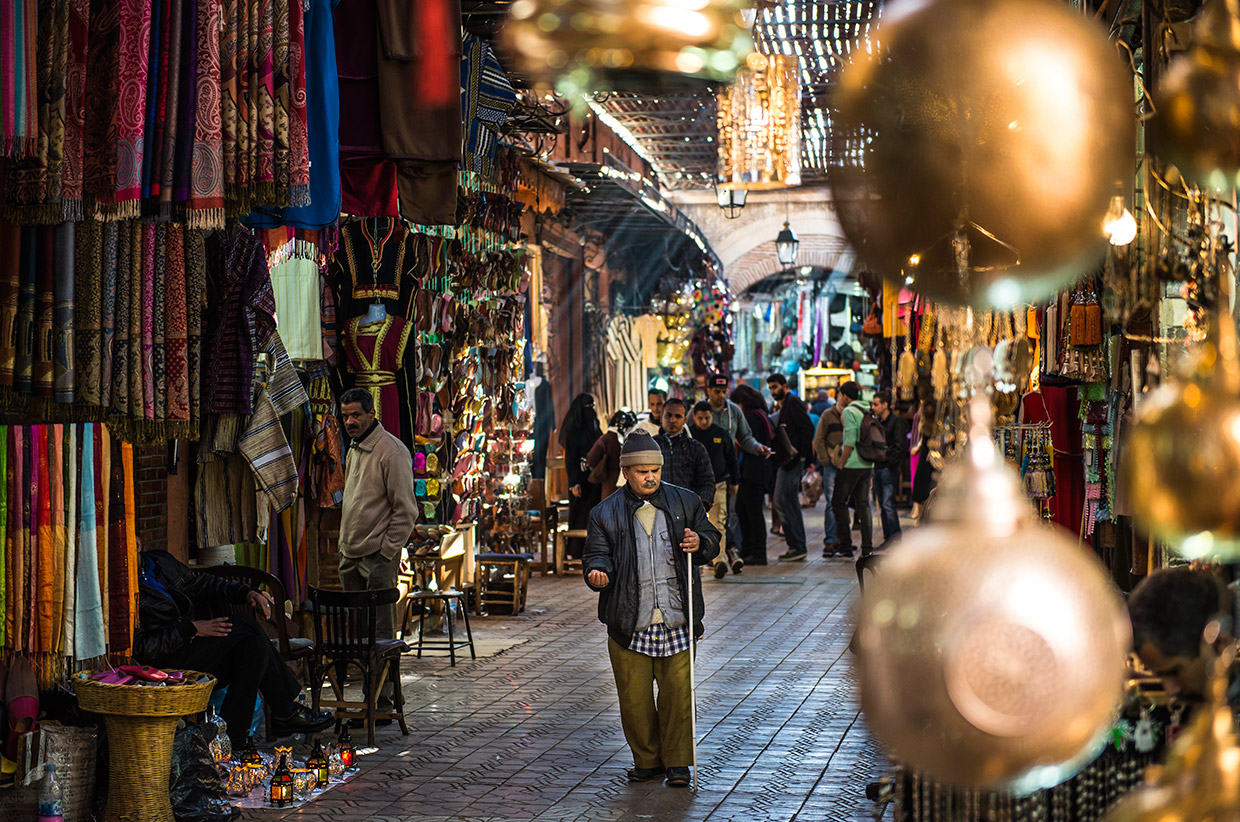 We plough on, hunching more and more, on relatively easy ground. Then after a short scramble, the battle with the wind stops us in our tracks. Some of the group are struggling to stay warm, some are feeling the altitude. Our guides, Sam and Jamie have shown an acute awareness of the group’s needs all week, and take the correct decision to lead us down.

It’s a daunting start to the walk. Just above Imlil we cross a wide flat plain overshadowed by the steep climb ahead, but the mood is one of cheerful anticipation; we’re all buoyed by like-minded company and the swift passing of our wobbly mules. A long morning in the wilderness leads us to an unlikely group of buildings, too small to call a hamlet, which is like a microcosm of Marrakech; within 30 square metres we can buy jewellery, hats, rugs, tagines, Berber whisky and Fanta. The cafe wins out of course.

Late in the afternoon we reach that dread moment; we can see our destination, the Mouflons refuge, like a mirage in the distance. My exhausted mind starts removing crampons and boots, I can almost feel the relief in my shoulders as I remove several kilos of camera equipment. But it’s all a premature fantasy, which makes the next hour and a half a silent, semi-delirious trudge in the softening, deepening snow. It also makes that Berber whisky – actually sweet mint tea – all the more welcome when we finally reach the roaring fire of the Mouflons.

A gentleman calling himself Ali Baba is running the place, and he laughs as we arrive. He laughs as we sit down gratefully by the fire. He laughs as he brings tea, and pretty soon we’re all laughing along. I have no idea why, but it seems an ideal way to bridge the language barrier and it remains a joyful communication throughout the week.

After a day of winter skills practice and an easy acclimatisation walk in glorious sunshine, we make a pre-dawn start for the summit. The south col route is steep and sustained, but the snow is consolidated. Feeling strong and sprightly I commence daggering up the slope trying to get ahead of the group to get some shots. But as the sky starts to pale the night leaves behind an ominous darkness in the clouds. Once we reach the first saddle those clouds are encroaching with worrying speed and whipping their frozen debris into our faces.

We plough on, hunching more and more, on relatively easy ground. Then after a short scramble, the battle with the wind stops us in our tracks. Some of the group are struggling to stay warm, some are feeling the altitude. Our guides, Sam and Jamie have shown an acute awareness of the group’s needs all week, and take the correct decision to lead us down. Nobody seems disappointed to retreat from those conditions, despite being only a few hundred vertical metres from the summit, and besides, the week has been planned to allow a second attempt on Toubkal. Covered in thick hoar frost and still feeling energetic, I realise this has been by far my favourite day of the trip. 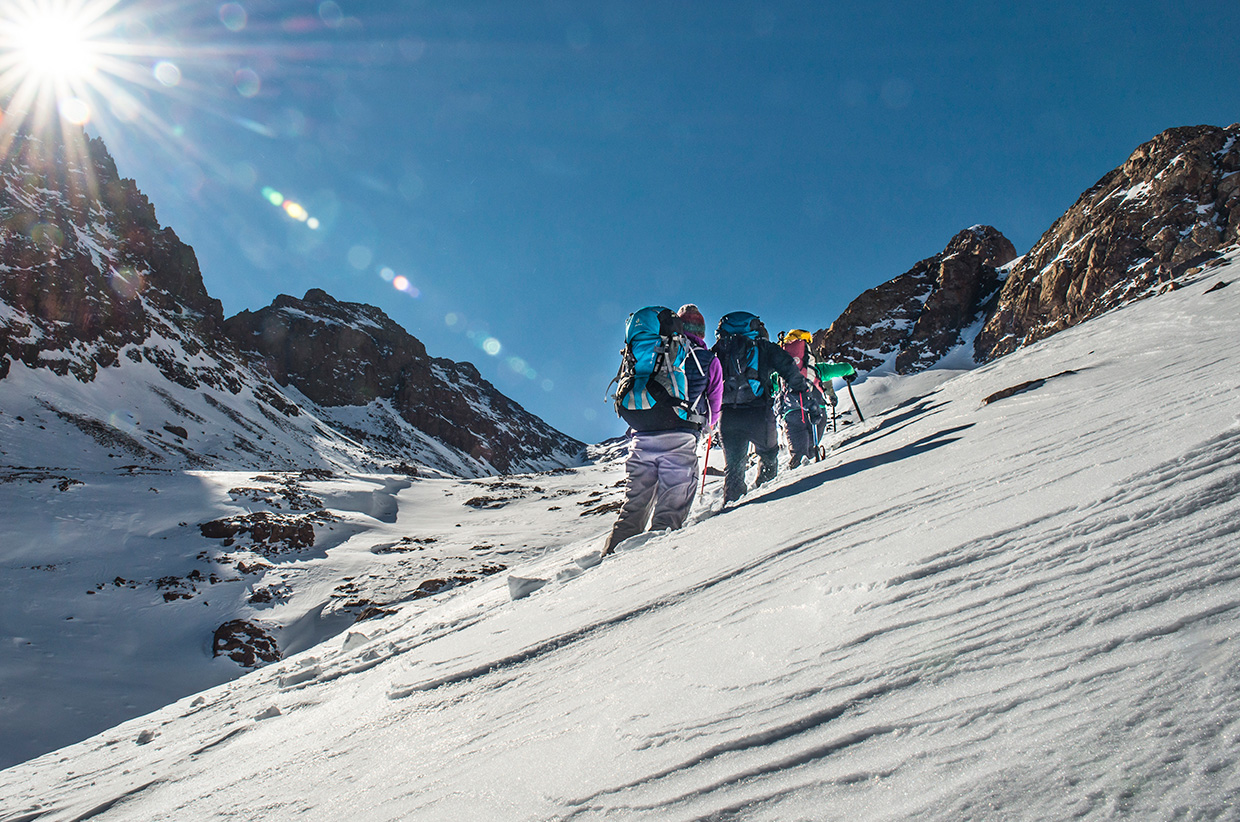 That night we go to bed 5 hours into a heavy snowstorm and with little hope of managing to break trail all the way to the summit the next day. Which makes it even harder to set an alarm for 5am…

Half a dozen pinpricks of light are making excruciating progress through the dark.

But it has stopped snowing.

We watch this advance party for over an hour, covering ground that should take a fraction of the time, in a foot of fresh snow. It’s clearly tough going and our deliberations have gone on way beyond our intended departure time, but there is a glimmer of hope that we all share; they’ve broken the trail. It’s enough to give us a belated surge of enthusiasm, and in a flurry of activity we’ve decided to go light and go fast – and go now.

Fast and light for a photographer is a bit different to most peoples’ definition, but thanks to some lightweight kit, a communal adrenalin rush and the decision to stow crampons unless absolutely necessary, we make phenomenal progress. By the time we reach the point of our previous retreat every one of us is glad we came back; the sun is shining, the trail is broken and the summit is in sight.

Everyone has their own reasons for summit-bagging, and after four days hiking in the shadows of the Atlas, I realise mine. It’s not personal achievement, it’s not besting nature and it’s not even the views. For me it’s simply space. As soon as we hit the summit ridge I feel the exposure and the remoteness; to all intents and purposes we’d been equally remote lower down the valleys. But gaining the ridge, when all the world falls away beneath your feet, feels like freedom. There is nowhere else you can experience this kind of distance from things, other than on a summit.

Maybe Marrakech accentuated the feeling. In the souk everything is immediate and close and demanding of attention; maybe four days of mountains looming above had created some kind of claustrophobia. Maybe the Atlas being surrounded by desert added to the adventure of being remote. Or maybe 4000m is just a long way up.

It’s a long way down too, but we reach the Mouflons ridiculously quick. The idea is floated to head straight down to Imlil; the prospect of a hammam – a Turkish Bath – seeming brighter than even Ali Baba’s smile. It is usual in summer to summit from Imlil in a single day, but in today’s fresh, deep snow, and given our late start, it seems a tall order.

I’m no fell runner, but we run. Through the dusk and the sleet, for 13km and for two and a half hours, we run like children, giddy on the ever-thickening air of a 2500m descent. We reach the hostel, Daradrar, long after nightfall, with our last drops of energy discharged and just in time for tagine. Today, I love arriving in the dark.

Daniel Wildey is an adventure/travel photographer, filmmaker and writer based in the Lake District and working with some of the biggest names in the outdoors industry. His trip to Morocco marks the start of a project to document some of the world’s greatest trekking peaks on film, in association with Exped Adventure.

This adventure was run through Exped Adventure

To Tibesti Journey to the Furnace 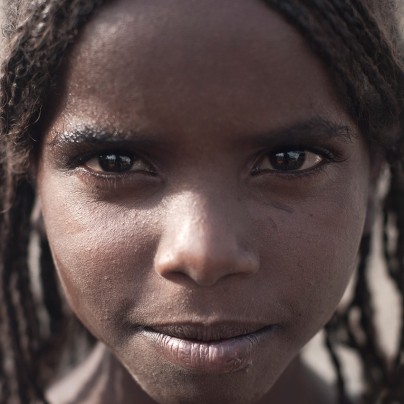 Among the Afar Anthon Jackson