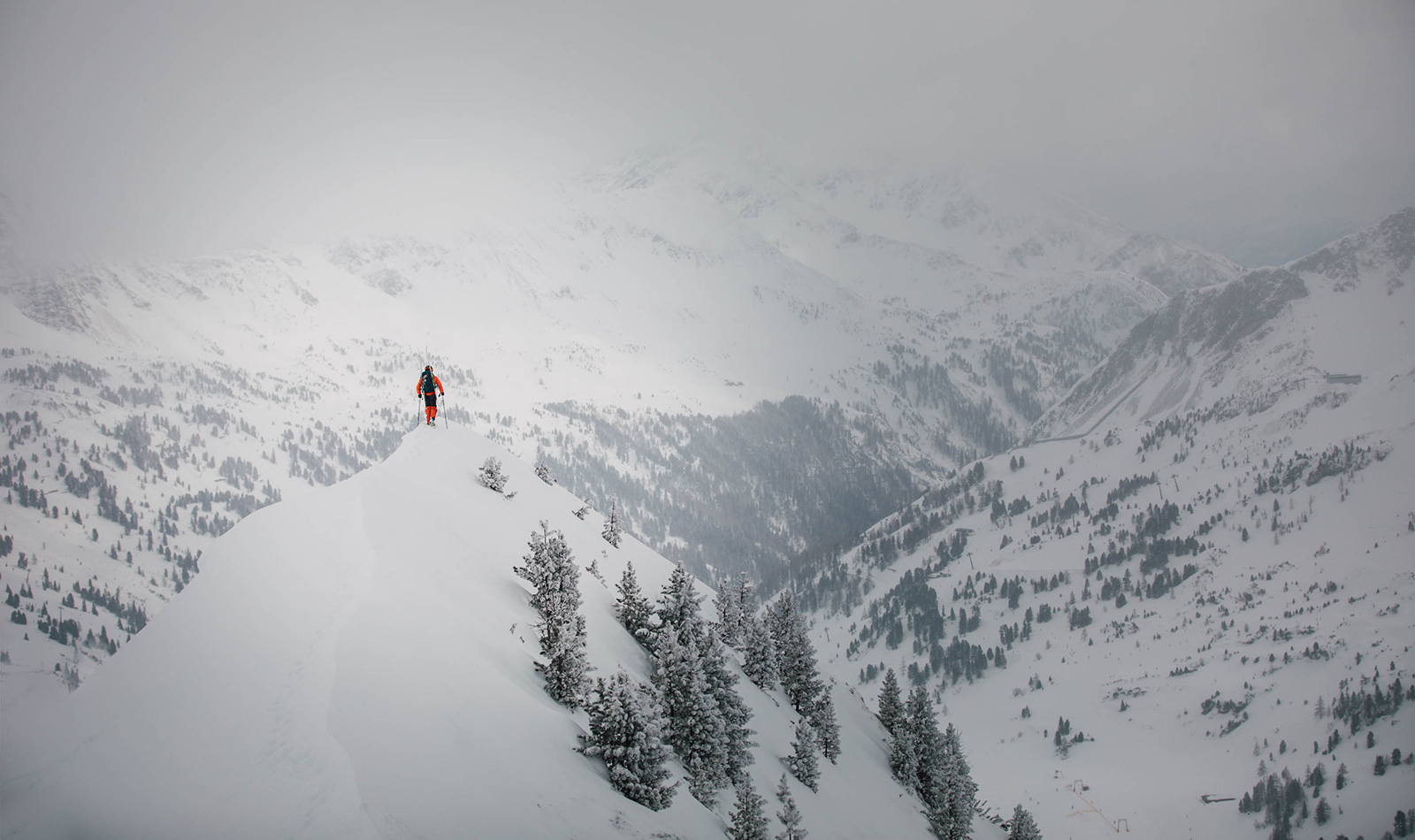 Produced in Partnership with SalzburgerLand

Obertauern. High in the Radstadt Tauern mountains, rising above the treeline, is one of the most diverse ski regions in Austria. From beginners and families to those looking for expert-level pistes and wild freeriding runs, Obertauern has it all, as a team from Sidetracked discovered.

Skier and filmmaker Gee Milner, along with photographer Clement Hodgkinson, arrived after dark, but it didn’t stop them getting straight out onto the slopes.

‘One of the big frustrations about skiing is that you travel through the day and miss the skiing,’ Gee said, ‘but we checked in to the ski in/ski out hotel, quickly kitted up, and crossed the bridge which connects the hotel directly to the piste and then I tried night skiing for the first time. It’s a lot colder, especially on the lift, but the skiing is an amazing experience. I actually found it easier – the floodlights illuminate the run and help you see the piste beneath your skis much more clearly. Floodlights illuminate the 1,500m long run at the Edelweissbahn, and the atmosphere in the ski bars lining the slopes is very cool.’

Obertauern appealed to Gee for another reason. As a child, it was one of his most formative places in learning to ski. ‘I’ve really fond memories of it. I learned to ski a lot better there. I also got my first taste of off-piste skiing. I gave up my dreams of being a pro skier many years ago, but it was the place I’d grown up skiing, and I enjoyed making the most of the long season that runs until the beginning of May.’ 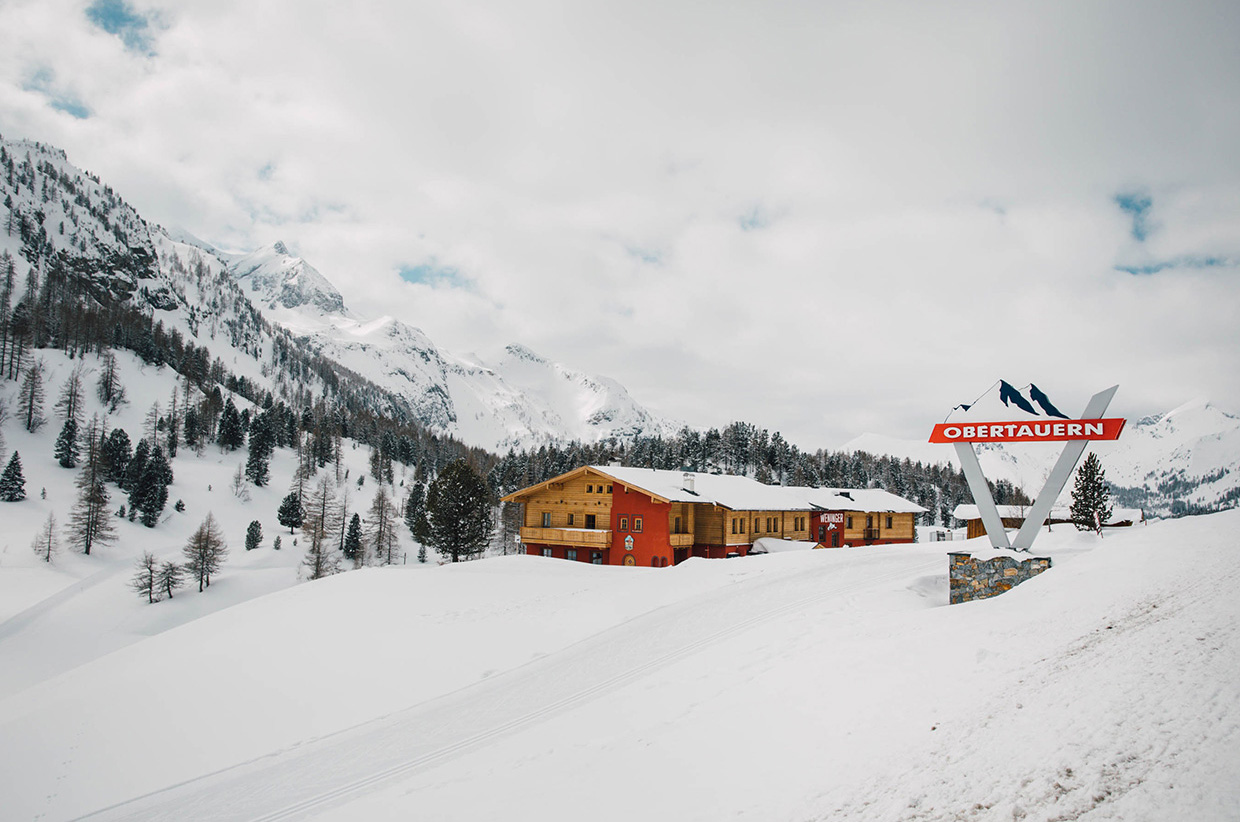 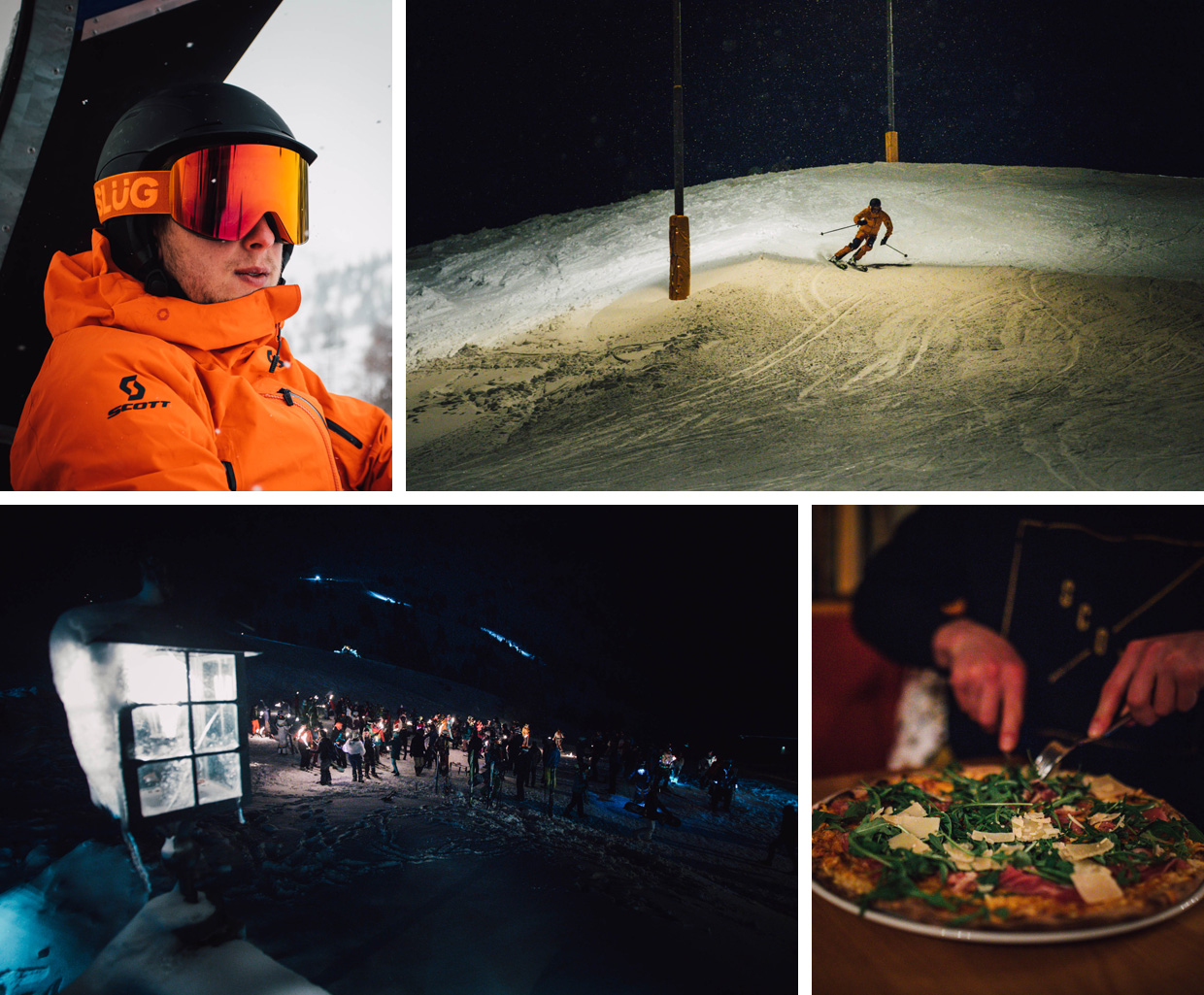 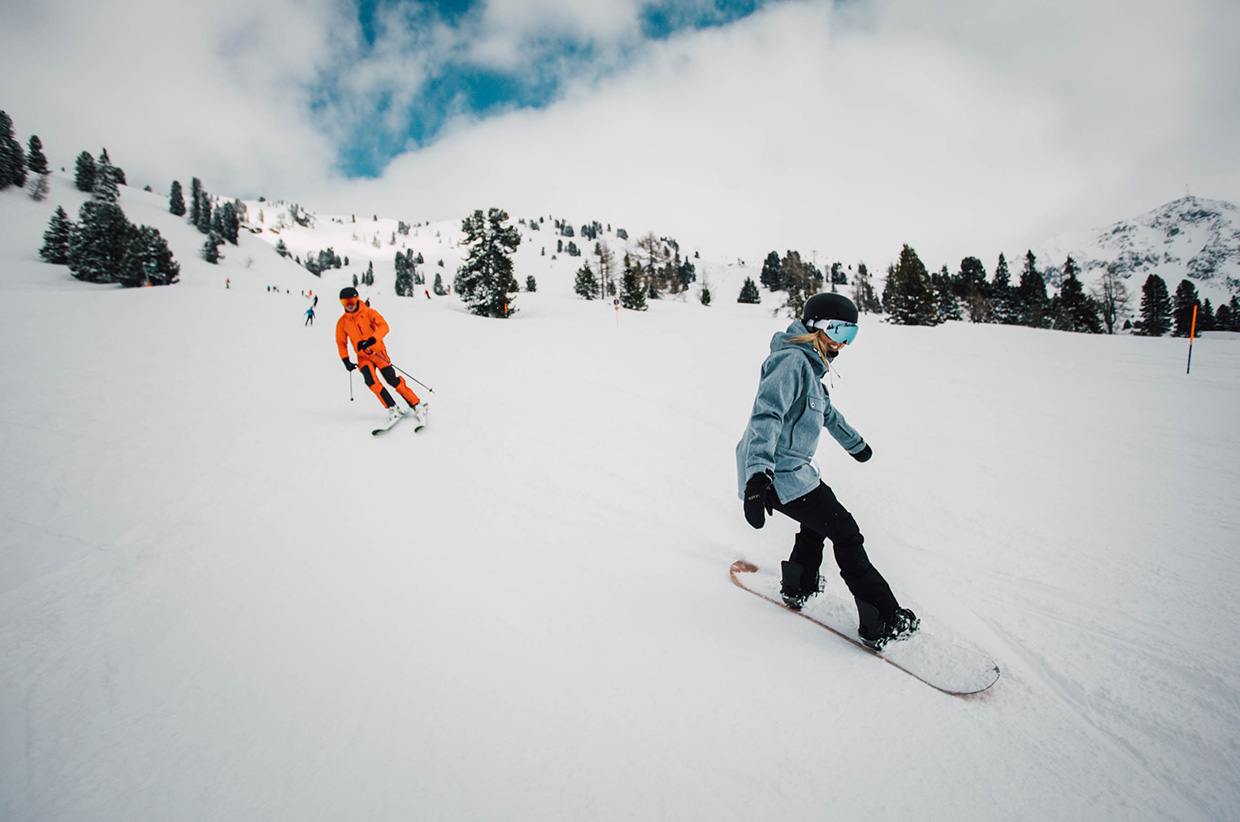 There’s no doubt that families and beginners are attracted to the slopes of Obertauern – especially places such as the Bibo Bear family ski park – but intermediate riders, experts, and freeriders will all find plenty of space and runs. It’s the diversity of the Obertauern pistes that make them so appealing to families and groups of mixed-level skiers.

‘The skiing was pristine,’ Gee said. ‘It was mega. We had some fresh tracks skiing on fresh snow – and March in Europe is just insane. Obertauern offers so many good pistes for pulling out good carve turns. There are long runs and pistes that link from one to another so it’s really easy to go top to bottom non-stop.’

Combine that with a fun park, speed measurement section, night-time skiing, and some of the best après-ski in Austria (i.e. the world!) and you have one incredible destination. ‘The après-ski was cool: you’ve got all different ages interacting all the time, not something you see so much in other sports.’

At between 1,630 and 2,313m, Obertauern has some of the most ‘snow-assured’ pistes in the Alps – meaning that perfect conditions can be found from the end of November to the start of May. In fact, Obertauern is number one for guaranteed snow on a recent list of Austrian destinations. With more than 100km of expertly prepared and accessible pistes – 61km easy, 35km moderate, 4km difficult, and 31km of cross-country slopes – there’s a vast range of variation too. It also has some of the most accessible pistes, with 26 lift facilities. It’s known as the ‘snow bowl’ because the mountains and pistes lead up above the town like spokes on a wheel.

There are two popular challenges for skiing. The Super Seven marks the seven highest points in the Obertauern ski circuit, each at the top of a lift facility. The Tauern Round is a cleverly designed route around the 26 lifts, offering the possibility of skiing the whole Tauern Round from one ski facility and returning to the same point, including those out of the hotel. Gee Milner said: ‘The slopes aren’t the steepest – it’s quite chilled and good for a family holiday. Or you can take friends who aren’t that experienced, but there are places for steeper lines too, including the Gamsleiten II which is one of the steepest slopes in Europe.’ 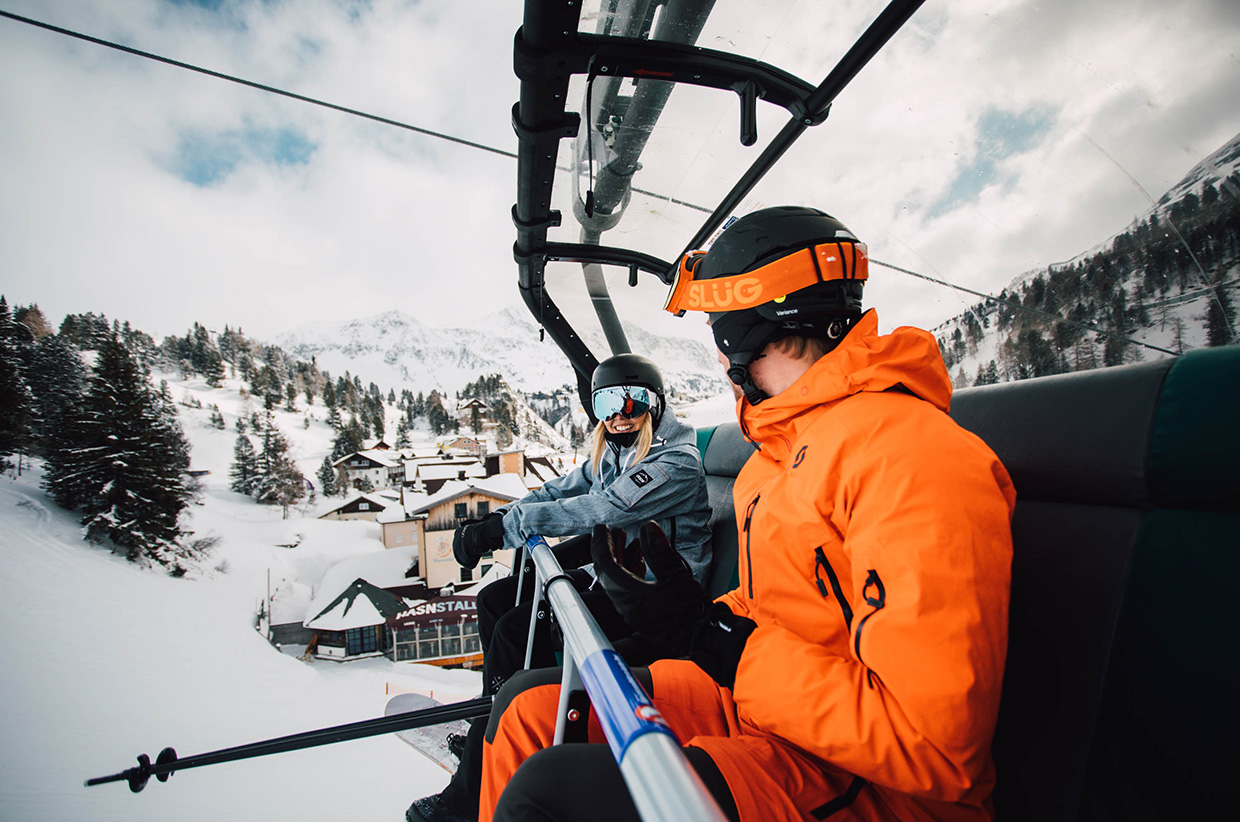 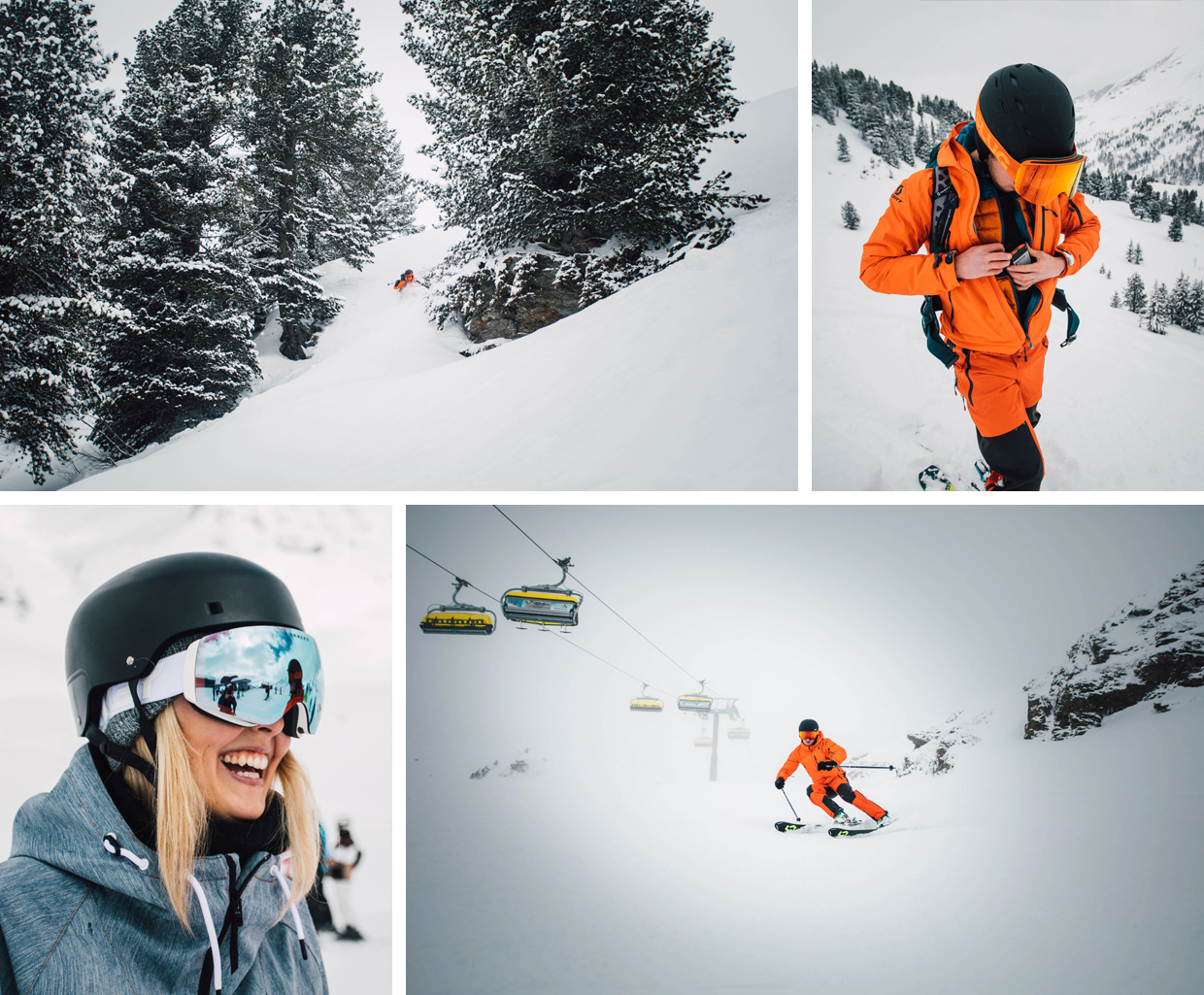 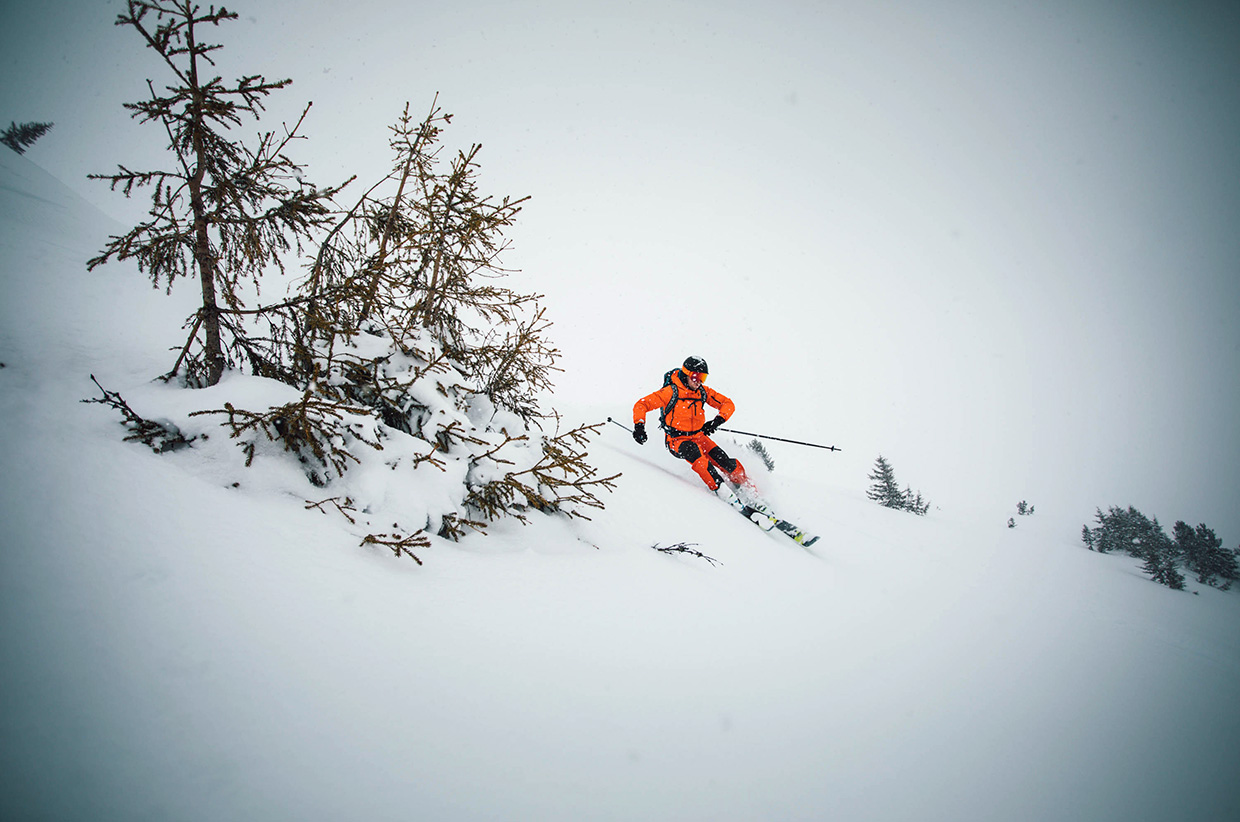 There is a wide range of off-piste options above Obertauern, from beginner freeriding on the Hundskogelbahn while the experts head to Zehnerkar or the Seekarspitze. But it’s the Gamsleiten 2 that most freeriders know – one of the steepest slopes in Europe. All the drops are well connected to facilities along the pistes. Gamsleiten-Nord is also unmissable with its narrow corridor. Freeride checkpoints at Hochalmbahn and Kringsalmbahn cable car stations have maps of the routes, as well as avalanche safety advisories, snow height, avalanche beacon locations, and more. Ski schools offer freeriding courses on safety and route options.

There is an extensive network of cross-country ski routes, including the 10km World Cup Trail. There are five organised ski trails. The 23km Twenger Au Trail connects Tweng with Mauterndorf, while the 6km Hundsfeld Trail finishes with a downhill run back to the start.

Gee Milner described Obertauern as a ‘homely resort’; friendly, easy to access, family oriented. ‘It’s also really well connected in terms of ski-in and ski-out options. Austria has the best ski lifts in the world and the most comfortable skiing. Obertauern is no exception.’ The après-ski is also superb, with world-class DJs visiting the town through the winter. There are also plenty of restaurants serving hearty local food.