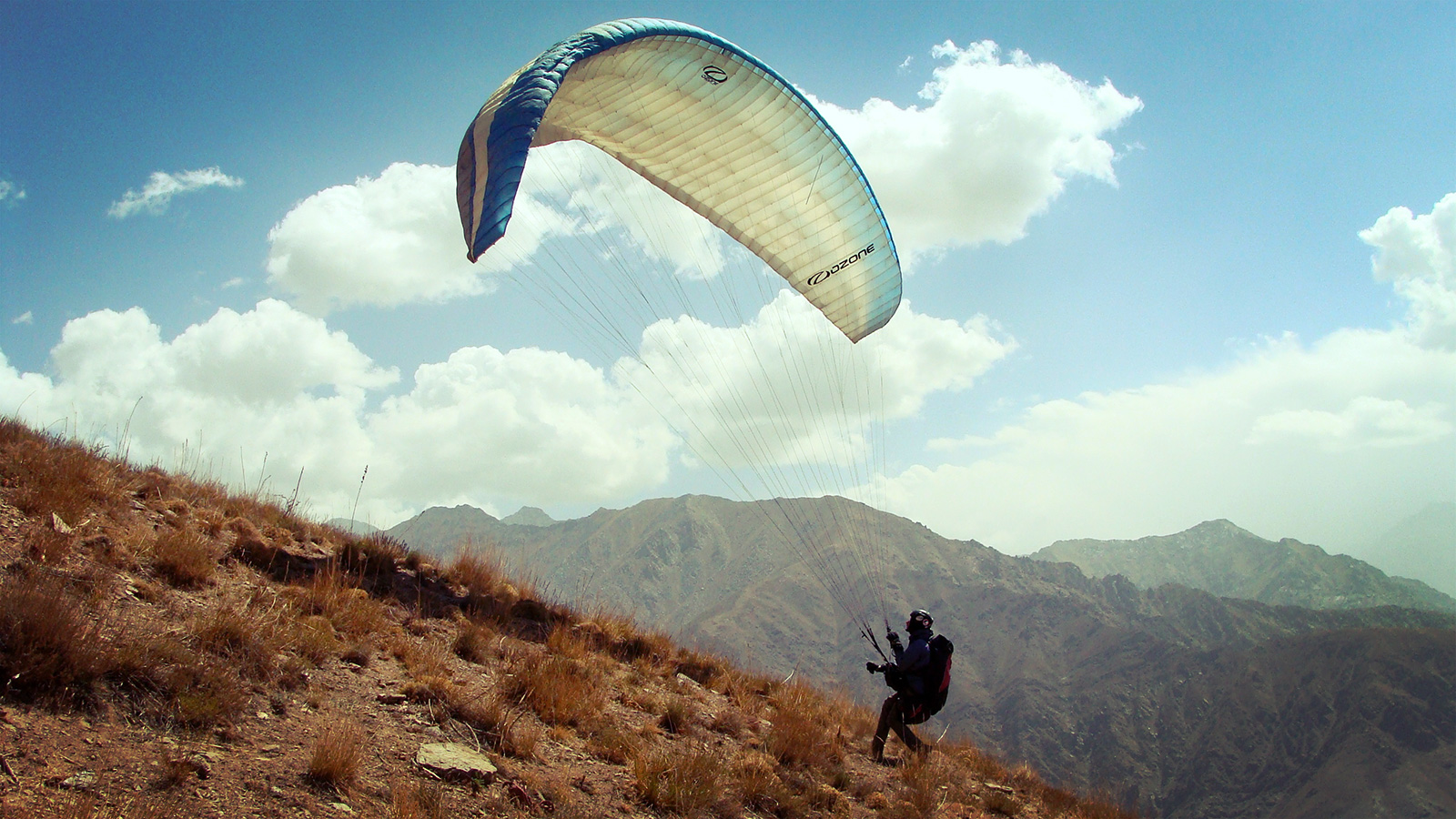 Although the very ultimate in flying beckoned, breakfast was a leisurely affair. With one eye on the developing clouds, and the other on the almost 5km vertical face of Rakaposhi in the distance I readied my equipment

How did I get here? It all started with an idea. A crazy idea that, after trips abroad of no more than a month or so, I was ready to take a leap. Just Hong Kong to Istanbul, over land. Simple. After a boastful and blurry night in a pub, the realisation that I need to follow through on my ambitious aims hit me.

A few months later, in the Pakistan consulate in London I felt apprehensive. Ask yourself this: What comes to mind when you think of Pakistan? In the enclave of madness I was warned by people that I should not be doing what I’d planned. I felt better about it all by the time I was in India, but only days before I would cross the border the news came of the capture of Osama Bin Laden in Abbatobad, a town I would be soon visiting. It seemed like a stark warning. Of course the reality in my comfortable hotel high in the Karokorum could not be further from my initial fears. Karimabad, a true Shangri-La, turned out to be one of the most pleasant mountain hideouts that I have found to date. Deep in the Hunza valley the people were softly spoken, generous and accommodating. With 7000m peaks all around, in this oasis of green you could be forgiven for thinking that you were in some graphic designer’s dream.

Although the very ultimate in flying beckoned, breakfast was a leisurely affair. With one eye on the developing clouds, and the other on the almost 5km vertical face of Rakaposhi in the distance I readied my equipment. Throwing my bags in the back of the “Mountain Lion”, a 1950’s jeep which had somehow survived all these tough years in the hills, my driver turned to me shouting “it will be a good day for the birds, inshallah”. The faint whiff of alcohol on his breath at 9 in the morning signaled that the coming journey up the twisting hairpin roads to takeoff could be more dangerous than the following hours in the air. Relieved to arrive at the end of the road I looked up at a boulder-strewn takeoff. Despite being about 30 degrees C I dress up. 5 layers today, before my down jacket, and three pairs of gloves; fleece, ski, and down mittens. Feeling like a bit of a fool and sweating profusely, I lay out my wing hoping against hope that as I run off the hill that none of my 300m of lines snag on the rocks. Up here the air is thinner. My glider flies fast so I have to run faster than ever to make my break for the sky. 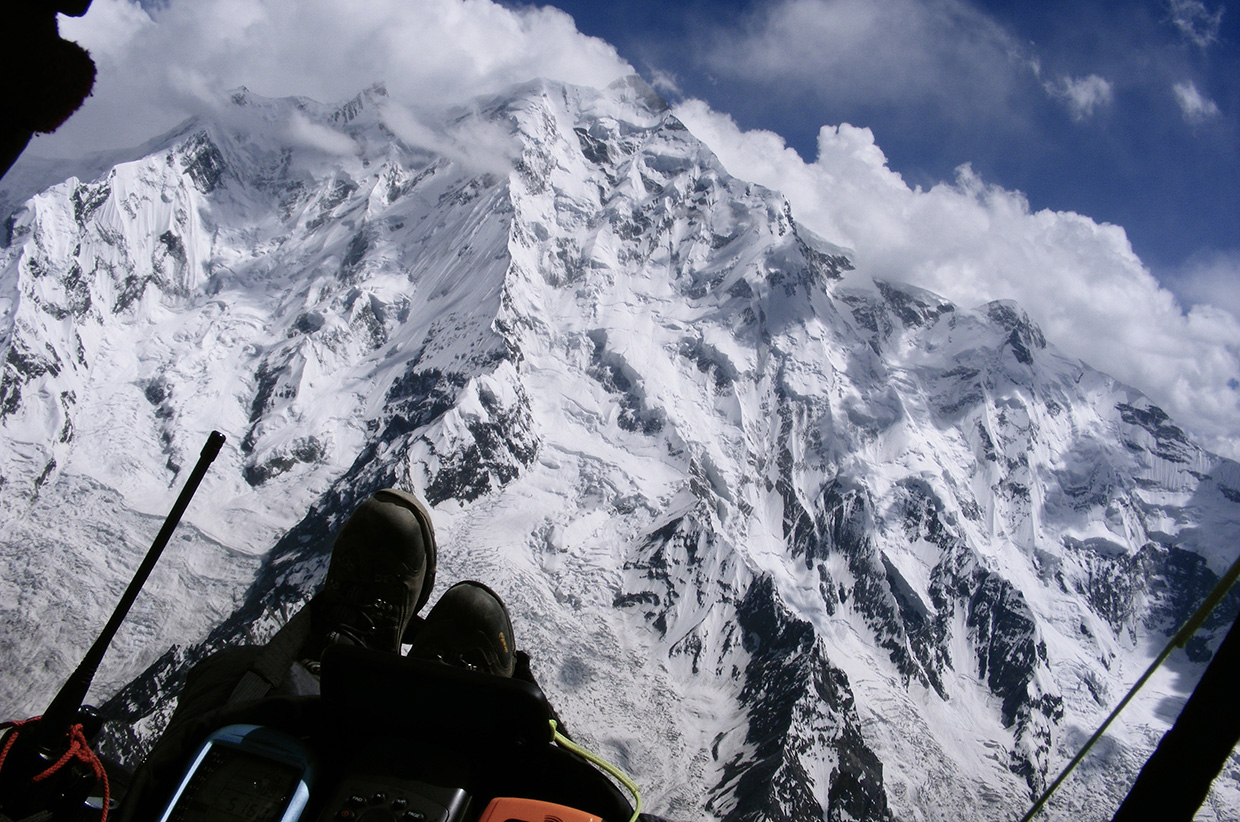 With a hop, skip and a jump I’m airborne and immediately hooked in to a thermal. The rocks baking in the sun all morning create a jet of warm air and I’m soon hurtling right for the cloud above. Taking the jeep was slow progress but now in the fast lane after only about 10 minutes I’ve battled the rough stuff to give me a couple of thousand meters. High above the valley bottom I look down at the oasis of sweet Karimabad to realise how special the town is. Away from the isolated glacial streams feeding life in the valleys, the environment up here feels like another world. Past the snowline and I’m starting to appreciate wrapping up. Here I’ve left the security of the thermal opting instead to surf a stream of warm air rising along the ridge below. The air has become smoother and without the fear of a sudden collapse of my wing, common in rough air, I venture closer to the walls of rock below. Slowing down a little to a modest 50km/hr I flirt with snow and ice swinging by with only a few meters to spare from pristine untouched rock faces. A far cry from high fives with friends on the top of cliffs back in the UK, I have to remind myself that a mistake here would not be so forgiving. Up above 5000m and alone in this alien environment I’ve got nobody other than myself to rely upon should things go wrong.

At the end of the ridge I’m reminded of how high I really am as the mountains below me fall away and I’m back out over the valley. When things are calm I’m offered a break from it all. With a few kilometres of air beneath my feet its over half an hour of time to glide before I have to think about the next climb so I’m moving on to another sun baked ridge 20km in the distance. Closing my eyes for a few brief moments I think about lunch. Coaxing some Parantha, (potato pancakes) from their newspaper wrappers, I manage to get a few bites and take some photos of the mountains around. Up at over 6000m and not fully acclimatised as a climber would be, eating and breathing presents a unique challenge. A mild euphoria overcomes me but it’s hard to know whether it’s as a result of living the dream or a lack of oxygen. After grabbing my flying meal I’m getting closer to my goal. Rakaposhi.

The face that only a few hours ago was far away is now up close and personal. What would have been a 4 day hike to the base of has taken only a couple of hours flying with no more than the contents of a backpack. The north face of this 7788m giant dominates the valley for miles around and now it’s only a stones throw away. Cascades of ice and snow march slowly down the faces as for only a few hours in the summer will the sunlight stray here. The giant slab of rock is big enough to support 4 defined glaciers each kilometres long. From time to time a sudden rush of an avalanche disturbs the peace of the mountain. It’s hard not to be a little apprehensive. We’re really not supposed to be in this kind of environment, and the air knows it. The whole mountain is chilling the air and I’m falling out of the sky in the downdraft. Not to overstay my welcome I fly over to a sunlit spur but find such a rough little thermal that I’m not climbing and its all I can do to keep my paraglider above my head and the right shape. Loosing altitude quickly I push out over the valley and land out on the banks of a river only a few kilometres from my hotel.

I’m welcomed on the sandy banks of the river by a big crowd, and it is hard to protect my delicate wing from the mass of swarming children. After teaching my newfound fan club to fold away my wing I’m all packed, but getting to my hotel only a short walk away will be hard work. I’ve got invitations for chai and dinner, something never to be turned down. Conversation flows far in to the night, accompanied by lashings of Hunza water, an illicit distilled mulberry liquor.

I never did make it home that night, and flying the next day was never going to be a good idea. Sitting lazy in a hammock for now I’m content to simply look up to the mountains, my unconventional playground.

The giant slab of rock is big enough to support 4 defined glaciers each kilometres long. From time to time a sudden rush of an avalanche disturbs the peace of the mountain. It’s hard not to be a little apprehensive. We’re really not supposed to be in this kind of environment, and the air knows it. The whole mountain is chilling the air and I’m falling out of the sky in the downdraft.

Team Nova pilot Will Palmer has in a short time established himself as an authority in the world of cross country paraglider flight. His abilities to pioneer flying locations in previously unexplored Central Asia was showcased during his recent year long overland journey between Hong Kong and Istanbul. Unsupported, his ability to travel by paraglider in to the unknown he hopes will blaze the trail for a new wave of exploration in the sport.

Will Palmer is due to return with the Afghanistan Secret Peaks Expedition to film a climbing bid on a virgin peak in the hidden Wakhan valley. After a short period of work with another team filming snow leopards in the area, he plans an ambitious 800km crossing of Tajikistan solely by paraglider. If accomplished it would represent the first time a route of this length has been achieved outside of the Himalaya or European Alps. 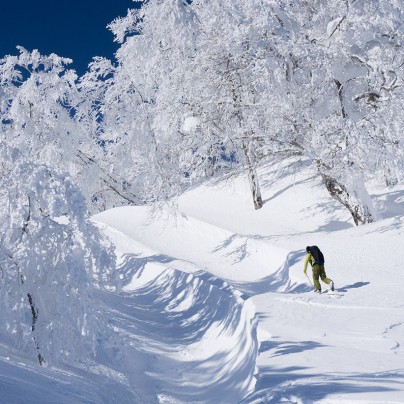 The Tao Of Pow Duncan McCallum 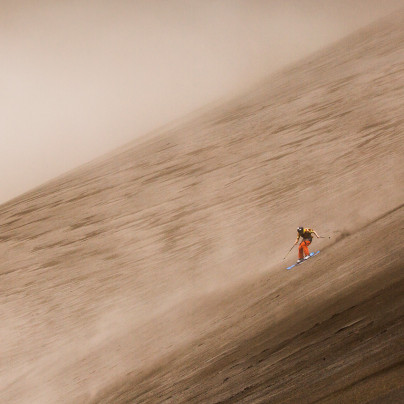