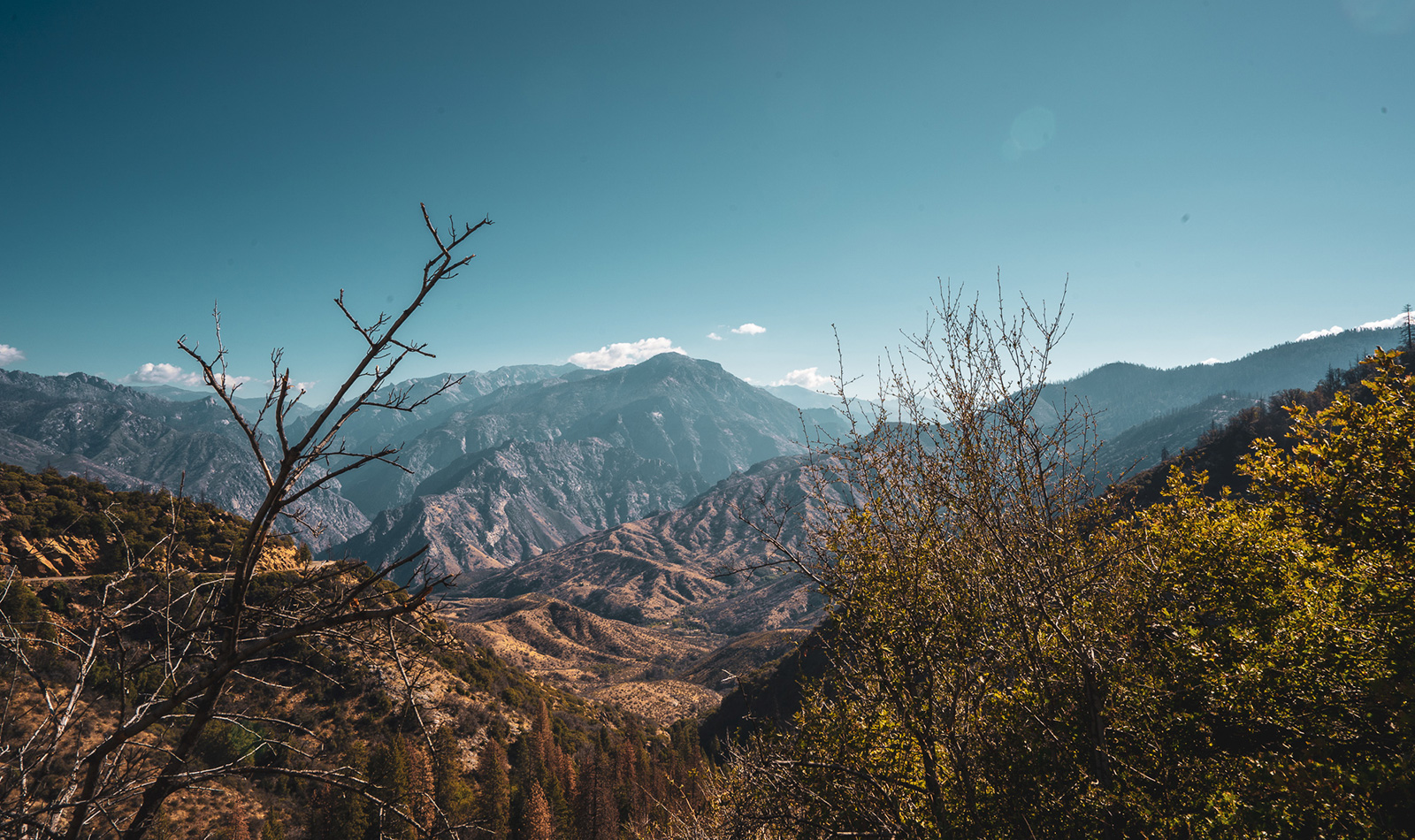 Where The Locals Play

We released the brakes and followed the man who knows this trail better than anyone. Trees blurred past, faster and faster, and the bikes soared around this sweeping trail. Round trees and over roots, it dipped and wove like a roller coaster.

Serendipity happens. Luck happens. And this story begins where so many adventures do, in the bar. We rolled into Kernville as the sun set, Bianca – our 1985 Dodge Camper Van palpably relieved to be wheeling downhill after a long climb over the Alta Sierra. The wide, dry Kern River valley dropped out into a bowl surrounded by the high mountains of the Sierra Nevada. North were the Sequoia National Forest and Sequoia National Park, areas that protect the world’s biggest trees. Farther north and it’s into Kings Canyon National Park, a remote park with one way in and one way out. We would visit all these over the next couple of weeks, but first, we’d come to mountain bike – and we’d heard that Kernville was one of the best places in California to ride some trails.

At the Kern River Brewing Co, we ordered pints of their IPA, Just Outstanding. The brewery is run by Olympic kayaking couple Rebecca and Eric Giddens. That they settled here is no coincidence; the Kern River has some of the best whitewater in the state. In fact, Kernville, it became apparent that evening, is quietly gaining a reputation as a state-wide playground for mountain bikers and paddlers.

We ordered a couple more Just Outstanding IPAs, and a new friend explained that the beer is named after the best mountain biking trail in the area. It sounded too lucky a coincidence to miss, but the greatest surprise was to come.

‘John’s the guy to take you,’ they said. And that is how, early the next morning, we found ourselves at Kernville Mountain & River Adventures, adjusting the height of our bike saddles.

John Stallone is, frankly, the guy I want to be. He has run a successful and respected adventure company since 1989. He’s a passionate mountain biker and wins medals stand-up paddleboarding.

‘We heard about a trail called Just Outstanding,’ we asked him. ‘How is it?’

We loaded the bikes into his pickup, and drove steeply from the hot scrubland to where the land became wooded and the air thinned. Only as we were about to launch ourselves down a flowing trail did he tell us that he built it with a friend years ago back in the 80s. Not only created it but named it too: Just Outstanding. 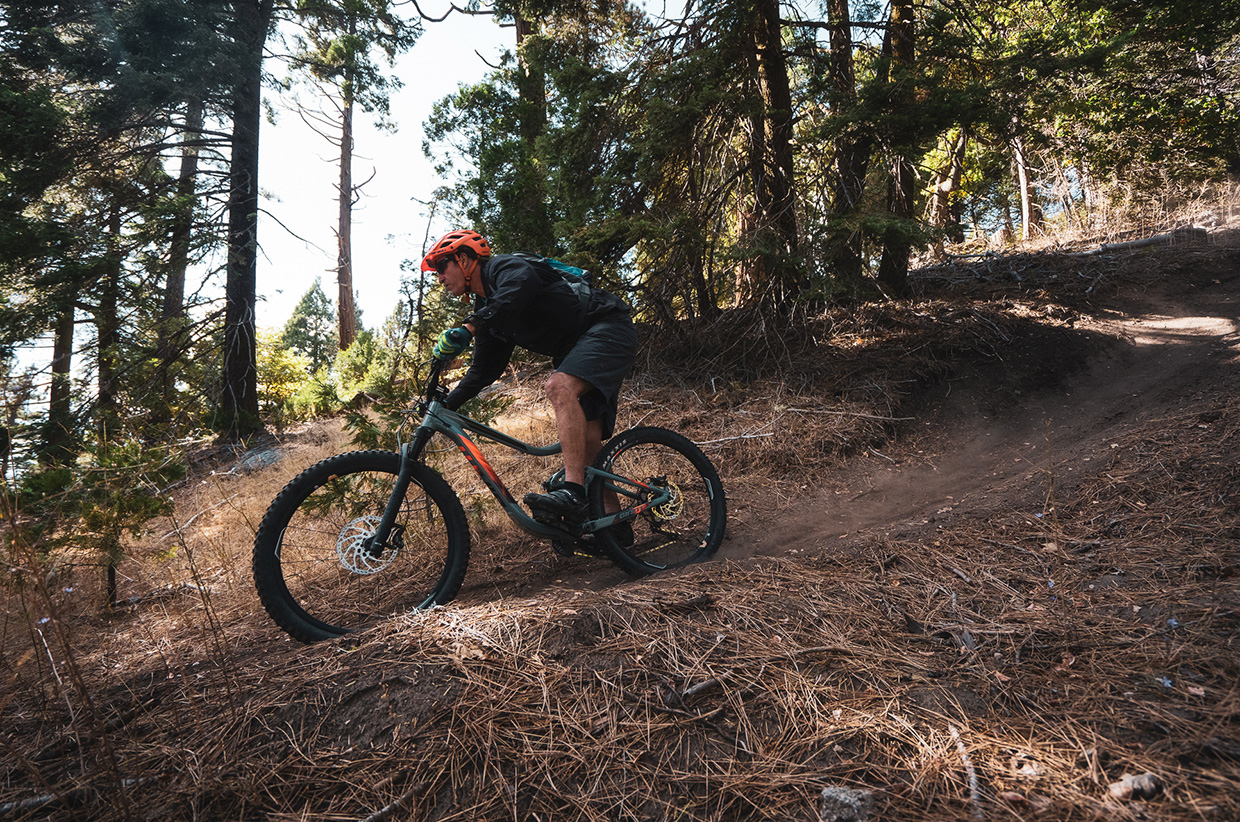 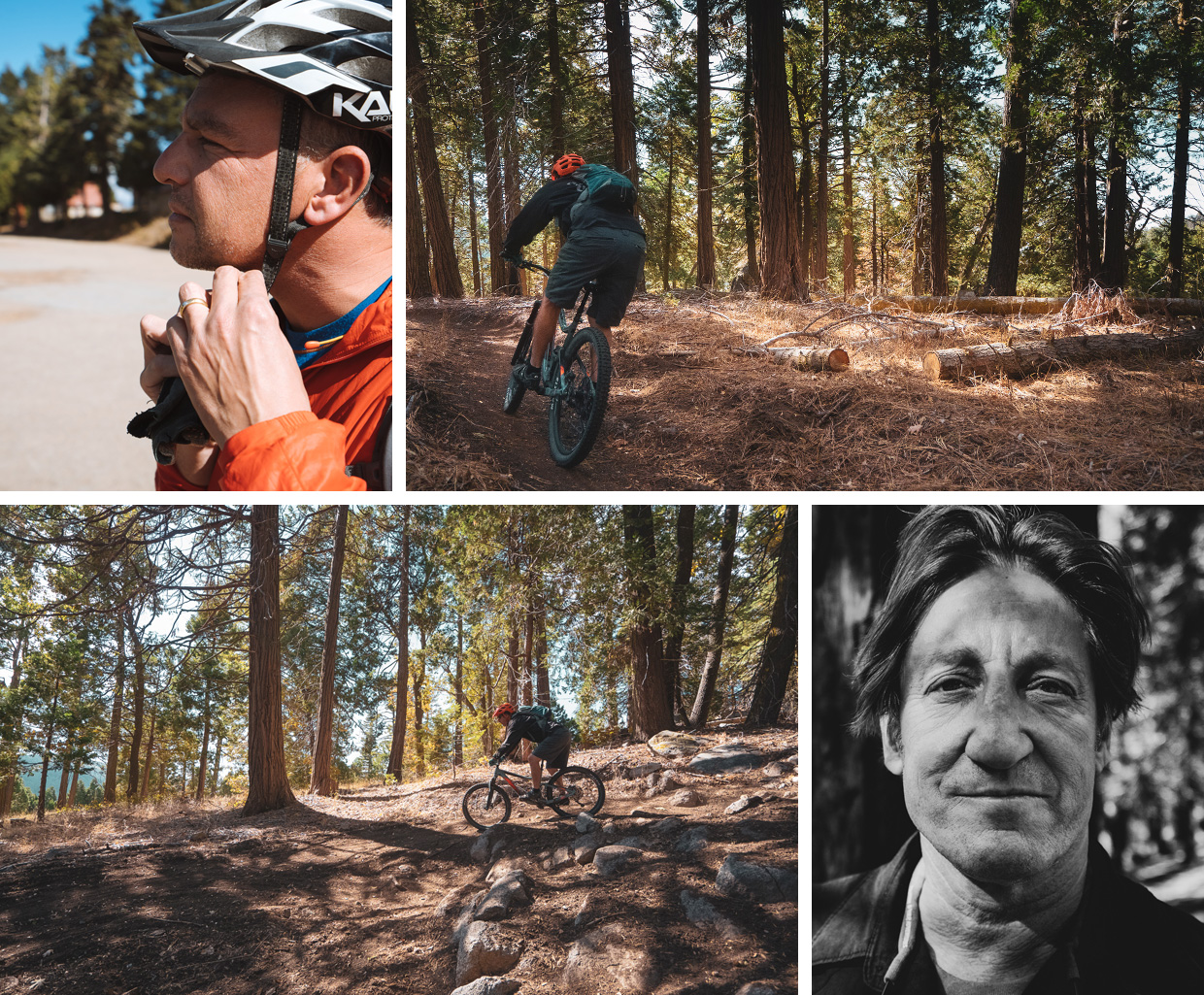 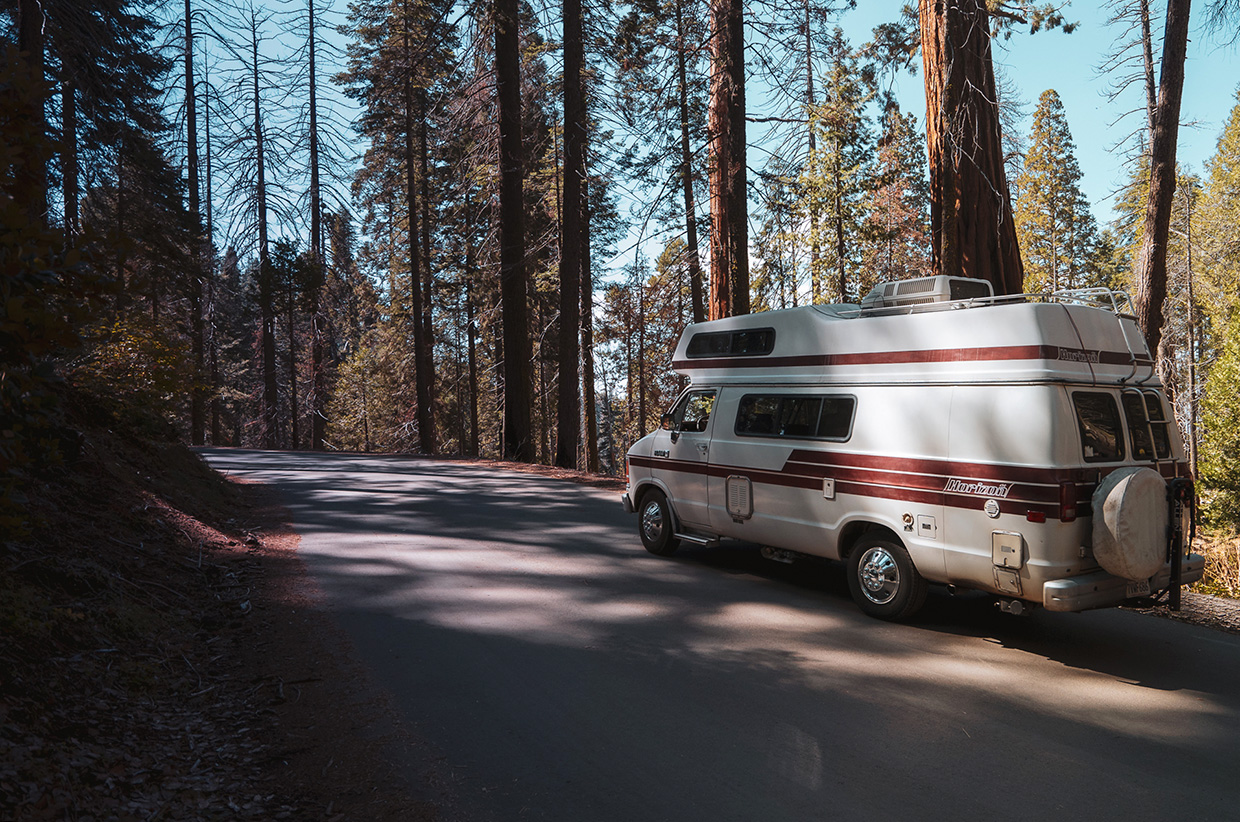 We released the brakes and followed the man who knows this trail better than anyone. Trees blurred past, faster and faster, and the bikes soared around this sweeping trail. Round trees and over roots, it dipped and wove like a roller coaster. There were no obstacles that couldn’t be spun over or jumped off. The trail had a flow I’ve never experienced elsewhere. I admit that there may have been some whooping and hollering. I may have even shouted ‘awesome’ – not something someone from Scunthorpe usually does.

We crossed fire roads, and climbed steep, sandy inclines; we ducked branches and carved around burns. We got to the bottom, and like a kid coming off a ride, we shouted ‘again, again’ and did it all again – faster. Happily dusted and tired, we made the short drive back to Kernville, and straight through the doors of the Kern River Brewing Company. Our legs were splattered with mud, our faces red. Looking around, there were other mountain bikers and paddlers, all still in their gear. It’s that kind of place. I walked to the bar and ordered three pints. Just Outstanding of course.

The map suggested it would be a pretty special drive. There were a dizzying number of curves and switchbacks, and place names such as Amphitheater Point and Marble Falls. Out of Kernville, we turned up the stereo and headed north in Bianca, our camper van. We were heading to Sequoia National Park. Someone in Kernville – yep, in the bar – had told us about a little-touched trail through the groves of the biggest trees on the planet.

Bianca panted up the crooked Generals Highway. We stopped at Moro Rock, a granite dome at the centre of the park, and climbed the 400 steps for a view unlike any I’d ever seen. Moro Rock is the best place to see America’s second-oldest national park. To the north we saw the wooded groves, a haven for trees that often weigh more than 1,000 tons. To the south, the mountains fell away 1,500m down the gnarled Kaweah River Valley. To the east the high peaks of the Sierra Nevada could be seen, some poking over 4,000m, and to the west, the foothills of the San Joaquin Valley. Everything about Sequoia National Park is massive.

We parked up at the Giant Forest Museum and learned about these wonders of nature. The giant sequoias are among the oldest living organisms on Earth, some creaking over two millennia. There are taller trees, and there are wider trees, but none with such mass. The largest, General Sherman, stands over 83m tall and weighs an estimated 1,385 tons.

Standing at the bottom and looking up, I was overwhelmed. The age, the size, the apparent immortality, the beauty – at once I felt hopelessly insignificant, while at the same time bearing the enormous responsibility as a member of planet Earth to ensure nothing ever happens to these trees.

The age, the size, the apparent immortality, the beauty – at once I felt hopelessly insignificant, while at the same time bearing the enormous responsibility as a member of planet Earth to ensure nothing ever happens to these trees. 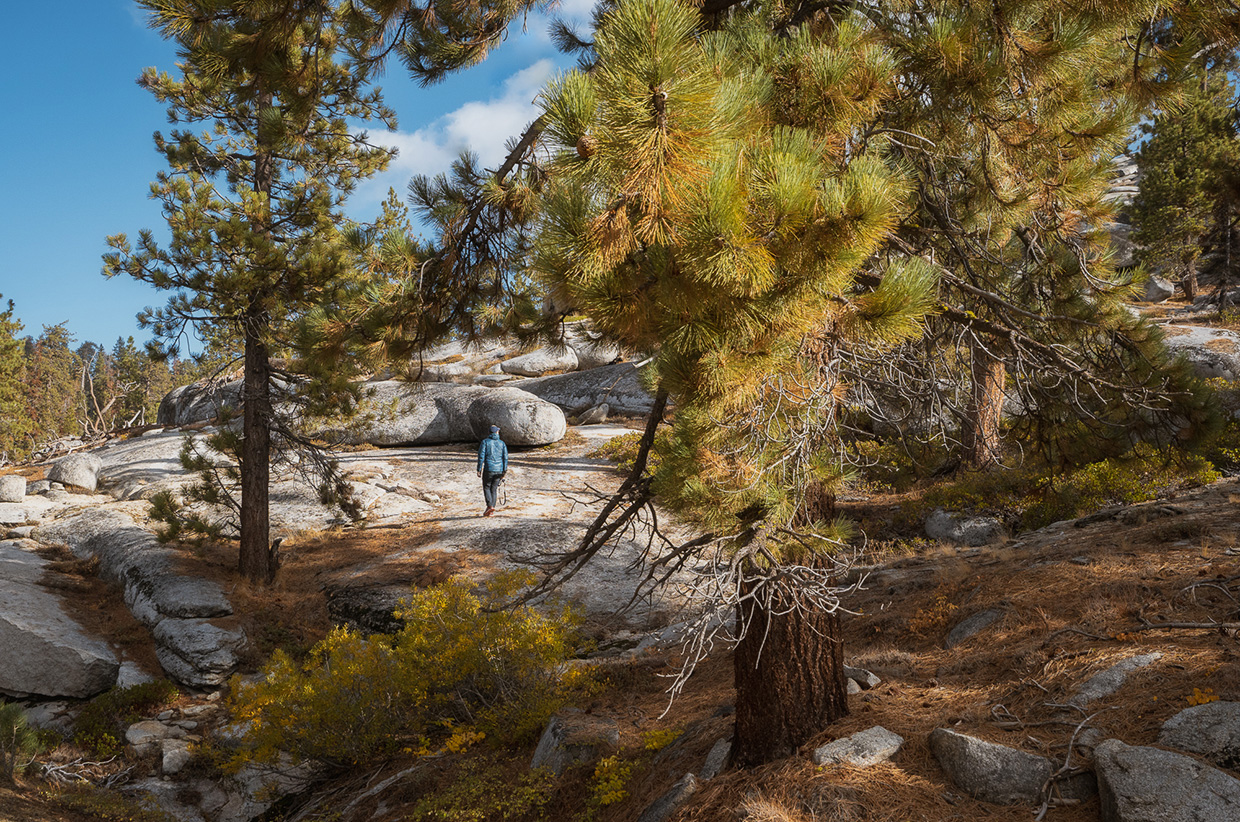 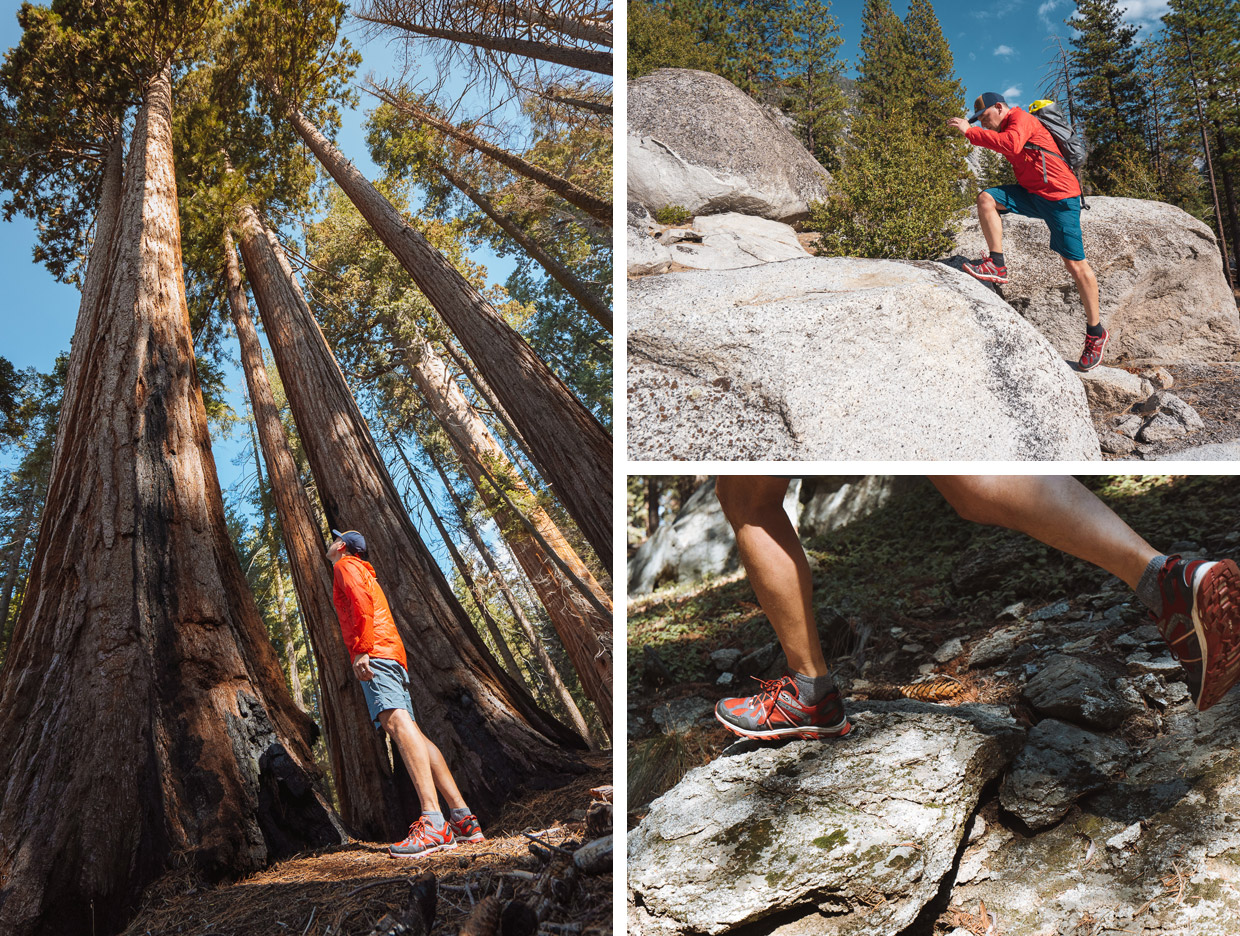 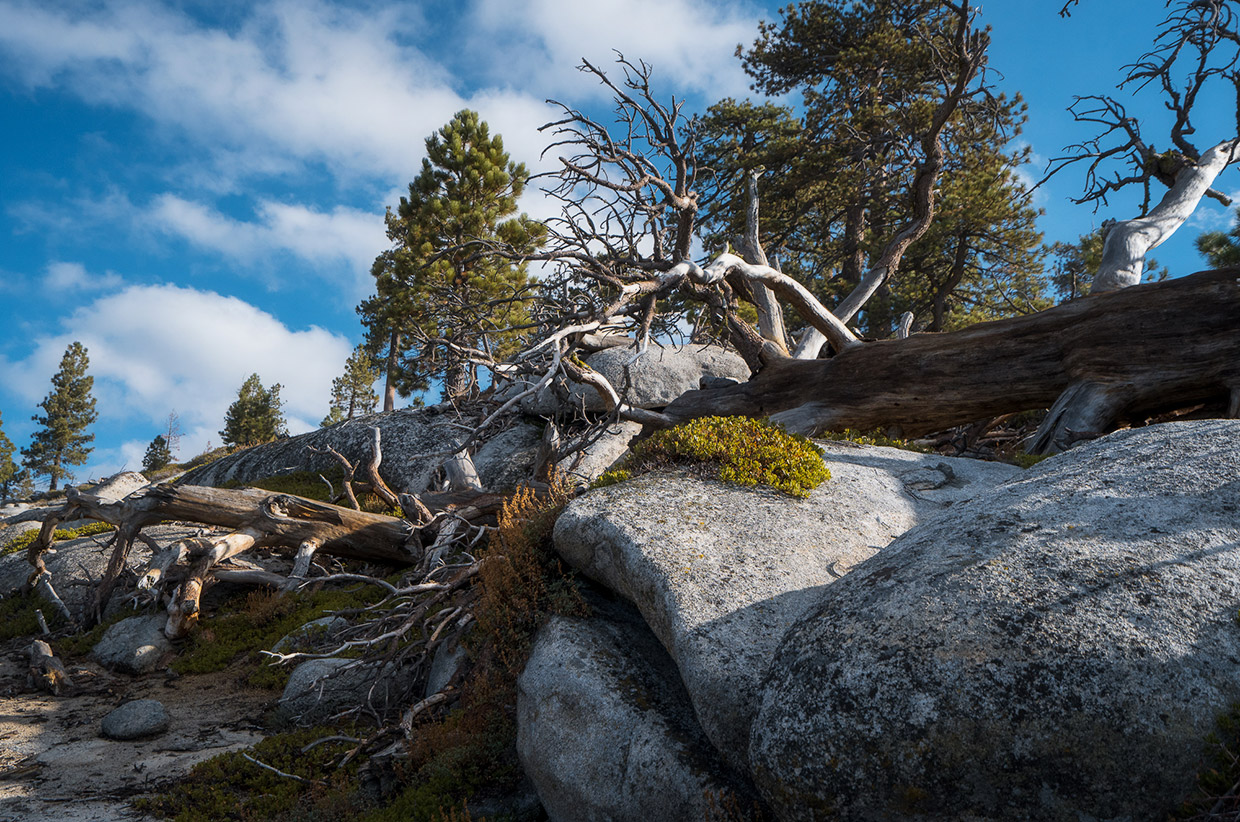 We stopped for a garter snake and chipmunks, before emerging out of the thick woods to a rocky granite outcrop known as Sunset Rock. We had the incredible view down the Deep Canyon to ourselves, the misty mountains seeming to shift in and out of focus, teasing us with beauty.

We put on trail shoes and started our run along a path eventually finishing at Sunset Rock, passing white fir and sugar pine, incense cedar and ponderosa pine and then, every 100m or so, one of the giants that stopped us involuntarily. We stopped for a garter snake and chipmunks, before emerging out of the thick woods to a rocky granite outcrop known as Sunset Rock. We had the incredible view down the Deep Canyon to ourselves, the misty mountains seeming to shift in and out of focus, teasing us with beauty.

We made the short run back to the camper van, and then on to Lodgepole Visitor Centre where we made camp, stopping to wonder at General Sherman tree on the way. A sign read: ‘Last bear sighting: 4 days ago.’

We’d arrived at the end of September – just before the close of the season – and while the car parks were full, few were staying at the campsites. In mornings and evenings we seemed to have much of the park to ourselves. It was the perfect time to visit.

Farther north, we encountered even fewer vehicles. Our destination was the end of the road, literally Roads End. We were heading as far into Kings Canyon National Park as a 1985 Dodge Camper Van could, and then we were walking.

As we drove higher towards Kings Canyon National Park, the aspect of the terrain continually changed. Smooth granite outcrops became more common; the trees were smaller, scrubby. We were entering a subalpine forest, the upper limit of trees in the Sierra Nevada.

At the Grant Grove Village, at just over 2,000m, we stocked up on provisions and continued to climb. Through the trees, grand vistas briefly opened out to the north. Eventually, the road groaned over the high point and began to descend along the South Fork Kings River. The narrow canyon enveloped us. Hawks and falcons swept above. Then suddenly the road dropped below, and the grandeur of the park opened up. At Roads End, we took off our jackets – it was warm down there. High, high above us, granite domes rose out of the land. The names suggested their aspect: Grand Sentinel, North Dome, Sentinel Dome. It reminded me of Yosemite Valley, yet where was everyone? We saw cars in the car park, but not a soul on our walk. One of the world’s most magnificent views and we had it to ourselves. 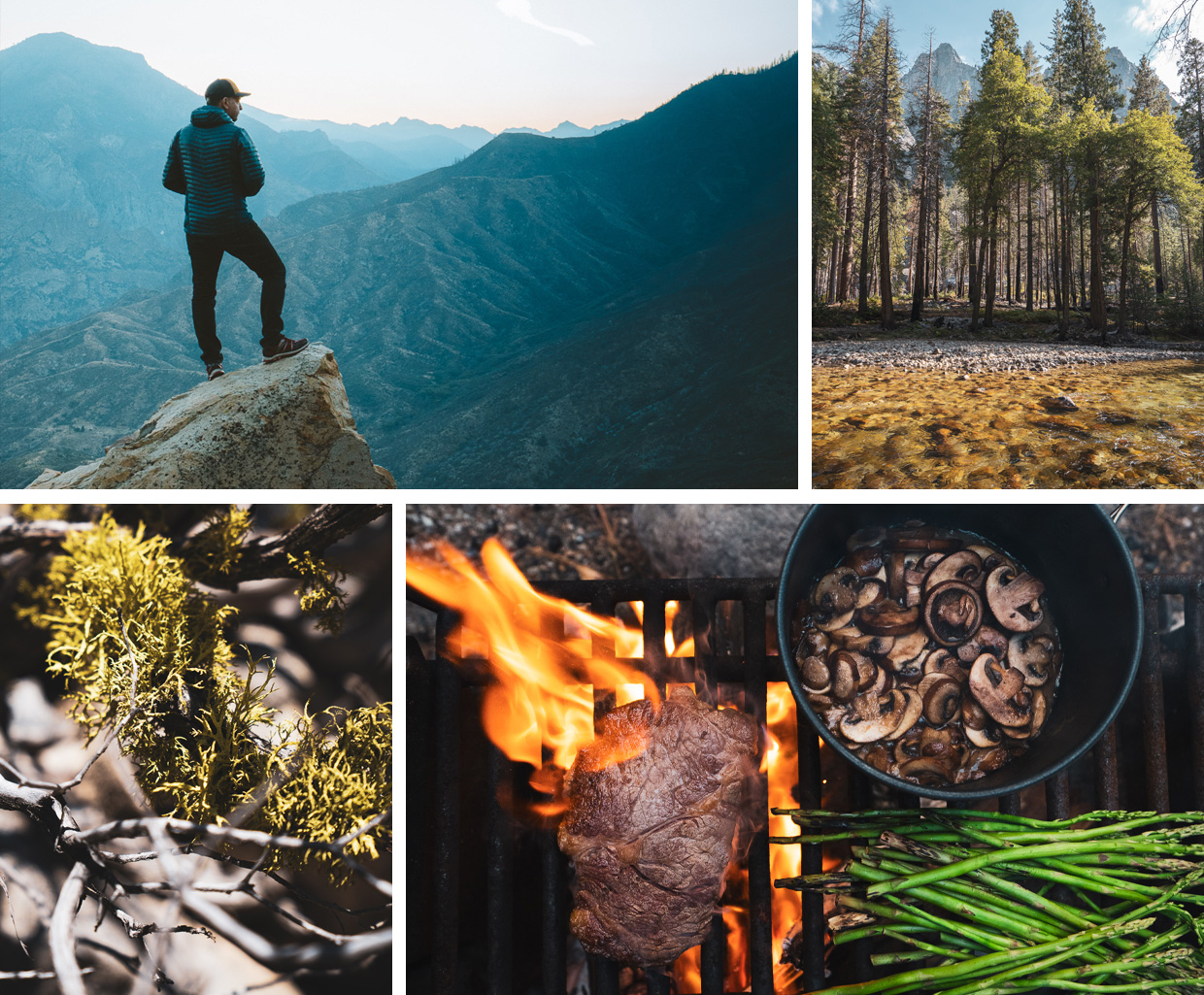 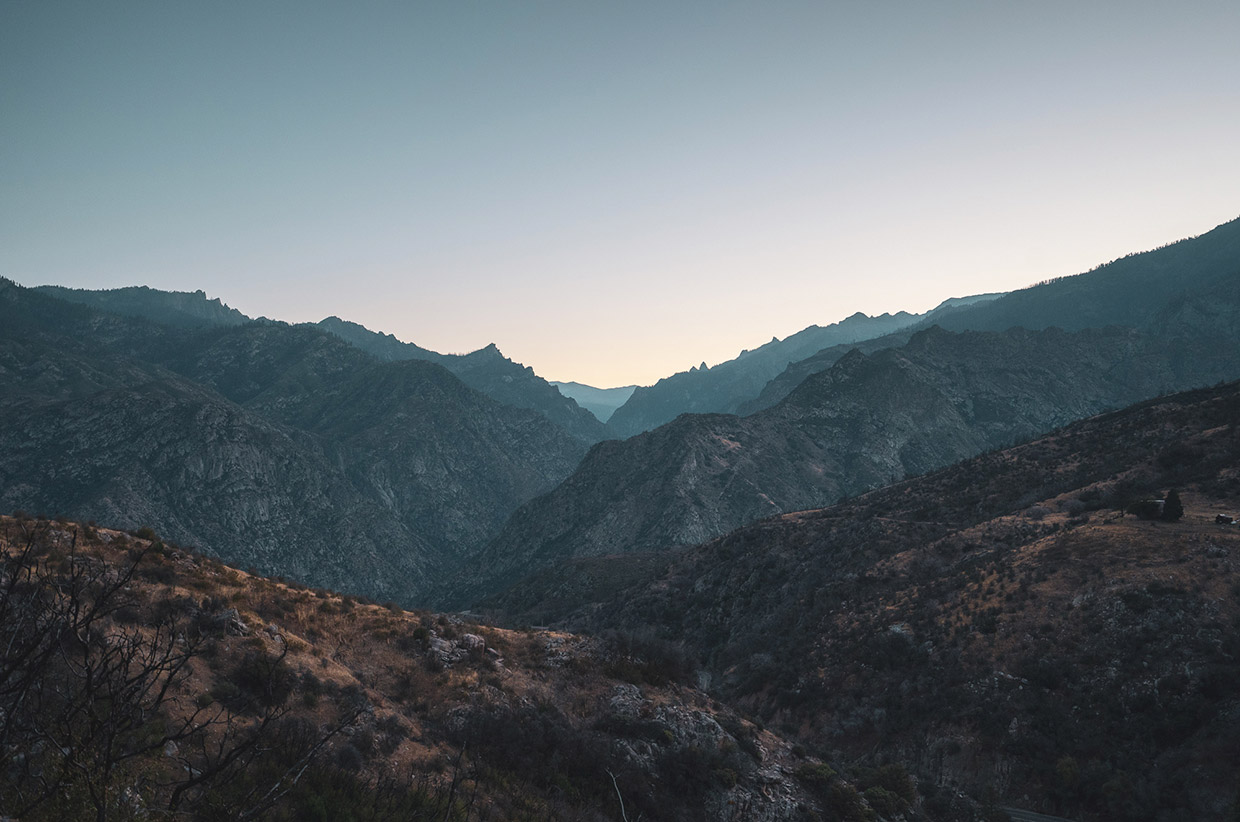 We set off up Copper Creek Trail after a ranger told us it offered the best views of the Kings Canyon. Switchback after switchback, our perspective changed. The scale of these granite monsters slowly came into relief, while in front of our feet lizards scurried in the midday heat. The greenery and meadows gradually became sparser and rockier.

At Tent Meadow, the trail noticeably cooled off, and by the time we reached the aptly named Granite Basin, Kings Canyon had shown off a vast range of landscapes.

Back on the valley floor, we spent a couple of hours exploring a jumble of house-sized boulders and splashing in the river – and still we didn’t see anyone.

At the campground, we opened beers, cooked steak over the fire, and chatted long into the night. Leaving LA almost two weeks earlier, we’d started out with only loose plans, a rough idea. In Bianca, we had the freedom to sleep where we wanted, to take unexpected turns and make the most of opportunities – led by who we spoke to, by people who lived and worked in and around these national parks. Travelling so late in the season allowed us the flexibility to move like this, freely, and at the whim of serendipity.

Kernville Mountain & River Adventures offer everything from logisical support to fully guided riding and rafting. They also have a superb campground just out of the village centre. For more information visit mtnriver.com and follow them on instagram @kernriver_mra